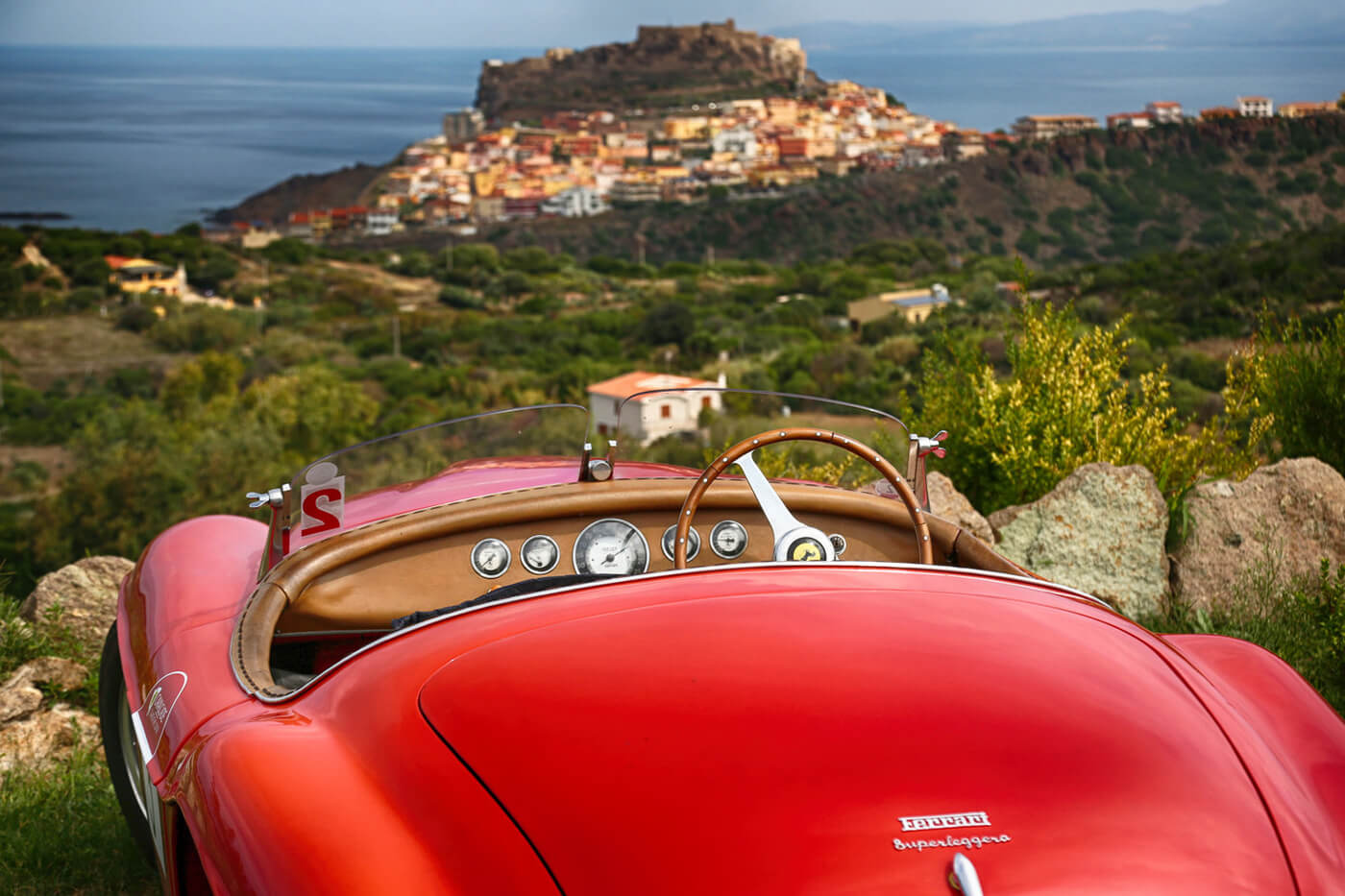 Ferrari. It’s one of those names that needs no introduction. At a mere mention of the marque to end all marques I can guess what you’re picturing: a blur of red-crested with a prancing horse tearing around winding Italian roads in the warm Mediterranean sun.

Give it some company in the form of tens of eye-wateringly exclusive collectors’ cars, a police escort and a banquet waiting for you at the end of your adrenaline-fuelled driving. Now you have the key elements of the phenomenal Cavalcade de Classiche. 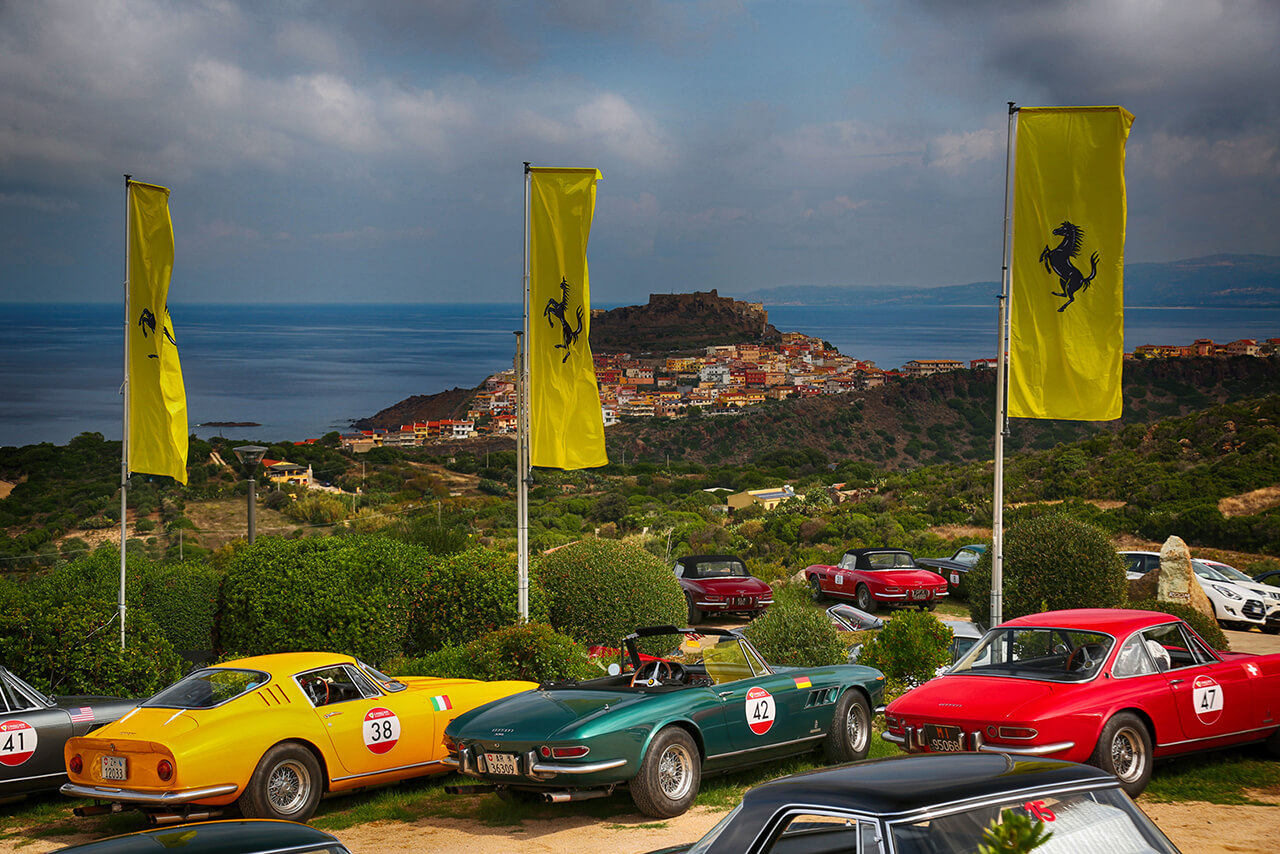 The Cavalcade de Classiche is a real money-can’t-buy experience. There’s nothing out there that can emulate it. Driving through rural Italy, escorted by the police, among historic Ferraris, while the locals pour out on to the street waving their Tifosi flags and egging you on to “press the noise” – even that longwinded description doesn’t do the Cavalcade justice.

It is a much more refined affair in truth. Having said that, when you do try to herd 70 plus vintage Ferrari owners together, there’s a strong chance they will swiftly regress back to a bunch of overexcited six-year-olds playing with their dinky toys. Try it along the winding ribbon roads of northern Sardinia, and it’s not just a chance; it is, in fact, an inevitability. 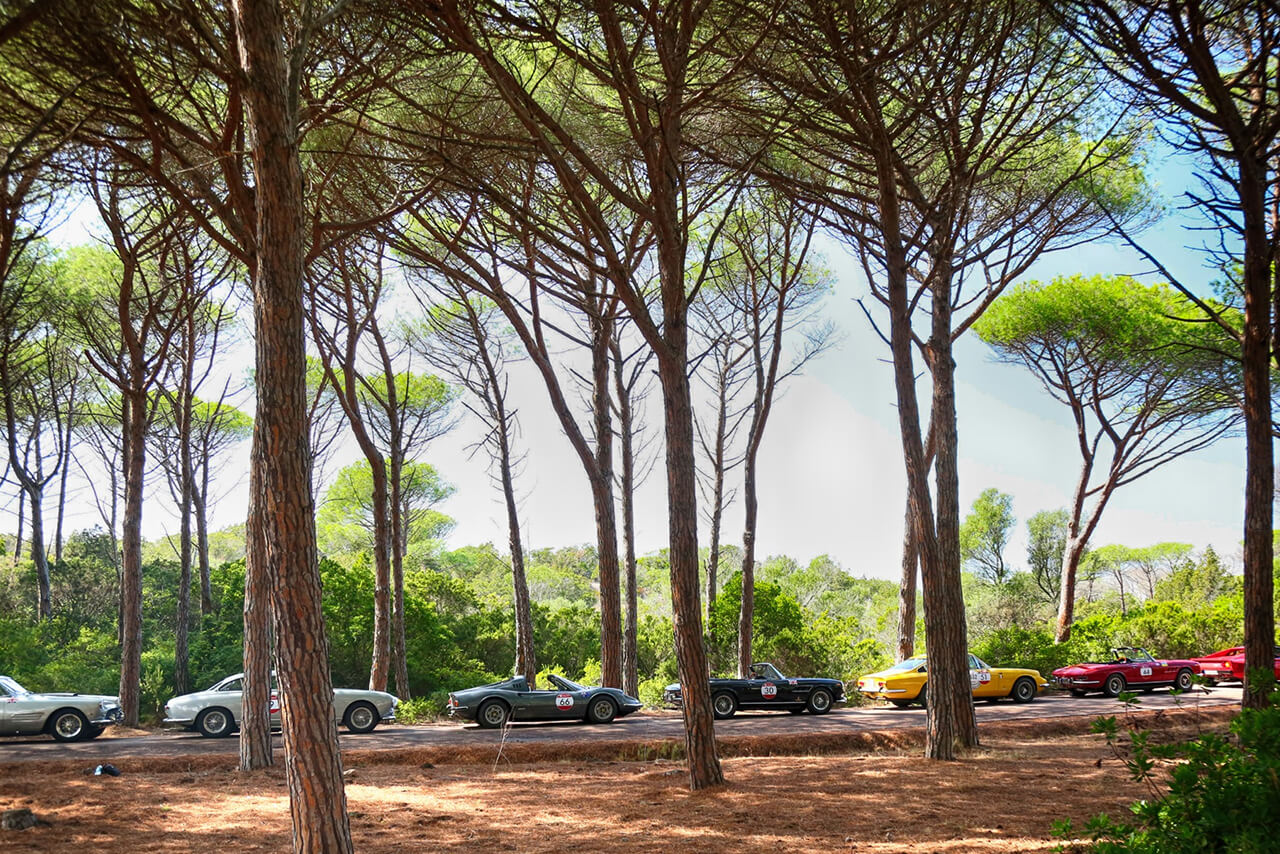 There are plenty of Ferrari owners’ clubs out there, but nothing like this. The Cavalcade has already established itself as one of the most prestigious tours on the planet, and this year’s collection did nothing to dissuade that, reading like a top trumper’s wet dream. F40, check. 750 Monza, check. 250 California Short wheelbase… you get the idea. Throw these together with a generous helping of Daytonas, some Dinos and a few 308 GTBs, and you have quite the potential insurance claim.

Last year’s inaugural event saw the prancing horses stampeding over the voluptuous rolling hills of Tuscany, ending in the historic base of Maranello. This year, the timeless charm of the rally graced Valle dell’Erica on the northernmost tip of Sardinia. Over three days we set out on timed stages experiencing the stunning azure-lapped coastline of northern Sardinia, via immaculate roads that manage to emulate all corners of your favourite racetrack. 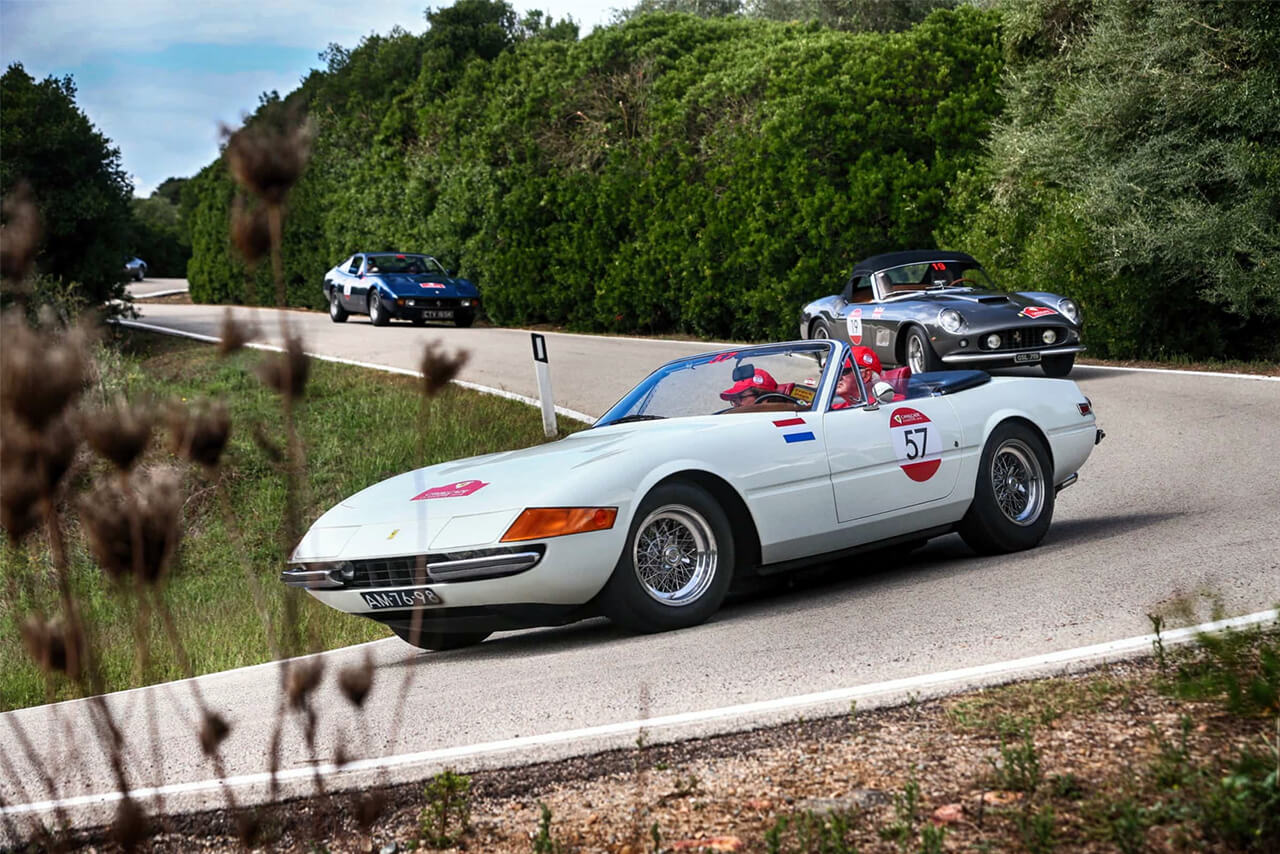 As you can expect, there’s an equal mix of posturing and appreciation among the drivers. The rarest cars are greeted with appreciative nods and murmuring off the road, a serious competitive edge on. This isn’t a serious racing affair of course – it’s a jolly – but when you’re encouraged to put your police escort through their paces, who could help it? 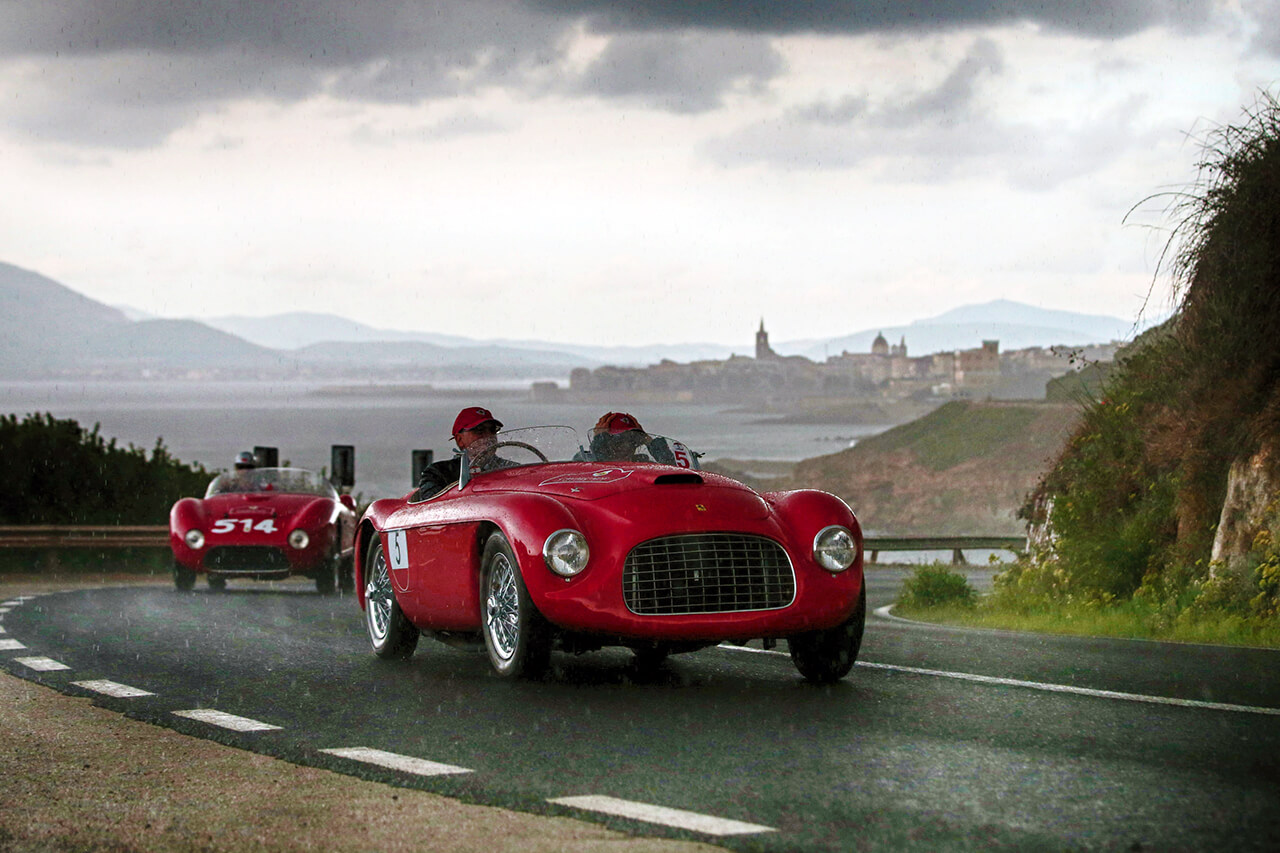 Although I wasn’t quite gifted an F40 or a 250 California for my day’s driving, I was behind the wheel of something extremely well-equipped for the task ahead, even if more modern. With a 0-60mph time of 3.5 seconds and a modern chassis, suspension, brakes and drivetrain, the new Ferrari Portofino has, on paper, a distinct advantage over the historic cars on the rally. Tearing through its natural habitat, though, it felt that wasn’t the case. 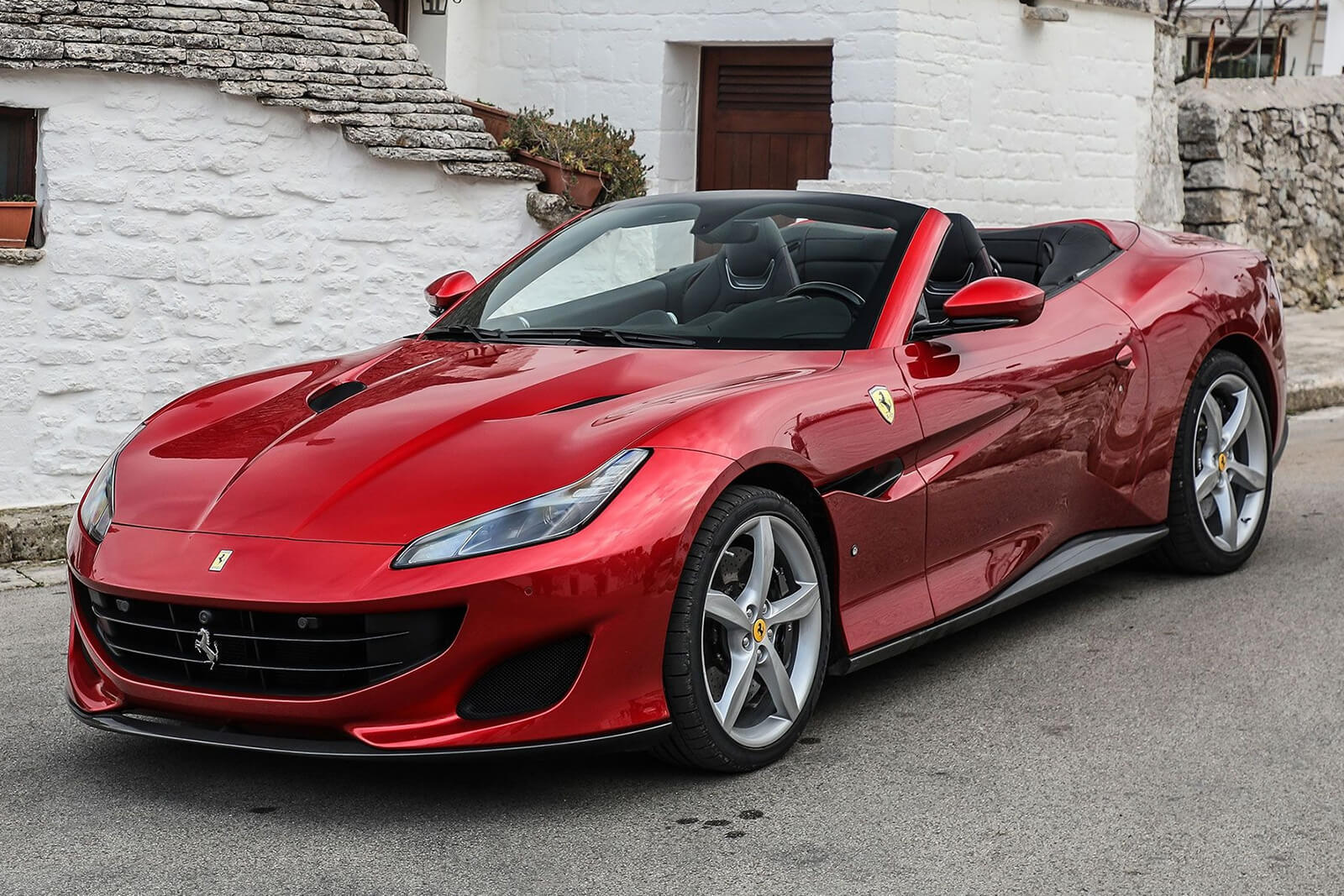 Of course, as I was only there for a day I wasn’t able to experience the full extent of Italian hospitality the Cavalcade is offered. A new hotel every night, complete with different restaurants, more extravagant Sardinian dishes, ever rarer Italian wines… the organisers really know how to cater to their audience. 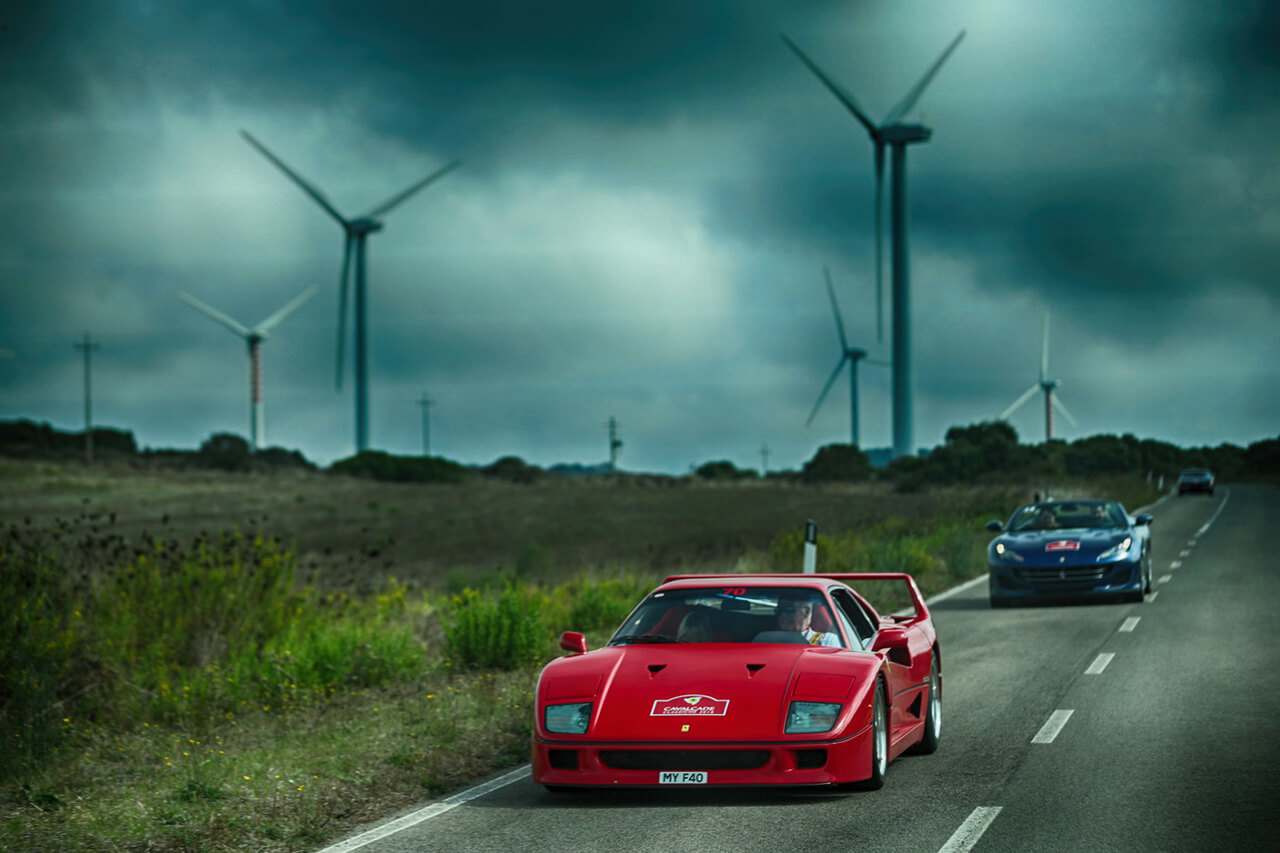 That night I was awake until the early hours, not because of too much red wine and rare steak, but because I found myself searching ravenously for the most affordable 20-year-old Ferrari you can buy. I don’t know yet where next year’s edition will run, but I’m determined not to miss it. Yes, the Cavalcade de Classiche is a money-can’t-buy experience, but I’ll be damned if I make it once-in-a-lifetime, too.

New materials and an updated design mark a subtle overhaul of Baltic’s flagship diving watch in the...

Tudor’s new Pelagos 39 increase’s the professional diver’s wearability without sacrificing any of...