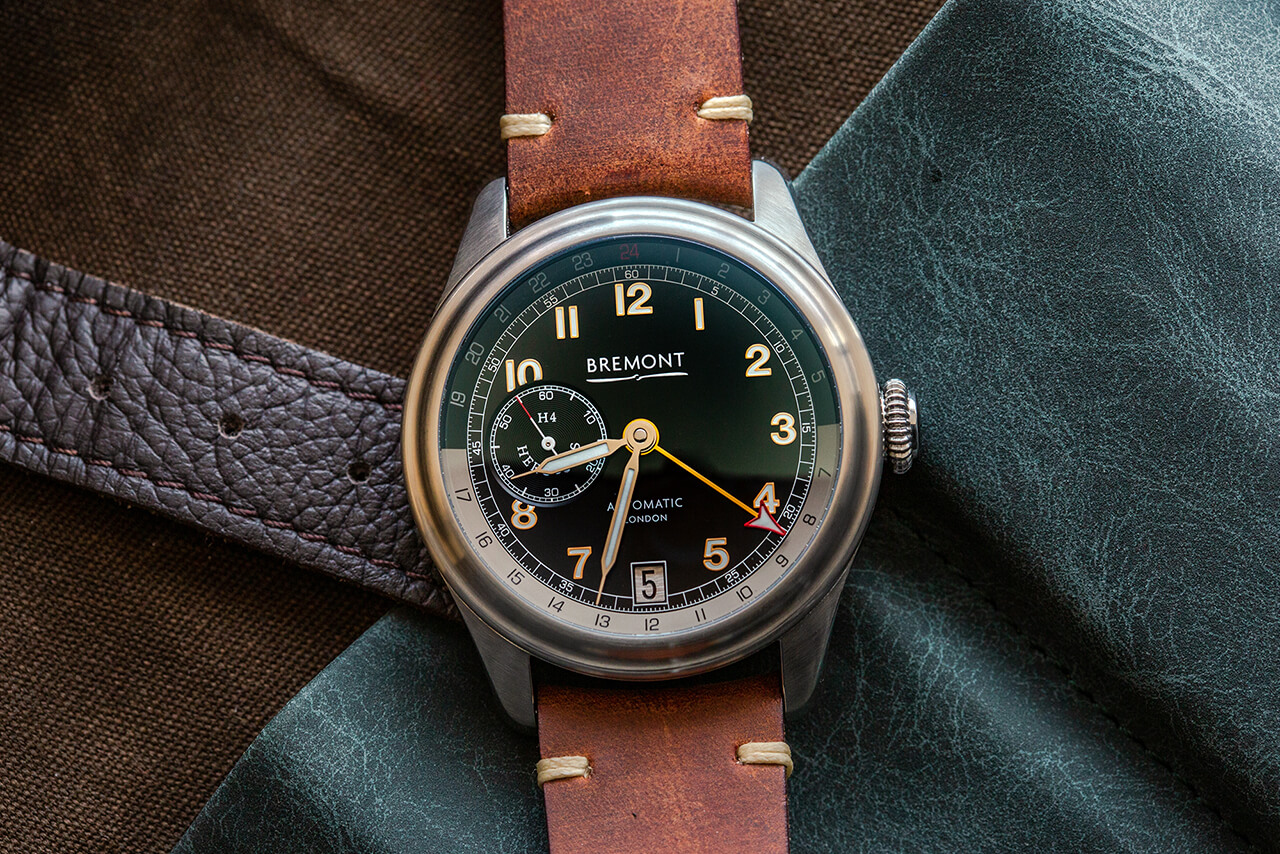 With its Armed Forces collection taking up most of their attention earlier in the year, it’s been a minute since Bremont’s last tribute to aviation history; that would have been the Supersonic, its ode to Concorde. Still, you can’t keep a good dash of novelty down and now it’s the turn of the H-4 Hercules – better known as the Spruce Goose.

Bit of background before getting too deep into the watch itself. The Spruce Goose, for those not obsessed with vintage aircraft, is an American national treasure which at its initial flight in 1947 was the largest, most ridiculous aircraft ever built, a testament to obsession bordering insanity. There’s a hell of a story behind it, just one that deserves a little more detail than I’m going to give it here. 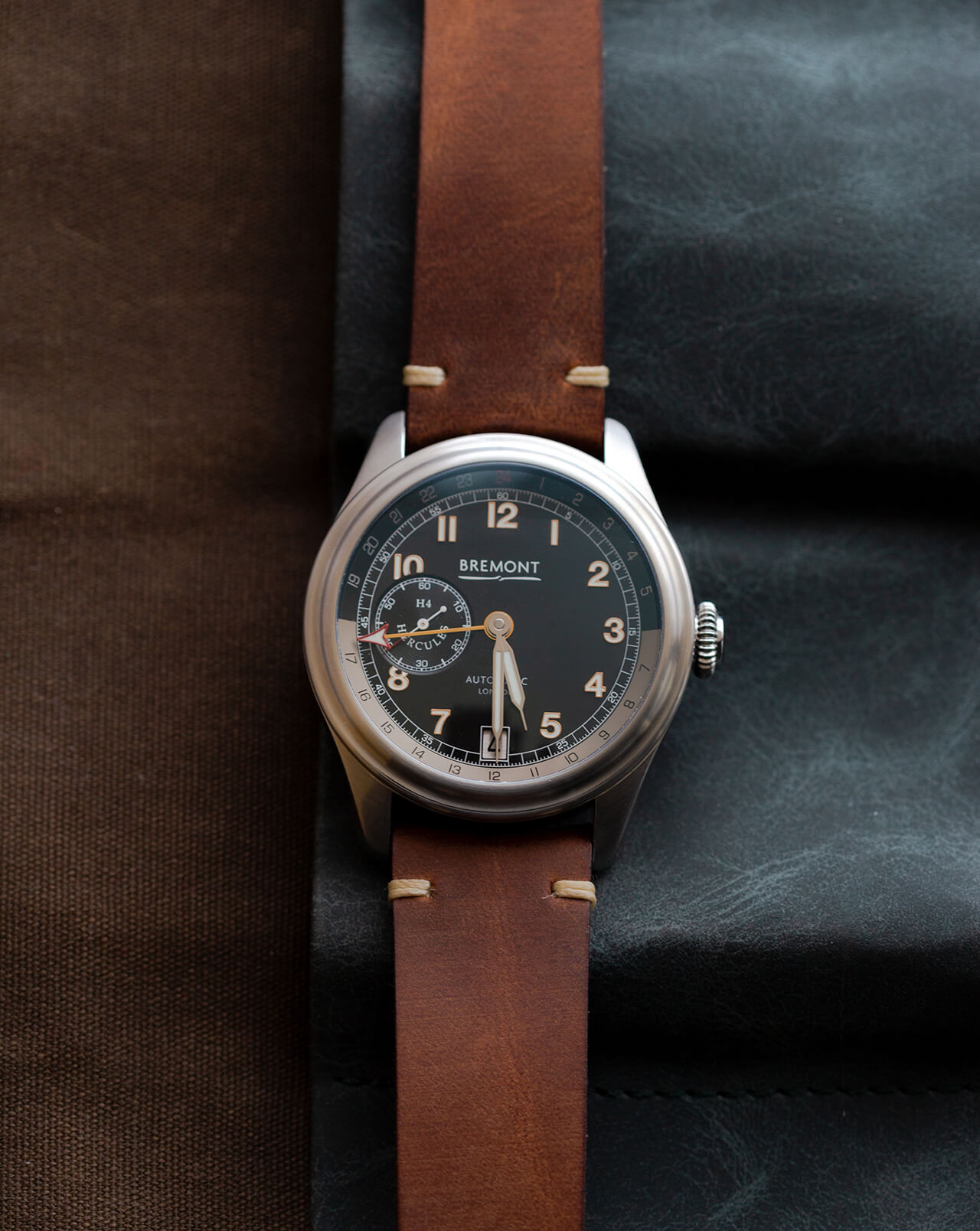 The watch on the other hand is very much a tried and tested formula for Bremont. This being a limited edition, they have of course used the charmingly bulky Trip-Tick three-part case rather than the cheaper two-parters that make up the Armed Forces collection, available in rose gold, platinum or, in this case, steel.

At 43mm in diameter it’s not a small watch but suits the dial dimensions nicely. If it were any smaller the 24-hour inner bezel would be awkward to read, making the shiny new GMT hand as redundant as the Spruce Goose itself. As it is, the 1940s inspirations are in full swing with a few hints of vintage brown on the day/night indicator and around the numerals. I love everything about it. 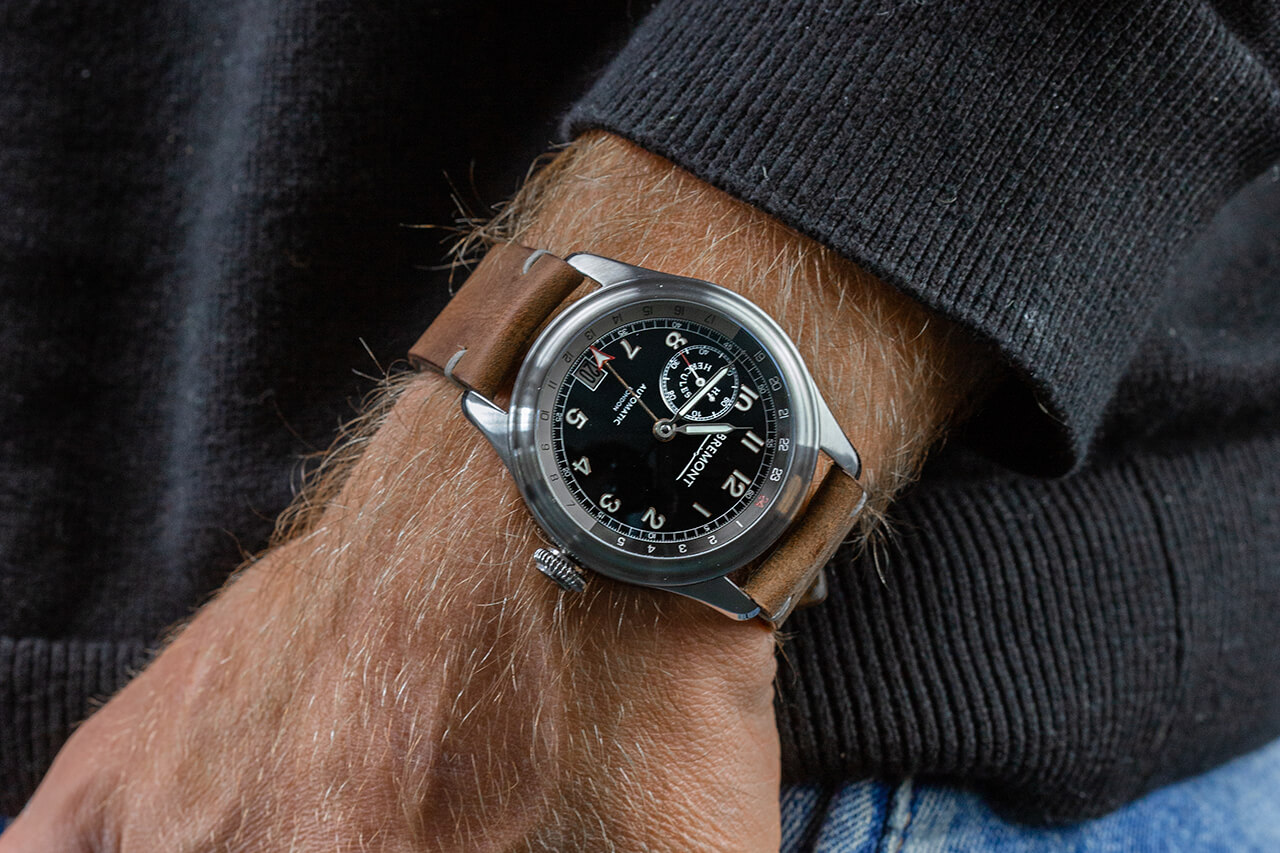 Otherwise, the H-4 is pure Bremont which, of course, means incorporating a relic from the original Spruce Goose. Well, two, actually. The first is the propeller-shaped rotor, which uses birch from the H-4 Hercules’ fuselage. The other is a piece of aileron fabric used in the packaging.

I get why Bremont opted for the propeller rotor; it ties in nicely to the whole story and is a great way of using the birch. I just find it a bit kitsch. It’s like an Omega with ‘007’ written all across the dial – the difference being you don’t need to stare at it the whole time.

It’s a shame, because the rest of the movement is a damn fine one, a GMT-equipped take on the BWC/01 movement from Bremont’s last historical take-off with the Wright Flyer. Designed by movement house La Joux Perret, it’s arguably the finest movement in the collection.

Which is probably why the H-4 Hercules is so overpriced. I say that as someone that has little connection to the Spruce Goose in any way; I’m not a vintage aircraft obsessive and I didn’t particularly know it’s story before this watch, just in passing Simpsons references.

Therefore a price tag of £9,495 for a steel GMT is just too much. Other than the birch rotor and slightly upgraded movement, I don’t see much to justify it other than the fact that this is a limited edition. It’s great-looking, but that’s just because it’s a slightly vintage-slanted Bremont.

Maybe that’ll change and Bremont will release a non-limited edition version for closer to £6,000. If that happens I’m firmly on board; until then it’s much like the Spruce Goose itself – a great spectacle but a practical impossibility.