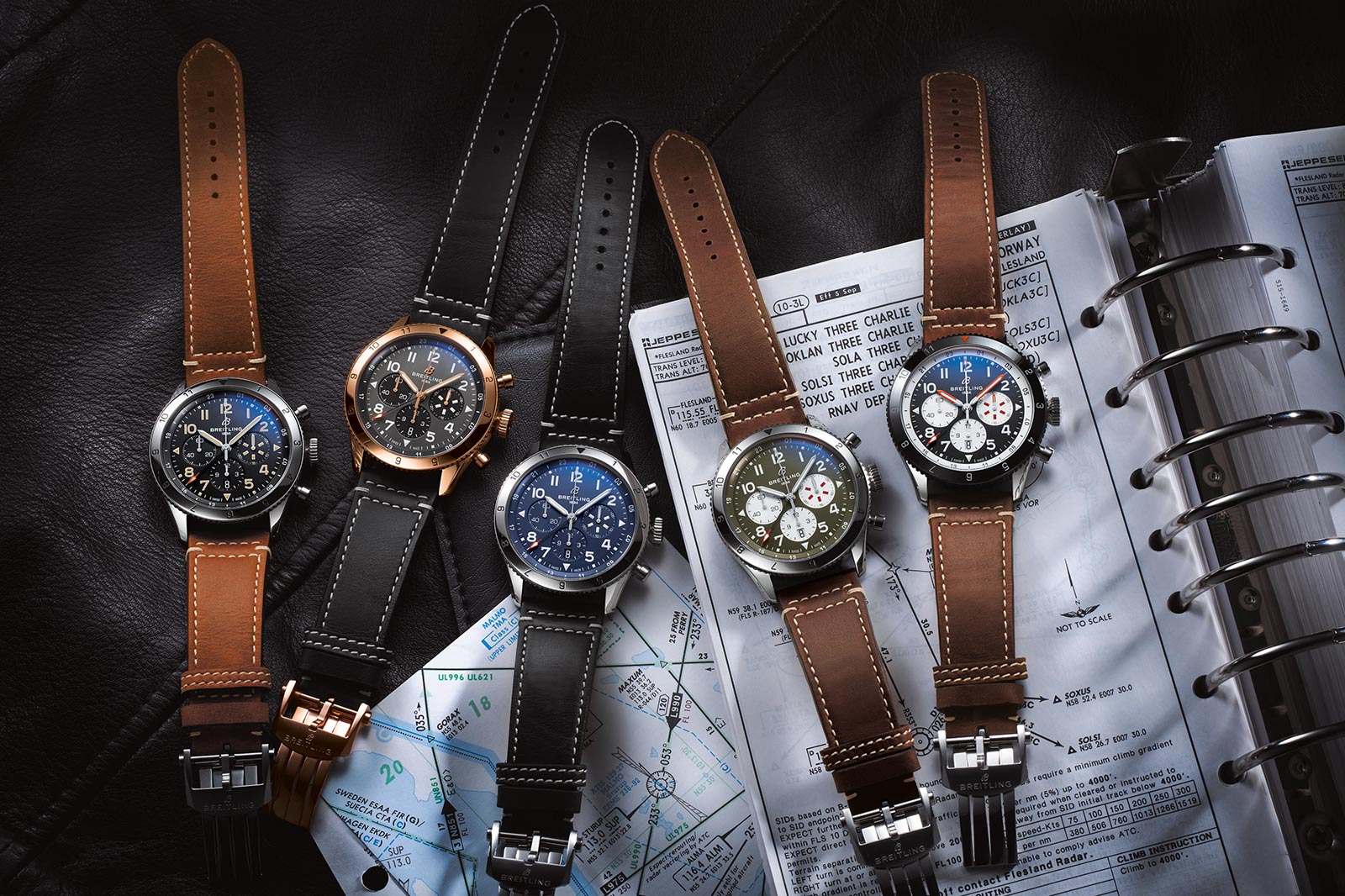 Last year Breitling released the AVI Ref. 765 1953 Re-Edition, a rugged and less-technical cousin to the Navitimer. Now the design is set to become a Breitling staple with the launch of a new Super AVI collection inspired by the Re-Edition. The debut watch is called the Super AVI B04 Chronograph GMT 46, with five versions available, each named for one of four famous WWII aircraft.

While there are five distinct versions, the technical specs are largely the same. They all have 46mm diameter cases with 100m water resistance. An oversized crown sits at 3 o’clock flanked by the two chronograph pushers. Four of the watches are stainless steel with the fifth Breitling boutique exclusive edition made from red gold. Similarly, four of them have knurled bezels in case-matched materials while the last features a ceramic bezel instead, albeit not the boutique edition this time. 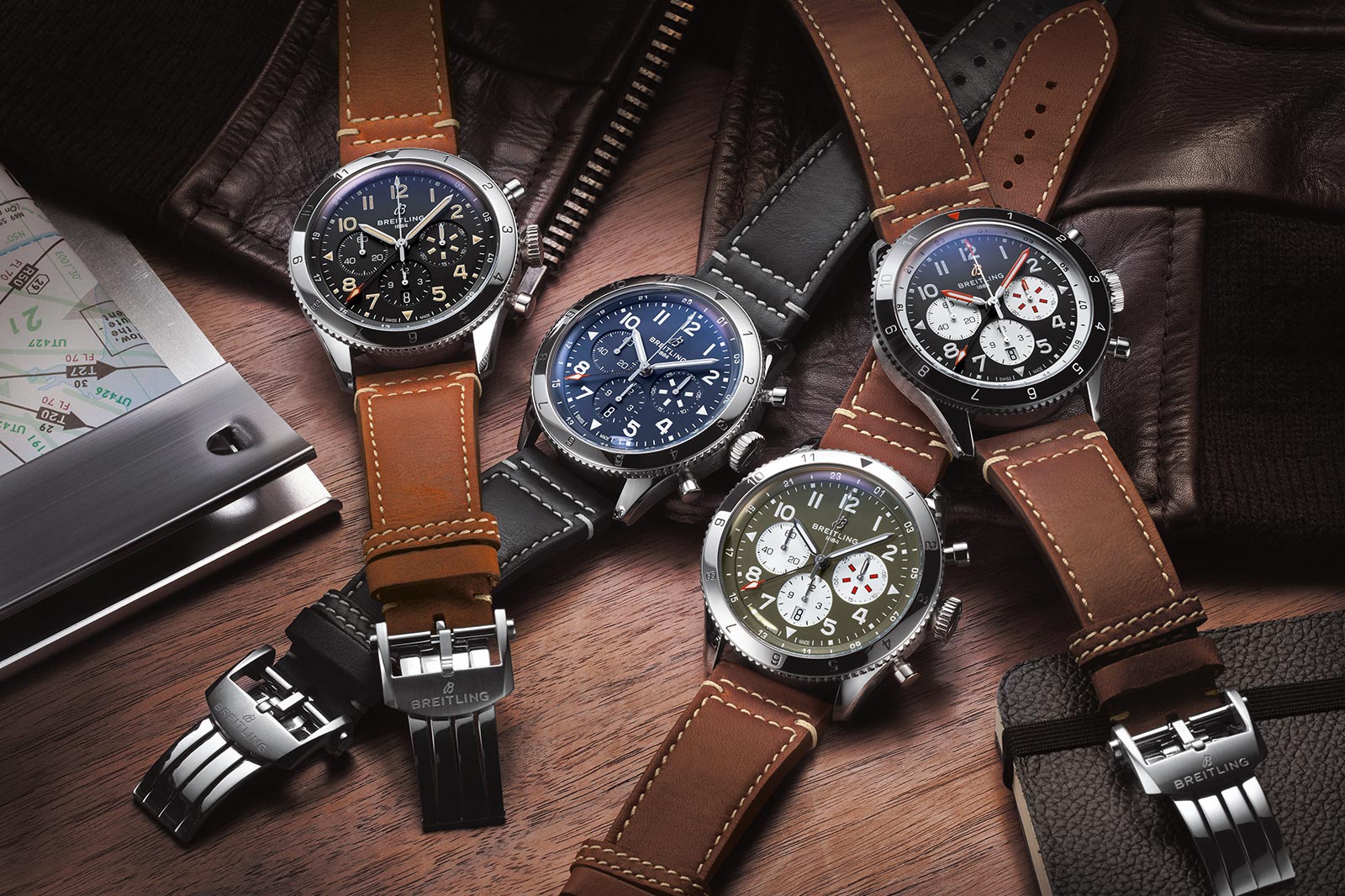 The dial layouts are also the identical, even if the colours vary widely from reference to reference (we’ll break that down momentarily). It’s a tricompax chronograph display with small seconds at 9 o’clock, a 12-hour timer at 6 and a 30-minute timer at 3. A date window also intersects with the bottom subdial. A red-tipped GMT hand points towards a 24-hour scale that occupies the periphery of the dial, in place of a chronograph’s traditional tachymeter, to provide a second time zone function.

Inside, they all house the Breitling B04 calibre automatic movement with a 70-hour power reserve. This is perhaps the largest deviation from the original Re-Edition, because that watch housed the B09 manual movement. The B04 is generally an easier movement to use because it’s self-winding and has additional functions like the date, which was absent on the original

Right, let’s get into the nitty gritty of the five versions. As mentioned, each pays homage to a particular WWII plane, in a similar manner to Breitling’s recent car livery Top Times. 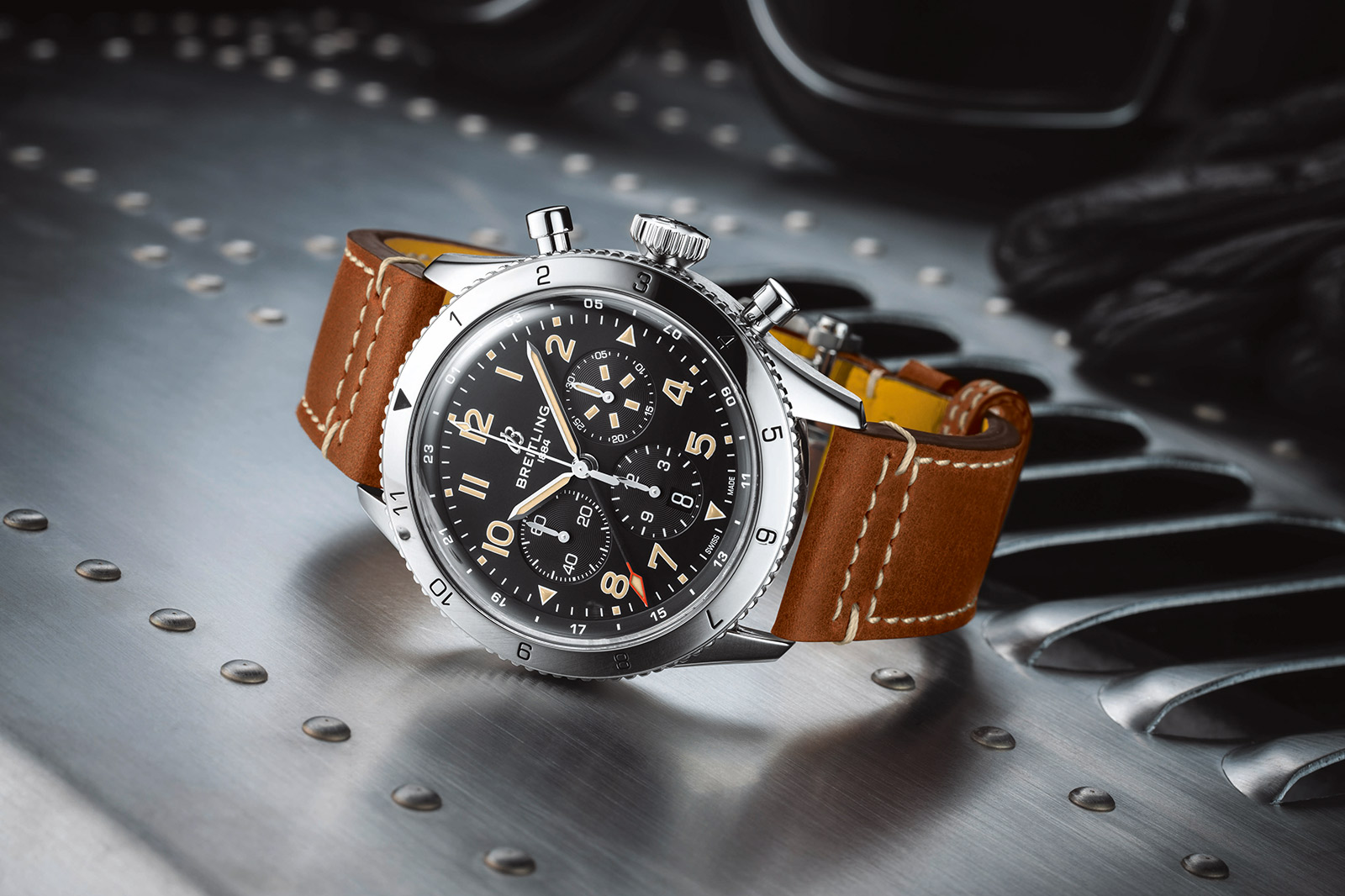 This one draws its name and inspiration from the P-51 Mustang, a superb all-round fighter plane from 1940, which far outperformed expectations given its mere 120-day development schedule. The plane’s likeness is found in filigree on the sapphire caseback. This is the most quintessential version of the Super AVI B04 Chronograph GMT with a simple black dial, vintage-style beige Arabic numerals and a stainless steel case. 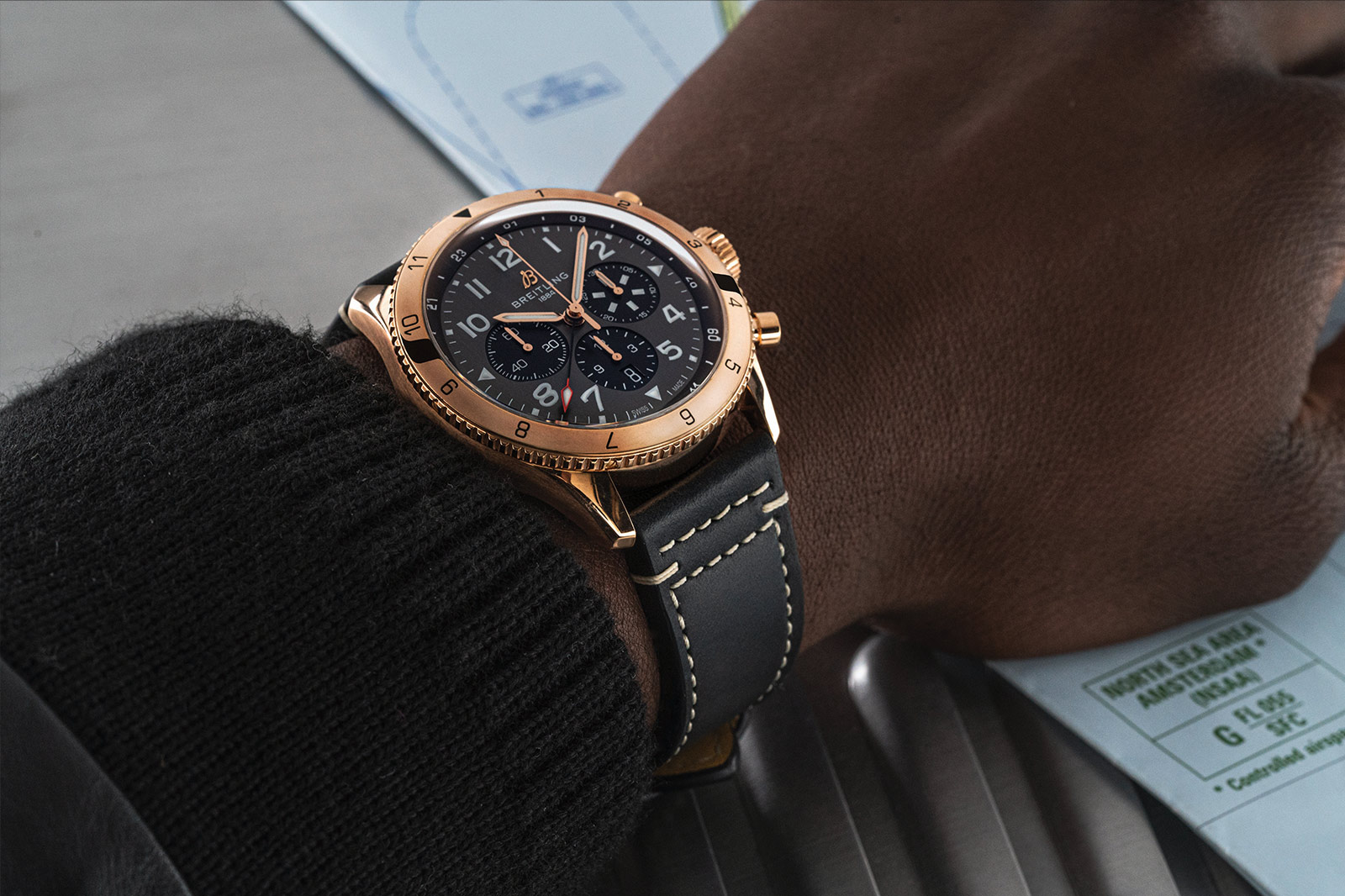 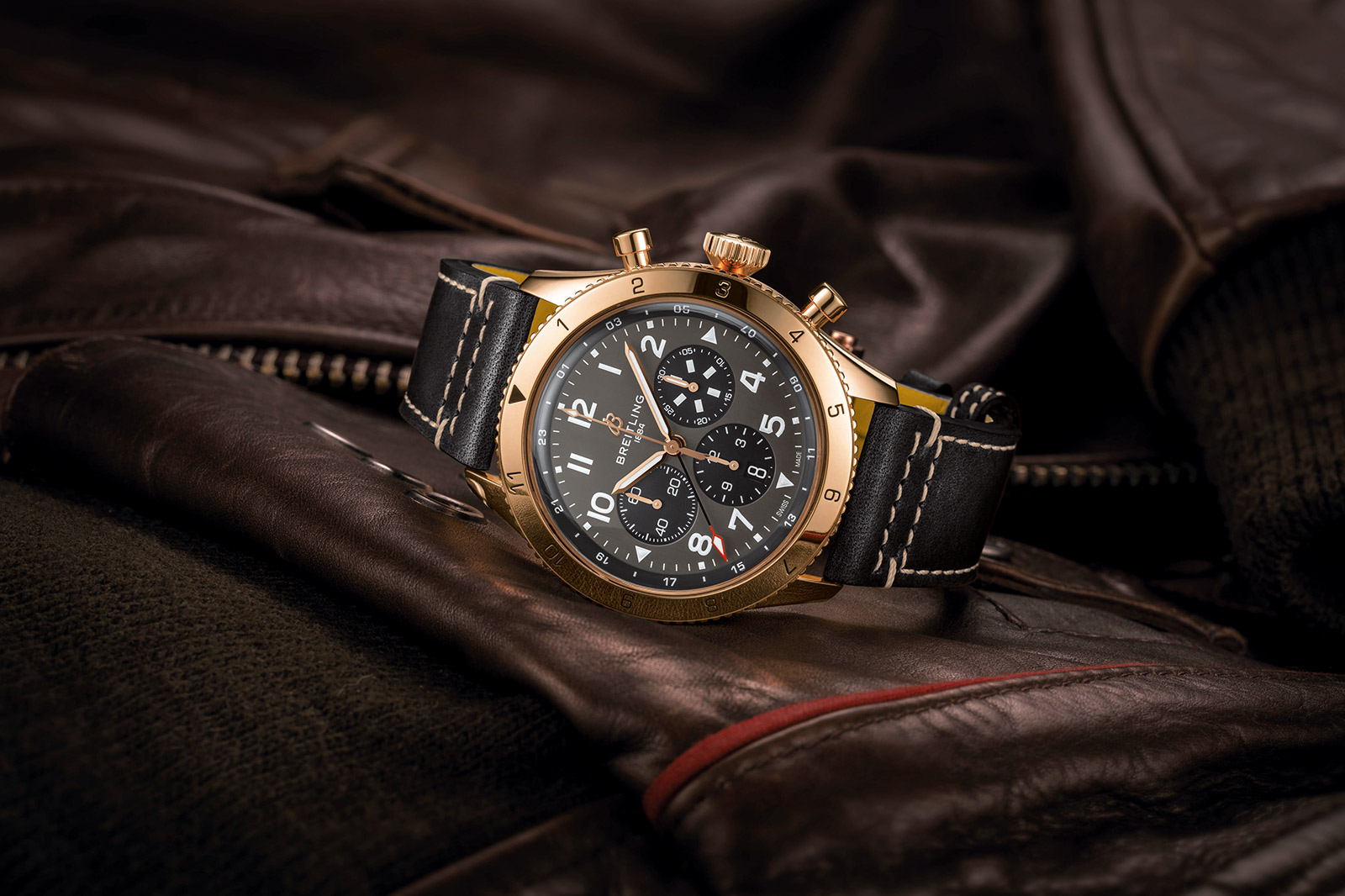 It’s the P-51 Mustang version that’s been given the boutique exclusive variation in 18k red gold. It is only available in Breitling boutiques and online through the official Breitling store. The case is clearly the main difference but the dial has also been changed, now sporting an anthracite colour with black subdials and white numerals. 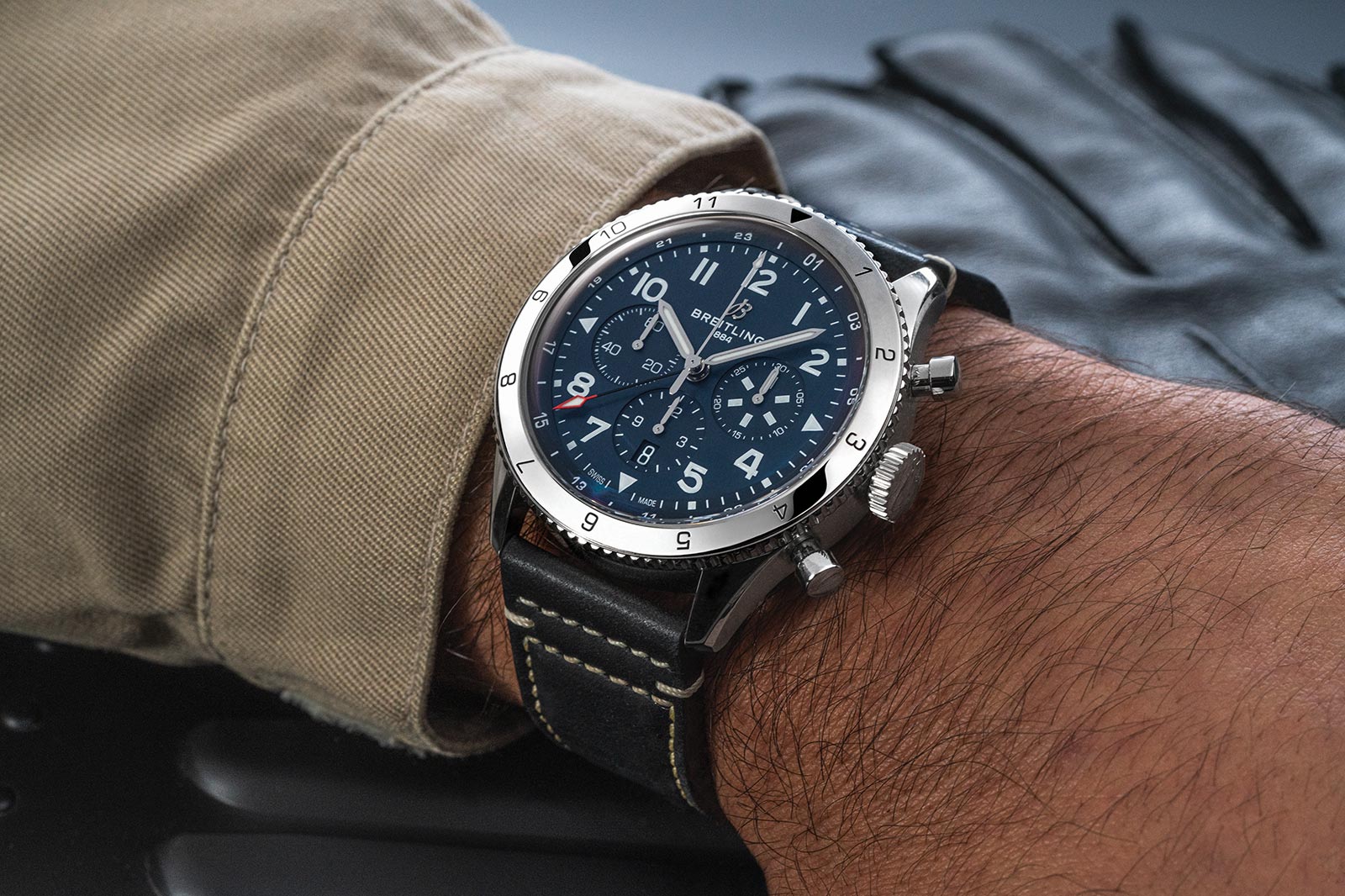 With a name like Corsair, it’s little surprise that the aircraft behind this watch was a WWII navy plane. It was famous for being able to take off from particularly short runways and for its blue colouration, something that is reflected in this watch’s blue dial. Other than that, it’s more or less the same as the others. The distinctive ‘bent-wing’ appearance of the plane is depicted on the caseback. 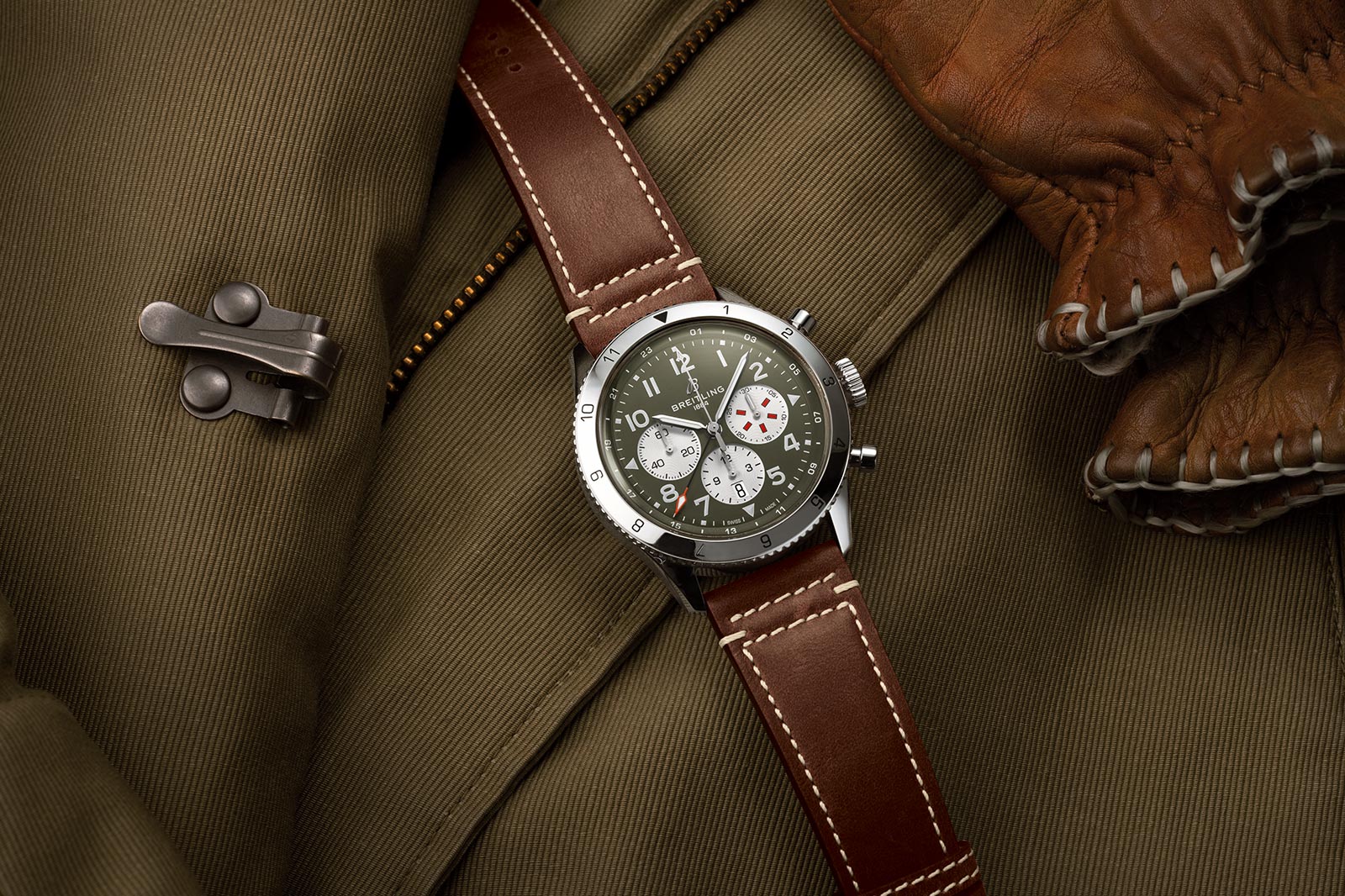 The Warhawk is a pursuit fighter from 1938 and has one of the most iconic paintjobs in aviation history with the iconic shark mouth nose art. Arguably the most poster-worthy plane ever – in fact this isn’t the first time Breitling have turned to it for inspiration with a couple of Aviator 8 watches drawing on it. Like those previous Warhawk editions, the Super AVI has a military green dial contrasted with white subdials and red accents. 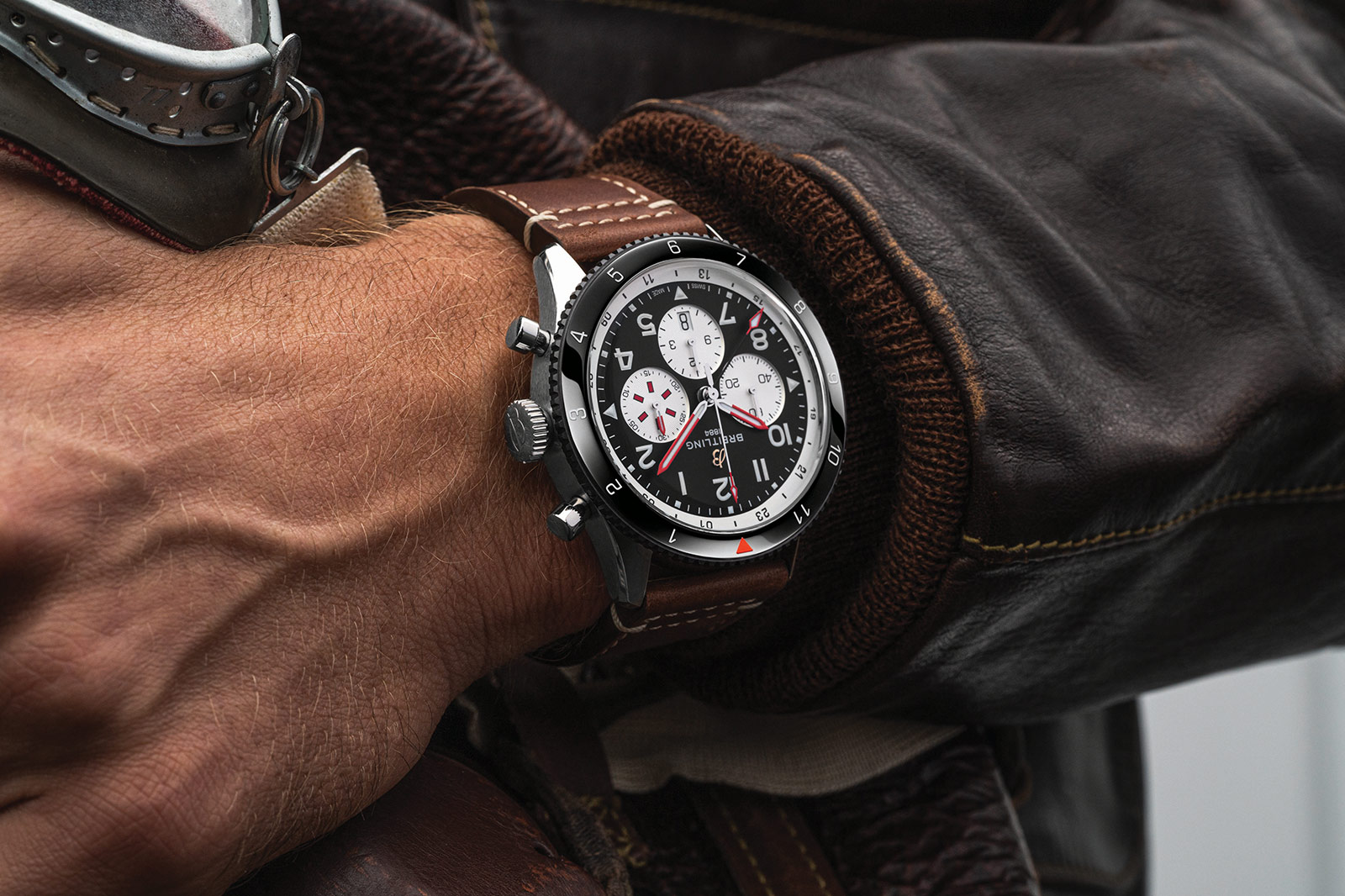 Lastly there’s the de Havilland Mosquito, also known as the Wooden Wonder. It was a plane designed to handle the steel shortages that affected the era by replacing many components with wood, coincidentally giving it superior manoeuvrability. The watch that takes its name is a black and white colourway in the style of a reverse panda, a fact emphasised by its black ceramic bezel.

Each colourway is interesting in its own right, although personally I prefer the regular edition of the P-51 Mustang. The Super AVI has a more technical appearance than the Re-Edition it’s based on, bringing it more in line with watches like the Breguet Type XX. In fact, it’s shockingly similar.

It’s a little bit of a shame that the design isn’t entirely innovative, a disappointment which can be compounded by Breitling’s tendency to rely on just draping their designs in throwback livery. This isn’t the first time they’ve relied on that little tactic. Still, so long as they keep producing cool watches there’s little to complain about.