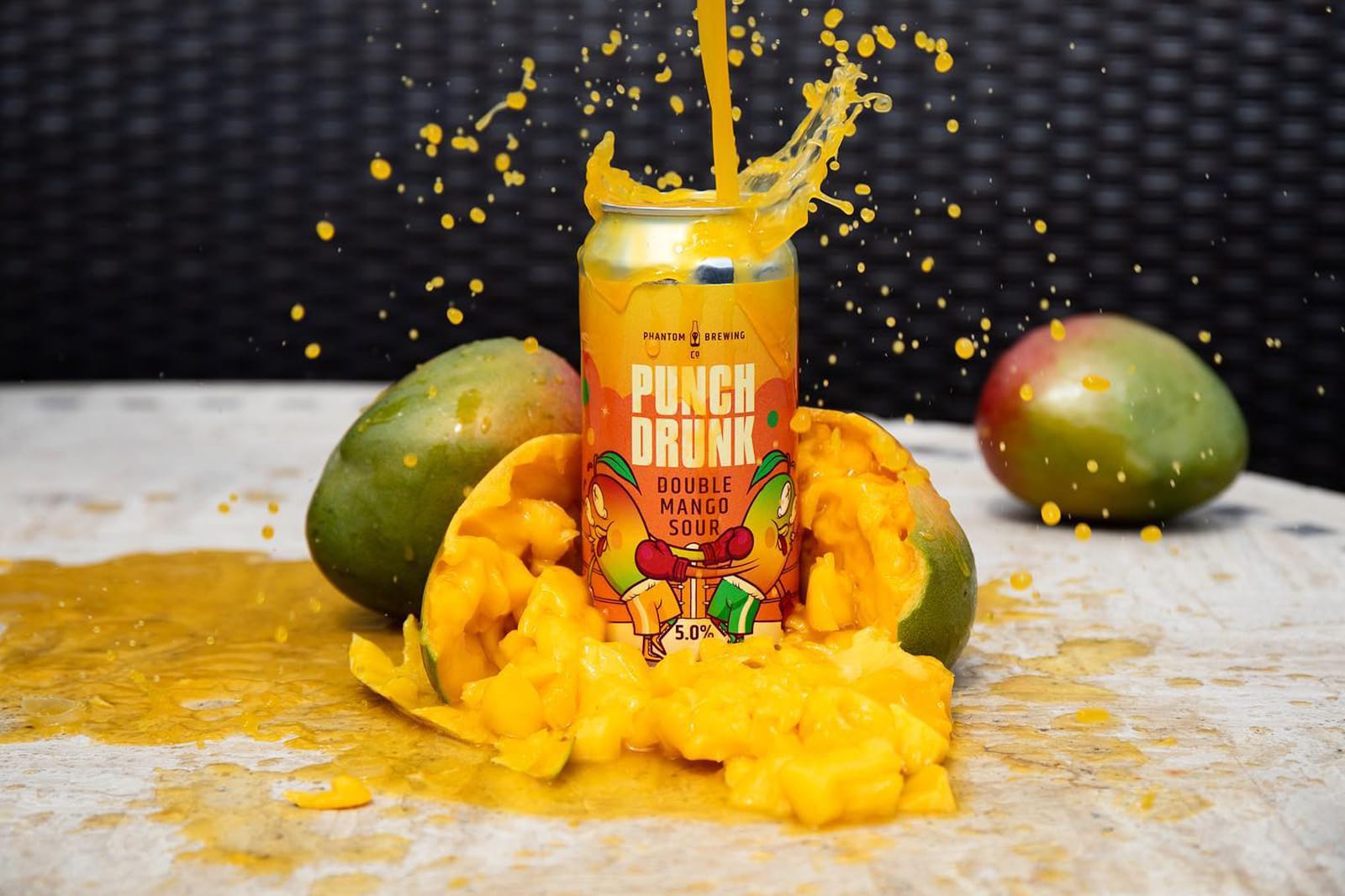 A drink names sour beer is perhaps not the most promising of starts when trying to encourage you to take your first sip. Add to that a huge variation in tastes, flavours and degrees of sourness and suddenly you have one of the most exciting things you can put in your glass.

Some can have an almost fruit tea-like quality in beer form, whereas others can rock the alcohol Richter scale and bring back memories of vivaciously coloured sweets coated in cheek watering sugar crystals. These specialist brews can create sensory havoc and are nothing less than a ‘trip’ for the palate. 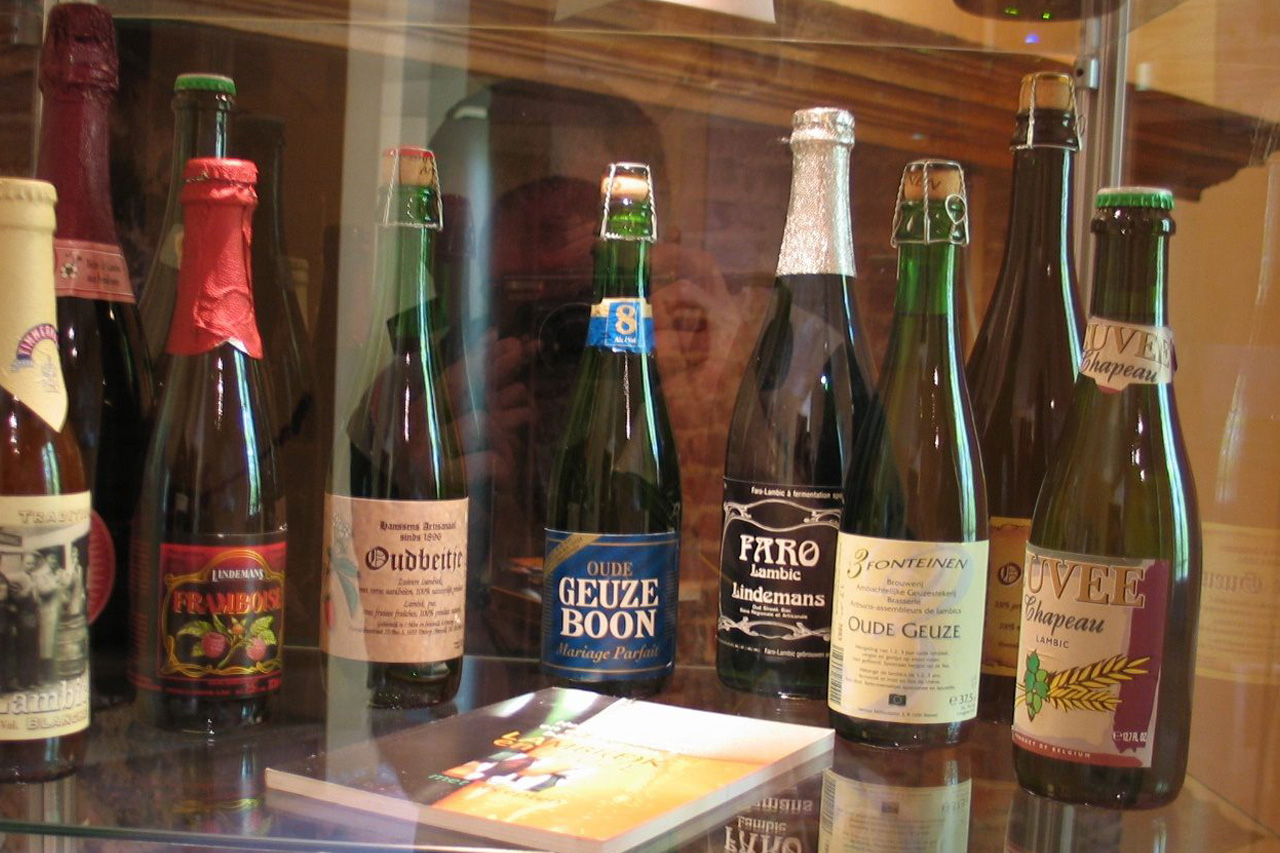 Sour beer isn’t a new thing though. The trendsetting Belgian monks of the 13th century fermented their brews with wild yeasts to gave rise to what is known as the Lambic style. Lambic beers, with their slightly sour edge, in turn, led to Gueze beers, which blend old and young lambic beers with their trademark second fermentation adding additional alcohol, effervescence, or both.

The ageing of these beers for further years then created another layer of taste and complexity. In due course the addition of fruit introduced both flavour and more sourness to the brew. Hot on their heels, came the other European styles of sour beer – Flanders red ales, German Gose and Berliner Weisse, all of which in turn discovered the flavour profiles possible with added ingredients. 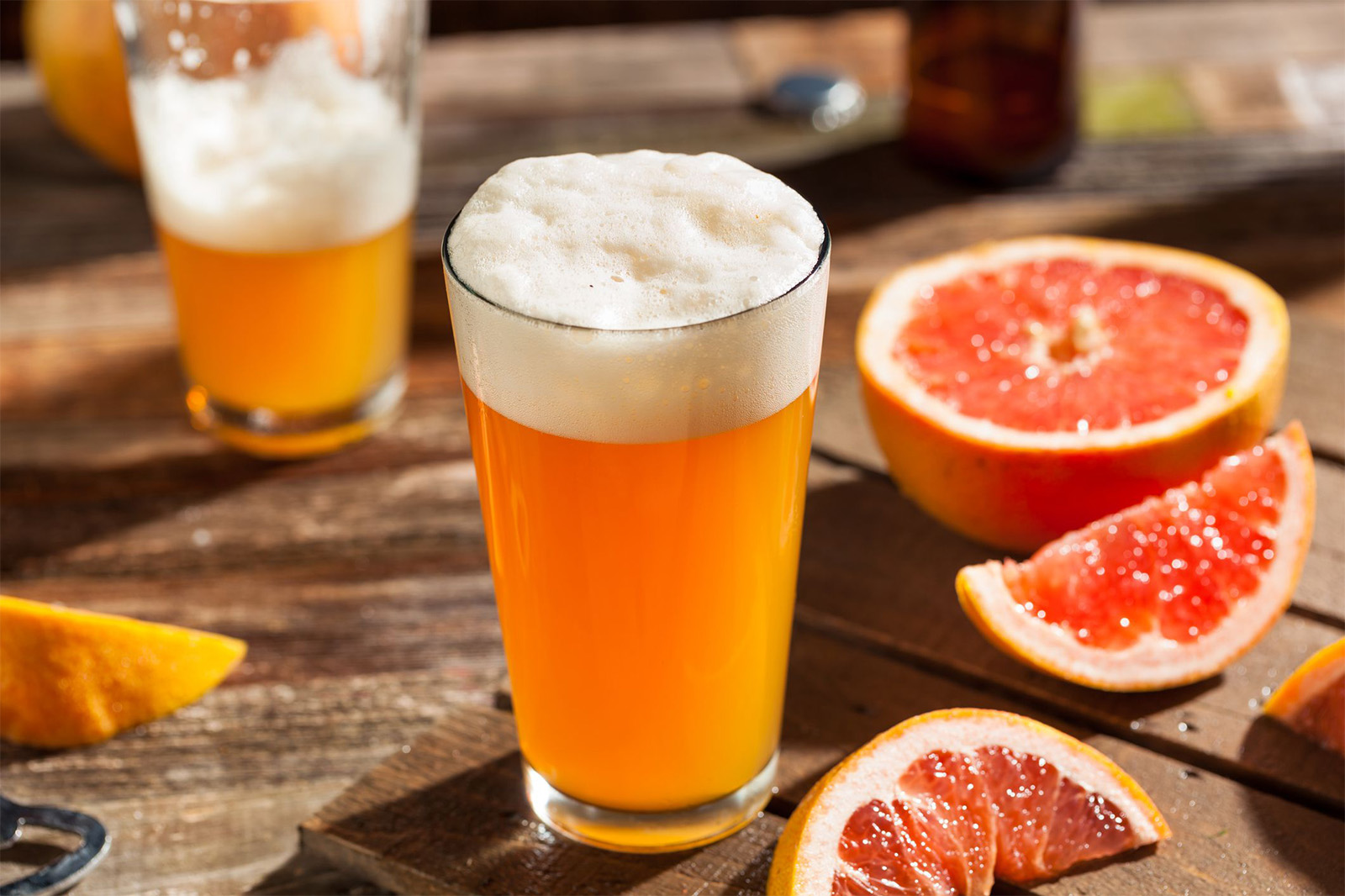 More recently, the UK’s craft brewers have also taken up the mantle with great aplomb and by fettling specialist strains of bacteria they have fine- tuned the diversity of their offerings. Some are clearly being brewed for the sophistication they bring and others for their fun accessibility.

One thing is for certain, sours span the globe, touching every beer swilling nation. After over 700 years they are definitely here to stay and like their confectionary counterparts, they’re Tangfastic! 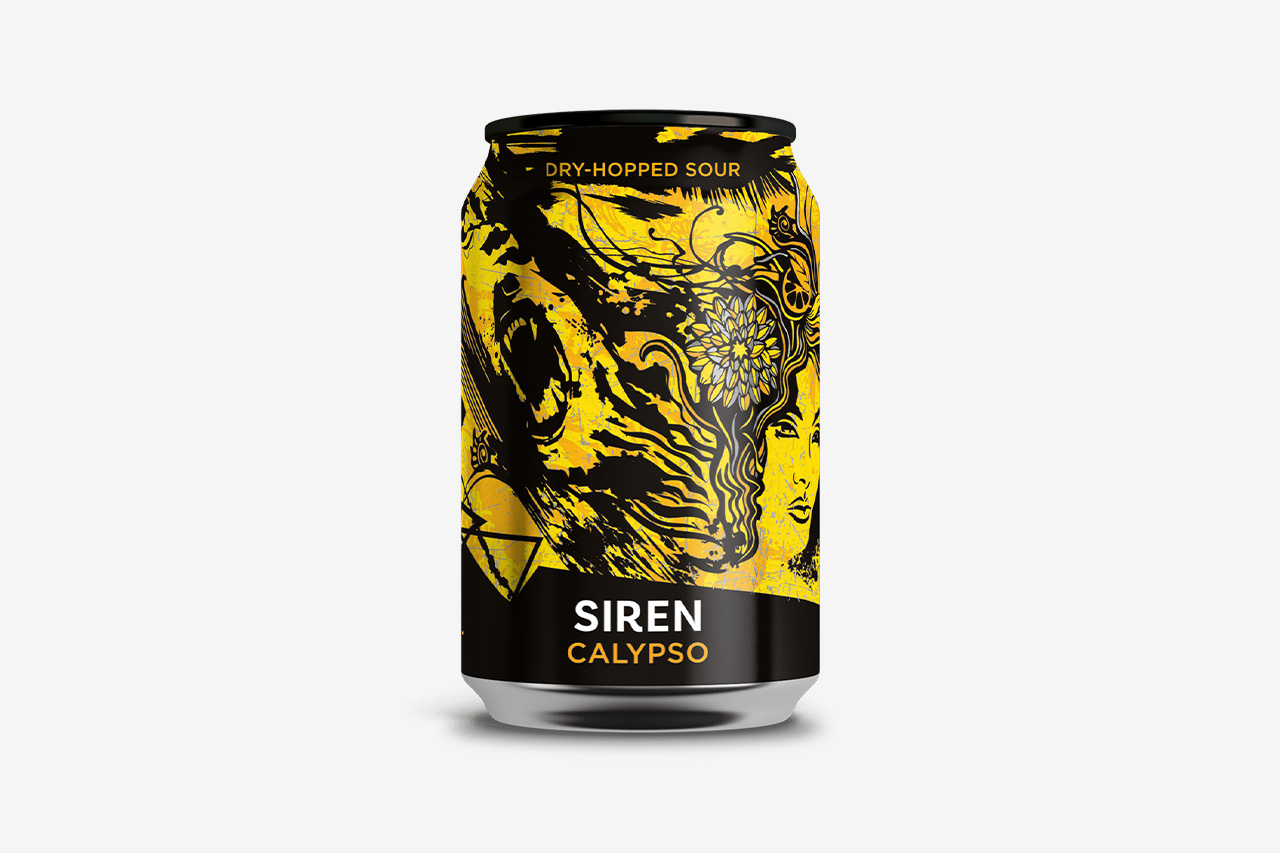 Dried fresh hops are added to this slick performer from Siren. Sharp, spritzy and mouth puckering, this is a session sour beer. It’s crying out for a gourmet burger, meat or vegetarian, or really good sourdough pizza. This beer is all tropical fruit and hops, with aromas bursting out of the glass that draw you in. This is a great access point to the sour universe without strong alcohol or lip quivering. Calypso is so approachable, that you may not appreciate that you are drinking a sour beer.

Available at Inn At Home. 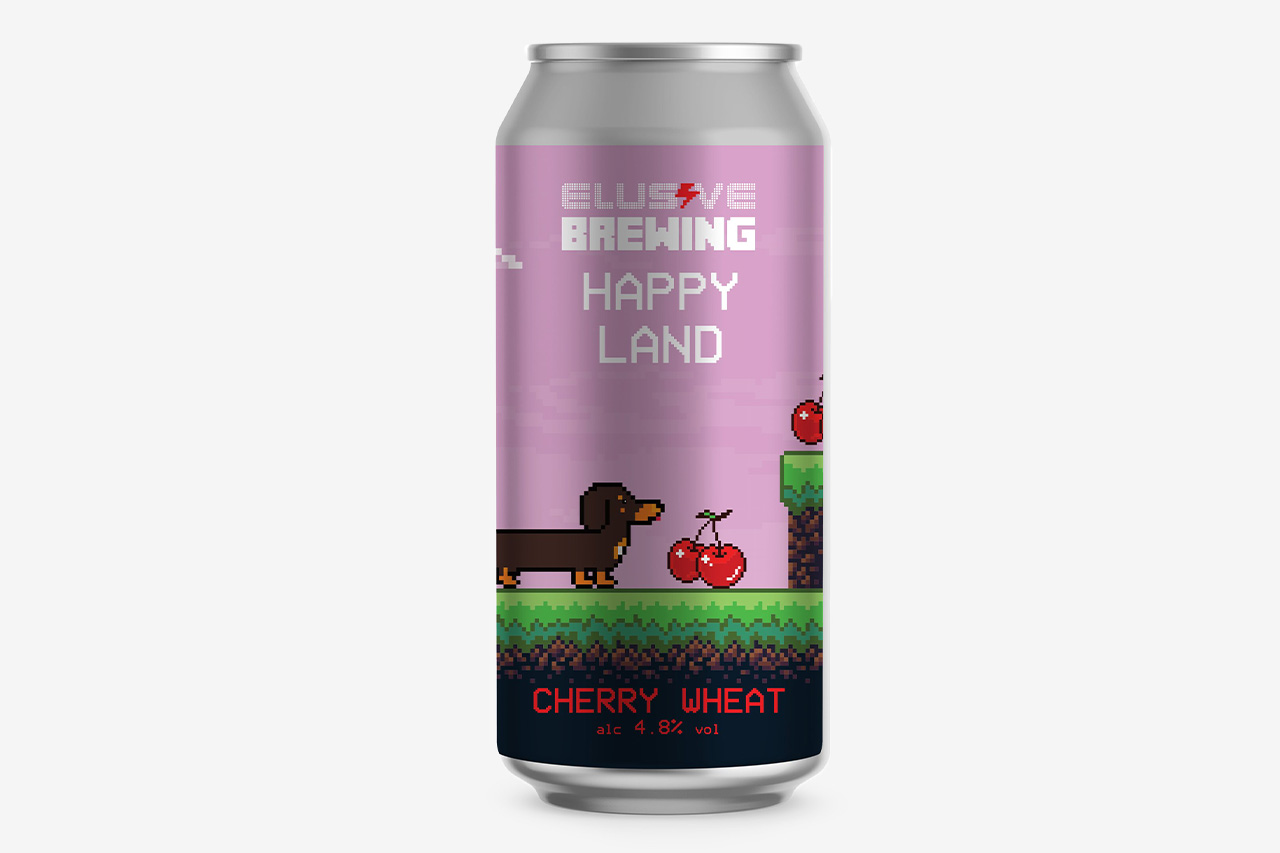 With their zany labelling on all their beers, replicating pixelated retro arcade games, there’s no doubt this is a brewery up for fun. Bright, juicy, packed full of fresh cherry flavours with soft notes of banana and clove from the classic wheat beer yeast that Elusive has skilfully chosen to parry the fruit. The addition of a sour cherry puree during brewing adds a very subtle, balanced tartness and a glorious red colour. The ideal accompaniment for roast or Peking duck, as it will slice through the fat and foil beautifully the darker, gamey style of the meat. 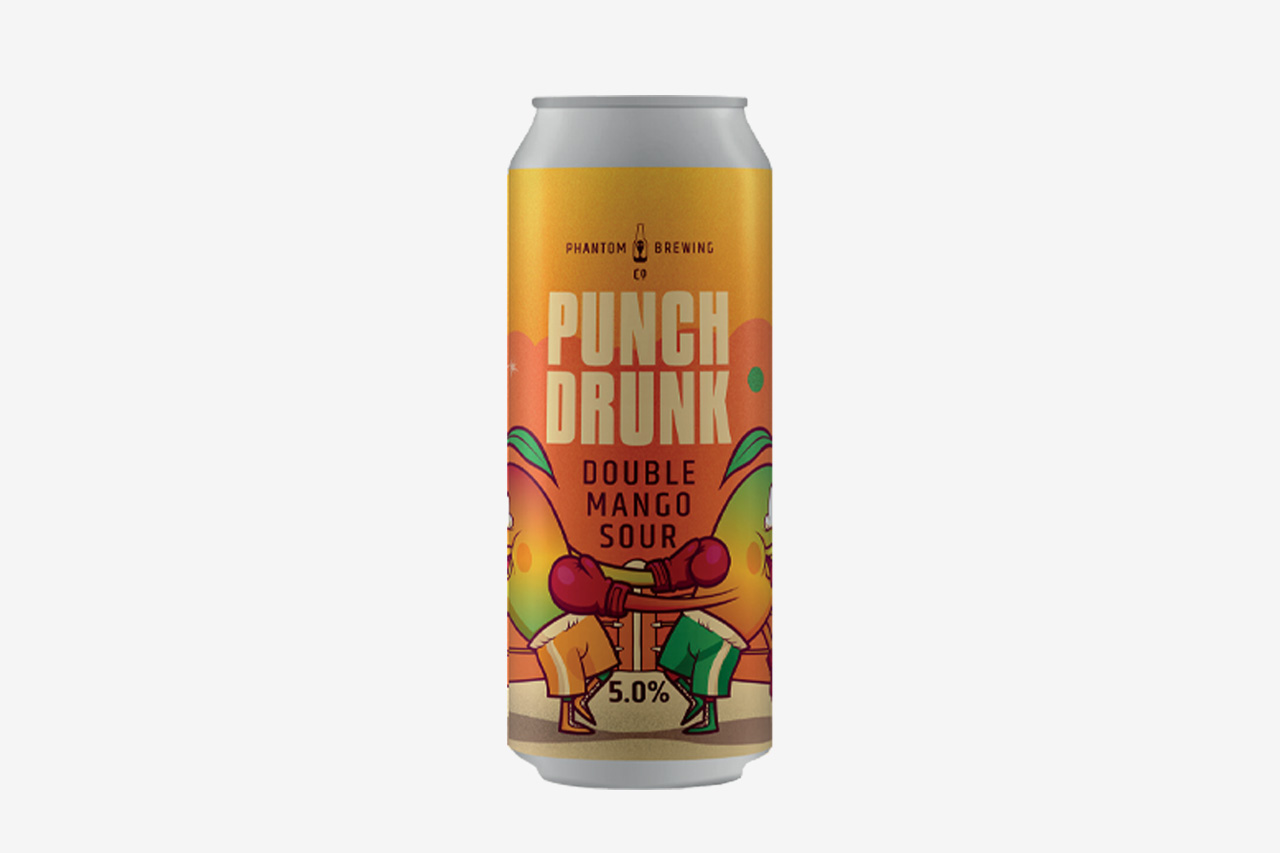 The perfect accompaniment to all styles of barbecue food and a great summer drinker in its own right. Now bolstered in the current guise with ‘double mango’ this oozes fruit without that sometimes overbearing sweet edge. This three-year-old brewery has a handle on many styles and a great foothold in the sour area. Even at 5%, this is an approachable brew that could quite easily sneak up on you on a summer’s afternoon. Pairs well with all barbecued food, with the mango cutting nicely through the charred and caramelised flavours. 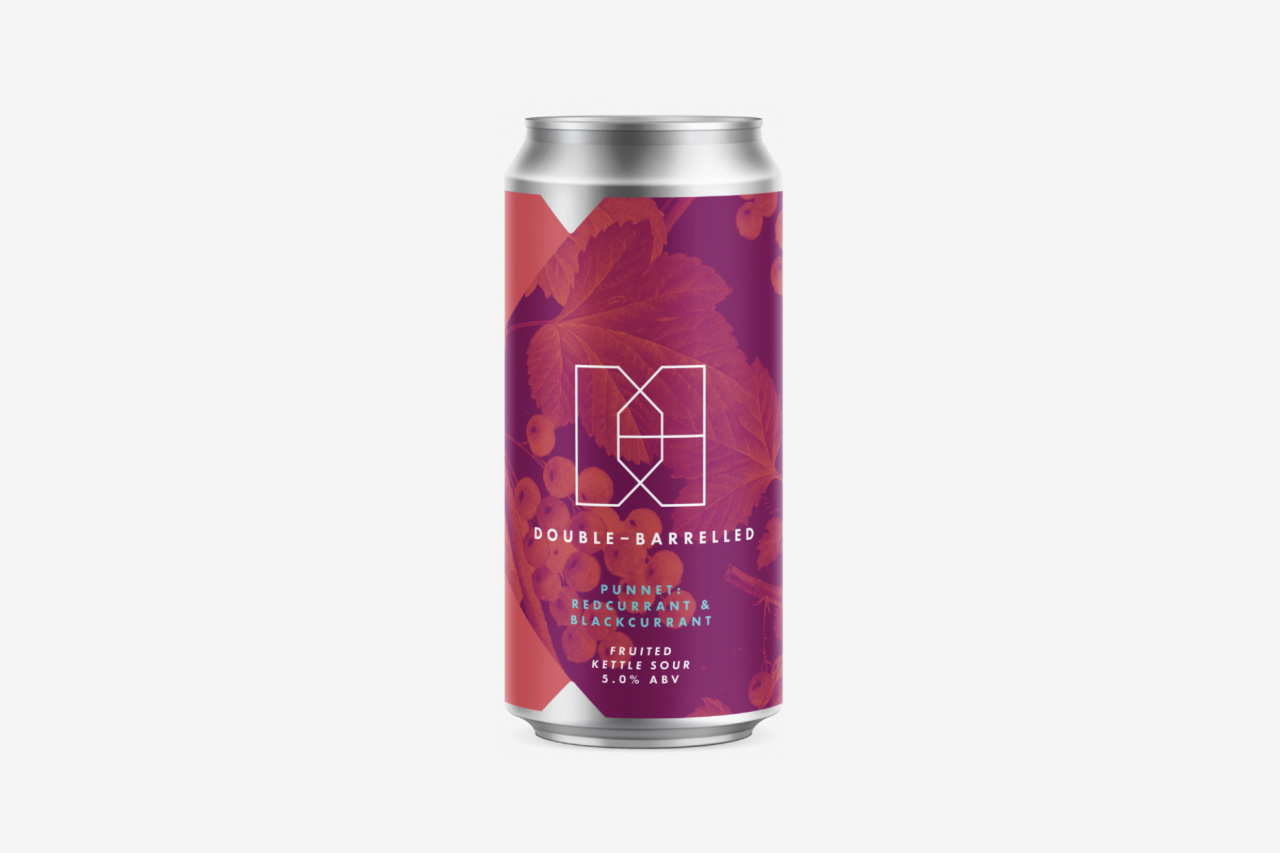 A vibrant scarlet in the glass and red fruit, with a hoppy nose that just hints at what is to come. The redcurrants are tart and wow the tongue, which dissipates juicy blackcurrants that push through to give a little more lusciousness. There is a luxurious syrupiness and jamminess to this sour beer, and just a wonderful sapidness to it too. Accompanies wonderfully with venison, short ribs and even roast lamb. A Sunday sour if ever there was one.

Available at Inn At Home. 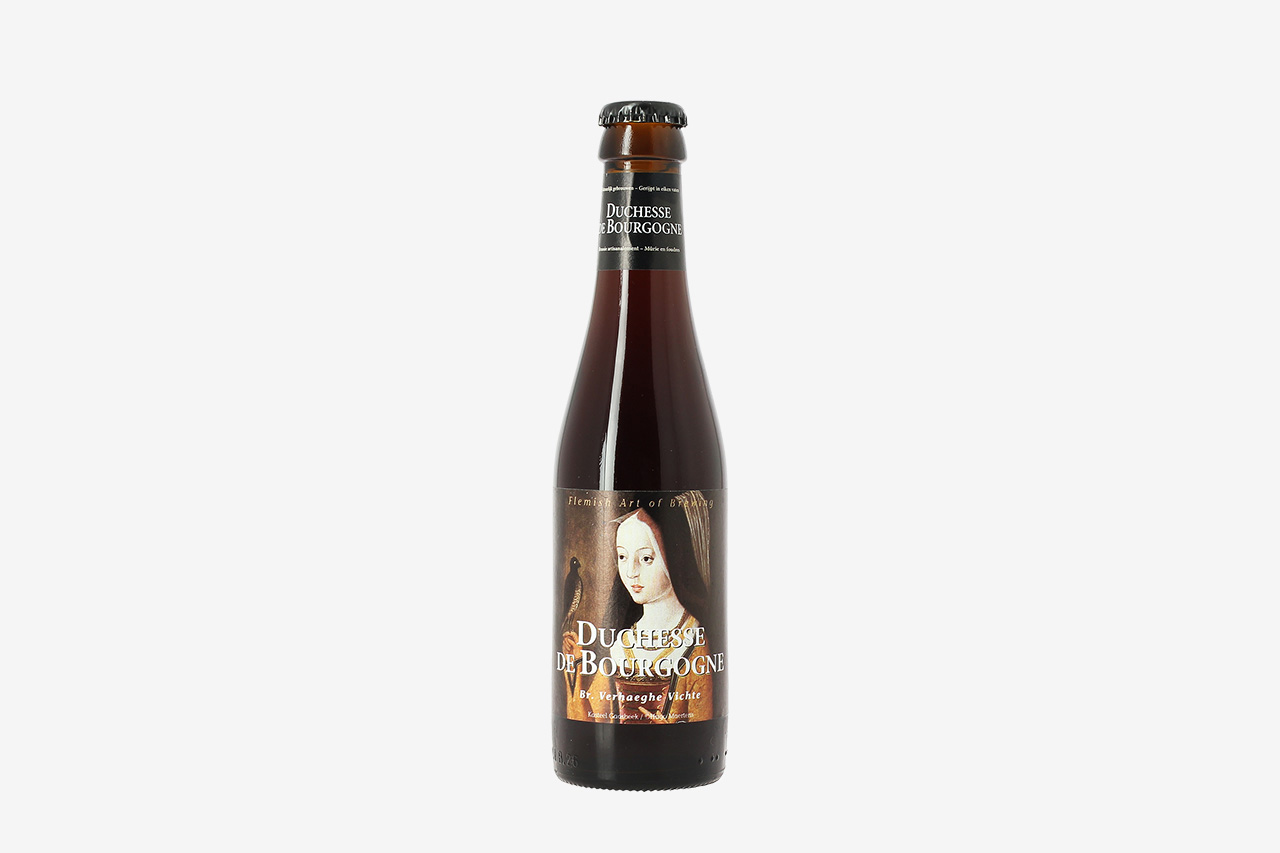 The most traditional of our best sour beers is this Flemish red/brown ale from a fifth generation brewing family. After two fermentations the beer is blended from eight and 18-month-old beers and then matured in oak barrels for 18 months. Copper red in the glass and only moderately sour it almost has a soft brown sugar sweetness to it. There is a definite fruit taste along with some pleasantly refined balsamic oakiness. Inoffensive and very refreshing it holds its own not only with my favourite pairing of blue cheese, but also with Thai food. 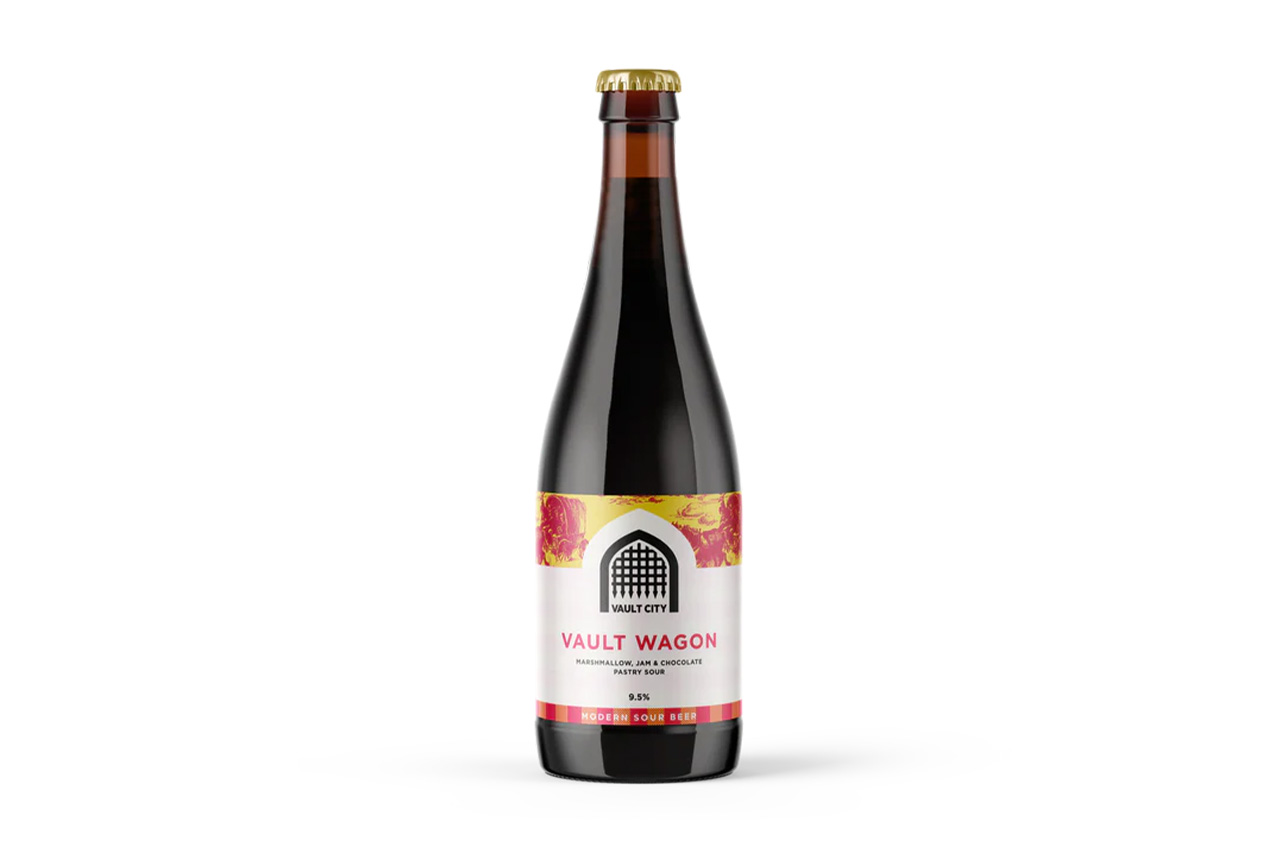 From the Scottish ‘Kings of Sours’ in Edinburgh comes a very classy and entertaining vegan offering with a kicking 9.5% alcohol. After the success of their Iron Brew sour comes Vault Wagon, paying homage to the classic childhood favourite – the Wagon Wheel! This sour beer has all of the circular favourite’s elements with a juicy strawberry tang, smooth chocolate, sweet biscuit and fluffy marshmallow taste. Probably one of the most confusing liquids you can put in your mouth, as it just does not compute! An aspirational glass to work your way up to and you could then find yourself in a chocolate stupor after a few easy to drink bottles of this beauty. 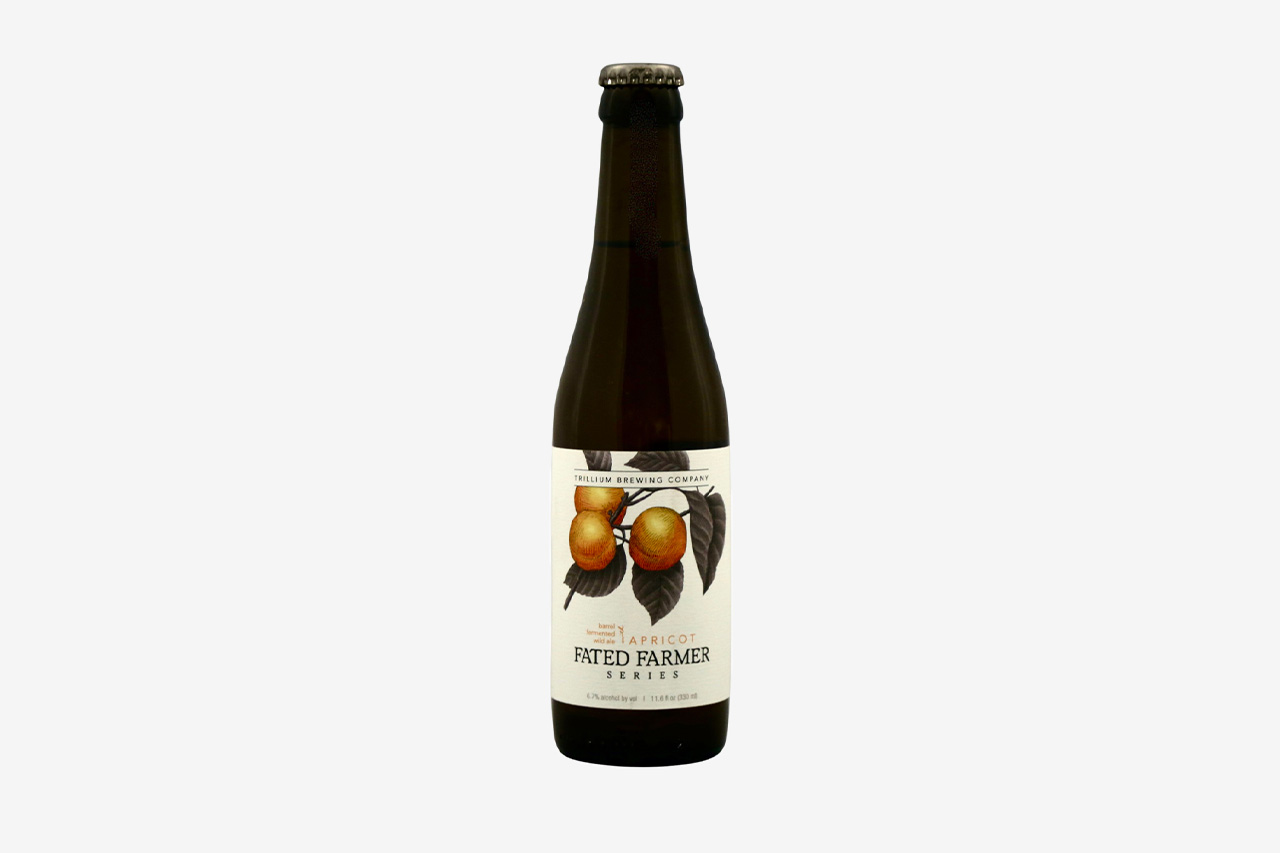 Fated Farmer was originally conceived to celebrate bringing together all aspects of New England farming. The Valley Malt is barrel fermented in 500 litre casks with natural local yeast and aged for five to seven months, before refermenting with freshly harvested fruit. Bottled in 2019 this still shows brightly in the glass with a light straw colour. Peach, apricot jam, lemongrass and a hint of fresh pineapple prevail. Acidity with structure, but very refreshing and great with Asian food. 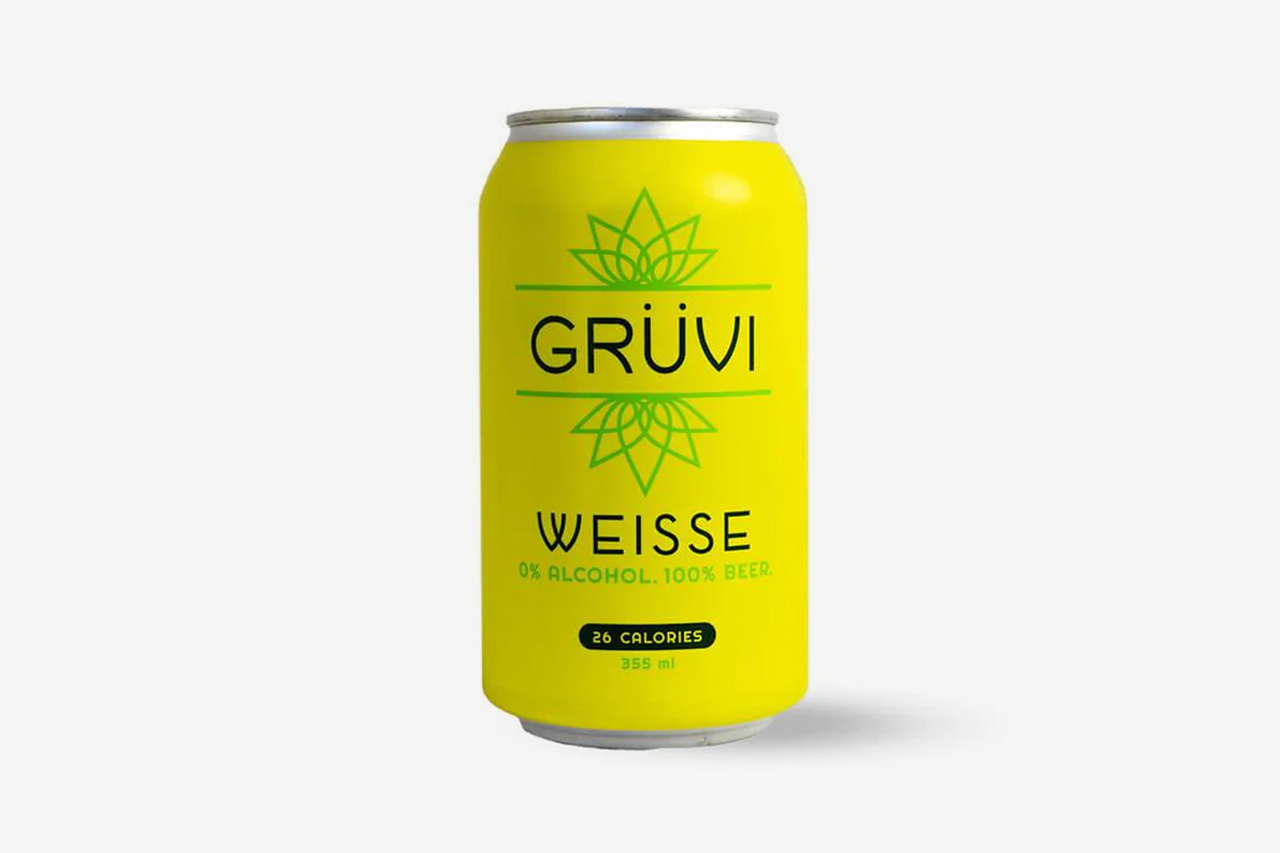 At last a sour beer for the low/no alcohol drinker. Grüvi’s offering comes not only with a great name but in a flavoured, tart, Berlin style German Weisse beer format. It’s very pleasant and light in style, with lemon tart and grapefruit sorbet citrus notes. Massively refreshing, it’s certainly more palatable than most other 0% beer options. At only 26 calories per can perhaps we have also discovered the ultimate diet beer? Grüvi drinks well with seafood, particularly scallops and shellfish. Serve in a wine glass and spend the evening trying to convince your friends they are drinking beer.

Bon vivant, man about town and modern day Hemingway, Rob has been pontificating on the finer things in life since the dawn of time. Always armed with a magnum of Champagne, an international race license and an arsenal of cars; he’s the life, soul and ambience of the soirée. He tells us.