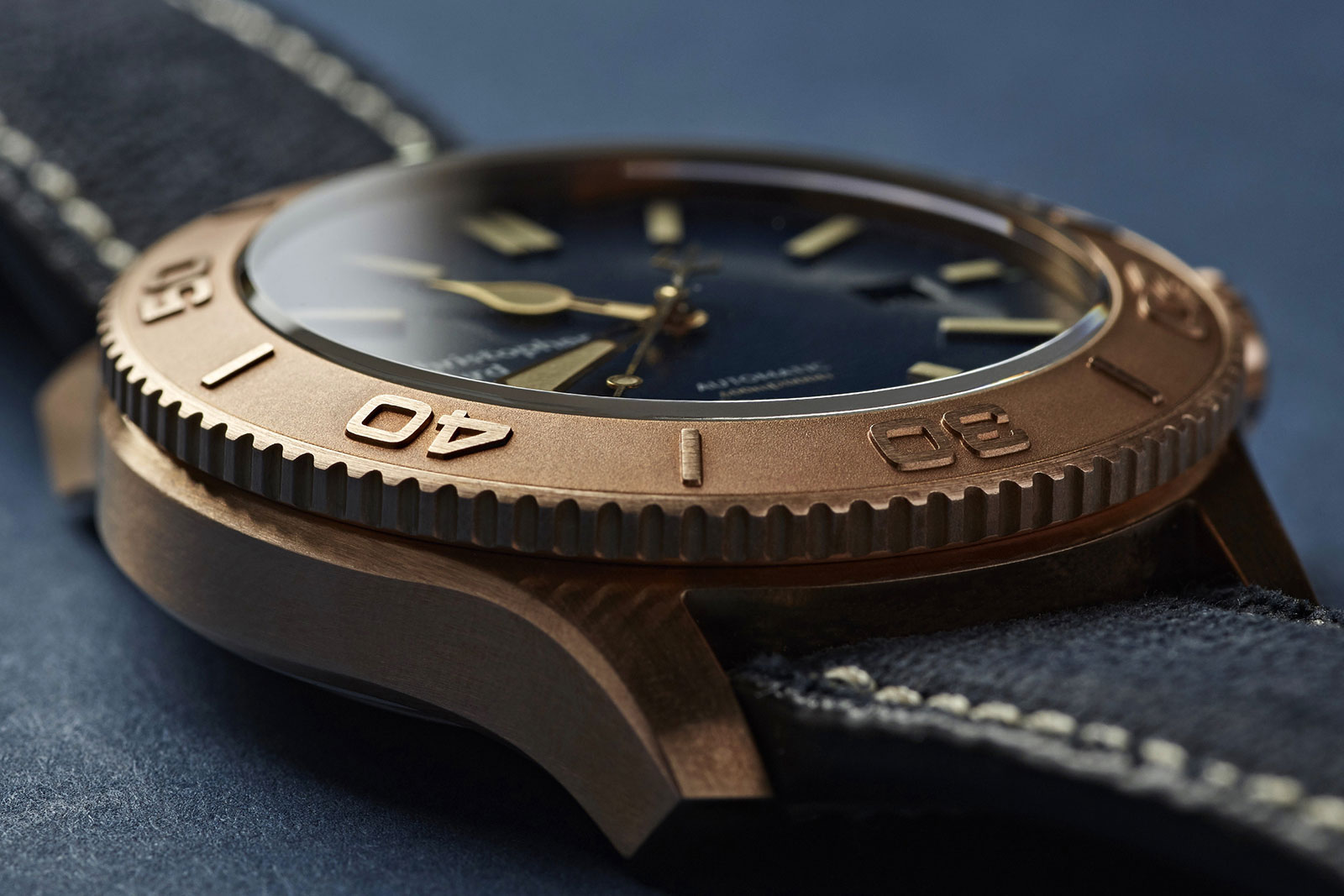 Bronze, the wonder material that can do no wrong! Well, if the watch industry at large is any indication it has to have some kind of magical properties. It’s been adopted by a vast swathe of watchmakers big and small, independent and groupies alike.

Even if it’s not quite an alchemical wonder, there’s a lot to love about bronze, from the cool steampunk colouring to the unique patina developed by each timepiece. It’s why bronze watches are in such high demand and often have price tags to match.

Still, if you want to own a timepiece in the zeitgeisty material of today, there are some seriously accessible options. Here are the best five of them. 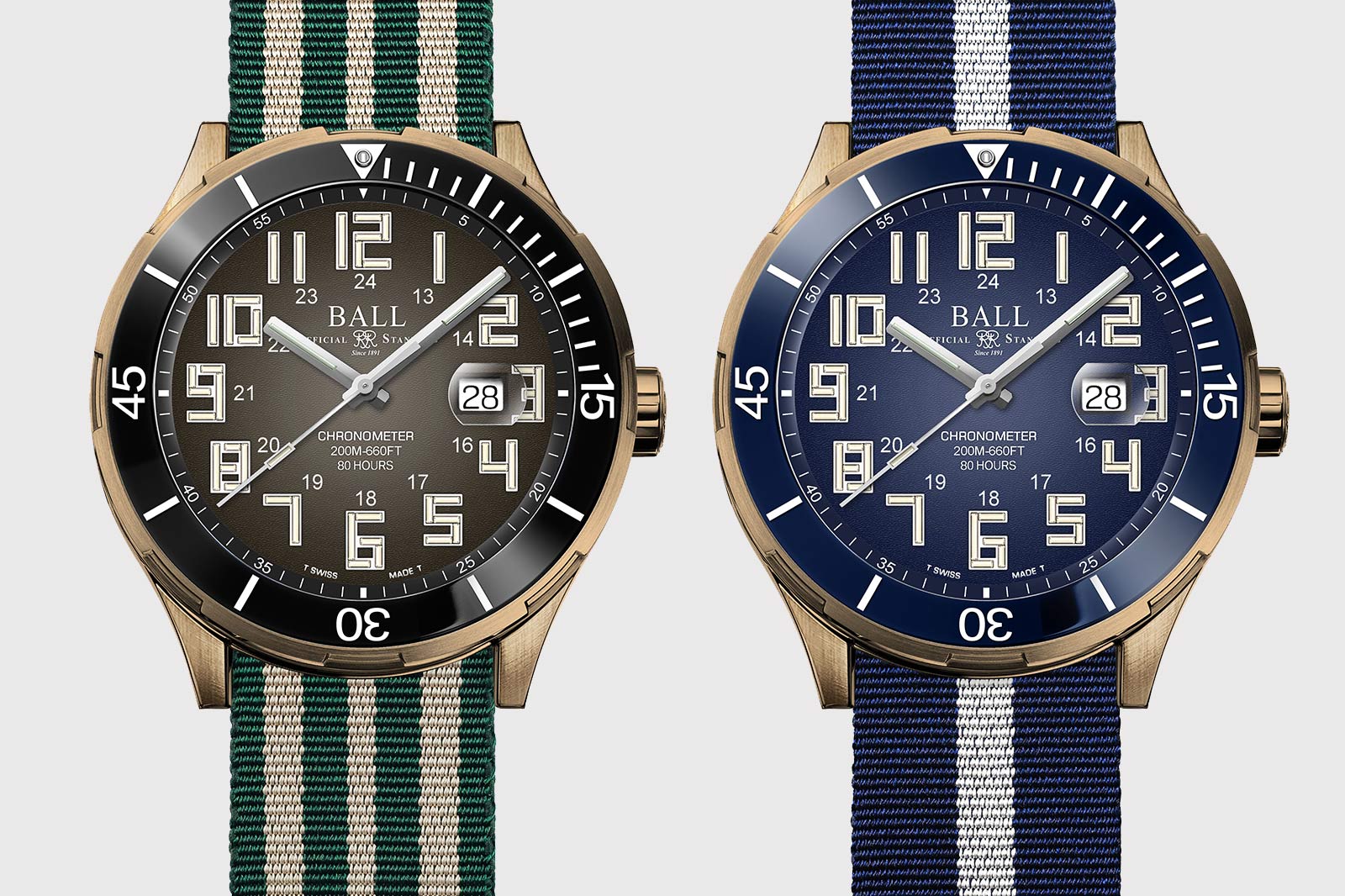 There’s a lot to love about Ball’s latest limited edition timepiece. Thanks to the brand’s signature H3 gas tubes, it veers slightly away from the usual retro aesthetic most bronze watches fall into with its squared, digital numerals. Those tubes also light up the dial like nothing else.

Apart from the cool looks, it’s also a serious diving piece. It’s a substantial 43mm in diameter and can reach depths of 200m. The particular bronze alloy used by Ball is also particularly corrosion resistant, meaning that salt water won’t instantly write it off. However, if this is the kind of watch you’re after – and I can’t see why it wouldn’t be – you may want to get in there soon. The just-under-2K price is an introductory one; ballwatch.com 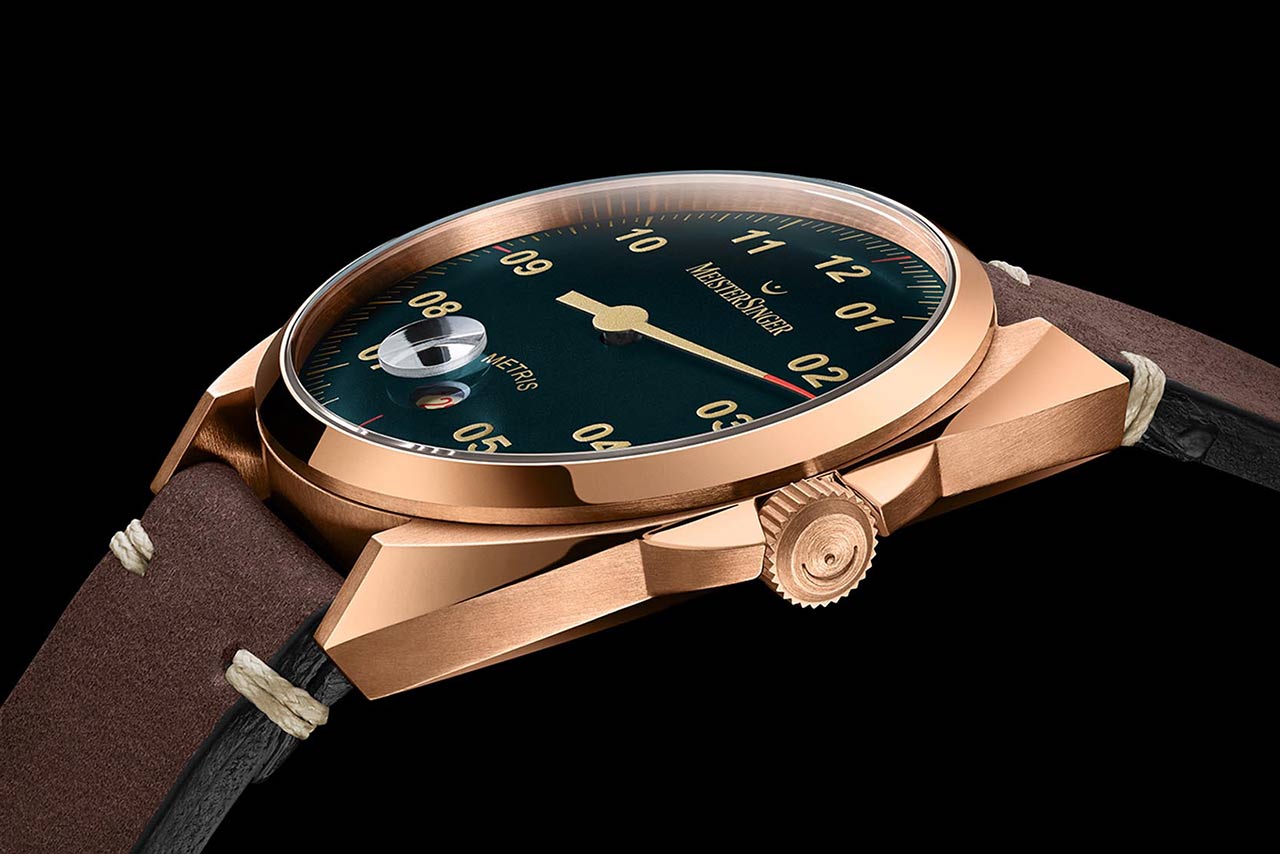 When it comes to bronze watches, Meistersinger knocked it out of the park recently with not one but three individual models cased in the material. Of the three though, the Metris is the unequivocal highlight. Sportier than the other two – and most Meistersingers for that matter – it’s curved lugs give it a not-quite cushion shape worthy of Florence that’s easy to fall in love with. 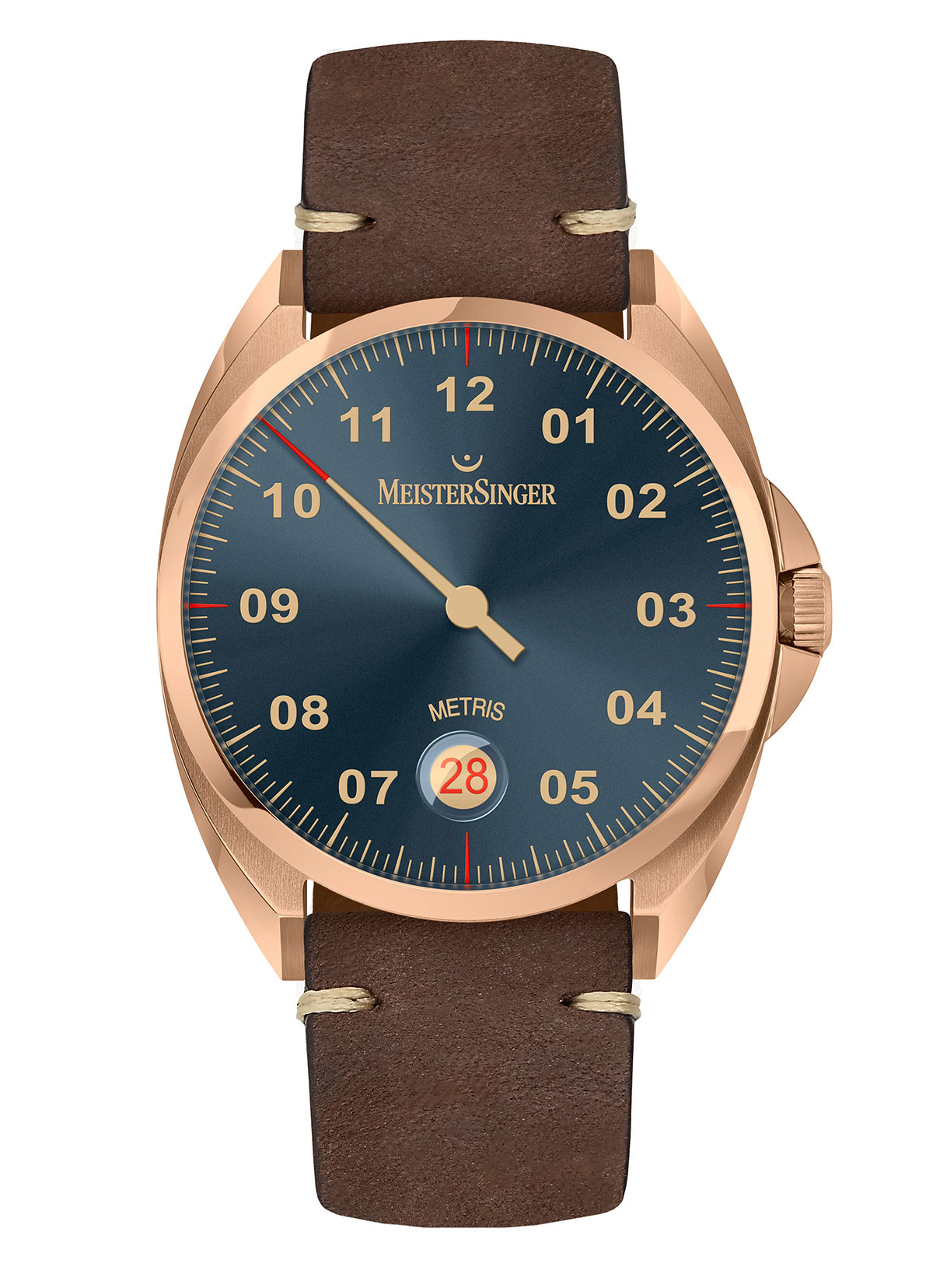 The bronze – and colour-matched numerals – works flawlessly with the dark blue dial, uninterrupted only by the cyclops date window at an unusual 6 o’clock. Well, it maintains symmetry so that’s nice. It’s as rugged as it looks too; the 38mm case has an impressive water resistance of 200m. With Meistersinger’s signature one-handed dial (who needs to know the second anyway?) the Metris Bronze is a pared-back, seriously cool timepiece; meistersinger.com 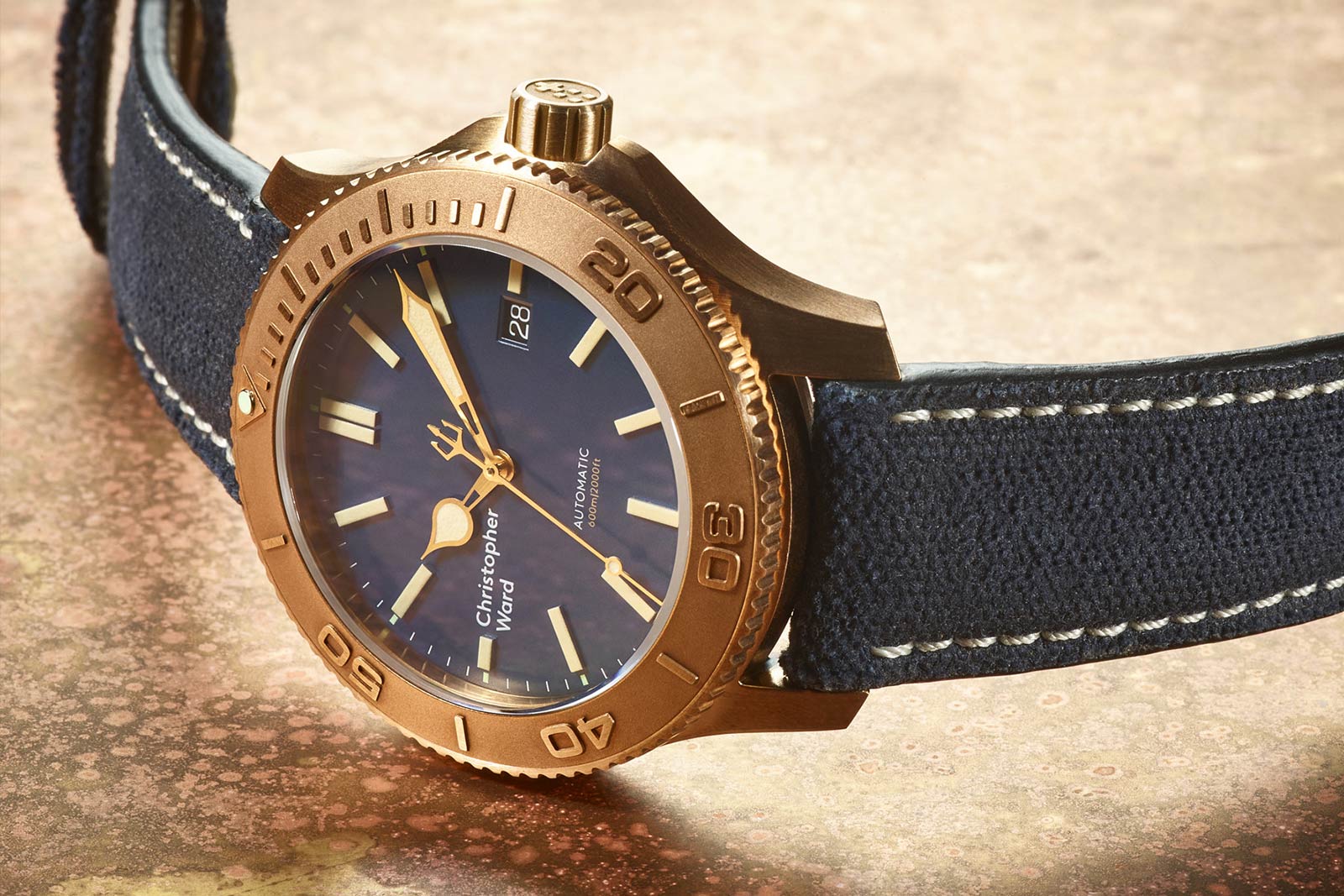 You can’t mention value for money and not instantly think of Christopher Ward. It’s their whole raison d’etre after all, and the Trident is the epitome of that philosophy. Granted this bronze version might not be the latest edition of the Trident (you can find more about that here), but it’s arguably the coolest.

It has the bulky divers case and insane 600m water resistance the collection is known for, just in bronze. There’s more to it than that though, as you can choose between clean, ‘raw’ bronze or a pre-patinated version, just in case you don’t have months to wait for the finish to develop itself. Matched with a blue dial and strap, it’s a hefty professional instrument that seriously looks the part; christopherward.co.uk 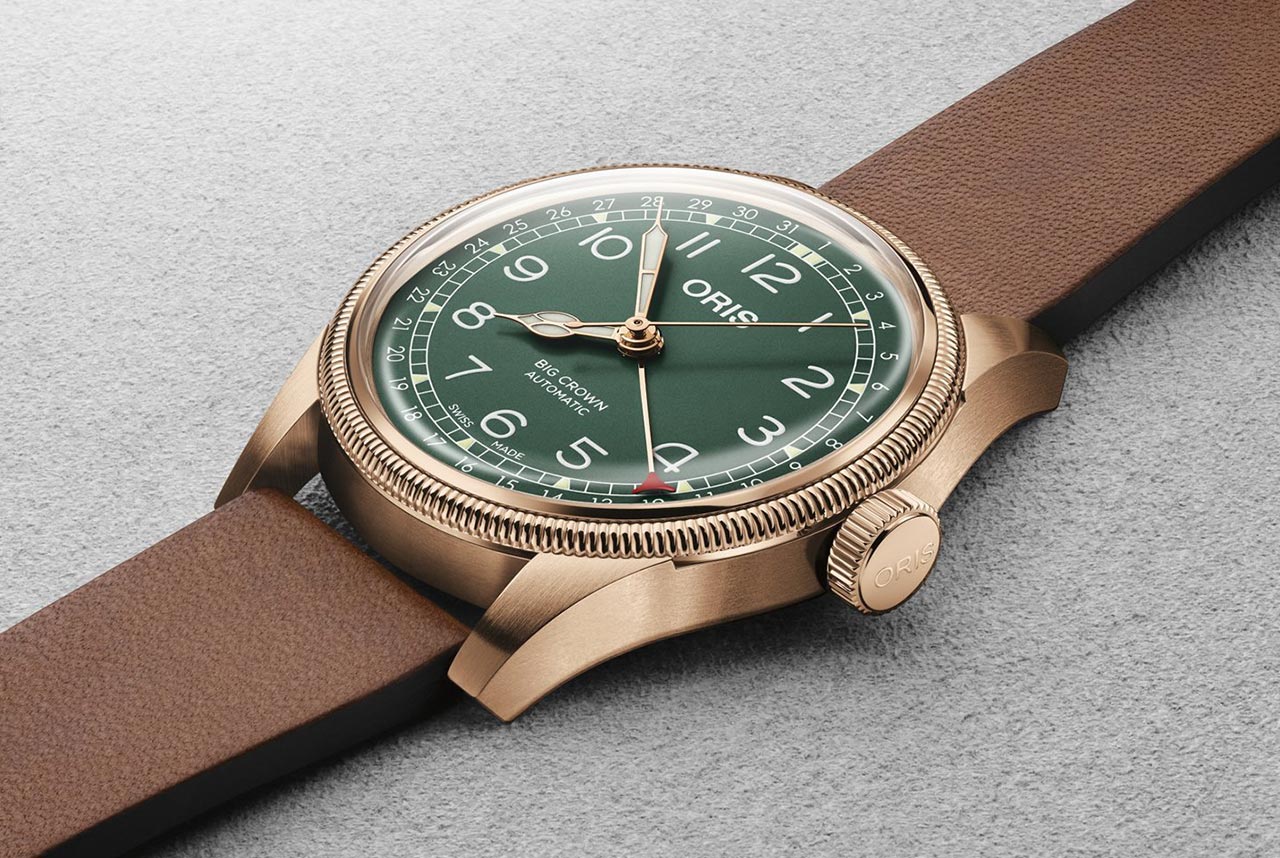 Veering away from diving timepieces as far as possible, this is one of the coolest pilots’ watches around right now. To be honest, that’s kind of expected; it’s commemorating one of Oris’ most successful timepieces, the Big Crown Pointer Date. The original model dates all the way back to 1938 and hasn’t changed all that much design-wise in the interim. 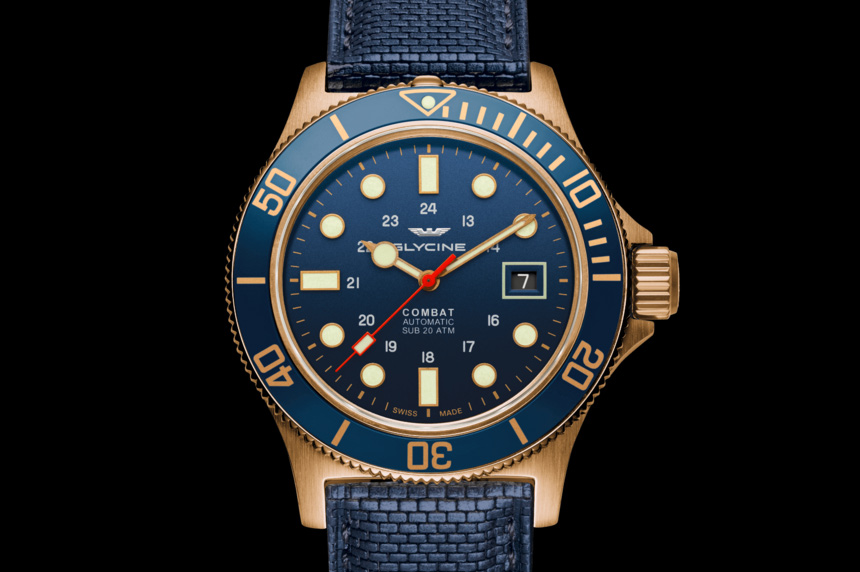 This watch definitely lives up to it’s name; it’s built like the Red October with an unapologetically huge 48mm case. This is an action hero watch if ever there was one. Still, if you have the biceps to pull off this massive chunk of bronze, you’re looking at a diver that can’t help but get noticed.

The bronze case veers more towards the gold side of the colour spectrum, thanks to the additional 8% tin in there to lighten things up. It’ll still get a nice patina though which, with the degrade blue dial, will make sure it ages well. Despite coming from a brand with a heritage in aviation watches, the Glycine Combat Sub is a beast of a diving watch that gives you a lot for your money; glycine-watch.ch