It’s been a seismic year. Along with the death of Queen Elizabeth II, the swings and roundabouts in Whitehall, and the war in Ukraine, we’ve also seen the spirit of collaboration, the return of travel, and a desire to dress up and face the world again. And if fashion is indeed a mirror of our times, these are the style-conscious names that reflect 2022’s mood. 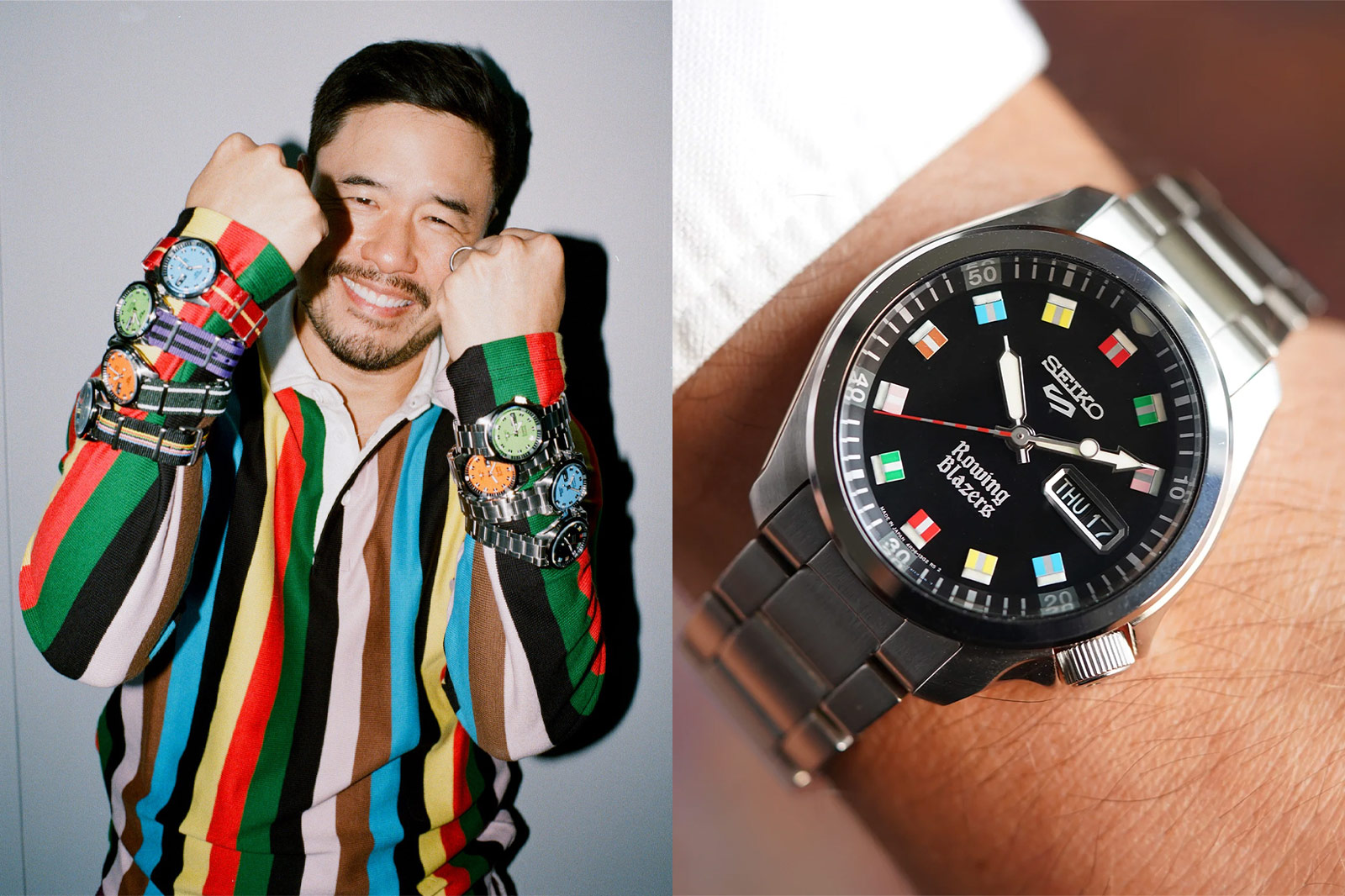 The fact we were told to stay away from our fellow human beings for a good proportion of the past few years might well explain the surplus of noteworthy collaborations that have emerged lately. Rowing Blazers’ latest project with Seiko – a cross-pollination between style and horology – is one such example.

Designed with the Japanese timekeeping giant by Rowing Blazers’ founder Jack Carlton and watch aficionado Eric Wind, the quartet of Seiko 5 Sports offers four dial colours and preppy styling touches synonymous with the US fashion label’s collegiate codes. The limited edition pieces are a Stateside exclusive, but they’ll be available via the Rowing Blazers UK website, so you won’t need to scull across the pond to strap one on. 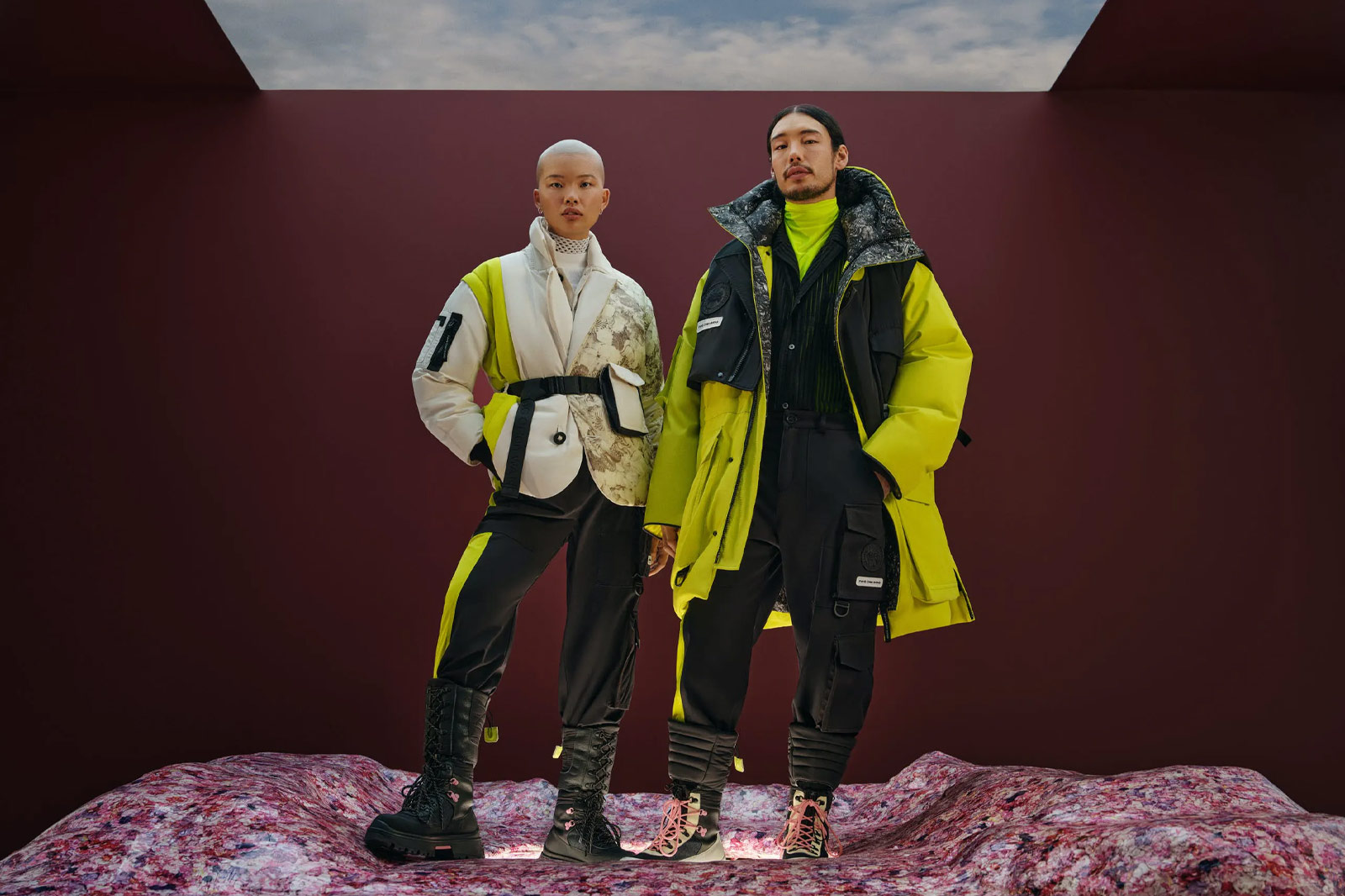 In our post lockdown world, communing with the great outdoors has continued apace as we aim to hike-off those extra lockdown pounds, or make a Sunday stroll on the common part of the routine. And the fashion world has gone wilderness-mad, too. It’s moved on from standard Gorpcore with young, dynamic brands joining forces with tried and trusted outdoor behemoths.

Take Feng Chen Wang, Xu Zhen, and Canada Goose’s new alliance for example – the AW22 collection combines the high-fashion clout of the rising Chinese designer, the multidimensional patterns of the Shanghai-born artist, and the Canadian outerwear giant’s all-weather spec for puffers, parkas, and hiking boots that wouldn’t look out of place on the wintery boulevards of Milan or Manhattan. It’s too nice to risk trashing on a muddy mountain trail anyway. 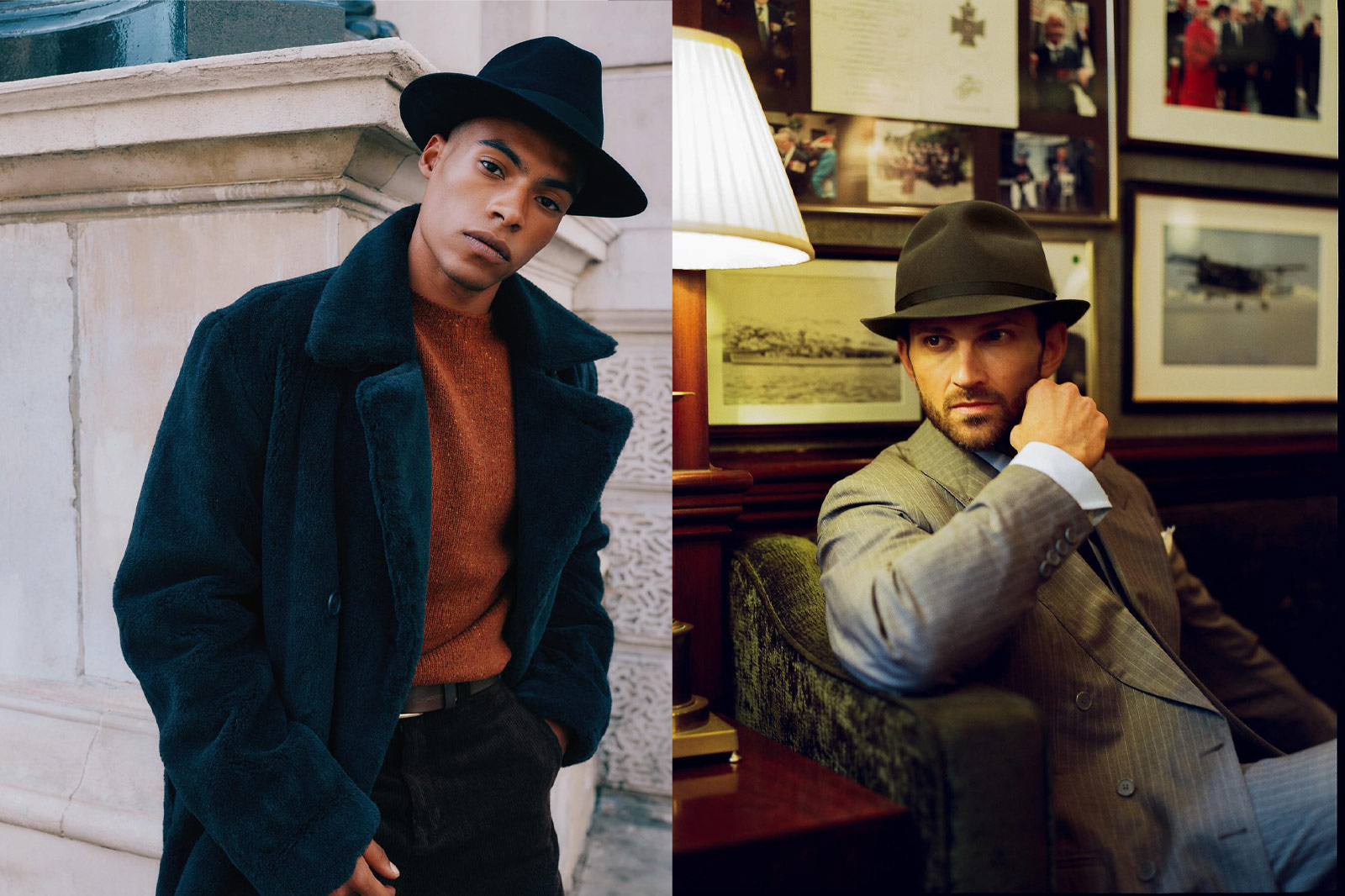 Even the staunchest republican would admit that our late, great Queen was a model ambassador for British brands – who could forget her iconic Launer handbag, which as we learned during the Jubilee, was actually for stashing marmalade sandwiches.

Of all her regalia, Her Majesty was probably best known for her distinctive headgear and Lock & Co – the world’s oldest milliner – had a relationship with the Queen from the start of her reign, adapting the Imperial State Crown for her 1953 coronation. While this season’s collection stays true to tradition, it adds a 21st-century flavour with innovative finishes and peppy hues that keep this blue blood brand feeling far from old hat. 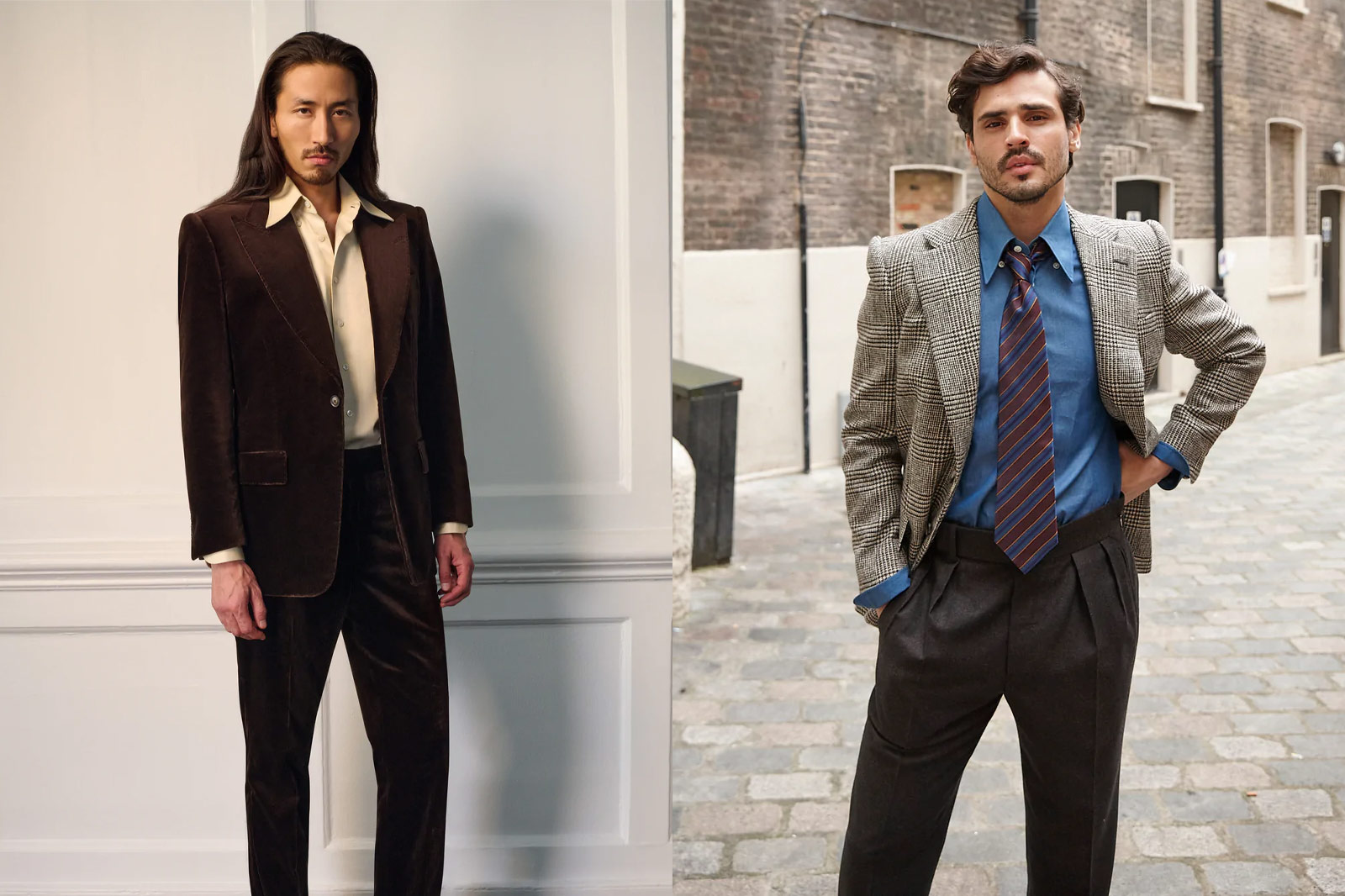 In March, the Office of National Statistics removed the suit from the basket of goods used to calculate the annual rate of inflation since 1947, which seemed to herald the death of the two-piece. But despite dress codes being on a downward trajectory for years, life in lockdown muftis actually fuelled a desire to smarten up once we were let out. It seems that Edward Sexton – the veteran tailor whose threads graced the Beatles for their Abbey Road album cover – would agree, as he’s recently re-opened a shop at the site of his original atelier on tailoring mecca, Savile Row.

The AW22 line, designed by Sexton and his creative director, Dominic Sebag-Montefiore, offers plush velvet suits and fine Italian-wool blazers with the sort of retro-modern swagger to coax you out of your sweats with minimal effort. Edward Sexton brown velvet Heritage jacket and trousers, 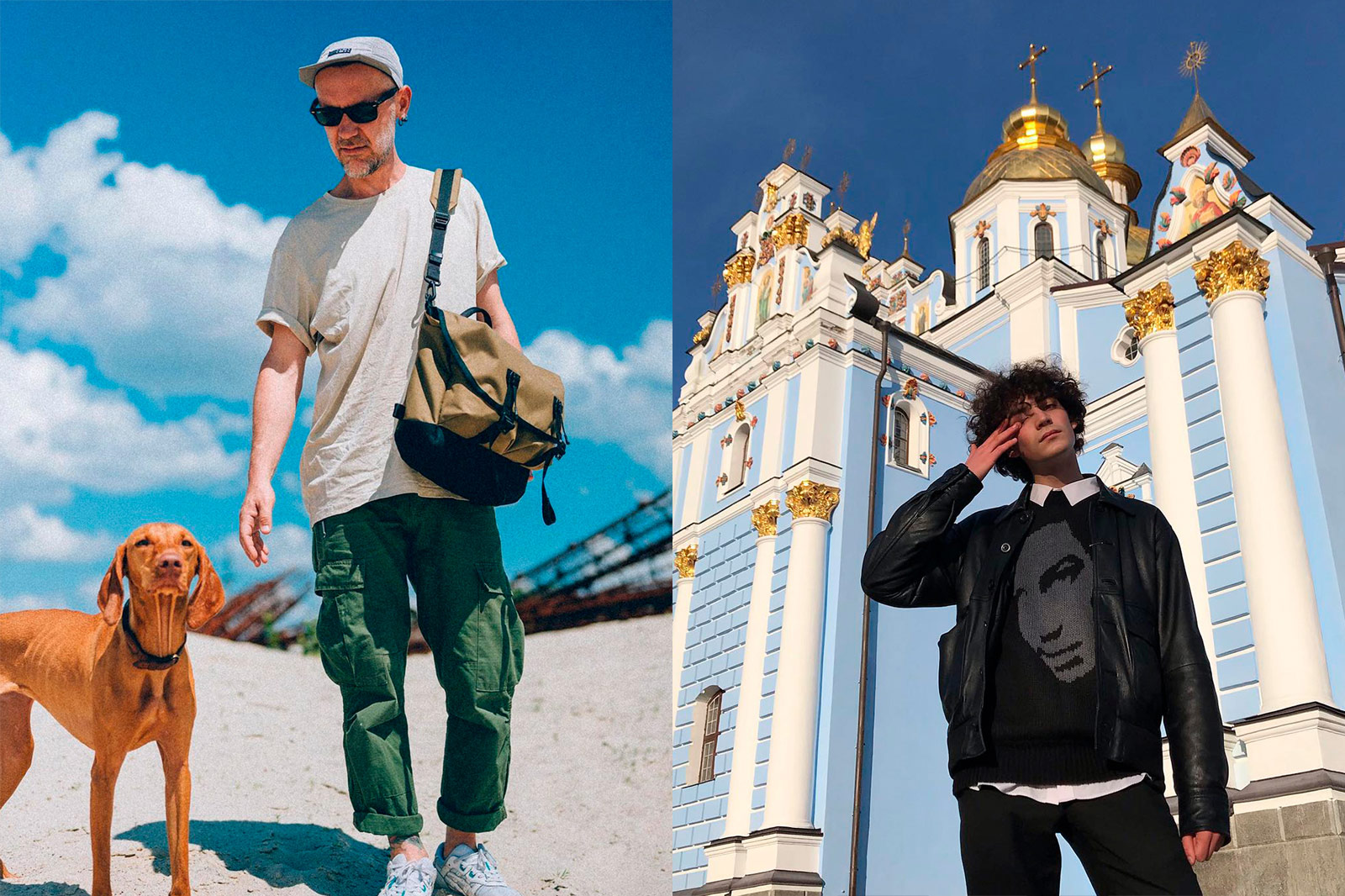 As we shed our facemasks and the world slowly came to rights, it suddenly came to wrong again with Russia’s invasion of Ukraine. The outpouring of support for the besieged nation has been overwhelming – and the fashion community hasn’t turned a blind eye either.

Palianytsia.co – named after Ukraine’s national bread – was set up by countrywomen Lisa Pavelenko and Masha Dotsenko to provide a collective platform for their homeland’s brightest designers, enabling them to keep their studio lights on in their darkest hour. The e-commerce site showcases more than 50 brands, offering everything in the design sphere from modern minimalism to street- ready casualwear. It’s  never felt more justified to treat yourself to some new clobber. 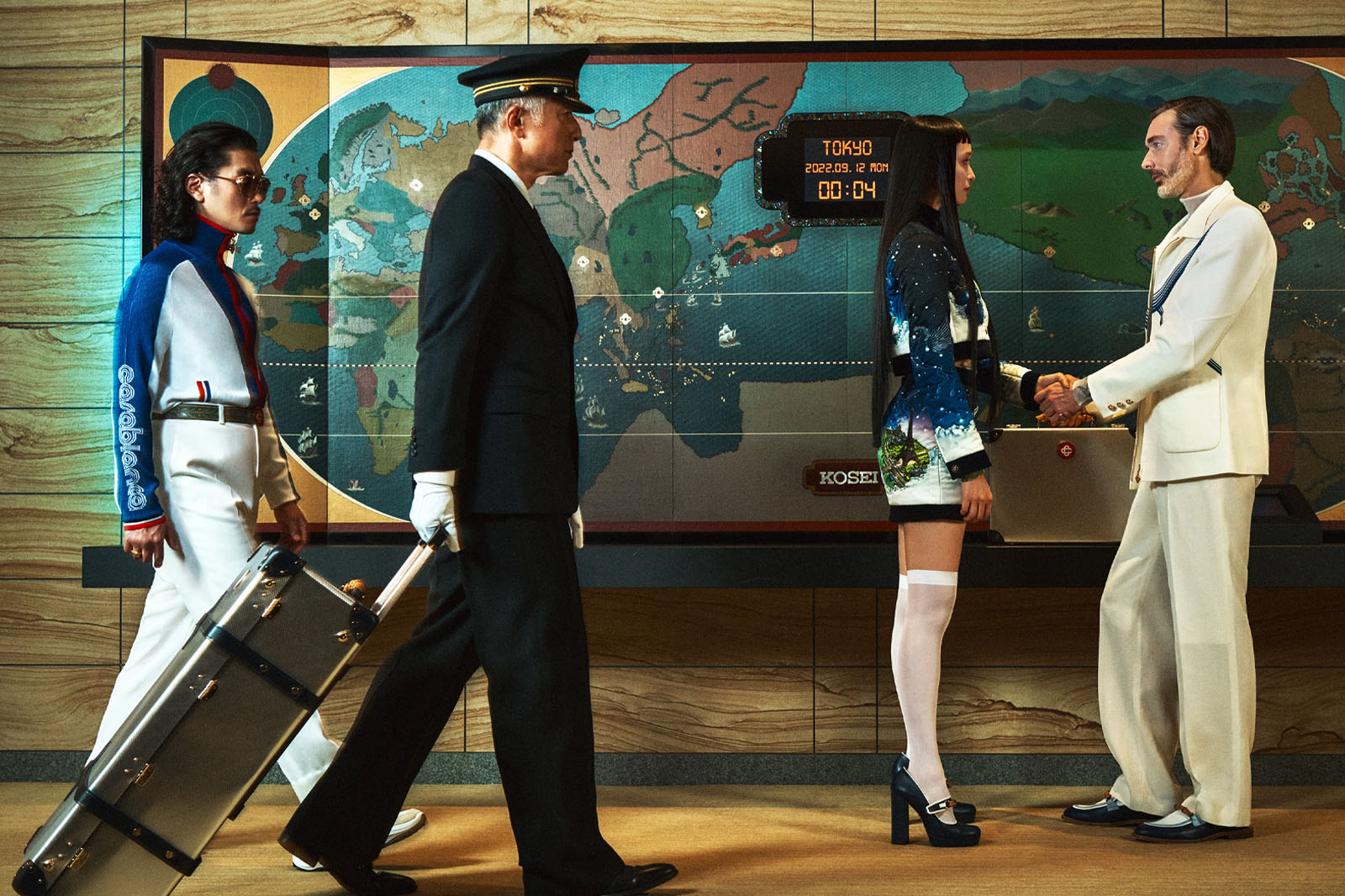 After several years of grounded fleets, temperamental traffic lights, and endless nose swabbing, travel is firmly back on the agenda. And it’s obvious from its AW22 collection that worldly Parisian label Casablanca – which recently collaborated with Audemars Piguet for its sell-out candy coloured Royal Oaks – has had itchy feet, too.

A sexed-up homage to the glamour of air travel, its luxe long-haul track suits, 1970s-inspired kick-flare trousers, tricolour ‘aerogram’ print silk shirts, and exclusive Globe- Trotter cases are redolent of a time when life on the  wing was about cocktails and caviar and ‘Corona’ was still just old Latin for ‘Crown’. Dressing up to fly is officially a thing again.

With a dial based on the design of navigational equipment, the Seiko Prospex Astrolabe Save the...

The latest version of the Prospex Turtle is the Tropical Lagoon Special Edition featuring a blue...