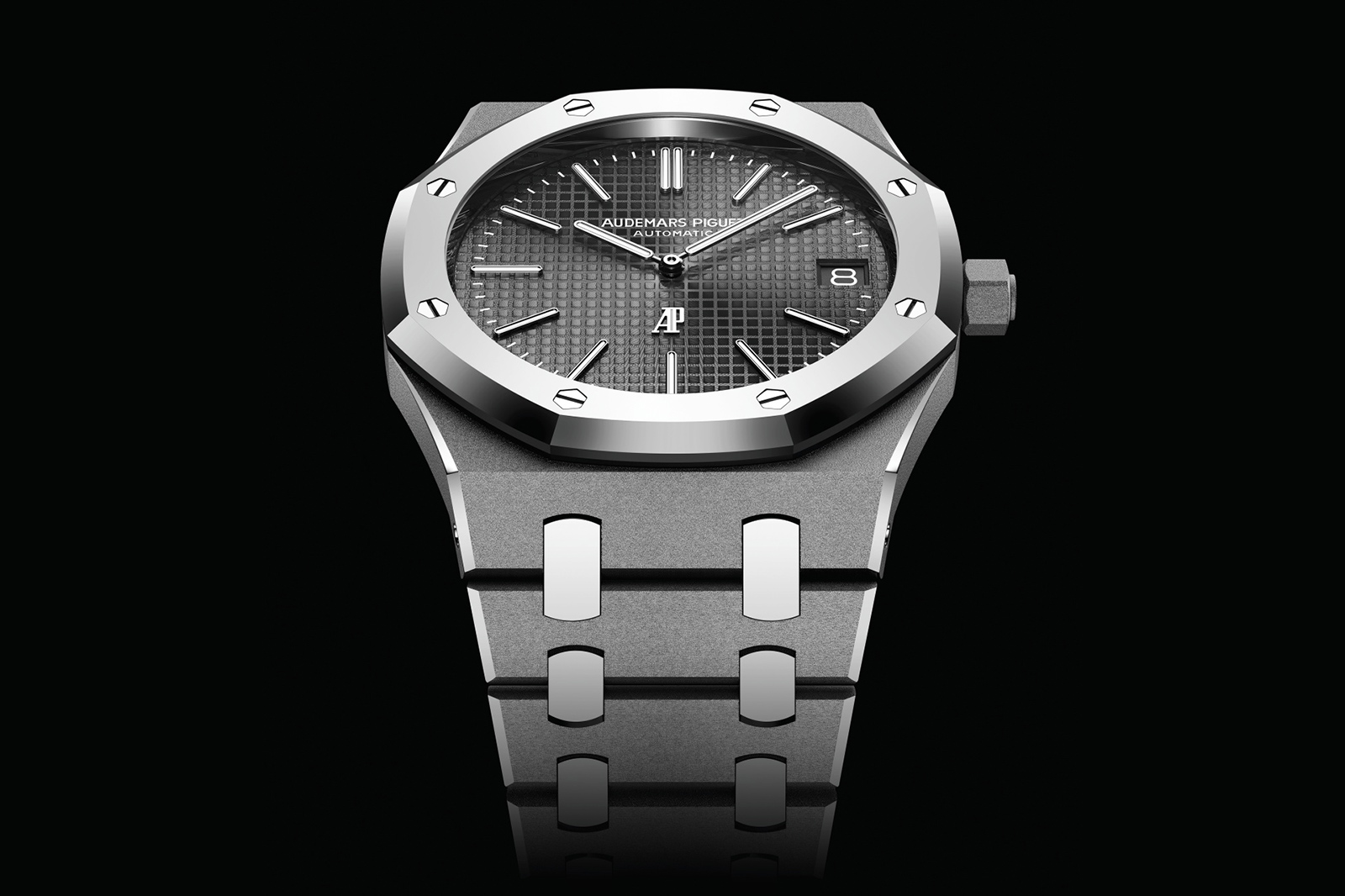 Back in the 70s, Gerald Genta redefined the luxury watch world with the Royal Oak, a watch whose octagonal bezel, integrated bracelet and industrial take on sporty elegance made it iconic in the truest sense. And iconic it still is, an often imitated, never bettered emblem of its era (find out more about the history of the Royal Oak here). Even the engraved dial is instantly-recognisable. That does however make it expensive, too. In the last five decades, many watchmakers have leaned on the Royal Oak’s sports luxe style to create their own versions, some of which are just as visually striking, most of which are far, far more accessible. From digital cool to accessible haute horology, these are our top affordable alternatives to the Audemars Piguet Royal Oak. 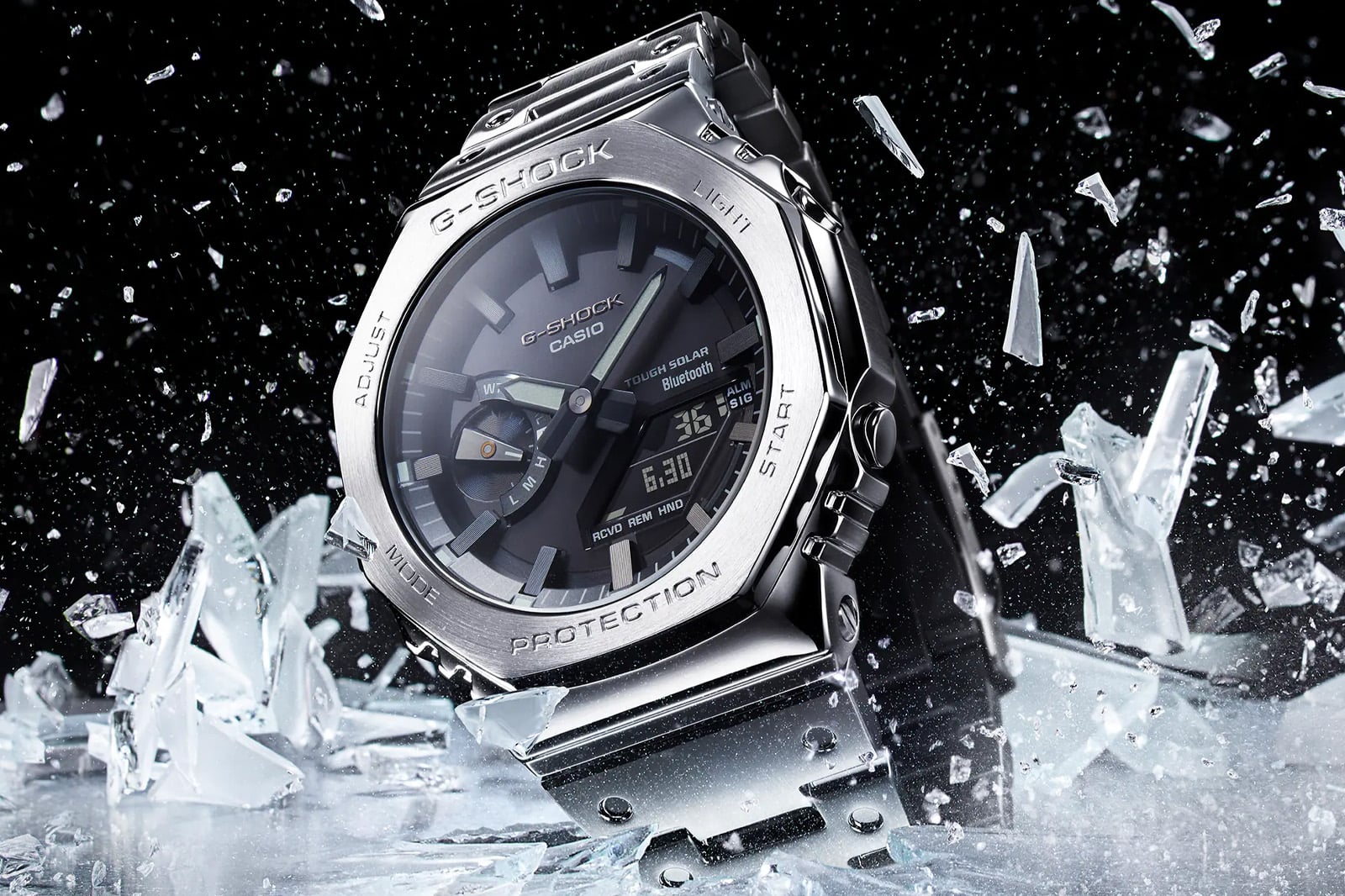 We can’t talk about affordable alternatives to the Royal Oak without mentioning the Casio GM-B2100D-1AER, aka the full steel ‘Casioak’. The main structural aspect that gives the 2100 its “CasiOak” nickname is the octagonal bezel, which has a large, flat surface in the same style as the Royal Oak’s signature case shape. The sports luxe aesthetic suits the G-Shock down to a T and it’s clear to see why it’s gained such a following. In full steel the similarities are all the more apparent, giving the watch the heft that a plastic watch can never have. 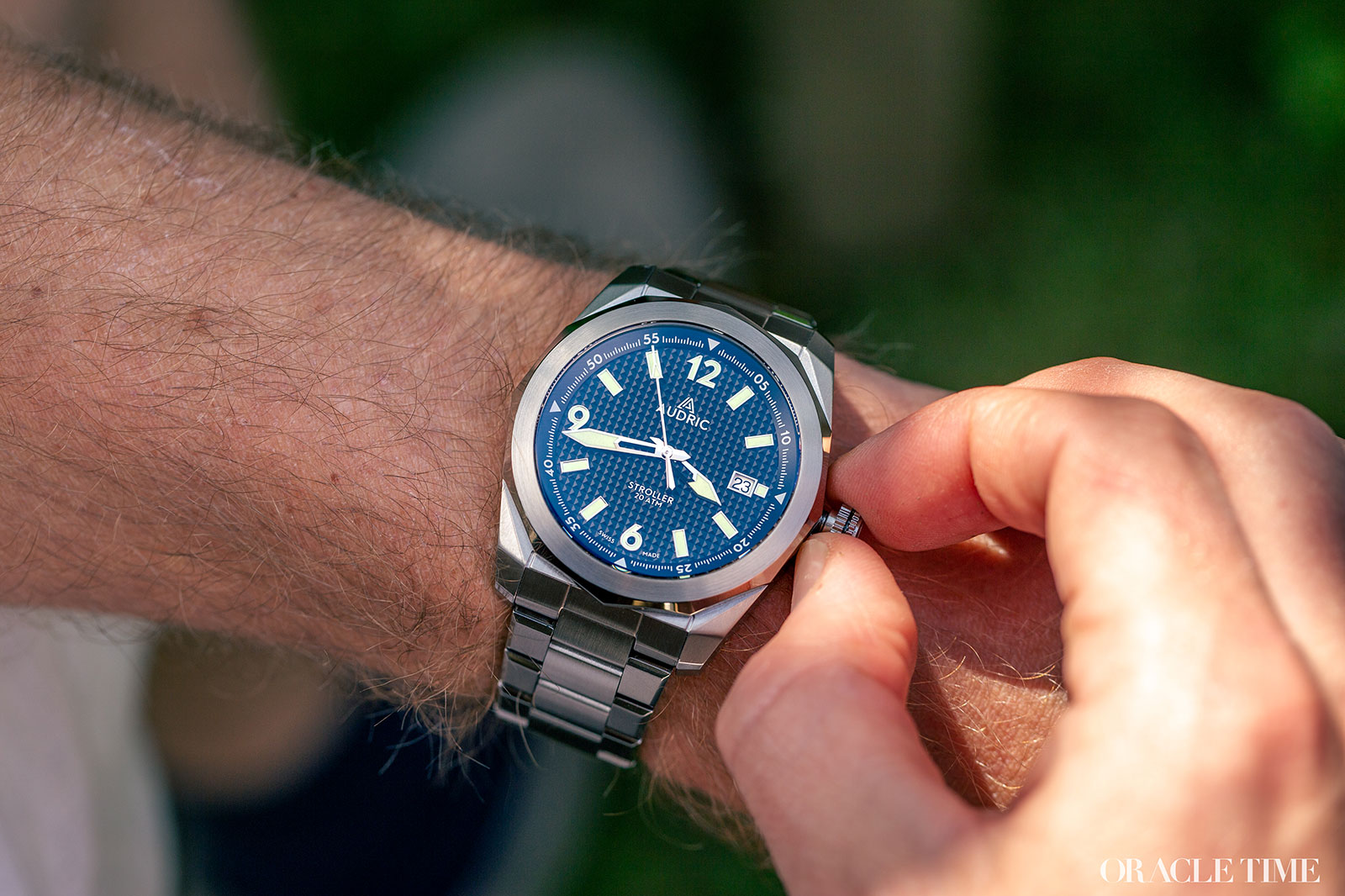 For the truly accessible Royal Oak alternative, we have the Audric Strider, a microbrand watch that was launched on Kickstarter this year. Its faceted case measures 42mm in diameter and houses the Sellita SW200-1 automatic movement. While it might not have the prestigious name of some of the other brands featured here, its solid construction, reliable movement and sporty design make it a powerhouse at only £435. 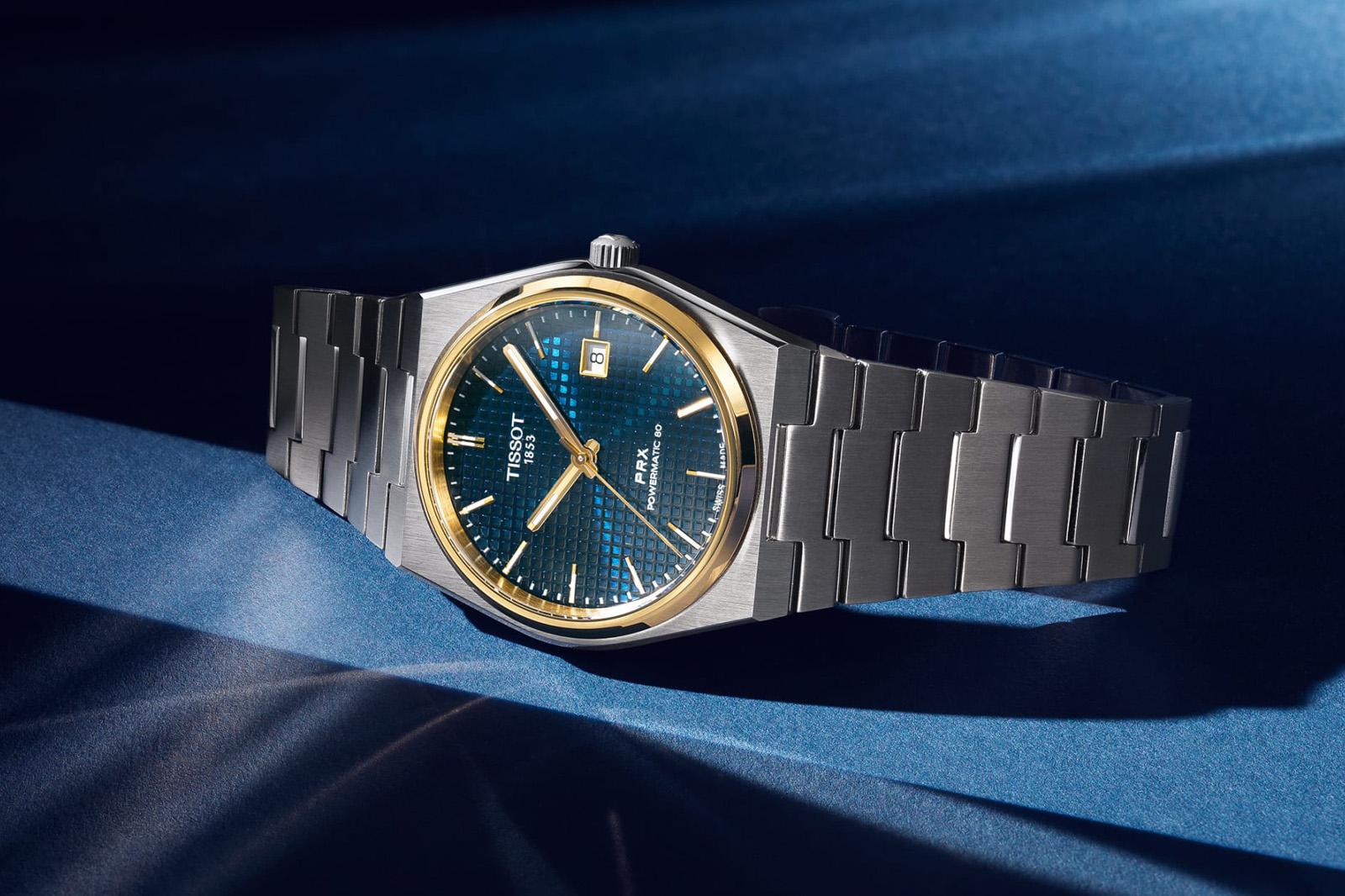 The Tissot PRX was designed in the late 1970s as a response to the sports luxe movement that was beginning to form at the time. The modern version feels like a fusion between two sporty icons, the Royal Oak and the Rolex Oyster Perpetual. Its facetted case has strong RO vibes in powerful steel while the smooth or fluted bezels have a Rolex flavour. What tips it in favour of being an alternative to the Royal Oak is its engraved dial with square motif. 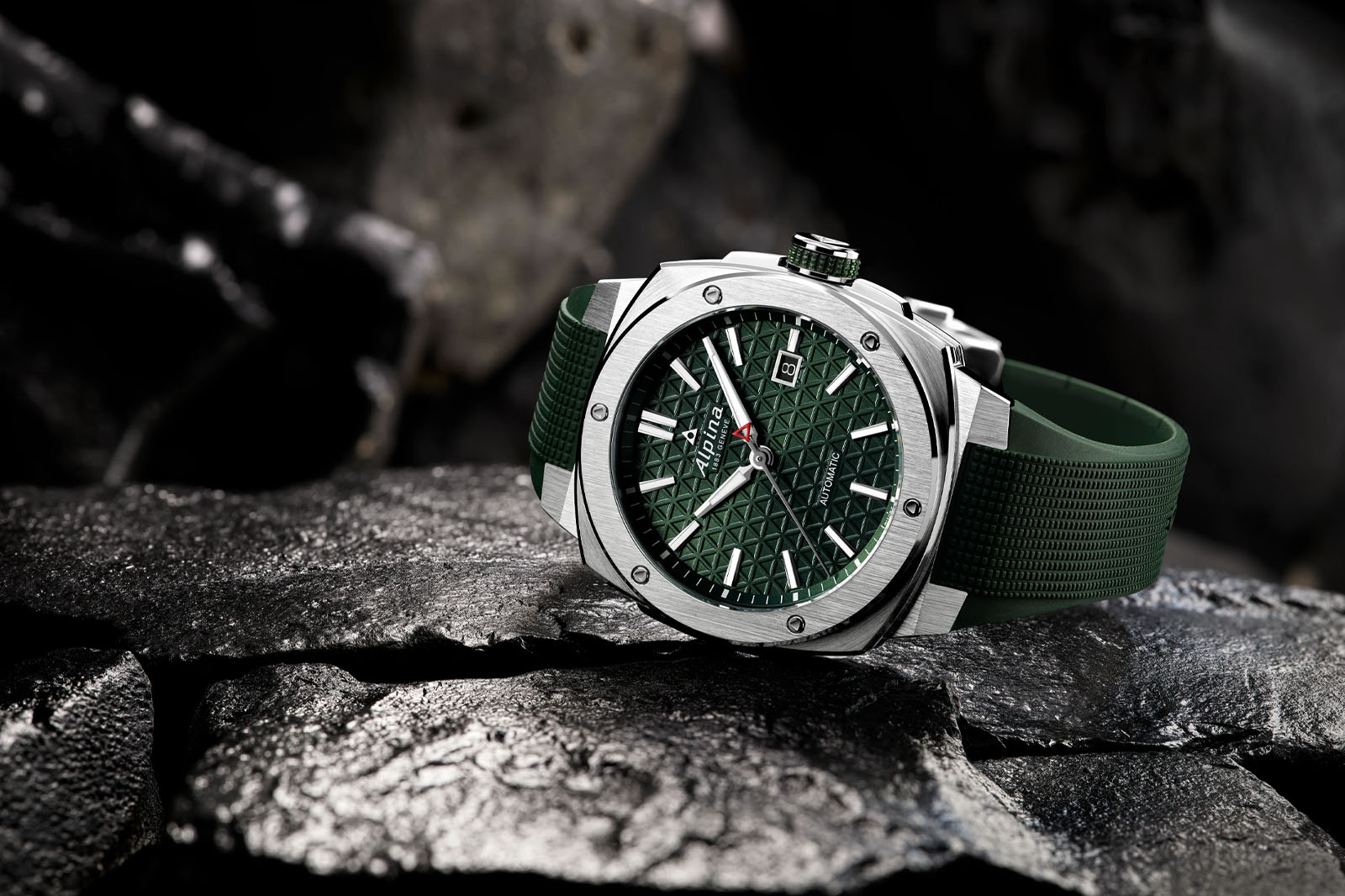 In 2022 Alpina revived their Extreme collection, a series of sporty watches with 41mm diameter cushion cases with round bezels decorated with screws. What really sells it as an affordable alternative to the Royal Oak is the pattern of the dial, which is made from a triangular motif in comparison to the RO’s squares. Its movement is the AL-525 (base Sellita SW200-1) with 38-hour power reserve, nothing too spectacular but about what you’d expect for the price. 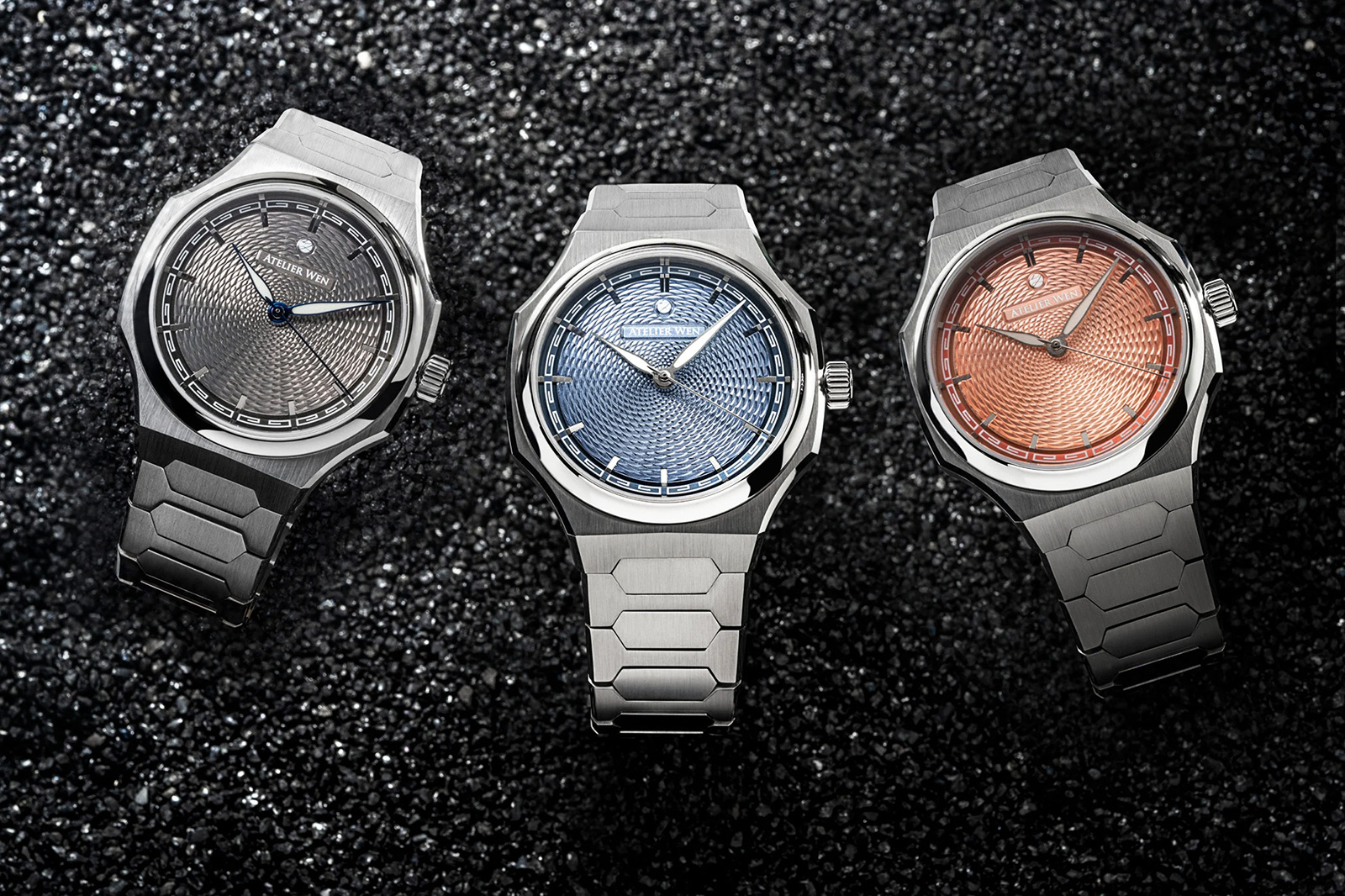 At first glance the Atelier Wen Perception seems live a very different watch to the Royal Oak. It has an incredibly intricate woven dial that looks nothing like the rigid formation of the Audemars Piguet Tapisserie. However, when you zoom out and consider the Perception as a whole you see the familiar components of a steel case with a geometric shape, an integrated bracelet and an engraved dial and suddenly the similarities become apparent. 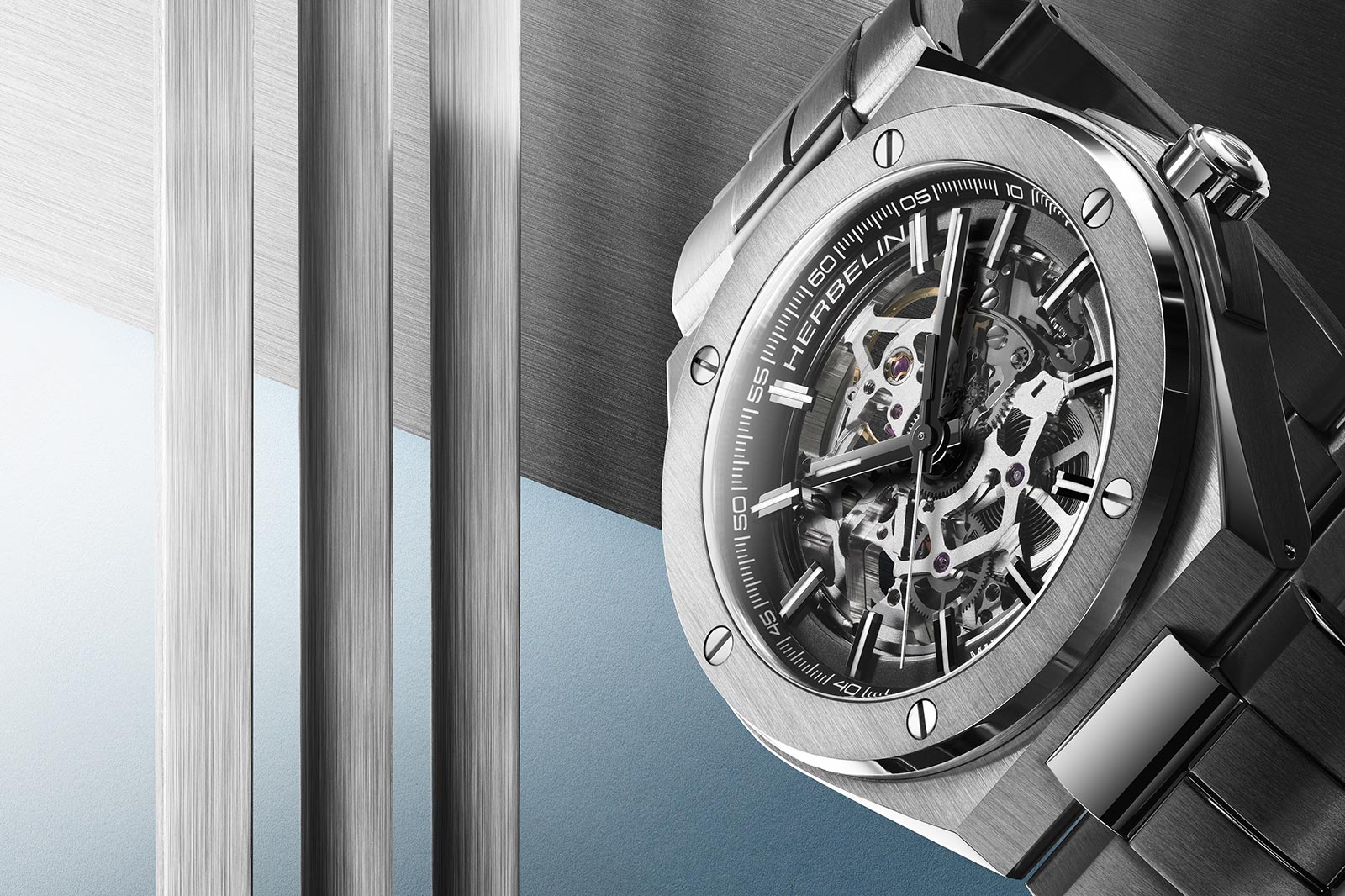 The case of the new for 2022 Herbelin Cap Camarat Skeleton builds on the existing collection with a 42mm diameter in stainless steel and a subtle hexagonal shape. It’s finished with alternating brushed and polished surfaces giving it added depth and visual appeal. On top of the case is the signature bezel, which is thick and round with six decorative screws in the vein of the Royal Oak. Its skeleton dial reveals the Sellita SW400-1 automatic movement. 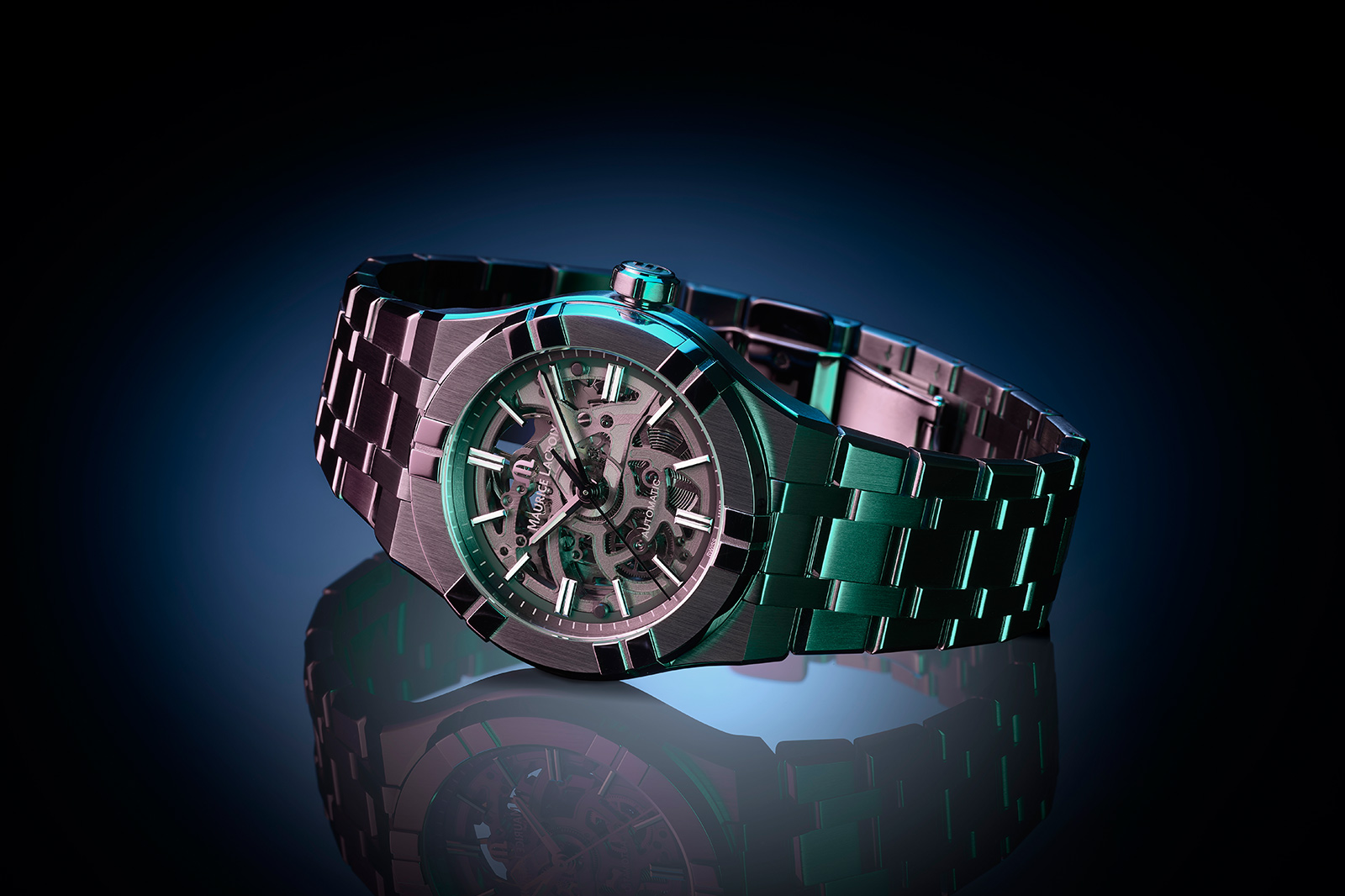 With its sporty case and quasi-integrated bracelet, the Maurice Lacroix AIKON is a great affordable alternative to the Royal Oak. One the most recent versions to be launched is the 39mm AIKON Automatic Skeleton, which increases its luxurious vibe with an open dial that reveals the inner workings of the Sellita SW200 movement housed inside. Skeleton dials aren’t an uncommon sight in the Royal Oak collection, even if the most sought-after references are those with Tapisserie guilloché. 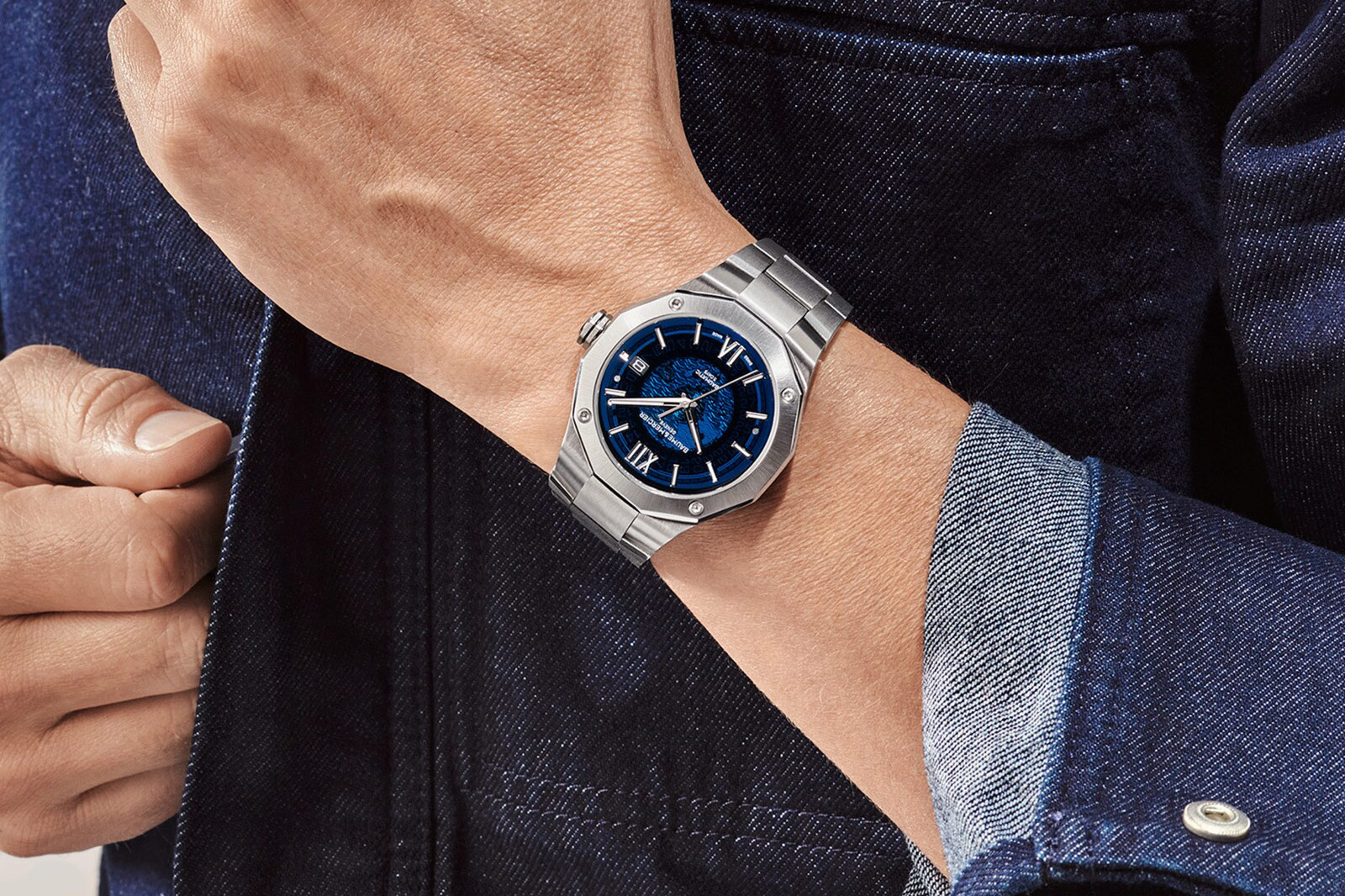 The Riviera 10616 is a relatively new addition to the Baume & Mercier line, stunning with its combination of 12-sided steel bezel and translucent dial. That translucence of the dial helps draw out the similarities between it and the Royal Oak because it emphasises the textured surface and showcases the Baumatic BM13-1975A calibre inside. It’s a very impressive movement with a 120-hour power reserve, which more than weekend proof by a substantial margin. 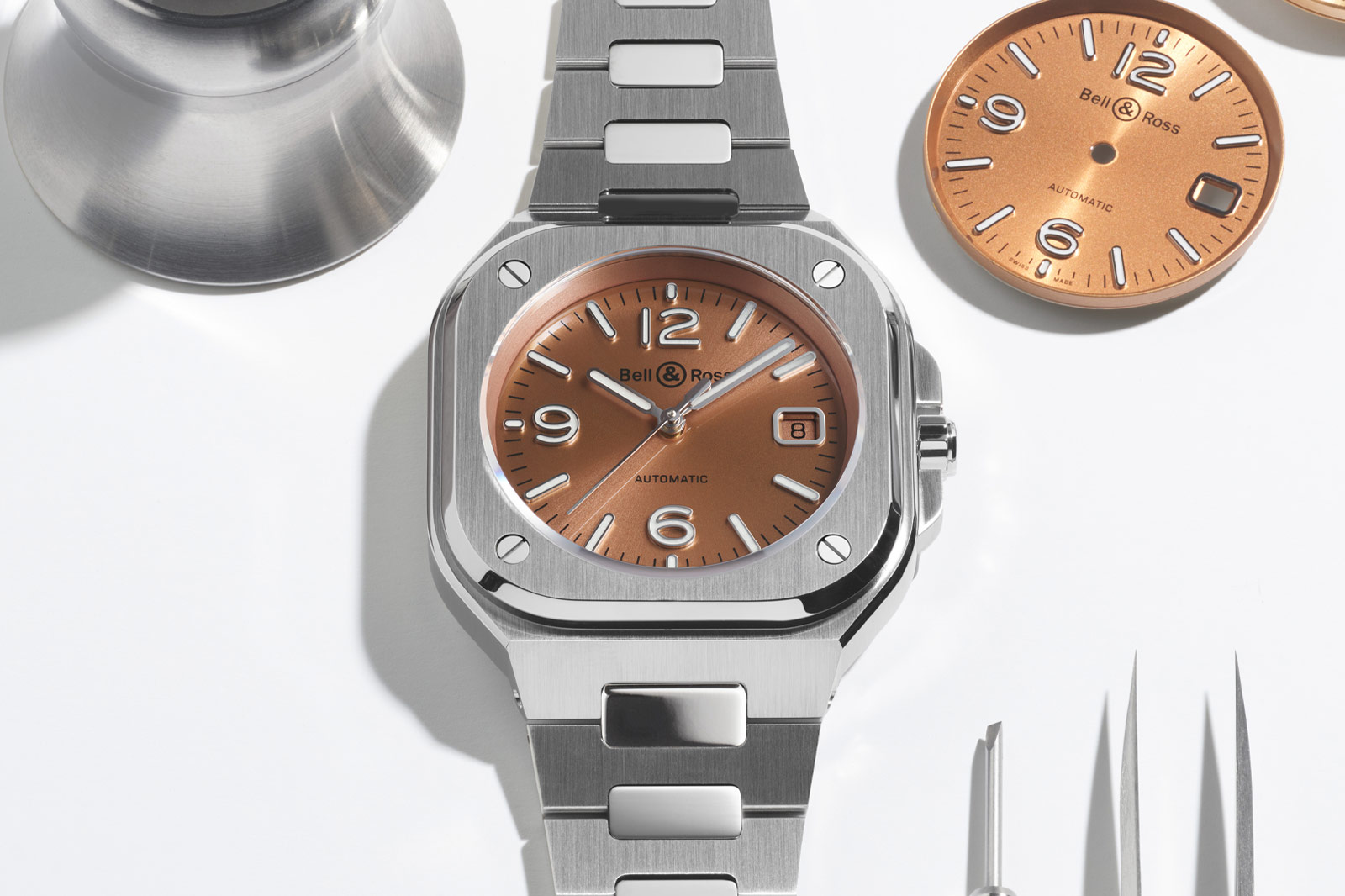 Two of the core features of the Royal Oak are its geometric shape and steel construction, both of which are attributes shared by the Bell & Ross BR05. It has a rounded square shape with a thick bezel and decorative screws, giving it a strong sports luxe aesthetic. At the same time, its hyper-legible display with over size Arabic numerals and lumed indexes retain Bell & Ross’ signature tool watch vibe. It’s powered by the BR-CAL.321. 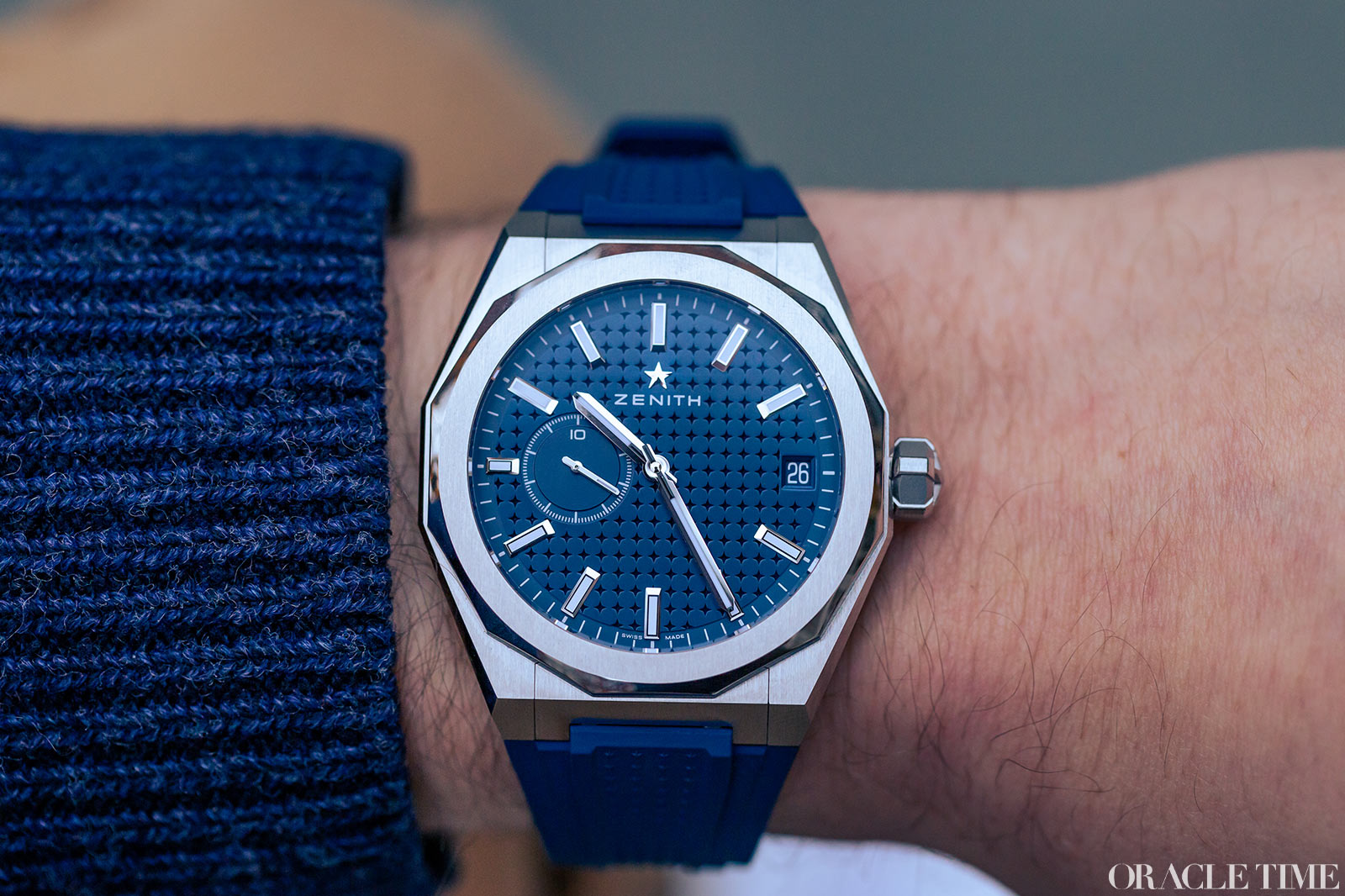 The Zenith Defy Skyline has that instantly recognisable octagonal case with a dodecagonal (12-sided) bezel and the kind of sporty industrial character that brings Gerald Genta to mind. It really stands out on the wrist, catching the light at unusual angles and generally being a low-key showstopper. It’s sharp, angular and impeccable, with a lovely mix of brushed and polished finishes. It’s also stainless steel, unlike previous, titanium Defys. Defies? Defys. 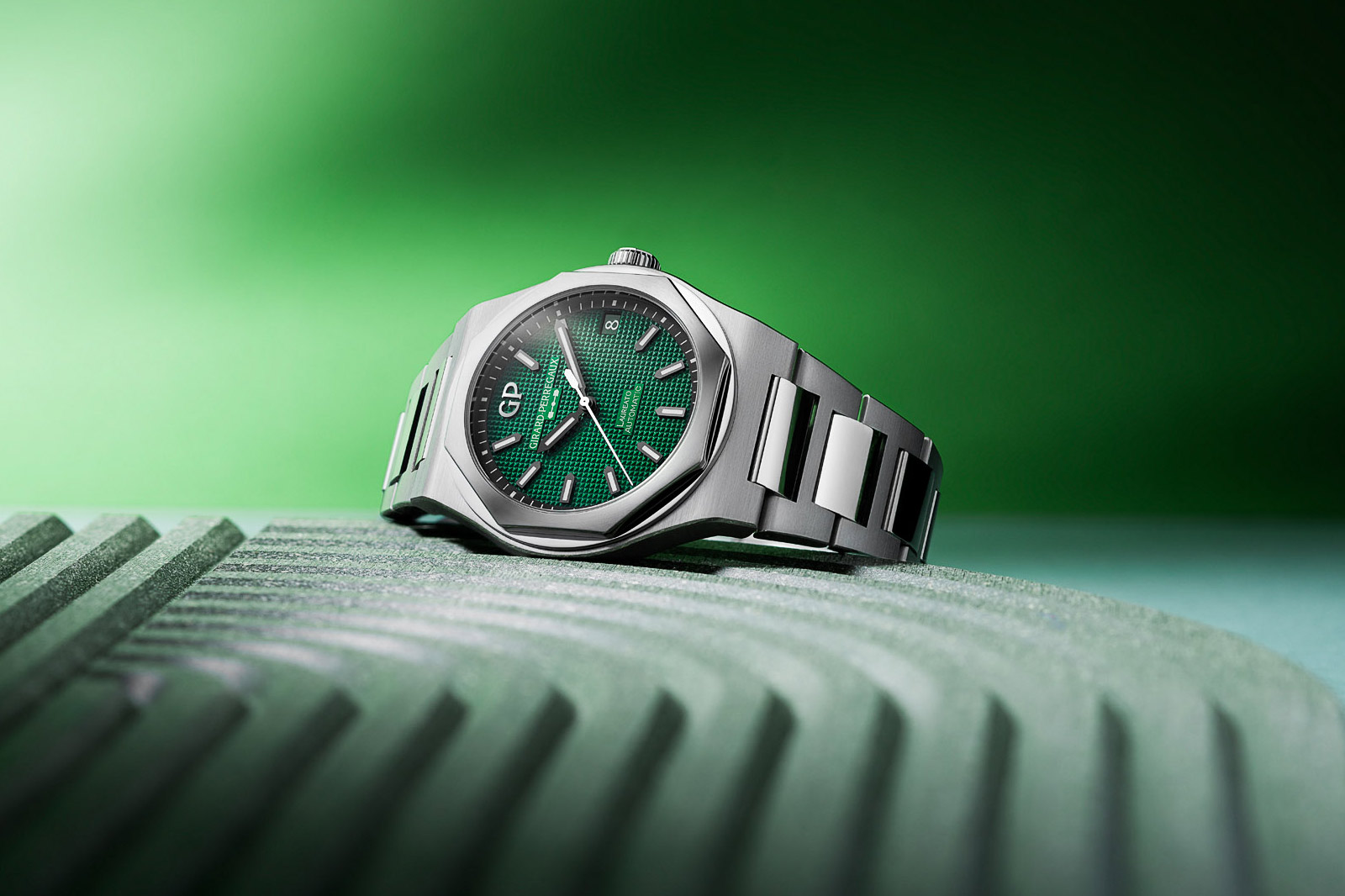 Ok, yes, a Girard-Perregaux Laureato is not a watch that you’d call affordable, however we’re talking about it in context of the Royal Oak and in this specific circumstance, the GP is an alternative that is half the price. Style-wise the comparison is immediately apparent. An octagonal bezel, a steel case and an engraved dial. Plus, like the Royal Oak, the Laureato is an alternaitve with a wide range of colours and finishes, providing countless options and variety. Some however might say this is the dark horse compared to Audemars Piguet’s easy bet. Under the hood is the GP01800 automatic movement.