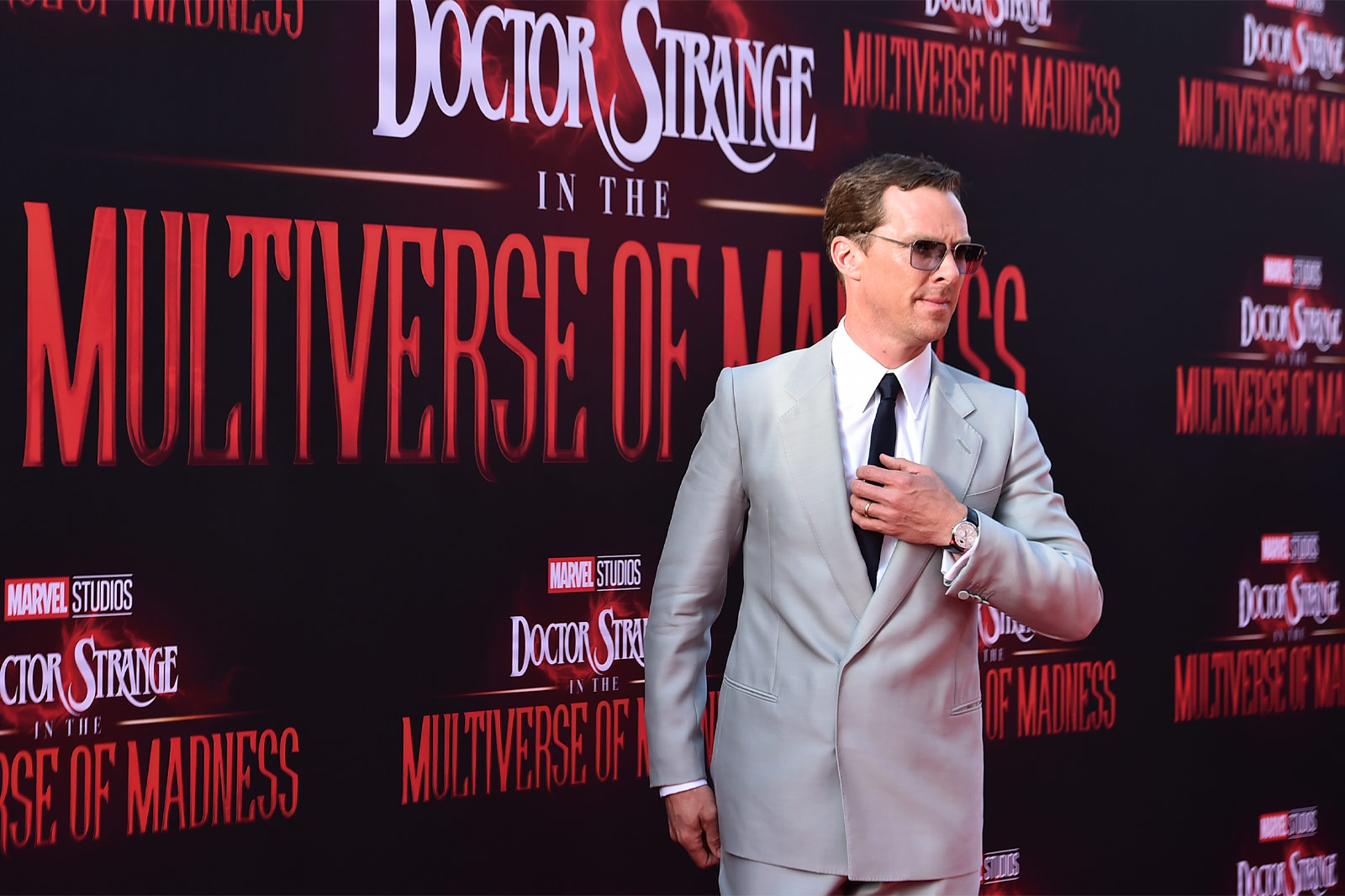 Whether you’ve seen him cracking the enigma code, hunting Moriarty’s cohorts or ranching in the Old West, you’ve definitely seen Benedict Cumberbatch’s work. The British actor’s made a name for himself as the thinking man’s star, taking on a raft of cerebral roles throughout his career. That includes, of course, the most cerebral – and now best goatee-clad – hero in the Marvel Universe, Doctor Stephen Strange.

We’re certain most people know what we’re talking about. Glowing mandalas of light, eight-armed meditation, time shenanigans and now multiversal jaunts are all part and parcel for the Sorcerer Supreme. For the eagle-eyed watch lover, however, so too is a very particular watch: a Jaeger-LeCoultre Master Ultra Thin Perpetual. It’s a beautiful piece and one that has a particular impact on the films. It’s also one that Cumberbatch picked out himself. 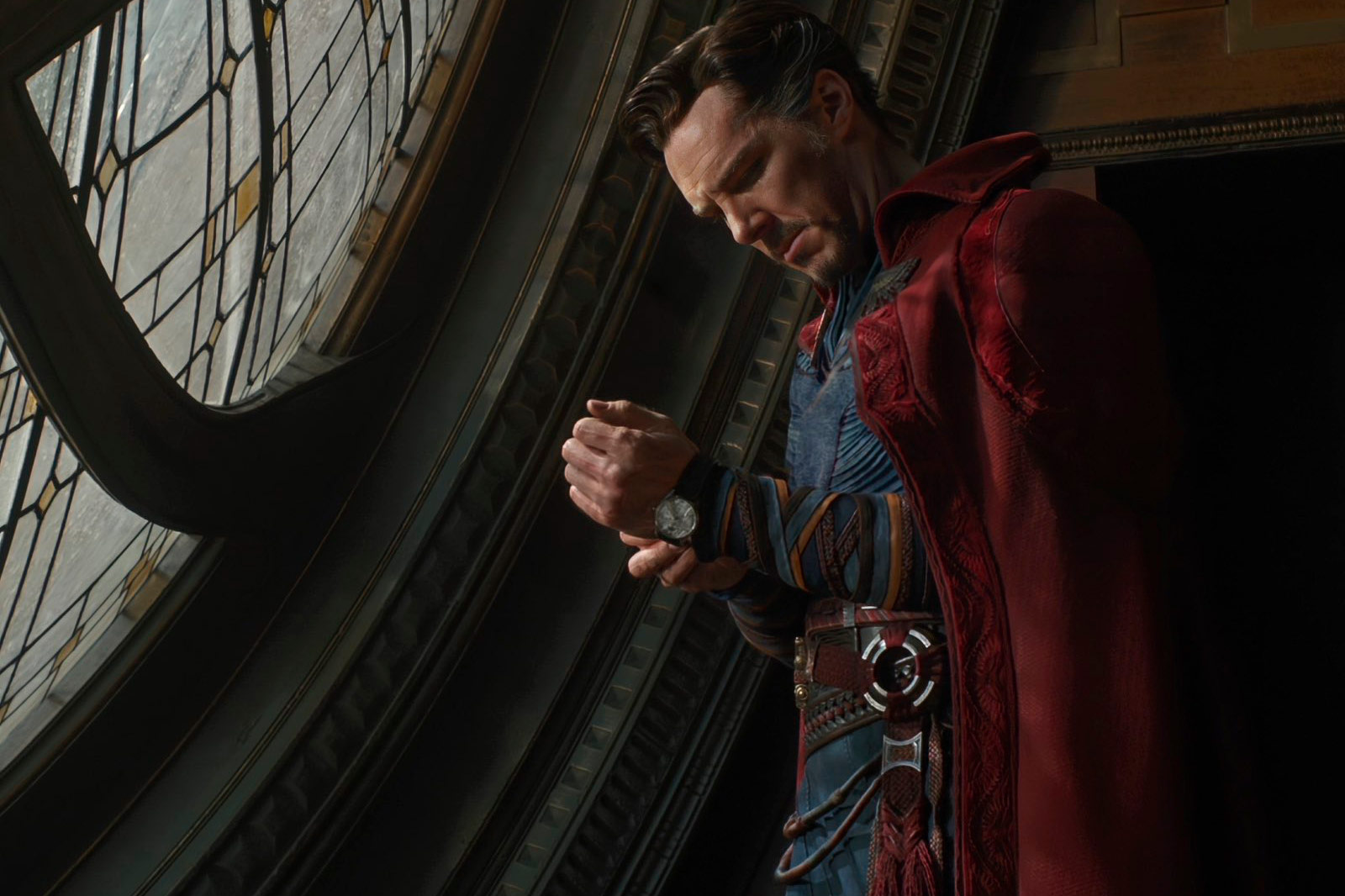 “As far as I was concerned it aligned with the character,” he says. “I had final say over the watch and it was the one that spoke to me of the sentiment between Strange and Christine. Rachel McAdams would have had some input too as it’s her character giving the watch. As a piece it had enough class to work, it had status but wasn’t as overbearing as some of the other options on the table.”

Of course, anyone that’s seen both films – which, given their box office results, is more likely than not – the Jaeger-LeCoultre in question plays a much bigger role than you might expect from a film about transdimensional wizards. 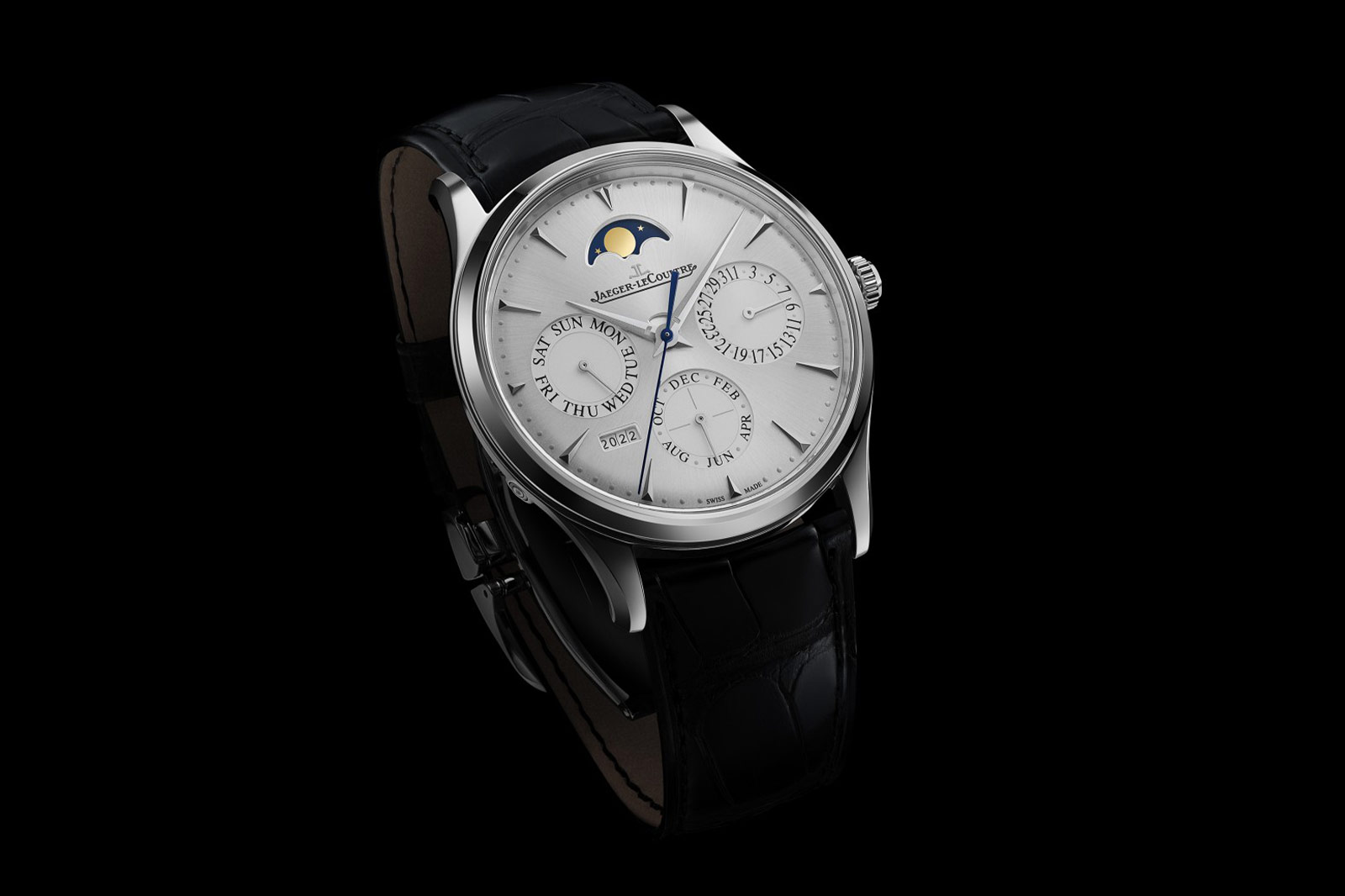 “In the first film,” Cumberbatch explains, “it was symbolic of the character and his relationship with Christine Palmer. It was very important in the fact that it stopped at the same time as his previous life in the car accident. And he holds on to it. Why does he hold on to it? Because he’s the Time Lord? No. It’s because he’s still.”

In Doctor Strange in the Multiverse of Madness, that theme comes full circle in a touching scene at the very end where (minor spoiler alert) the Sorcerer Supreme can be seen finally mending his sentimentally precious piece. Why? 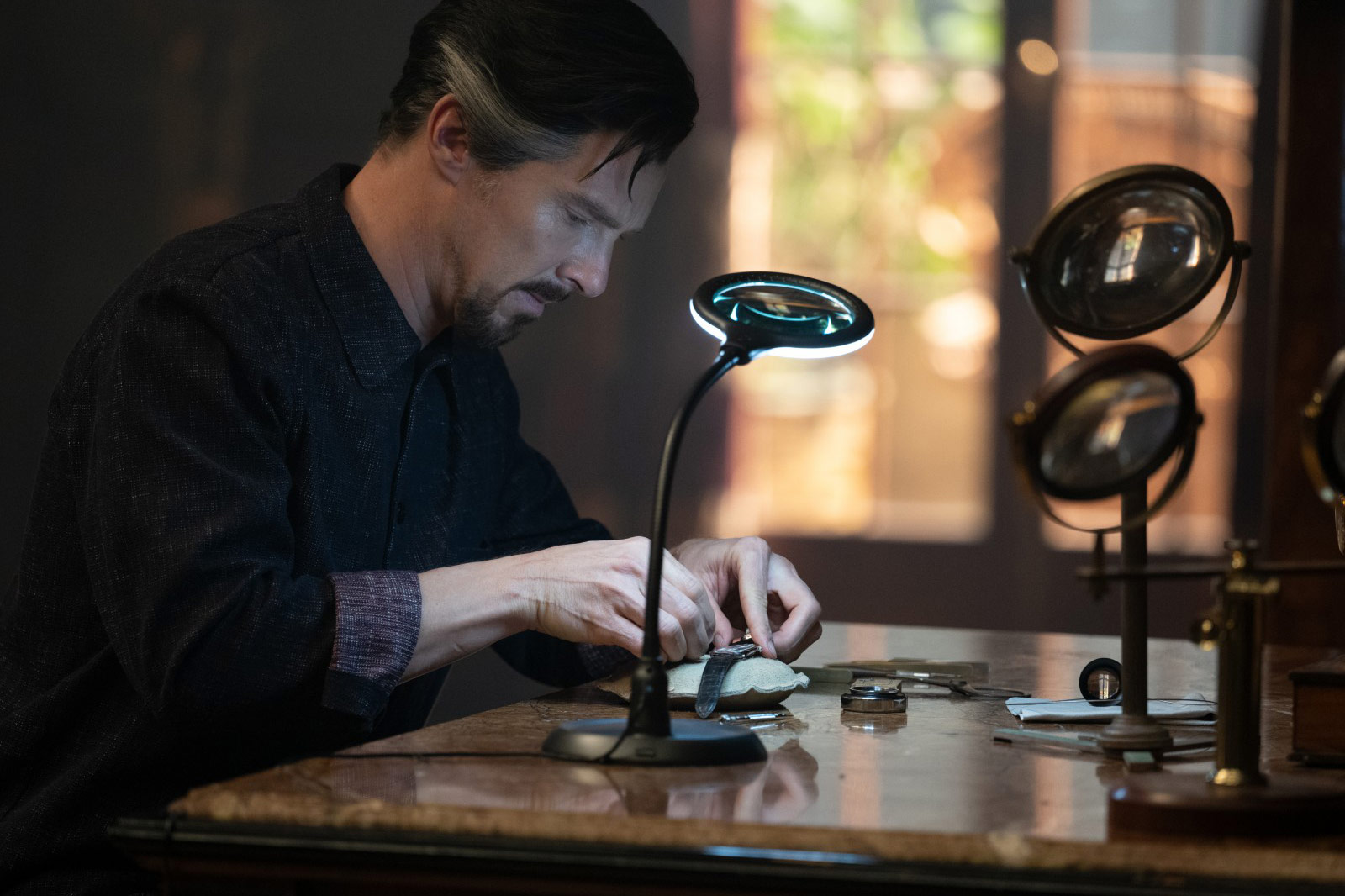 “It’s closure really,” says Cumberbatch. “And to do that, he’s setting the timepiece free again. He’s making it work so that it can carry on without him. He puts it in the box. He doesn’t put it back  on his wrist. He’s no longer the broken- hearted Stephen Strange, who didn’t get  the girl. He’s a man who’s moving on to a new time and new adventure.”

Needless to say, the on-screen relationship between Strange and Jaeger-LeCoultre is an important one and, following the first film, one that Cumberbatch imitated in life. Not only did he become an ambassador for the maison, he became the frontman for its latest campaign for the superb Polaris – a campaign that involved freediving in New Zealand. 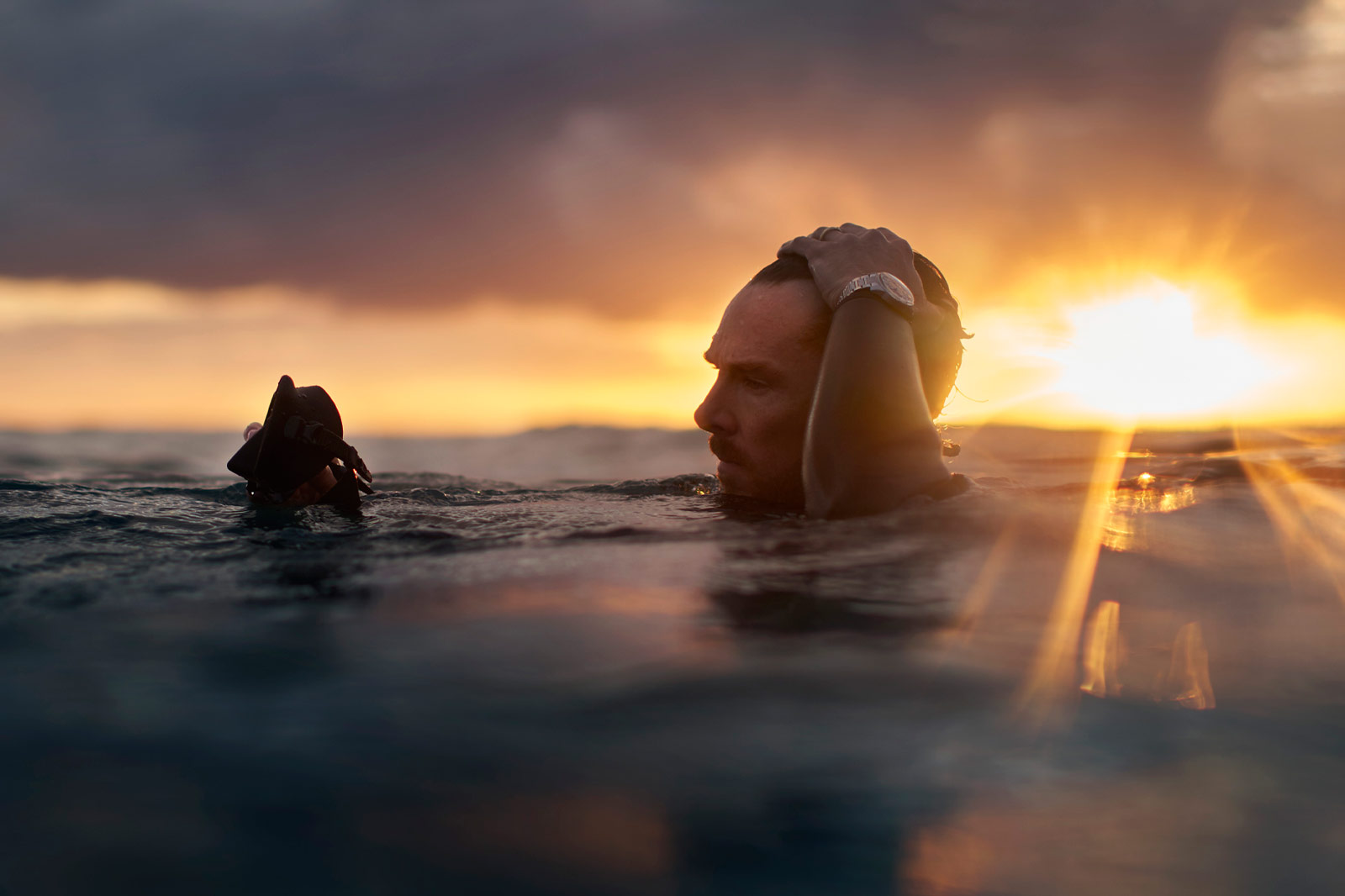 “It was extraordinary,” he says. “I think there was something slightly off with the communication amusingly, but it worked out very happily. When we were discussing the campaign I said, well, look, this is a dive watch. I love diving, I have a scuba license. But I must have just said diving at the time because a few days before I finally read the small print and realised it was freediving – which I’d never done before in my life.”

Not that it stopped Cumberbatch from jumping right into things, literally and figuratively. He even brought some of his acting expertise to the exercise. “The meditation sequence you see me doing beforehand is me experimenting with the Wim Hof method of breathing before getting into the water. Once I was in it was joyous! The crew were great and there was something mad adventurous about it. The water was a bit more rowdy than we wanted, we were getting slapped against the hull as there was a bit of wind, but that’s life, that’s the world.” 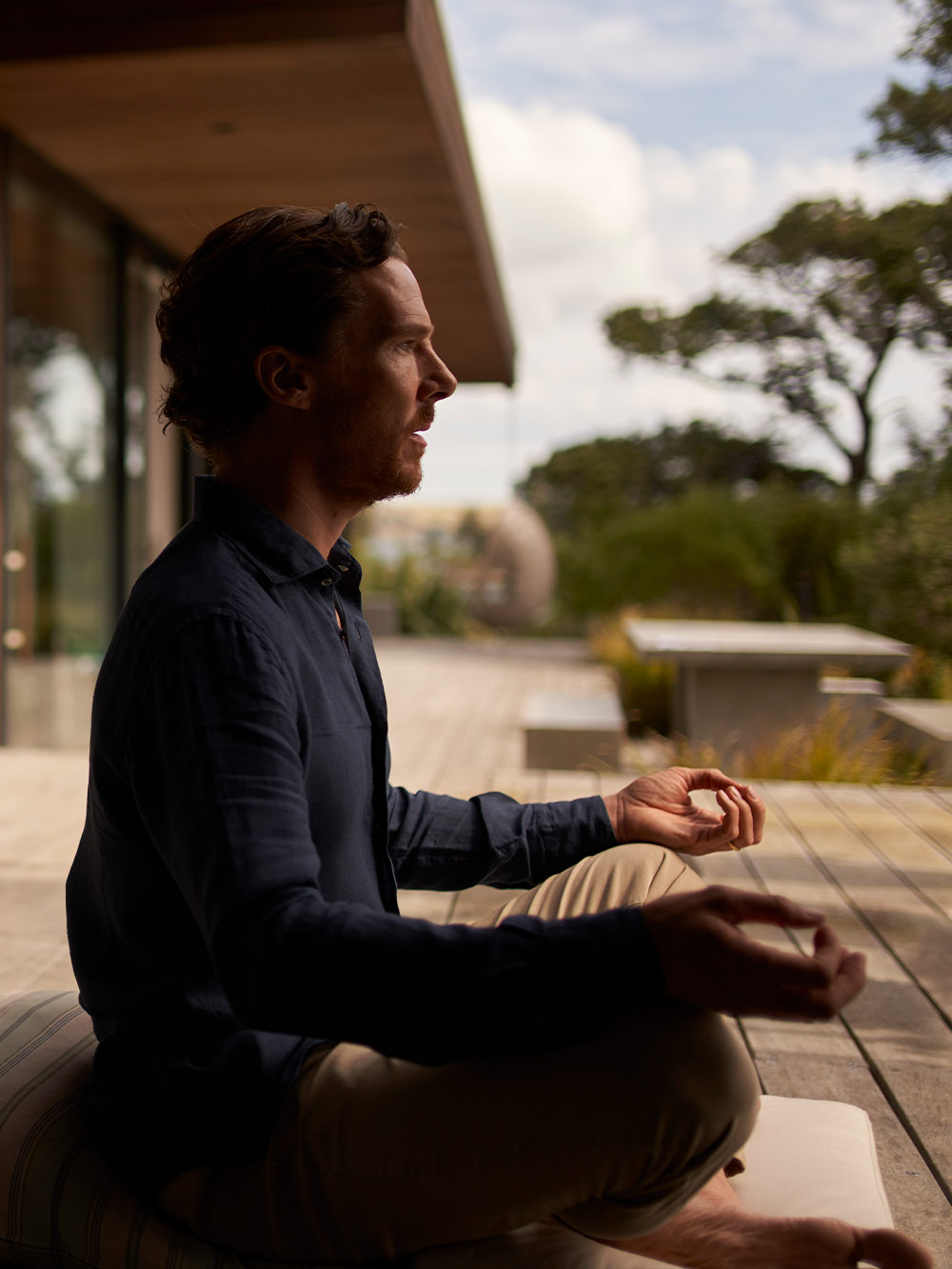 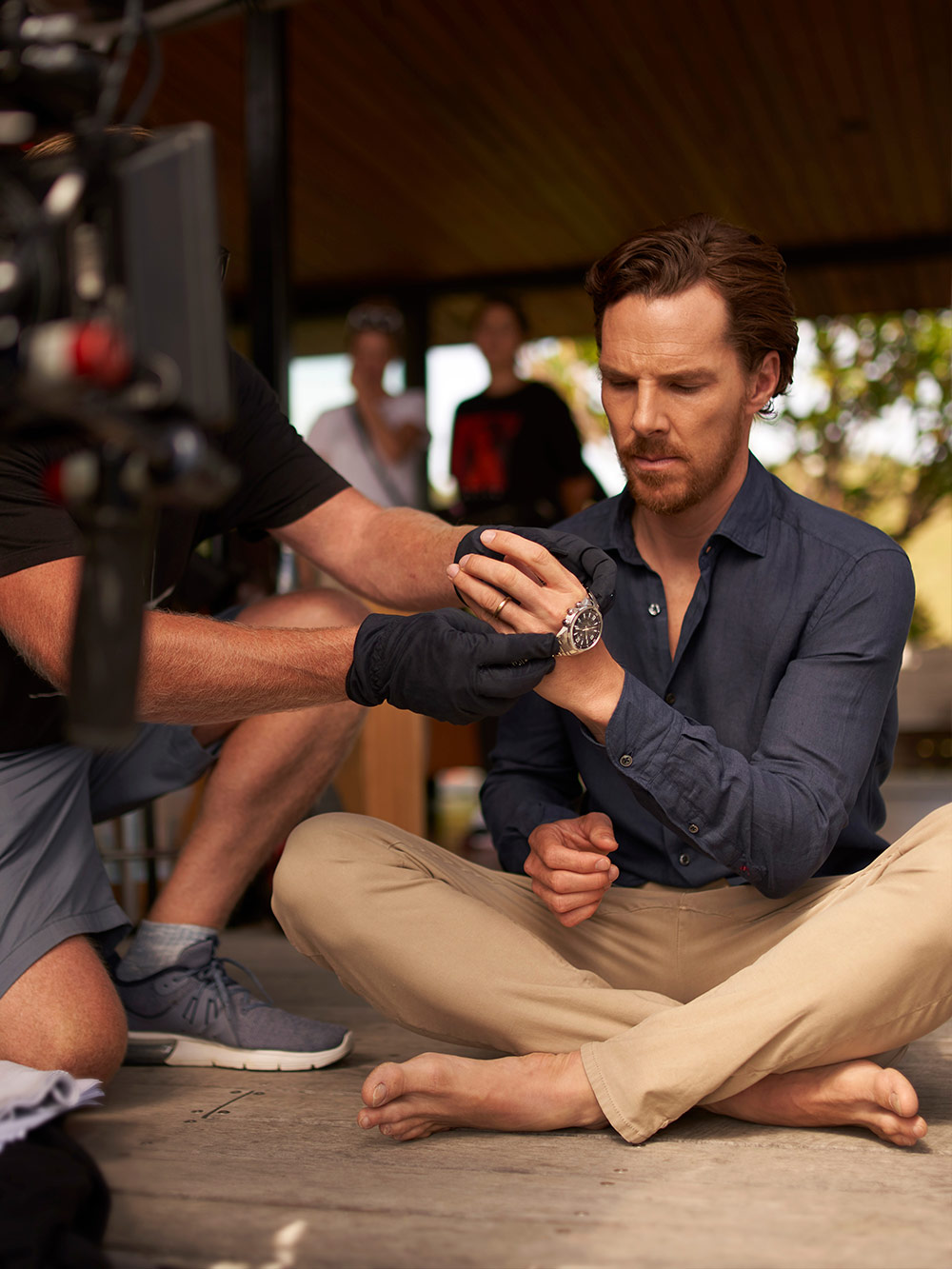 The water wasn’t the only thing that was less than smooth sailing. They may have nailed the watch, but the wardrobe department apparently didn’t do quite so well with the second most vital piece of equipment.

“My wetsuit was huge on me!” says Cumberbatch. “I managed with the belt tightened but it was quite comic. I had to double my weight because it was so big and buoyant on me! But the watches look great and all the elements came together in an outcome that speaks for itself. I’m very proud of it.” 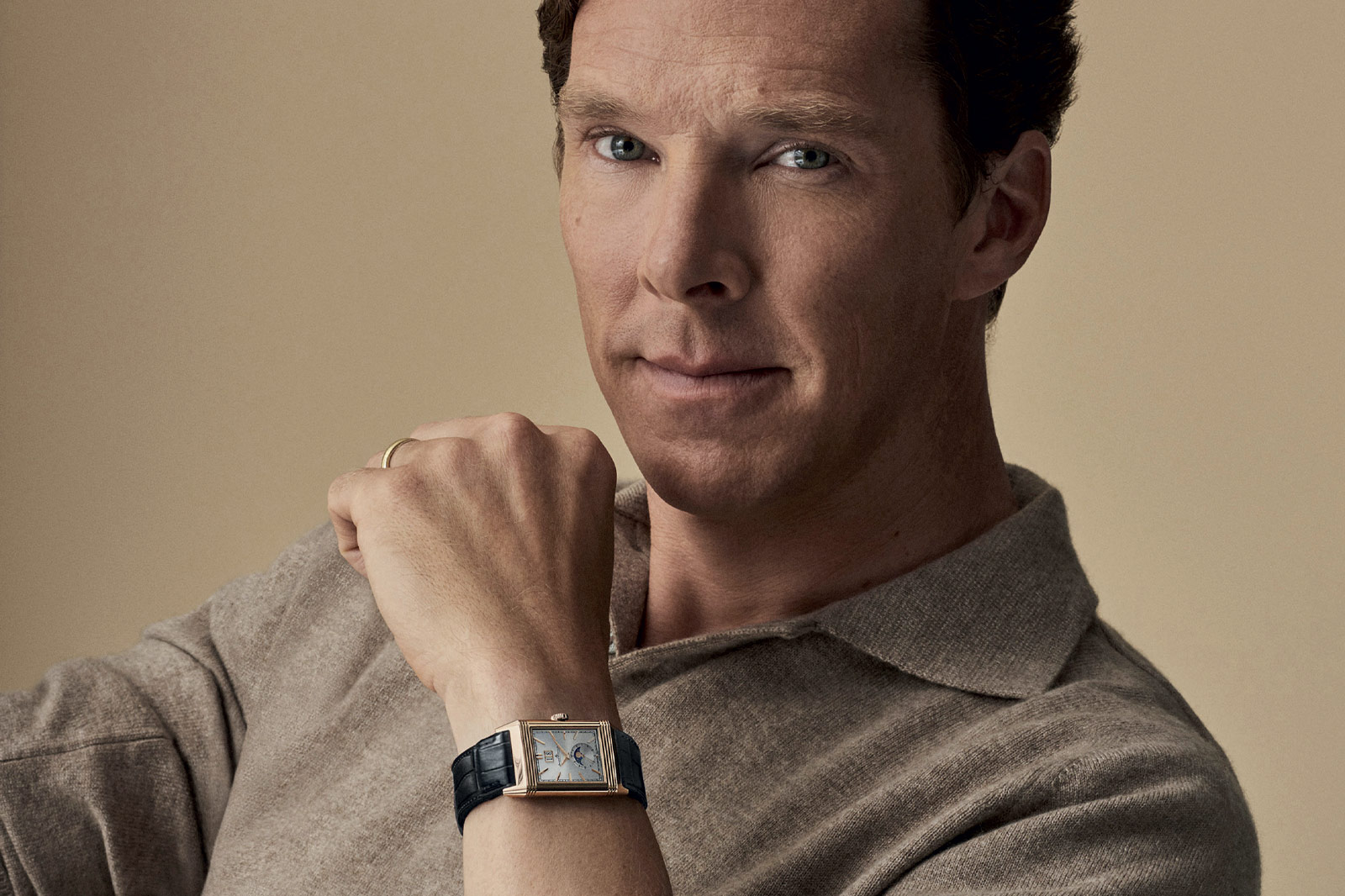 Outside of campaigns for watch brands or even the Marvel universe, Cumberbatch has plenty of other career highlights to be proud of too. Sherlock Holmes, Alan Turing, he’s portrayed more than his fair share of iconic figures both historical and fictional. He also has plenty more on his bucket list to get through – though he’s a little cagey about it when asked, for an odd reason.

“There are a few characters out there that I’d like to portray but I have to be careful what I say. It’s a weird thing. I’ve bucket listed characters two times now and both times it’s happened. One was Hamlet, the other was Patrick Melrose. I mentioned both during a live Reddit thing while I was on tour in Australia and then those two projects both came into being.”

“To be to be clear, that’s the only time I’ve done it because frankly, I’ve just been along for the ride and loved it. And you know, we’re creating so much work that’s already on our slate at Sunny March, my production company. It’s just bad voodoo for me to state these things outright.” 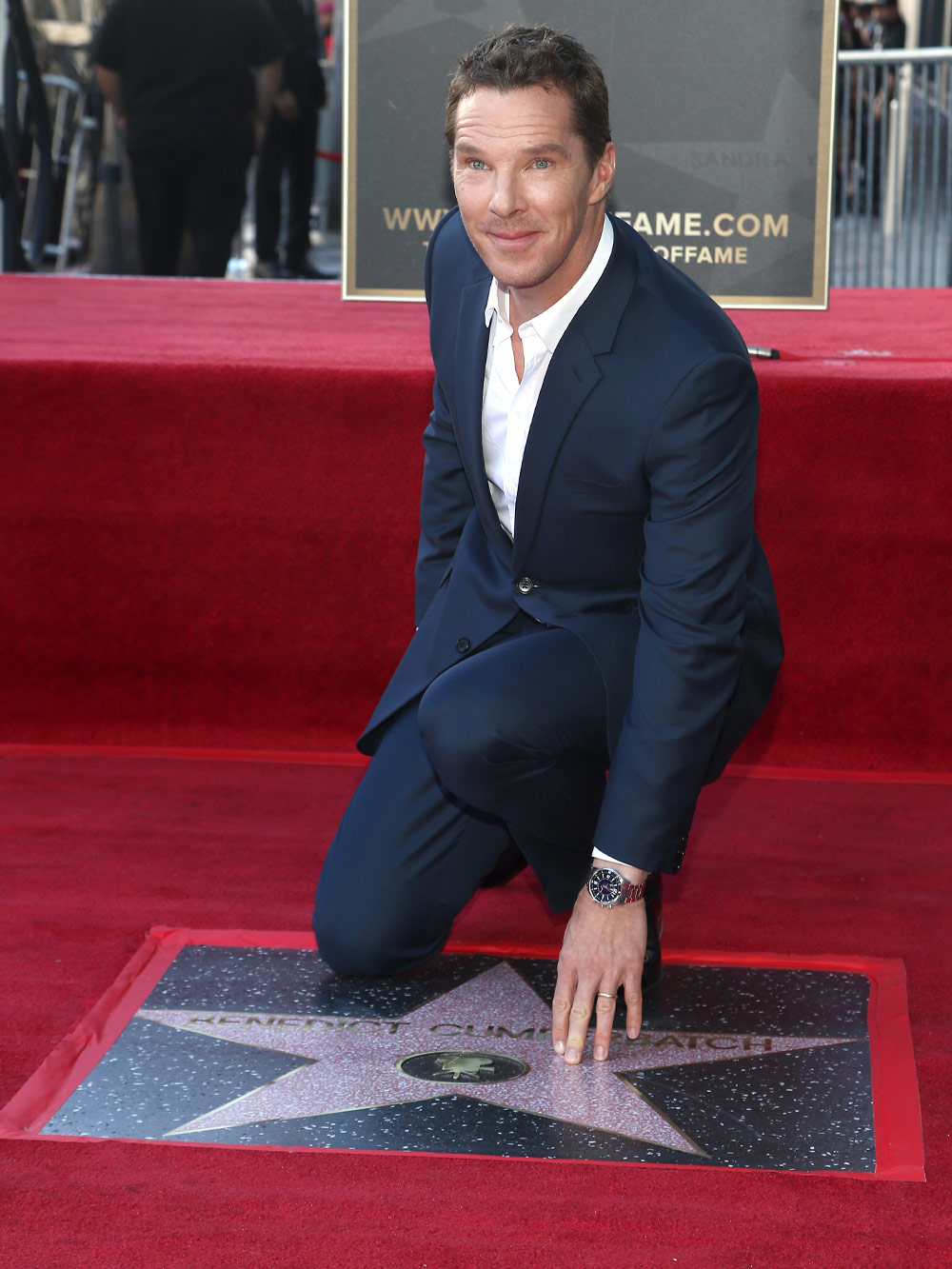 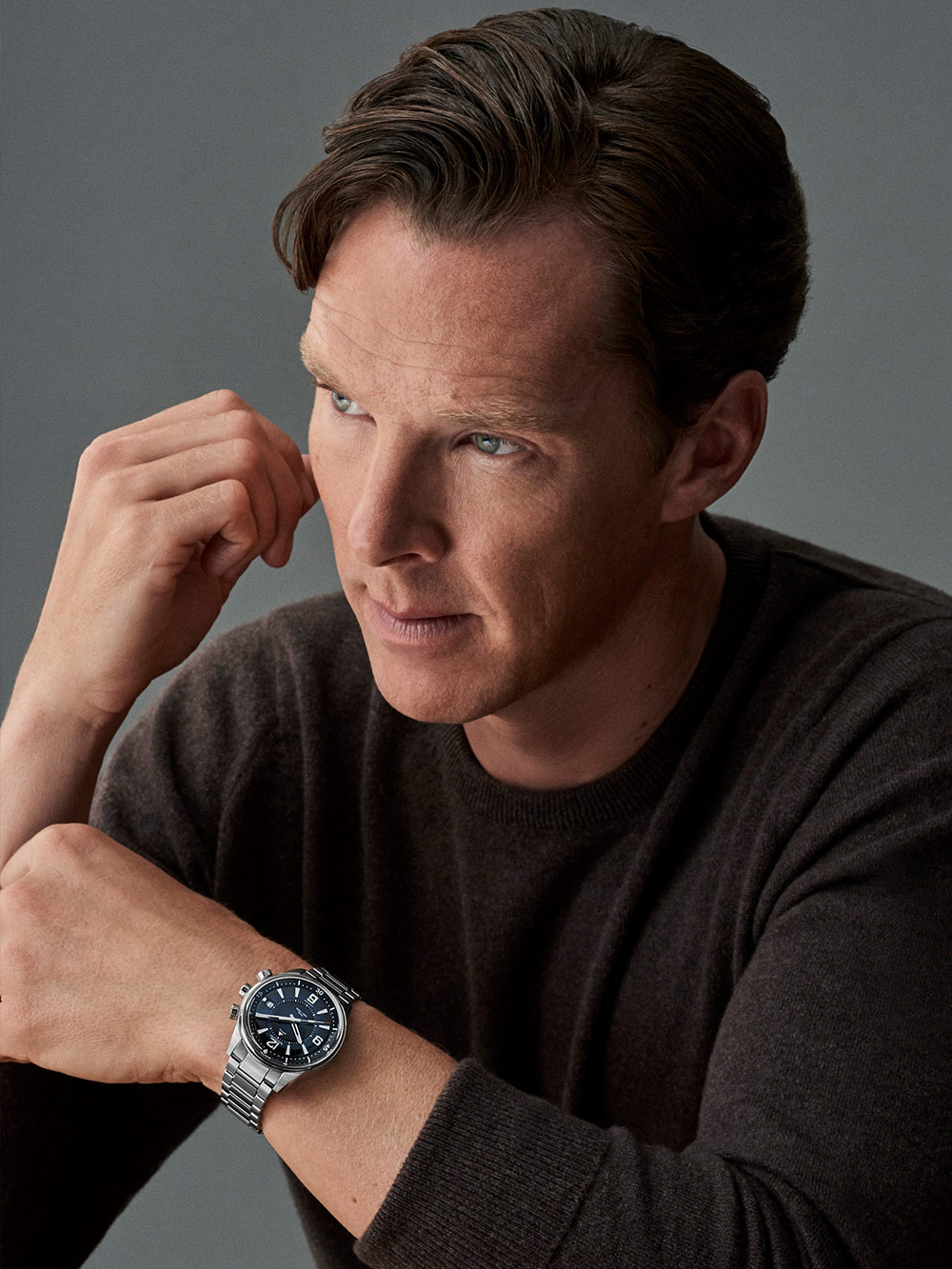 Unfortunately, Cumberbatch has been well trained in not letting too much on and, despite a few apparently substantial clues, we couldn’t for the life of us guess what his next project entails.

“There is one I’m working towards right now, sort of based on real life character, that’s fictional,” he reveals. “There have been variations portrayed in the past but not this in-depth. It’s a huge subject, very pertinent to world politics at the moment. That’s your clue, I guess.”

Aside from getting the opportunity to bring beloved (or otherwise) characters to the screen, one of the biggest perks of being a world famous, headlining actor is of course travelling. Exotic locales across the world are just begging to be brought to life on screen and given the breadth of Cumberbatch’s work, there’s likely a fair few places that he’d like to go back to at some point. 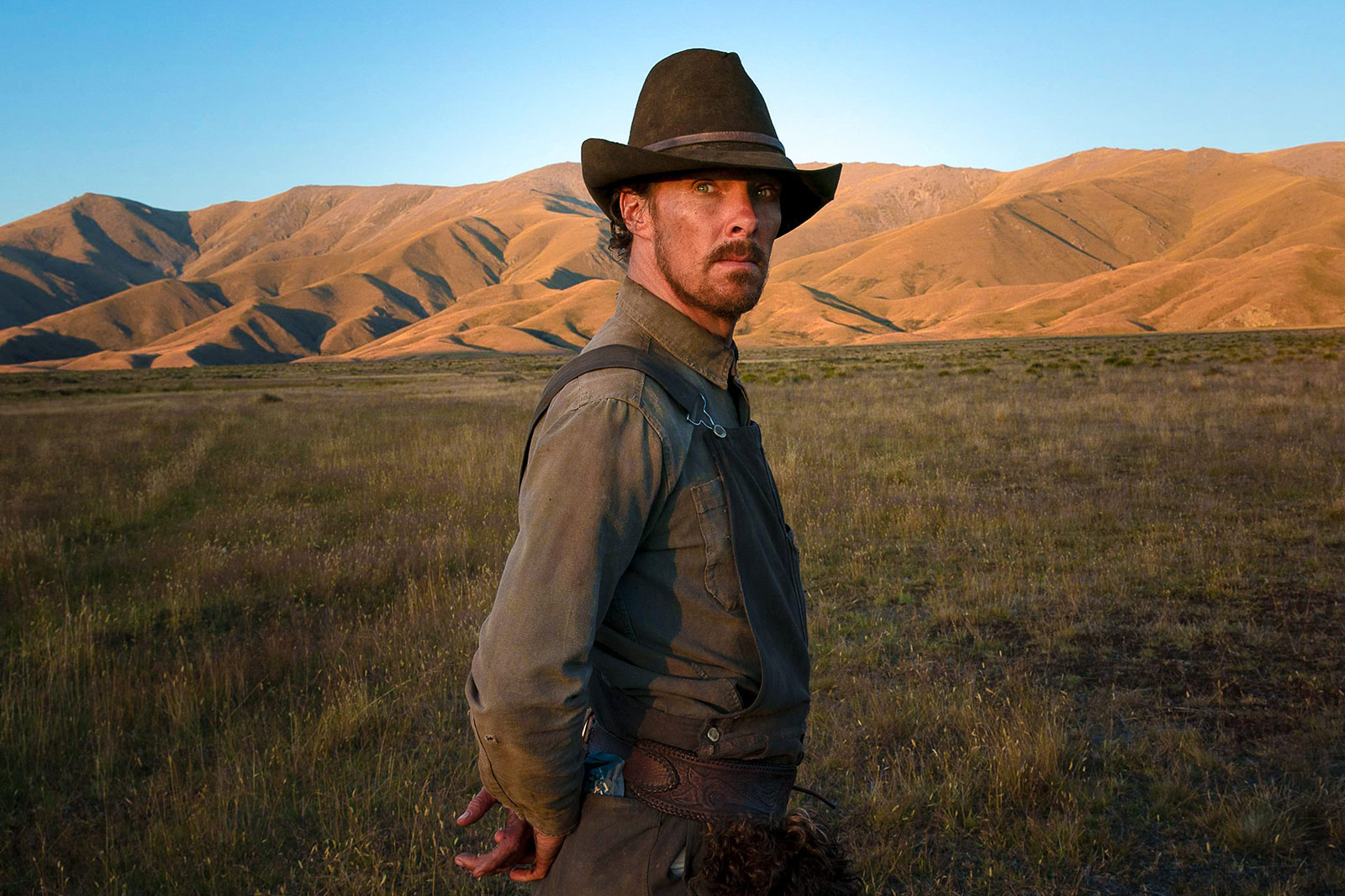 “Well, New Zealand for one,” he says. “Before shooting there, I’d heard about it from friends like James McAvoy, who described the landscape as ‘Shropshire on steroids’. And he was right. I first experienced it during The Hobbit, which I begged Peter Jackson to do some live action motion capture for and he was like, you don’t need to. It’s just the voice over. And I said, I really want to do it, you know, but really it was a ruse to get over there and work with him in person rather than down the line. I had a fantastic time running on a carpet and being Smaug for him for four days.

I went exploring afterwards, threw myself out of airplanes, did the whole adrenaline junkie experience. “I went back later with my family to do Power of the Dog and it was very different. It had profoundly shifted for us, not just because of how delightfully challenging that role was, but also because of staying there during the pandemic. They handled it amazingly well. A friend of ours was playing a jazz gig in Auckland and we went to a bar after. I drank from a beer that wasn’t mine and was panicking before realising that there was no Covid there.” Anywhere else?

“Italy I’ve worked in a couple of times and love; Prague, where we filmed a bit of The Courier. I’d love to go back to South Korea. That was an incredible, incredible country. I’d love to see more of Japan too. Touring there for promotion in Tokyo was very high octane. But I’d love to get lost in the countryside and go to Kyoto. I’m big into surfing so I’d love to do that there as well.” 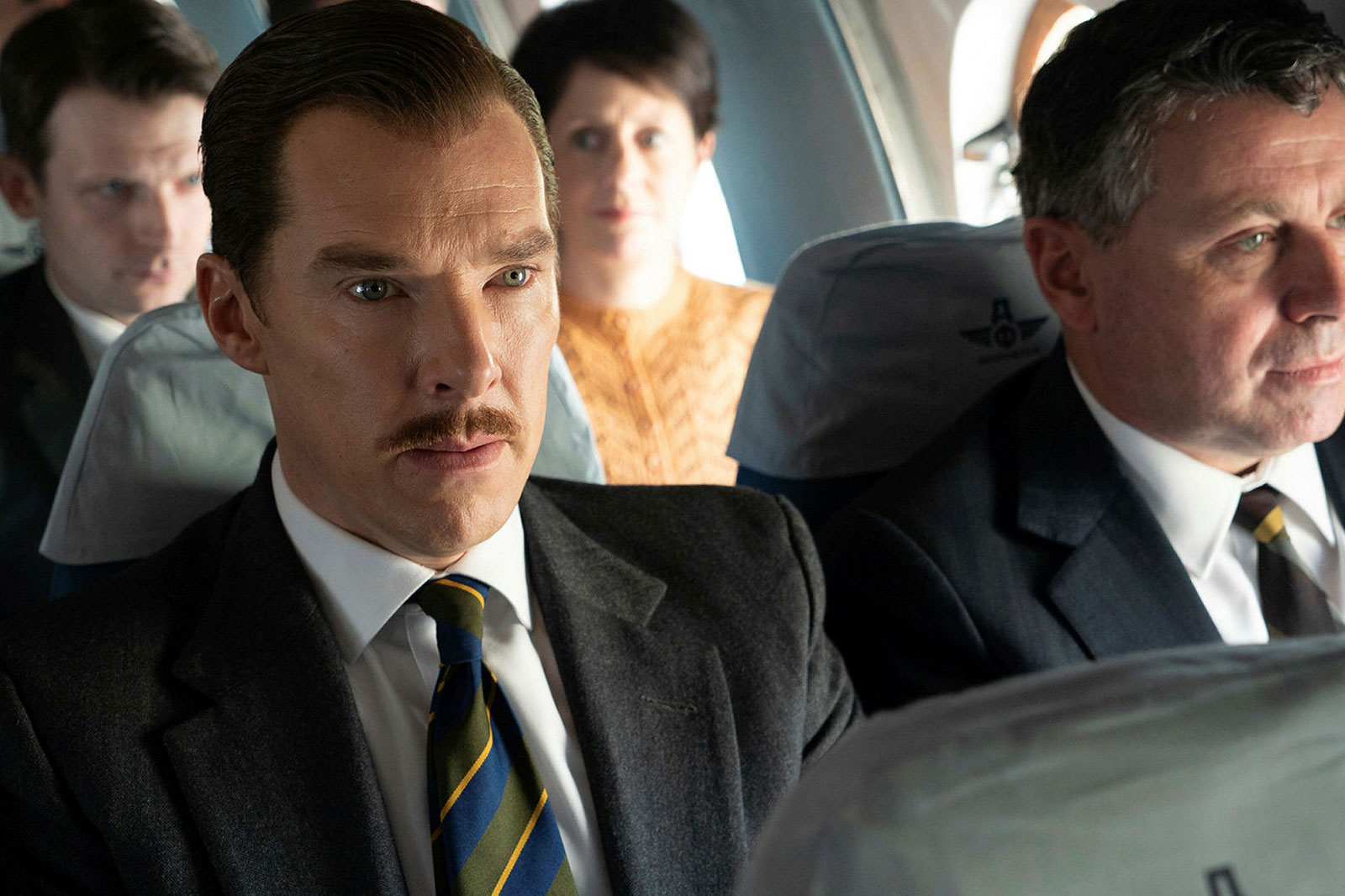 It’s worth mentioning that at about this point, our interview was interrupted by a six-week-old puppy bursting into Cumberbatch’s office that had to be returned to a slightly more fortified area of the house. It didn’t have much bearing on anything, but by god, it was absolutely adorable.

Back to the conversation at hand and things turn once again to the Marvel universe. Given its roster of talent, any discussion of other actors that Cumberbatch would like to work with ends up there eventually, especially since sharing a franchise in no way means sharing the screen. So who is it that he’d like to read with? 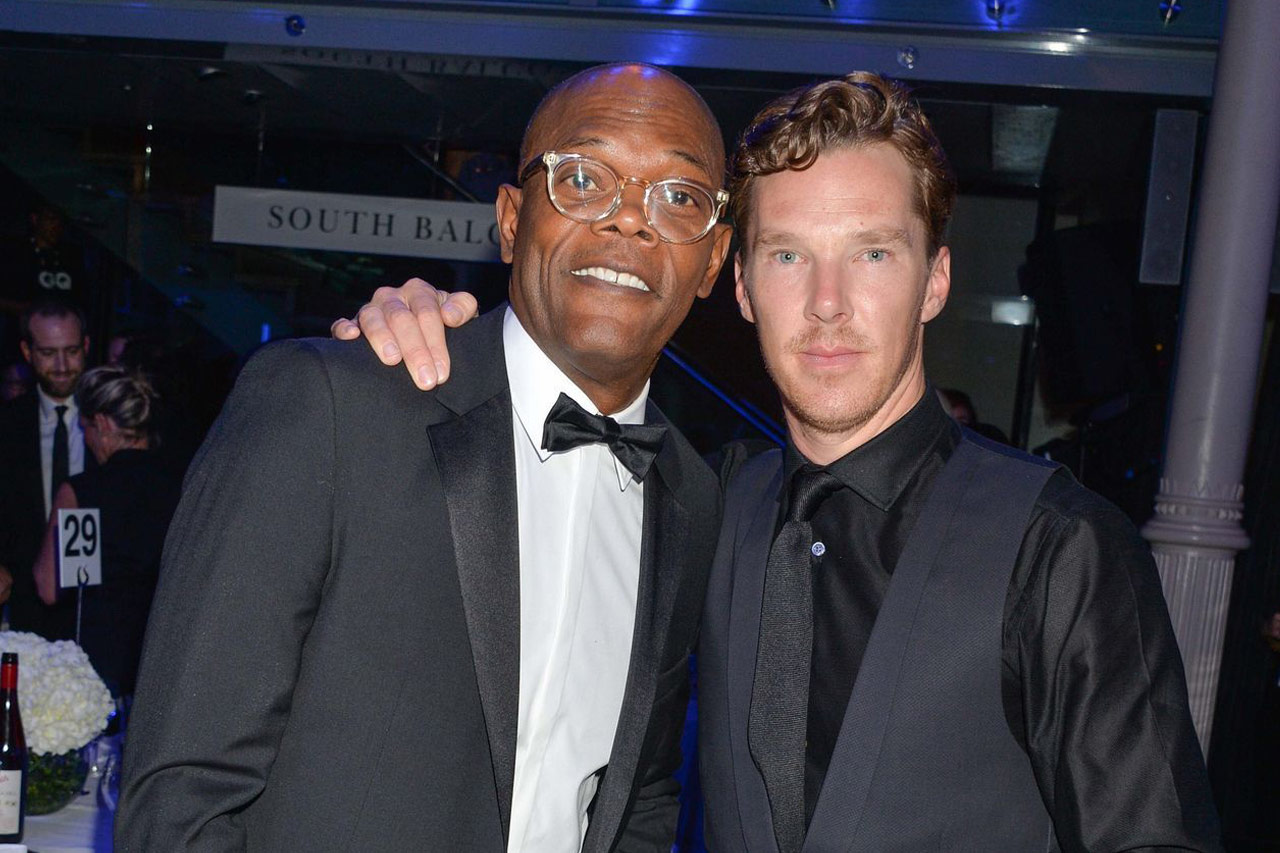 “Samuel L. Jackson,” he says, without a moment’s hesitation. “I’d love to share some screen time with him if he’s still in it. I don’t know any more. I guess it depends what timeline? I sadly didn’t have much screen time with Scarlett Johansson and I’d love more with Chris Hemsworth and Tom Hiddleston. The thing is I came very late to the party when Marvel was just celebrating the first decade with that incredible group shot in Endgame.”

“I was just blown away by the people I was surrounded by, and I hardly got to talk to everyone, let alone act with them. That tracking shot at Stark’s memorial is pretty intense. That was amazingly charged and I think everyone got a bit giddy that day. But I literally went, “Hello, morning, how are you?” to Michael Douglas and Michelle Pfeiffer. It’s just like, what the **** is going on now? How did I get here? This is so bizarre. It was magic.” Coming from the Sorcerer Supreme, that means something.

Doctor Strange in the Multiverse of Madness is available to stream now on Disney+. For more on Jaeger- LeCoultre, visit their website.