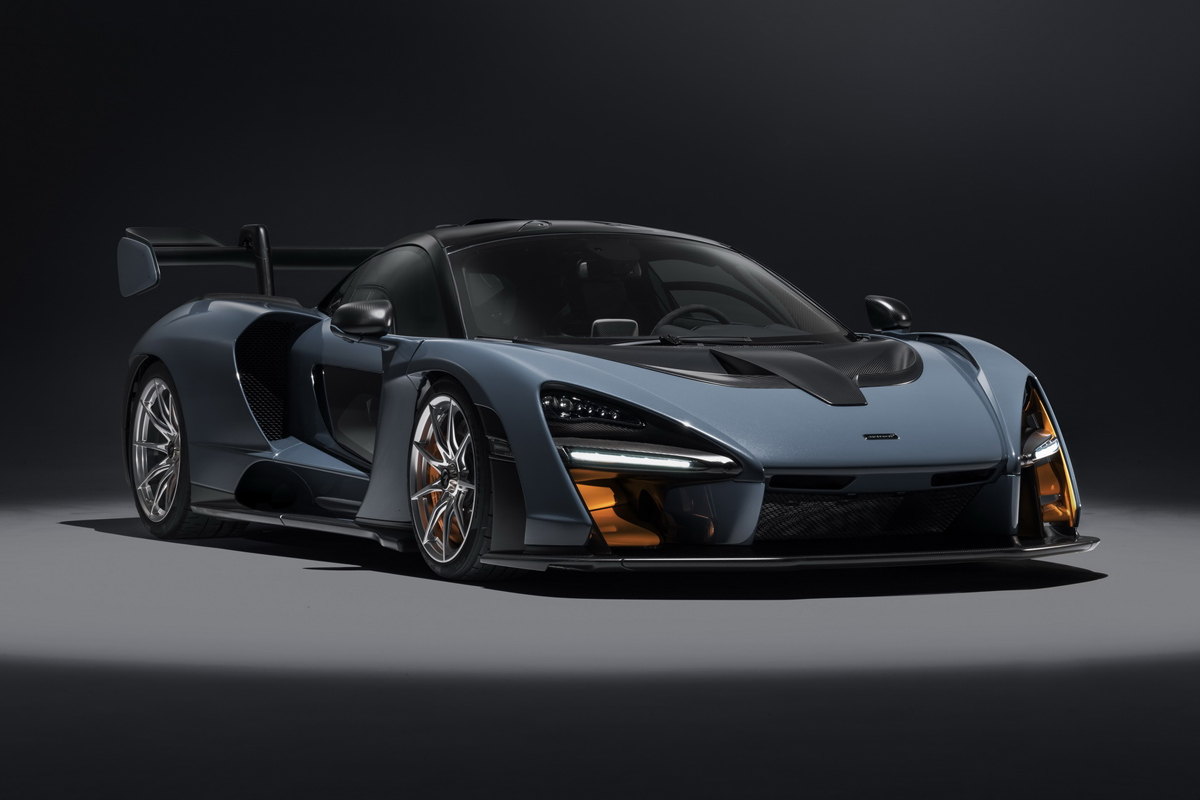 The new McLaren Senna will be limited to 500 examples worldwide. Appalling, right? It’s pretty much mass-market. Every Tom, Dick and Harry with a spare few mill will be able to get one. Well, maybe not quite all of them, but enough.

The same goes for the Bugatti Chiron, the post-child for low-production hypercars. It doesn’t matter how extraordinary a ride it is – Mayfair’s positively lousy with the things. No, we’re going to need to step away from the holy trinity of the Porsche 918 Spyder, the McLaren P1 and La Ferrari; away even from the Aston Martin Valkyrie, to more rarefied grounds.

Low production normally means the maker has pushed the car to its absolute limits. In fact, it’s unfair to really call a lot of the rarest production cars when they’re released in scant handfuls. Just look at the Ferrari FXX and its 800bhp. It would be a public health risk to have any more of them. 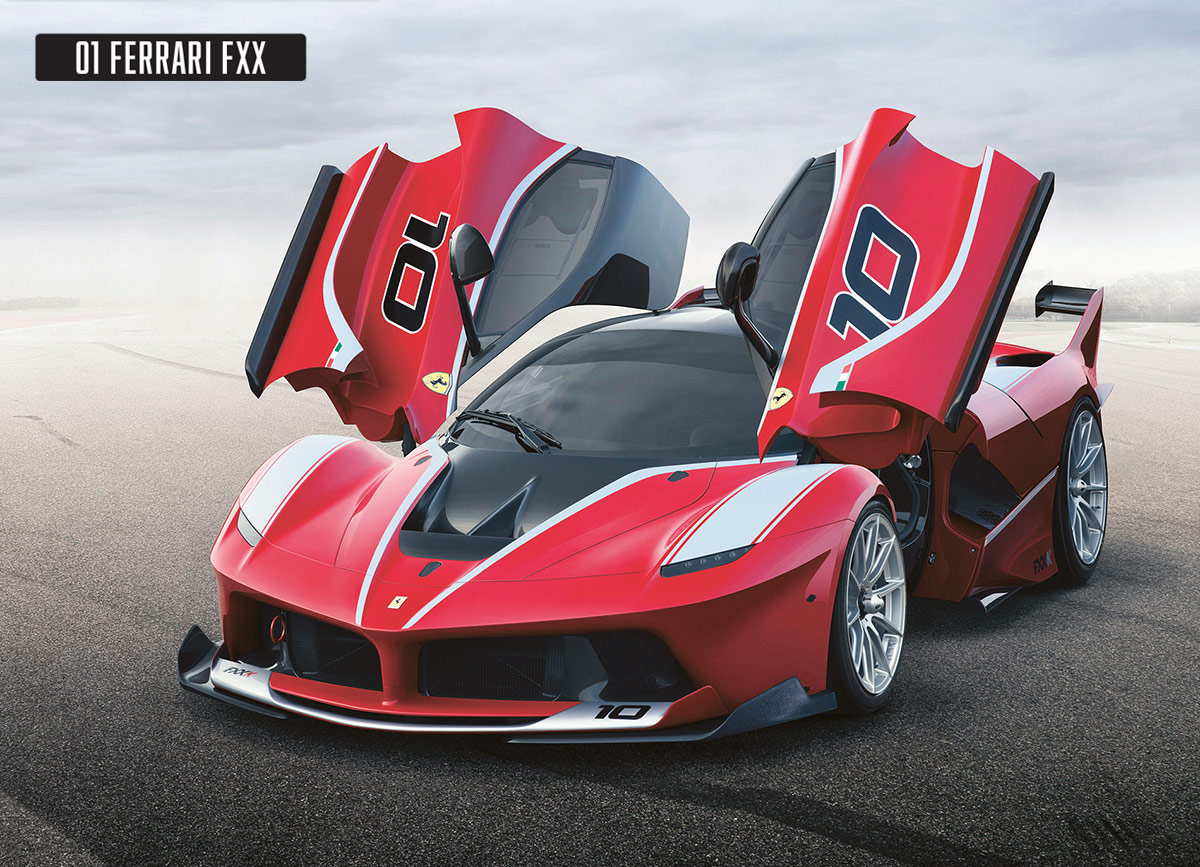 The problem is, you don’t always drive on a track. Flights of insanity like the Lamborghini Sesto Elemento are all well and good, but you don’t get to choose where. Hell, with the FXX you don’t even get to decide when, Ferrari do. With that in mind, we’re going to have to disregard all track-only cars here – if you can’t show up the occasional Lambo, what’s the point? But what if you take one small step back from the track?

Look at the Porsche 911 GT1. It’s not a bad mover, hitting 62mph in under four seconds, plus it looks like it belongs on the track. That’s because it kind of does. Porsche created a track racer first then did the bare minimum needed to make it road-legal, building just over 25 cars that looked and felt too fast for the road.

They’re not the only ones; Maserati’s MC12 did much the same thing, as did the Mercedes CLK-GTR. Both are low-production (55 for the MC12 and 26 for the Merc), high performance beasts and both were created first and foremost to skirt around those motorsport homologation rules – rules that only let cars of which there are at least 25 enter. 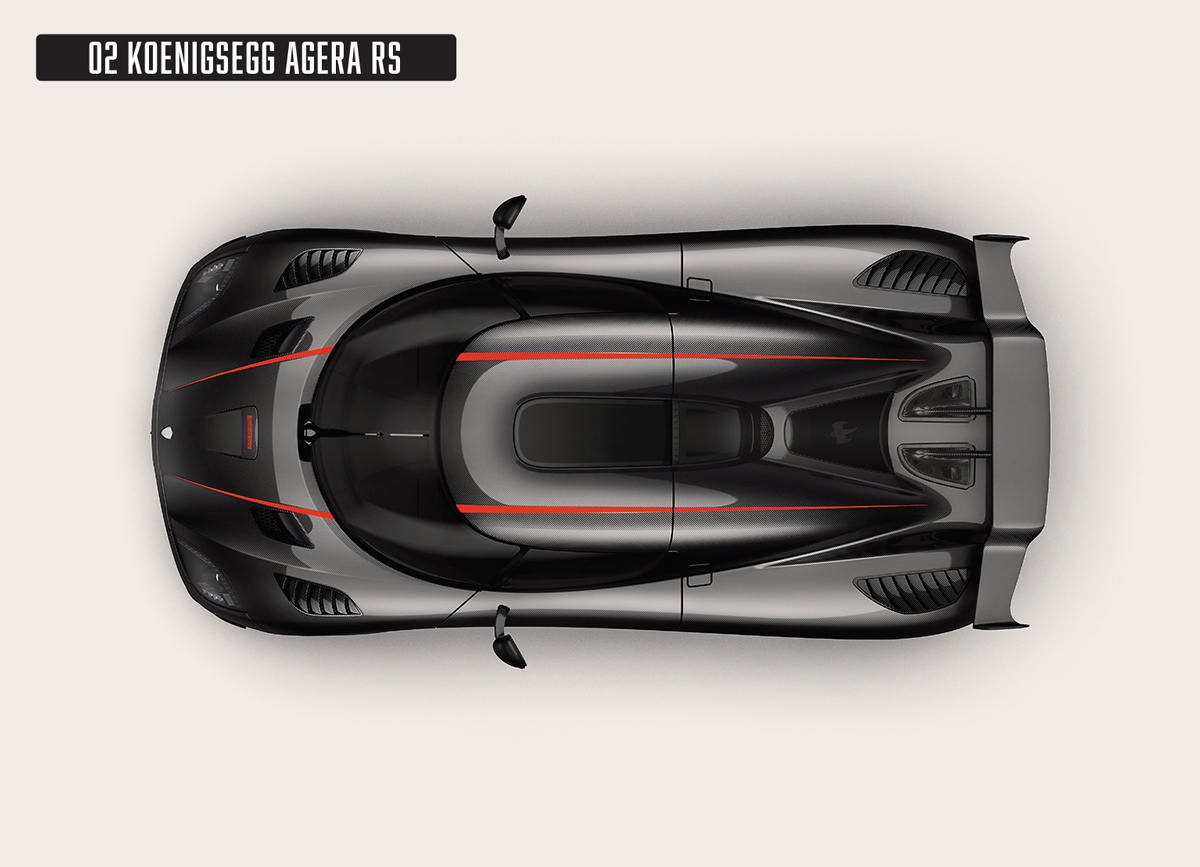 So far so good; but can we take things even further? The Koenigsegg Agera RS is limited to 25 cars built to be road-legal – just about. Here it’s not limited to fulfil a legal requirement, but because they can only make so many. It is, after all, the fastest car in the world, hitting 277.9mph on a public road. That’s over a third of the speed of sound.

It’s one hell of a record. It’s also a record that might not stand long, at least if Hennessey has anything to say about it. Not the cognac; never drink and drive. No, the American answer to Bugatti that made a splash back in 2014 with the Venom GT.

This year they’re back with the 1600bhp V8 Venom F5. Yep, one-thousand six-hundred break horsepower. They’re claiming it’ll be the first car to break the 300mph limit – and we’re not about to doubt it. It’s less a case of it being limited to 24; it’s more wondering how they managed even that many. 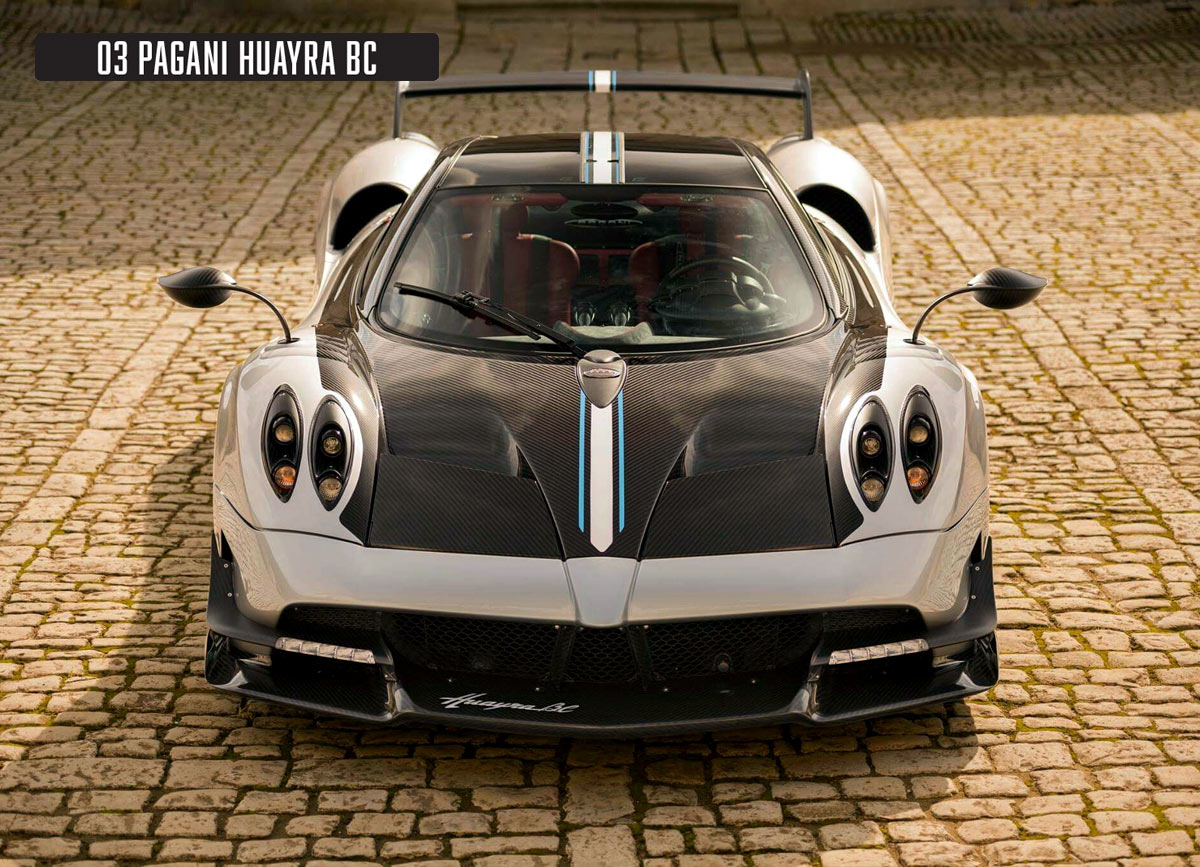 Even more limited – though perhaps not as headline-grabbing – is Pagani. The Huayra BC isn’t just a limited version of the standard model, as that would be a cop-out. No, while it shares a name every piece has actually been built from scratch.

Performance-wise it’s yet to be fully-tested, but you can imagine the kind of power we’re talking about. Around 800bhp is just the start, with a new exhaust and lighter, aluminium parts all but guaranteed to make it a record contender. Whether it matches Koenigsegg or not, it’ll be one to watch out for, even if the 20 cars rolling around seem almost mythical in rarity. Even so, they’ll be common in comparison to the final contenders. 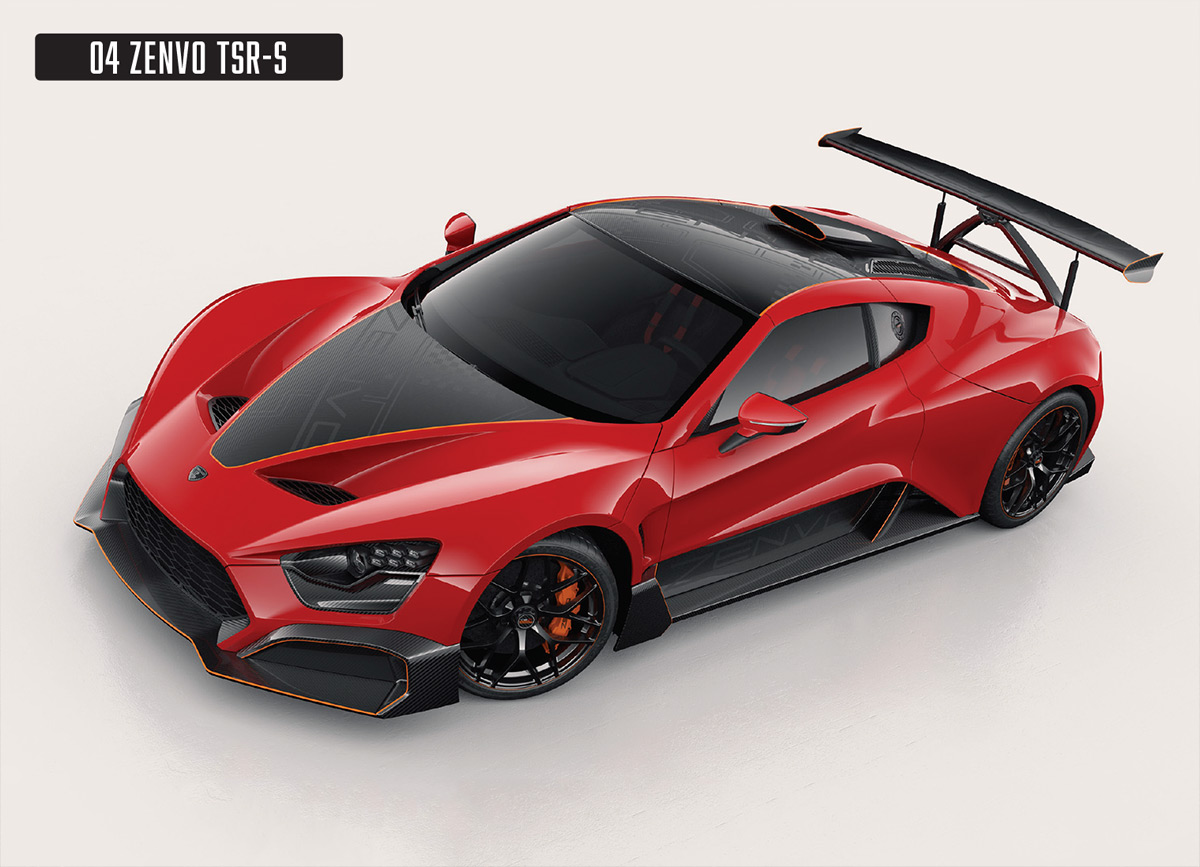 You probably know what to expect from an Arab hypercar with ‘hyper’ in the name – and the Lykan Hypersport delivers. It’s like Dubai’s W Motors have interbred an Aventador with the Batman tumbler and pumped in steroids instead of oil. In performance it’s… well, far from one of the best we’ve covered, but it’s definitely one of the rarest with a limited run of just seven. Oh, and you can get a matching Franck Muller watch, of course. 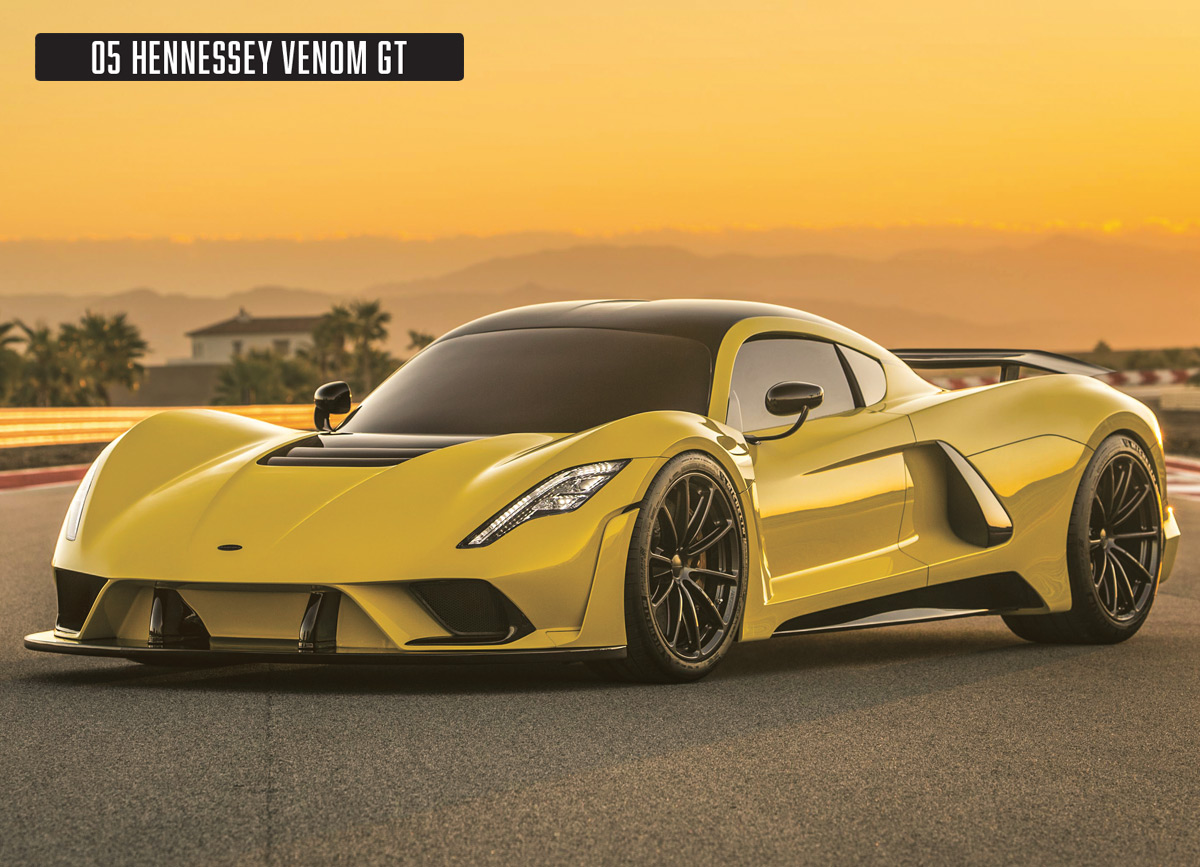 Finally, we have Zenvo. The mad scientist in charge must be having fun. So what if he’s not allowed near nuclear material? He gets to create the 1,177bhp TSR-S. It might not be able to match the Venom in pure power, and its top speed is limited to 202, but it’s still one hell of a car with a 2.8 second, 0-62mph sprint. What’s more, each car is built from scratch to the driver’s specs – so much so that they can only produce five a year. We’ll take two.

Grand Seiko are one of the best in the business when it comes to creating exciting dials with...

Germany is a country renowned for its precision engineering and uncompromising exactitude...

A cushion-cased follow up to the Stanhope II, the Farer Mansfield amps up the elegance and the...