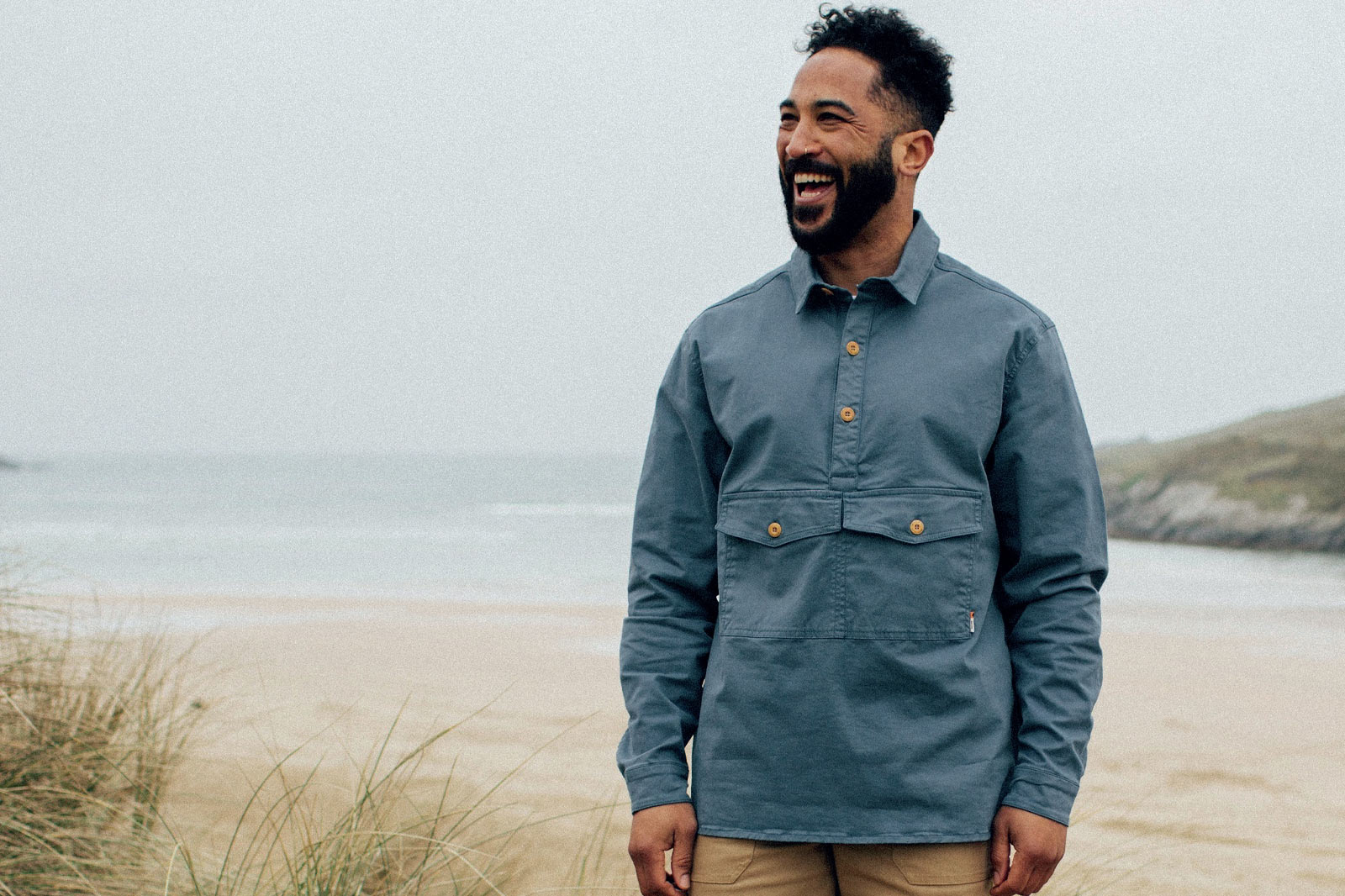 Sometimes it feels like the future is something to be dreaded, not joyfully anticipated. After four years of Trump, Brexit, an unprecedented global pandemic and death of a senior royal, my immediate reaction to the chime of the BBC News app is, ‘Oh god, what’s happened now?’ – the mere prospect of reading a news story is enough to elicit anxiety even before I click the notification to do so.

While I grew up excited about the possibilities technology could have to benefit humanity (I was obsessed with outer space and my favourite TV show was Thunderbirds – still is, to be honest), today the narrative surrounding the future of our planet is that it’s something we’re running out of time to save.

The problems we face with climate change especially seem so great and so out of our control as individuals, that it can leave you feeling totally helpless. As a menswear writer, I am made acutely aware of this on an almost daily basis. It’s a well-known fact that the fashion industry is one of the most polluting on the planet, a triple-pronged environmental attack involving the creation of clothes, their distribution and our insatiable consumption. 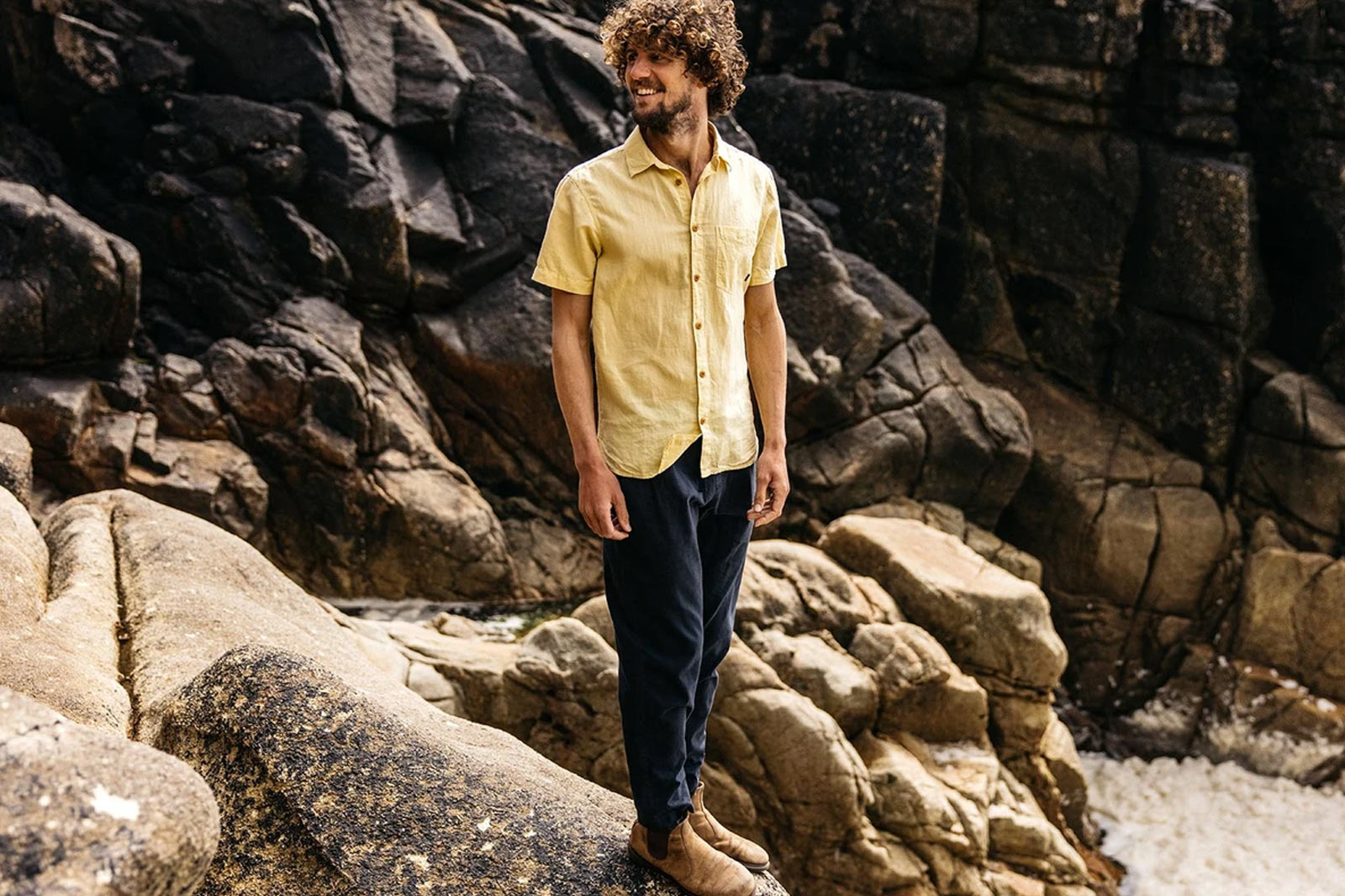 Add into that a hellscape of marketing misinformation and greenwashing from big brands trying to cover their tracks (or should that be carbon footprints?) and, rather ironically for an aesthetically-minded industry, it’s not a pretty picture. However, I remain an optimist. There are very definitely things we can all do as we build our future wardrobes that will have a real, positive impact on the industry and the planet moving forward – and the first thing is to reassess our personal relationships with what we wear.

“Historically, people’s wardrobes were much smaller. People bought less, wore it longer, and took better care of their clothing,” says Professor Andrew Groves, professor of fashion design at the University of Westminster. “This created an emotional attachment to them as objects, and items of clothing were likely to be passed down through the family as a result.”

Of course, we all know what happened next. Starting in the middle of the last century with the rise of mass market, high volume brands, this went into maximum overdrive in the mid-2000s when fast fashion brands with gargantuan stock levels and global reach started offering consumers a weekly churn of cheap goods. 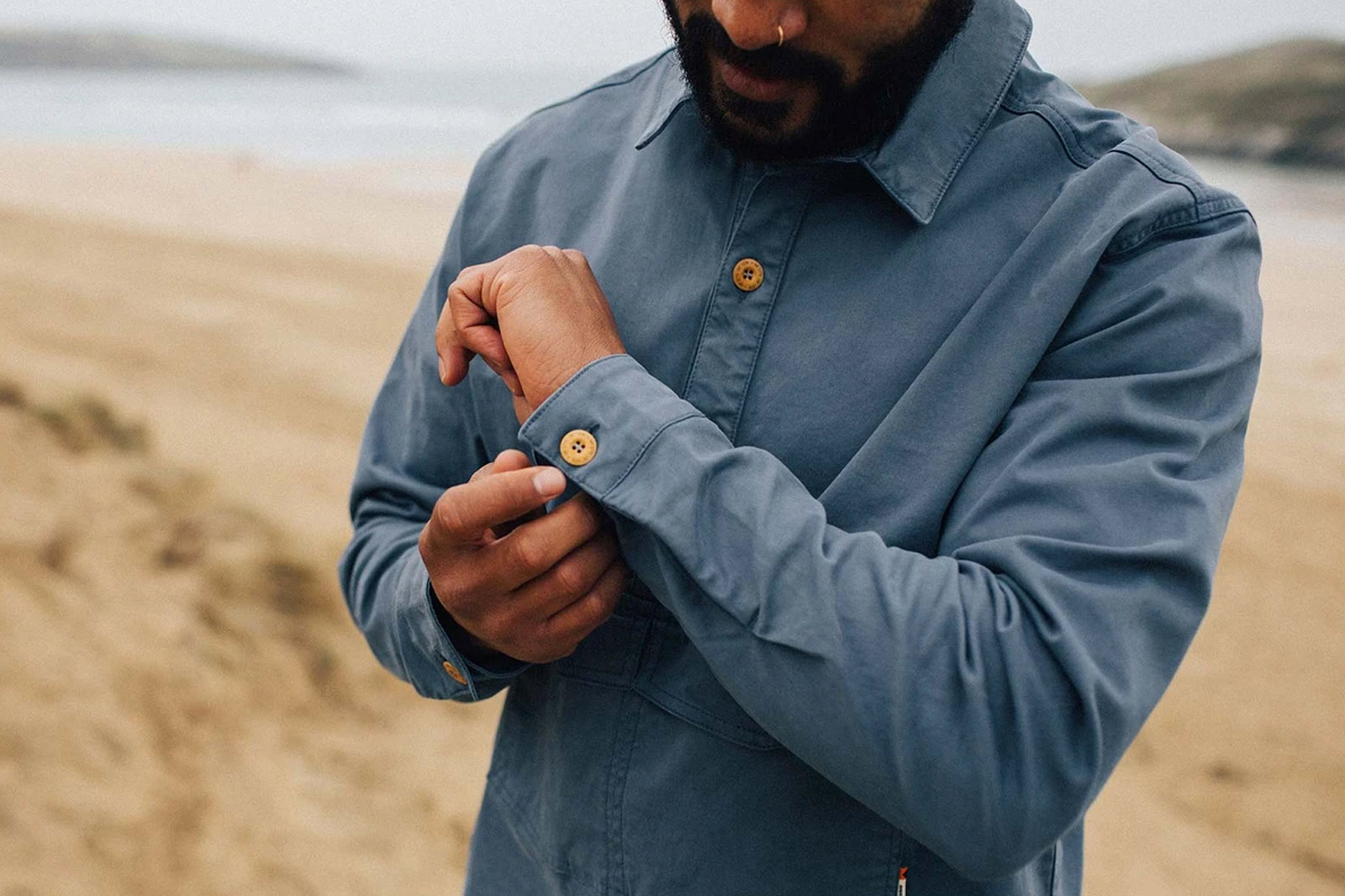 “Over the last 50 years, there has been a shift toward impulse purchasing of fashion rather than a more planned approach to consumption,” continues Groves. “This is due to an increase in readily-available credit to consumers and a real-term decrease in the product’s price on the shop floor. People thought more about the item they wanted to buy and whether it was worth it if they had to save for a few weeks before purchasing. It didn’t matter once clothing prices were low enough that you didn’t have to worry about those questions.”

These are the uncomfortable questions that we need to ask of retailers once again. And while the internet has a lot to answer for when it comes to the current dominance of fast fashion brands in the shopping landscape, one of the positives is that it’s given us access to hard truths and facts that previous generations did not have.

Having access to all this information about the negative impact of the fashion industry might make you feel helpless to change the situation, but we need to see it as liberating – and use it to hold those who we purchase from to account. “If you’re just waking up to this, it can be pretty scary,” says Debbie Luffman, product director at British label Finisterre. “While I can see this is an anxious time for the consumer, the more we, as a company, can share real stories and honest facts, it’s really going to help the consumer.”

Finisterre was founded in 2003 in a flat above a surf shop in Devon, and has been crafting sustainably-minded sleek-yet-rugged adventure gear from its inception. Its latest line, Kernowaii, is a prime example of this. Splashed with a bold print that showcases local foliage from Cornwall in the style of a surfready Hawaiian shirt, these pieces are made from recycled nylons and organic cottons, and digitally printed for minimal water and energy use. 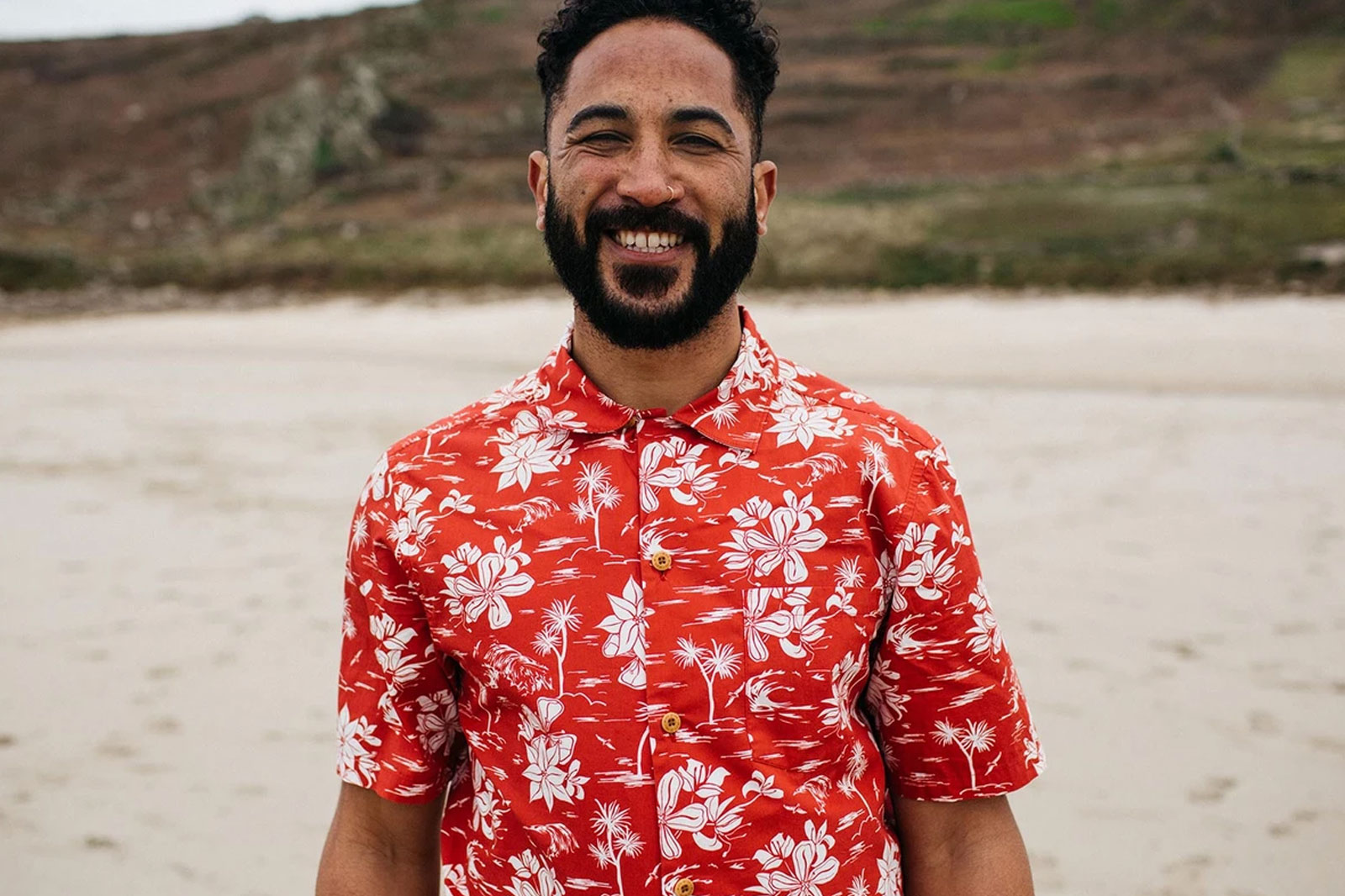 “We’re a brand that’s always been inspired by the ocean – it’s our source of inspiration and our playground,” says Luffman. This key aspect of the brand has made the team conscious of the impact it has on the natural environment from the get-go. Today, Luffman cites their biggest sustainability challenges as reducing their carbon footprint (“our oceans take the real brunt of CO2 emissions”) and reducing the prevalence of micro fibres.

“These are a huge issue and one that’s widely misreported as micro plastics, but all textiles are bad for the sea,” Luffman continues. “We’ve started to develop biodegradable synthetics that break down naturally in a marine environment. For us, ocean health needs to be built into our product.” And while it’s a goal that they’re still yet to fully realise, Luffman remains positive that this will actually happen soon due to the current pace of change within the industry.

“The innovation in the field of sustainability in the last decade, even in the last two years, is staggering. I’m incredibly positive for that reason. Within the supply chain, particularly from the real innovators at factories and mills, the speed of innovation is staggering – from fabrications to transport and distribution. It does need to happen faster so that urgency has to be there, but it’s always picking up pace.” 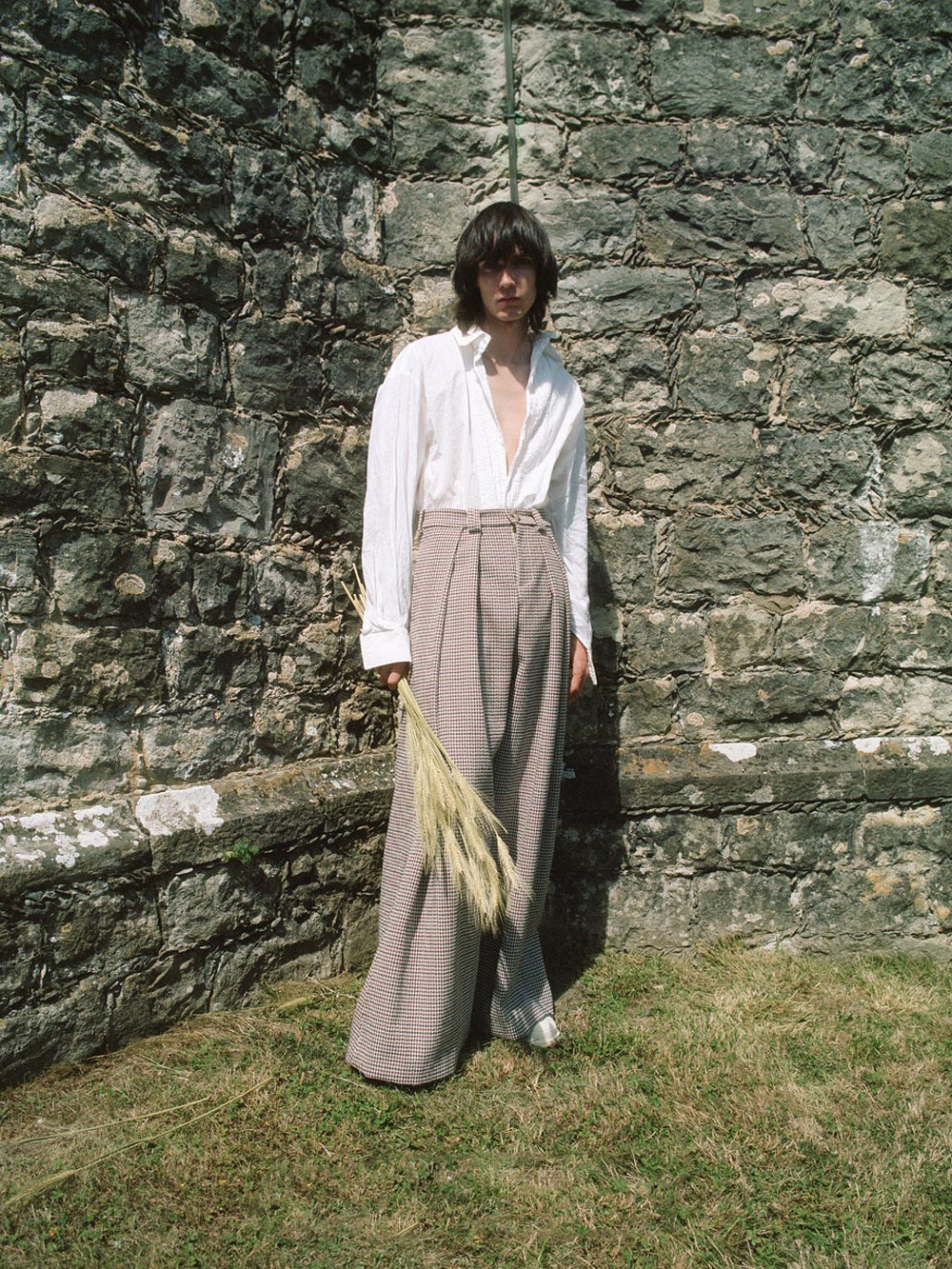 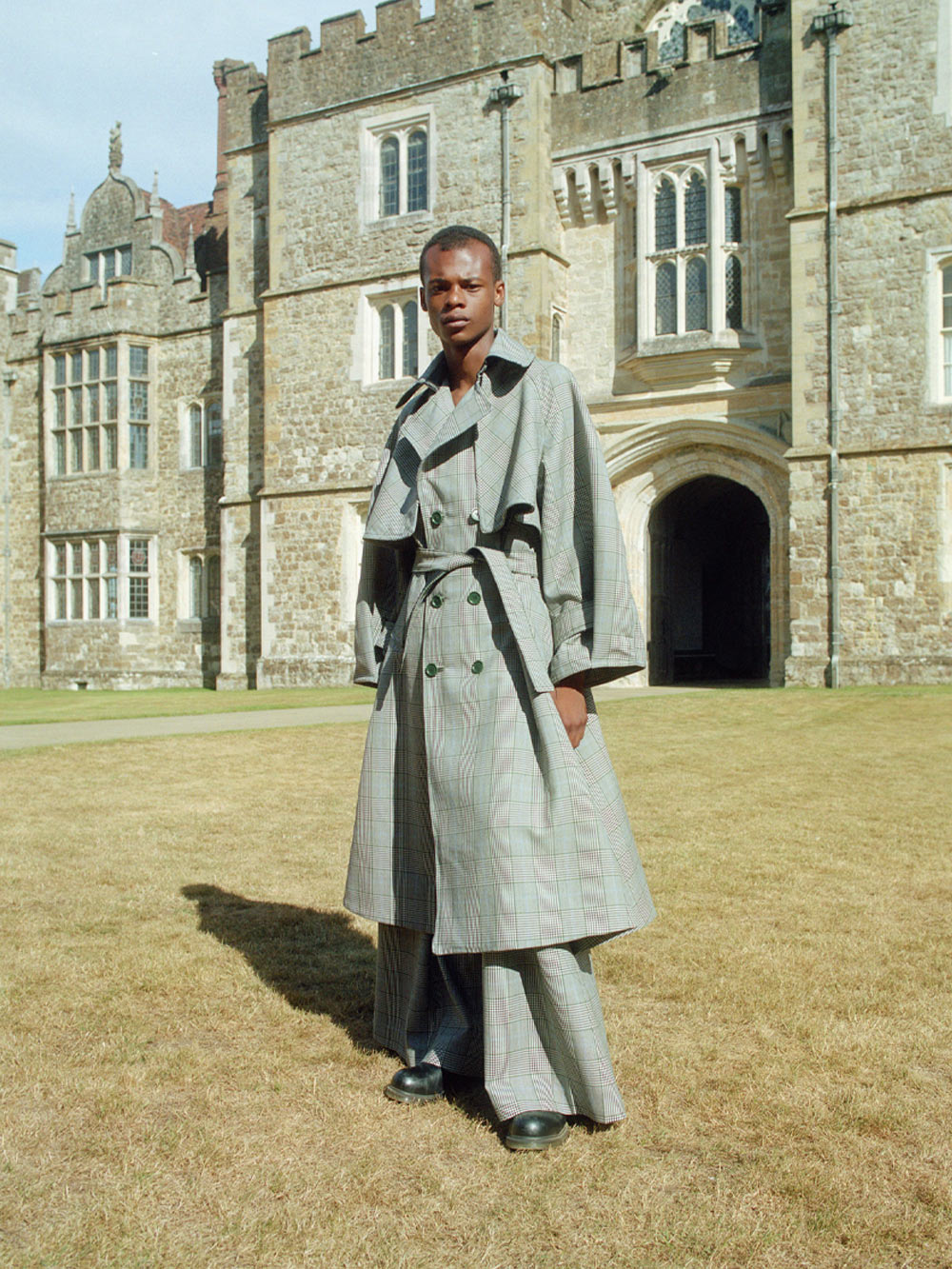 The pace of change is also being affected by a younger generation of designers filtering through for whom sustainability isn’t just a buzzword, it’s an essential part of the business plan for their brand. “Steven Stokey-Daley, a new menswear designer, is doing many things right. He’s considering sourcing his fabrics, selling direct to consumer, and avoiding overreach and seasonal collections,” says Professor Groves.

“Almost all young designers want to create better, more sustainable products. The problem, I believe, is a lack of consumer knowledge about materials, their origins, and their environmental impact. If this was legislated to be much clearer, consumers would make better decisions, which would then feedback into the design process.” 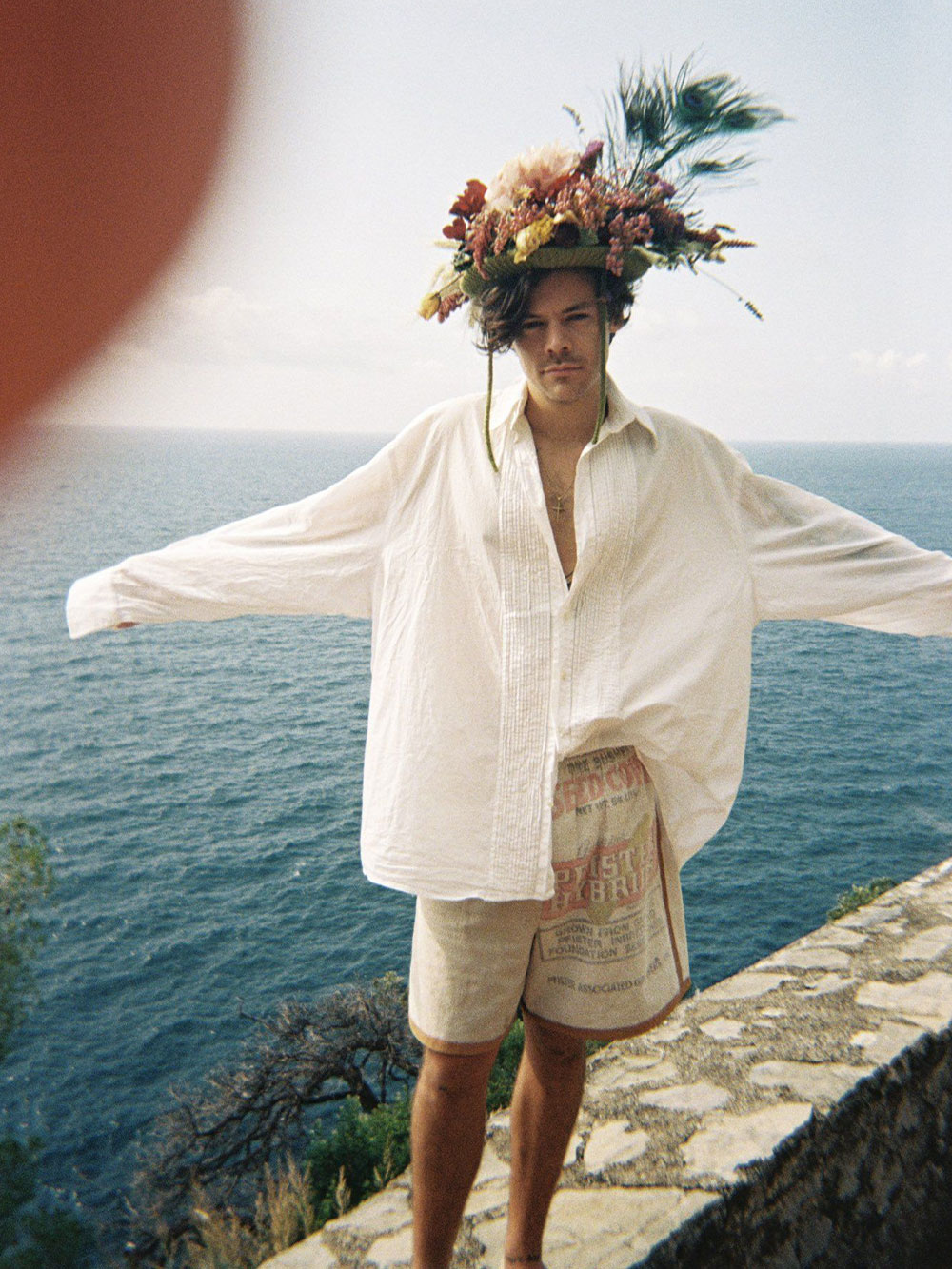 To that end, Groves believes that garment-makers should legally have to display more information about what goes into their creation. Much like food labelling, he thinks that all clothing should have a traffic-light system on both labels and websites so that consumers can clearly understand how sustainable their choices are. Once again, there’s hope that more information can help liberate consumers to make better choices.

However, in the meantime, we need to do the leg work. So if you’re looking for new pieces this summer, think about the kind of future you’re planning to have with that item, take a look at the label’s sustainability page and, if in doubt, ask the brand some of those uncomfortable questions. Knowledge is power – and that’s the real way you can change things for the better for all of us. The future starts in your wardrobe right now. Find out our latest recommendations from sunglasses to fairweather footwear The ideal summer shirt with a futurist edge. Futureproof your style with these environmentally friendly clothes