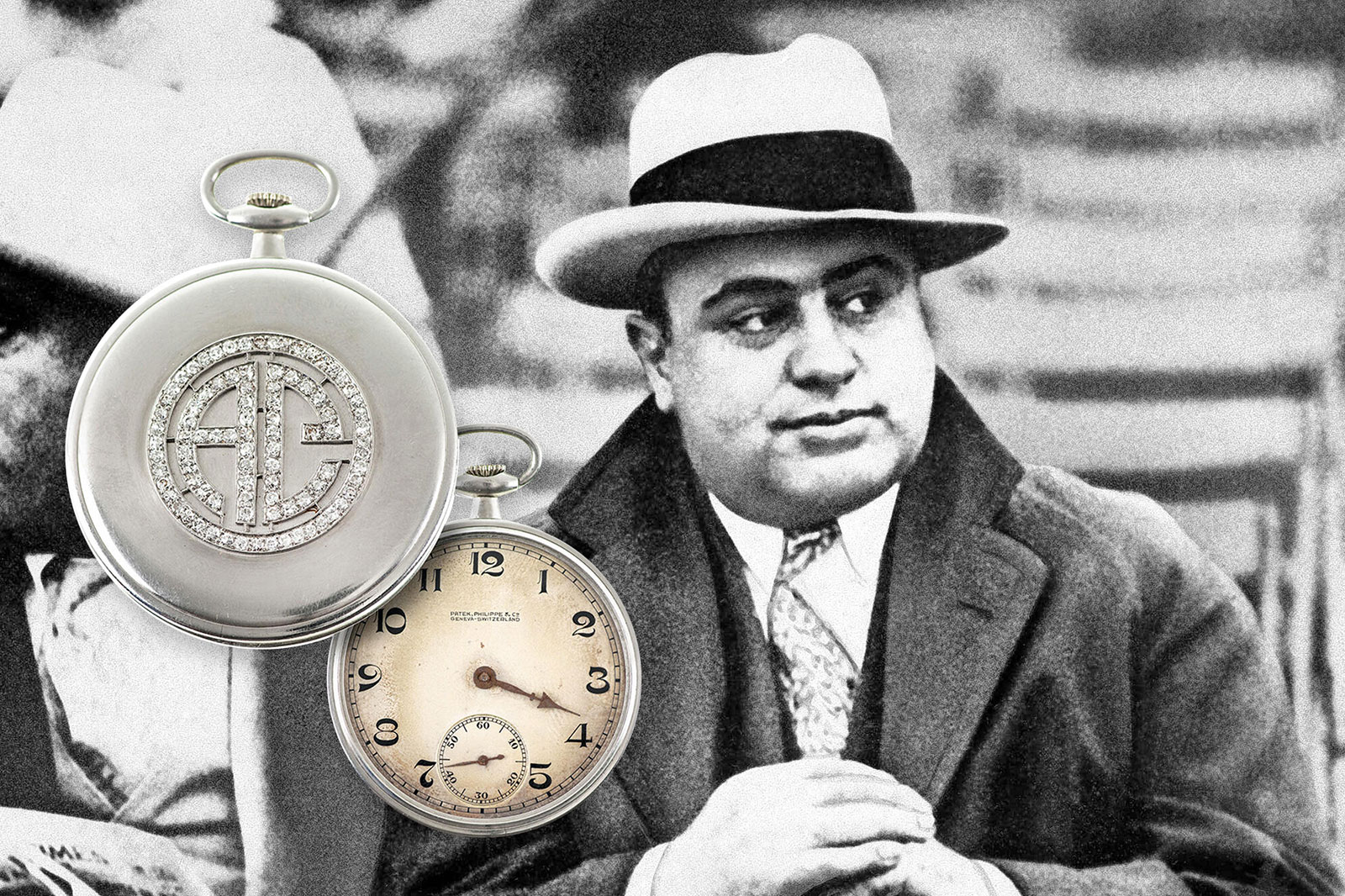 You should always keep your eyes on watch auctions because every now and then something a bit special comes along. Last week Witherell’s held an auction of legendary mobster Al Capone’s estate, featuring 175 lots including his jewellery, guns and a number of watches. The most exciting watch that went under the hammer was Al Capone’s platinum Patek Philippe Pocket Watch.

The watch has a platinum case with 90 single cut diamonds forming the letters AC, Al Capone’s initials. Prior to the sale, the pocket watch had an estimated price of $25,000 – $50,000 because, without beating around the bush, it’s doesn’t work. 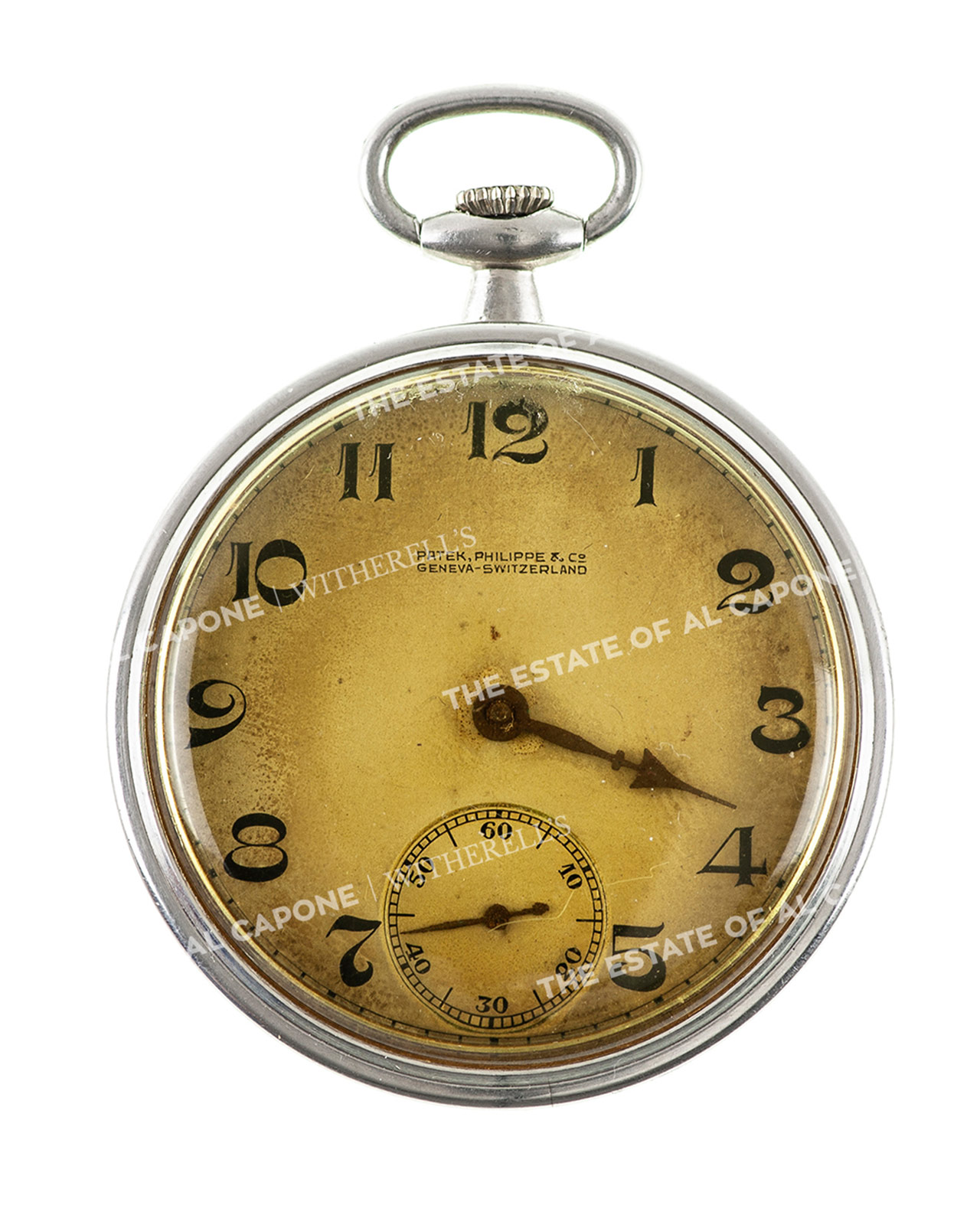 Its movement is broken, the dial is in poor condition and it’s missing the minute hand. However, despite all that it reached a staggering $229,900 (approx. £168,500), showing that providence really is king when it comes to vintage timepieces. 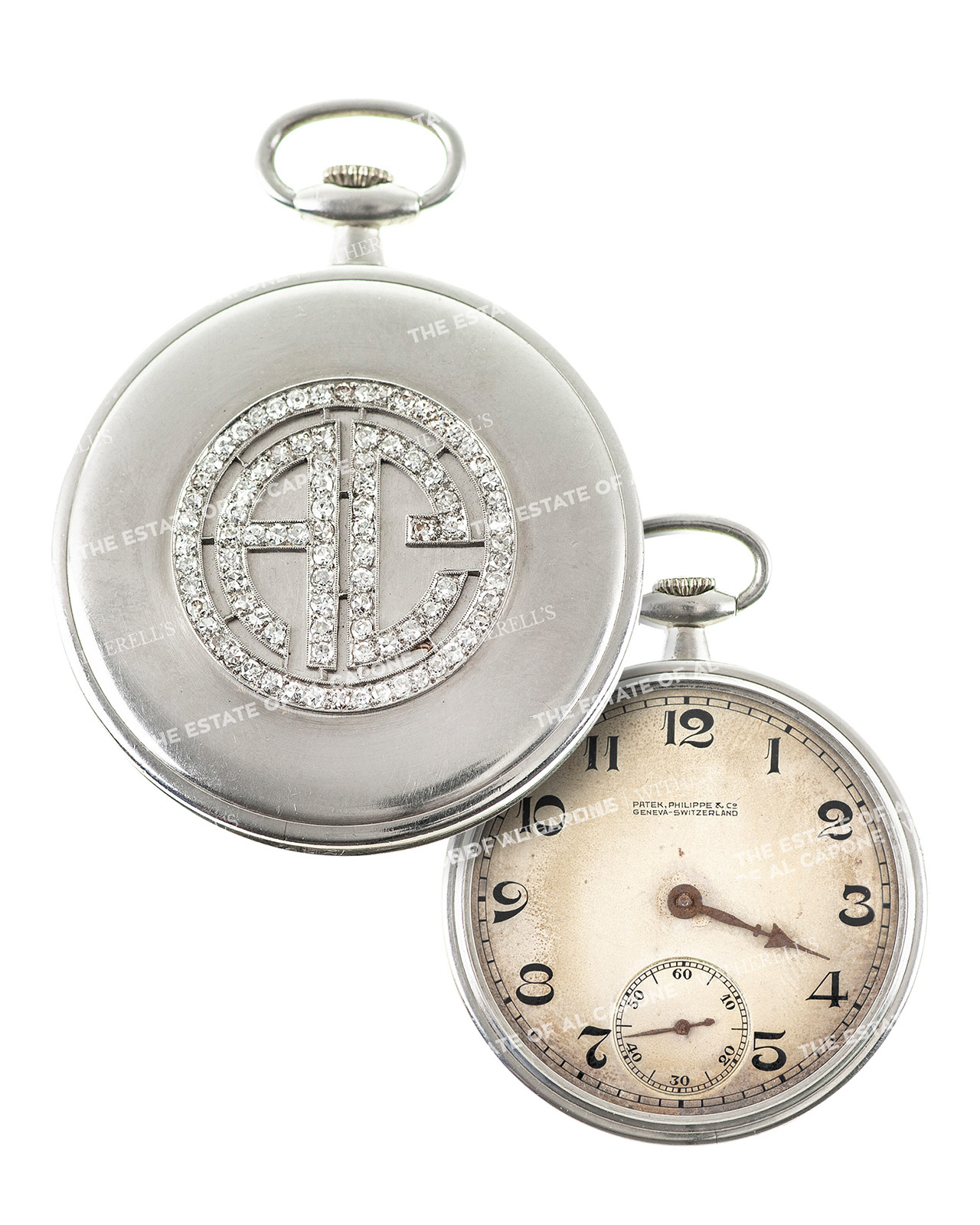 If you want to check out upcoming rare and significant watch auctions, keep your eye on Geneva. Over the coming months the major auction houses such as Phillips, Christie’s and Antiquorum will descend on the city for their watch auctions. There might even be timepieces on the level of Al Capone’s pocket watch on sale. On a similar note, the Only Watch auction is scheduled to take place at the beginning of next month as well.

Also check out our article comparing two of the wealthiest criminals of all time (Pablo Escobar and Joaquin “El Chapo” Guzman) if you found this interesting.