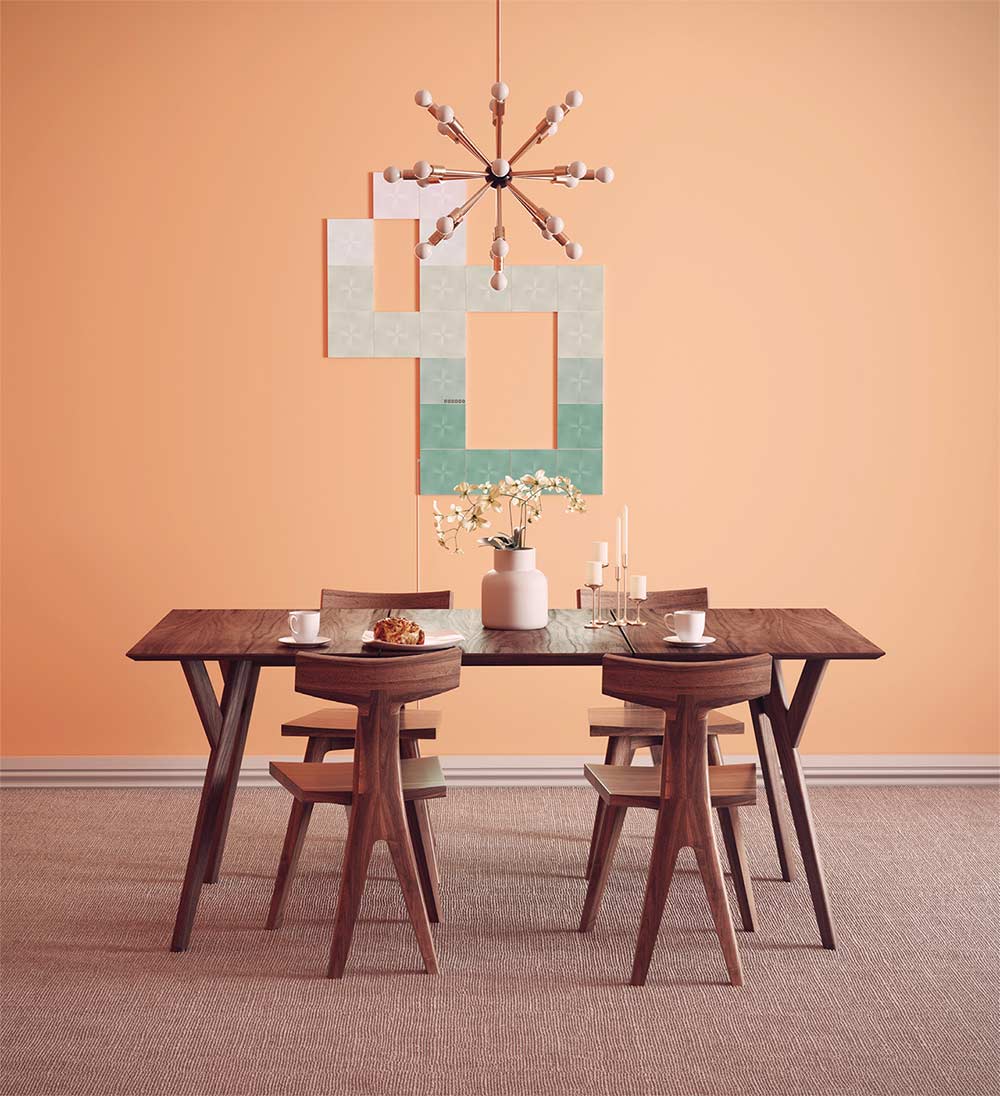 Ever looked at the wall of your games room and thought: “This needs a giant Space Invader on the wall.” No? Well either way, Nanoleaf’s incredible Light Canvas demands your attention. The separate pixel blocks are configurable to any blocky design you can imagine, in as many colours, creating light art in your own home. Think of it as neon Lego and let your inner kid run riot. 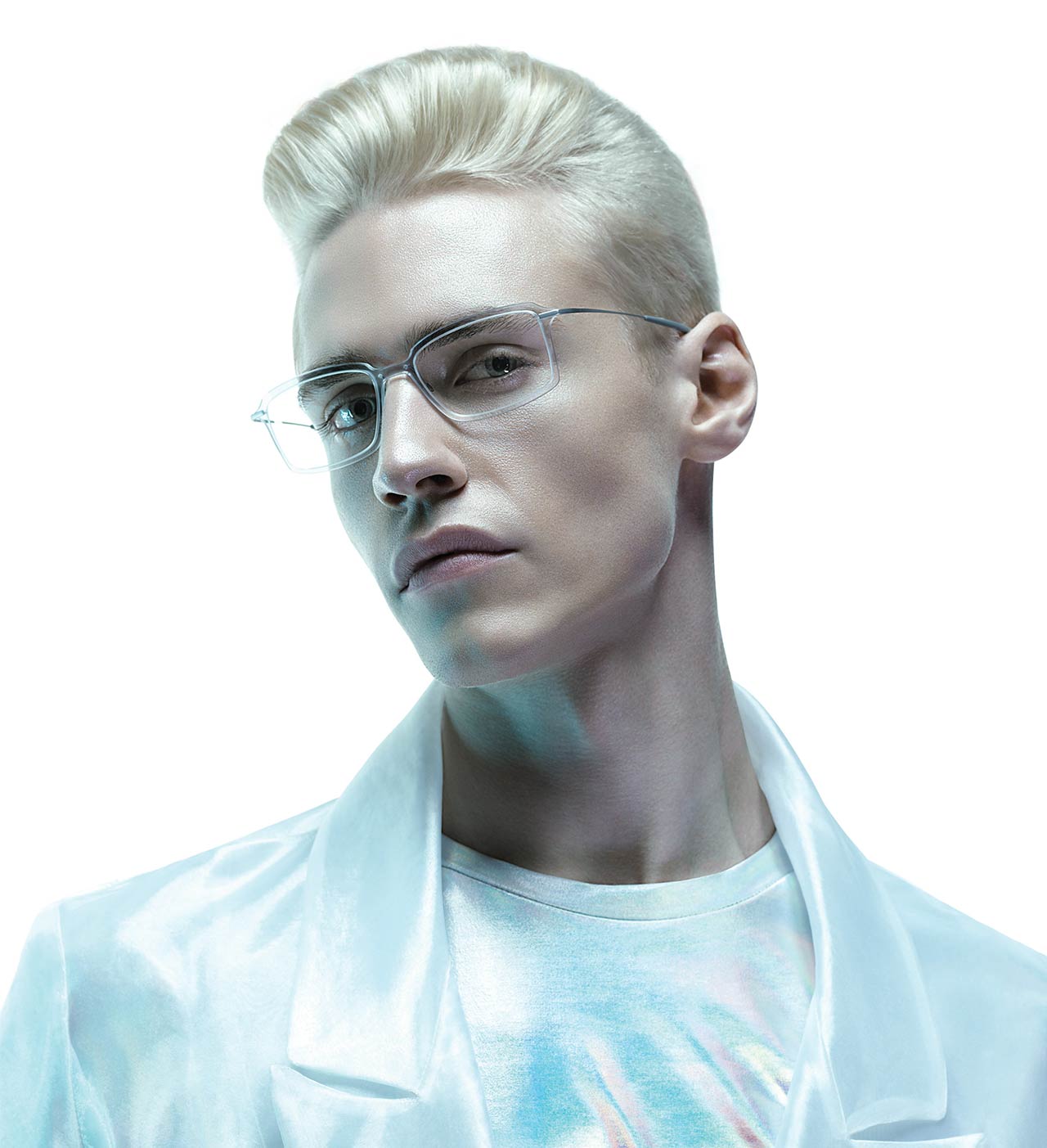 It’s a worrying thought that astronauts need glasses too, but if they have to wear frames at least they’re as cutting-edge as Silhouette’s Titan Minimal Art model: no hinges or screws to get into the instruments and ultralight construction. As the frames turn 20, Silhouette is launching a painfully cool limited-edition collection in oversized geometric shapes and iridescent colours. 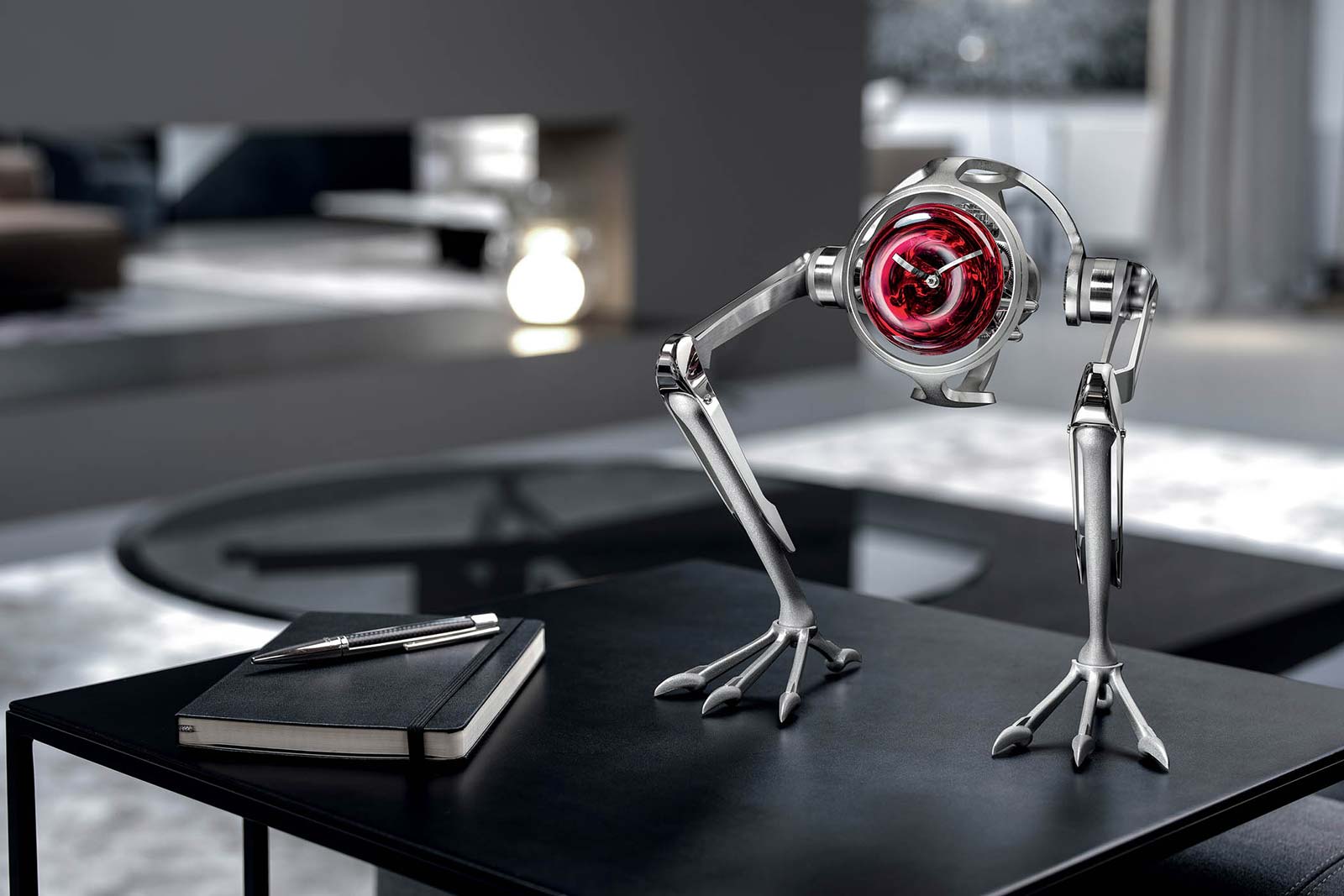 After its piece for Only Watch 2019 was revealed it was only a matter of time before MB&F created a production version of its bipedal, cyclopean robo-clock, the T-Rex. This version is lacking the perched figure of Tom that crowns the unique piece but it still has the Morano glass eye magnifying the time. This particular L’Epee 1839 construction is off-kilter even by MB&F’s starship-building, robot-loving standards.

Lexus’ LC Coupe is already a very pretty car and with 457bhp and a 4.7 second sprint it’s as nippy as it looks. This new LC 500 limited-edition version has the exact same performance as the standard model, but in a shiny new Terrane Khaki paint job, two-tone alloy wheels and a contrasting leather interior in saddle tan and black amber leather. In short, it’s a ready-made collectible and we want it. At time of writing prices have yet to be announced, though it’s available to order from Lexus showrooms.

Find out more at lexus.co.uk 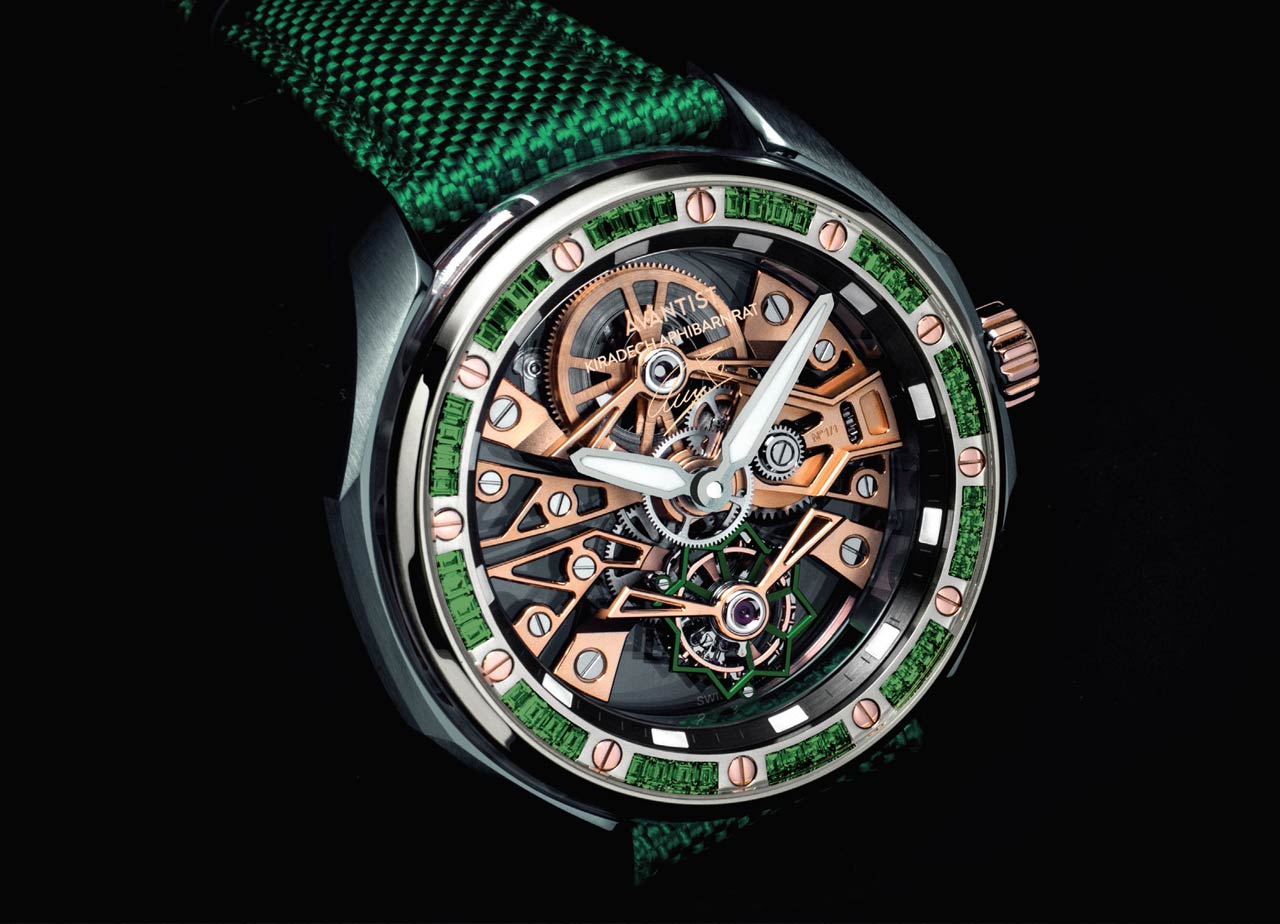 If you follow golf Kiradech Aphibarnrat needs no introduction. For the uninitiated however he is the first Thai golfer to join the PGA Tour, an avid watch collector and now the latest ambassador for the ever-niche watchmaker Avantist. To celebrate, they pair have collaborated on this, the Arm Edition Sapphire Tourbillon watch – and it’s an impressive piece of work. As the name suggests, the entire case is sapphire, but the tourbillon is also mounted on the transparent material so it seems to float. Finished with an sapphire-set bezel, it’s even more impressive than a green jacket. The Avantist Arm Edition is limited to nine pieces worldwide and is priced at £135,000.

Find out more at avantist.ch 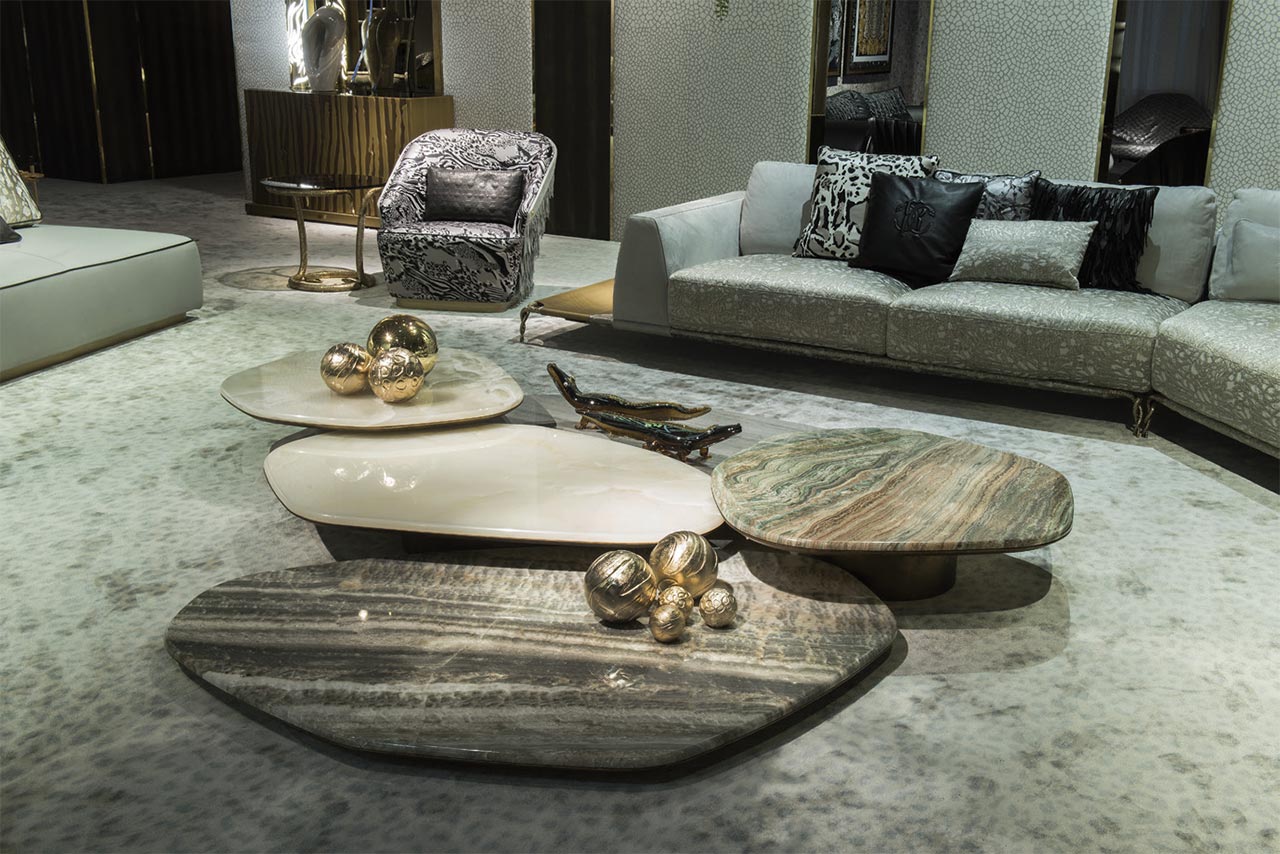 Looking to bring the outside in? Roberto Cavalli Home Interiors has you covered with this fantastic statement coffee table. Made from different slabs of marble and onyx, the organic shapes and tactile textures create an unmissable visual aspect that you can tailor to the space.

From £4,200 incl VAT per table, available at robertocavalli.com 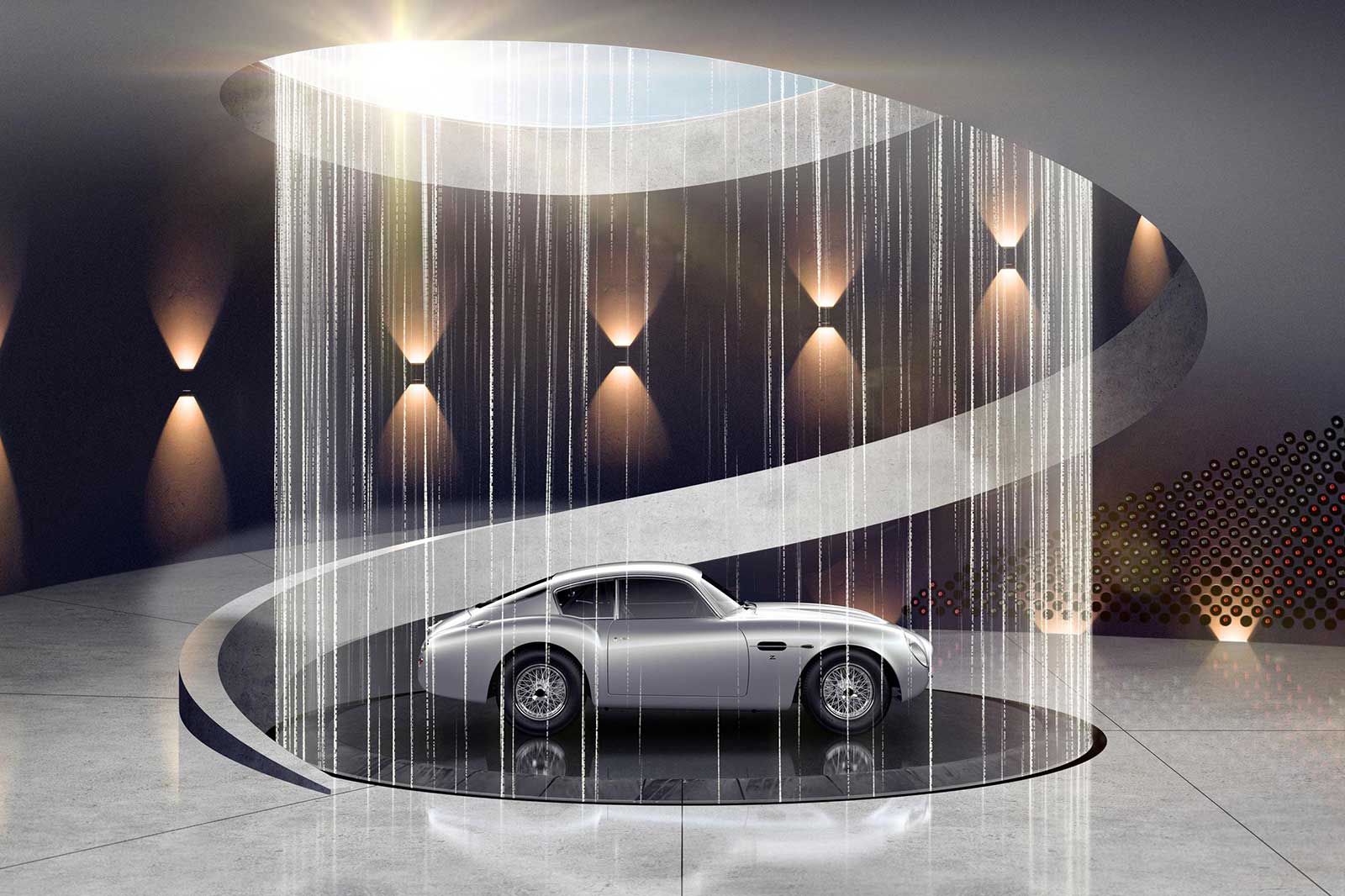 After trying its hand at boats and autonomous aircraft, Aston Martin is taking a more grounded approach with its new architectural service. Dubbed Aston Martin Automotive Galleries and Lairs – really leaning into the Bond vibe there – the concept is to build a space around your car, be that a wine cellar, gallery or anything else that strikes you. As you can see from the teased design ideas, it’s essentially pimp my garage with a little more secret agent flair.

Pricing is currently unavailable but if you’re serious about collaborating with Aston Martin’s lairs team, you can contact them directly at ampartnerships@astonmartin.com. 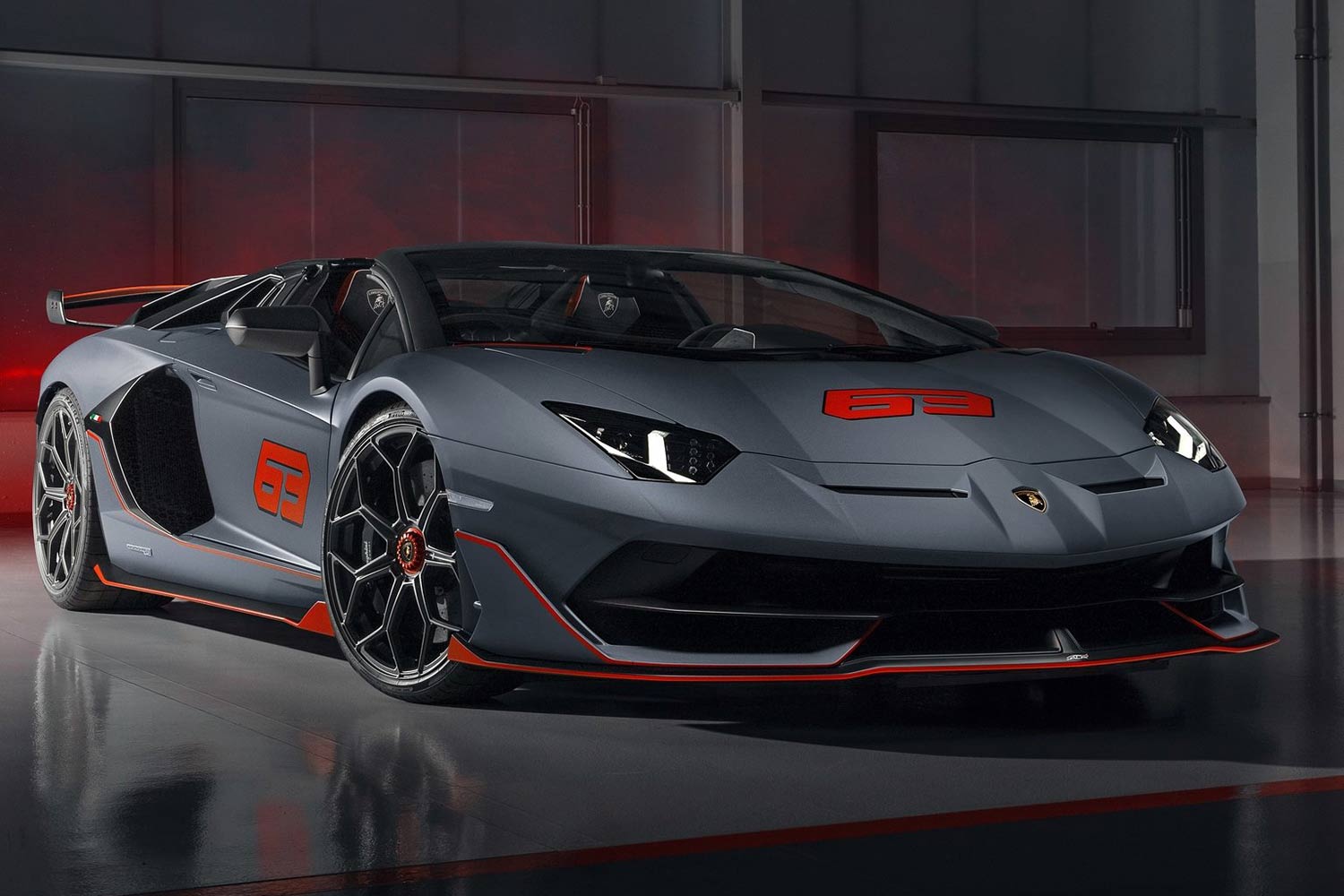 There’s limited then there’s this. To celebrate Lamborghini’s founding year at last month’s Monterey car show, the Italian marque launched the most exclusive Aventador to date: the insane SVJ ’63 Roadster. With 0-62mph in 2.9 seconds and a top speed of 217mph it’s an utter beast but, with just 63 of them available – a reference to the marque’s founding year – it’ll be an incredibly rare one. Complete with red ’63 decals against the titanium grey paintwork, this is one Lamborghini you won’t want a custom finish on.

Find out more at lamborghini.com 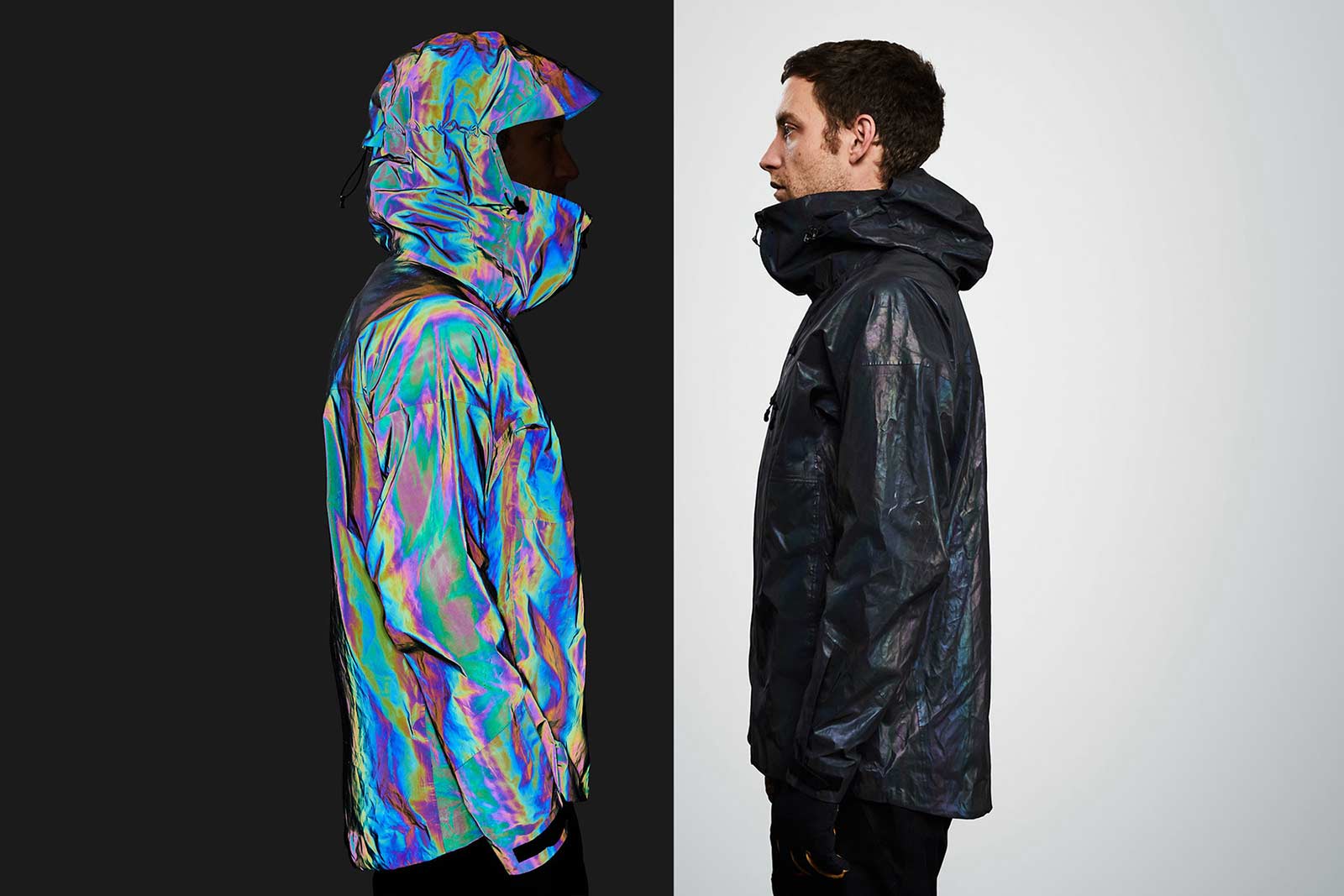 Taking to the slopes in the dark? Ditch your usual high-vis gear in favour of this cutting-edge, sea creature-inspired jacket from experimental clothing brand Vollebak. To mimic the shifting, colour changing properties of a squid, the label has embedded two billion black glass spheres into the jacket. In dull light it comes off as an odd metallic black; in direct light the whole thing lights up like an LSD-fuelled rave, constantly changing as you or the light move. It also happens to be a warm, waterproof, slope-ready jacket, too. 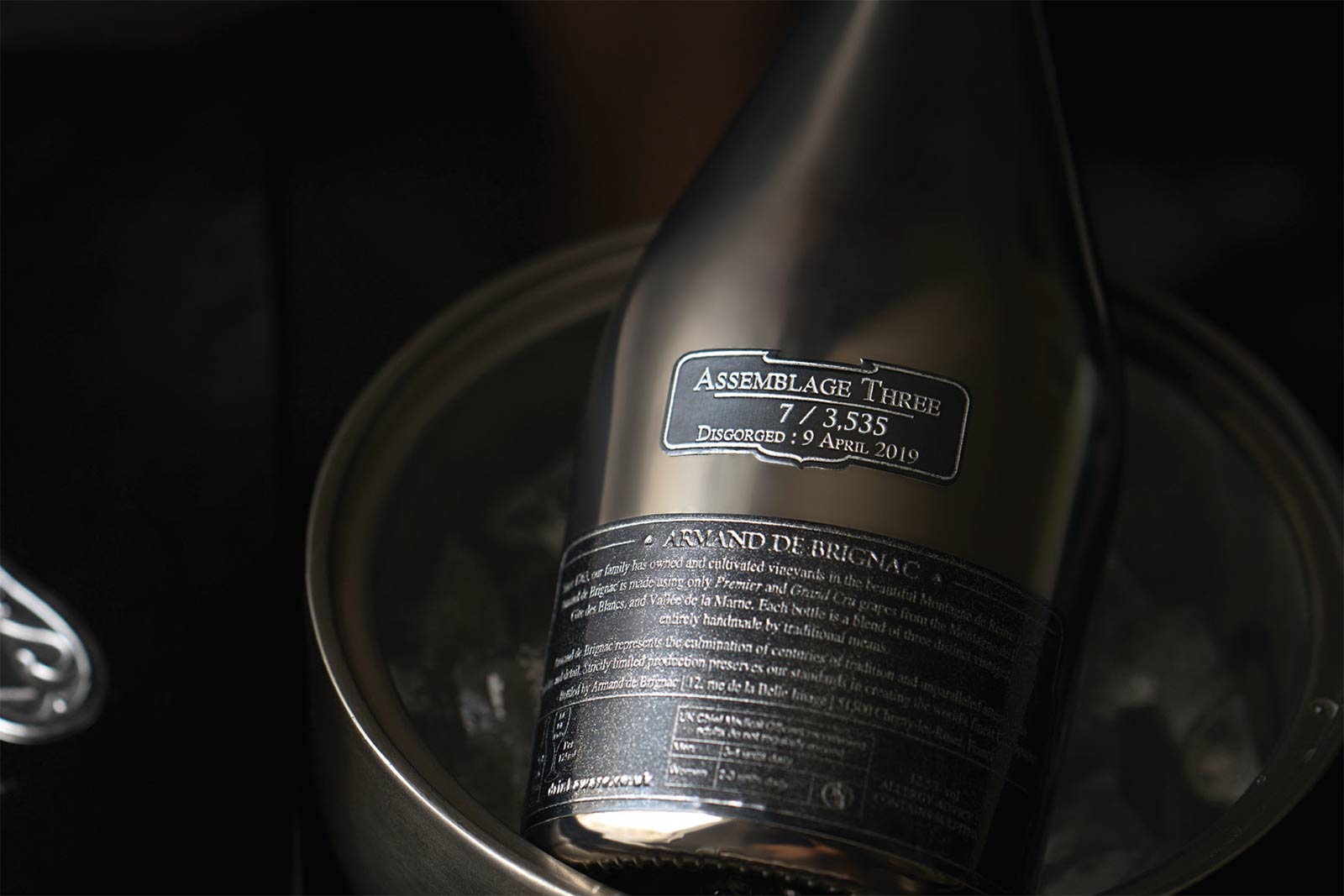 Any bottle of Armand de Brignac is a luxury statement but the latest is a statement in taste as well. Containing a trio of vintages from 2009, 2010 and 2012, the wine has been resting for six years to accrue the perfect flavour profile. As with most blanc de noirs, the Champagne is entirely pinot noir and, with each of the 3,535 bottles individually numbered, it’s one of the moment’s most collectible ultra-prestige cuvées. As for what it tastes like…

Tasting Notes: On the nose: intense, rich and complex with notes of apricot, blackberry, butter and gingerbread. On the palate: succulent and lively, with summer berries, stone fruits and pastry with a hint of creamy vanilla The Armand de Brignac Blanc de Noirs Assemblage Three is limited to 3,535 bottles and is available from Harrods for £1,095 per bottle; harrods.com 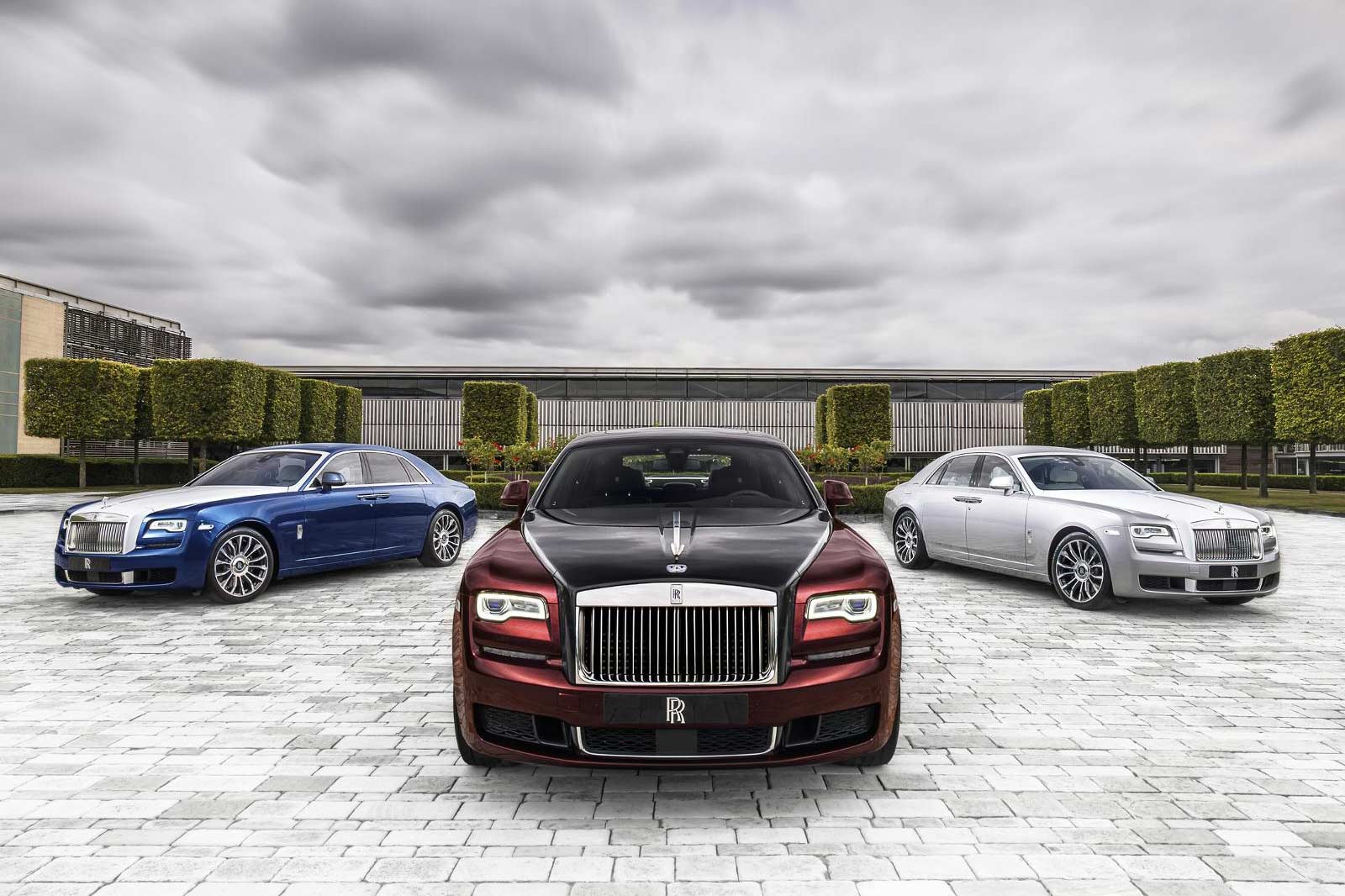 It’s been almost ten years since Rolls-Royce revealed the first Ghost and, to commemorate, the British marque is going back to the drawing board in a sense with its latest Zenith Collector’s Edition. The 50 cars will take cues from the original 200EX concept car shown at the Geneva Motor Show back in 2009, the precursor of the modern Ghost. More than that, they’ll take an ingot of metal from the prototype’s Spirit of Ecstasy and set it into the centre of each console. Looking for a collector’s item dripping in iconic luxury? Look no further.

Find out more at rolls-royce.com Aficionado: The Coolest Things in the World Right Now (July 2019) 5 Luxury Toys to Spoil the Kids at Christmas