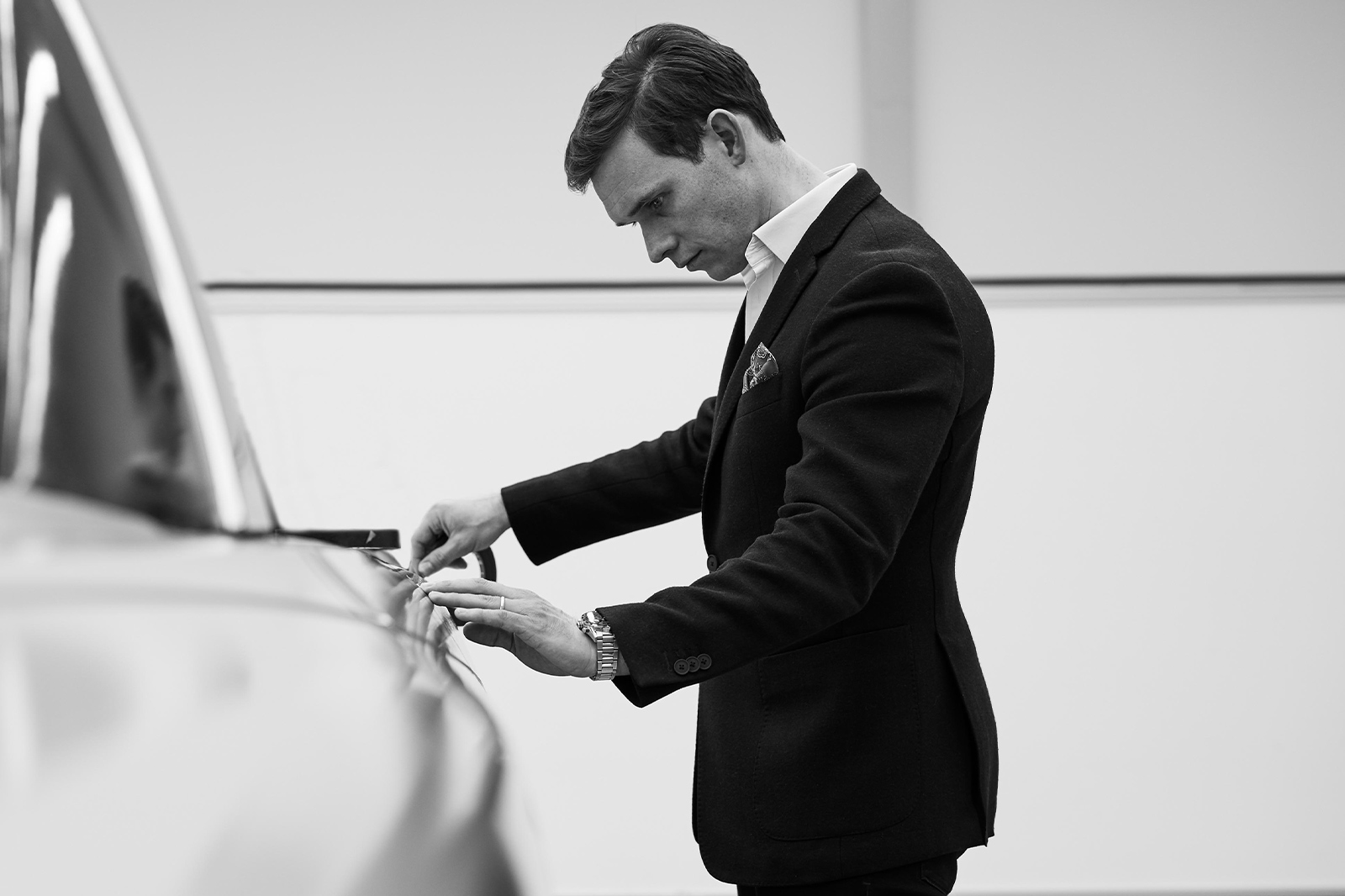 Alex Innes is in a pretty enviable position. Working with a marque as prestigious as Rolls-Royce is a dream job for any automotive designer. For Alex, it was also his first job. Not only that, but starting as a designer and being promoted to lead, he’s now head of Coachbuilding – the single most exclusive expression of what Rolls-Royce stands for.

And it couldn’t come at a better time either. Rolls-Royce have been modernising over the past few years, moving away from their slightly stuffy past and amping up the cutting-edge luxury. Alex’s work in the custom field is a huge part of that.

“Obviously, there are typical hallmarks that make a Rolls-Royce a Rolls-Royce,” explains Alex. “This is exactly our job as designers, understanding and defining what a Rolls-Royce is in the modern age. It is an ever-continuing pursuit.” 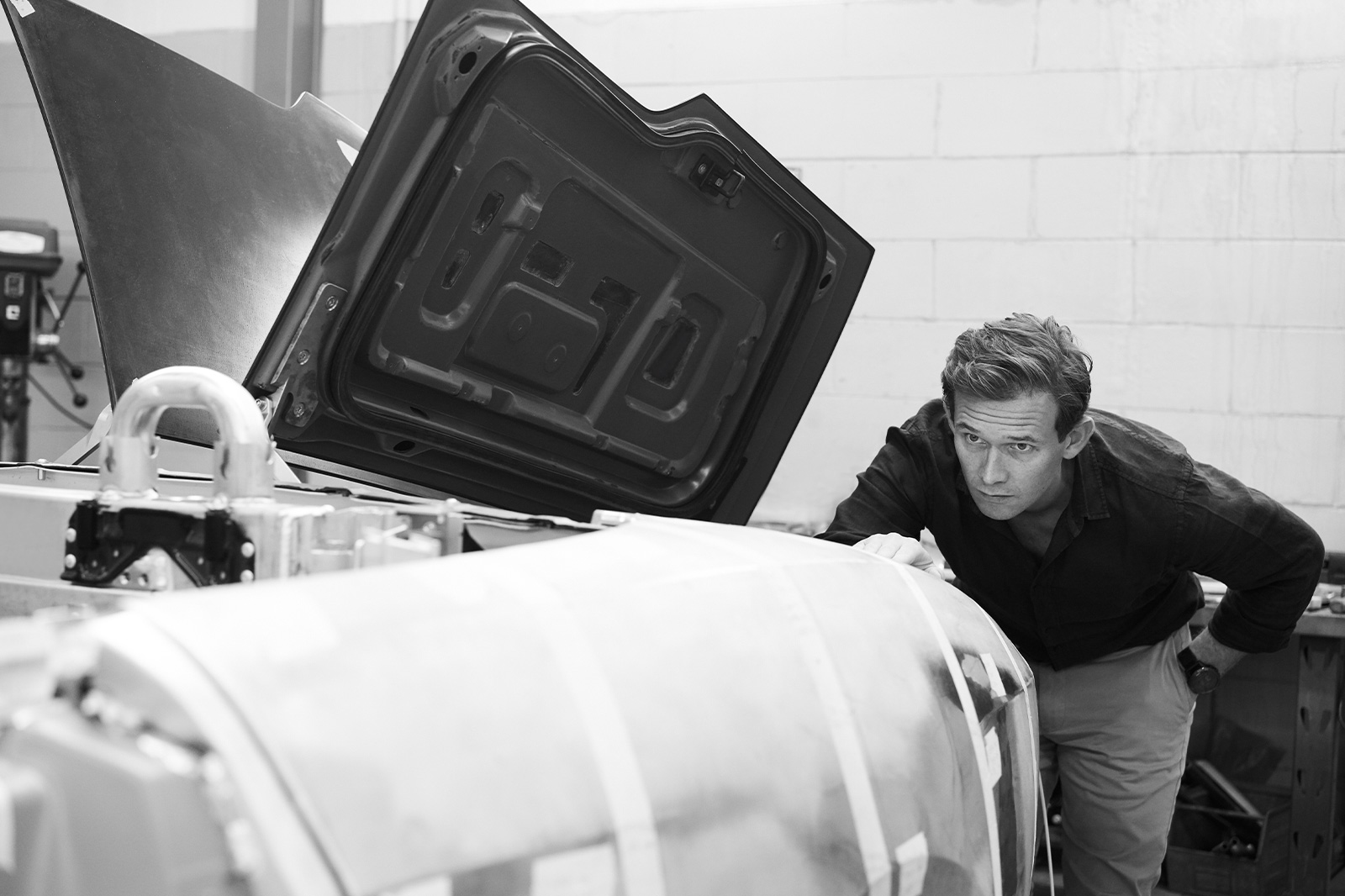 Coachbuilding is more than ‘just’ a bespoke Rolls-Royce. Many marques out there offer custom versions of their collection, be that bespoke interiors in exotic leathers, unique paint jobs and tuned-up performance. But that’s not enough for Rolls-Royce. Sure, they offer that level of customisation (many cars are built to order after all) but they go even further, with one-off cars designed and built from the ground up. That is what Alex is in charge of. Yeah, that’s one hell of a first job.

The latest expression of that pursuit is one I was fortunate enough to see in the metal at the Concorzo d’Eleganza Villa D’Este: the Boat Tail. It’s a massive, gloriously excessive ode to automative luxury and one of the most distinctive Rolls-Royce designs ever to grace the perfectly manicured lawns of a concours. At £20 million, it’s the most expensive car the marque has ever built. Where on Earth did that come from?

“Back in 2017,” says Alex of the Boat Tail, “following the launch of Sweptail, there was cited interest from a collective of our luminary customers. This group of clients expressed an interest in creating something totally unique. This coincided with the first ideas in the design studio of a modern interpretation of the Boat Tail body style.” 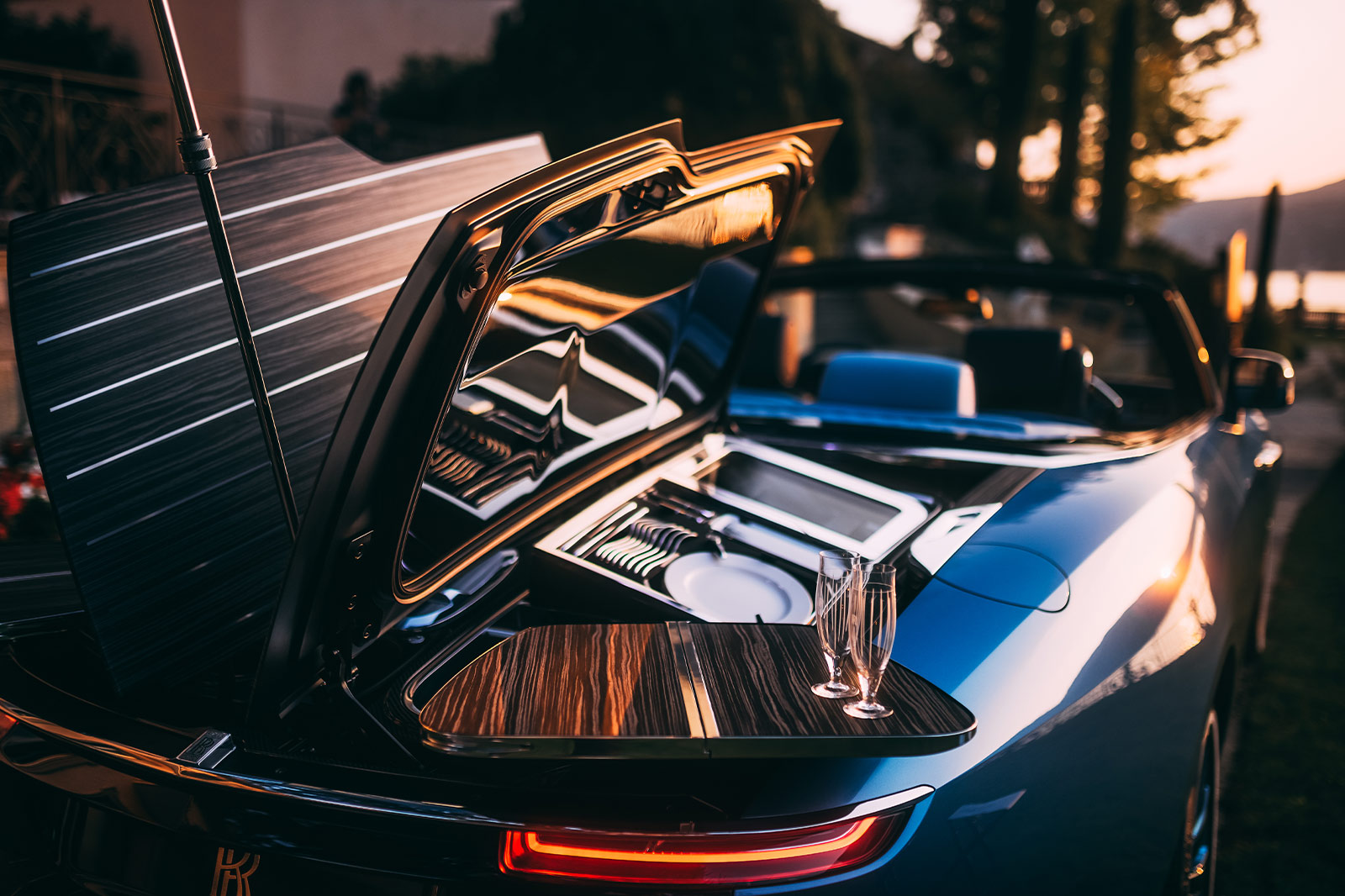 Obviously, the design of the Boat Tail draws from the Rolls-Royce archives, but that’s only a fraction of what it is. It’s not a surprise where a lot of the inspiration came from.

“For Boat Tail we took specific inspiration from nautical design,” says Alex. “But I believe inspiration can come from anywhere, much of it unexpected. But I do have a personal interest in architecture.” 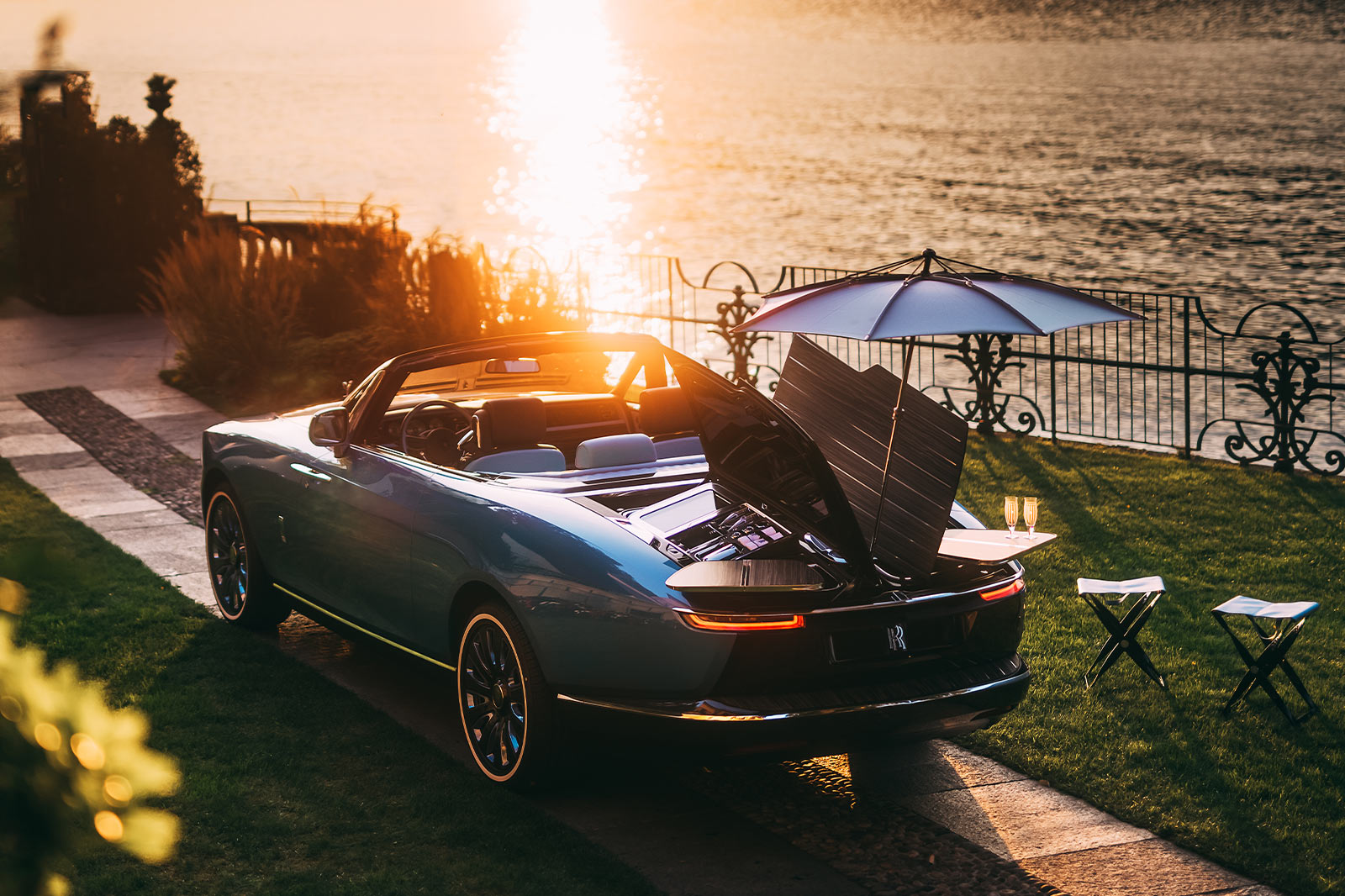 Needless to say, the Boat Tail made a splash (pun completely intended, unfortunately) with its rear end modelled after a J-Class yacht. It wasn’t just it’s shape or concept either, but the sheer obsessive detail that went into every facet of the car. Even the deconstructed grille is a unique touch only for the Boat Tail. Indeed, calling it a car is like just calling a Greubel Forsey a ‘watch.’ It’s true, but also just a fraction of the story.

It’s enough to wonder where the line is. Is there anything Rolls-Royce can’t build for their clientele? Apparently not: “The unique co-creation that we have with our patrons allows almost limitless potential. It’s one of the most gratifying things about Coachbuilding – we can make anything a reality.”

That potential surely makes it an exciting time to be Alex. Since the Boat Tail’s debut, I don’t doubt he’s been inundated with potential commissions bigger, better, more exclusive designs – and solidified Coachbuilding as a major facet of the marque. 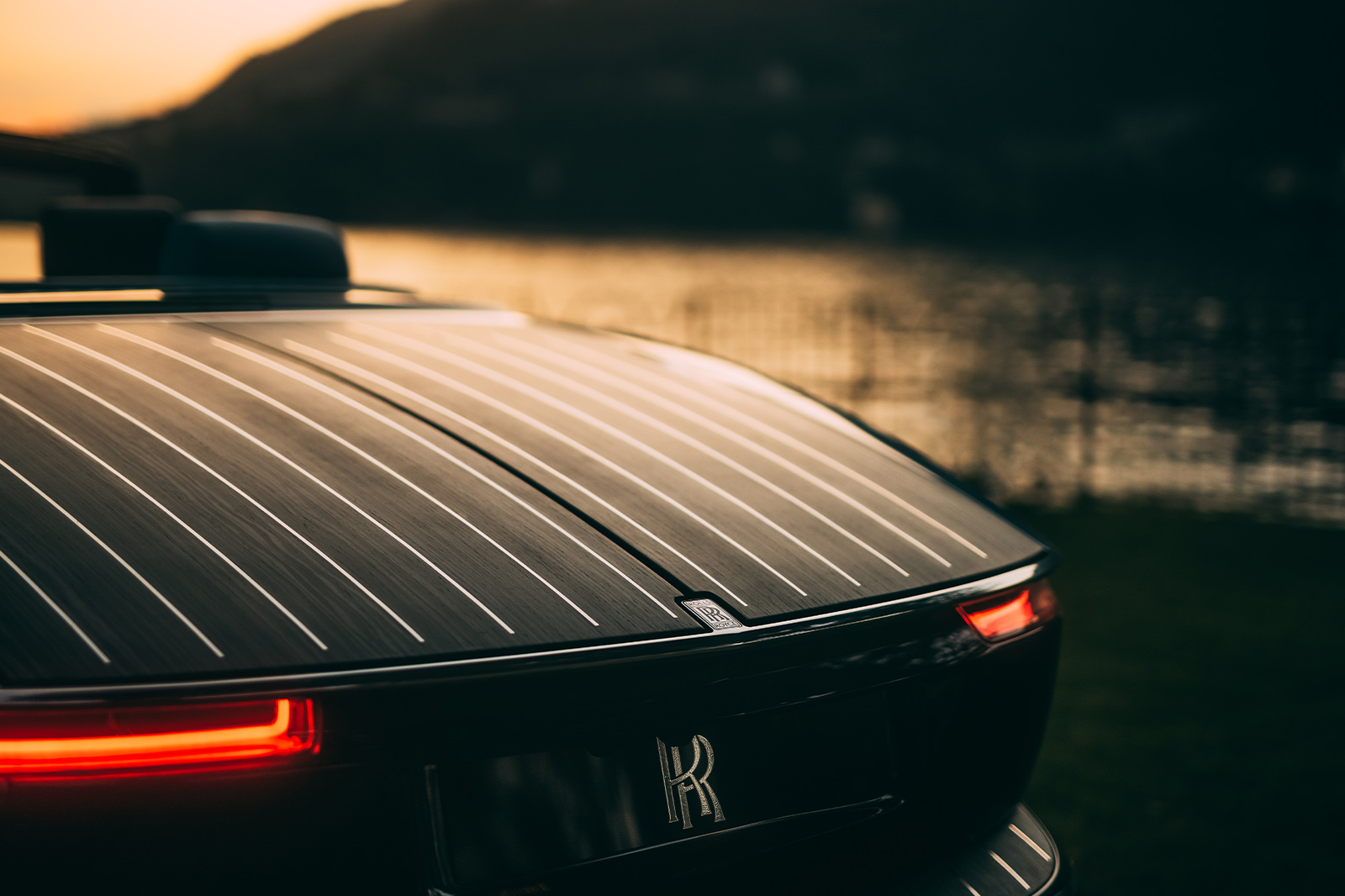 “Coachbuild is now a permanent fixture of Rolls-Royce. We showcased the first of the three magnificent Boat Tails at Concorso d’Eleganza Villa d’Este in October 2021. The second will make its global public debut at Villa d’Este 2022. And there’s plenty more in the pipeline, which you’ll see soon.”

So other than architecture, is there any other form of mechanical excellence that Alex appreciates? As we’re a watch magazine, it’s pretty obvious where I’m angling here.

“I have a huge appreciation for horology as a discipline. I’m currently wearing a Garmin day to day, as I get drawn into all the data and insights it gives you, but my go-to analogue all-round piece is a Tag Heuer Carrera.” 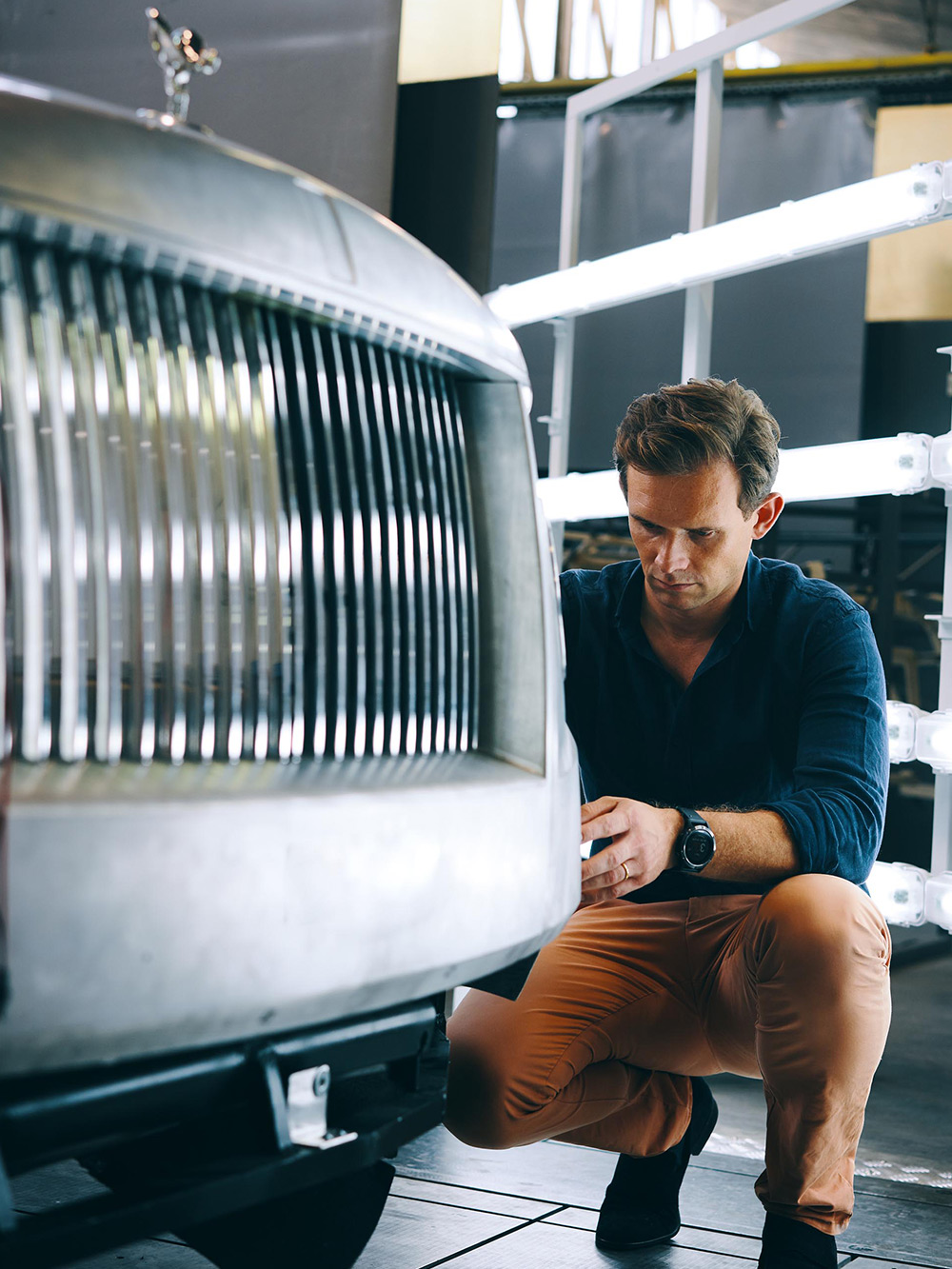 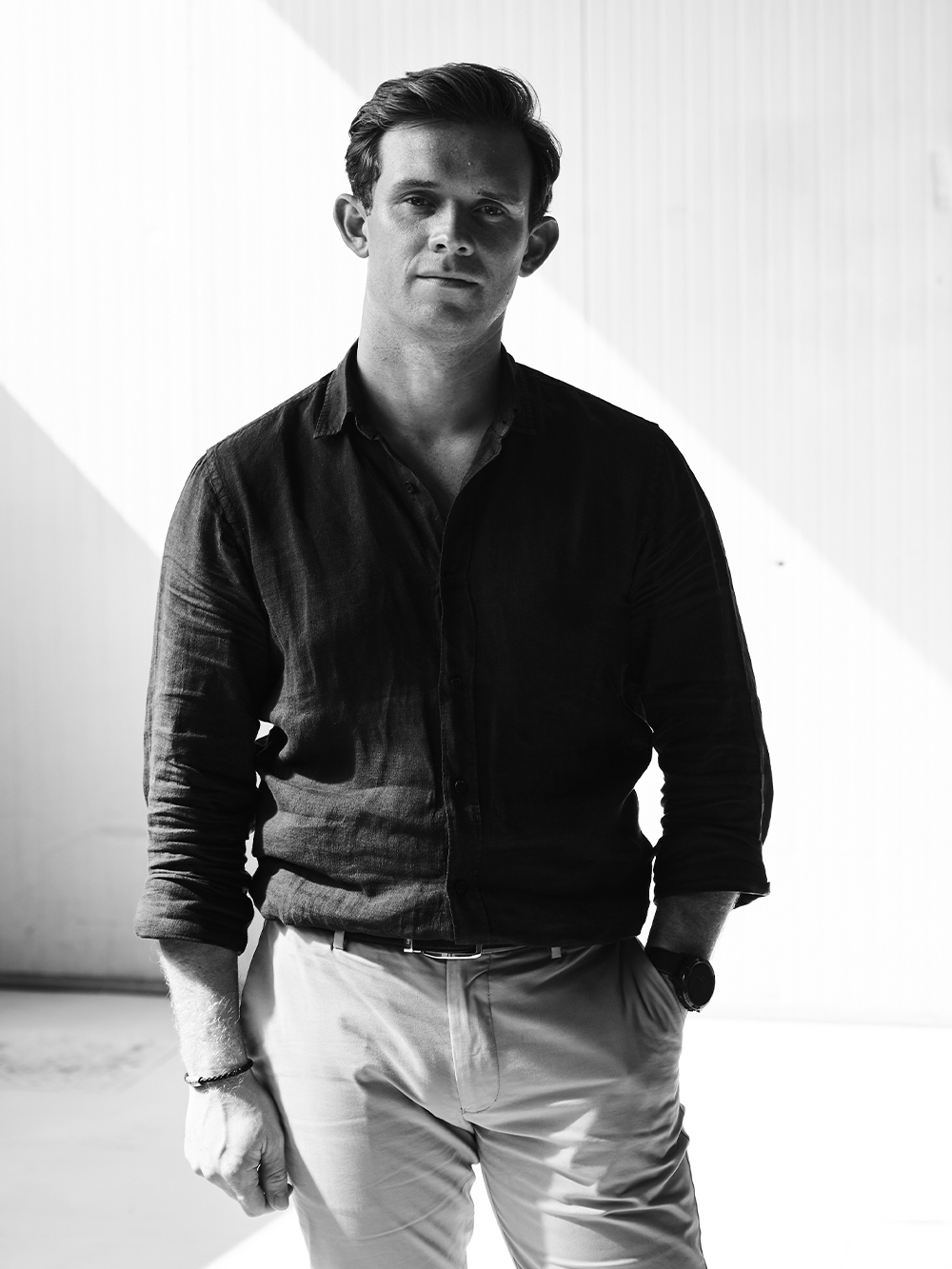 It’s not the highest end watch in the world, but given the Carrera’s racing pedigree, it’s a solid choice for anyone working in the automotive world. Plus, it’s just a seriously cool piece and perhaps echoes Alex’s own, more modern tastes. He’s not wearing a Patek Philippe and, for the head of Coachbuilding at Rolls-Royce, that says a lot.

Obviously, there’s not going to be a huge number of coach-built Rolls-Royce cars on the road. Even though the Boat Tail has kicked the profile of the service into overdrive, it is by its very nature a rarefied affair. But with Alex at the helm, we’ll be seeing a lot more of it soon.

Ex-Marine sniper, adventurer and all-round man of brawn Aldo Kane requires kit that has to meet an...

A 19-foot yacht of a car, the new Rolls-Royce Boat Tail is unsubtle luxury at its finest.