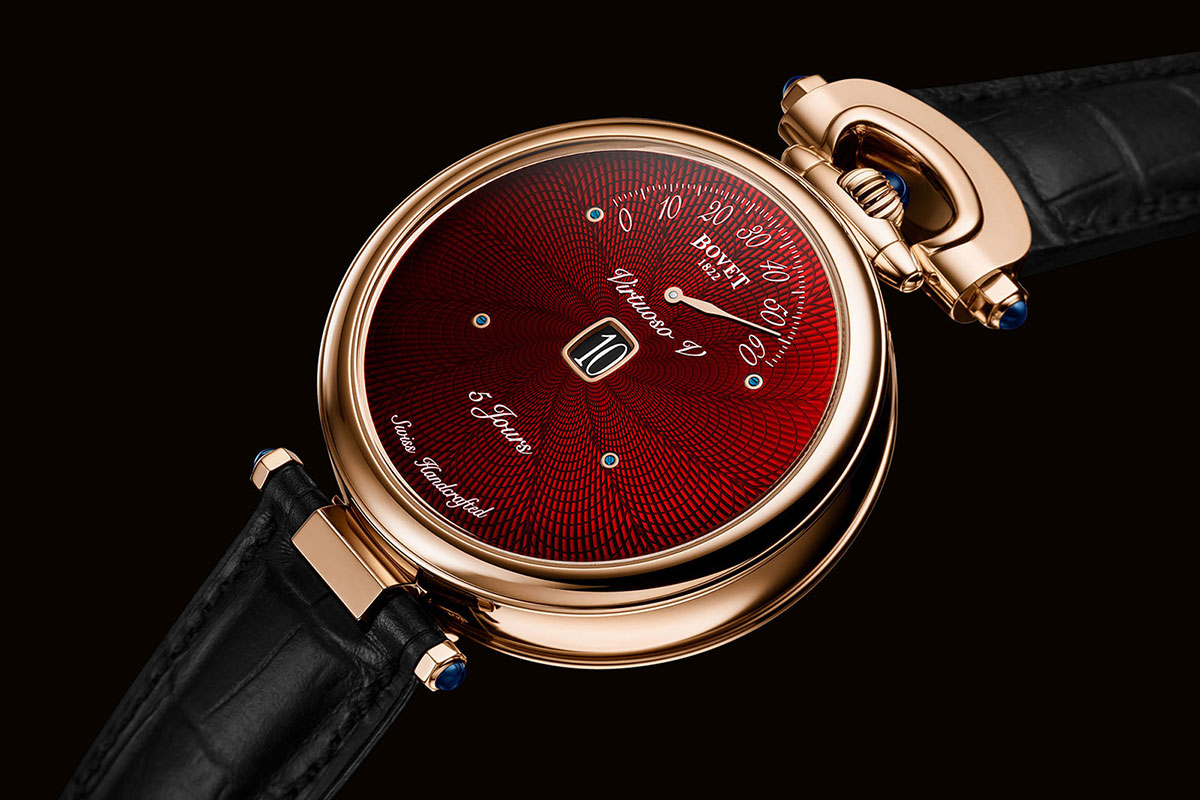 They say you can’t be all things to all people but dammit if Bovet isn’t going to try. The Virtuoso V is the ultimate convertible watch; not only does it have dials front and back, but its 12 o’clock crown means that it can work nicely as a pocket watch too. Granted that kind of versatility is best suited to an Edwardian dandy but it’s impressive nonetheless, especially in its new ‘Lavish Red’ colouring. The front dial shows off that beautiful deep colouring exceptionally, with a mesmerising guilloche apparently imitating a fan of feathers emanating from the centre of the dial. Other than the finishing, it’s wonderfully minimal, with retrograde minutes at 12 o’clock and jumping hours in the centre. Flip the watch over and you have a touch of that guilloche – as well as a more traditional hour/minute display – but with the manual-wind movement on full show. This side also includes a power-reserve indicator which, given the Virtuoso’s five days of power, probably won’t be hitting empty all that often. More information at: bovet.com 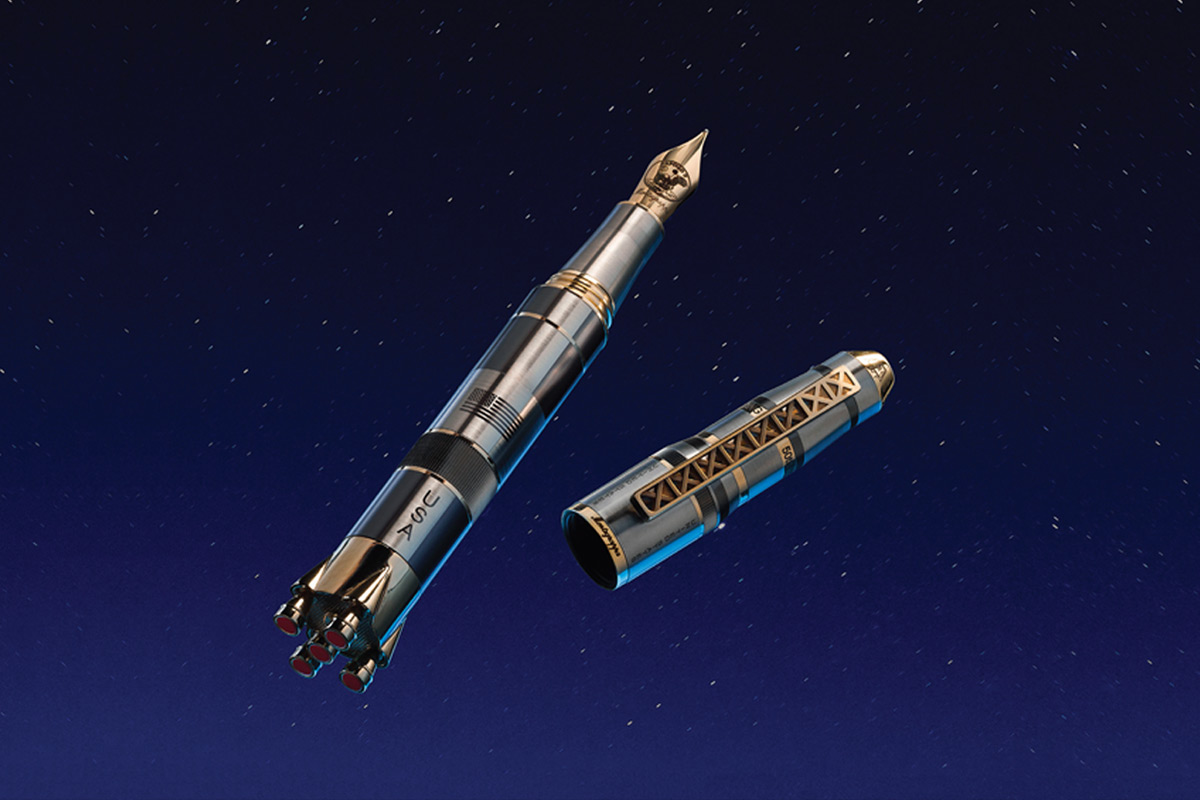 In case you’ve been living under a rock, wearing earplugs and generally ignoring the world, it’s 50 years since the Moon Landing – and Montegrappa is more than happy to get in on that commemorative action.

Celebrating various aspects of arguably the greatest scientific achievement by mankind in history, Montegrappa’s series of pens are designed to imitate every detail of the Saturn V rocket. The detail is typically impressive of the Italian penmaker and, cap on, it doubles as a lovely little model. Take off the cap – the second stage of the rocket – to reveal the nib. I could go on about the details, but you should really handle it yourself.

There will be 363 sterling silver fountain pens available, along with 110 matching rollerballs – the rocket’s height in feet and metres. There will also be a pair in solid gold: 50 fountain pens for the anniversary years and three rollerballs for the members of the Apollo crew. More information at: montegrappa.com 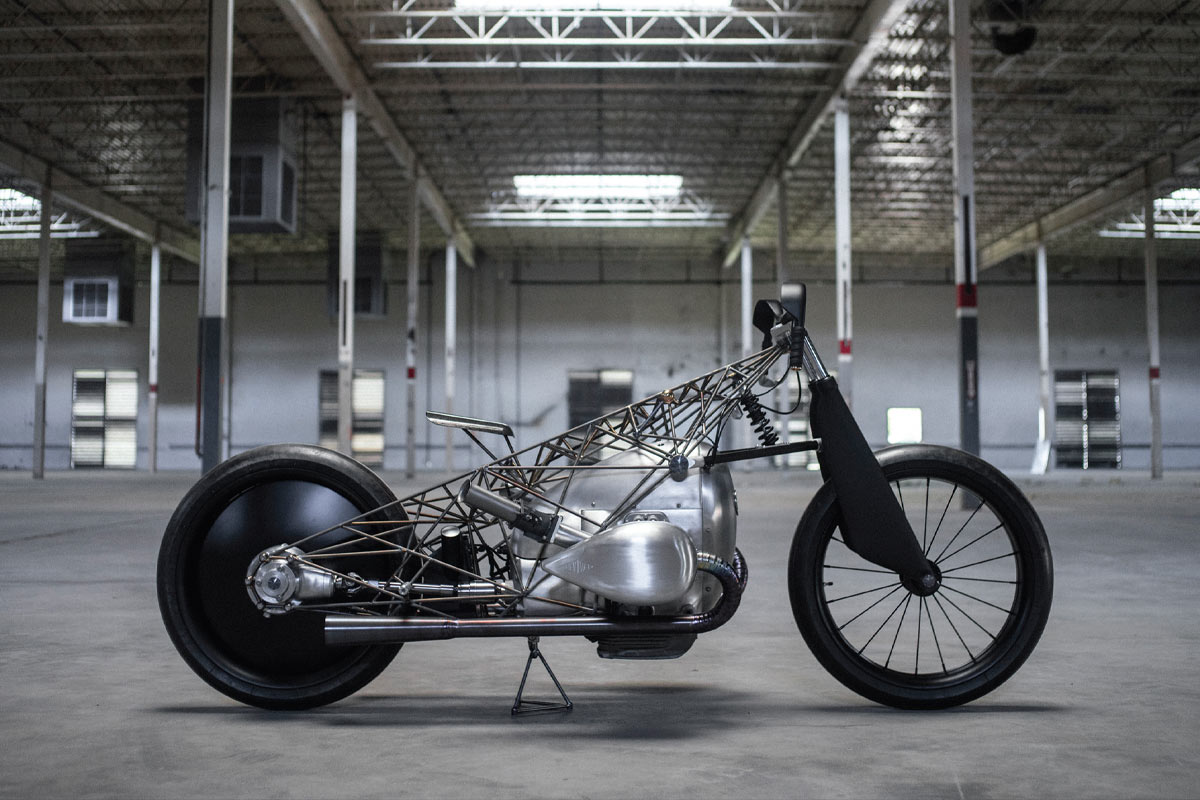 BMW’s Big Boxer engine is a beast and a favourite among motorcycle collectors no matter what setting it’s in. Well, it may have just found it’s most extraordinary setting yet thanks to the fine lads at Revival Cycles and their latest custom masterpiece, the Revival Birdcage.

Looking like some kind of cross between a motorbike and the original Wright Flyer, this creation was actually inspired by the early record-setters built by mechanical guru Ernst Hennes back in the 1920s and ’30s. Built around the gargantuan Boxer engine, the geometric skeleton design leaves nothing to the imagination, showing off most of the bike’s innards.

While the Big Boxer engine itself may be from the 1960s, there are some modern flourishes in the design here, such as air-oil cooling and greater cubic capacity. Pretty much everything else titanium however was built in-house by Revival Cycles. Don’t ask where you can get your own; if we knew, we’d be riding it. More information at: revivalcycles.com 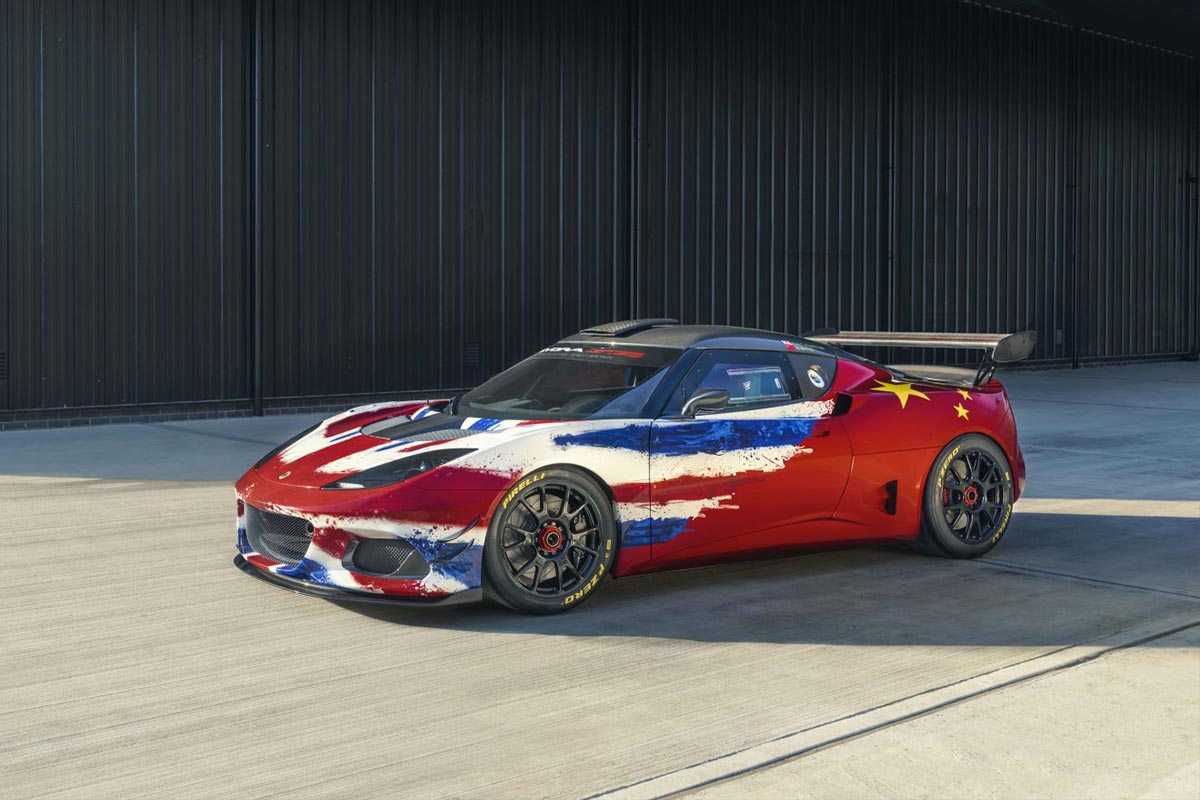 Lotus may have had visitors to the Shanghai Motor Show excited about its first all-electric hypercar, which was fine. Just fine. For us, it’s all about the throaty roar of its second concept, the Evora GT4.

The latest iteration of a Lotus race-car, it’s built for speed on a professional level. More advanced aerodynamics than ever before, a race-ready cockpit and safety features that’ll convince the driver to push it to the full. Its predicted top speed is around the 170mph mark which, with additional downforce and incredible handling, will help it take corners like no Lotus before it. The Evora GT4 is less a straight-up concept as it is a hint at things to come. Those things will be awesome. More information at: lotuscars.com 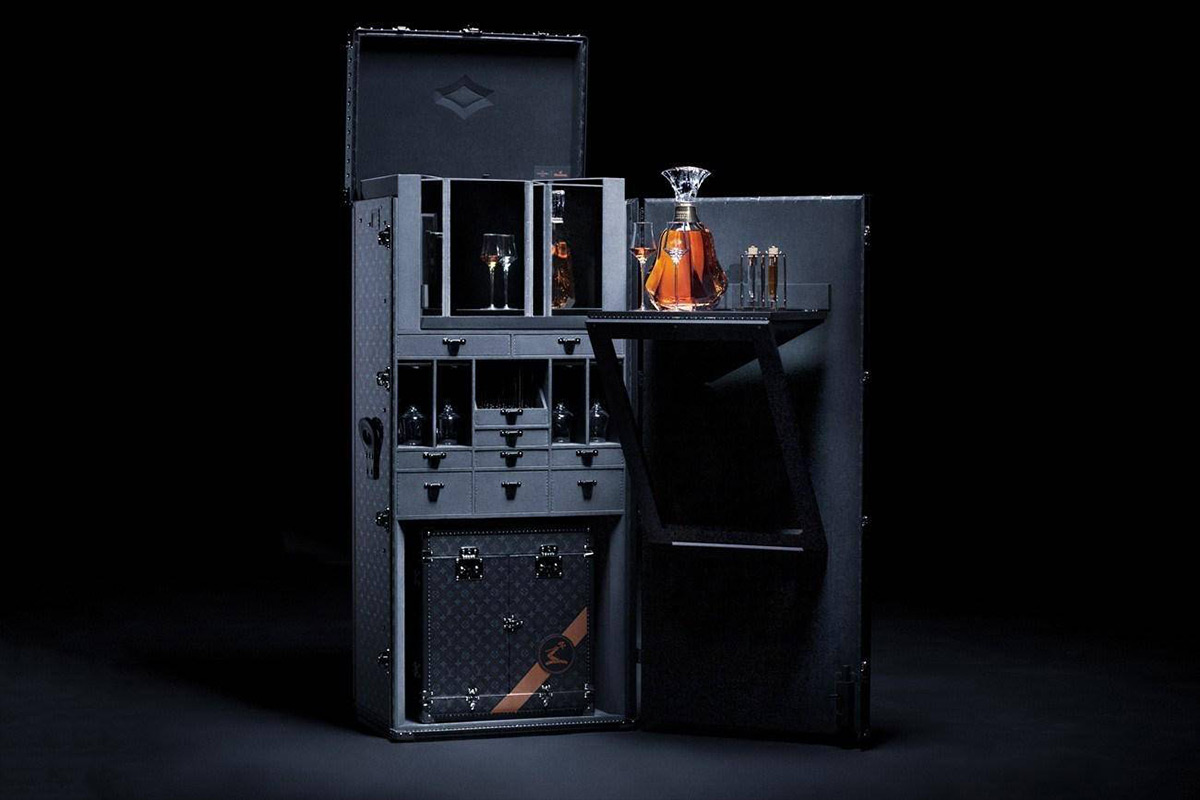 What do you do to complement the finest Cognac Hennessy has ever produced? Build it its own designer travel case of course. You know, for when you can’t take a train ride without your own personal bar.

Kidding aside, the $273,000 collaborative trunk is spectacular. Built to celebrate the Cognac’s new crystal makeover courtesy of artist Arik Levy, it is, to all intents and purposes, an easily transportable drinks cart. It includes the glassware and accessories in line with those used by the higher-ups at Hennessy and can cater to a substantial group of fellow epicures. All of that is encased in Louis Vuitton’s signature monogram canvas in a cool dark grey-green.

Sure, it’s a pricey way to transport your favourite tipple, but what better spectacle when your train is delayed than opening this up on the platform? More information at: hennessy.com 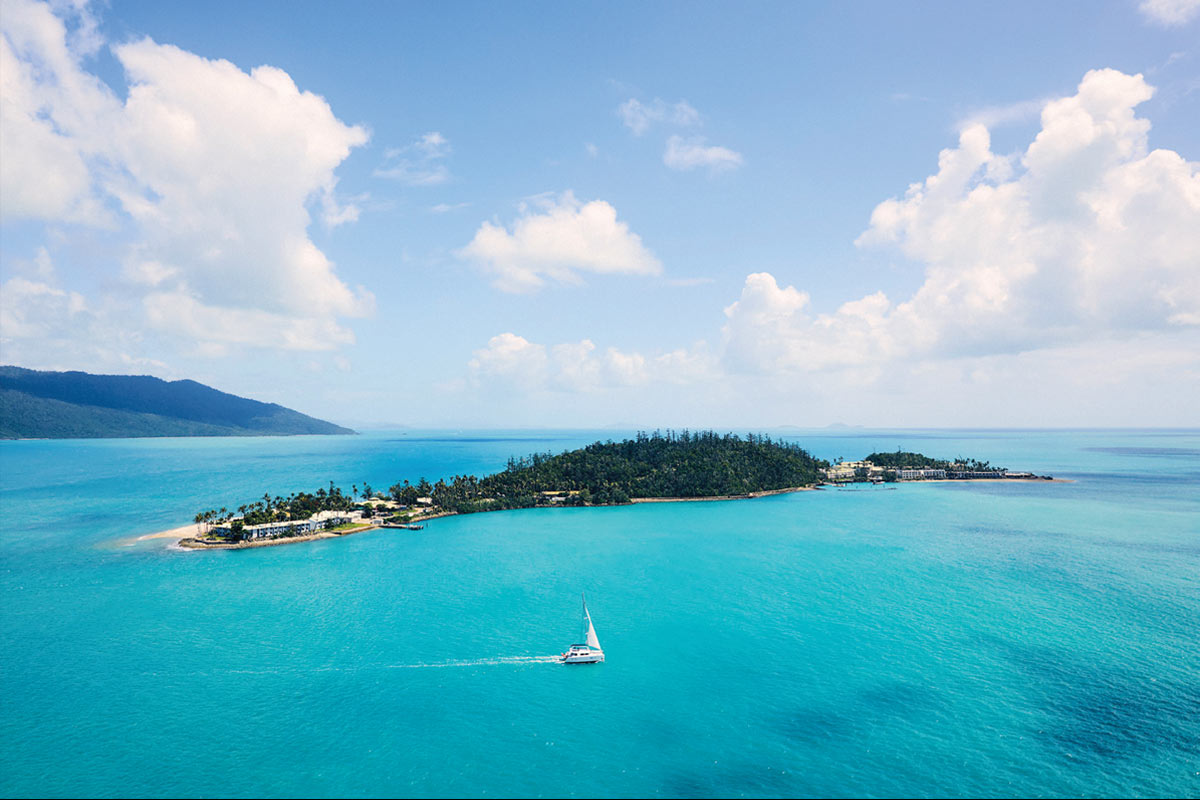 After a Category-4 cyclone caused roughly $3bn of damage to Australia’s breathtaking Whitsundays, it hasn’t been top of many a traveller’s list for a while. One victim was the legendary Daydream Island, arguably the country’s most beautiful resort. Well, never fear: it’s back.

Following an 18-month period of repair, renovation and a full redesign, the resort is better than ever. 277 brand-new rooms and suites, a trio of outdoor pools in and its own underwater observatory – from which to admire the majesty of the Great Barrier Reef while you can.

Add in the kind of luxury castaway vibes that keep Tom Hanks chilling with a cocktail and you have a resort that more than lives up to its name. For more information and booking, visit daydreamisland.com. 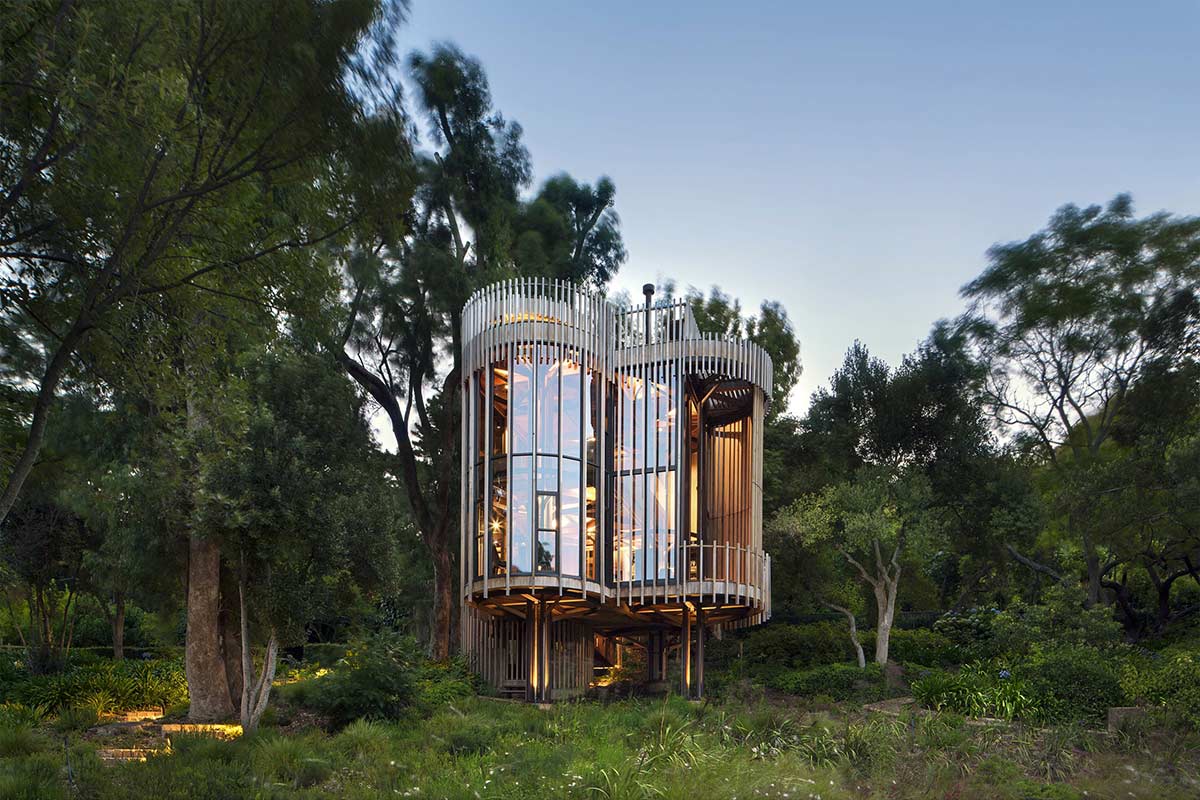 Who didn’t want a tree house as a kid? It was an escape, a little retreat just for you where you could hide all your porer… sweets. Still, central London isn’t all that suitable for a palace of splinters and we all had to grow up eventually. Not so the architects at Malan Vorster.

Located just outside Cape Town, this is without a doubt the coolest, most grown-up treehouse that’s ever been conceived of. A series of tall, cylindrical structures, it cheats in the fact that there’s not really a tree in sight, but don’t let that detract from this architectural wonder. Inside there’s space for a grandiose living area – including a somewhat risky wood-burning stove – and majestic views of the surrounding woodland.

The main house is just a little ways away, meaning this doubles as the kind of guest house that will have friends calling in favours for years to come. Just, you know… beware termites. For more information and booking visit malanvorster.co.za. 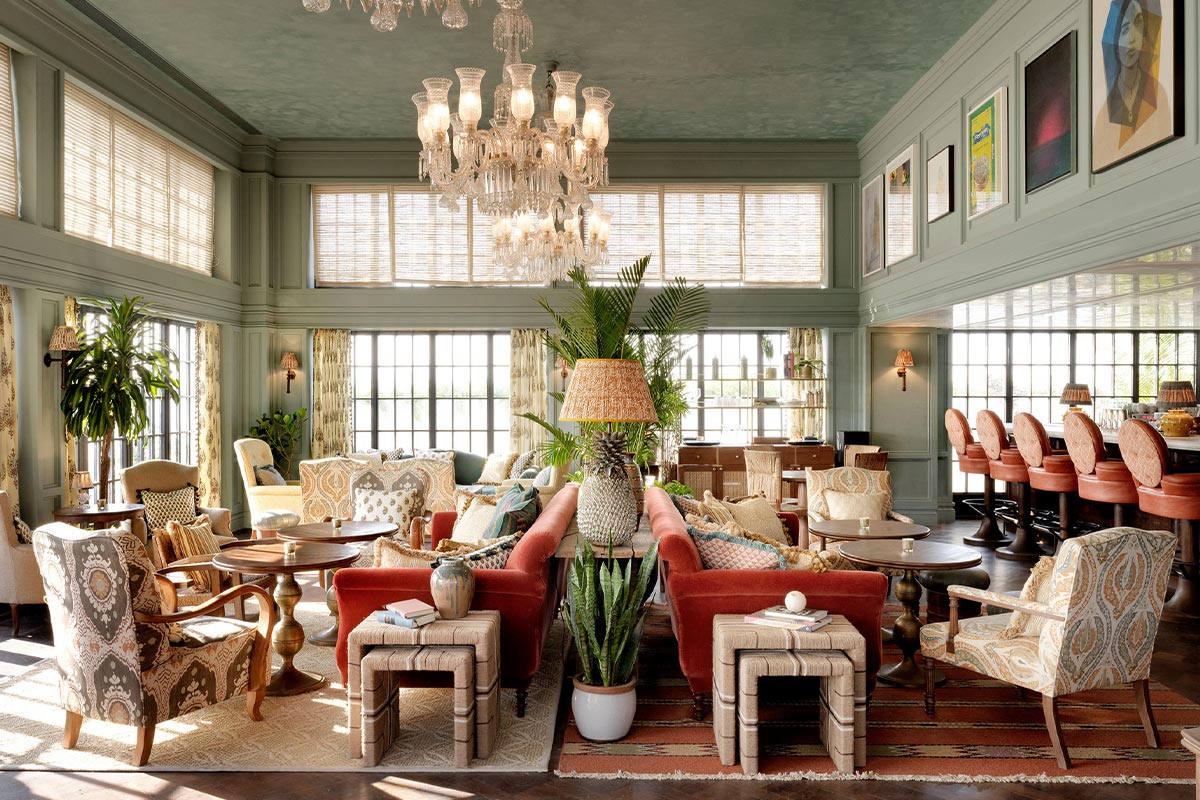 Soho House may have long dominated London – how many do they have here now? – and crossed the Atlantic to applause, but they’ve yet to make it into the more exotic locales of the subcontinent. Until now, of course.

Their new Mumbai offering is everything a Soho House should be, combining exclusivity and service with a wry eccentricity and eclectic eye for design that’s as charming as it is innately British. Overlooking the good and great reclining on Juhu Beach, its relaxed vibes are well-suited to all-day drinking and dining. There’s even an outpost of Cecconi’s for a little Italian dining flair. The crown jewel however is the rooftop pool, which is a hell of a lot more impressive than their White City offering. It’s the perfect escape from the hectic pressures of Mumbai. For more information and booking visit sohohousemumbai.com.