Working with MB&F has rubbed off nicely on the clockmakers at L’Epee 1839. Striking out on their own, the Time Fast is as quirky and inspired as any of their collaborative efforts, following the curves and lines of a vintage racer straight out of the 1950s. Under the hood its engine lasts for a solid eight days, wound in the same way as a pull-back toy car. The time, displayed on the side, is set using the steering wheel in front of the driver, whose glass-domed helmet showcases the thrumming escapement. Limited to 100 pieces, it’s part timekeeper, part motorsport homage, all awesome; lepee1839.ch 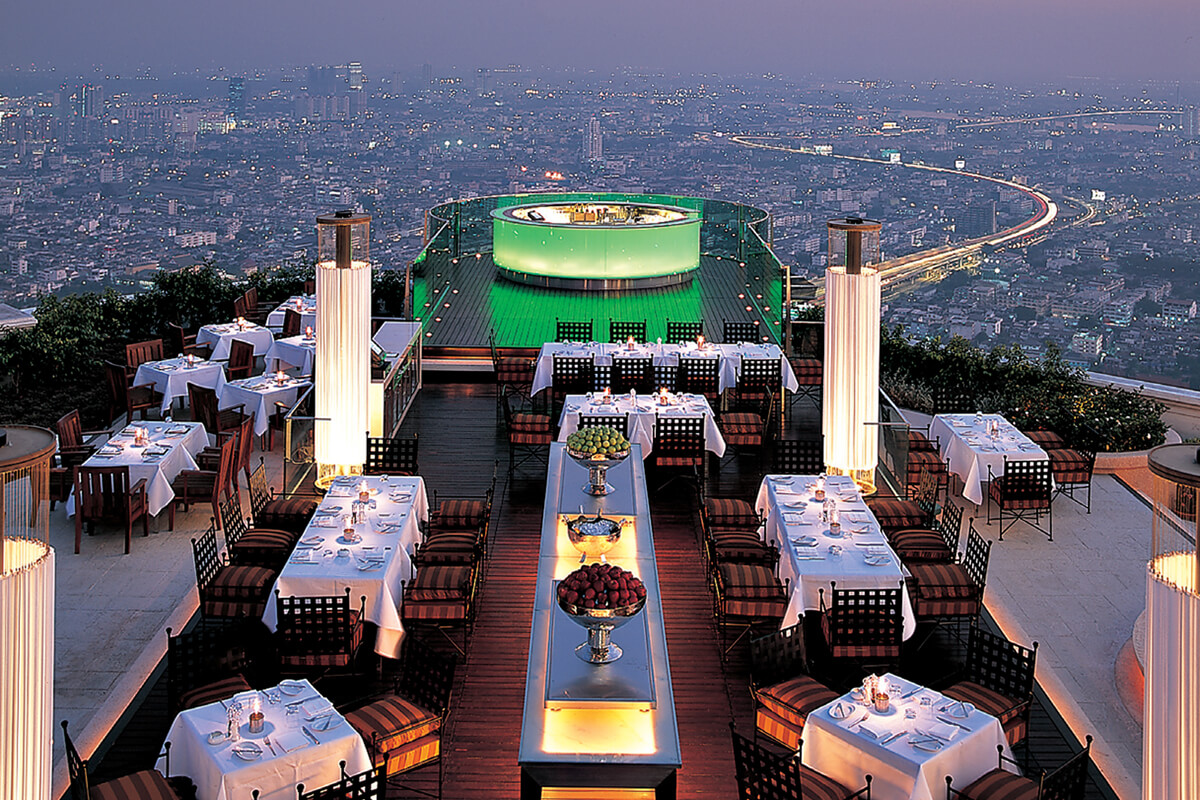 There are plenty of places to enjoy the highlife in Bangkok, but the new bar atop the Lebua hotel is… well, the highest. Officially. Presiding over the 52nd floor of the tower, the cutting-edge Lebua No.3 not only has panoramic views of the city, but it also boasts enough club lighting to keep Daft Punk happy and the world’s first retina-display dancefloor. If you can make it out through the lights, there’s also a 40m wall of greenery. On the menu expect vodka, gin and caviar front and centre. The bar’s even gone so far as to partner with Absolut Elyx for a special edition all of their own. It’s a heady mix, so you’d best book a room at the hotel in advance; lebua.com/lebuaNo3 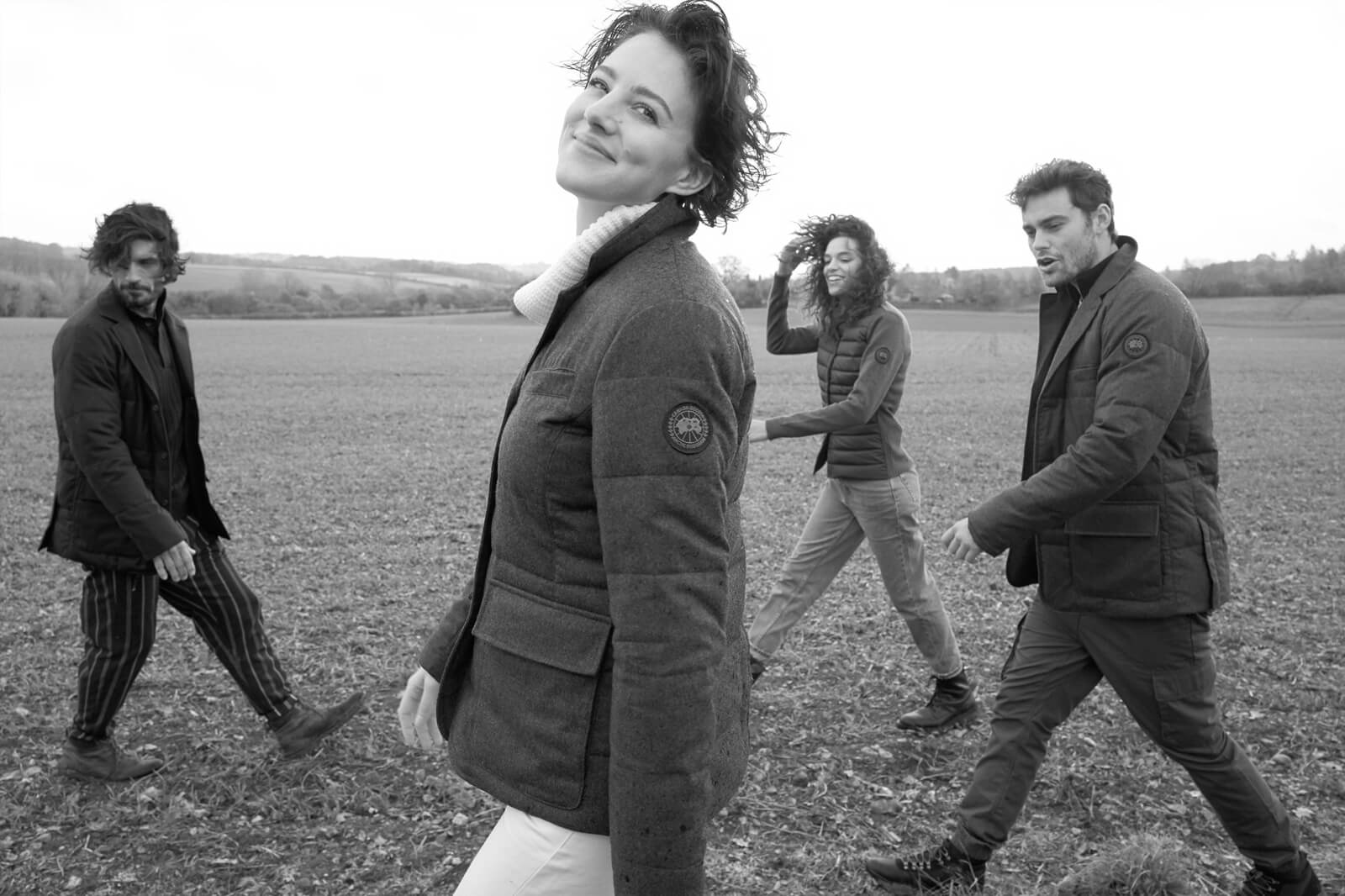 Savile Row’s not all that well-known for cold weather clothing, and Canada’s a recluse when it comes to the sartorially bespoke. That’s precisely why this collaboration between tailoring legend Henry Poole and arguably the finest winter survivalists in the world, Canada Goose, is so cool. The partnership comprises of a merino scarf and, more importantly, the W1 quilted blazer. Made from medium flannel and beautifully tailored, it’s also stuffed full of goose down for blissful warmth. If you feel the need to take your bespoke look from five to -5°C, this is the one for you. The graphite is also particularly handsome; www.canadagoose.com 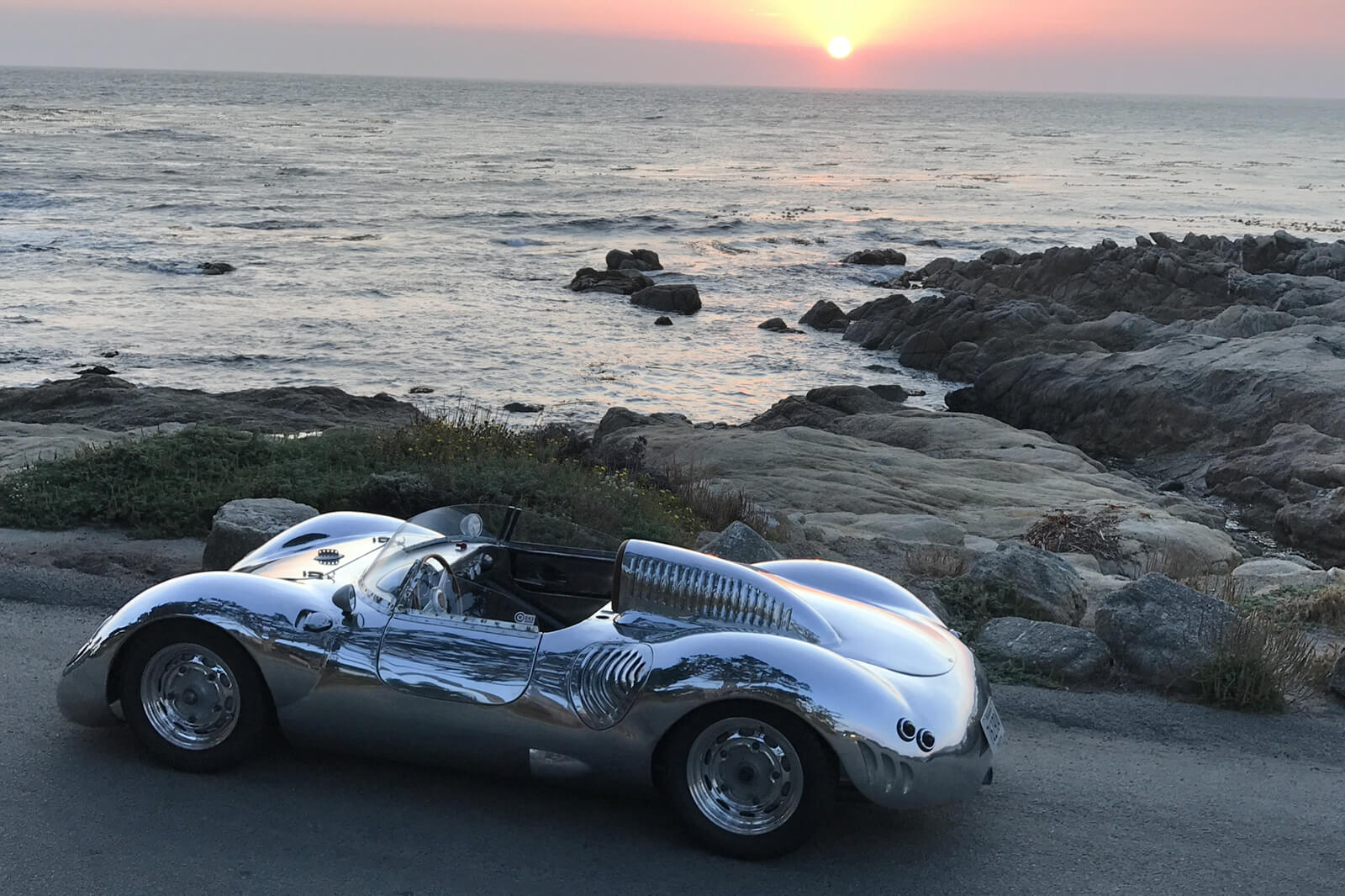 If you prefer your 1950s racers large enough to actually drive, look no further than the Runge RS. Everything about it speaks of being squirrelled away in a garage for the past 65 years, and that’s kind of the point. Don’t be fooled though, this is a brand-new car; it just imitates the styling cues of period Ferraris and Maseratis flawlessly. The ‘Flat Four’ cylinder, 159HP engine is newly-built and the polished aluminium bodywork is unique. It’s not going to match up to a McLaren on the track, but it’s the newest vintage car money can buy; rungecars.com 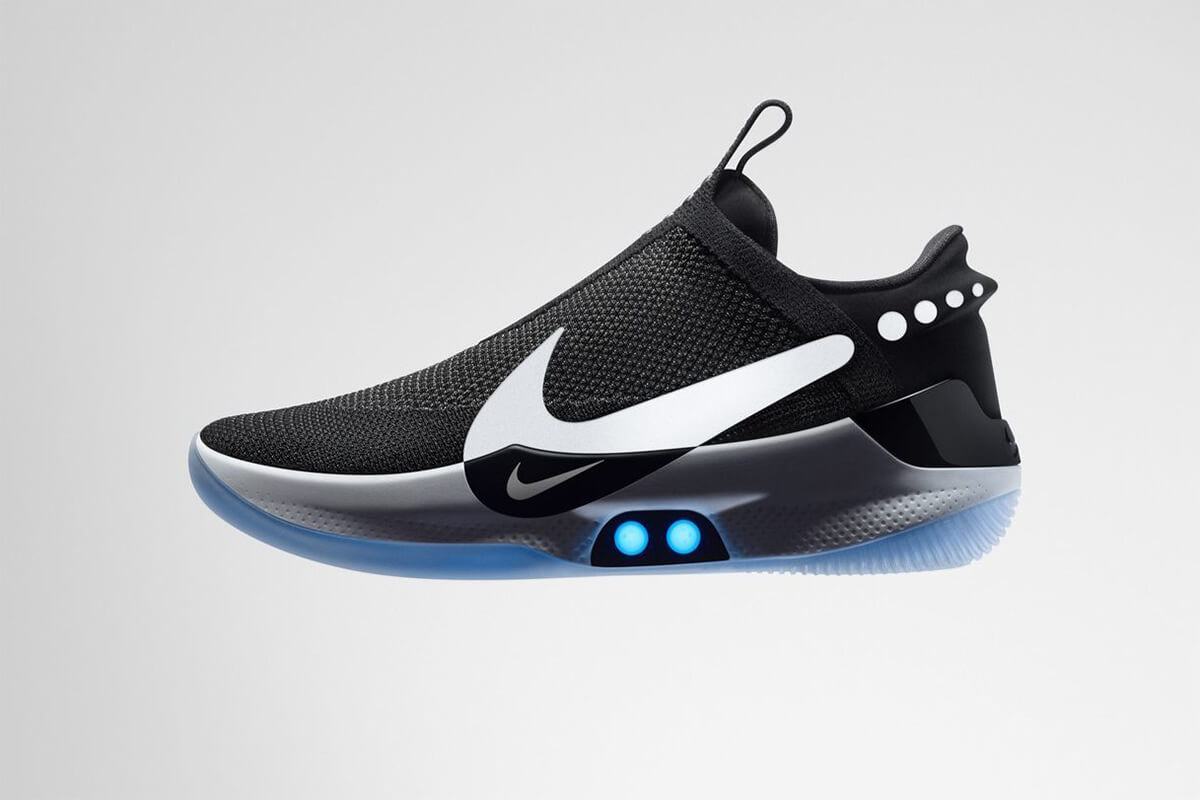 Ralph Lauren aren’t the only ones with wearable tech on their mind, though these have been coming since Back to the Future Part II. Rather than ‘just’ being selflacing however, Nike’s new cutting-edge sneakers are linked to your smartphone. Why? So that you can tailor the fit to how you’re using them. If you’re getting ready for some intense athletic action, you can tighten them up; if you’re just lounging around in your cutting-edge kicks, loosen them a little. Sure, it’s aimed at professional sportspeople, but given their cool, futuristic style most sneakerheads will want a pair. Hell, we can barely run to the corner shop without wheezing and we’ll still be putting an order in; nike.com 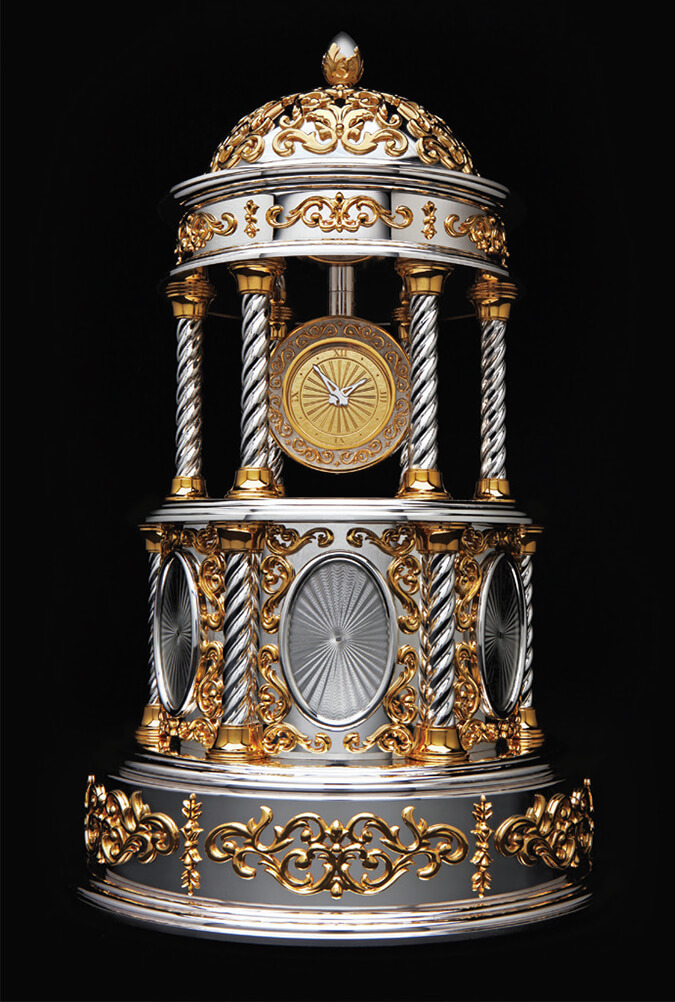 What would you do with 400 hours of your time? Whatever it is, for the artisan silversmiths at Grant Macdonald, that’s precisely how long it takes to build one of their bespoke clocks. The example here is based off the extravagances of Marie Antoinette, though if you wanted something minimal their designers are more than happy to help. Either way, the mechanical movements inside are accurate enough that you’ll know just how many of those 400 hours you didn’t spend building a clock. Though calling this a mere ‘clock’ is a little off the mark. This is a work of art; grantmacdonald.com 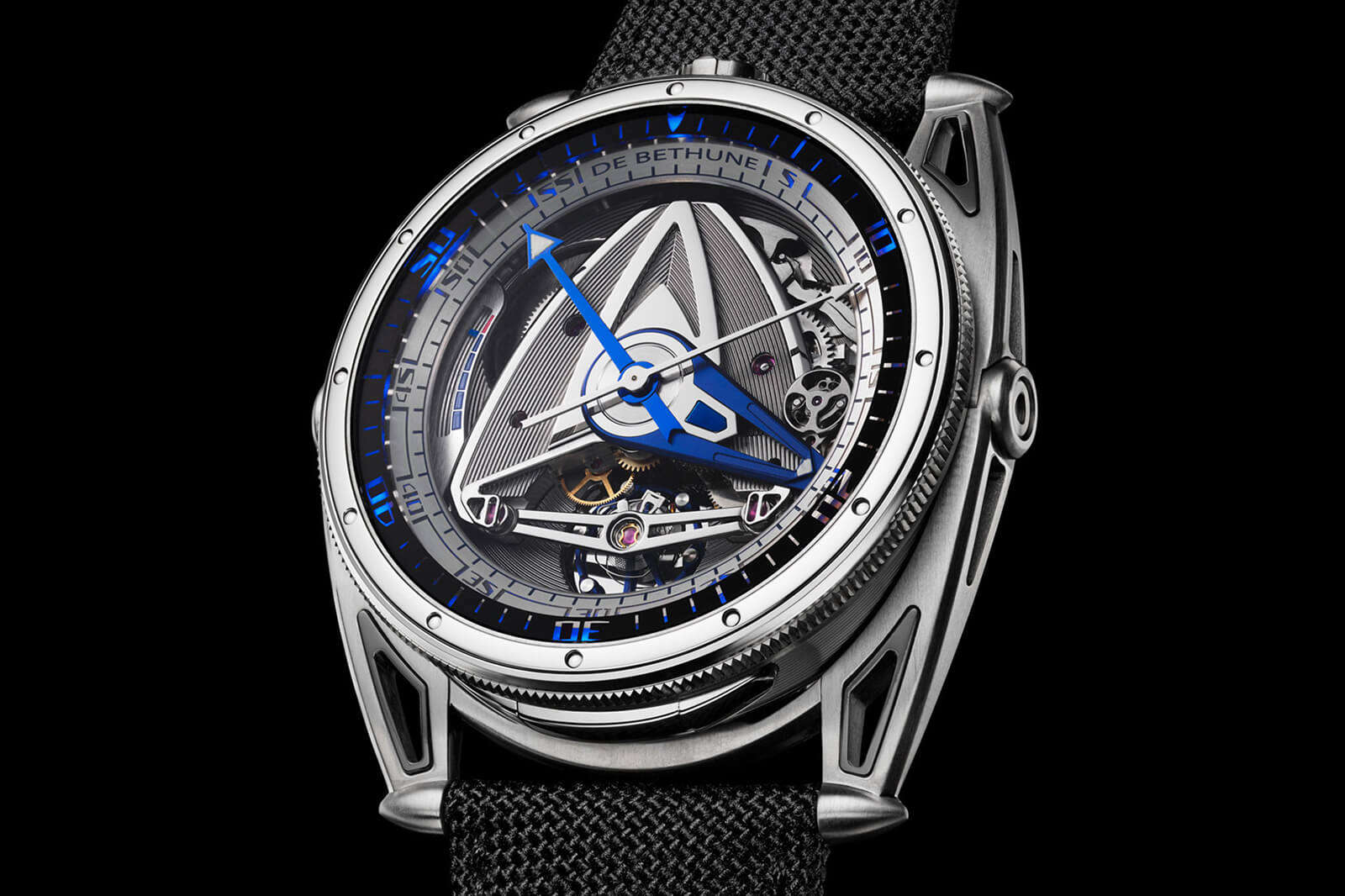 They might not be the first watchmaker you’d think of creating a sports watch, but apparently De Bethune have enough horological swagger to pull anything off. The DB28GS has everything that the avant garde independent is known for, from their signature bridge across a striking openworked dial to their architectural lugs. They’ve just been placed in a new environment, which is namely that of a diving watch. Its chunky case and contemporary, technical dial certainly look the part, but the most intriguing aspect of the watch however is its inner light, created by a dynamo, that is completely mechanical in source. It’s fitting that a watch designed for the deep has its own kind of bioluminescence. There’s no doubt about it; you’ll have the coolest watch at the boat club; debethune.ch 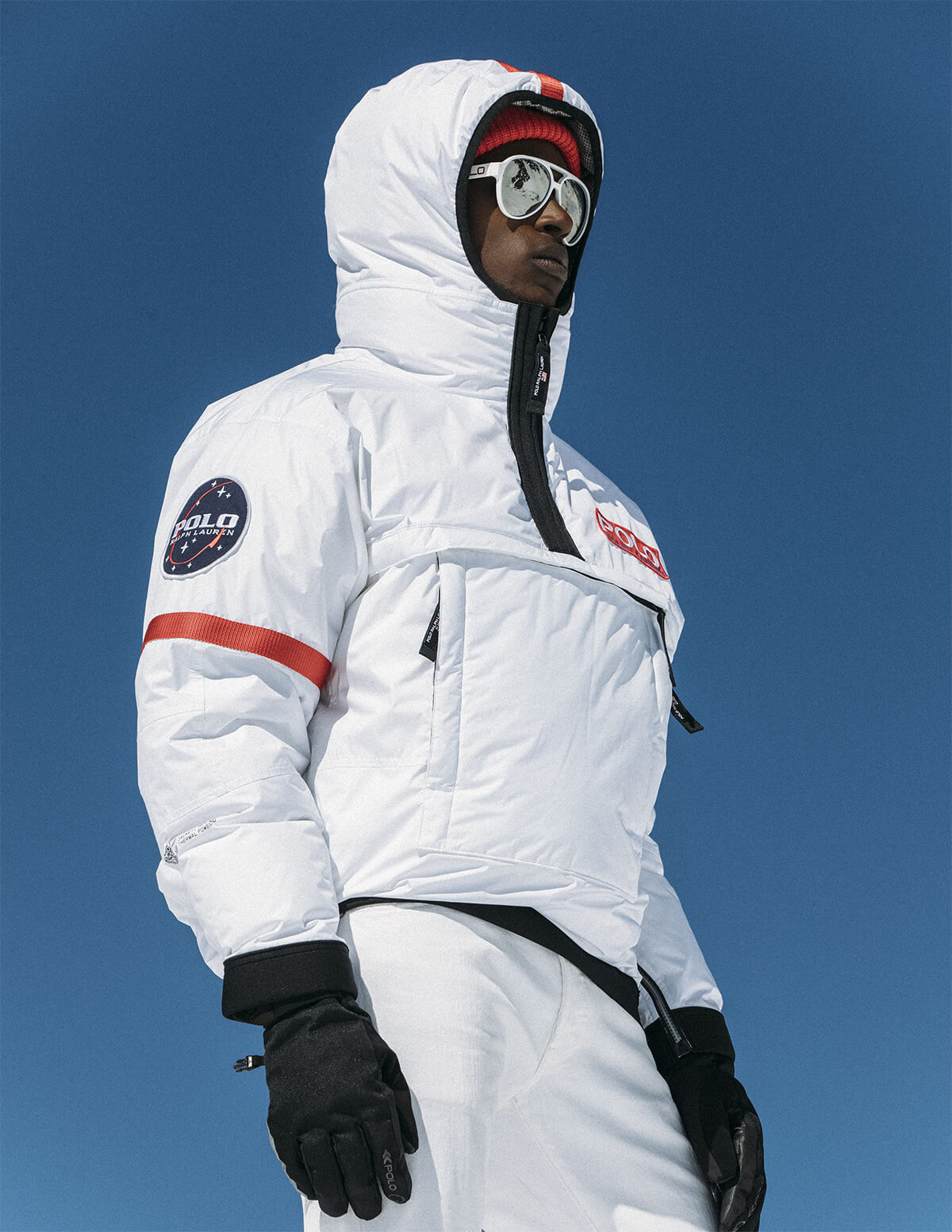 You can don as many layers as you want, but nothing beats a good heater for keeping warm. So, thought Ralph Lauren, why not wear that heater? At least we assume that was the thinking behind their latest collection of self-warming outerwear. This limited-edition version of the Apollo 11-inspired Polo 11 not only looks warm enough to stave off the cold of space, but links to the RL Heat app on your phone, where you can set it to your own kind of cosy. The system also comes in a non-limited version of Ralph Lauren’s Glacier Down jacket, but who on earth could settle for that? Best get your orders in now; ralphlauren.co.uk 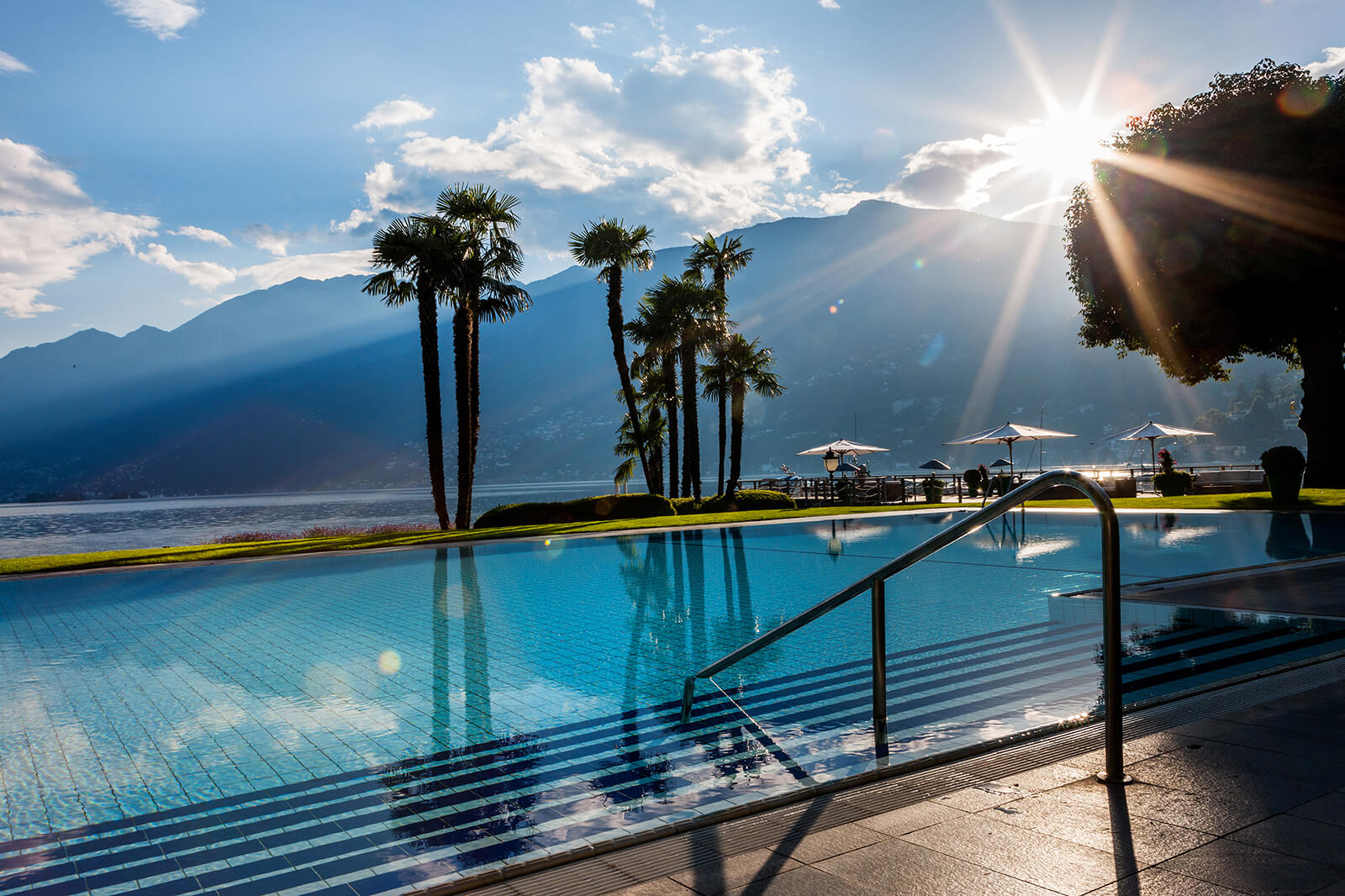 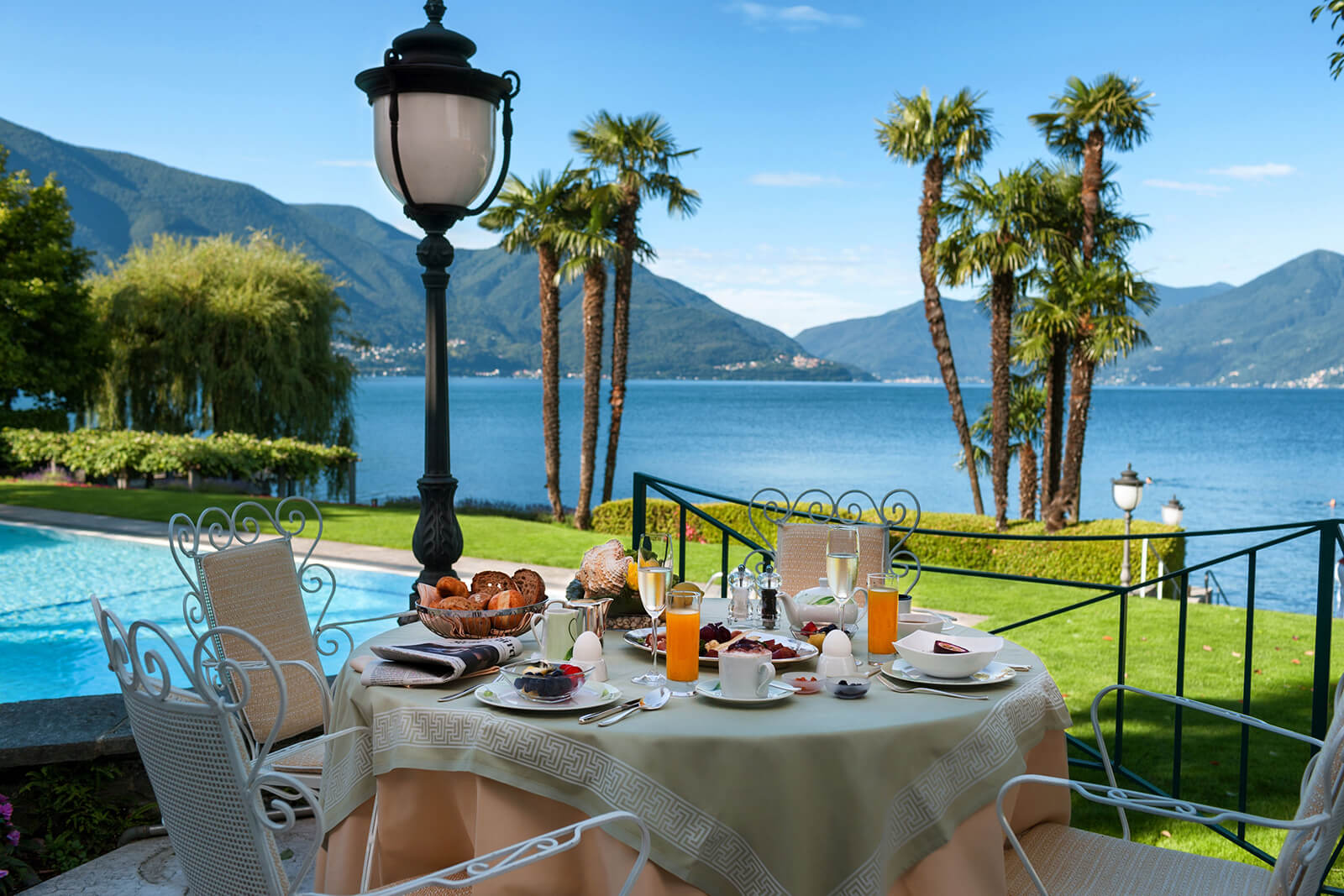 With four restaurants, three pools, two saunas and one beautiful panorama of Lake Maggiore, Eden Roc has it all. The hotel itself is a nice clash of eras, though the glamour of the 1960s comes through most. With its private beach and marina, it may as well be on the Côte d’Azur, just with far calmer waters. Design-wise though it’s the spa that stands out, with icy blue pillars and a menu of spa treatments worth its own Michelin star. Throw in the unsurpassed service typical of the top end of Swiss resorts and what’s not to love? Lake Como can eat its heart out; edenroc.ch