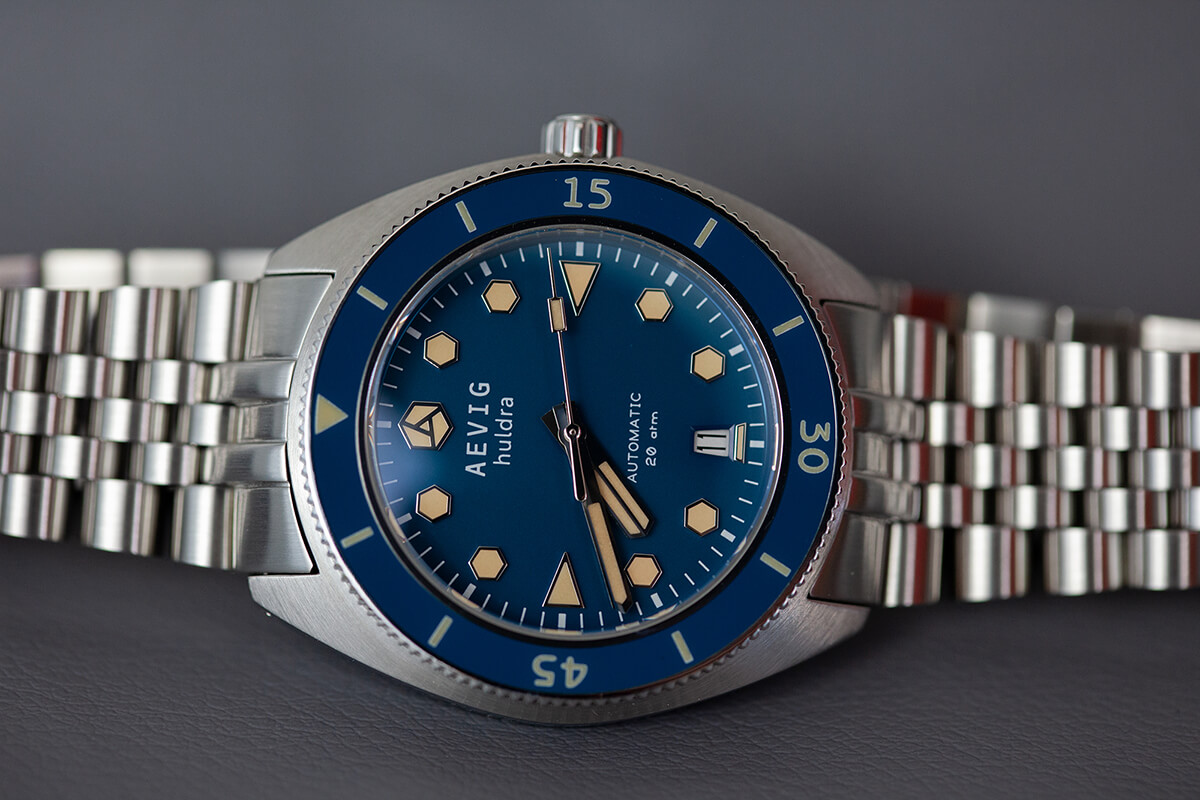 Retro divers are a dime a baker’s dozen by this point. It’s the go-to design school for any startup with a few quid to scratch together a prototype. It’s kind of fitting that diving watches are saturated, but it doesn’t make wading through the flotsam and jetsam any easier.

Nowadays it takes a concerted effort for any design to stand out from the rest of the 60s throwbacks and 70s archival designs, the retro-inspired new-vintage future-classics. It takes an even rarer animal to do so for the right reasons. The Huldra is nicely in the second group. 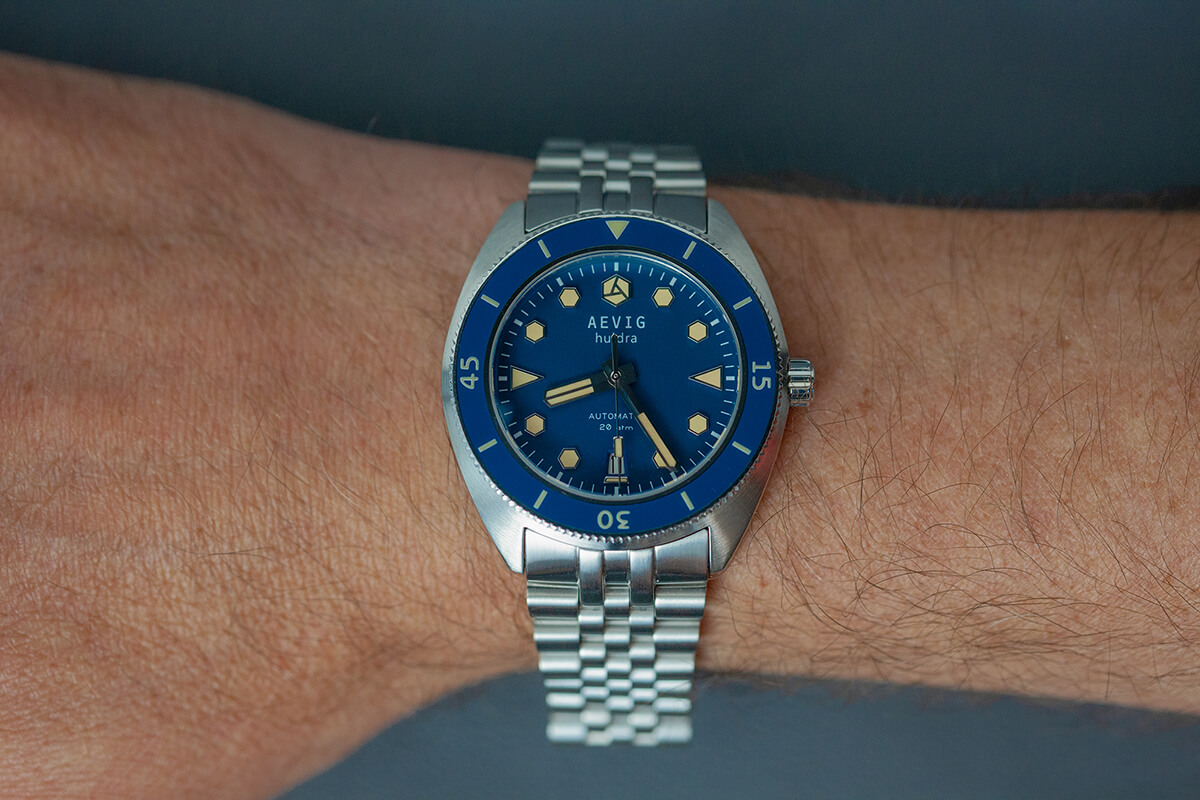 It’s not uncommon to see watches emulating the early 70s playing with hexagons, though that’s normally to invoke the spirit of Gerald Genta. The Huldra instead uses hexagonal indexes, essentially diminutive versions of their logo and the result is charming rather than industrial. It’s a nice point of difference from the circular bezel, curved case and otherwise smooth lines across the board.

Colourwise, the one we have is a bright teal blue, none of this midnight malarkey. You’d never think this is black, no matter the lighting, and it’s the kind of pop of colour you could see from down the street. You know, if we weren’t all trying to stay off the streets.

It does come in other colours too and I’d particularly like to get my grubby little paws on the green or orange versions. Those last two though use white lume rather than the beige seen here which is a shame; the Huldra is one of the few times I actually prefer the retro-shaded indexes. 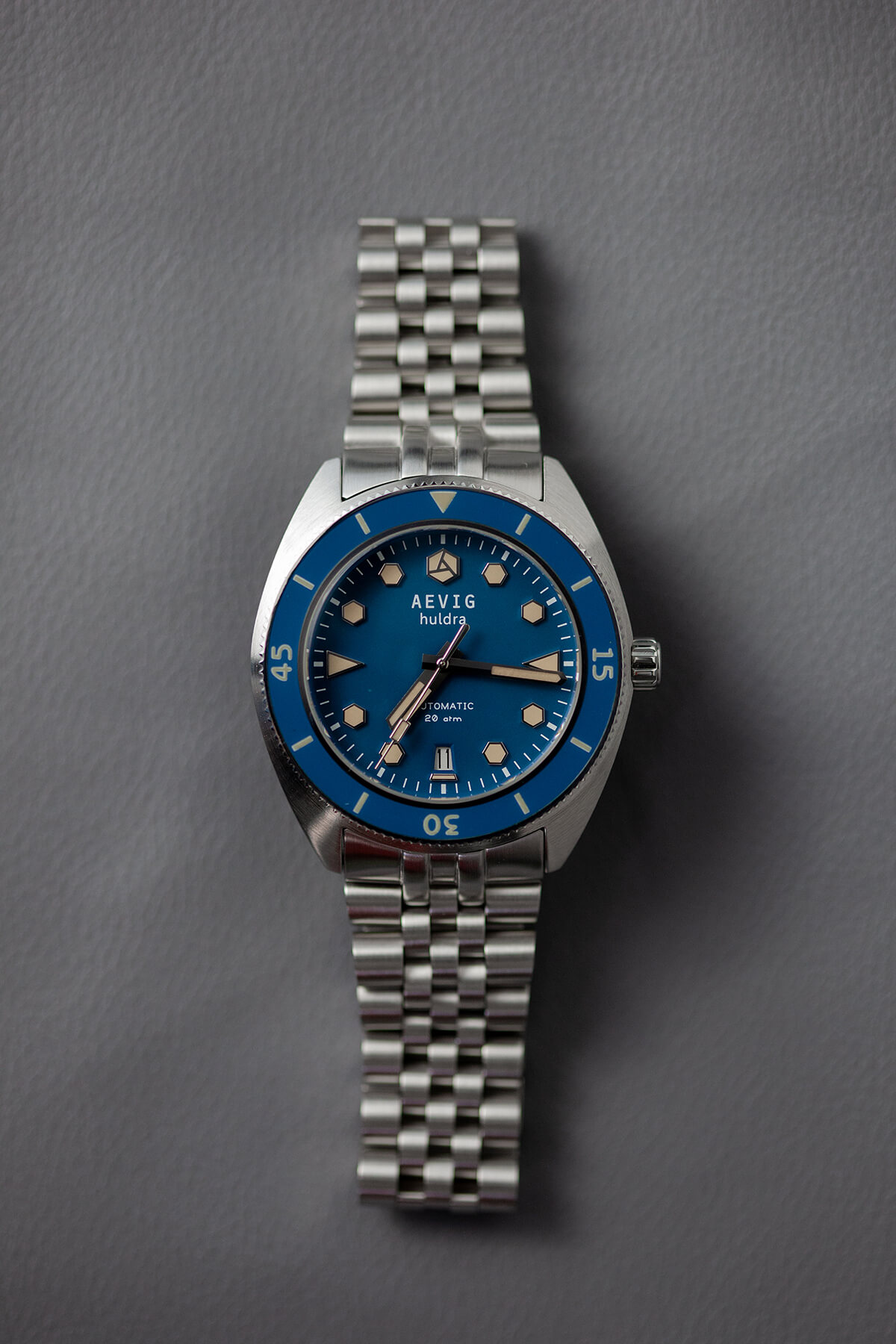 In fact, the only aspect I’m unsure of is the date window. It’s a nice touch that it’s shaped to mirror the arrow hour markers at 3 and 9, but it doesn’t help visibility, making it look a little crowded. There are other versions of the Huldra without the date, which I’d probably go for if given the choice.

At 42mm it’s larger than many a diver with vintage aspirations, but I found it genuinely wearable, which isn’t something I can say for many modern divers. A good part of that is because the lugs, integrated into the lozenge case, are pretty short, only extending the across-the-wrist width to 46mm. 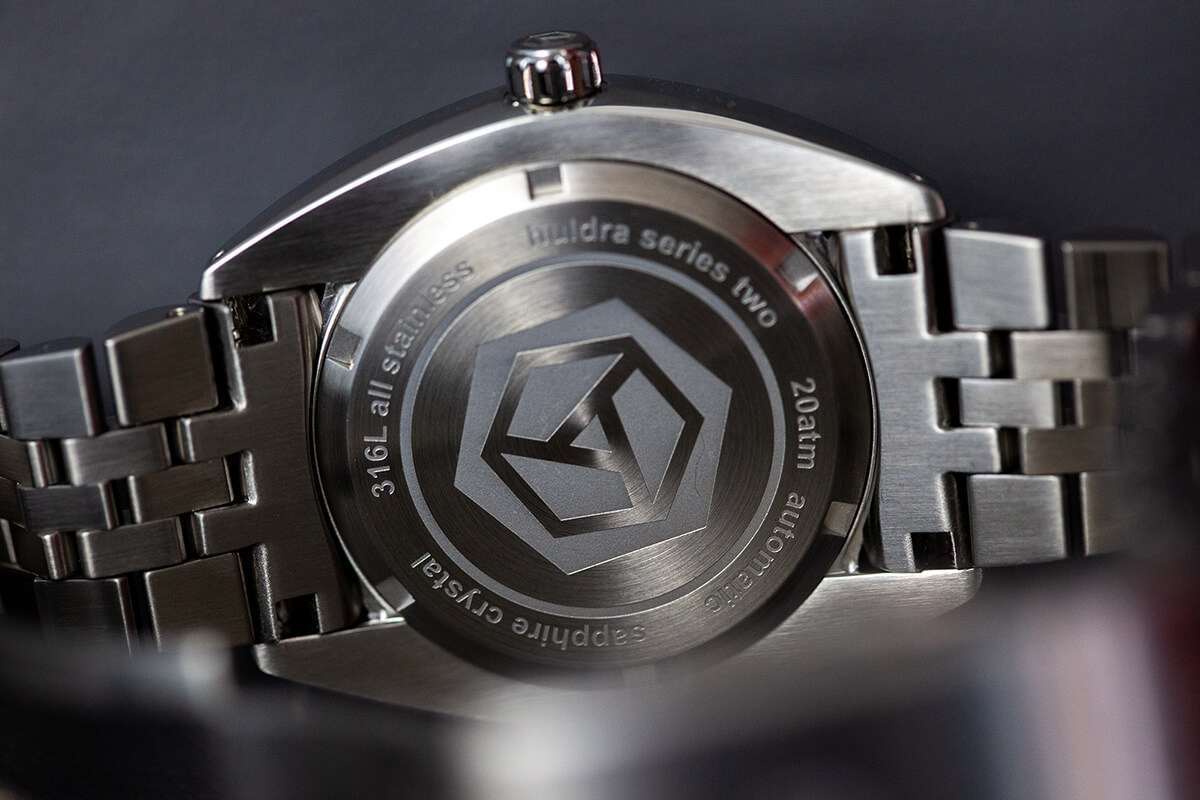 The weight is just what you want from a tool watch without a scrap of titanium in sight. You might disagree, but I like a good heft to something that’s meant to survive the odd shark attack, even if I don’t plan on getting into the water. It’s finished nicely too, brushed on top and polished on the sides. It’s an attention to detail I honestly didn’t expect at this price point.

The same goes for the bezel. I like the dial-matched bezel as opposed to the black-on-blue option, but more importantly is the satisfying click when you rotate and how solidly it stops if you try to go in reverse. A lot can be said about bezel construction; I won’t, but it does have a certain reassurance of quality. 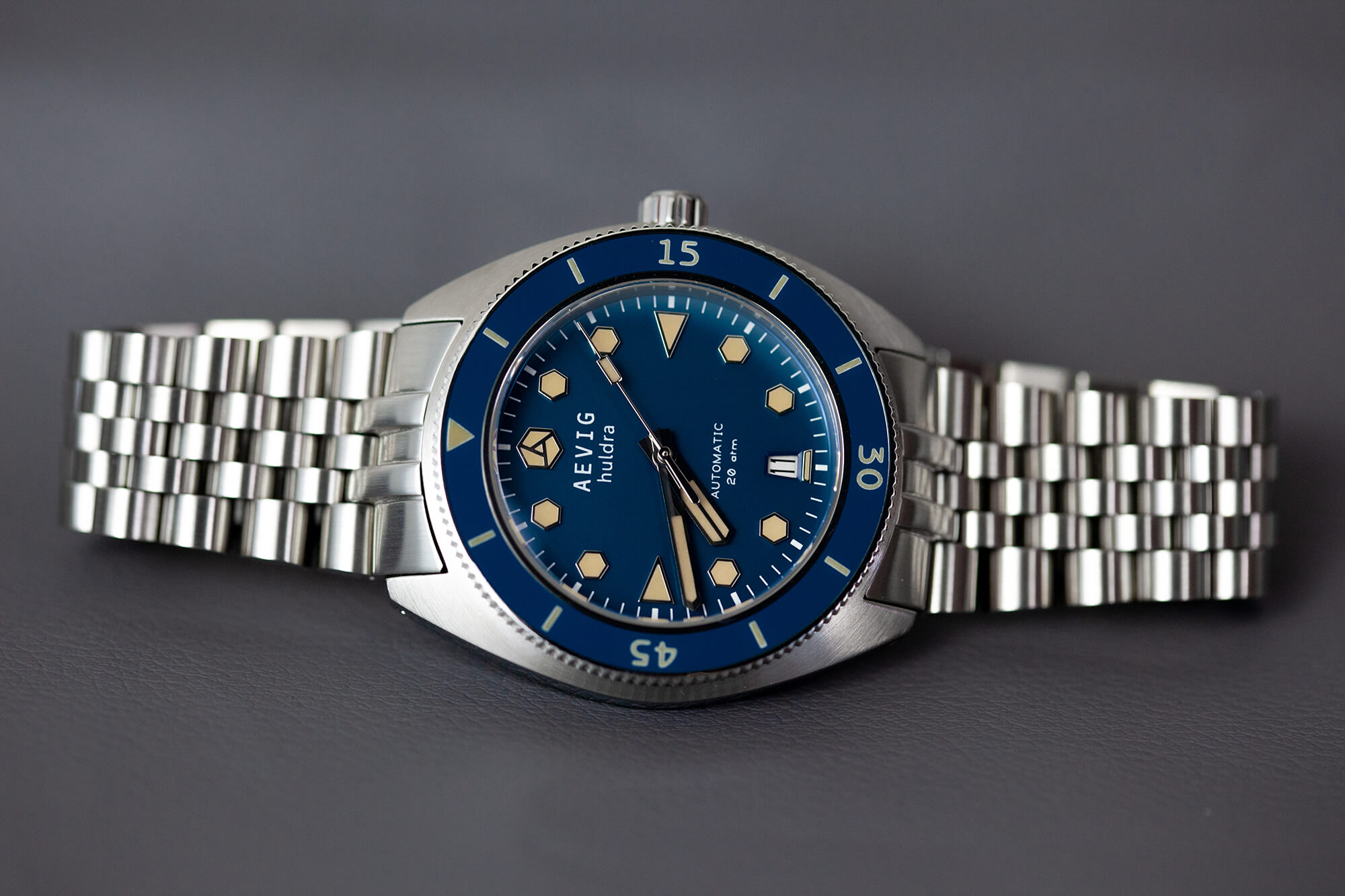 Paired with an incredibly comfortable bracelet, it’s a sporty, solidly constructed piece that treads a careful line between the usual tiny divers with vintage origins and the machismo-laced, larger models of today.

Inside is the Miyota 9015 automatic movement which is at the cheaper end of the spectrum of third-party movements. But then, nowadays automatic movements are much of a muchness, with the only real difference being the finishing. Given that the Huldra, like any true diver, has a solid caseback – nicely finished with Aevig’s hexagonal logo once again – why pay more for something you’re not going to see? The use of a Miyota has a lot to say about why the Huldra is such an exceptional value proposition.

And exceptional it is. Retro without being cliché, solid without being over the top and colourful without being ostentatious, it’s one of the most well-balanced vintage-inspired divers I’ve worn recently – at any price range. The 5 Best Automatic Watches Under £500