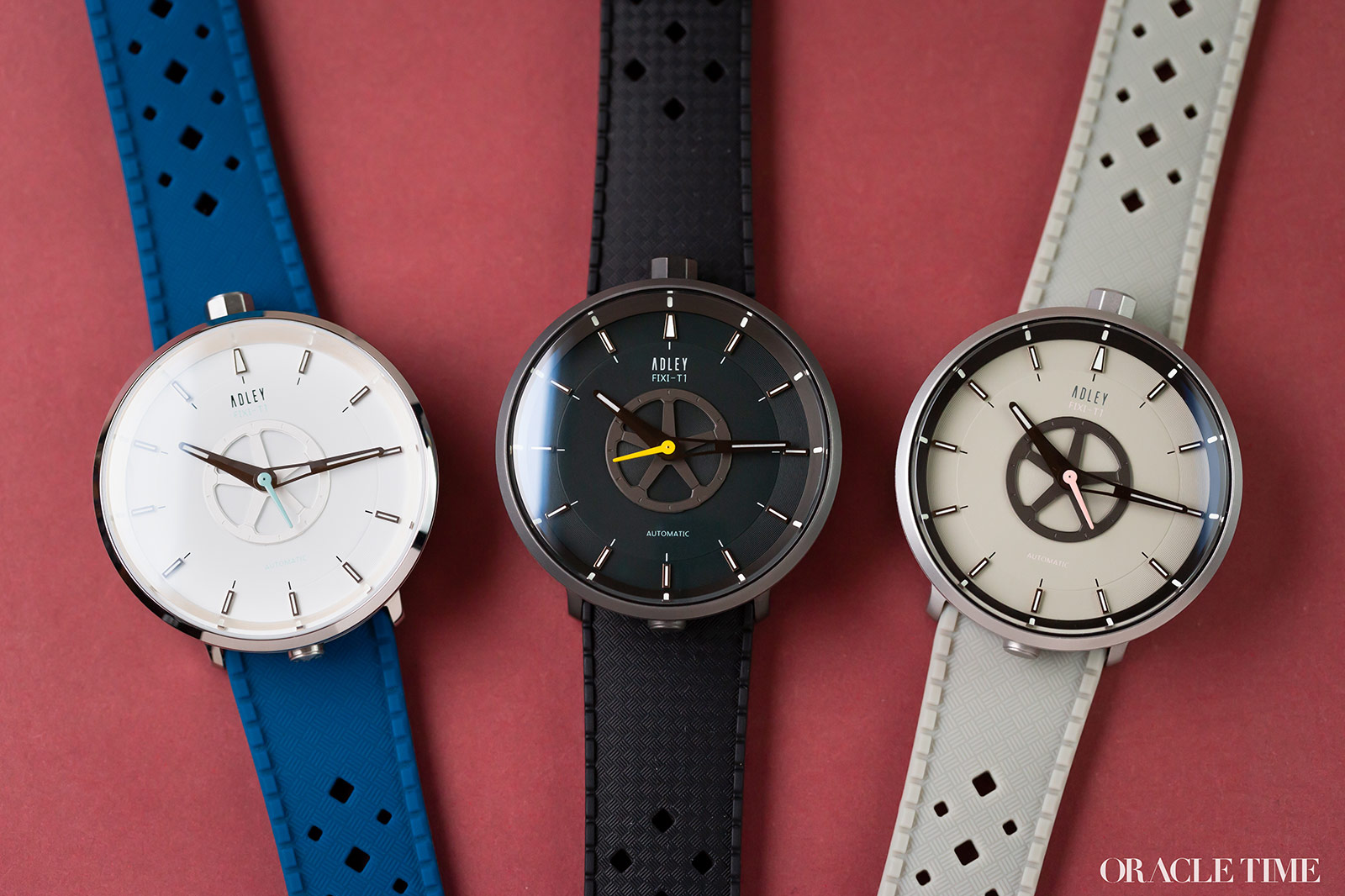 Adley are a new British microbrand bursting onto the scene with their first watch release, the FIXI-T1. Like all good microbrands, Adley comes with a unique story and a specialist design niche. Specifically, the FIXI-T1 is inspired by fixed-gear bikes and is available in three designs.

Picking the watches up, at first glance you’d almost miss the bike inspiration, it’s surprisingly subtle across the face of the watch. Then again, I’m no expert in fixed-gear bikes. A quick research tells me that a fixed-gear bike, or ‘Fixie’ is a style of bicycle that has no gears and no freewheel mechanism – they’re also the type of bike used in velodrome racing.

If you want a fixed-gear bike to move you have to pedal, there’s no sitting back and coasting down the hill. It forces you to engage with the mechanics of cycling in its purest form, in the same way that a mechanical wristwatch is the purest form of horology. 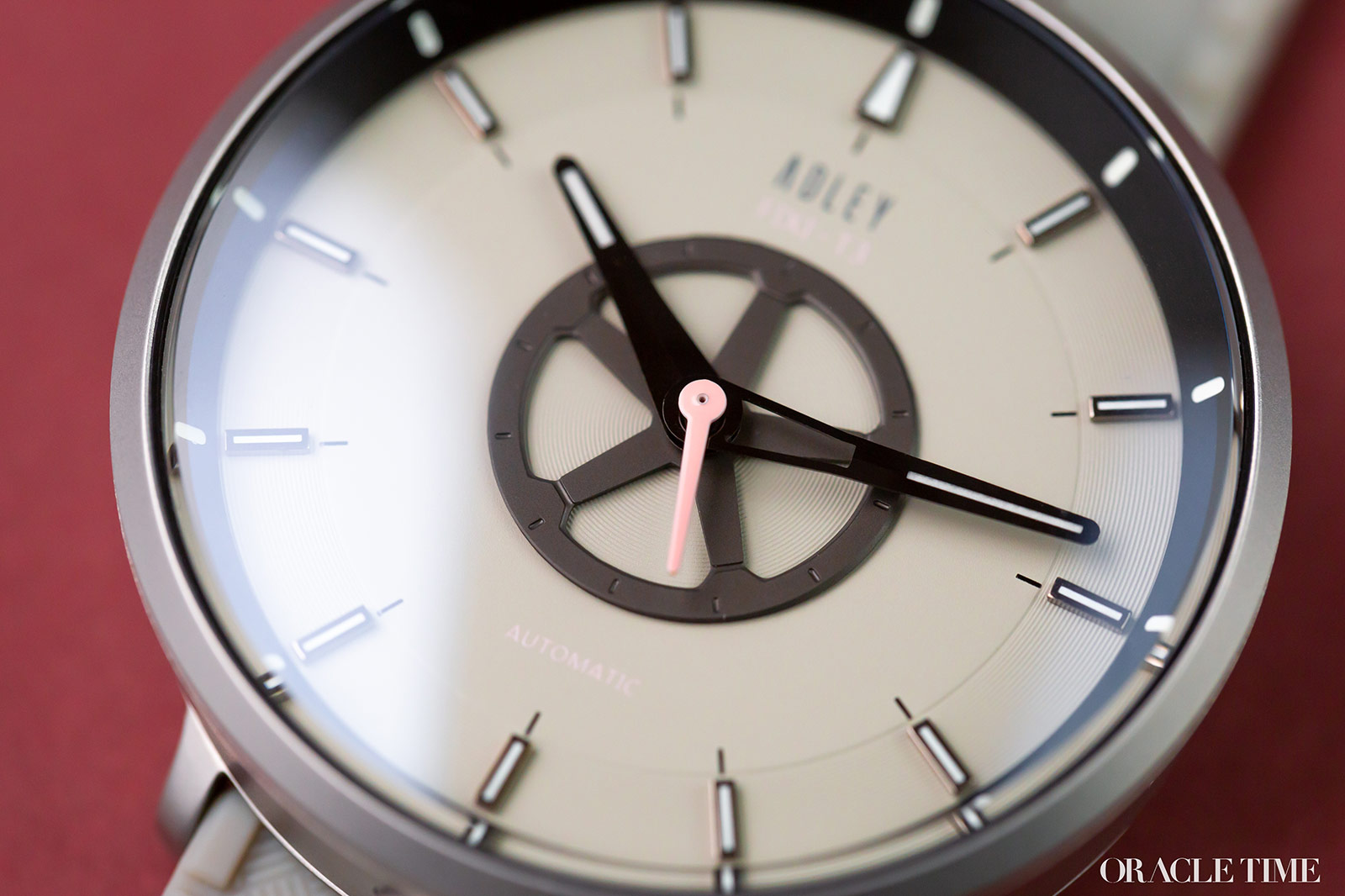 What this means for the FIXI-T1 is that the dial is based on the spokes of a bicycle wheel. Its thin hour markers reach from the chapter ring through to the inner portion of the dial. In the centre is a circular motif akin to the singular fixed-gear of a fixie. 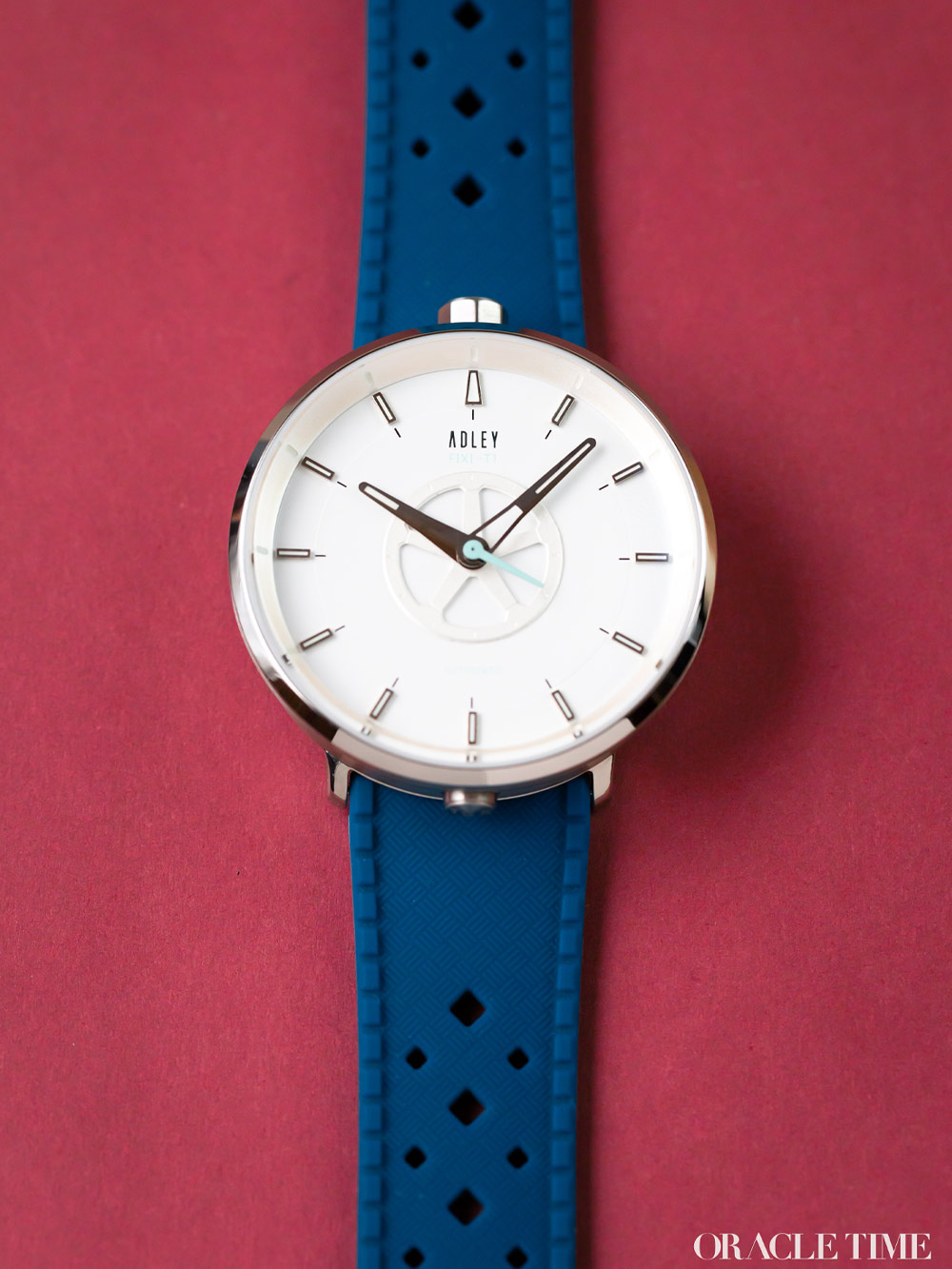 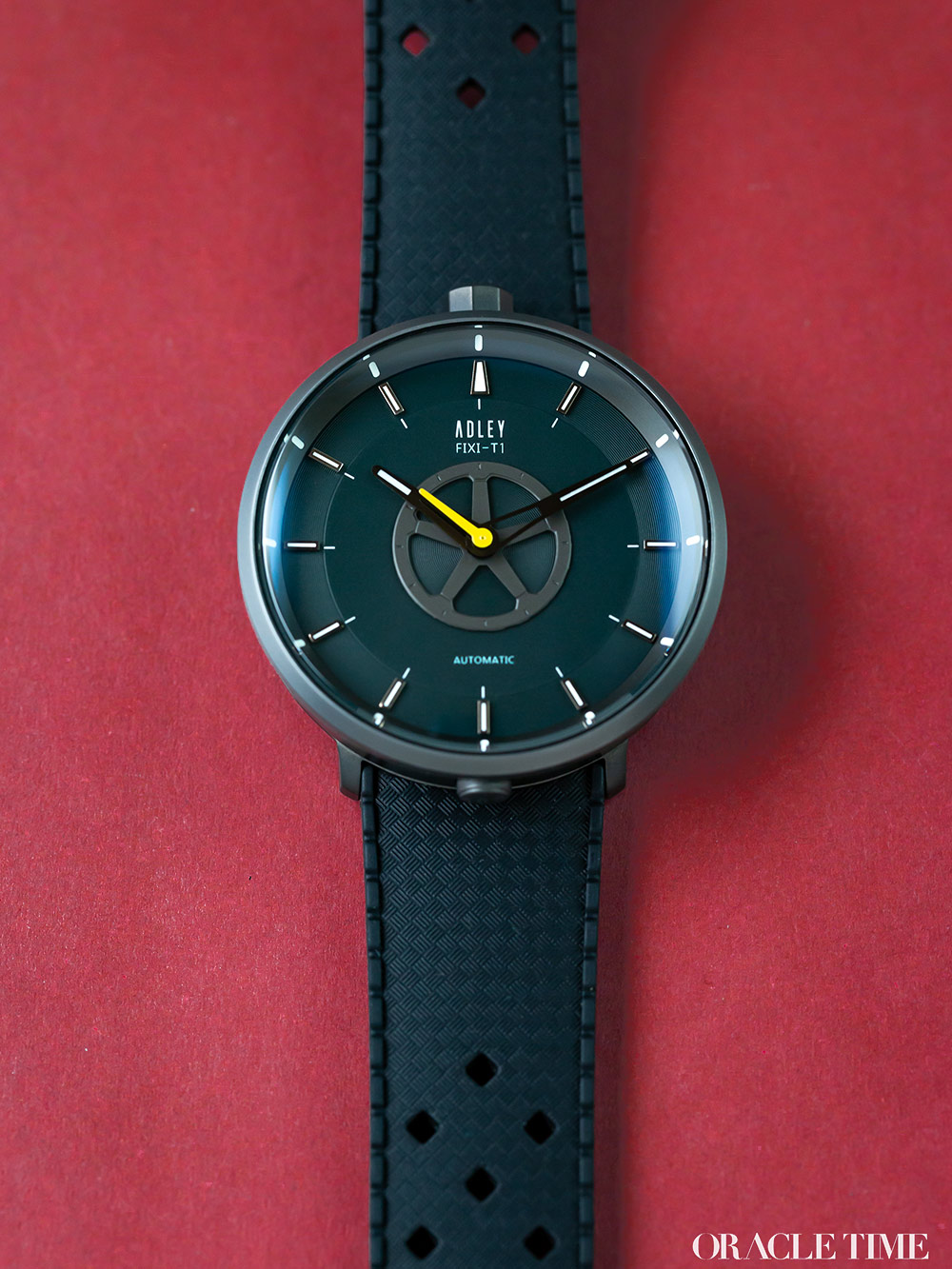 There are three colourways available, Champion White, Midnight Black and Twilight Grey, each offering a stylish reinterpretation of the core design. The Midnight Black is particularly notable because not only does it introduce a stealthy dial but it also features a black DLC coating on the case. Although the Champion White is also unique in that it has a polished bezel as opposed to the matte finish on the other two. 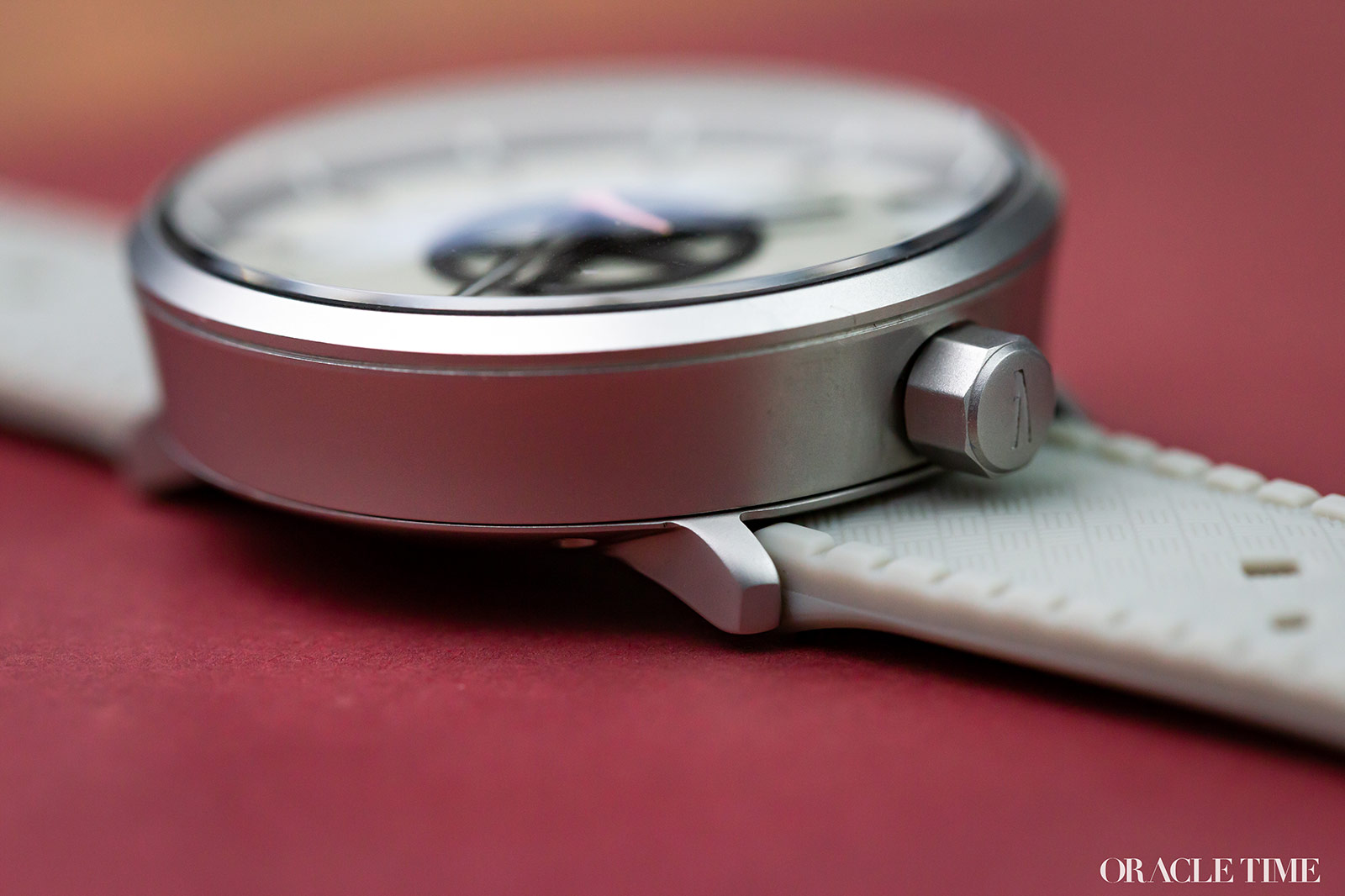 Speaking of bezels, let’s take a closer look at the case as a whole. The Adley FIXI-T1 has a 40mm diameter case made from stainless steel with a smooth, round design. It has high, slightly tapering sides that make it seem a lot thicker than its 13.6mm thickness would suggest, it’s an intriguing shape to be sure. However, the most interesting structural element is the fact that the crown is located at 12 o’clock instead of the traditional position at 3 o’clock. 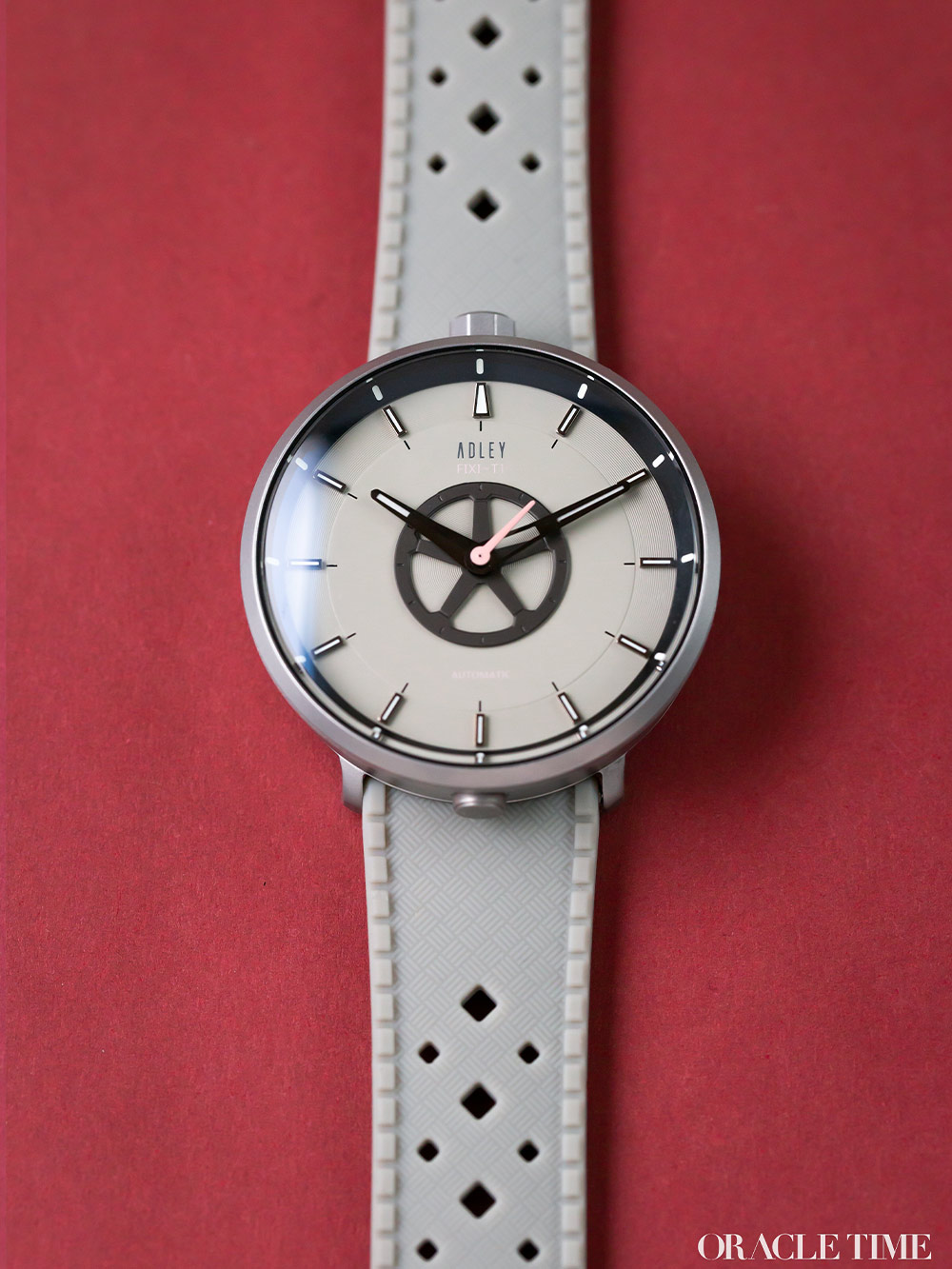 This is so that if you’re wearing the watch while riding a bike, the crown doesn’t dig into the back of your hand painfully (strapping it on I can confirm that it achieves this). It’s a similar concept to that of the ZRC Grands Fonds 300, which has its crown at 6 o’clock to prevent mishaps in bomb defusal. Bombs and bikes might be very different activities but apparently, they require the same adaptation from your watch. Plus it gives the watch the sporty look of old timekeeping stopwatches. 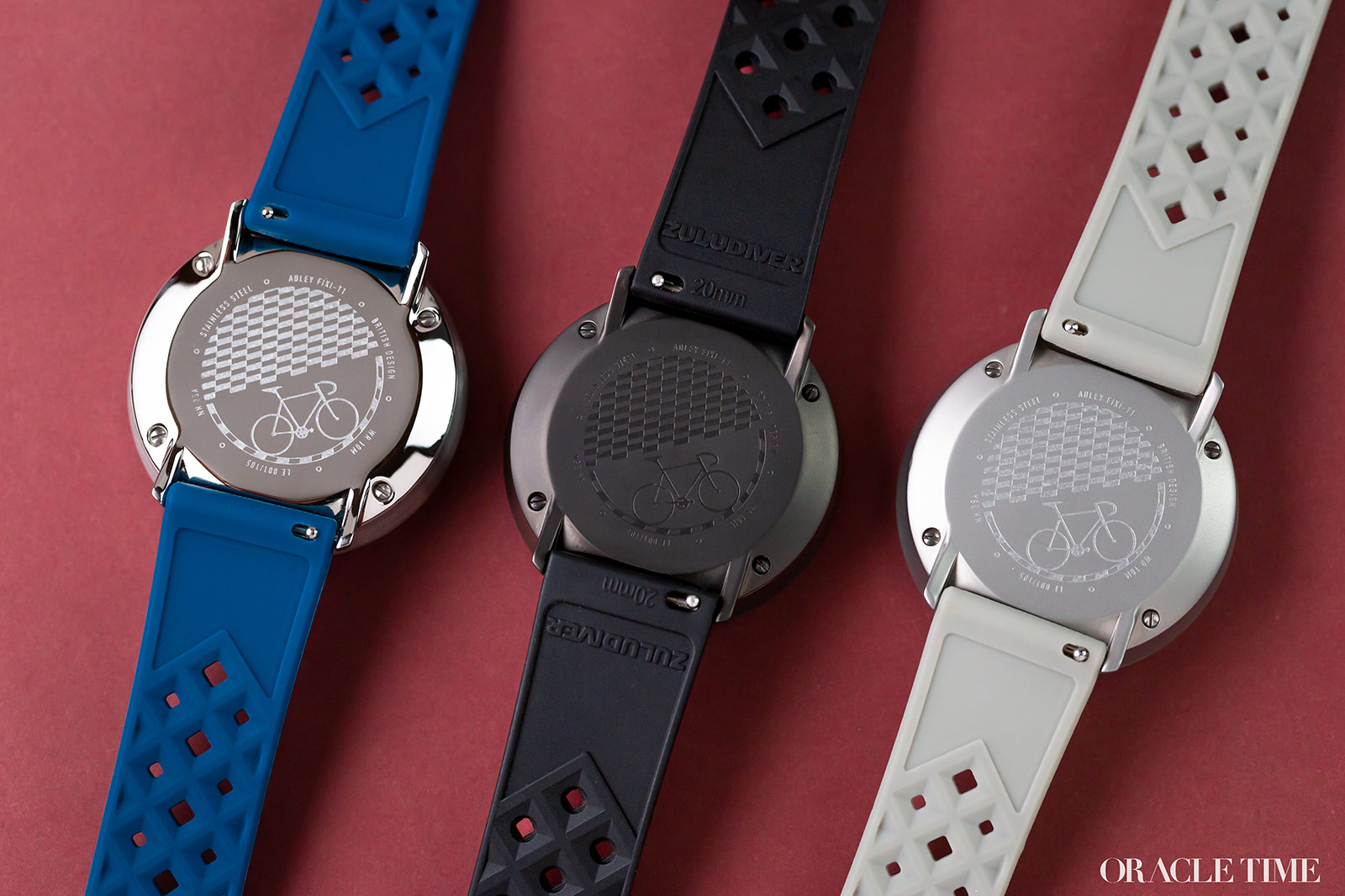 Under the surface is the Seiko NH35 automatic movement, a staple calibre in the world of microbrands. But the fact that it’s common does nothing to detract from its decent 41-hour power reserve, great accessibility and its ease of repair in the event something goes wrong. The movement is hidden behind a solid caseback bearing a decorative depiction of a bike.

The Adley FIXI-T1 will be available to buy through a Kickstarter project at a price of £350, with the first 100 customers receiving a super early bird discount, making the price £270. Included in the package is a presentation box, vinyl travel wallet, microfibre watch pouch, warranty card and two watch straps. You can sign up for notifications on the project through Adley’s website or directly through Kickstarter. And you’ll do well to keep an eye on it – the FIXI-T1 is characterful, quirky and a great piece of watchmaking.

More details at Adley Watches and on Kickstarter.