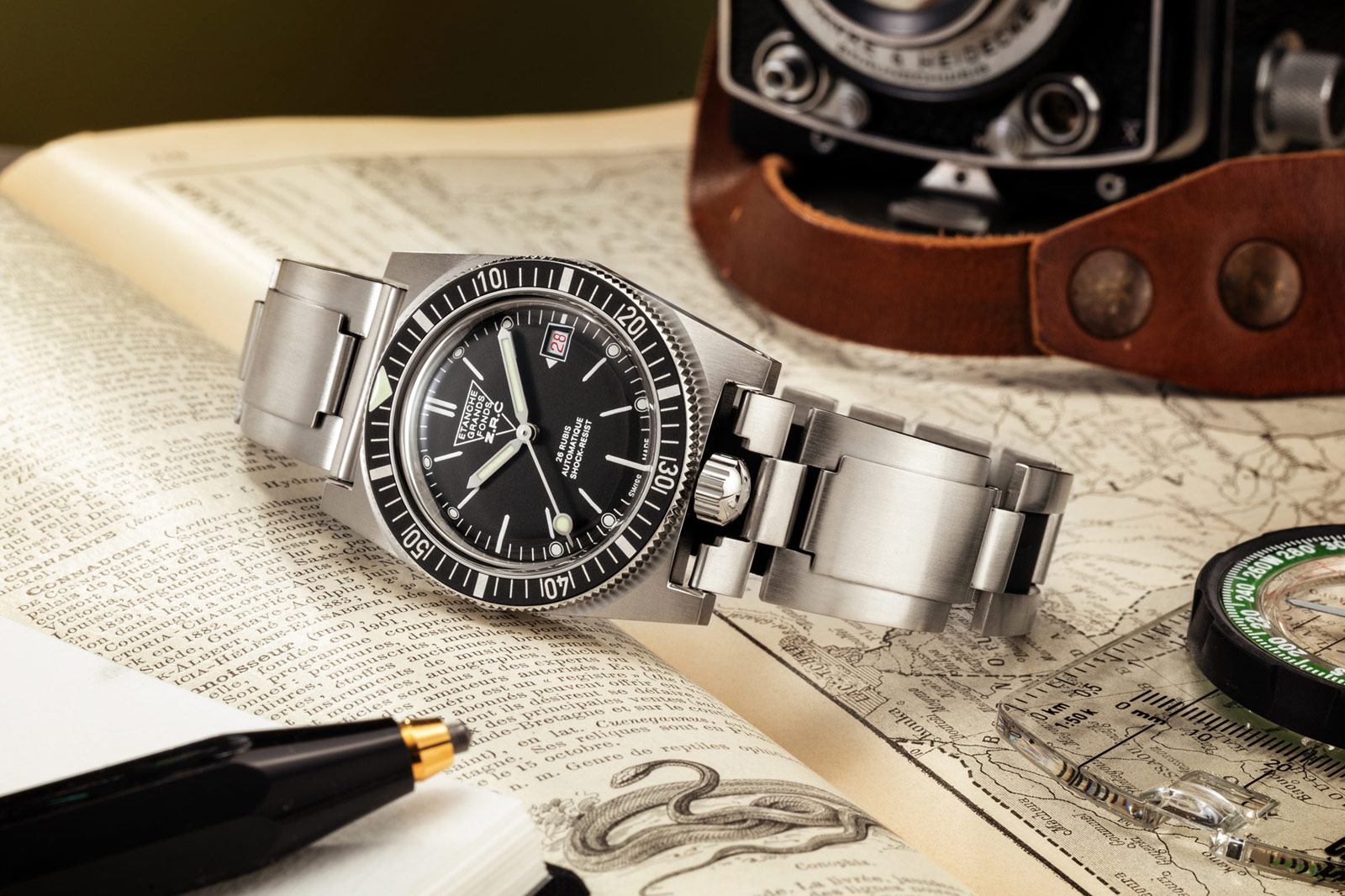 The French have always known that form is just as important as function, even in military circles. So, it’s little surprise that over the years the Marine Nationale have worked with the very best watchmakers to create military spec dive watches. The 1950s and 60s were full of dive watch innovations and the French Navy were quick to snap up models like the Tudor Oyster Prince Submariner and ZRC Grands Fonds 300. It’s the latter that takes our interest today, following the retro-revival launch of the ZRC Grand Fonds 300 1964 French Navy Reissue. 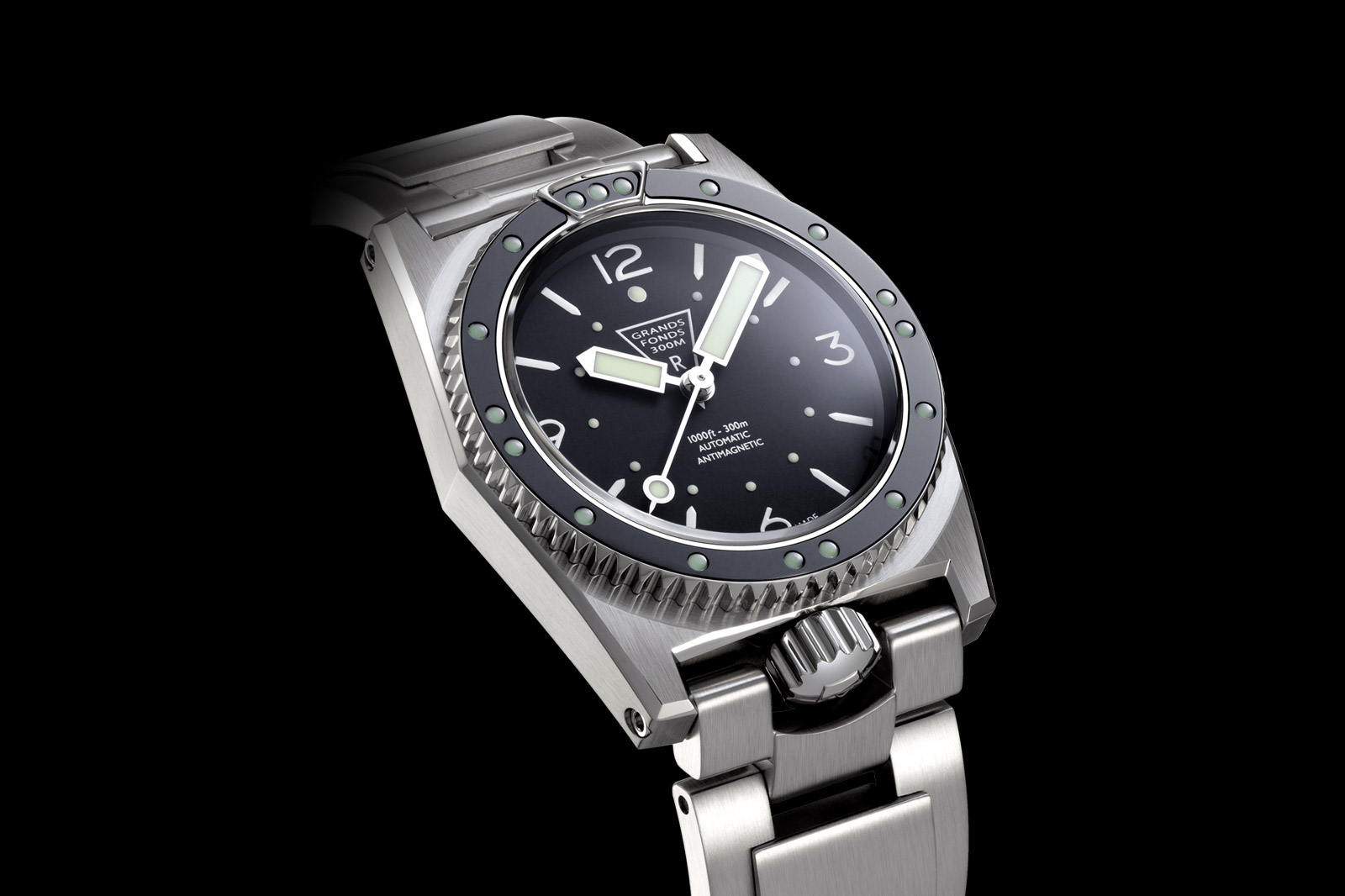 Looking all the way back to the start of the relationship between ZRC and the Marine Nationale, you can see that it was a close one. In 1960, when the navy was considering adopting the Grands Fonds 300, they had some design queries that they brought to the watchmaker. First and foremost among the elements at issue was the positioning of the crown, which was in the normal position at three o’clock. 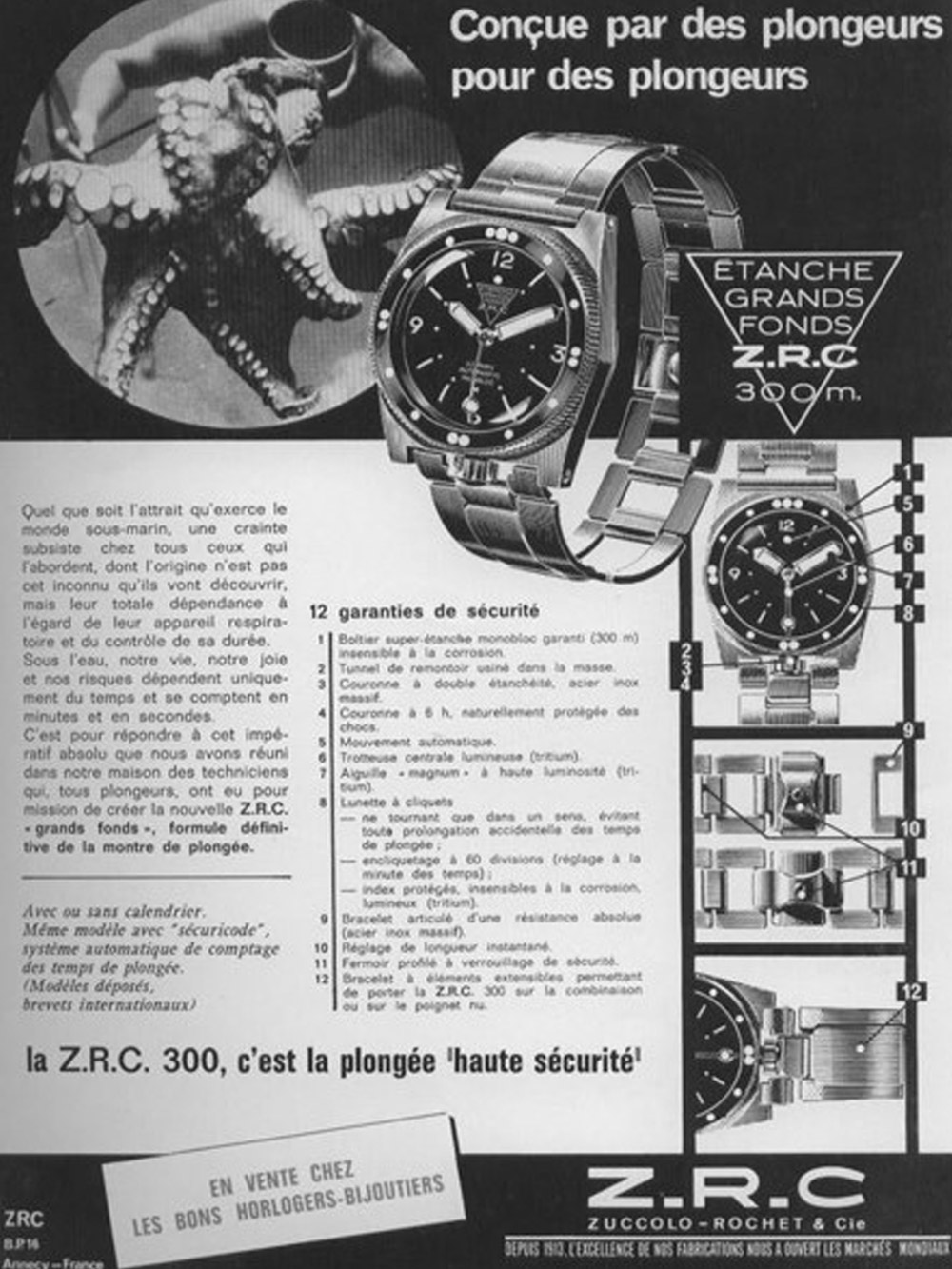 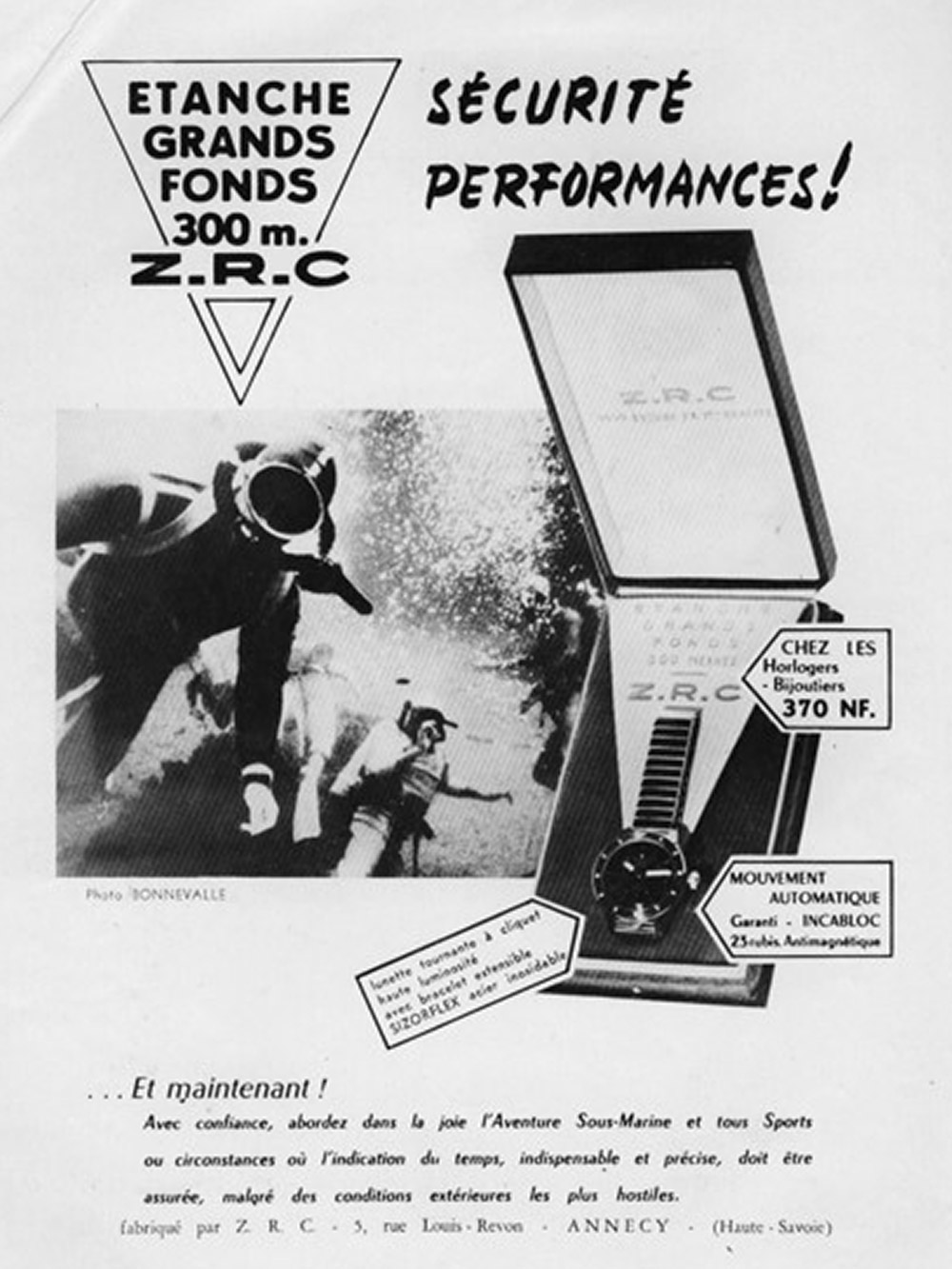 Considering that practically every dive watch in existence has their crowns at three, you might wonder why the norm was an issue in this instance. Well, the Grands Fonds 300 wasn’t going to be just your run of the mill Navy diver, it had the specialised task of working with the Toulon Mine Clearance Divers. To say that complete dexterity of wrist action with zero obstructions was essential is an understatement. A pronounced crown sitting forwards on the wrist is a serious security and safety risk. 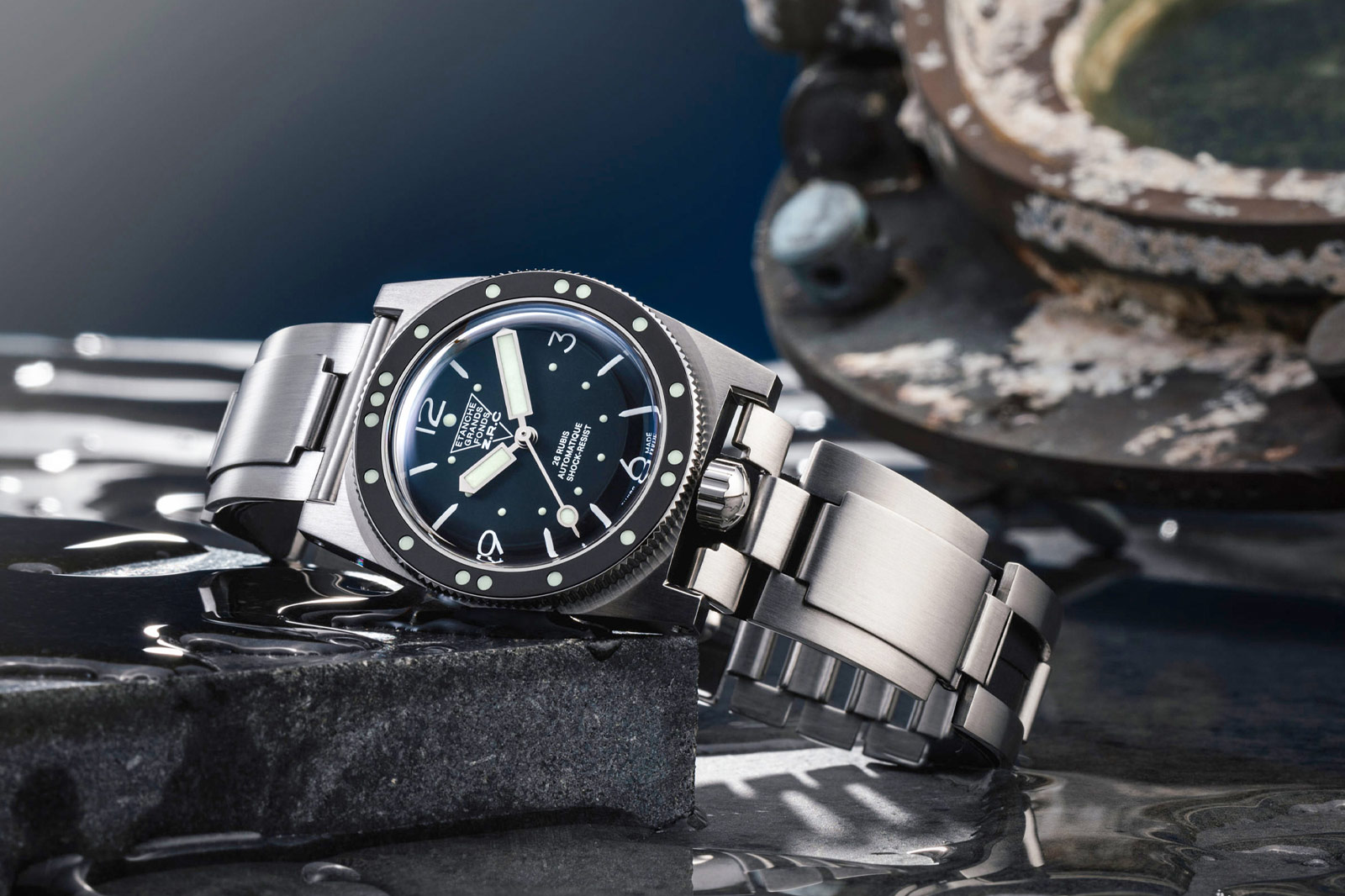 The solution was rapidly found and by 1964 the Grands Fonds 300 was ready for military use. Specifically, ZRC moved the crown to the six o’clock position, which means it no longer protrudes beyond the wrist and is contained within space of the bracelet. Additionally, it was produced with an exclusive technique that uses a single block of steel, making the Grands Fonds 300 the first truly monobloc wristwatch. 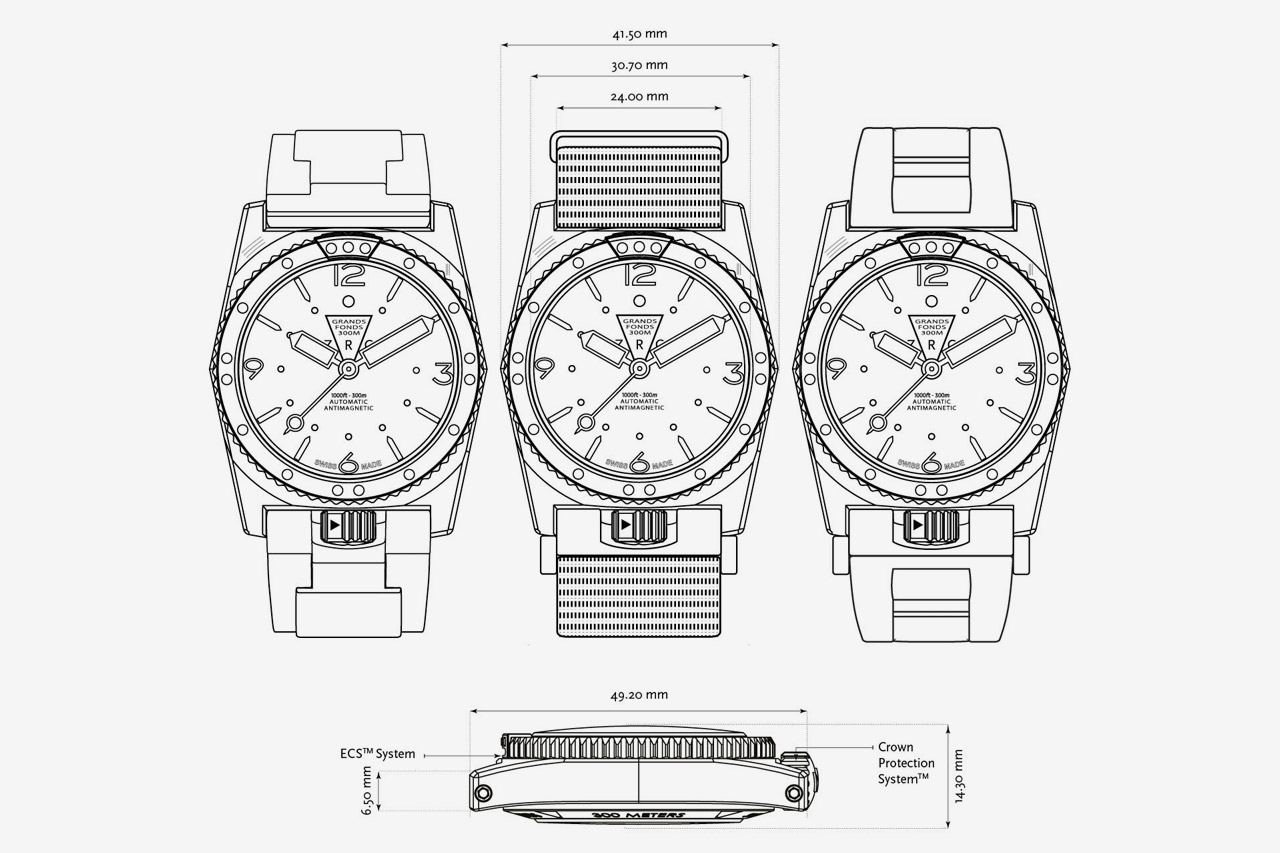 In 1970 the design underwent further development making it the chosen watch of the Paris fire service, French water sport athletes, and several forces within the French Navy including the Diving School, Mine Clearance Divers, and Commando Hubert. Primarily the updates centred on the bracelet and lugs, making it impossible to unlock the crown while wearing the watch and consequently protecting it from accidental water damage, and ensuring its 300m water resistance.

Jumping forwards a few decades, ZRC has created the 1964 Navy Re-Issue, a modern take on their classic Grands Fonds 300 that was completely revamped in 2021. It retains everything that made the Grands Fonds 300 a staple of the military for over 30 years, such as the sleek 41.5mm diameter case in nonmagnetic stainless steel with sharply angled sides. 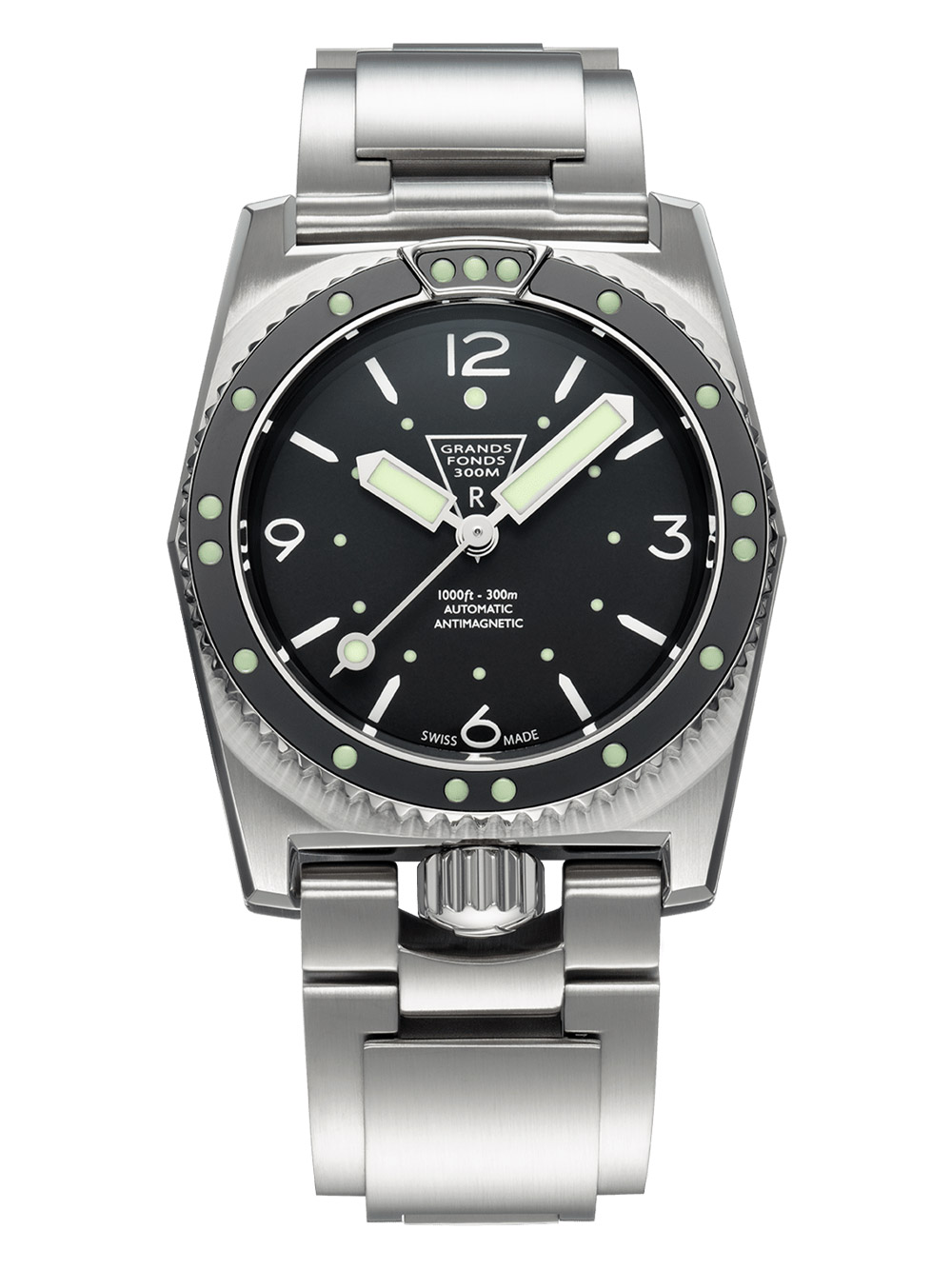 Modern additions include an updated unidirectional rotating bezel that now has a ceramic insert and ECSTM System. ECSTM translates to the slightly less glamorous ‘Easy Clean System’. It might not sound sexy but it protects your watch from water and salt damage by cleaning the inside of the bezel when you rinse it after use. Increasing the longevity of your watch.

It’s a fitting tribute to one of the most intriguing specialist dive watches to have ever been produced. The unique position of the crown combined with the legible dial and good looks make it a worthy rival any other Marine Nationale branded watch on the market.