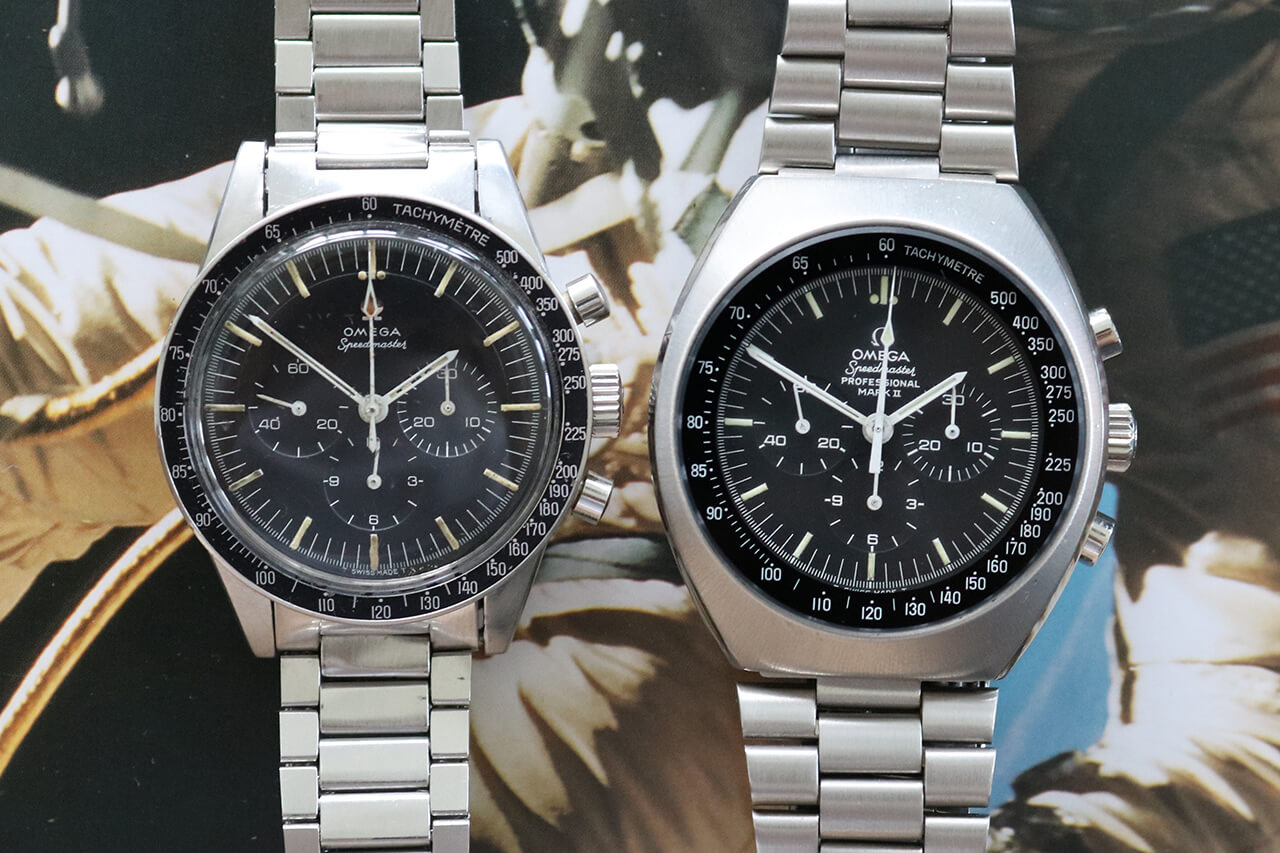 Few wristwatches enjoy a legacy like Omega’s Speedmaster. Its time on the wrists of Apollo 11’s crew during the first mission to the moon in 1969 cemented the now legendary ‘Speedy’ as one of history’s most beloved chronographs. Hand-picked by NASA for its functional prowess and durability in an airless environment, the Speedmaster rapidly transcended from an aerospace tool to a design classic.

Since its extra-terrestrial voyage, the design of Omega’s Moonwatch remains largely untouched. Even the most recent renditions are intimately and defiantly tied to the timeless makeup of the original. Its complexities are almost mesmerising – with piercing white hands and accents standing before a rich black dial, surrounded by its signature tachymeter ring. It’s a formula that will likely never change; it doesn’t have to. Nonetheless Omega has made ambitious attempts to diversify the Speedmaster range, most notably through the arrival of the Mark II Speedmaster shortly following 1969’s first lunar mission. 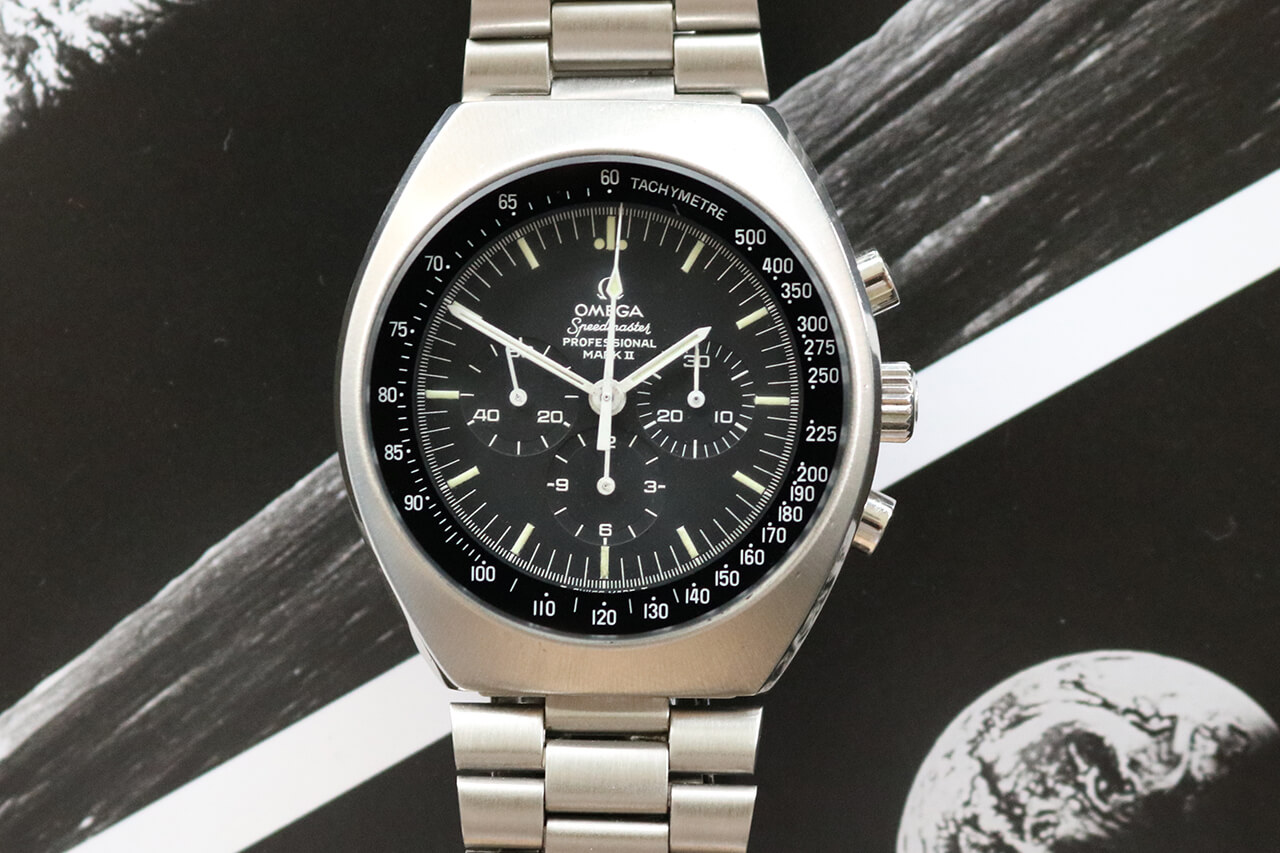 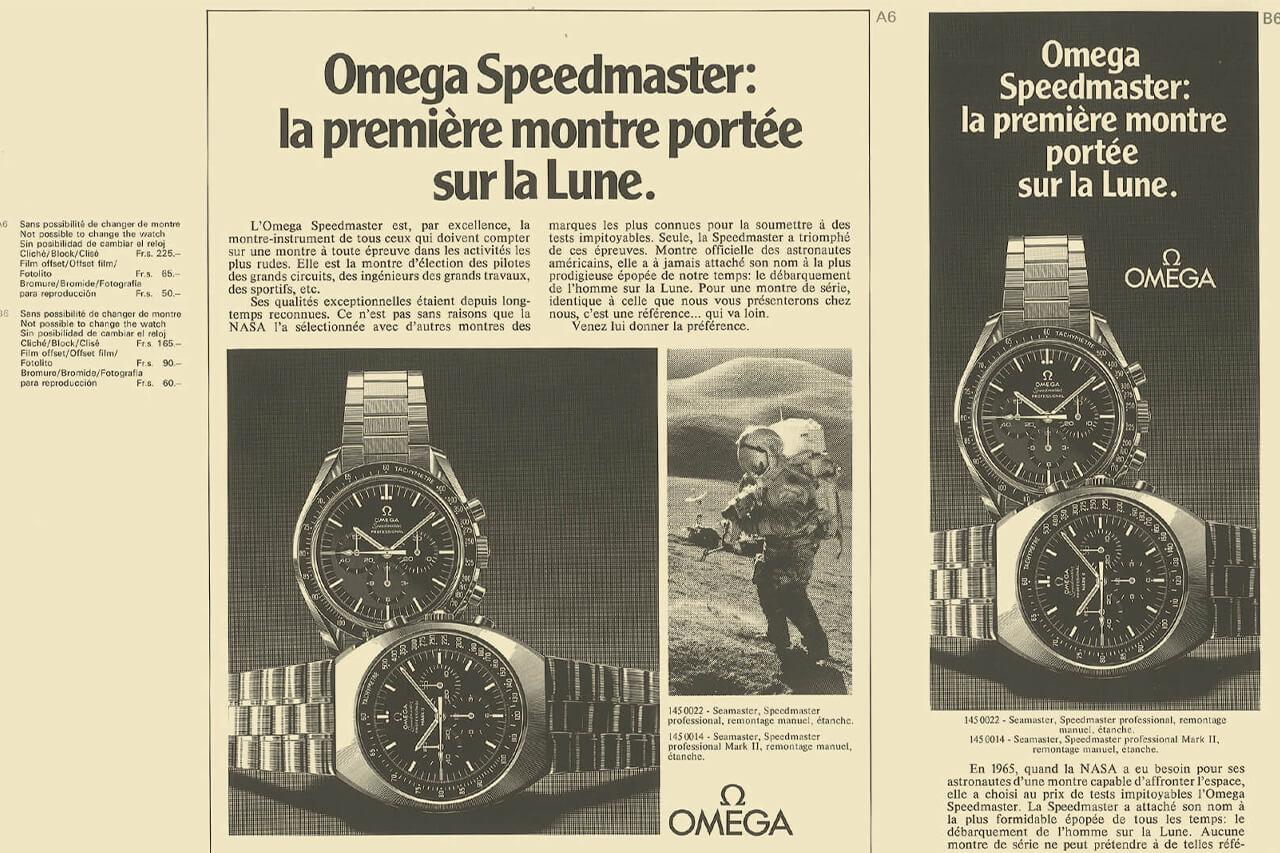 On paper, this second coming of the Speedmaster is a superior tool for aerospace activity. Its bulbous, barrel-shaped cased houses an almost-identical monochrome dial with three signature subdials shielded by a flat crystal. The tachymeter ring is displayed internally, beneath the glass. 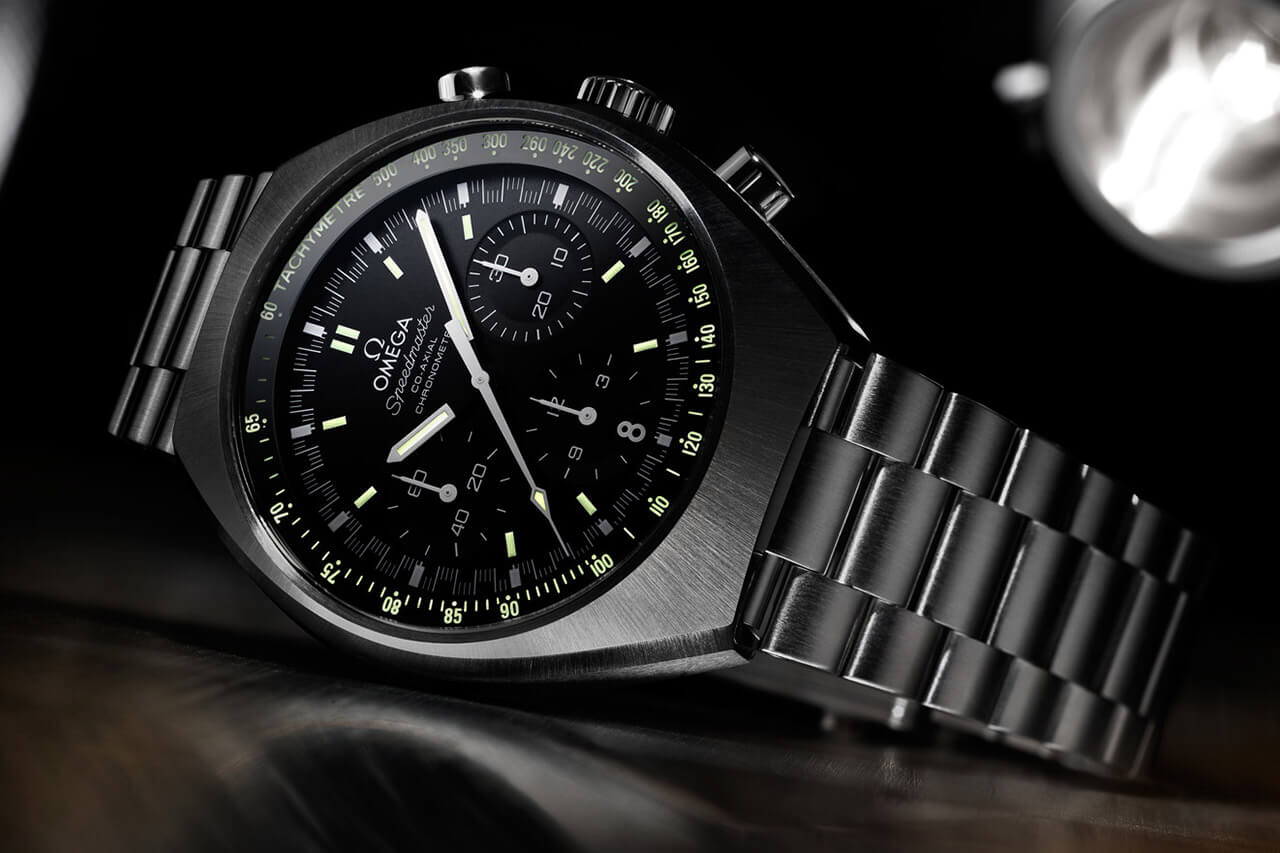 Production of the Mark II Speedmaster ceased in 1972, giving way promptly to the Mark III. Despite its noticeably short lifespan in the Omega catalogue, this chronograph would be fondly remembered by those who admired its brilliance in its day. Following Omega’s growing awareness of its cult classic status among collectors, Baselworld would see the Mark II earning its modern re-issue in 2014 through the Ref. 327.10.43.50.01.001. With many of its differences lying internally (notably its co-axial calibre 3330 automatic movement), the Mark II’s update is nicely faithful to the original.

The market for vintage sports watches is surging exponentially, therefore the Mark II Speedmaster will forever sail closely behind the explosive demand for the original Moonwatch. Yet, irrespective of the shadow cast by its predecessor, the Mark II’s star has quietly risen to icon status among collectors who seek a different flavour of functionality. While original models still remain attractively priced, there may never be a better time to invest in one of watchmaking’s true unsung heroes.