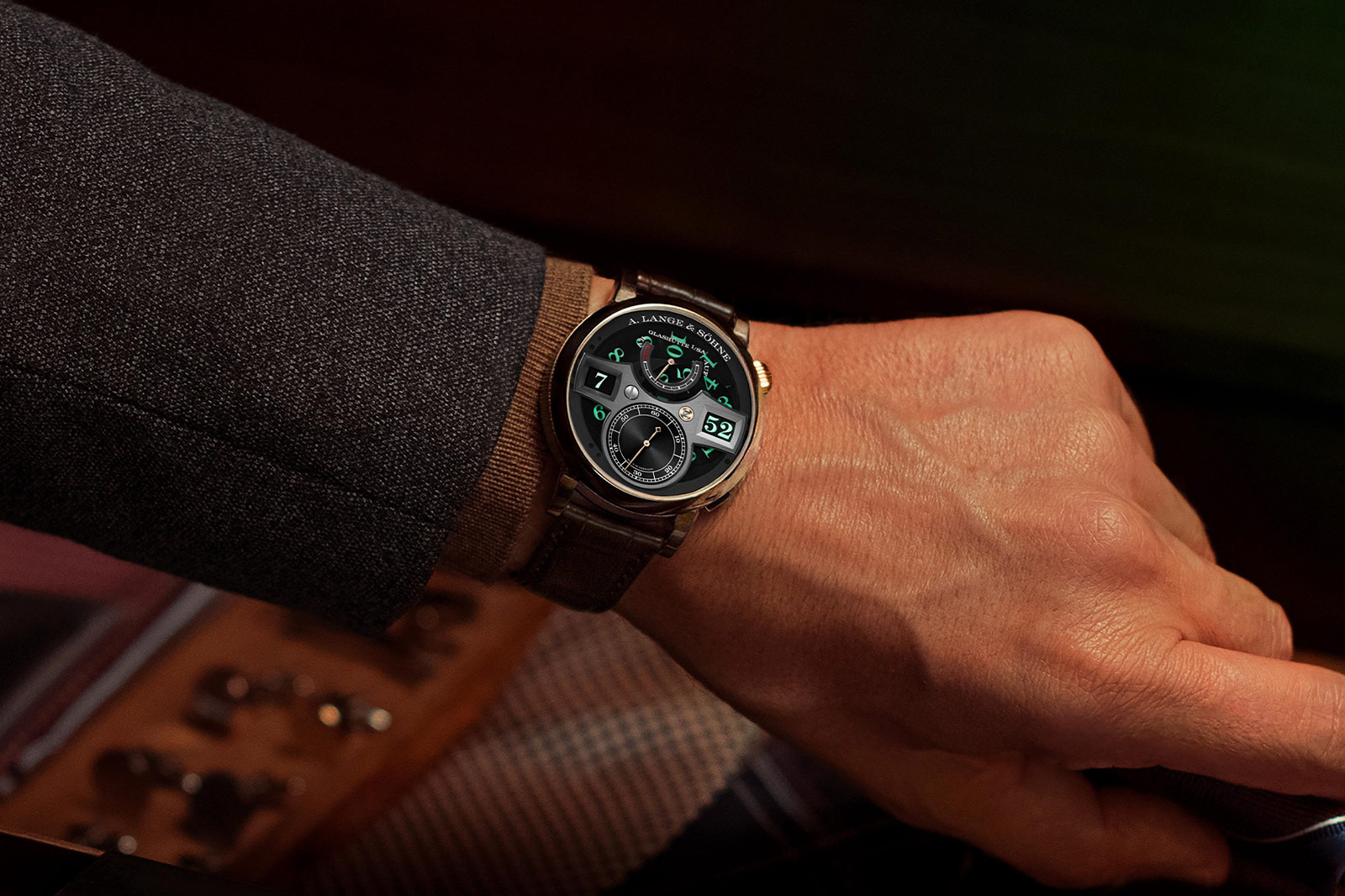 Finally, it’s here, the latest in A. Lange & Söhne’s incredibly cool Lumen collection, a range of pieces defined by their semi-transparent dials and copious amount of lumed markers. It’s the glow-centric sub-collection that other luminescent-inclined watchmakers aspire to, and it’s been overdue another entry into its ghostly canon. But that’s not all. Along with the lume, Lange has incorporated their unusual Honeygold, a metal rarely seen even in their extended collection. And here’s the kicker: it’s a Zeitwerk. Yep, it’s a stunner. This is the ZEITWERK HONEYGOLD “Lumen”.

The base Zeitwerk is arguably the coolest Lange out there. With its digital hours and minutes built using a trio of jumping discs (one for hours, one each for the two minutes digits) and the domineering curved time bridge in the dead centre of the dial, it’s the watchmaker’s most modern piece, too. 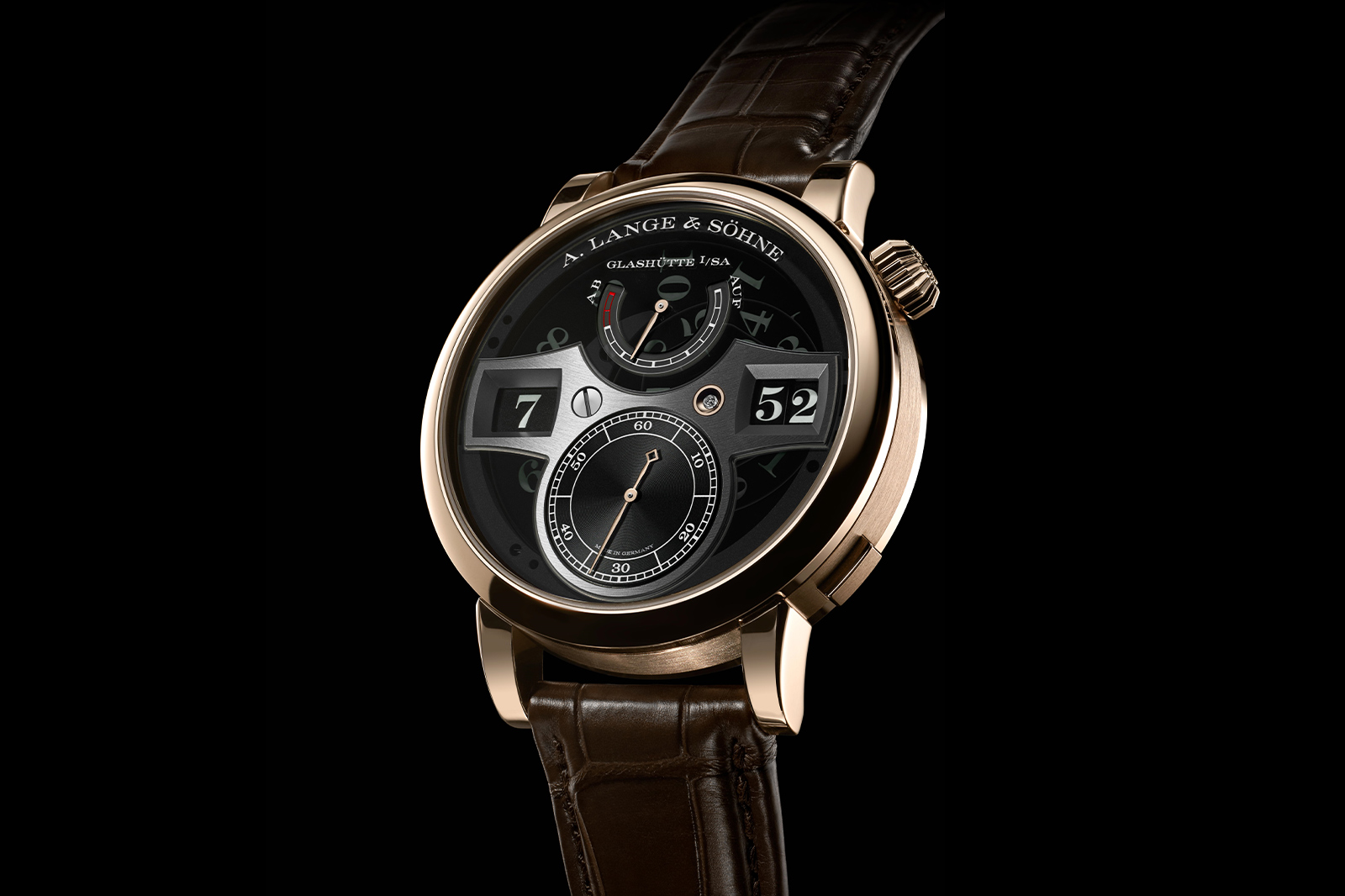 In this instance, the 41.9mm case is made from Honeygold, which is a touch more involved than just some colour-shifted alloy. It is that in part of course, with a slightly warmer colouring than most, hence the honey moniker. But it’s also gone through thermal treatment to harden it up, making it more practical than most golds. The flipside is that it’s harder to make, limiting production on Honeygold models across Lange’s collection. It’s worth the tradeoff. 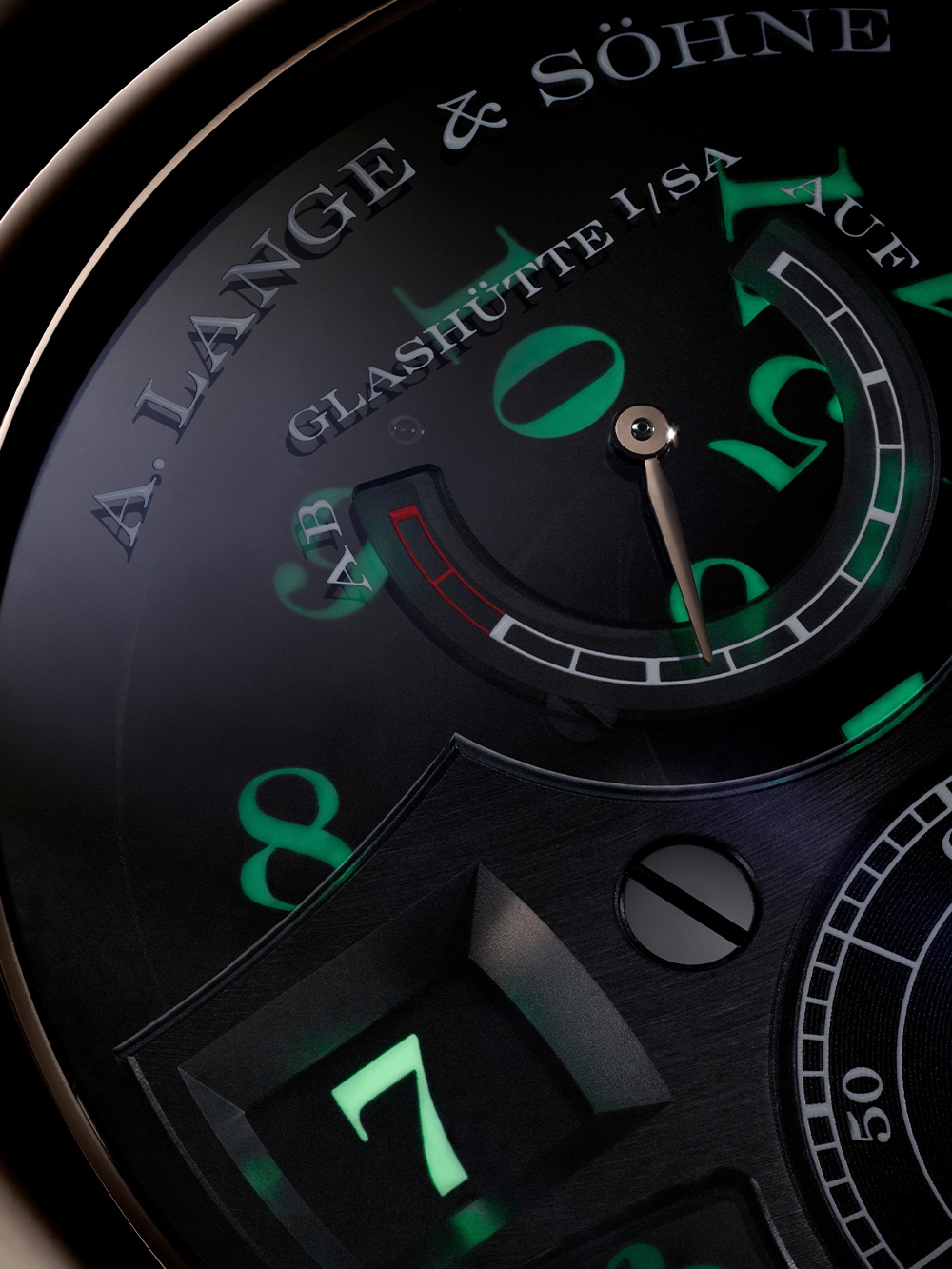 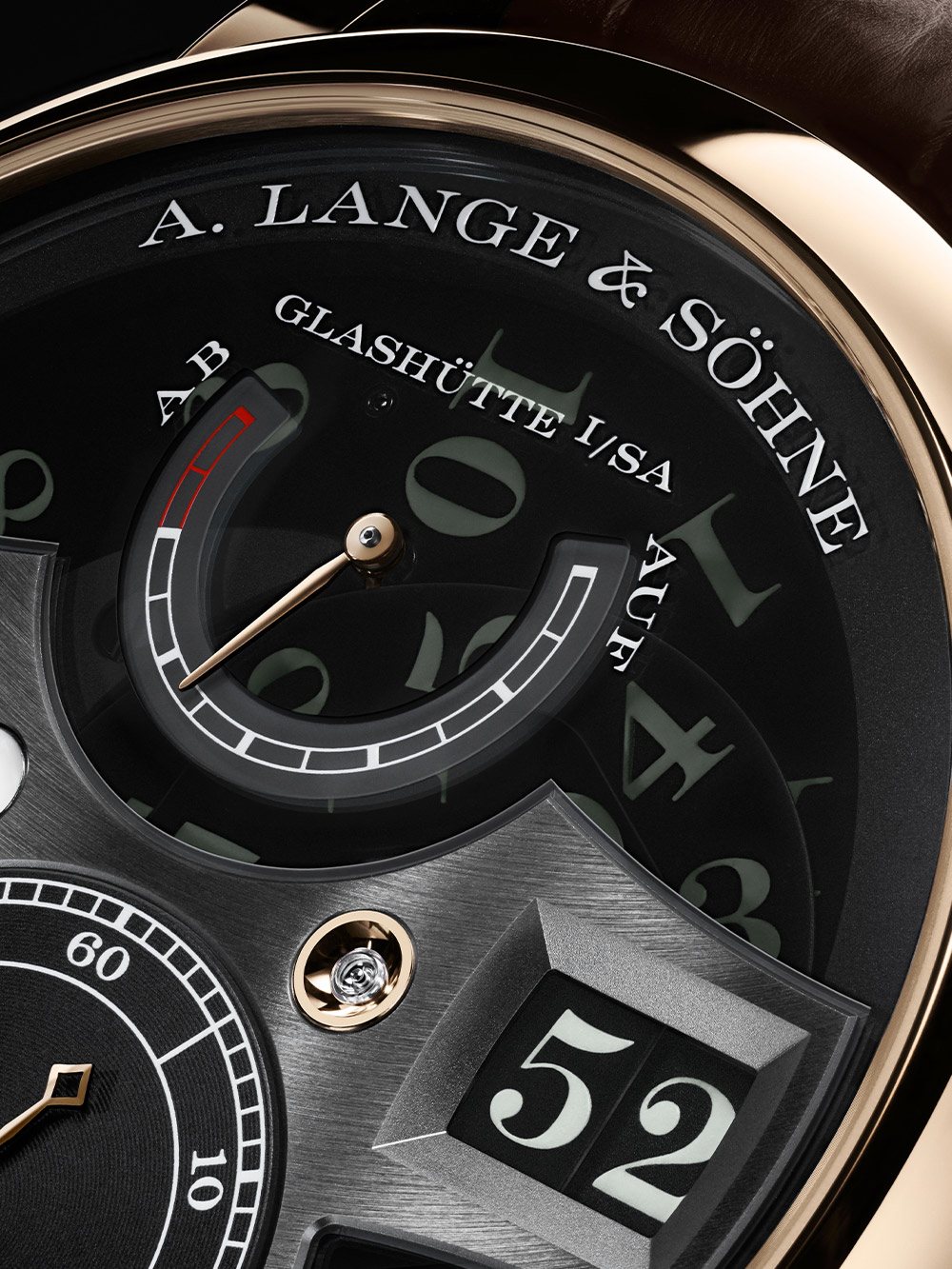 Finally, we get to the main event, the “Lumen” dial. In keeping with previous Lange models like the superb Datograph Up / Down Lumen, the dial is made from a coated sapphire crystal. During the day, it blocks out most of what you can see below, so it’s not truly openworked. It keeps things nice and readable while hinting at the complex disc system underneath. 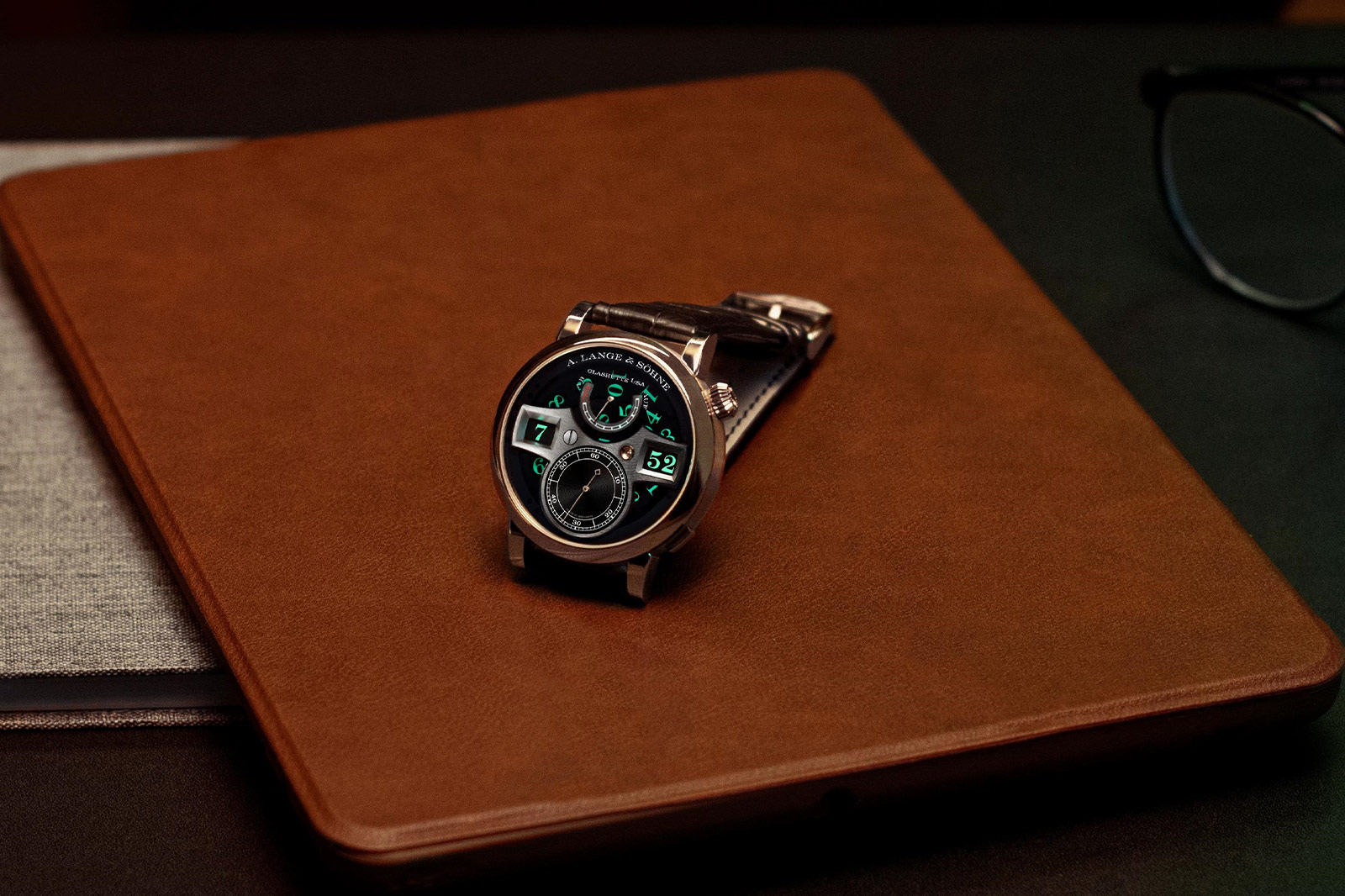 That coating however lets light through all the same, charging the lumed indexes even when they can’t be seen clearly. This in turn means that when the lights go down, the number jumble glows right through the usually darkened dial. It’s stunning. 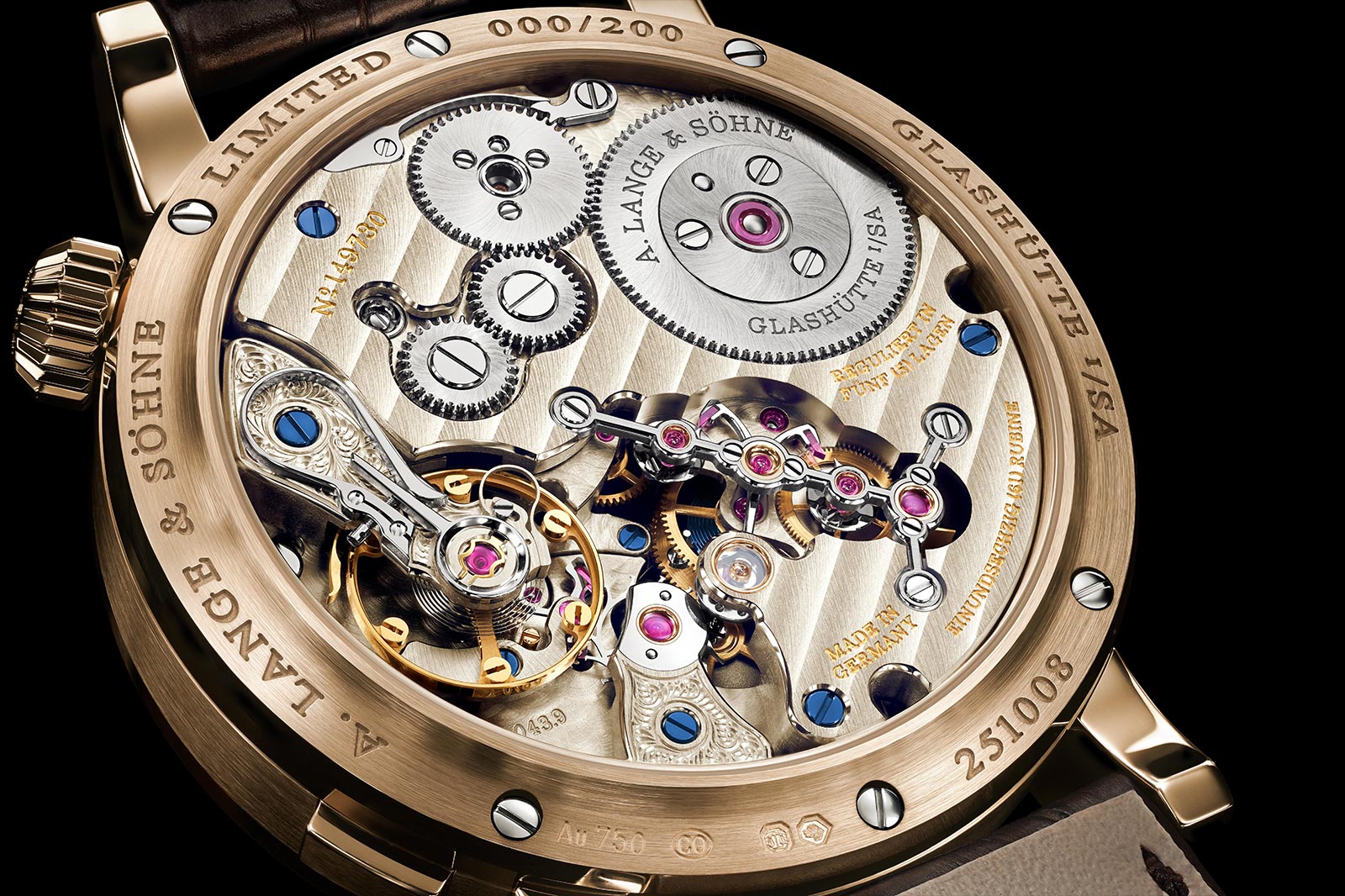 As if bringing Zeitwerk, Honeygold and Lumen together in one watch weren’t enough – and it most assuredly would be – Lange has also improved the movement inside. The L043.9 offers double the power reserve of its predecessor, upping it to 72-hours. It’s a serious quality of life change that feels overdue. Otherwise, the movement is as visually stunning as we’ve come to expect from Lange, with Glashutte stripes and painfully precise finishing.

If there was one watch purpose-built to get collectors frothing at the mouth, this is it. While I still prefer the look of the Datograph Up / Down Lumen, the triple threat of Zeitwork, Honeygold and luminescence makes it pretty irresistible. If you have a spare £110,000 lying around. Not that the price tag will stop all 200 – available exclusively from Lange boutiques – disappearing overnight.