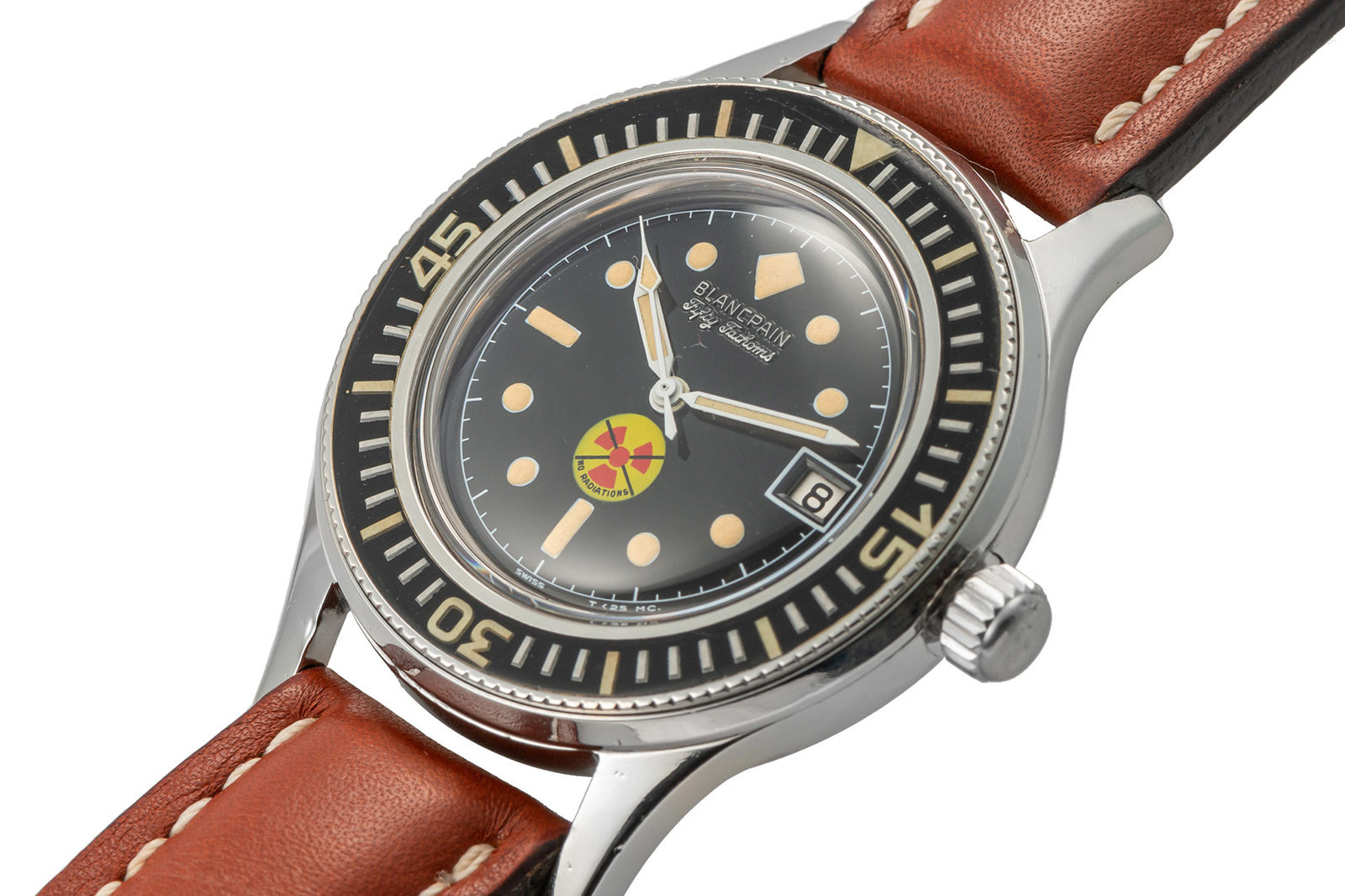 There are certain watches that pop up at auction time and time again. You know the ones I mean. Rolex Submariners, Patek Philippe Nautili, Audemars Piguet Royal Oaks and all the elite watches that collectors get hot and sweaty over. And while there’s plenty to get hot under the collar about the upcoming Antiquorum Geneva Watch Auction May 7-8, we want to highlight 5 intriguing and unconventional watches available that deserve your attention. 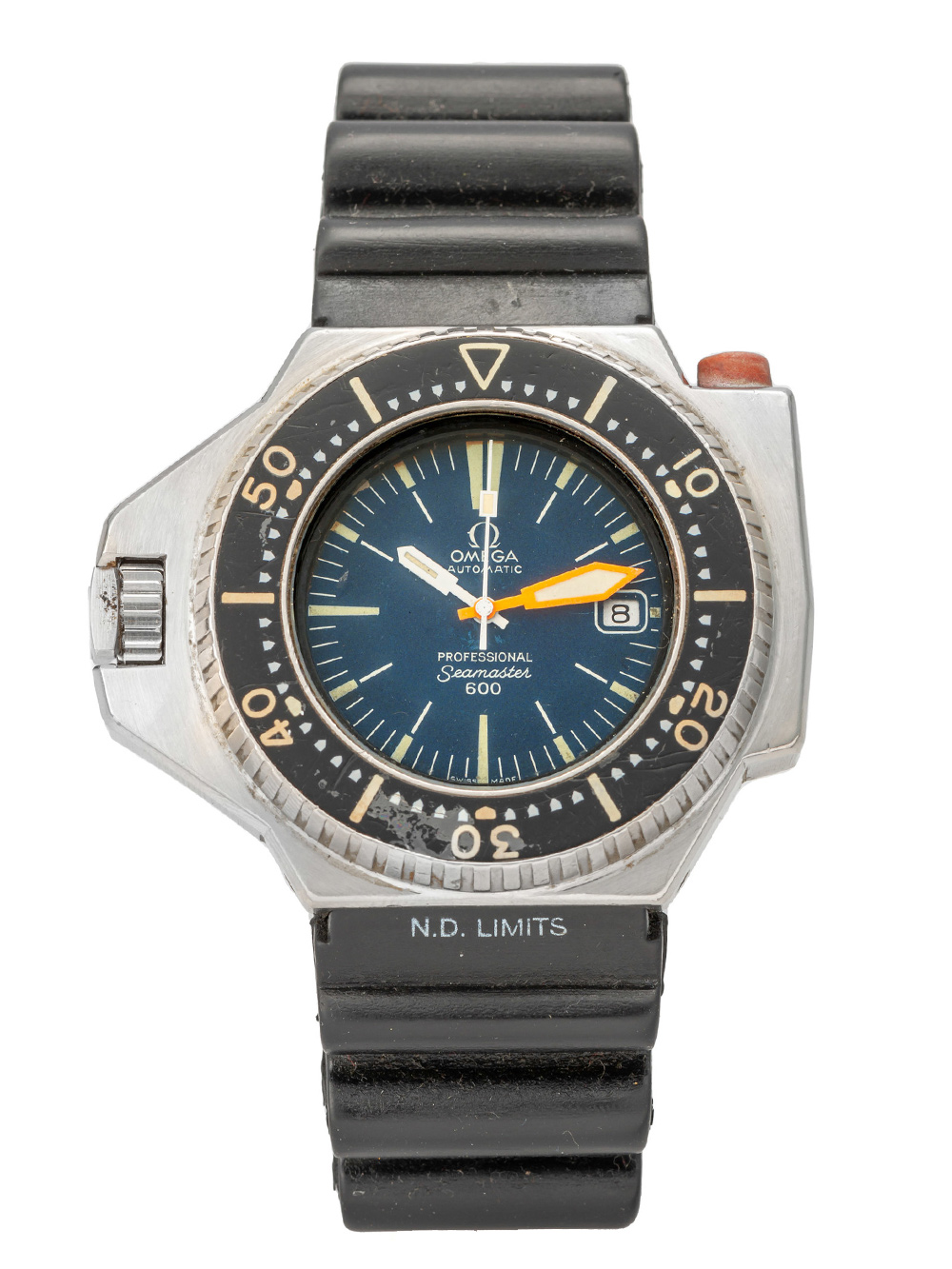 Omega’s Seamaster Ploprof is a professional diving watch that debuted in 1970, making this 1971 version a very early example of the model. It’s the 600 and features the key elements that make the Ploprof one of the most unique watches in the Omega range to this day. The thick crown guard on the left side and a security pusher at 2 o’clock for operating the bezel. All designed to keep you safe deep under water, an endeavour Omega are still improving on with their modern watches like the Ultra Deep. 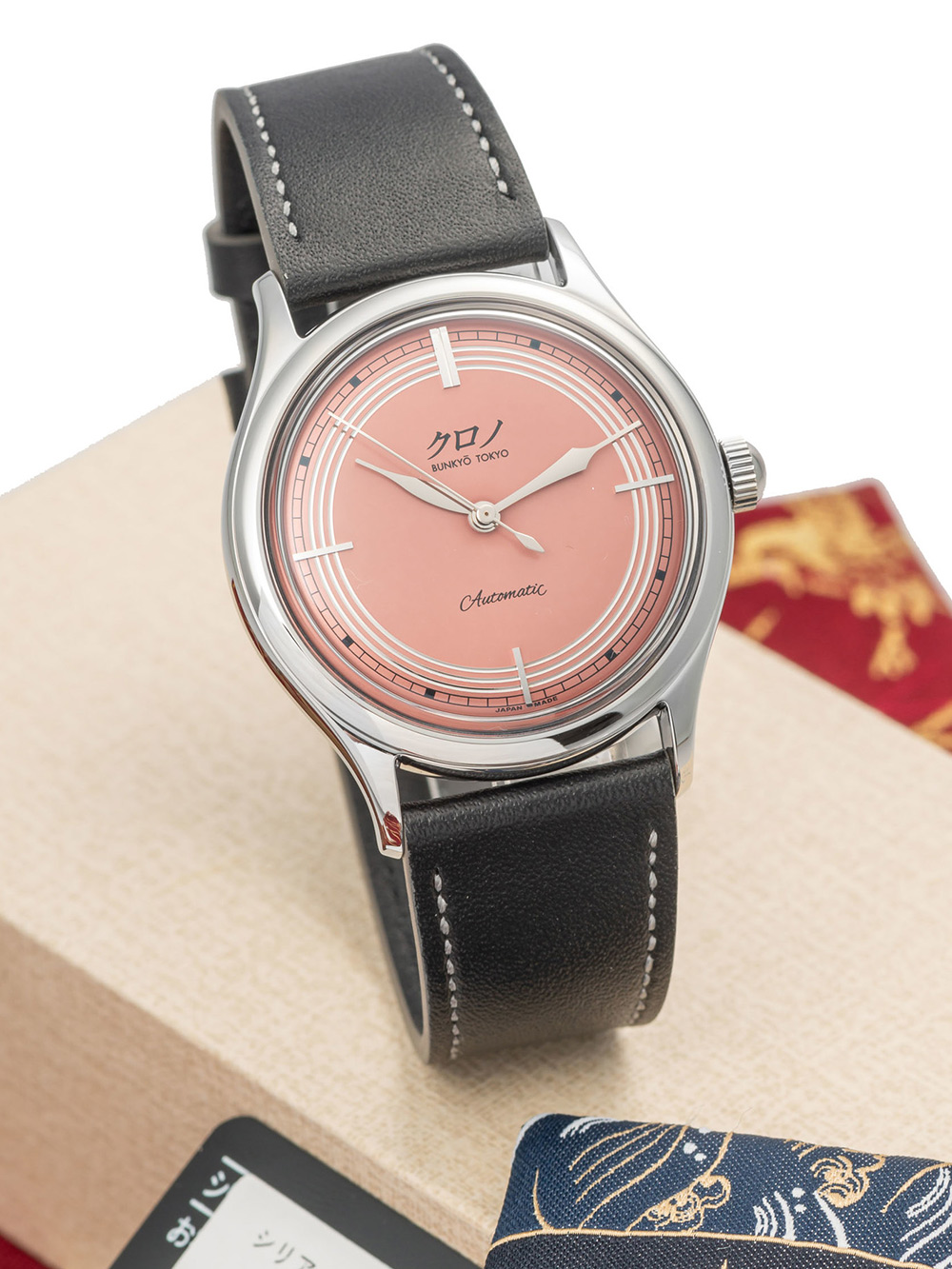 The Kurono Toki Anniversary is a watch that had us at Oracle Time very excited when it was launched just last year. It’s a stunningly beautiful watch designed by Japanese legend Hajime Asaoka. The salmon colour dial, known as toki-iro, is inspired by the peach coloured feathers of the ibis, a culturally significant bird in Japan. Quite possibly the most elegant watch released last year and one that sold out practically instantaneously. Seeing one on the market again so soon is a treat.

With an estimate of CHF 2,500-4,500 it’s still very accessible for a piece of Asaoka’s work, even though it’s increased by over 1,000 from the original price. 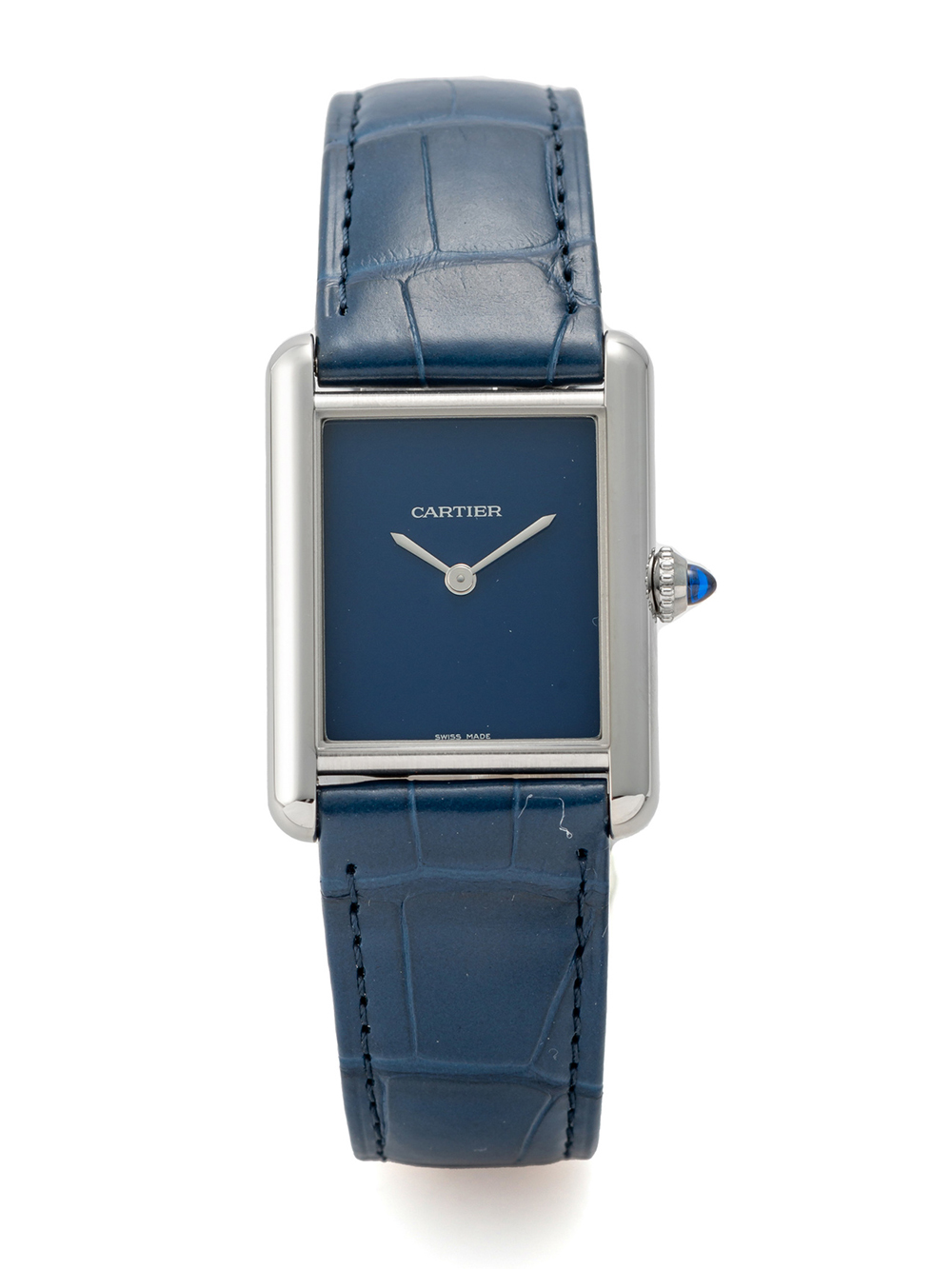 Ok, this is technically three separate lots but they work so well together as a trio it would be a crime to split them up. Last year Cartier launched three versions of their Tank Must with monochromatic dials in blue, red and green. Sure, they may only be quartz but when it comes to style these watches have it in bucket loads. The Tank is an evergreen design and in playful colours it only gets better, a set of triplets who are ready to party like it’s the 80s. 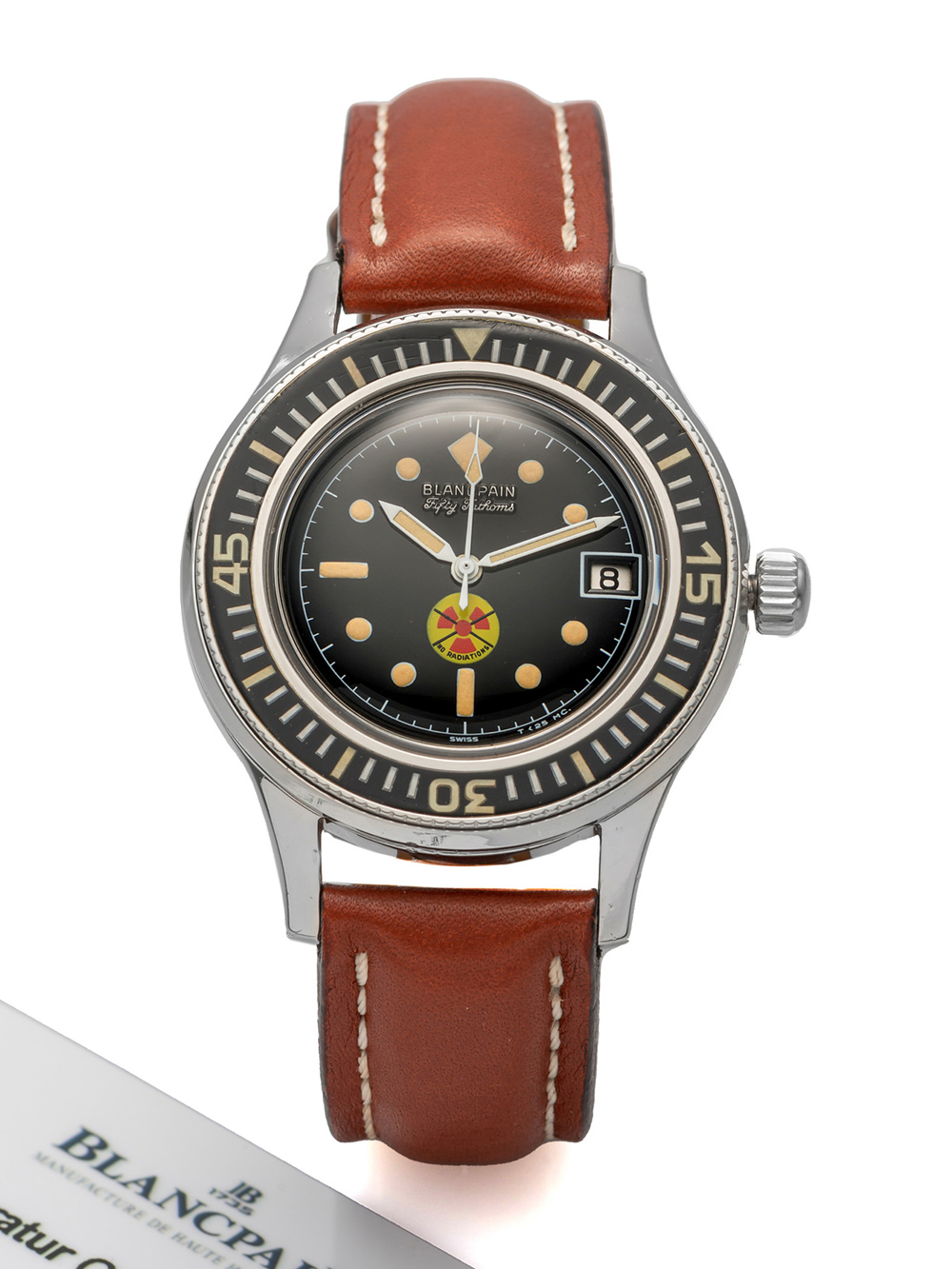 The history of the Blancpain Fifty Fathoms No Rad is intrinsically linked to the Cold War period of the 50s and 60s. The threat of nuclear war had everyone on edge about radiation and suddenly people looked at their wristwatches and saw the radium lume in a new light. In response Blancpain stripped their Fifty Fathoms of all radioactive material and plopped a big, crossed-out radiation symbol in the middle of the dial. The Bund No Rad as it was known became an instant hit with collectors, even seeing tribute revivals. 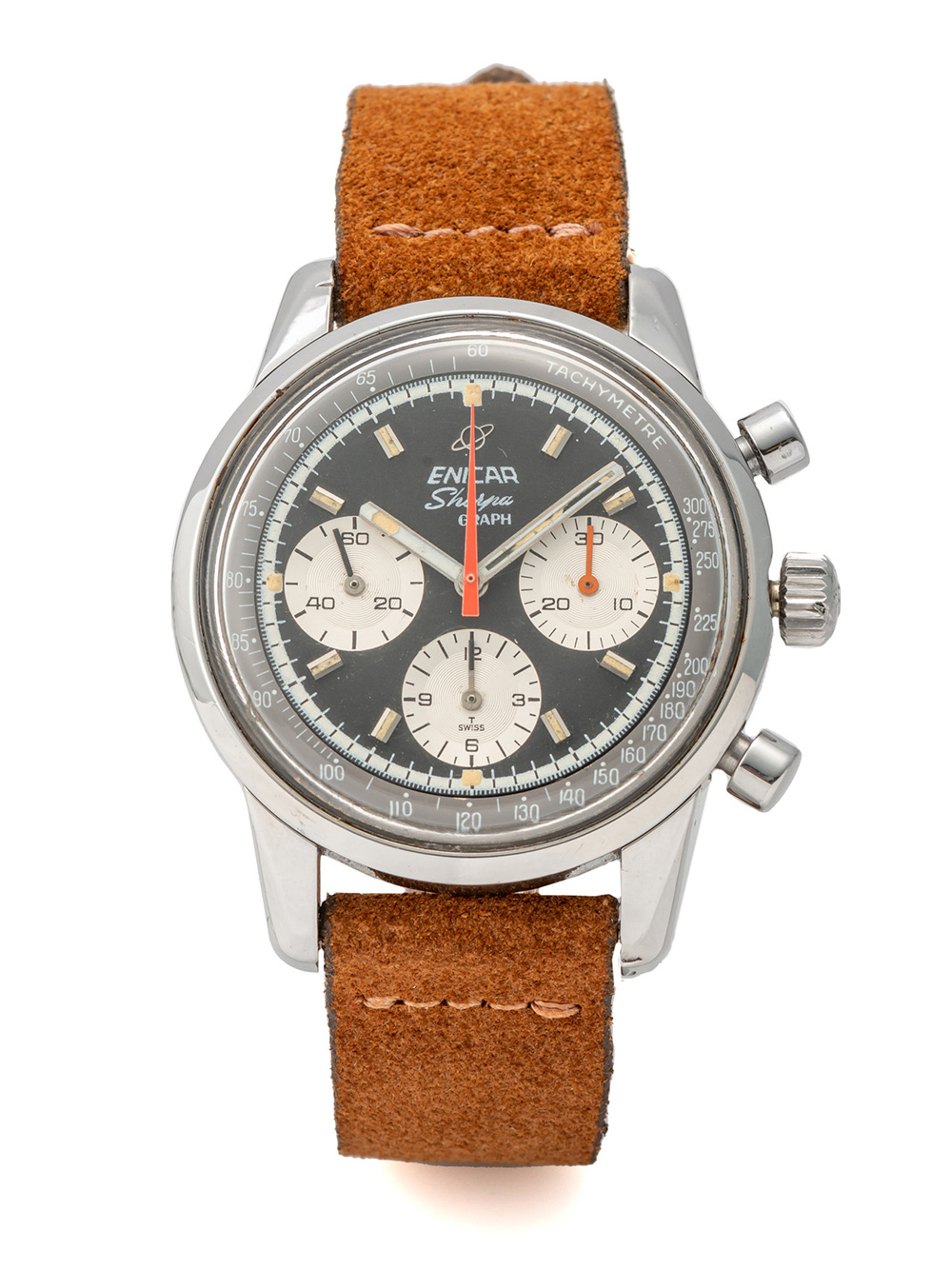 If you’ve picked up the most recent editions of Oracle Time then you’ll know we’ve been raving about Sherpa – both in its vintage form created by Enicar and the revival as its own brand, Sherpa. Imagine our excitement at seeing a vintage model in great condition pop up for auction. The Sherpa first came to prominence as an adventure watch in the 1960s, which is when this watch is from. It was best known for being a serious tool watch paired with funky designs and interesting colours, as seen here with the bright orange chronograph hand on reverse panda dial.

The swell of enthusiasm around Enicar and specifically the Sherpa name means it has an estimate of CHF 5,000-8,000.

For more details on the Geneva Watch Auction, visit Antiquorum.