If all of our nautical content has gotten you craving a decent diver – and the ones in our shoot seem a little pricey for a first-time scuba trip – then don’t worry, there are plenty of decent divers that don’t demand a pirates’ haul to purchase. 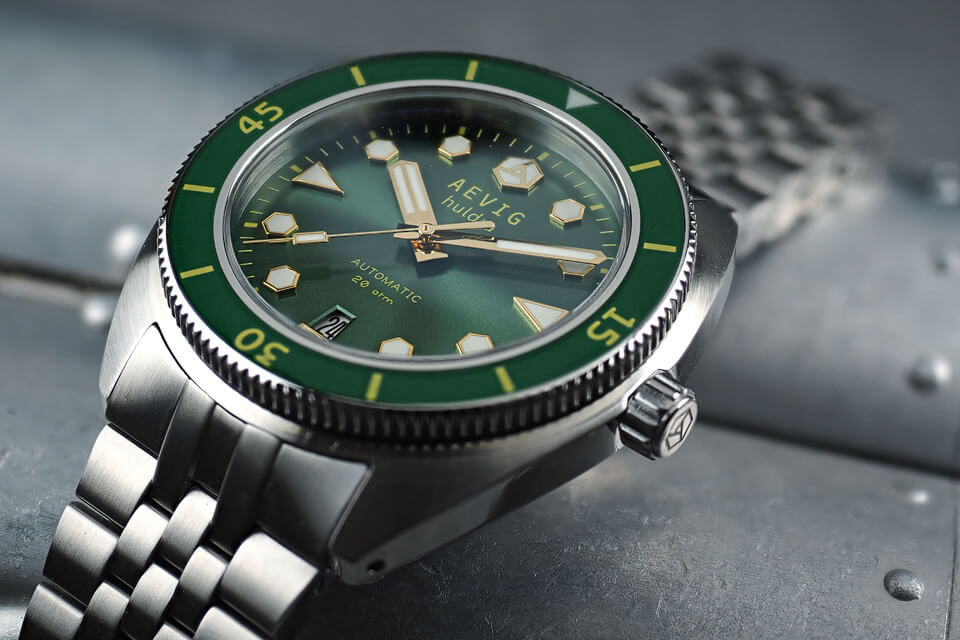 There are plenty of retro divers around, but if you want to get in on the throwback act then you could do far worse than the second edition of Aevig’s awesome Huldra. Available in an array of colours, its curved case and hexagonal indexes make it distinct from the various diver clones out there and 200m bring it in line with the most practical. Plus, the pre-order price is pretty damn attractive. 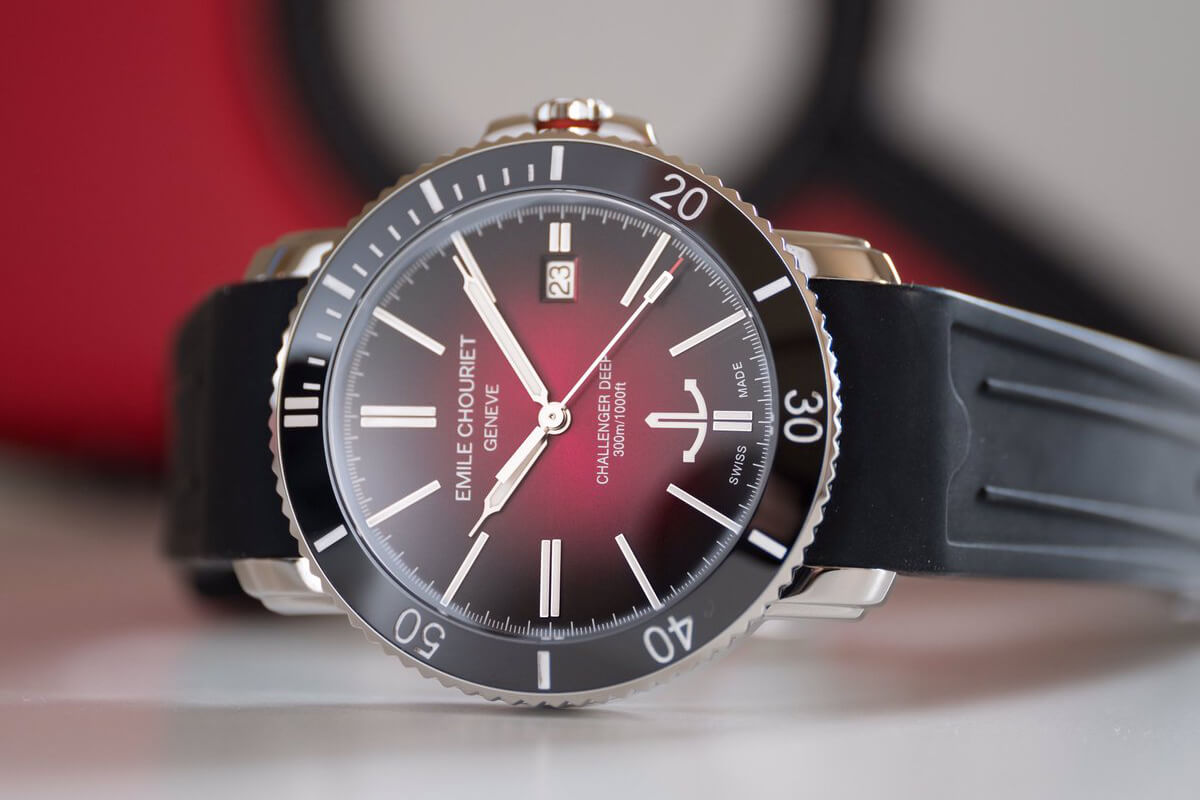 Inspired by tropical coral reefs and more than able to hang out with them, Emile Chouriet’s diver has been given a funky update with a red sunray dial. It’s more interesting than the usual blue or black and that, combined with its 300m depth resistance, makes it a good prospect for divers who value style and substance. 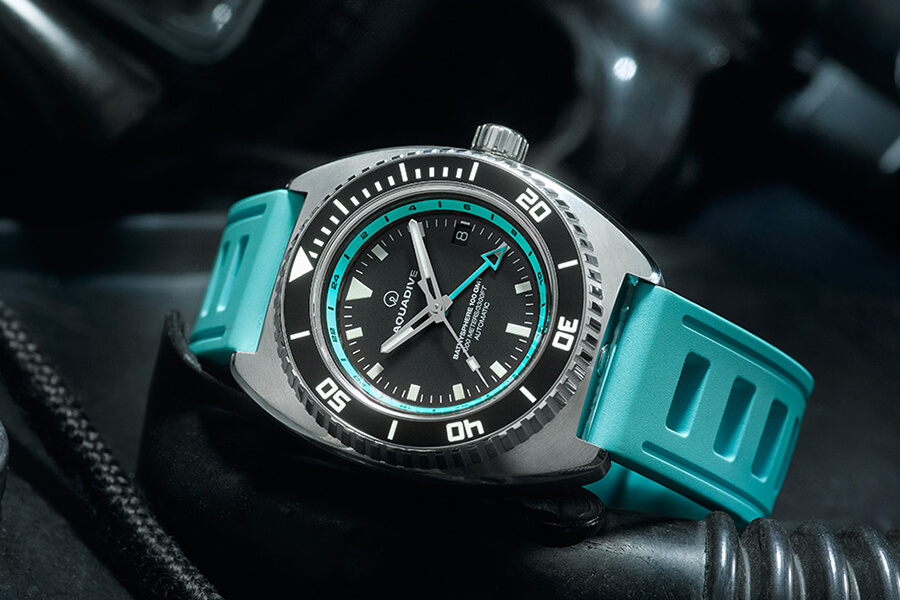 With the 70s back in full swing, Aquadive’s cushion-cased Bathyscaphe is well and truly in its element. The design dates back to 1972 and has aged very well indeed, particularly with a touch of light blue to give things a more charming, retro feel. Equipped with a solid ETA 2893-2 movement, it’ll hold you in good stead up to 1000m down. 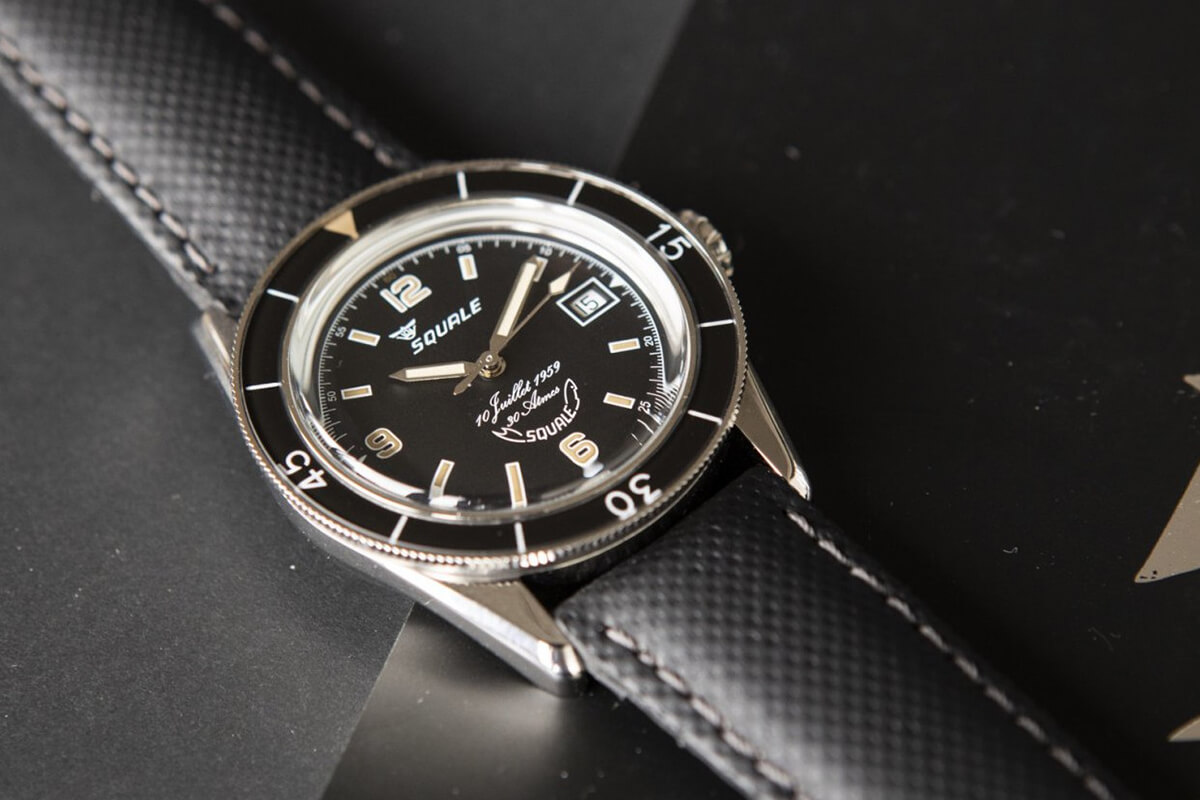 It’s the Italian watch brand’s 60th birthday this year and to celebrate Squale have released a limited edition that will have vintage watch fans foaming at the mouth. The watch in question, a variation of their much loved 30 Atmos, has been given a retro makeover in the form of a sepia-tone lume and a new case which bears a striking resemblance to Blancpain’s vintage 50 Fathoms pieces. This is no knock-off however, as Squale used to supply cases to the historic brand and serves as inspiration for this anniversary piece, which is definitely no bad thing. The 60th Anniversary 30 Atmos features a 40.8mm stainless steel case, a recognisably spartan rotating bezel, a black dial featuring Squale’s shark logo and some retro text at 6 o’ clock, with a date window at 3. Despite its vintage appeal it’s a proper diver too, boasting a 300m water resistance, a screw-down crown and a reliable Sellita SW200 movement, making it a great watch to accompany you to the depths. 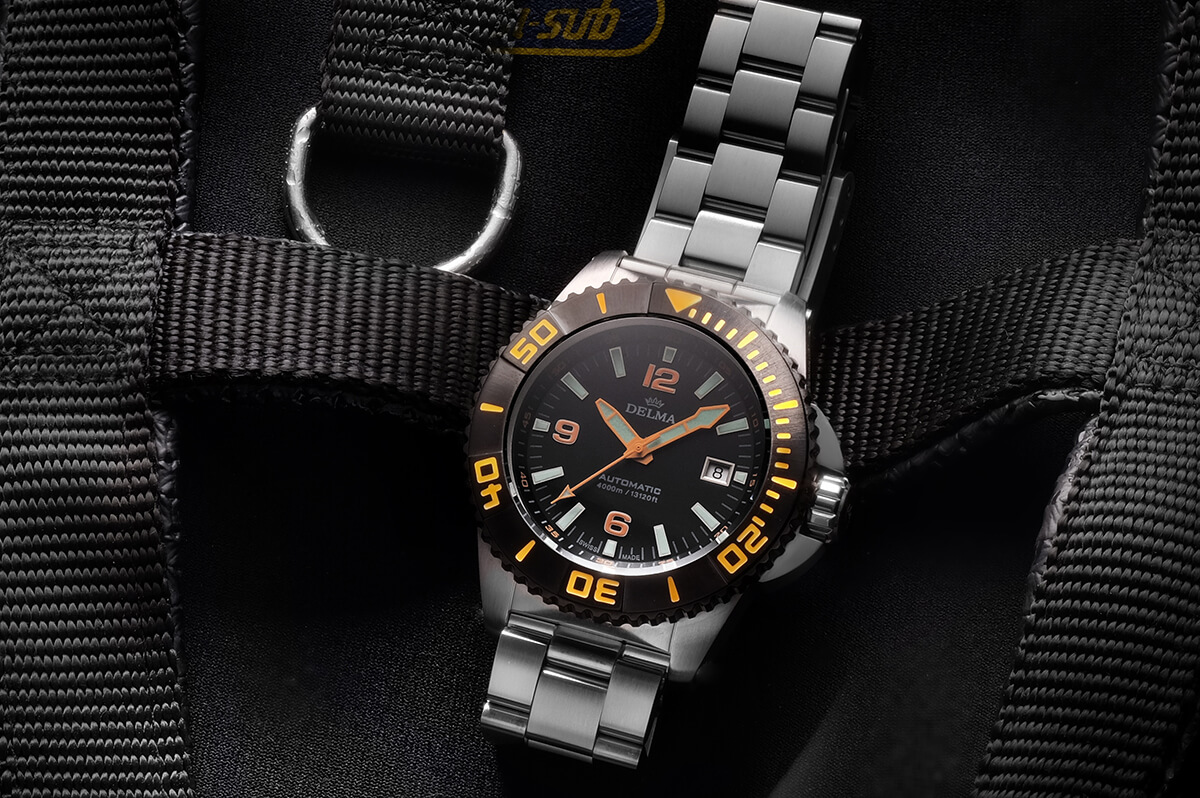 Delma have been independently making watches for nearly a century now. They certainly know what they’re doing. In a demonstration of their dive-watchmaking prowess this year they launched the new Blue Shark III. There’s serious dive watches and then there’s watches that James Cameron would happily man to the depths of Mariana trench, if only he could shrink himself down to 1000th of his normal size. With a water resistance of 4000m and a case diameter of 47mm, this isn’t a watch for the slim of wrist or faint of heart but if you’re a professional diver this is the watch for you. It also boasts a helium valve, essential for decompression at extreme depths, ultra-legible indices on both the dial and unidirectional bezel and chunky hands that would have President Trump trembling. If you’re a pro-diver this is the watch for you. Only 500 will be made and with a price of £1,850, it’s a hell of a lot of watch for the money. Literally.