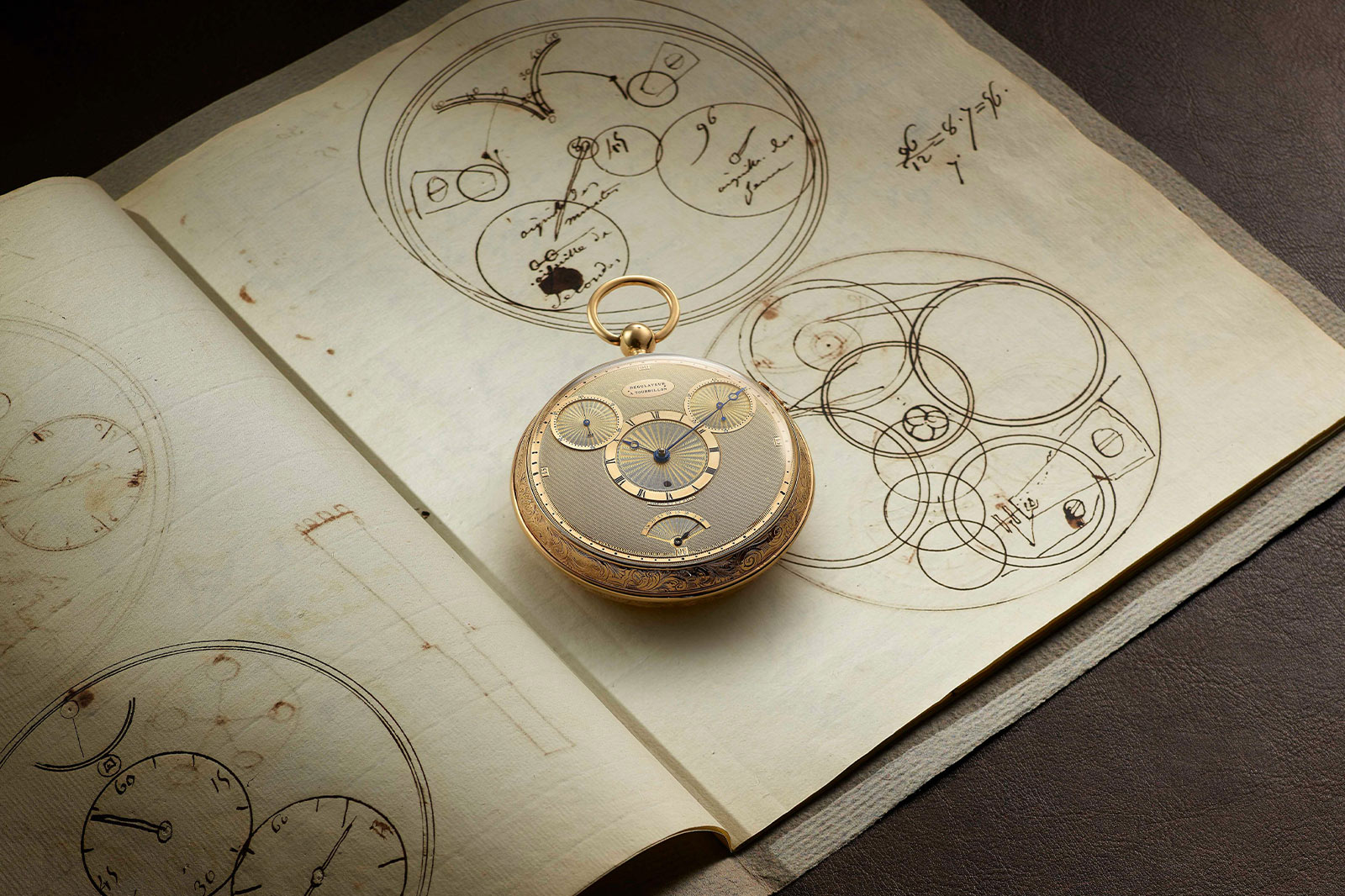 Franck Muller is often given the credit for turning the tourbillon into the modern monster it is, the kind of complication that’s shorthand for haute horology of a very particular vein. And to a point, that’s true. Richard Mille’s ascent to stardom was paved by Muller’s unique brand of watchmaking, and the same goes for many other watchmakers besides.

Yet while it was indeed Muller that revitalised the concept, it’s one that has been around for a while in wristwatch form – though there’s some debate as to who actually built the first. The actual mechanism however has been around even longer. In fact, the tourbillon as a concept celebrates its 220nd anniversary this year. 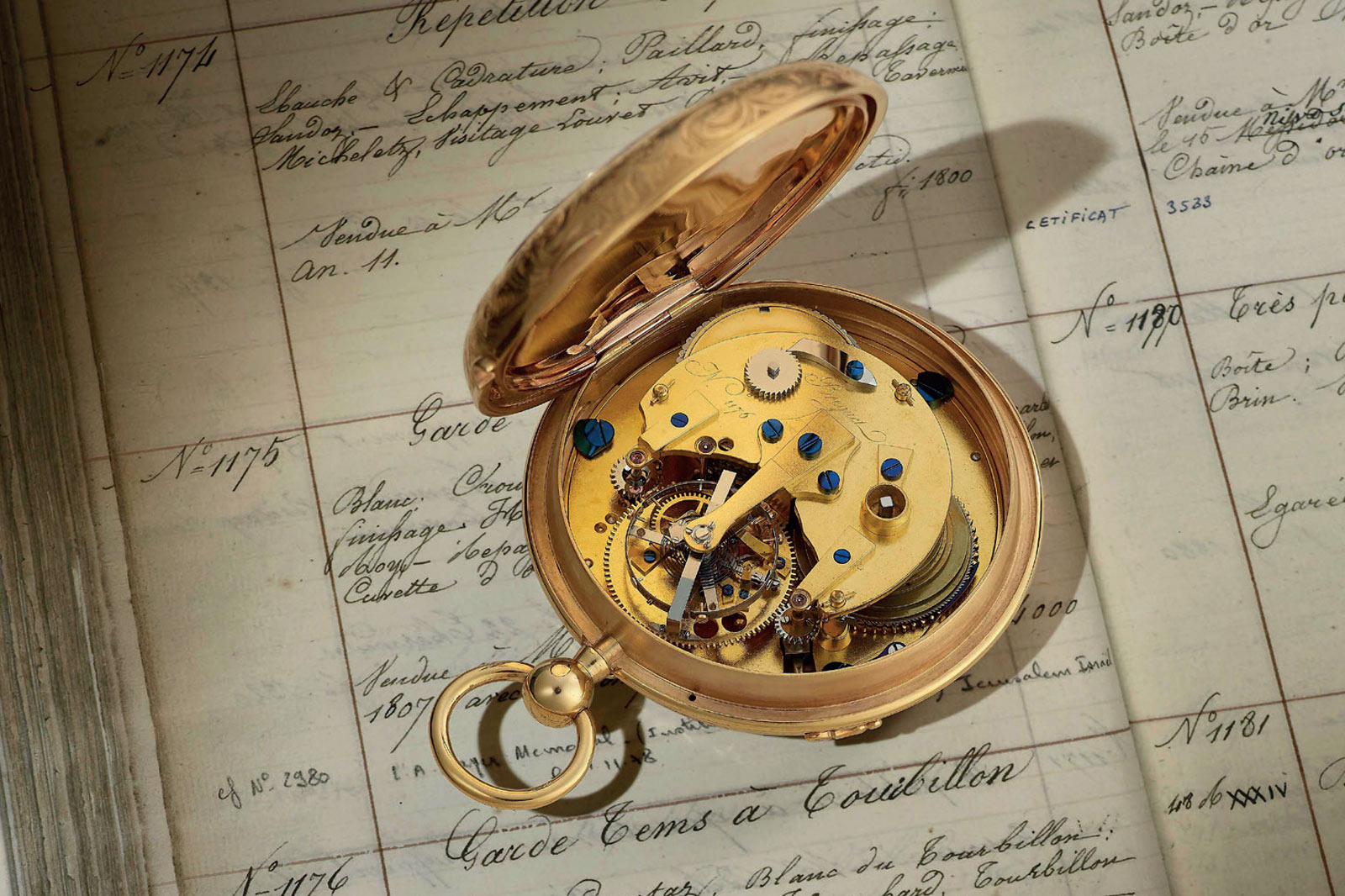 So, in light of this downright remarkable milestone, it’s worth taking a closer look at the genesis of everyone’s favourite, anti-gravitational complication, the Tourbillon. Like a good amount of watchmaking, the tourbillon began with the metaphorical patron saint of horology, Abraham Louis Breguet. Watchmaker to the French court, innovator of meticulously crafted contraptions and leaver of scant crumbs for his contemporaries, it’s impossible to overstate his importance on watchmaking.

Before 1795 however, Breguet was hiding out in Switzerland. So were a lot of people after the Reign of Terror following the brutal and bloody French Revolution. If you were a court favourite, it was a good time to get out of dodge. During his time in Switzerland, he noticed that the accuracy of his timepieces changed according to the position they were kept in, no matter how consistently he built them. The main culprit was when the pocket watches were sitting upright which was, unfortunately, how most proper gentlemen of the time would keep them. 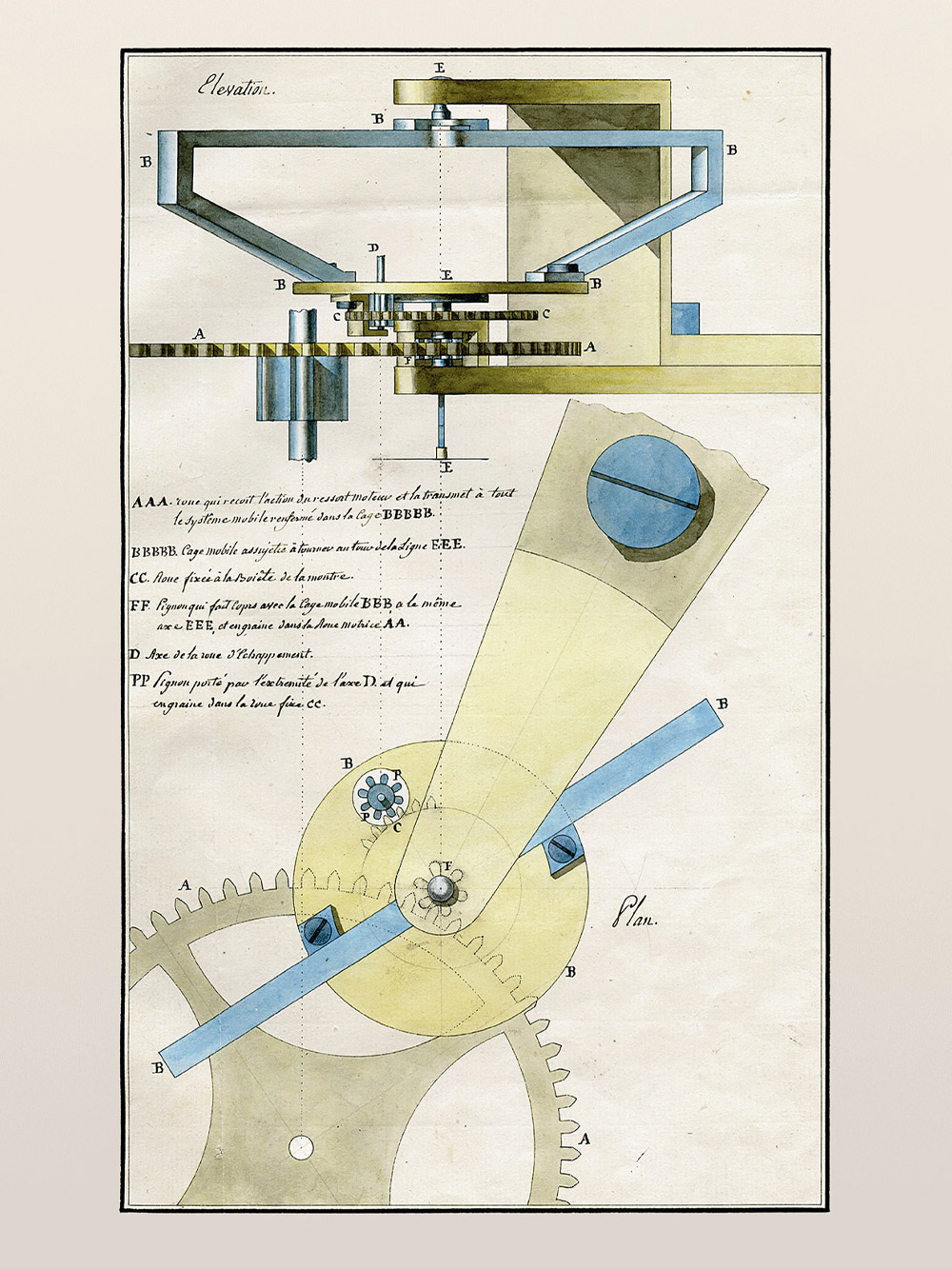 The effect was, of course, due to gravity working its nefarious ways on the delicate regulating components of the watch and it was beyond even Breguet to create Zero-G back in the 1700s. He could however, compensate for it. The issue wasn’t that gravity affected the watch, it was that gravity affected it in one direction. The solution? Turn the most affected parts so that every part of it was pulled down equally. So, when Breguet returned to Paris in 1795, he did so with his new regulating organ and escapement inside a mobile carriage. In 1801, or “7th Messidor of the year IX,” if we’re going by the French Republican calendar – he applied for the patent:

“Citizen Minister I have the honour of presenting to you a dissertation containing the description of a new invention for the use with time-measuring devices. I call this device the Tourbillon Regulator […]

By means of this invention, I have successfully compensated for the anomalies arising from the different positions of the centres of gravity caused by the regulator movement. […] 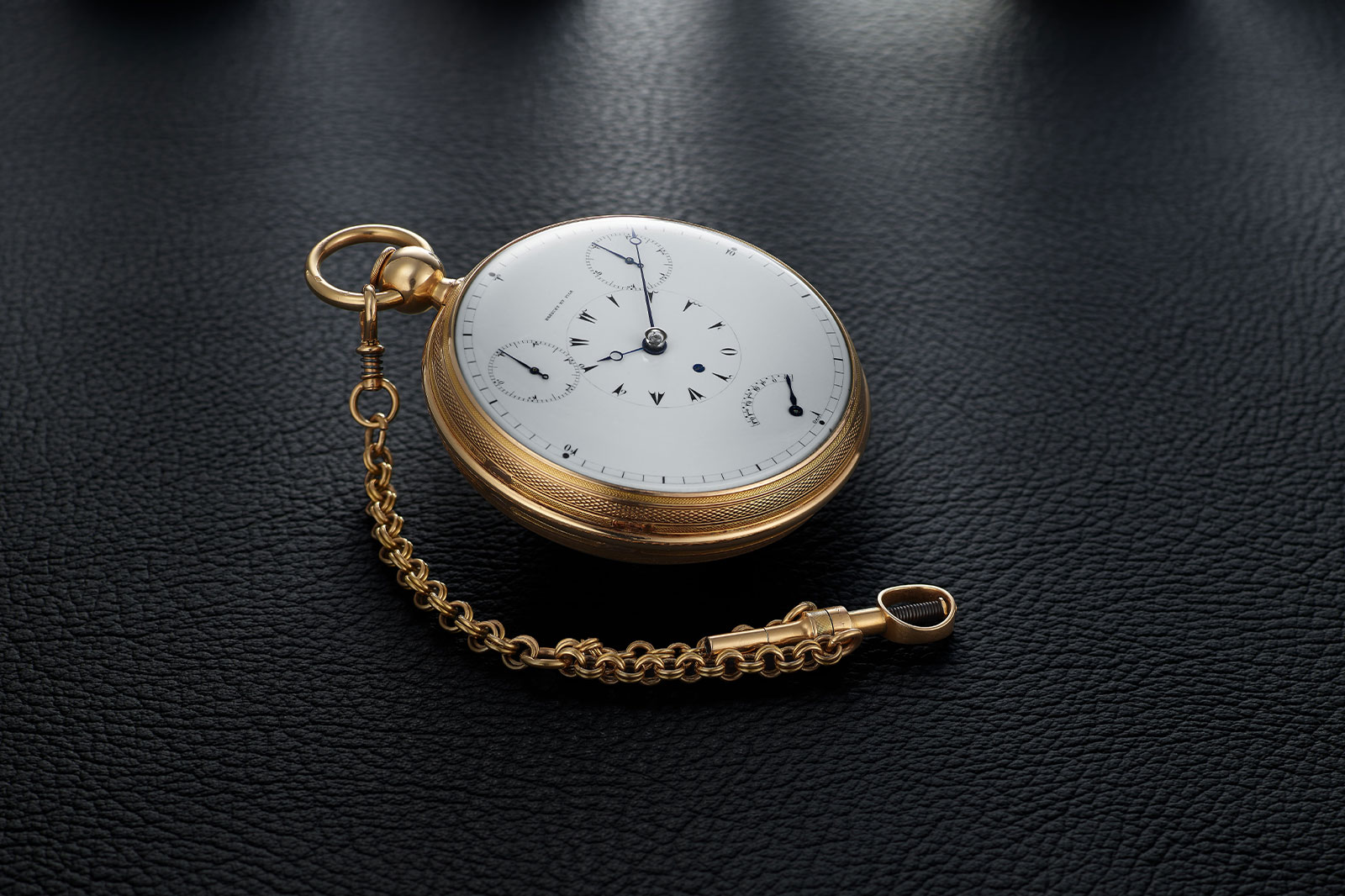 It took another few years before the patent application was granted, but granted it was for a period of 10 years. It took Breguet a good amount of that before he presented the first commercially viable tourbillon at the National Exhibition of Industrial Products in 1806. Throughout his life, Breguet sold 35 tourbillon watches, a number even Roger Smith would think paltry. Still, the mechanism didn’t go anywhere, despite outliving its usefulness as horology improved over the centuries.

Today it’s more a showpiece than a serious mechanism to improve accuracy – unless you go to the extremes of multiaxis or linked tourbillons which, let’s be honest, are still showpieces – but it’s remained one of the most evocative additions to haute horology out there. It’s also still very much a part of what the modern Breguet are doing. To celebrate 220 years of the tourbillon, Breguet are currently showcasing a few historical models over at Watches of Switzerland in Knightsbridge. Given we can’t get to any of Geneva’s museums any time soon, it’s a great exhibition to soak up some horological history. 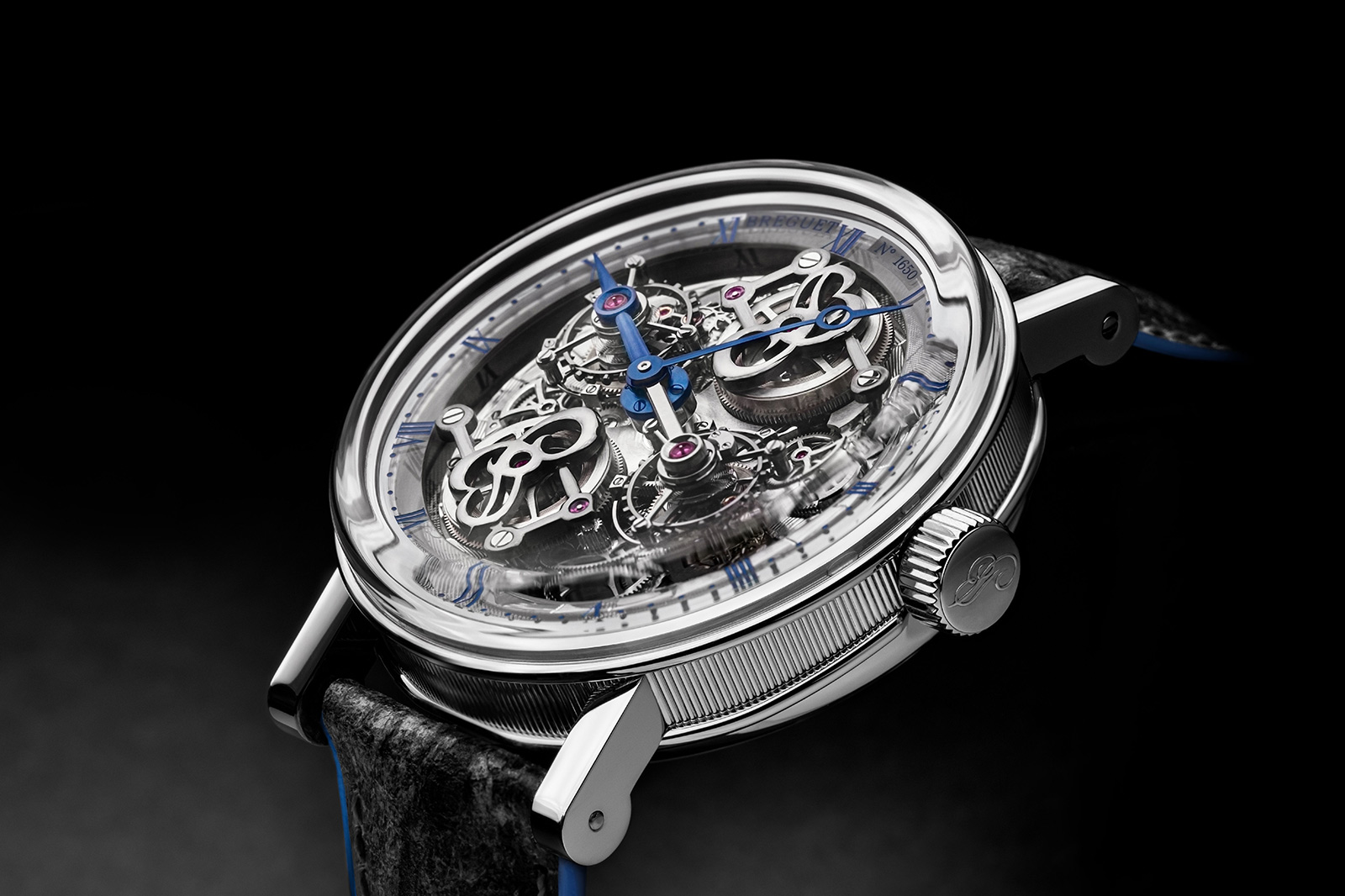 Perhaps more interestingly to most of us though is their latest tourbillon equipped timepiece, the Classique Double Tourbillon Quai de l’Horloge. It’s an incredible piece, with twin tourbillons that themselves rotate in a carousel around the dial. While I’m not a huge fan of the Breguet logos that cap the barrels, it’s an impressive sight.

It’s just as impressive on the back where the watchmaker has engraved a full fresco of the “House of the Quai”, the Parisian workshop in which Abraham- Louis built the first tourbillons. Well, if the tourbillon is a show piece, it makes sense that Breguet would build one of the showiest of all.

Share the post "220 Years of the Tourbillon: A Look Back at the History of One of Watchmaking’s Important Innovations"