Get A Lexus Tattoo 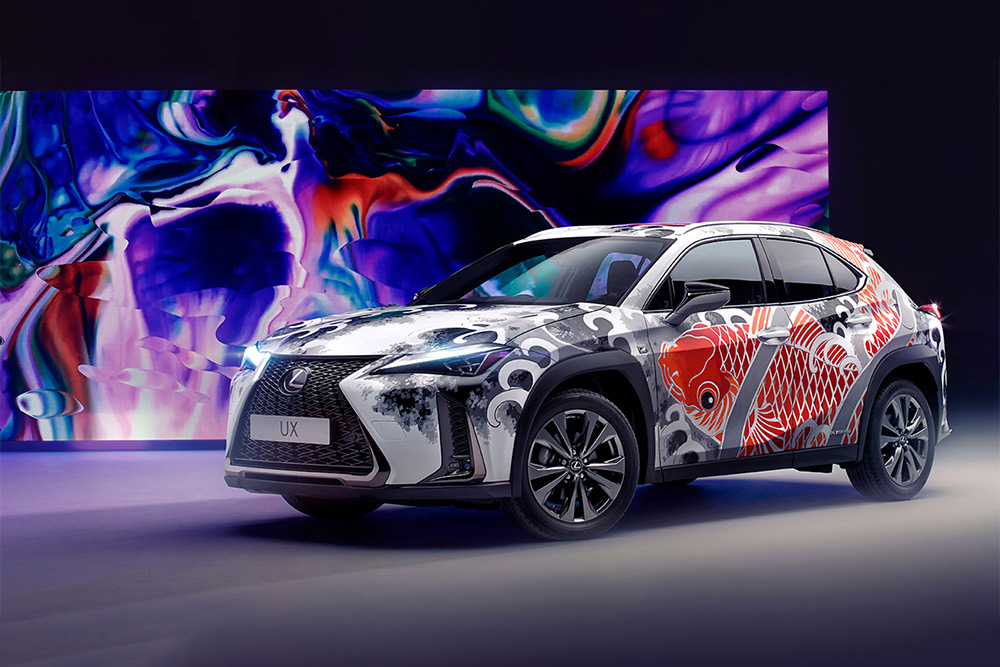 Not on your own skin mind you, but that of your car. Following the launch of its one-of-a-kind UX Compact SUV back in March, the marque is asking for people to design their own inked-up ride for a competition, the winner of which will be revealed on 22 June. Just download the template found on blog.lexus.co.uk and fill it in. The only stipulations are that it has to be in a tattoo style and that every angle has to be filled in. Interested in seeing your own tat come to life on four wheels? Submit your entry by 5 pm on 9 June and send to tattoocar@ld.lexus.co.uk. 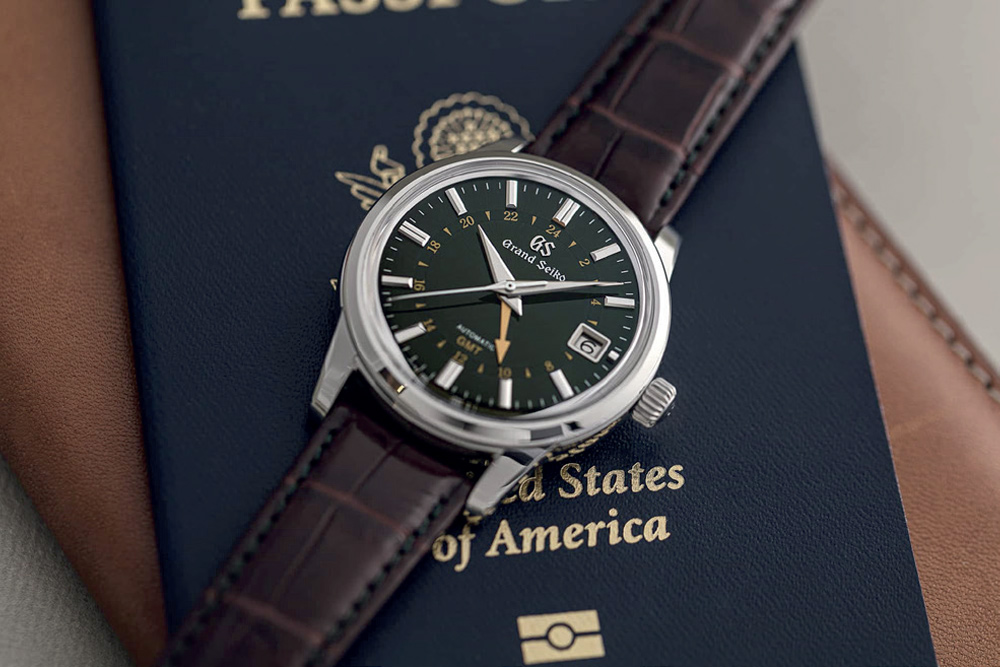 Grand Seiko’s latest collaboration is its stunning green-dialled Toge special edition in partnership with British retail group Watches of Switzerland. That’s all well and good. Better yet though, they’re using augmented reality to allow you to try it on yourself. It’s not quite the same as the real thing, but it’s a damn sight better than nothing and could well make for an interesting new way to shop for watches digitally. That’s a great idea at the best of times; right now, it’s vital. Just head to the Instagram pages for @grandseikouk or @watchesofswitzerland_official and try it out for yourself.

Most events are tentatively looking at their schedules, pencilling in dates and holding their breath; not Salon Privé. The Blenheim Palace-based car show has set a date – 23-26 September – and by god, they’re sticking to it. The 15th edition is set to have the same calibre of car as always, with some coveted classics, souped-up hypercars and antique roadsters aplenty. Safety will obviously be a priority and, with every car show of the year having been cancelled, the likes of Aston Martin, Bugatti and Ferrari will be taking the opportunity to show off what they have installed for the year ahead. 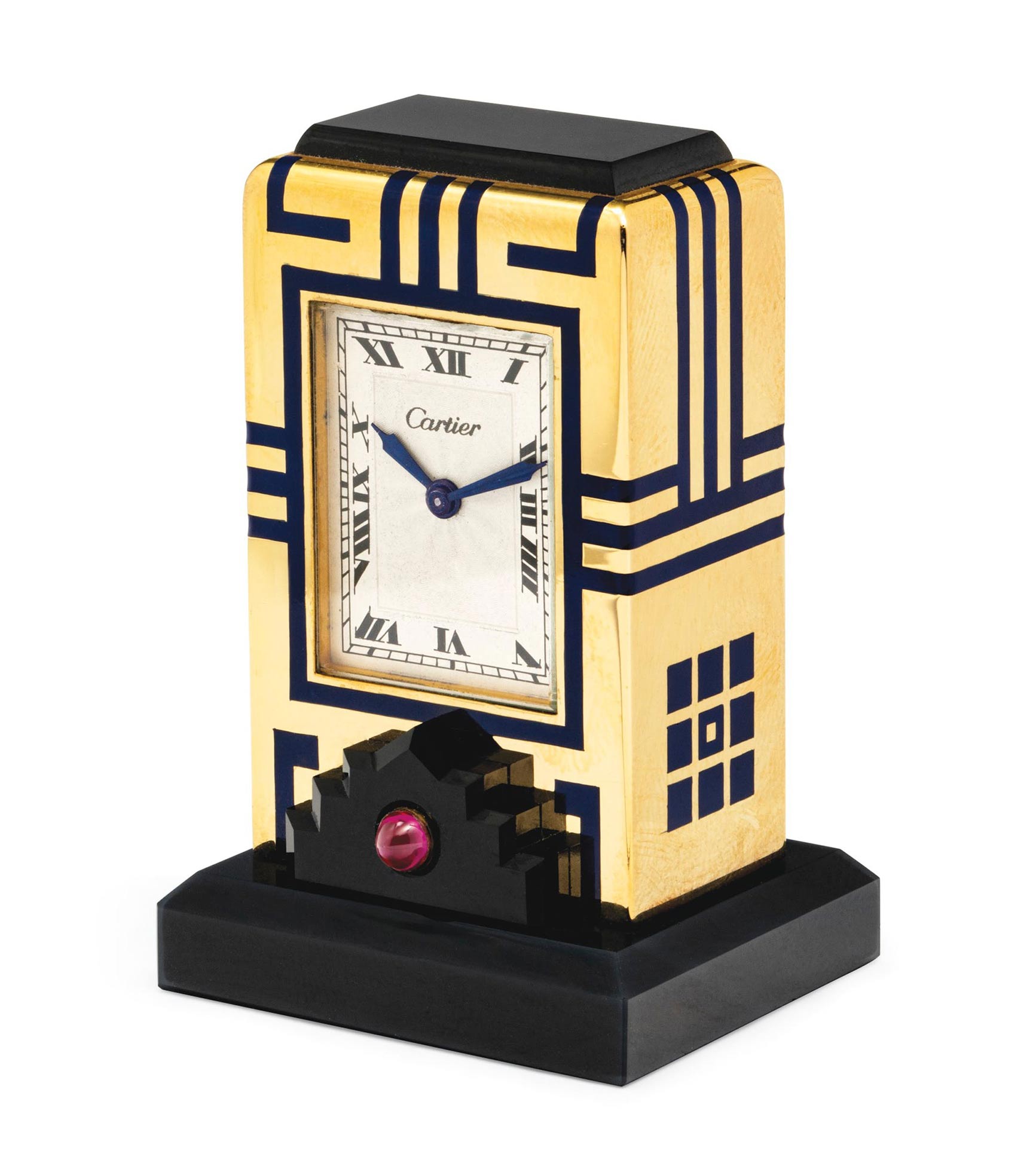 On 1 July, Christie’s will be taking over Geneva’s Four Seasons Hotel des Bergues for one of the most impressive horological sales of the year. Representing 80 years of clockmaking expertise, this private collection of 101 Cartier clocks is a lifetime collection of Parisian chic and Swiss mechanics – and it’s valued as such. The collection as a whole has a pre-sale estimate of CHF 3.9-5.7 million, so expect some serious bidding competition.

Buy A Breitling For The NHS 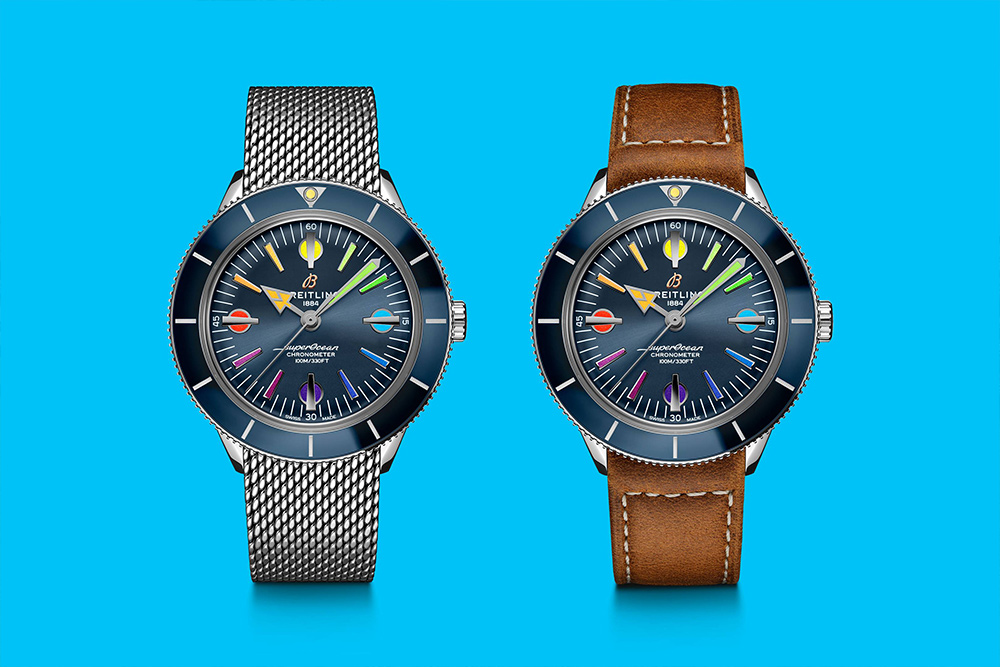 Of the entire catalogue of new pieces launched at Breitling’s 2020 digital summit, the standout was without a doubt the rainbow-index Superocean limited edition. It went far, far too quickly. Fortunately, there’s a new and if you like blue, improved version, limited to 1,000 pieces. So far so good.

What’s even better though is that these editions are going to arguably the best cause of all: the NHS. Part of the proceeds of each watch, totalling CHF 500,000, will be donated to NHS Charities Together. If you’re feeling even more patriotic, buy the watch online from Breitling and they’ll donate a further £1,000 to the cause. That’s over a quarter of the £3,790 (on a strap; £200 more for the bracelet) watch. That’s worth buying, even if it weren’t the coolest Breitling of the past few years. 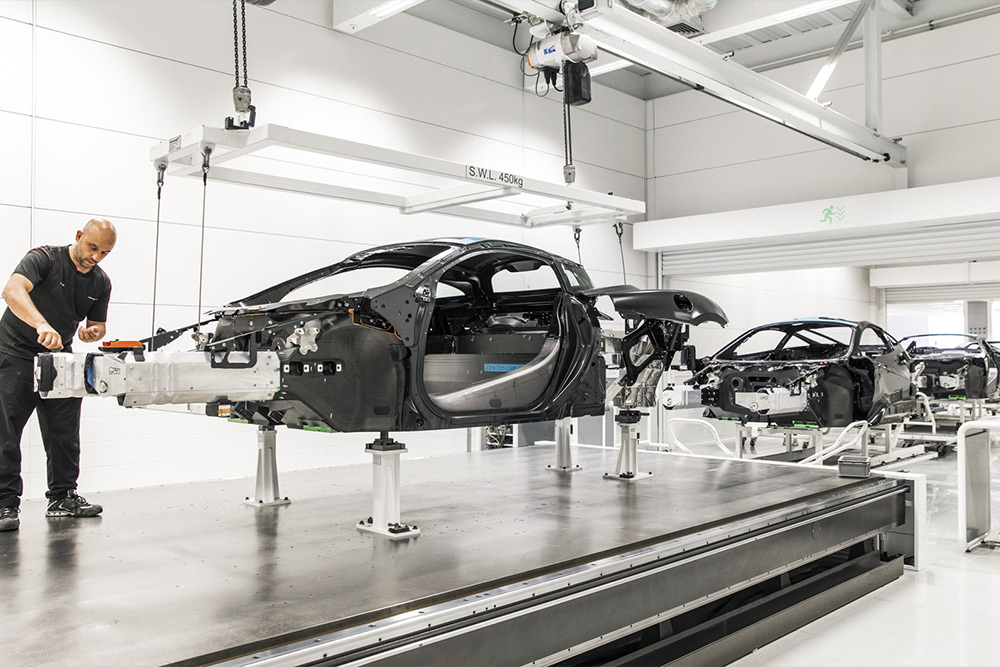 Child labour might be looked down on most places, but McLaren has enlisted the younger generation’s innate creative spark to design the hypercars of the future. Working with the institution that is Blue Peter, the Woking-based marque is asking viewers of the kids’ show to create their own supercars and send them in. The winner will have their design unveiled as a to-scale 3D model. They might not be old enough to drive for another half a decade at least, but hey, get ‘em while they’re young. Whether this turns into the next insane limited edition McLaren remains to be seen, but it surely couldn’t look any crazier than their usual fare… could it? 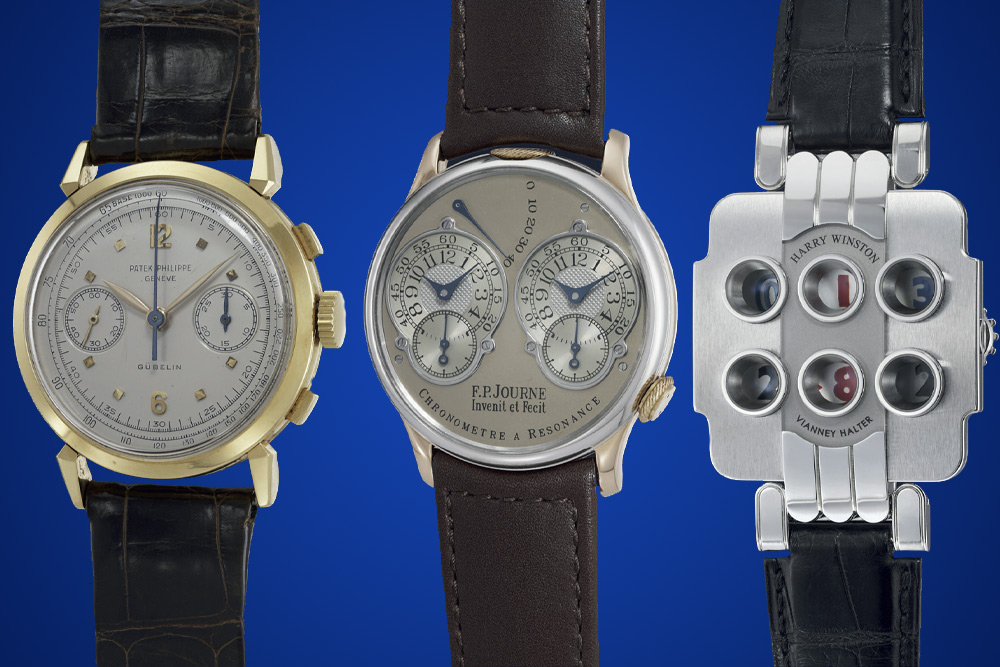 If you prefer your timekeepers wearable, this is the upcoming Geneva auction for you. As ever, Phillips has cultivated one hell of a line-up for its blow-out horological sale, coming up on 27-28 June. The sale will not only include rare and valuable pieces, but some from the collection of the watch world giant that is Jean-Claude Biver. There are more than a few grail pieces here, enough that you’d be forgiven for wanting to bid on everything. There are some though that really stand out. 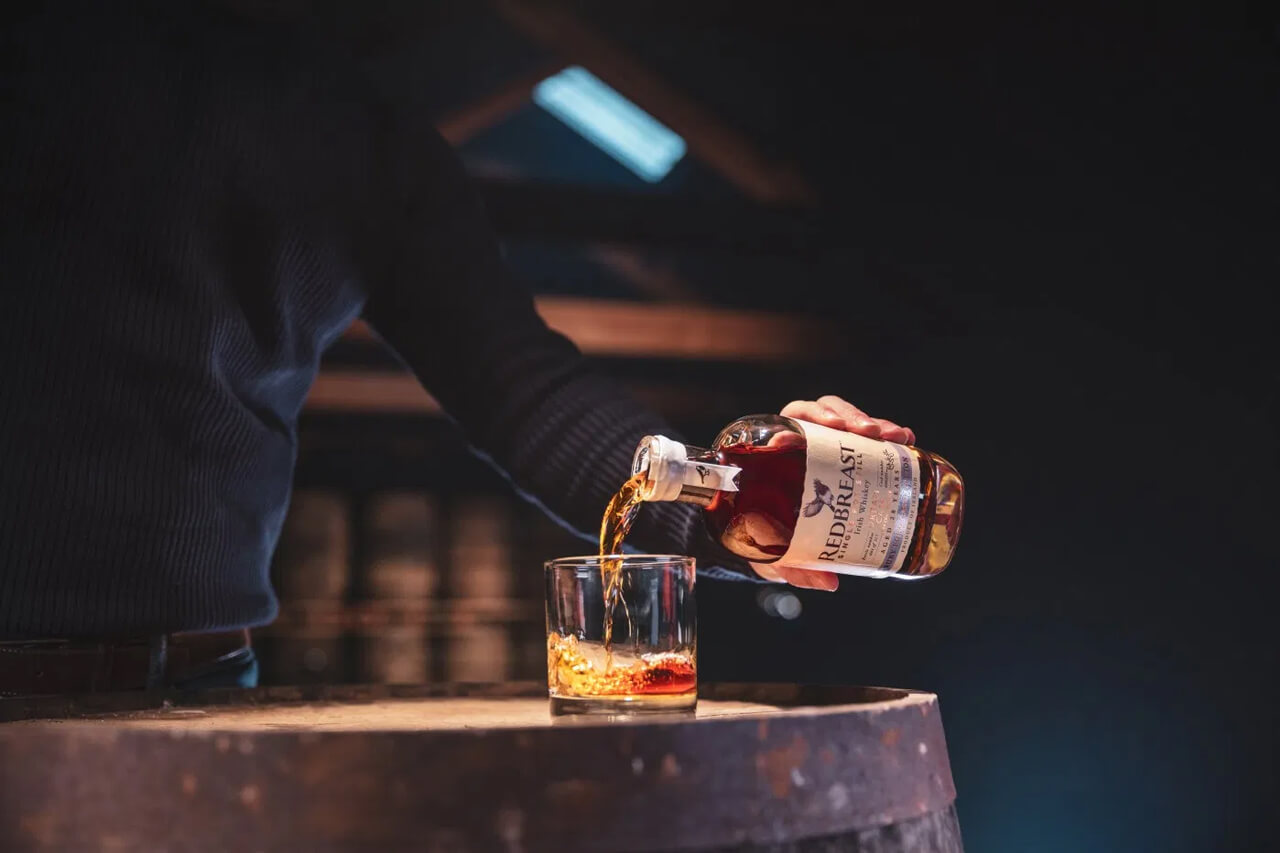 It was World Whiskey Day last month and, to coincide, plenty a distiller launched a new blend or two. The one to stand out though is without a doubt the paragon of Irish whiskey that is Redbreast and the third in its series of Dream Cask releases, the Ruby Port Edition. Made using whiskies aged in bourbon, sherry and port barrels, blended then placed back into port to finish, it’s everything a good Irish whiskey should be. The only problem is availability; the last Dream Cask sold out in 14 minutes. This time Redbreast is offering a ballot to give everyone an equal chance and, by now, you’ll probably know if you’re amongst the lucky few. 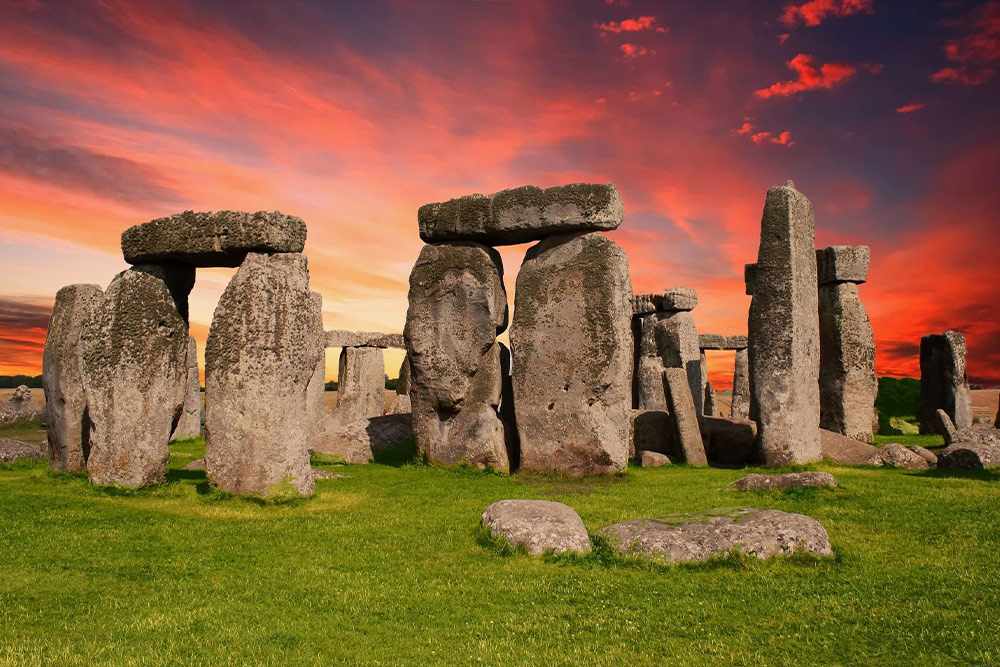 Paganistic dancing for the longest day of the year may be out of the question, but that isn’t getting in the way of the mythical ancient wonder of the world that is Stonehenge. On June 21, the cultural site will be live-streaming the entire summer solstice courtesy of English Heritage. Just tune into its Instagram page and get your fill of the glory of midsummer.

With a colour scheme inspired by the first Boeing 747, Breitling release a limited edition...

A team of international stars rally behind the launch of Cartier’s new Tank Française collection...