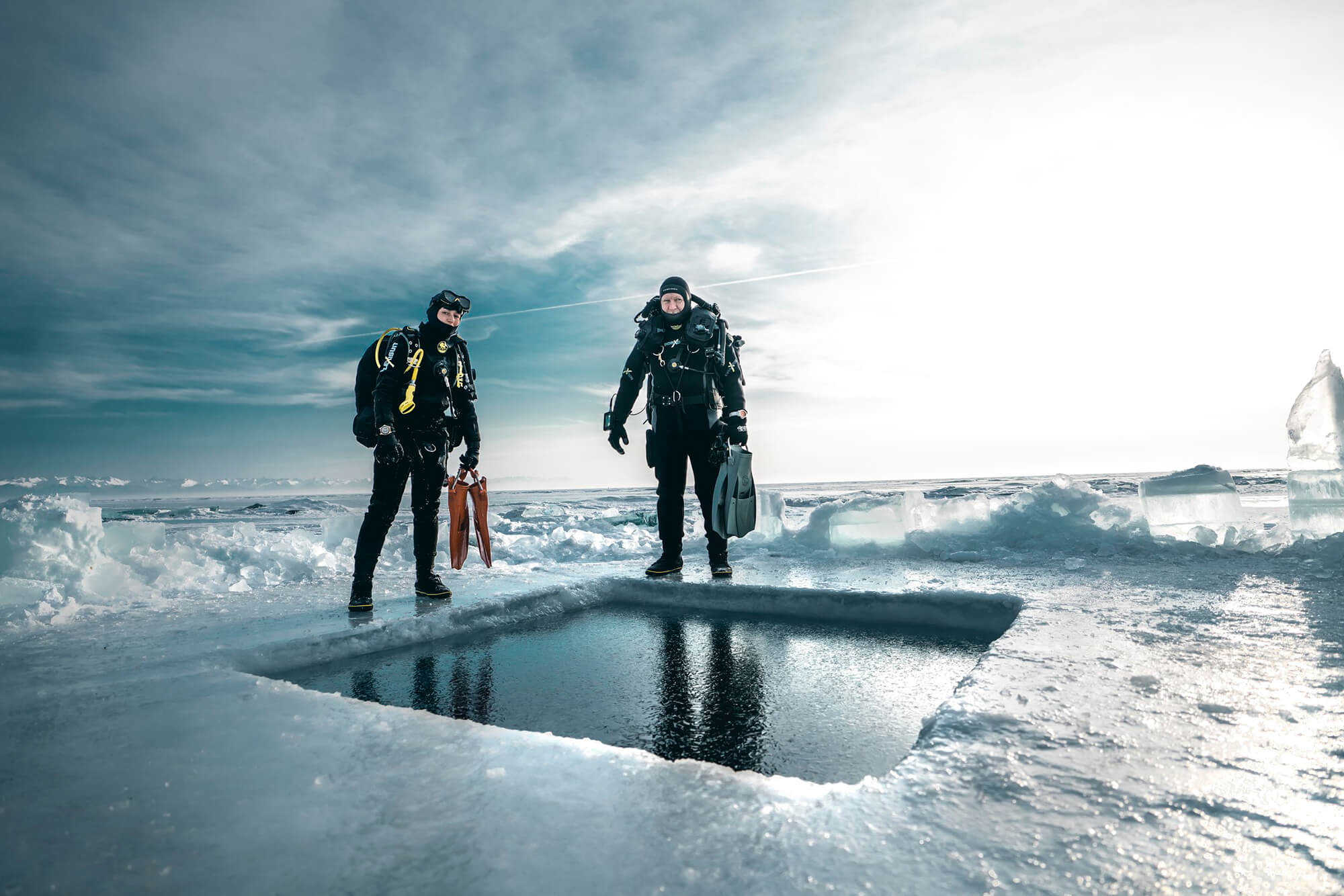 Delma prides itself on its hardwearing diving watches, as so it should; it has been building them in one form or another for over a century. Now however it’s put its words where its specs sheet is and put its watches through the ultimate test: an icy dive into Lake Baikal. Photographer Alfred Minaar descended wearing the Delma Blue Shark III to take some breath-taking photos in the breath-taking cold. The results were extraordinary… and the watch survived. Enough said. 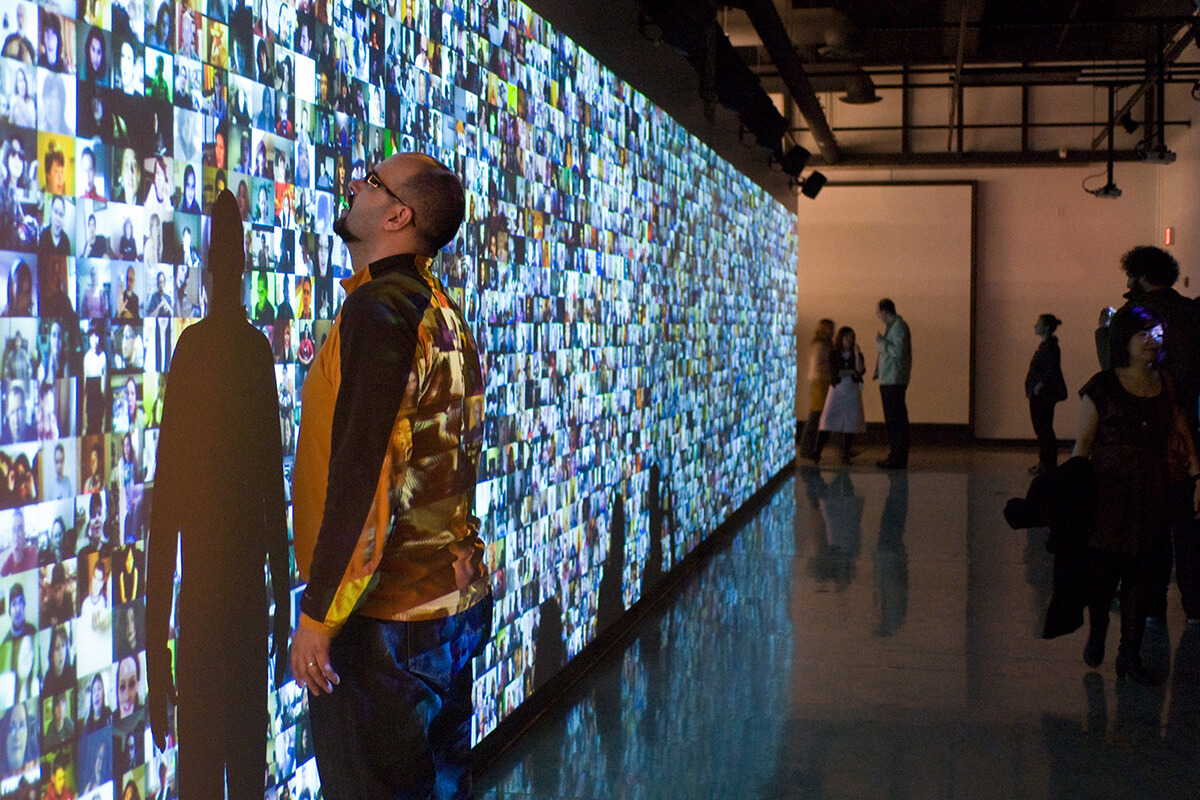 If you’ve not been to the UK’s largest new museum, now’s your chance. The Box is hosting an extensive programme of some of the world’s most important contemporary artists, including a solo exhibition from Kehinde Wiley, the portrait painter of Barack Obama and a phenomenal group show including Antony Gormley, Alexandre da Cunha and Christopher Baker among others. This is the beginning of big things from the shiny new Plymouth museum and hopefully sets a precedent for great things to come. 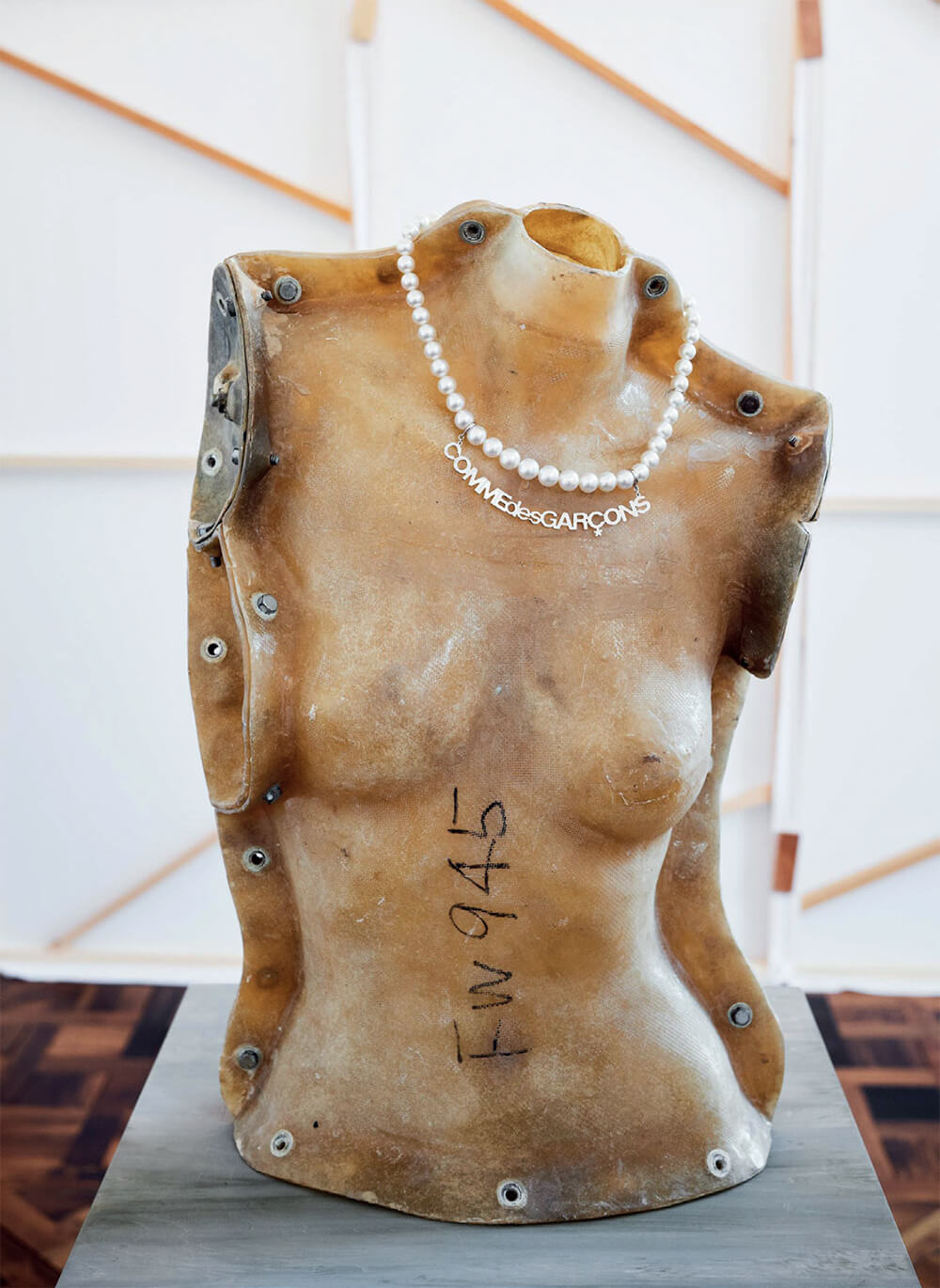 We know it for its painfully cool Parisian chic, but the clothes weren’t the star of Paris Fashion week for Commes des Garcons; instead it was its jewellery collaboration with Japanese pearl specialist Mikimoto. These aren’t Lisa Simpson’s pearls though; this is a two year partnership where the finest pearls in the world meet eternally chic, idiosyncratic design. Only a few pieces have been revealed so far, but colour us intrigued.

Timepieces and Pints with Lebois & Co 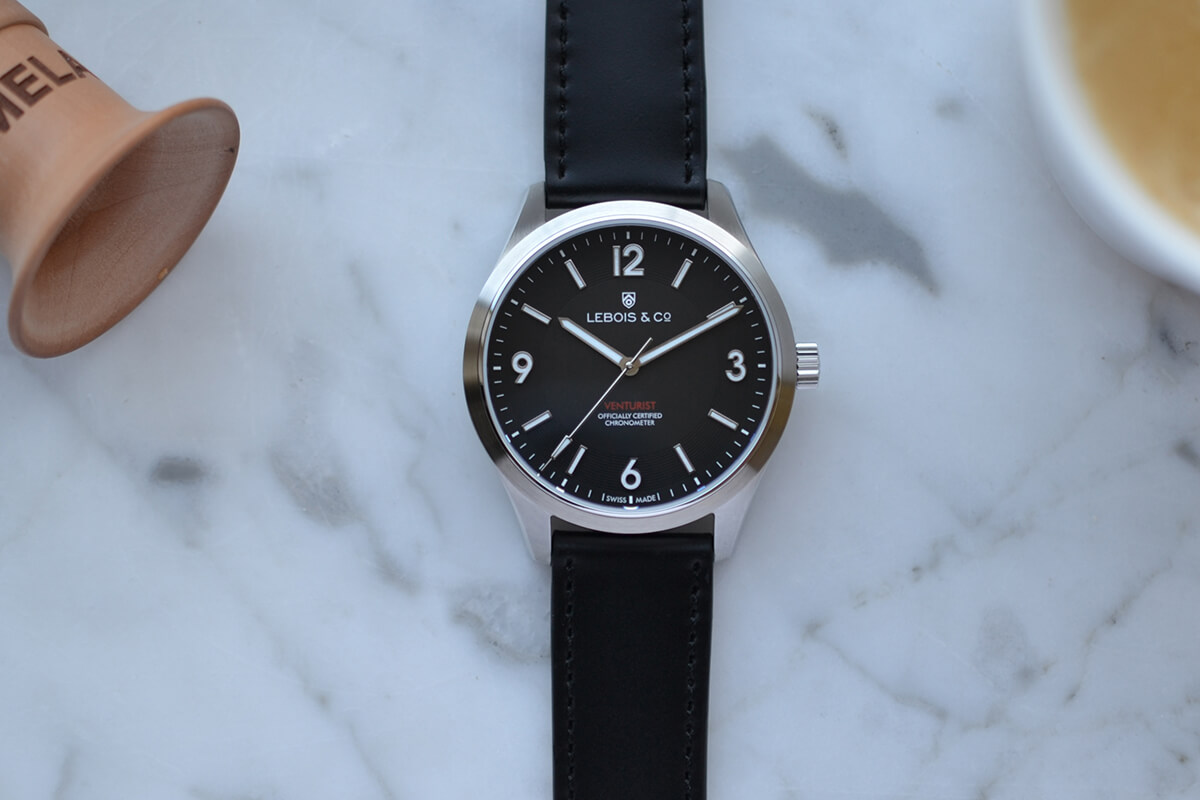 What’s better than getting hands-on with some fantastic vintage and vintage-inspired watches? Doing so with a drink in the other hand. If that sounds like your perfect evening (it is ours), you’ll be interested to know that Lebois & Co will be hosting an intimate collector’s evening in a City pub – full details provided upon registration – on Thursday 13th February. Have a drink, relax and be the first to try the new Venturist model. If you have any questions, the Lebois & Co team will be right there to answer them. 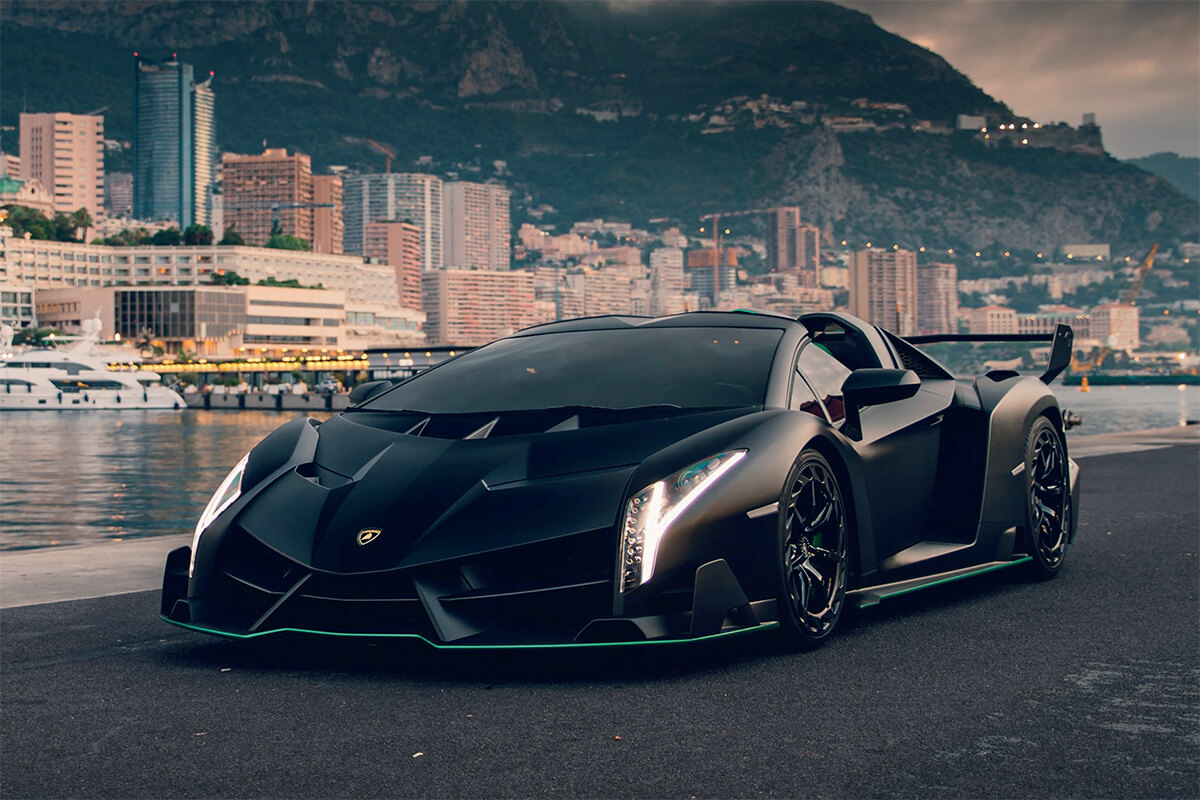 There’s a lot to look forward to at RM Sotheby’s Paris auction next month, but no item has grabbed headlines more than the superlative Lamborghini Veneno Roadster. Created to celebrate the manufacturer’s 50th anniversary, this is the raging bull distilled into one of the most impressive-looking and -performing cars ever built. 0-62 in 2.9 seconds, a top speed of 221mph and bodywork to make a McLaren feel slovenly, and only nine of them were ever built. That goes some way to explaining the $5–$6.1m price tag.

Drake loves bling, that much is obvious, but by even his considerable standards, getting Virgil Abloh, one of the hottest designers alive, to design him a watch is impressive. That said watch is a bespoke Patek Philippe Nautilus is another matter entirely. Draped in emeralds from dial to bracelet, it’s the watch mentioned in the artist’s Life is Good. If you can afford a piece like this – well into the hundreds of thousands of pounds – then yes, yes it is. 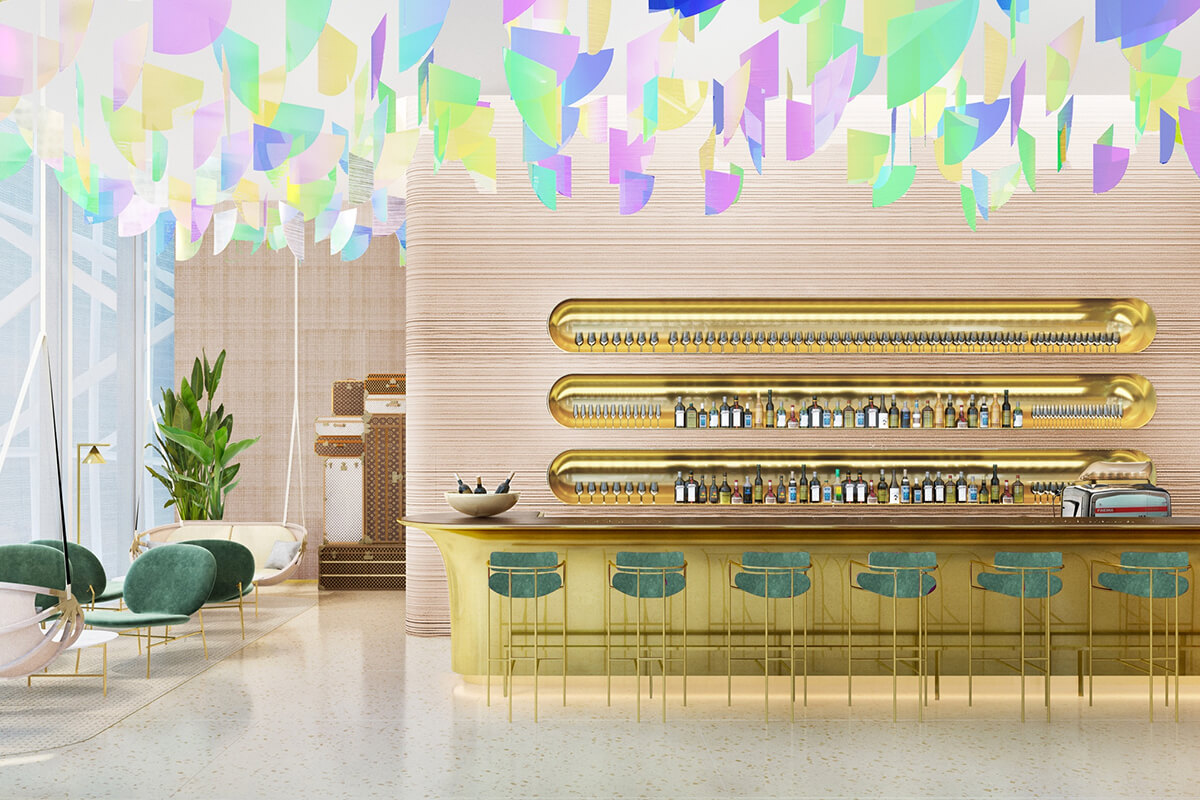 The LV monogram is pretty much a byword for great taste, but now it’s official in a more literal sense with the opening of the first Louis Vuitton restaurant. Dubbed Le Café V and set in the stunning Osaka, the restaurant will be the province of Tokyo’s Yosuke Suga. So far all we’ve seen is a render of the interior, with plenty of yellow, gold and bright colours in the bar, contrasting with darker, richer hues in the dining room proper. Scheduled to open this month, expect monogrammed tableware and some serious fine dining with a good touch of theatre.

From vintage rolexes to the latest Tag Heuer, Ryan Gosling’s watch collection is a lesson in...