What is Biophilia and Why Are People Filling Their Homes with Plants? - Oracle Time 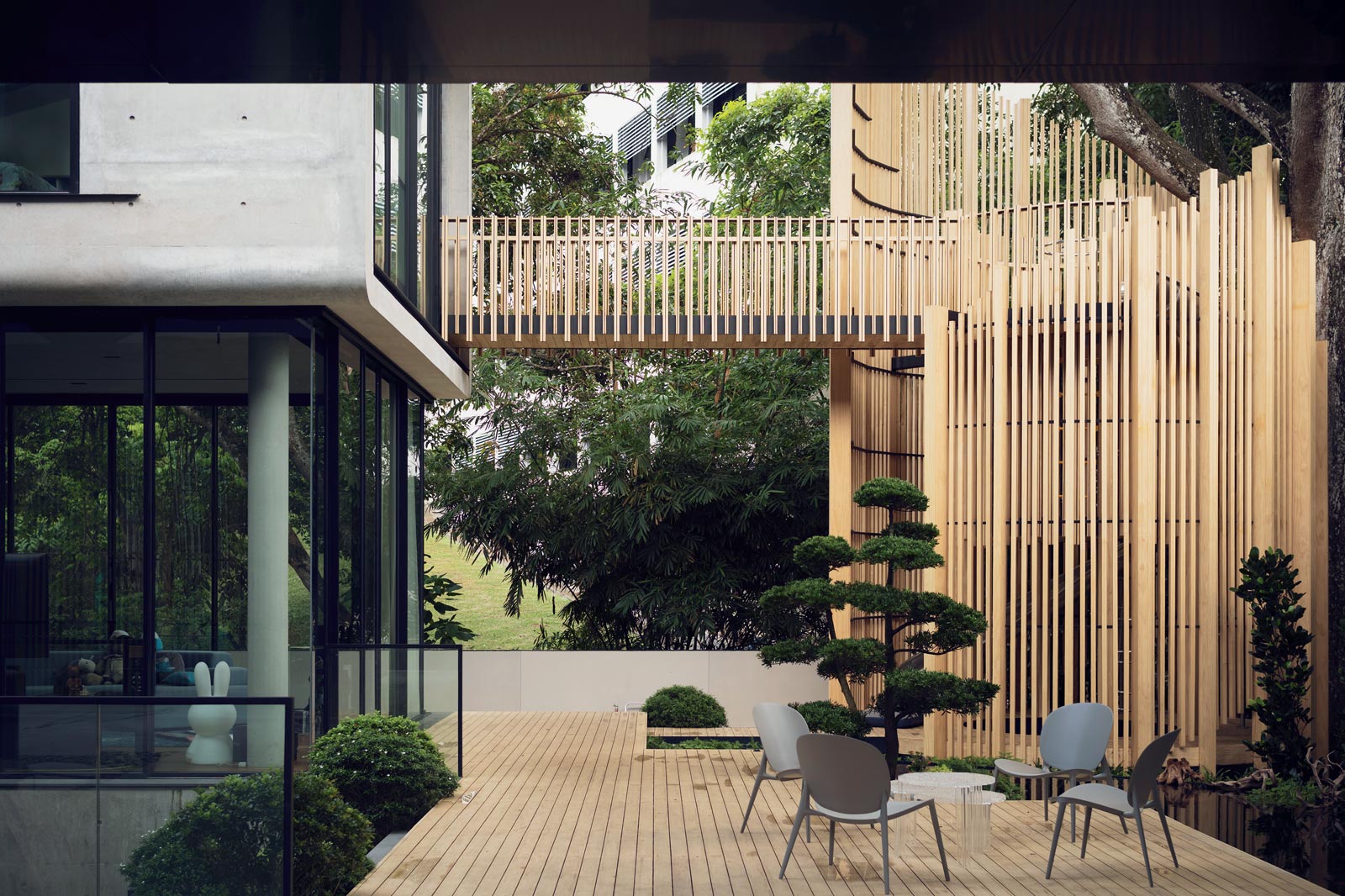 While interior designers are increasingly factoring sustainability into their projects, a less talked-about offshoot of eco design is finally coming to the fore: biophilia. Biophilia, a belief that humans are innately attracted to nature, is a term that was first used by American psychoanalyst Erich Fromm in his 1973 book, The Anatomy of Human Destructiveness. Another book, Biophilia, by Edward O Wilson (1984), a Harvard University biologist, also put the word on the map.

But what does biophilia mean in the context of interior design? MK Leung, Director of Sustainable Design at Hong Kong-based architects Ronald Lu & Partners, elaborates on its principles and applications: “Wilson postulated that in urban environments we need daily contact with nature to be healthy and productive. Common applications of biophilic design include use of natural forms, natural materials, daylight and views out of buildings on to nature.” 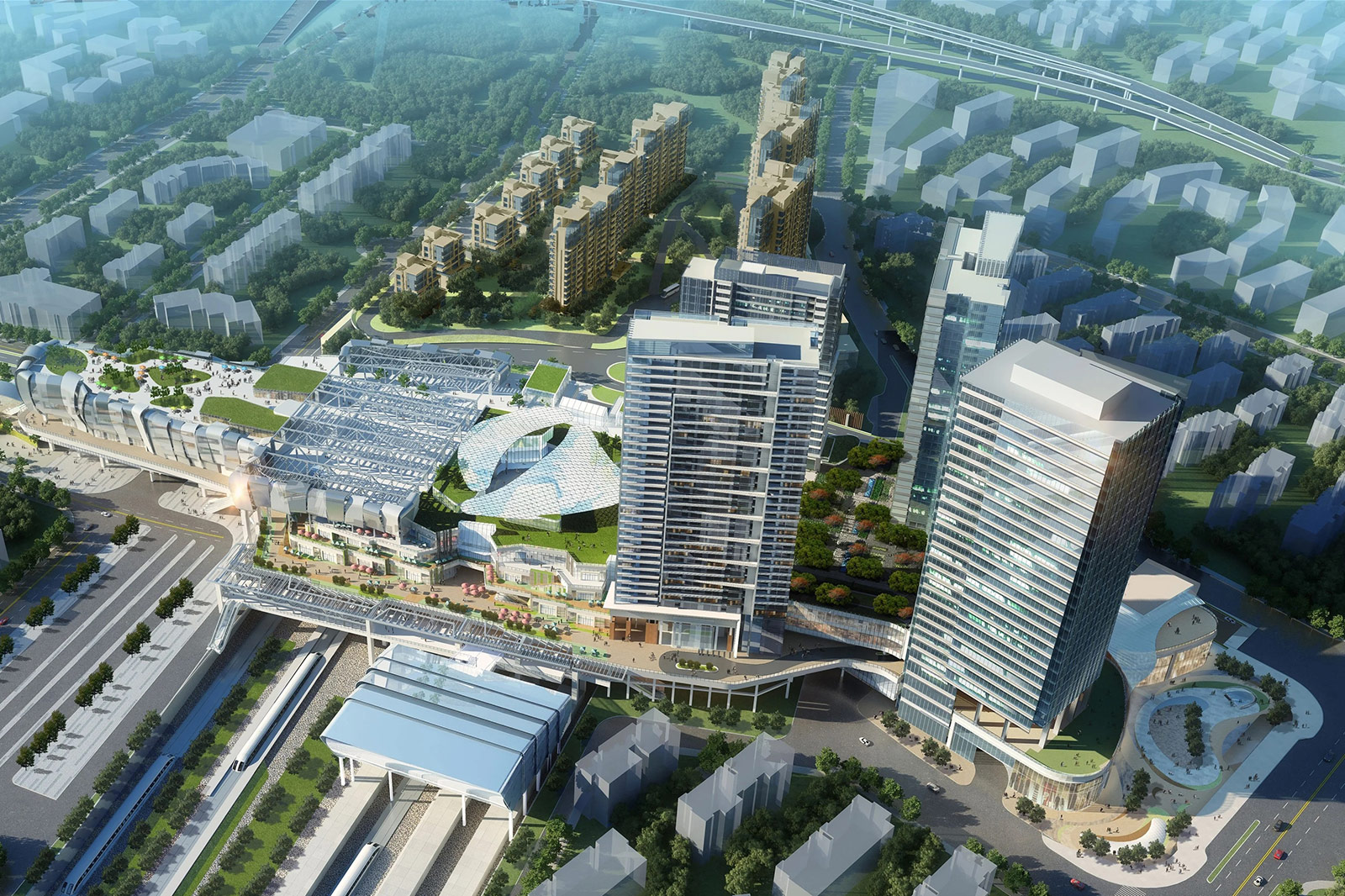 I remember him talking to me about biophilia around 10 years ago, and while it piqued my curiosity, it seemed a minority topic. Speaking to him today, he tells me that a childhood love of nature sparked his interest in biophilia: “I grew up in Brighton and spent my childhood running wild, climbing trees, building dens. Aged 10, I decided I wanted to be an architect. Later, when I was working on Changing Rooms, I felt there wasn’t enough discussion around sustainability so I made it my mission to talk about how design could not just reduce its impact on the environment but also boost wellbeing. Over time, I discovered biophilic design.”

The pandemic has fuelled interest in biophilia, he stresses: “The cabin fever many of us suffered during lockdowns made us want to reconnect with nature, which helps us to manage our mental and physical wellbeing.” 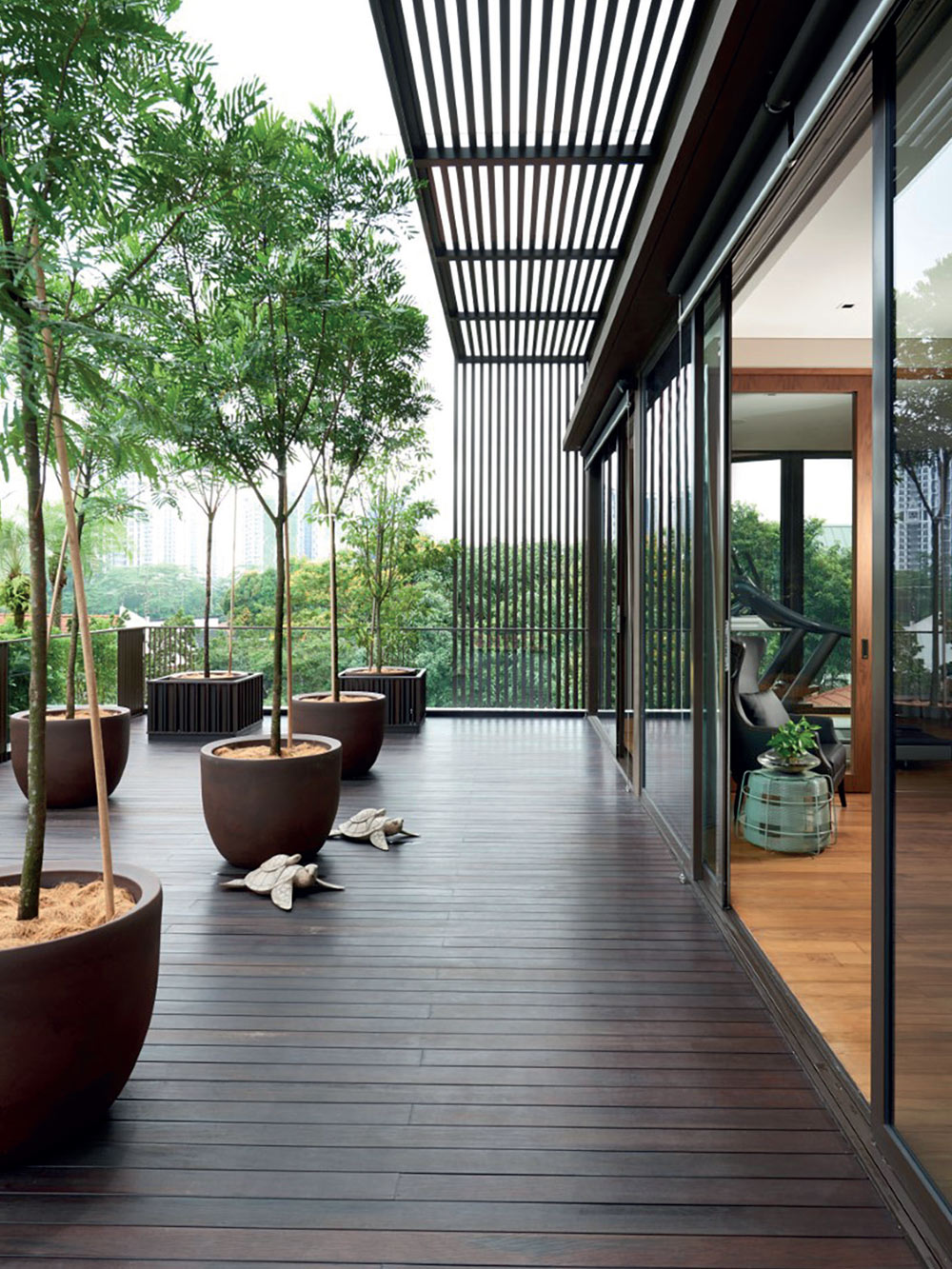 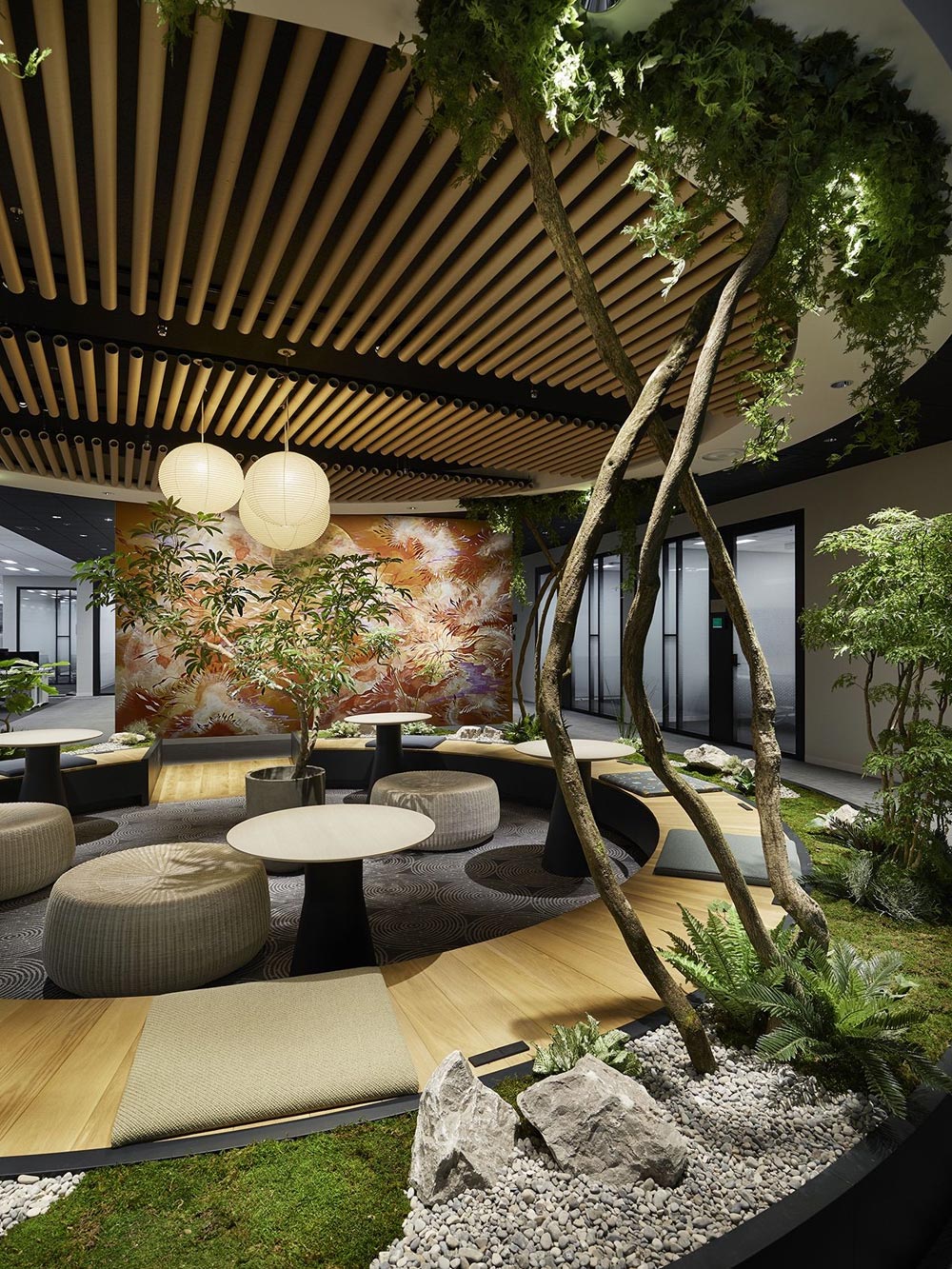 He divides biophilia into three rough categories: direct biophilia, which entails making physical contact with nature via natural light, fresh air and plants; indirect biophilia, which refers to objects that mimic or evoke nature, such as blue and green that connote, sea, sky and grass; and the use of natural materials such as wood and stone.

Wooden furniture, such as Tasmanian-born, London-based Brodie Neill’s Made in Ratio collection, can be classified as biophilic. This includes his Cowrie chair which, made of bent plywood, is inspired by the concave lines of seashells. Along with Neill’s Atlas table, his Cowrie chairs grace a London house desiged by David Adjaye, featuring plant-filled courtyards that emphasise its closeness to nature. 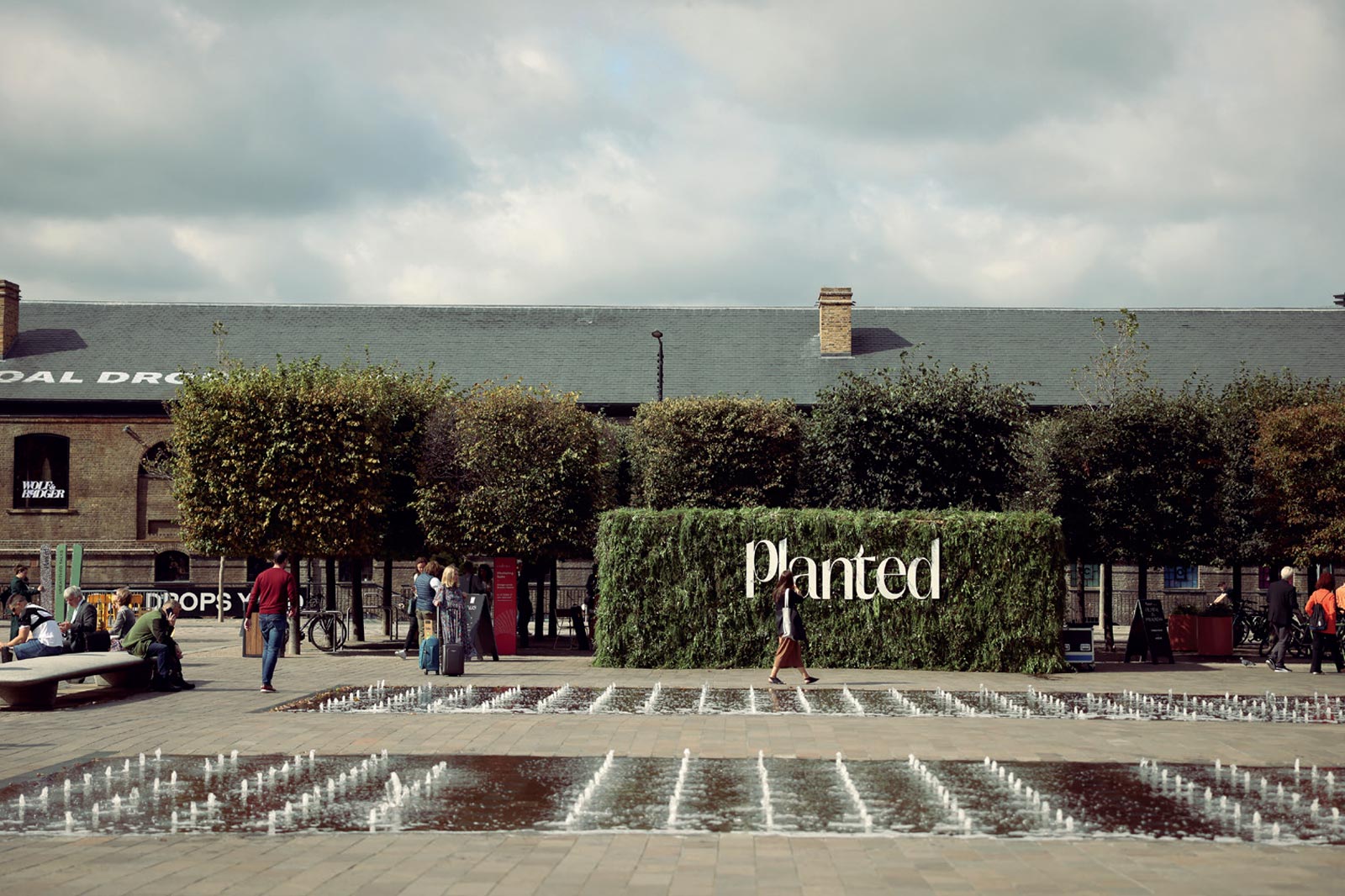 “A mutual friend introduced us to Oliver and the concept of biophilic design in 2019” recalls Spencer, whose previous venture was the exhibition Designjunction, a popular LDF fixture. ‘It was a Eureka moment as it provided us with evidence-based arguments as to why we should all be designing our homes and workspaces with nature and the environment in mind.” 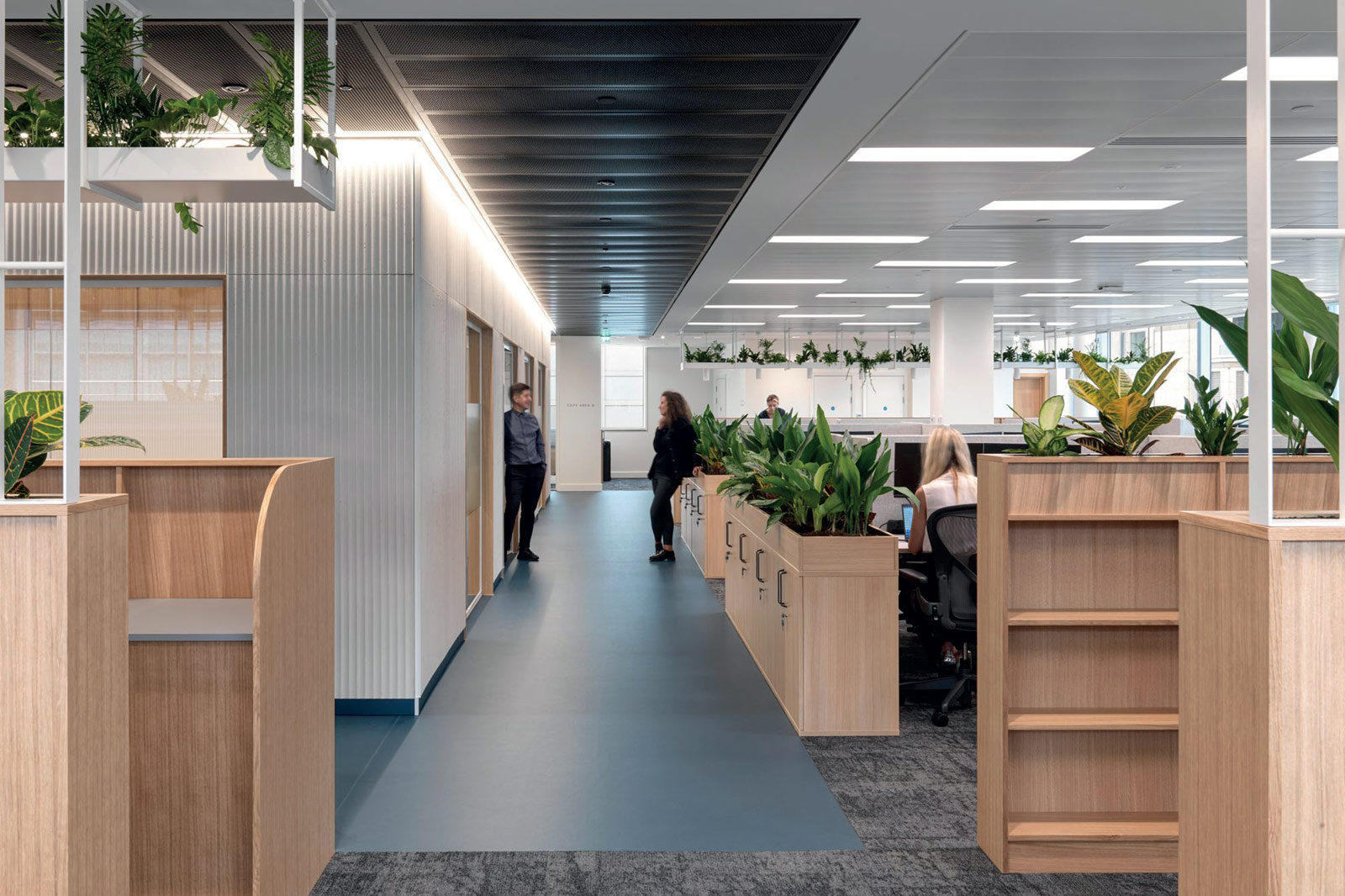 A recent London project that features biophilic design is the World Bank’s new London office, designed by Threefold Architects. “The client was keen to include plants but we proposed that they be a central element,” says Matthew Driscoll, a director of the practice. “We take a human-centred, wellness-focused approach to design, and plants play a significant role in contributing to a healthy environment thanks to their air-filtration properties and soothing effect. In this project, bespoke hanging planters and vertical screens create subtle separations within the space, while providing areas of privacy.” 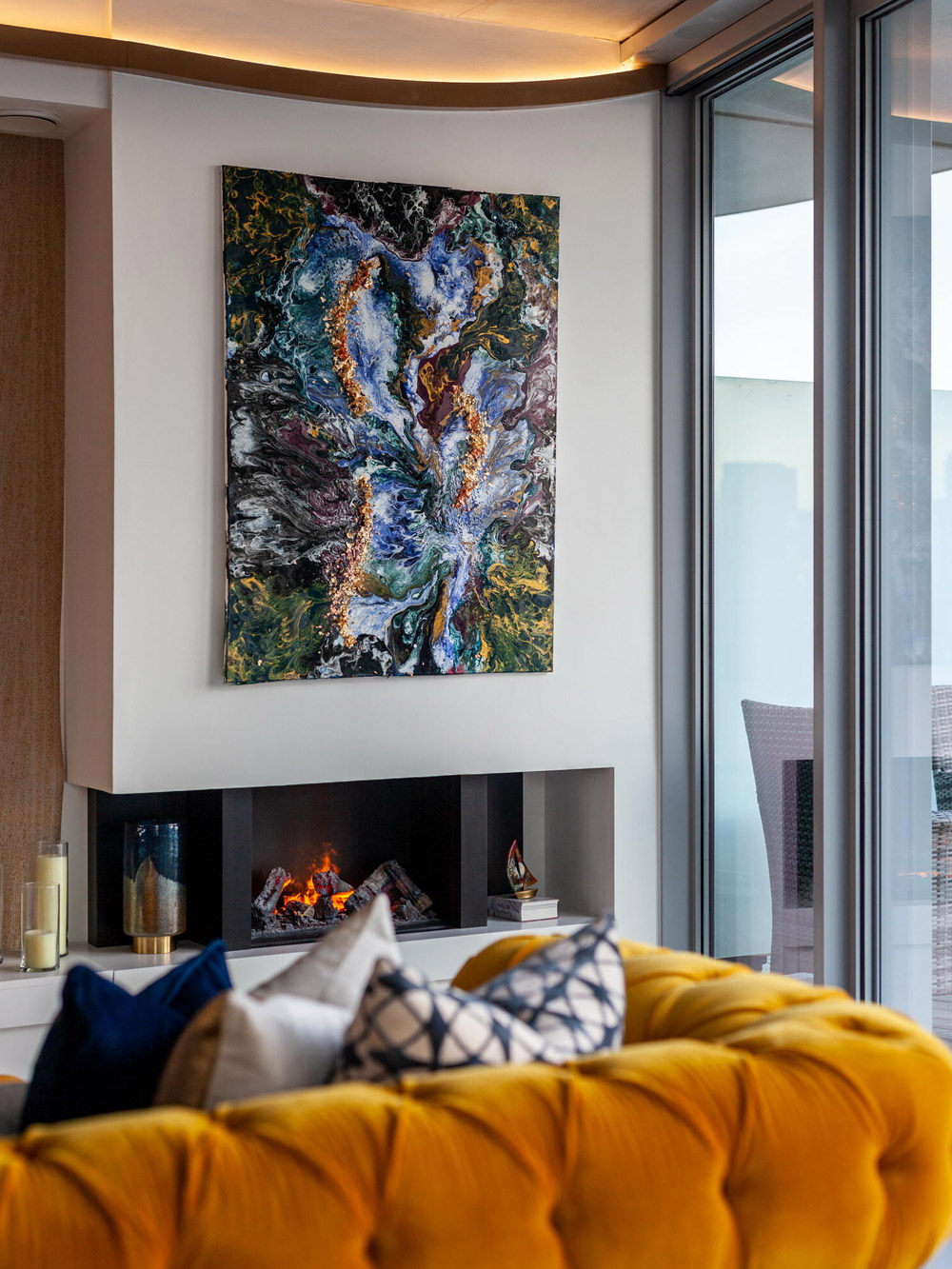 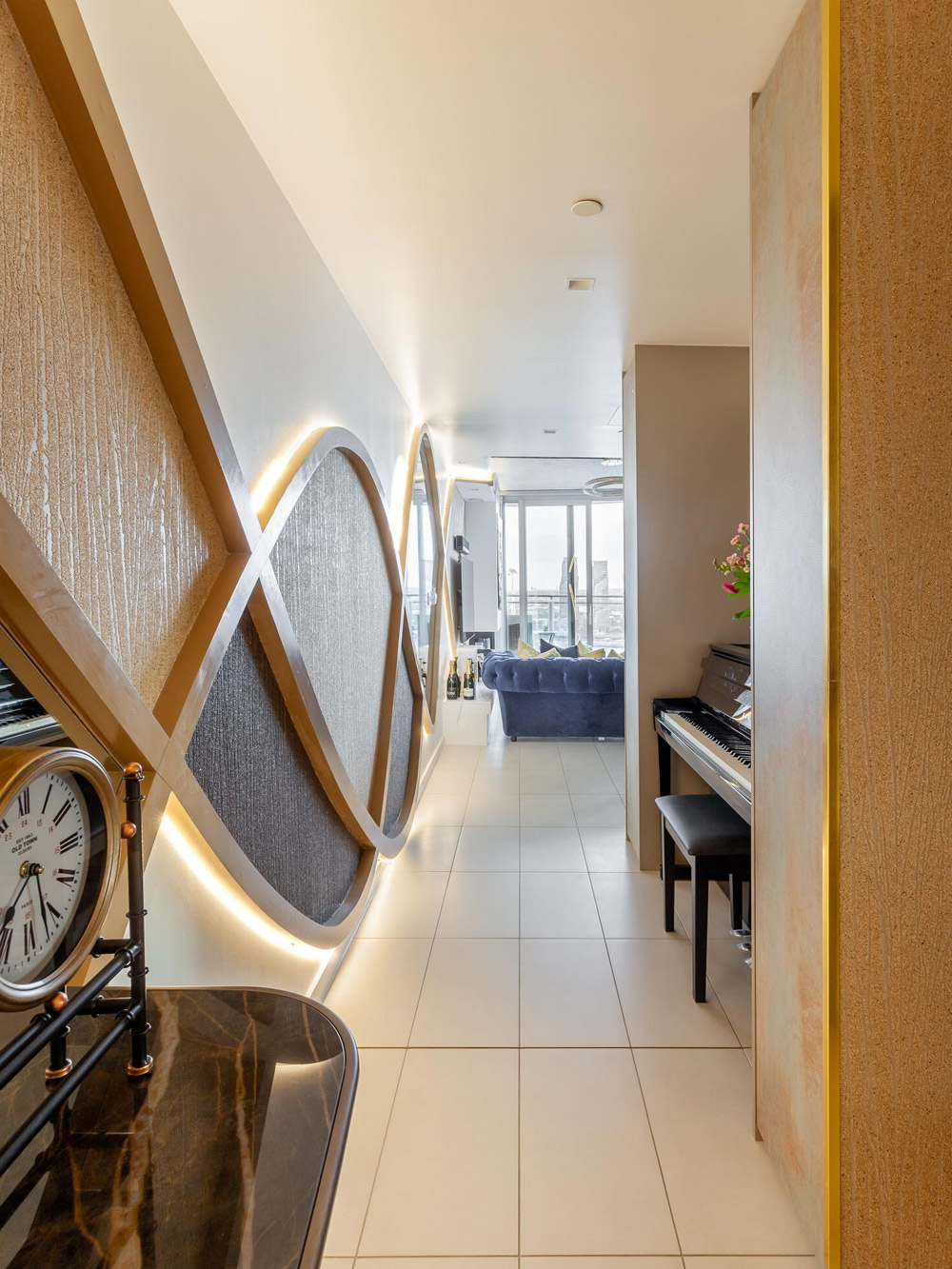 Another biophilic London interior is the Hoola apartment, designed by Debbie Flevotomou, who touches on another aspect of this philosophy. “The drama of the unexpected that can be experienced in nature. The apartment combines biophilic elements, mimicking nature’s ability to surprise in the form of dramatic effects,” she says. The interior is determinedly organic, with curvilinear elements evoking waves, a serpentine river or perhaps a double helix. 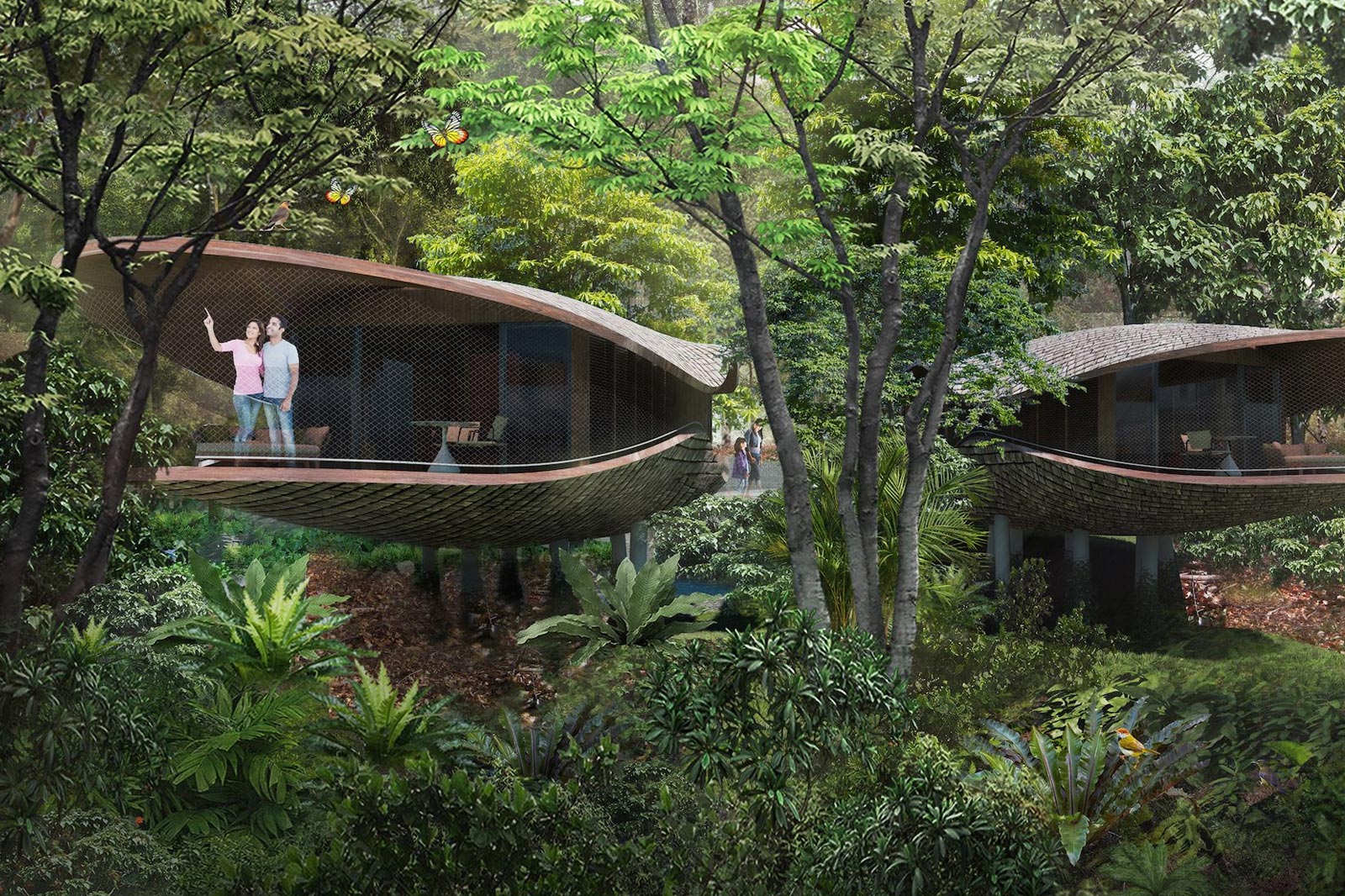 One country that espouses biophilia in earnest is Singapore. The government there has introduced initiatives to cool the tropical island and its highdensity architecture through the addition of roof gardens and internal courtyards that optimise natural light and ventilation.

Singaporean interior design company Designworx has designed a penthouse which blurs the boundaries between a plant-filled roof garden and living room, creating a large open lounge area. “Low shrubs flanking the shaded seating area bring a slice of nature here while ensuring an uninterrupted panoramic view,” explains design director Terri Tan. “We try to orientate sofas, beds or desks to face windows so our clients can chill to a setting sun, wake up to a glorious view of nature or take a break from Zoom meetings by focusing on the skyline outside.

“In terms of plants,” she adds, “a favourite is yellow palm – a multi-stemmed plant with golden-yellow leaves that is hardy and thrives in sun or shade and helps to purify the air.” 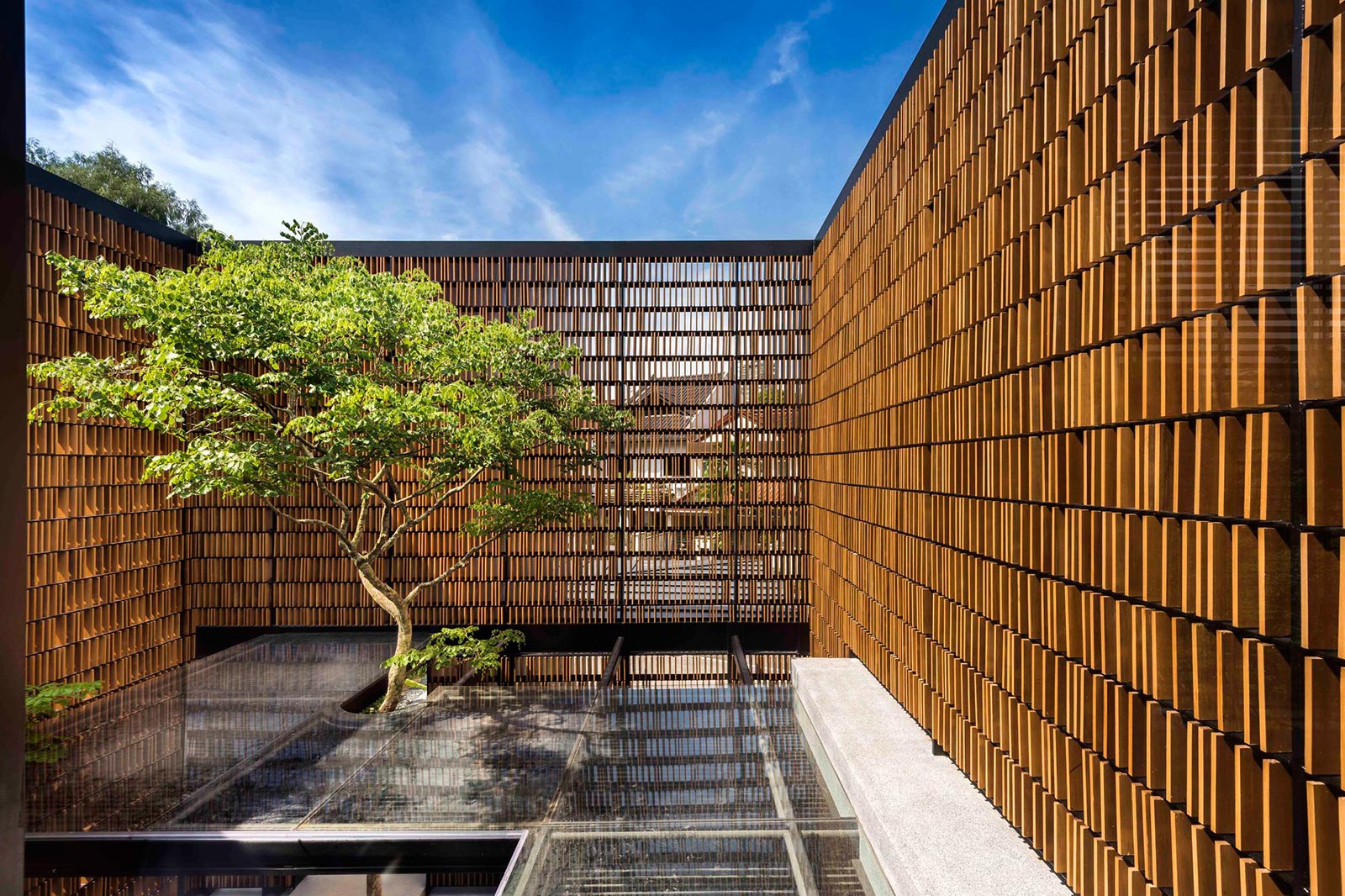 Another Singaporean architecture practice, Park & Associates, managed to integrate a rain tree into one of its residential projects. “It’s a beautiful 20m-tall tree, which we took great care in retaining,” says Christina Thean, a director at the practice. “It supports part of the architecture, providing a treehouse our clients love spending time in. Besides engaging with nature, the treehouse connects a part of the history of the site to its inhabitants. We think this sense of being part of something larger than ourselves is a meaningful way to facilitate a deeper connection between our environment and us human beings as a biological species.”

This project – which allows its owners to commune at such close quarters with nature – could easily have sprung from the minds of biophilia pioneers Erich Fromm or Edward O Wilson.

Dominic Lutyens is a freelance arts journalist of some years’ experience, and has three books under his belt, including 70s Style and Design, co-authored with Kirsty Hislop. 'My thanks to Oracle Time for commissioning my piece on biophilia: I confess to having been pretty green about the subject until the designers and pundits I spoke to enlightened me about it.'