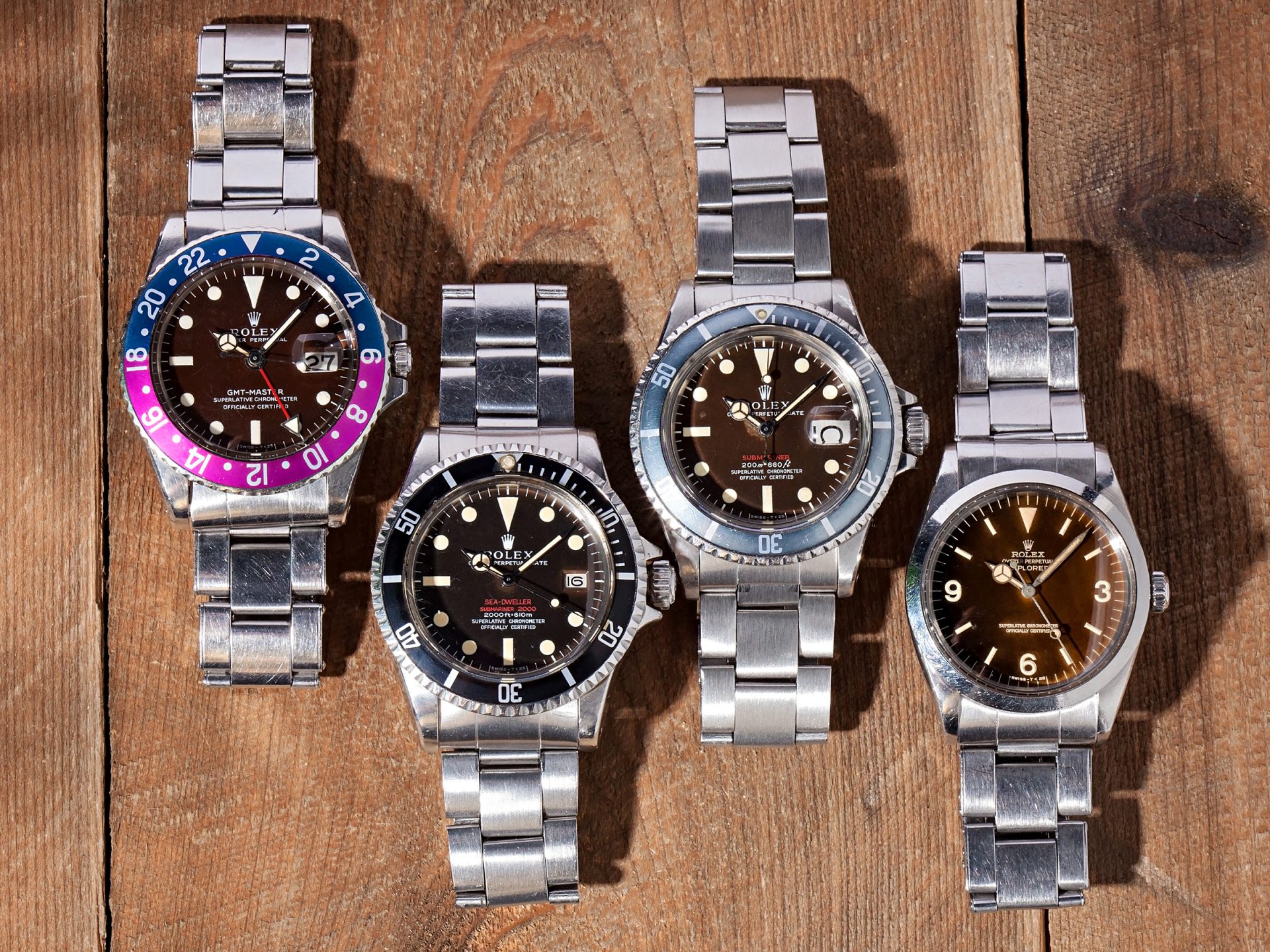 The world of vintage Rolex collecting is equally both complex and could be considered booby-trap laden. Understanding the nuances of the minute differences between the various dials and bezel inserts could drive even the most studious horophile insane. The neophyte and seasoned collector alike can easily be duped into parting with significant sums of money for watches that aren’t what they believe they are and, interestingly, now many dealers openly admit that they too get baffled by the neurotic nuances that are inherent in old Oysters. Alongside the often misused sales tagline ‘unpolished’ sits the adjective ‘tropical’. What exactly does tropical dial mean and how does the phenomenon occur? Let’s take a closer look. 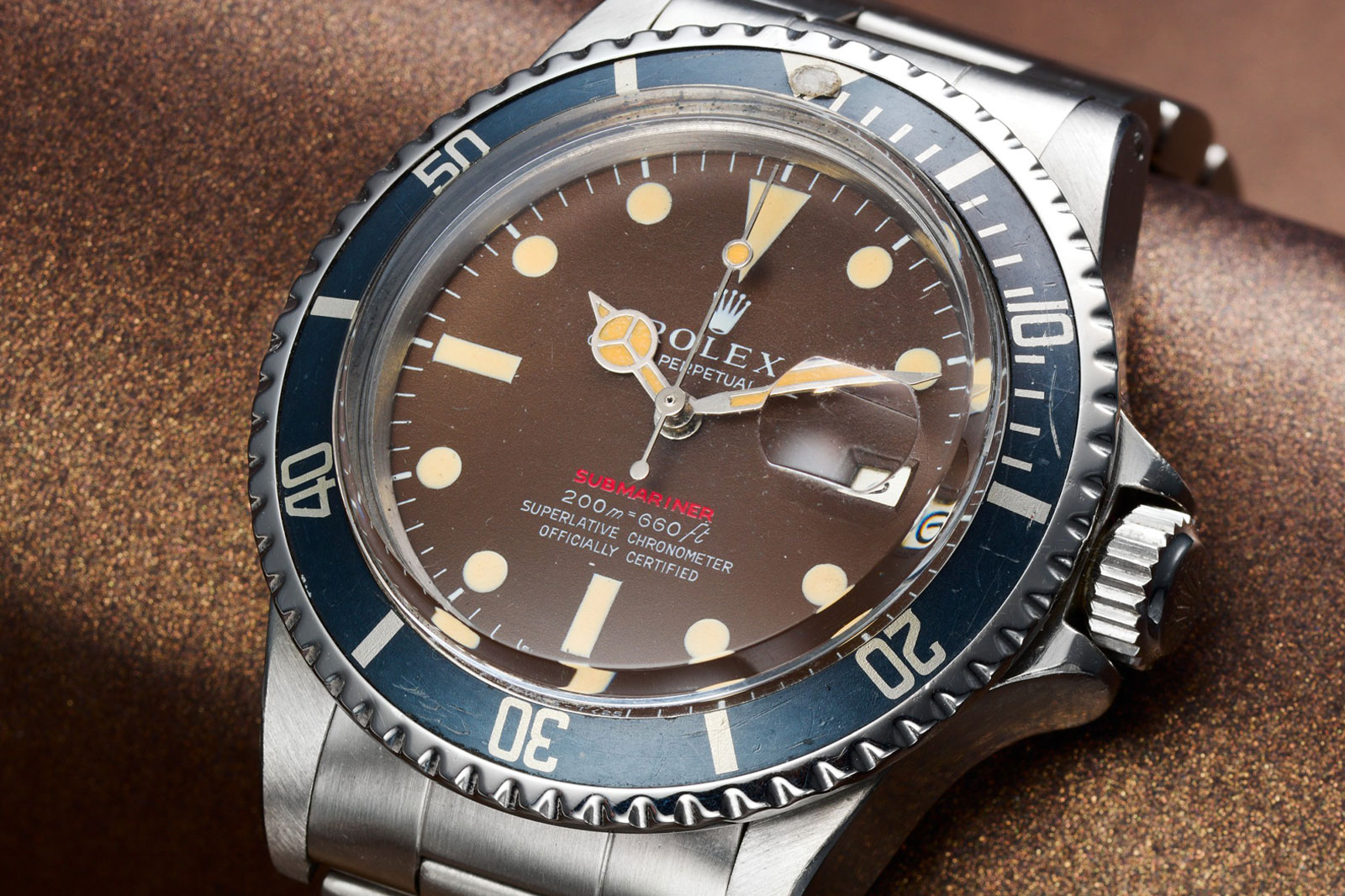 The term tropical is applied to numerous brands including, but not limited to Rolex, Patek Philippe, Omega, and Tudor. The term originates from the early days of the Vintage Rolex Forum (VRF) when in the early 2000s a group of like-minded passionate Rolex collectors would virtually hang out and discuss all things Wilsdorf. In fact, what is either forgotten or unknown is that a huge proportion of what is generally accepted as ‘gospel’ when it comes to vintage Rolex, was actually discussed, dissected, and defined during the VRF’s heyday. 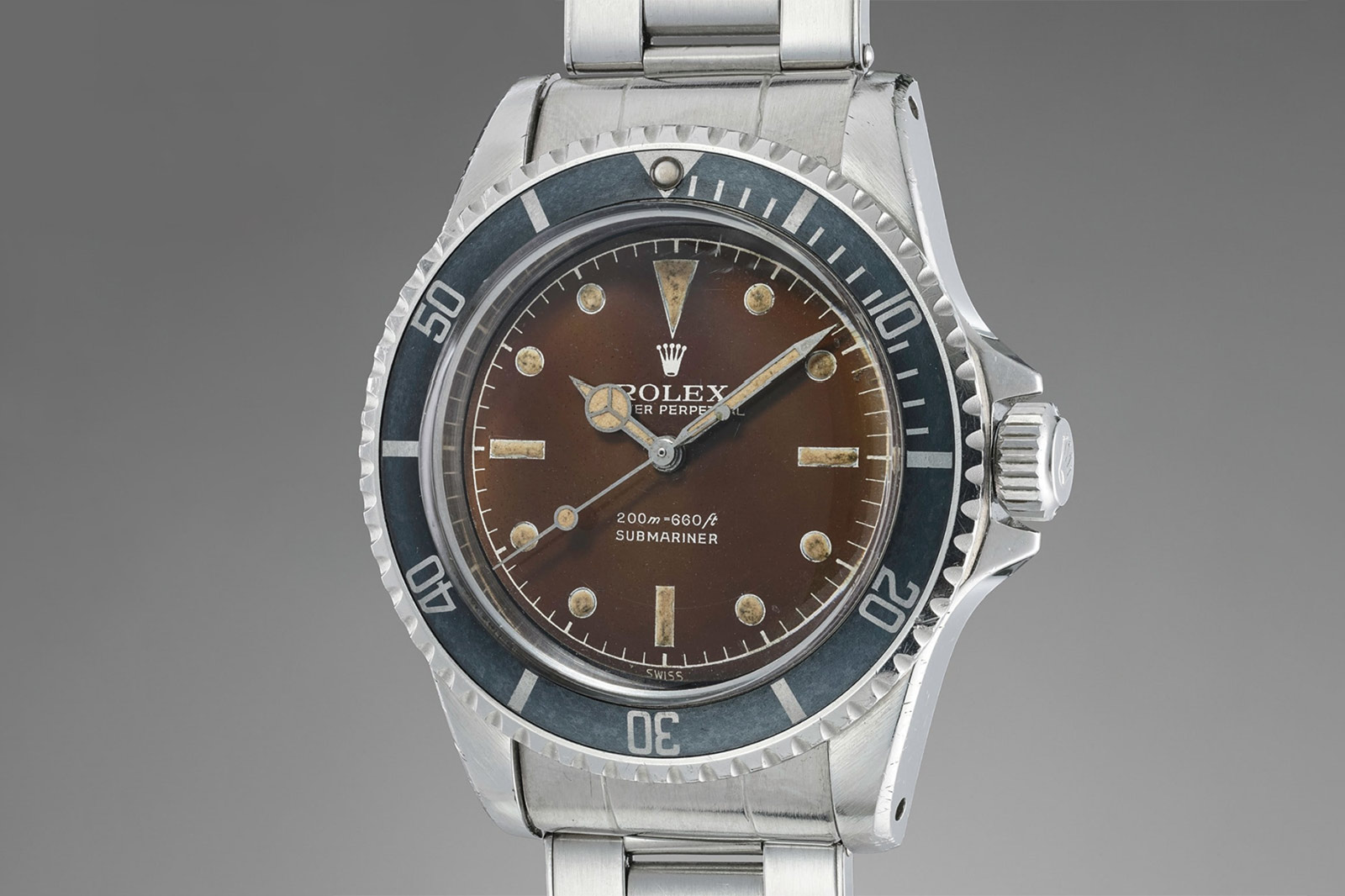 One such subject is tropical dials. There is an aging process that occurs in watches from the 1950s and 1960s where the original black glossy dials on Rolex watches turn brown. The change in hue is unique and can range from dark brown to a light caramel tone, and anywhere in between. It also isn’t always a consistent shade on each dial, with single dials being sunrise-esque in the spectrum of colours across it in some cases.

What is certain, however, is that these dials always carry a premium and are highly prized by collectors. That’s because a tropical dial helps to accurately determine when the watch was produced and makes it totally individual, effectively making each watch an unintended limited edition and piece unique. 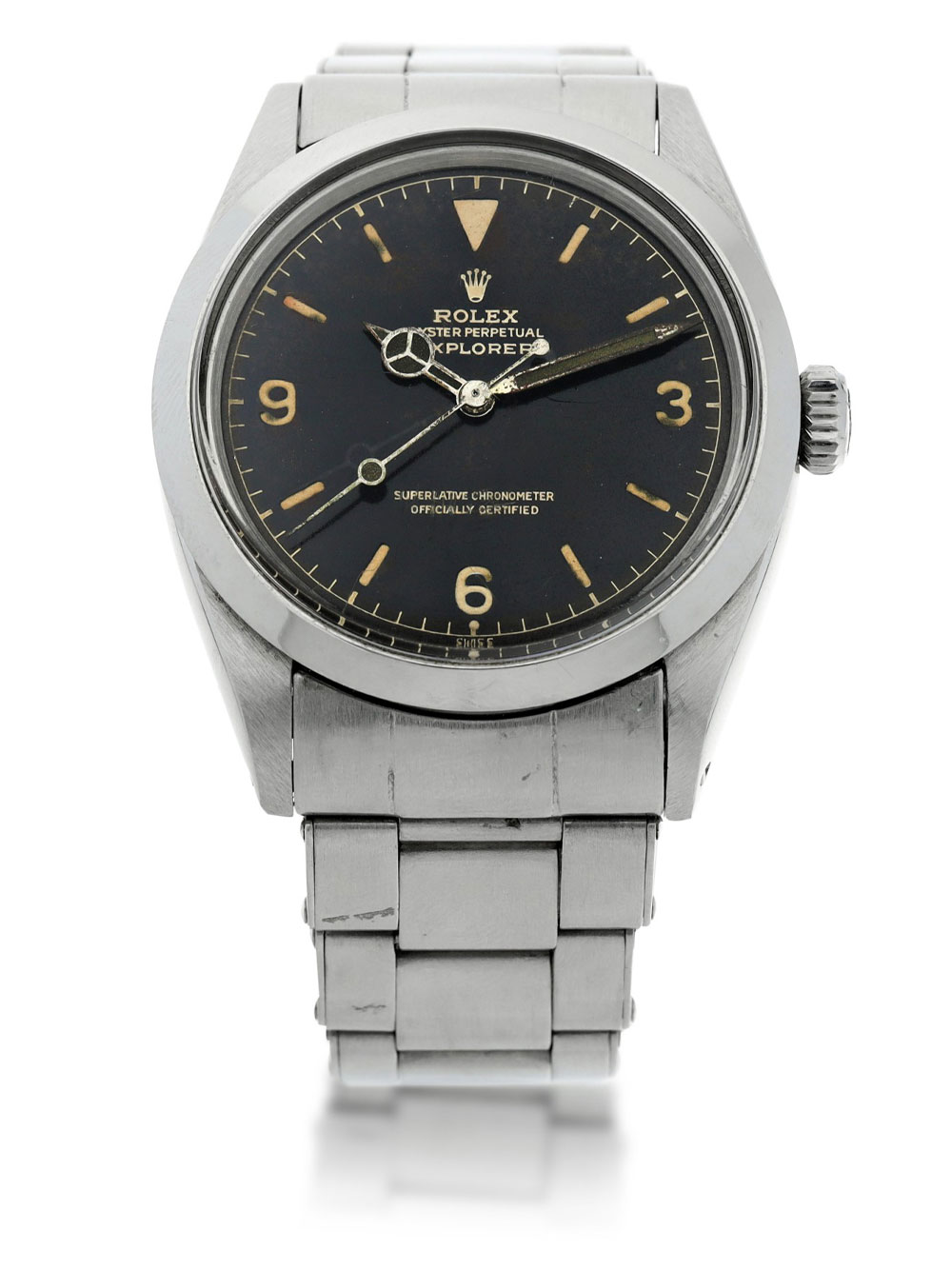 The tropical colour change is believed to be as a result of UV light on the dial, with early discoveries coming from warm sunny climates such as South America and other tropical places, hence the nickname. Rolex sports watches from the 50s and 60s were fitted with what collectors term gilt dials. In simple terms, although nothing is truly simple with vintage Rolex, gilt refers to the gold lettering on the dials.

The text is not printed on the gloss surface, but is actually relief print; the gilt text is actually the brass base plate of the dial with the base colour of the dial applied via a galvanic process (an electrical process not dissimilar to gold plating). The dial then has a lacquer applied to protect it. 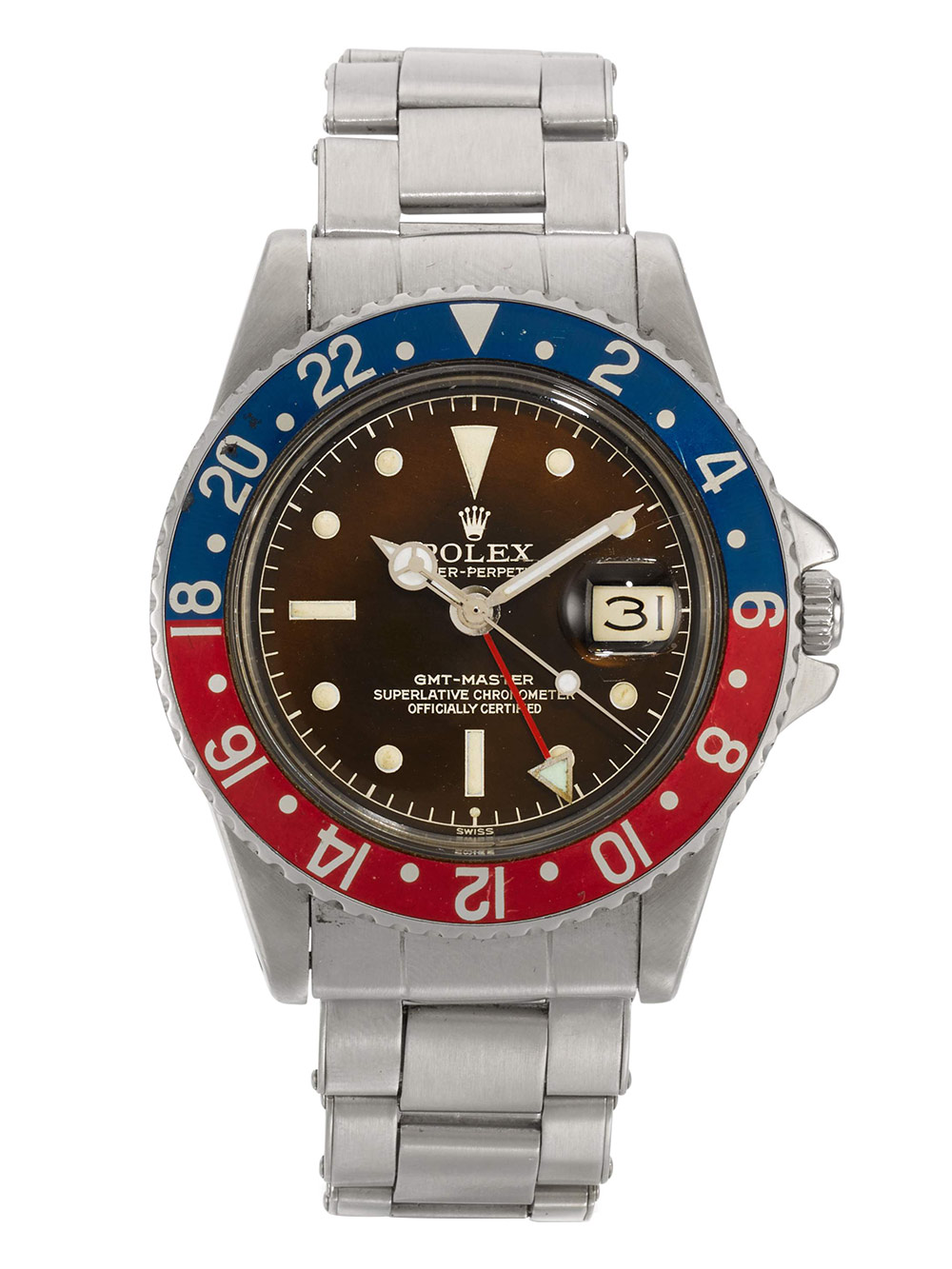 There is a theory that during this time, Rolex developed a lacquer that was primarily to protect the dial from UV light damage and that it conversely actually exacerbated the issue. We’ll never know if this is true, but what is certain is that true tropical dials have the lacquer layer fully intact and undamaged, without the blistering and hairline cracking that can so often be seen on these old dials.

And this is where the issues begin with the misuse of the term tropical. Moisture ingress will, over time, damage the surface of a dial, including the dial sometimes turning brown. This is not a tropical effect and yet often these watches have been marketed as such to try and squeeze a premium out of what is essentially a damaged dial. Rolex aficionados refer to these as ‘shitage’ dials, but I’m too polite to say that in company. Oops… 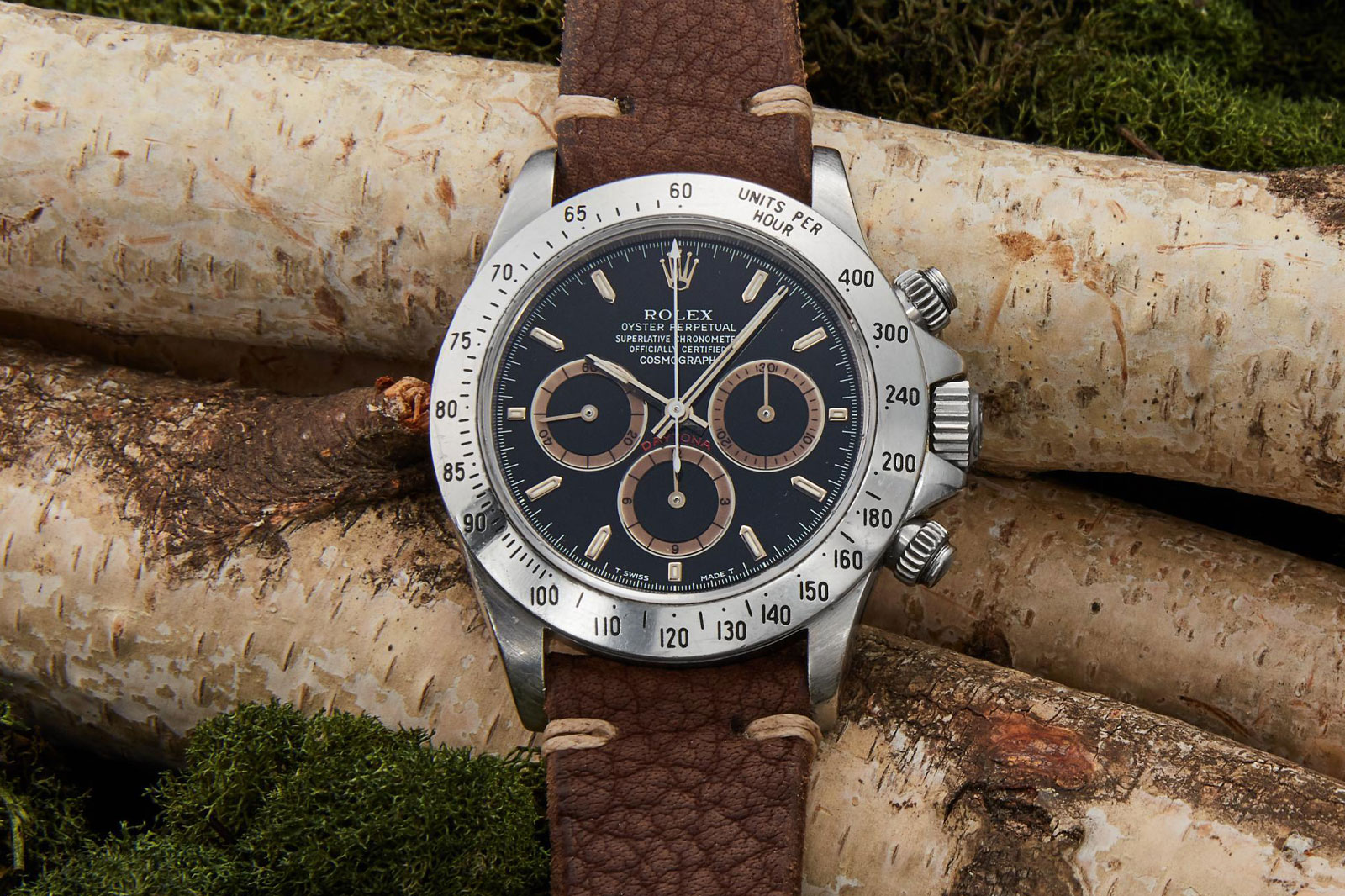 As the 60s turned into the 70s, so Rolex phased out the gilt dials and welcomed the ‘matte’. These dials had a flatter finish, hence the nickname matte and were fitted to sports watches until around the mid-1980s. Interestingly these dials can also turn brown naturally over time, most notedly on Submariners and the subdials on Daytonas.

The colour change exists in other models and references too including blue Submariner dials from the 80s that have turned purple, and white dials in early in-house movement-era Daytonas that turned cream, known as ‘Panna’ dials. These tend not to be referred to as tropical, but as colour change dials. Do they make the watches more desirable? Yes. Does this change add a financial premium? Probably, yes. Does it make the watches look cooler? Oh yes, absolutely!

Ross is the founder of TudorCollector.com, the preeminent online resource for all things Tudor. What he doesn’t know about vintage watches from both Tudor and by extension Rolex simply isn’t worth knowing.