There are collectors for anything, no matter how unusual. Watches are a relatively common thing to build into a collection, but everything from stamps to art to preserved brains in jars (I’m genuinely not kidding there) can find their audience of wild-eyed obsessives. The thing is, different as these various collectibles are (again, brains in jars) there are some similarities in the way they’re approached.

The obvious synergy is between watches and cars as has been established and hammered home on these pages and the pages of many other magazines over the ages. It’s easy to see those synergies; they’re both mechanical, they’re both tactile and they both stretch from rare vintage to mass-market appeal.

What’s often underestimated however are the similarities between haute horology and the world of high fidelity audio. Perhaps that’s because sound systems quickly get too esoteric past all-in-one systems; perhaps it’s simply because the end result is intangible to anyone without a well-trained ear.

It goes beyond them both merely being mechanical. There are manufacturers in audio with the same kind of personalities and audiences as watchmakers, the same kind of ethos in design, quality and subtlety – or lack thereof.

Let’s start with something incredibly out-there and take Ixoost as an example. They’re big, they’re bold and they’re made in imitation of Lamborghini exhausts – hell, the entire rear of the car. The ESAVOX in red is the kind of statement you can’t miss from a mile away, dominating any room you put it in. It’s also more than novelty, being incredibly well-built for a wireless player. 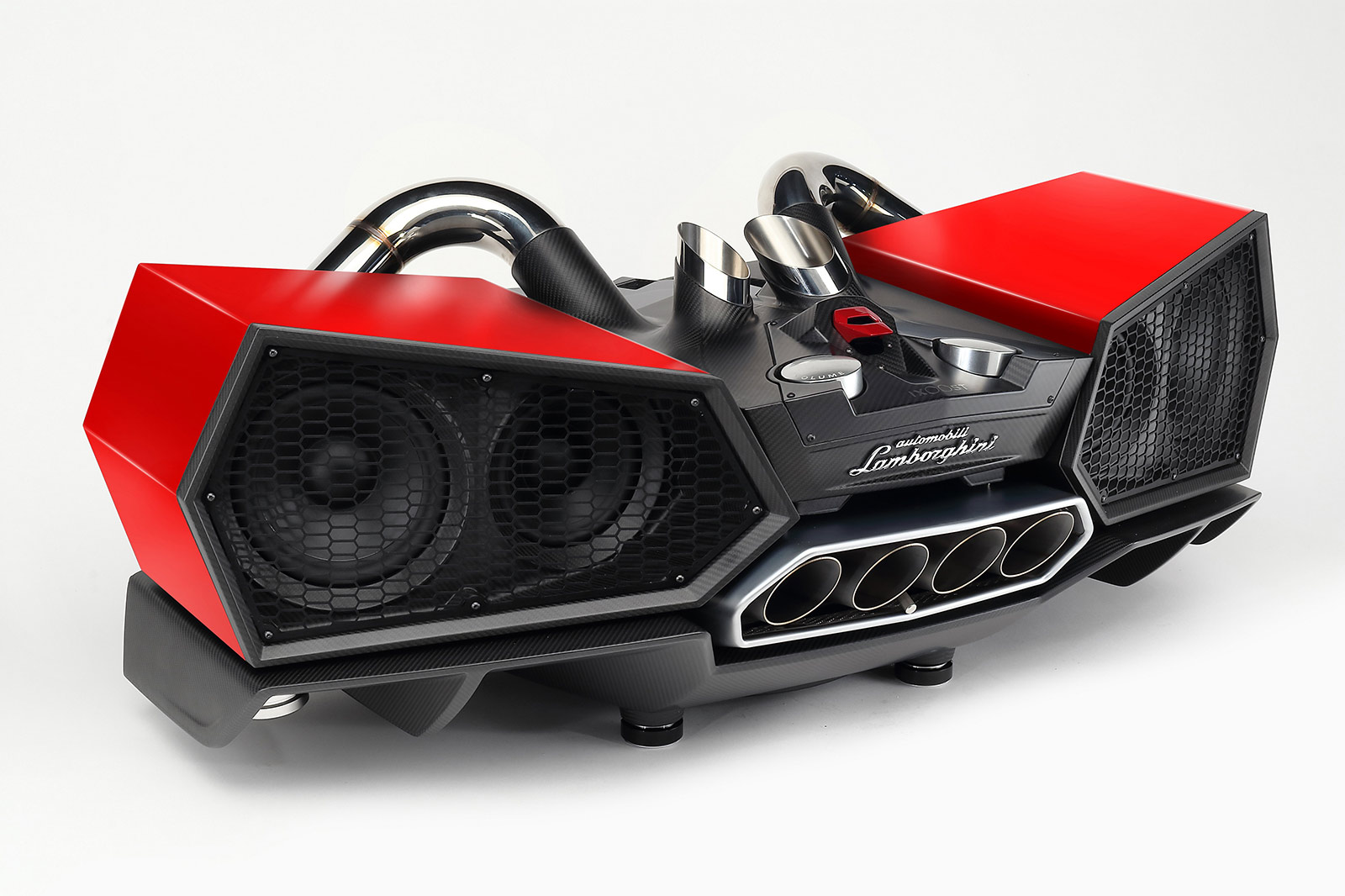 So what would the horological equivalent be? That should be obvious: Hublot. Who else dominates the wrist so entirely? Who else appeals to the big, bold and completely unapologetic look of the Ixoost? The Richard Orlinksi watch even matches the same exact flash of red. It also just so happens to be the same price – well, provided you switch the €19,900 for the speaker to pounds, anyway.

Looking for something at the opposite end of the scale with the same functionality? Look at Ruark. They’re far more restrained, both in terms of price and design, but just as well-built. They’re what we would call entry level, but with a serious focus on value for money. So is Fears. 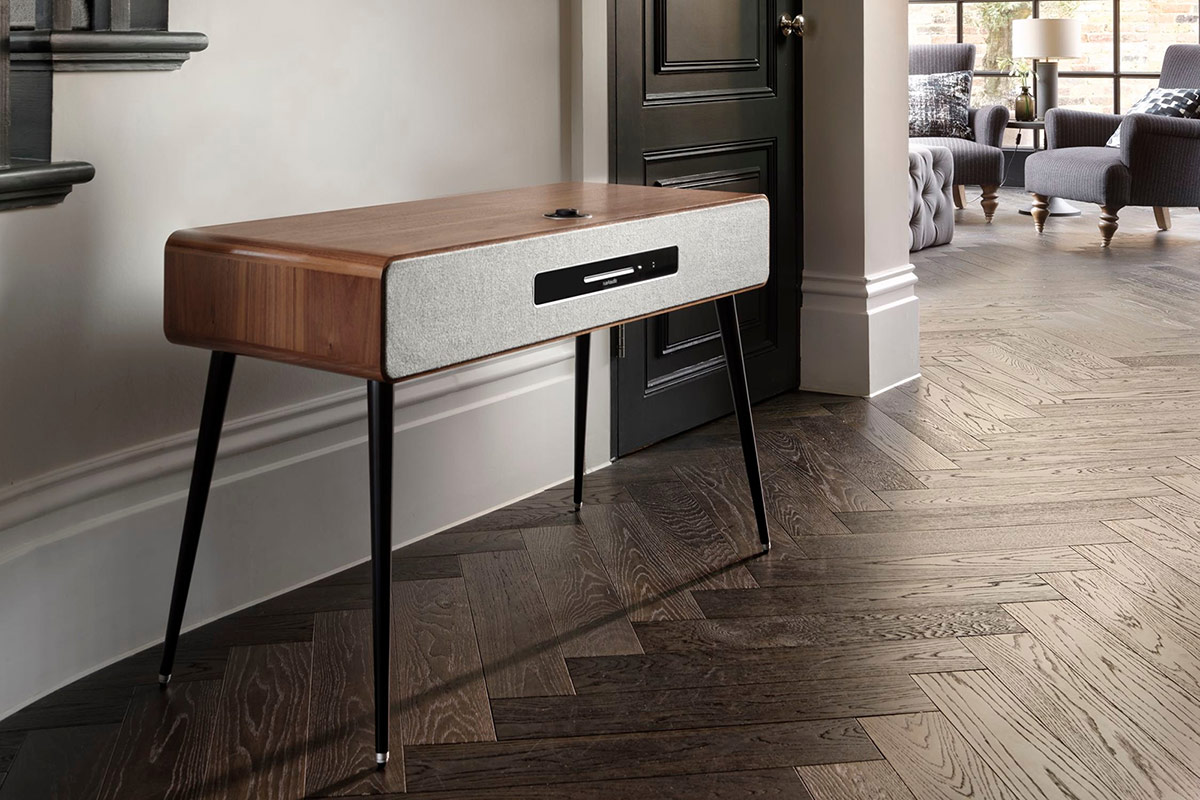 It goes far further for these too of course; they’re both painfully British, both clean and clear with their design and both harken back to the first half of the 20th century. The Ruark does it by imitating the old radiograms of the 1930s, and Fears by imitating archival models from that exact period. Both are charming, well-made and around the £2,300 mark. Well, the watch is more inside the EU. VAT’s a bitch.

Then there’s pure minimal cool. In this it’s hard to find better than the Basel-based Boenicke and their stripped-back, wood-finish range of speakers. Their whole ethos is taking things back to the drawing board and thinking “does anyone really need this?” If that sounds familiar then you’ve come across Bauhaus before – and therefore likely Nomos Glashutte. 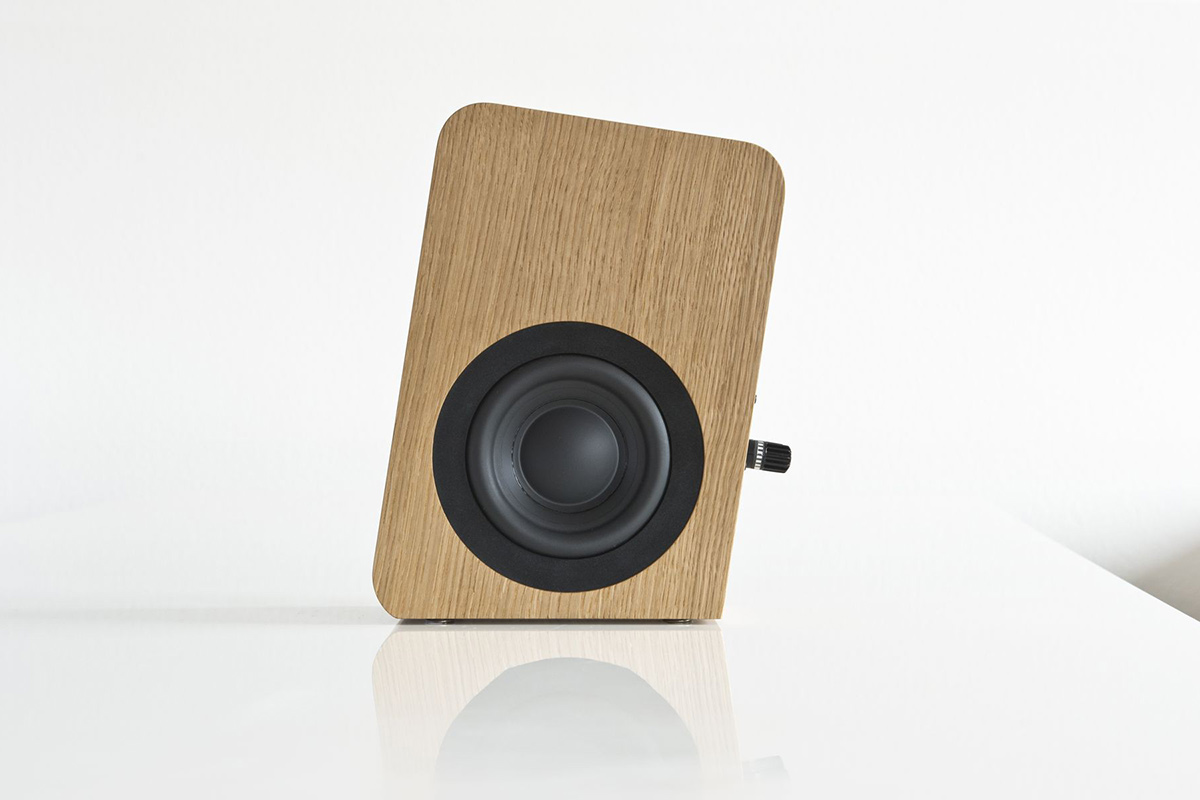 Sure one’s in Switzerland, one’s in German but there’s only a few miles between the two, and Glashutte owes Swiss watchmaking quite a lot, and look perfect next to the Metro Rose Gold Neomatik. It’s a little pricer (£8,296 to £7,200) but both balance a minimal, “does anyone really need this?” look with warm materials, namely wood and rose gold. Both brands also keep their expertise in-house, a great asset for any quality manufacturer.

In fact, in-house has become such a buzzword in watches it’s good to look at it in audio too. Monitor Audio has been keeping its expertise firmly within the company for over 40 years and its Gold series is a masterclass in value for money. Yet despite phenomenal performance, the Gold 200 speakers are just £2,900. Their perfect match then has to be the equally classically-designed Frederique Constant Moonphase Manufacture for £2,695. Both are in-house, both are insane value and both are, in one way or another, gold. 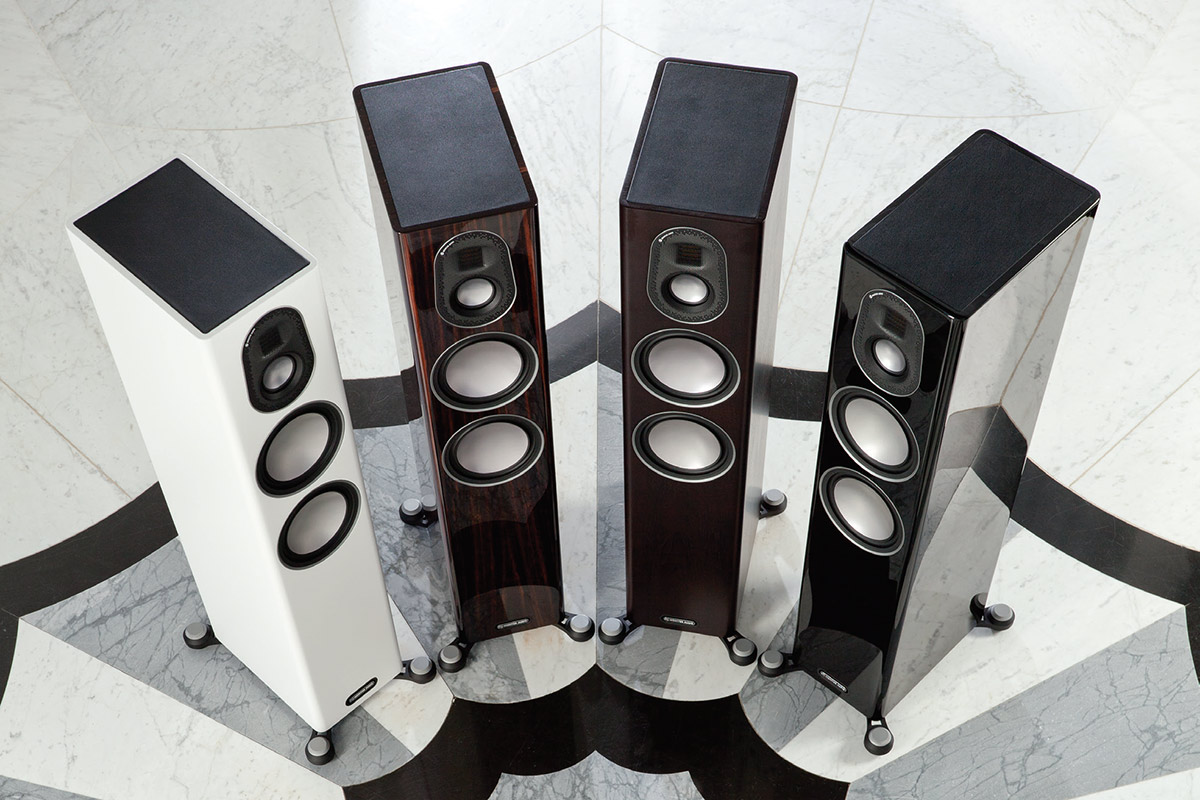 As you can see, the similarities are certainly there in personality. What about more tangible ones though? Watchmaker’s love materials and none more so than bronze right now. One of our favourites recently is the Meistersinger Metris in bronze (rather than the yellow dial we have reviewed here), so what would suit that design-led, ever-inventive timepiece? B&O.

Bang & Olufsen make some of the coolest-looking speakers around, especially their flagship Beoplay A9. Big and round, it’s a one-point music system – while the Metris is big, round and a one-hand timekeeping system. The A9 also happens to come in a lovely bronze colour. The price? At £2,099 it’s almost exactly £100 more than the Metris’ £1,990. 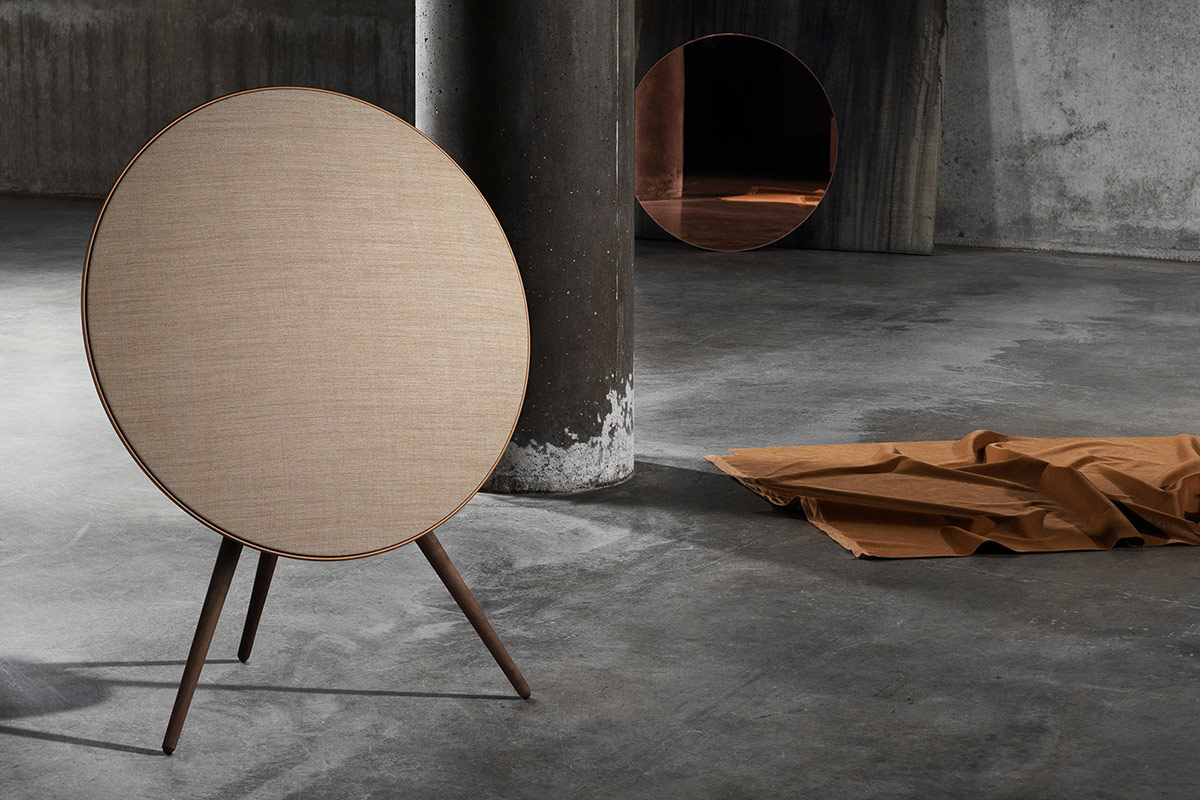 What about headphones? They’re the ultimate travel accessory and, while most are plastic crap, there are a handful of seriously cool ones out there. Luzli’s Roller MK01 are even better suited to travel than most, able to fold up to a fraction of their wearing size. Therefore they need to match with a watch equally suited to travel – namely a GMT. The original GMT – the Rolex – accrues a hefty investment, but it’s siblings version – the Tudor Black Bay GMT – is almost the exact same price as Luzli’s headphones. Both are vital for any jet-setter. 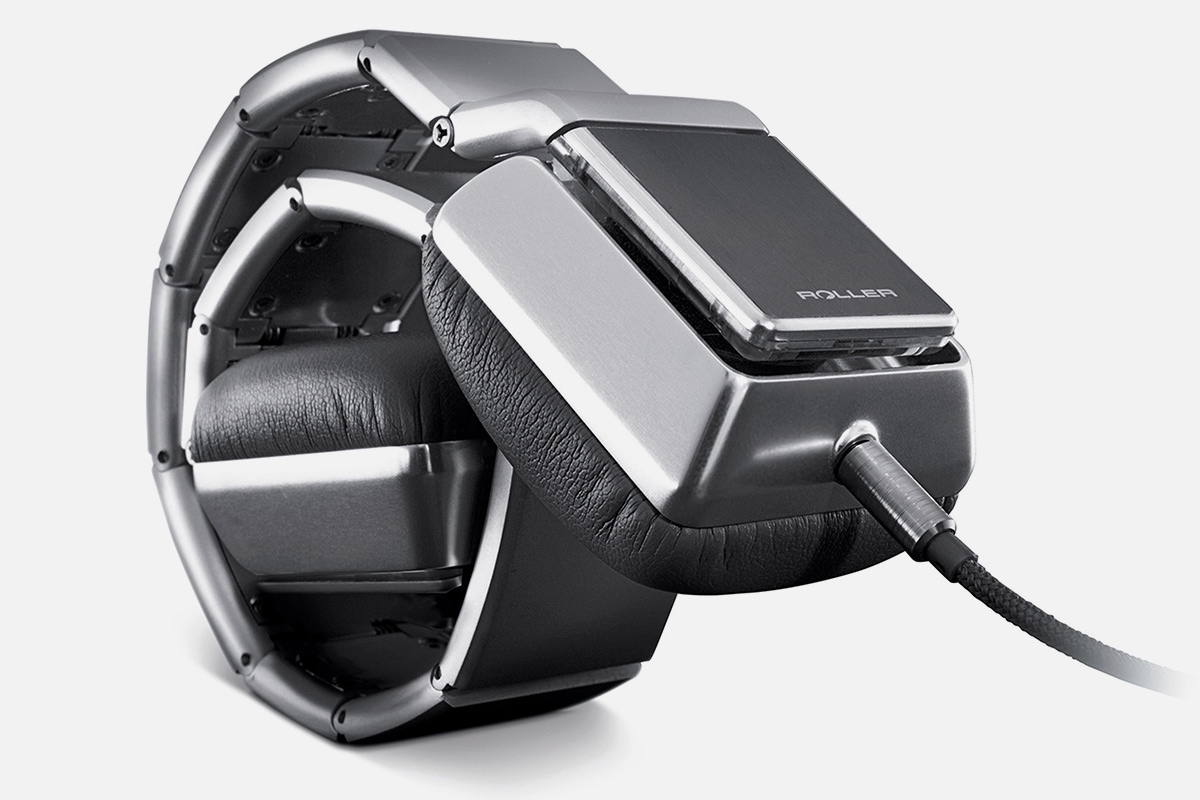 The big exception you might think would be watchmakers like Patek Philippe, timepieces designer to last for generations, the antithesis to anything technical. Linn would like to disagree. The legendary turntable manufacturer still make some of the finest record players known to man, and the Klimax LP12 (criterionaudio.com) is at the top of the pile. 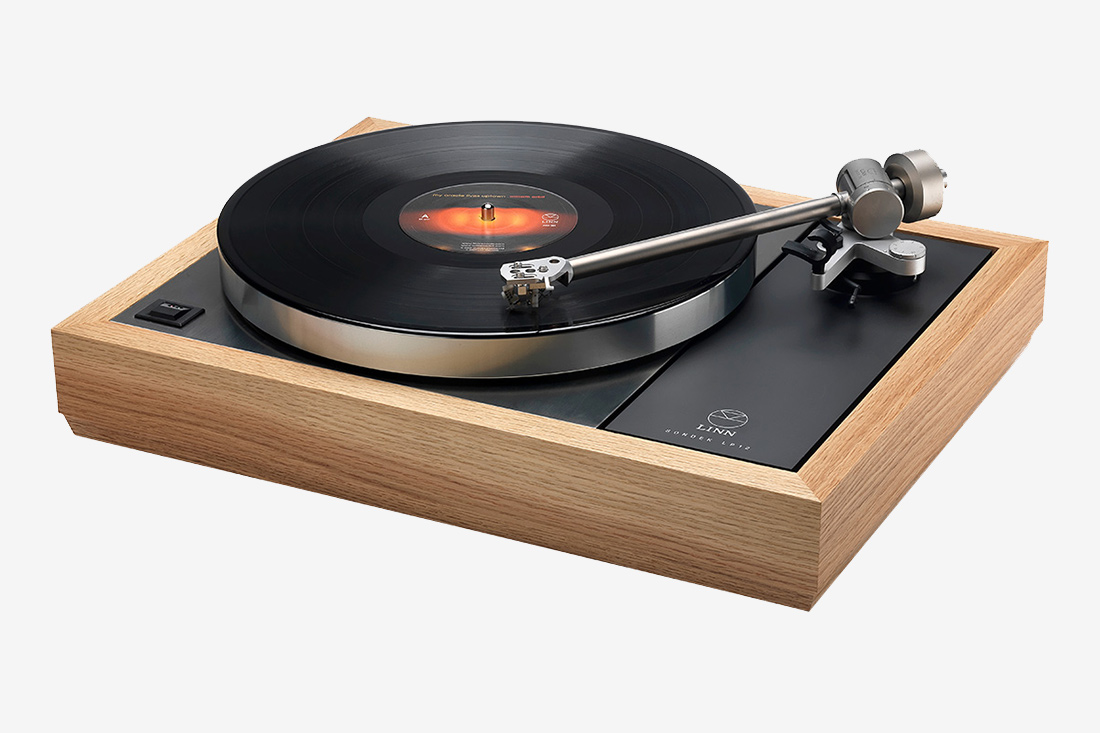 It’s an investment in the same way as any Patek Philippe; I should know. My own dad is just looking after his for me. The ideal match here would probably be the one of the Calatravas – beautifully classical and entirely timeless.

Of course, the watch world loves a good anniversary. Omega has been crowing about the lunar landing consistently since January and their latest steel Apollo 11 50th Anniversary Limited Edition is an ode to American ingenuity. So is the VPI 40th Anniversary turnable. 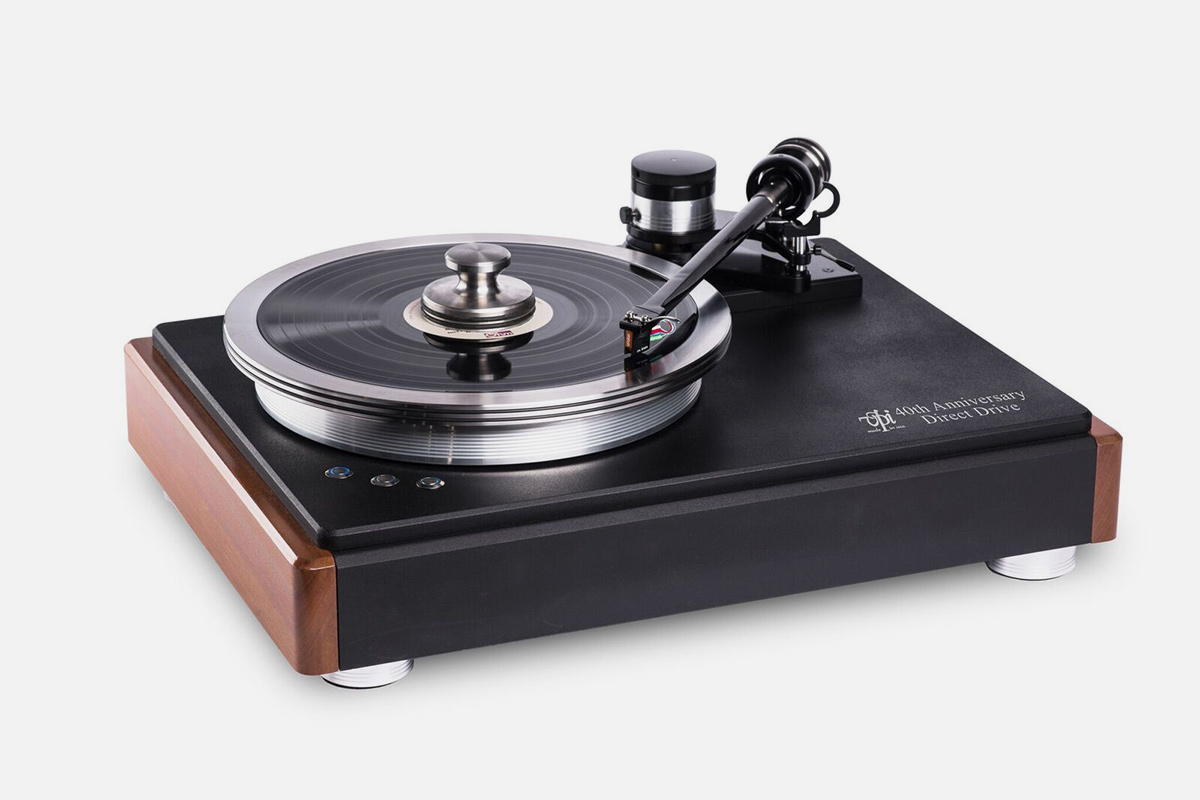 The prices may be in different leagues (Omega’s CHF 8,900 – around £7k – to VIP’s cool £15,000) but everything else falls in line nicely. They both celebrate milestones in their fields, they both lean into their makers engineering heritage and they’re both enough to set a collector’s mouth to watering. Of course, the turntable has come a long way too, with the best of 2018’s motion control circuitry, vibration and isolation technology.

It you prefer contemporary and entirely avant garde you’re likely an Urwerk fan, and watches like the Urwerk’s UR-110 and UR-210 are instantly-recognisable and flawlessly built. So too is the £62,500 Avantgarde Trio XD (audiolounge.co.uk). They are uncompromising in their extreme engineering to the point where only a few will ever passionately want them. Fortunately, only a few could ever aspire to them. And yes, they both come in black. 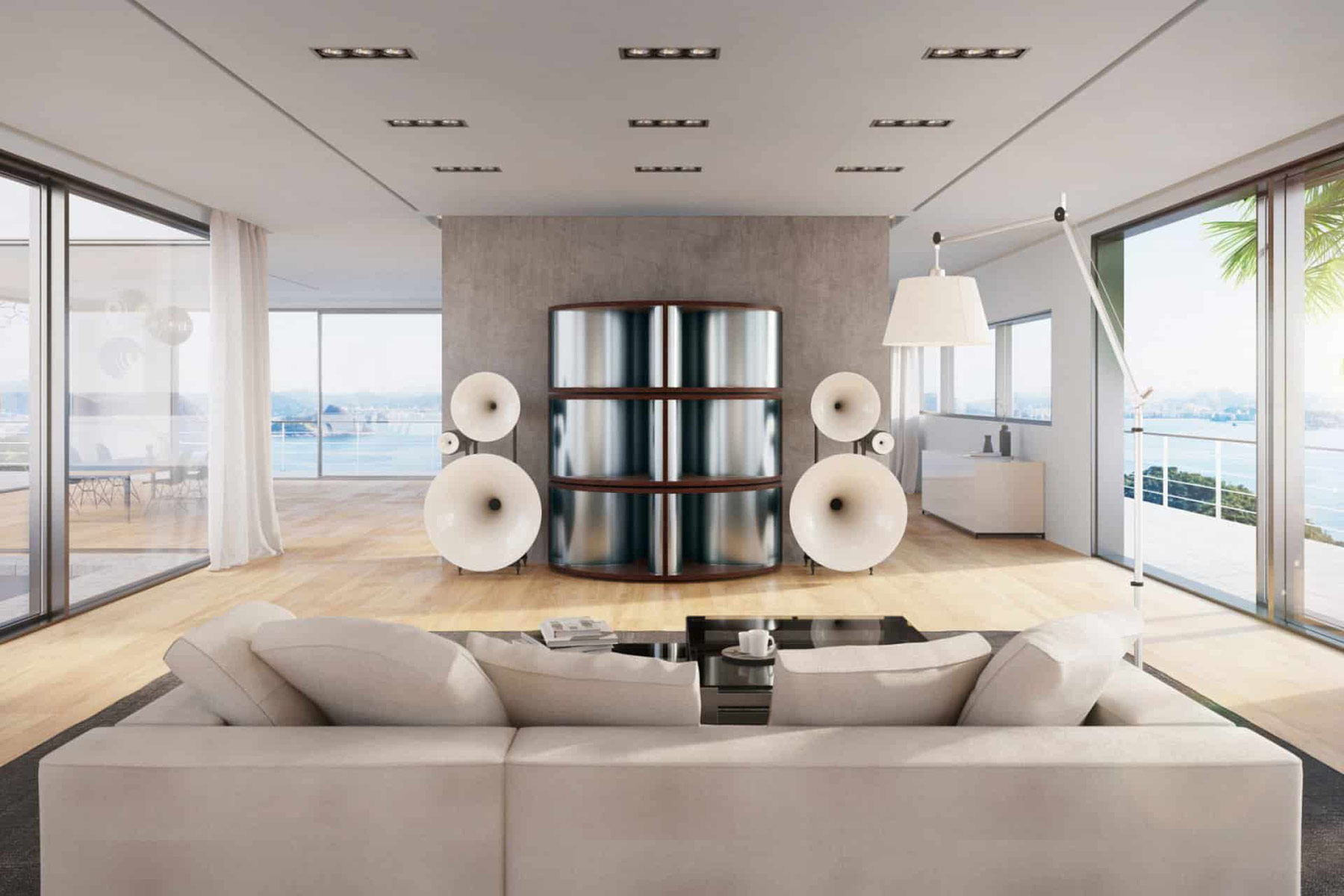 So there you have it. No matter which watch you look at, be it a prestige manufacture, affordable new brand or something entirely left-field, there’s a speaker, system or player to match. There may be a collector for anything, but at least here you can see the reason; and hey, at least it’s more original than cars. Aficionado: The Coolest Things in the World Right Now (Nov ’19)