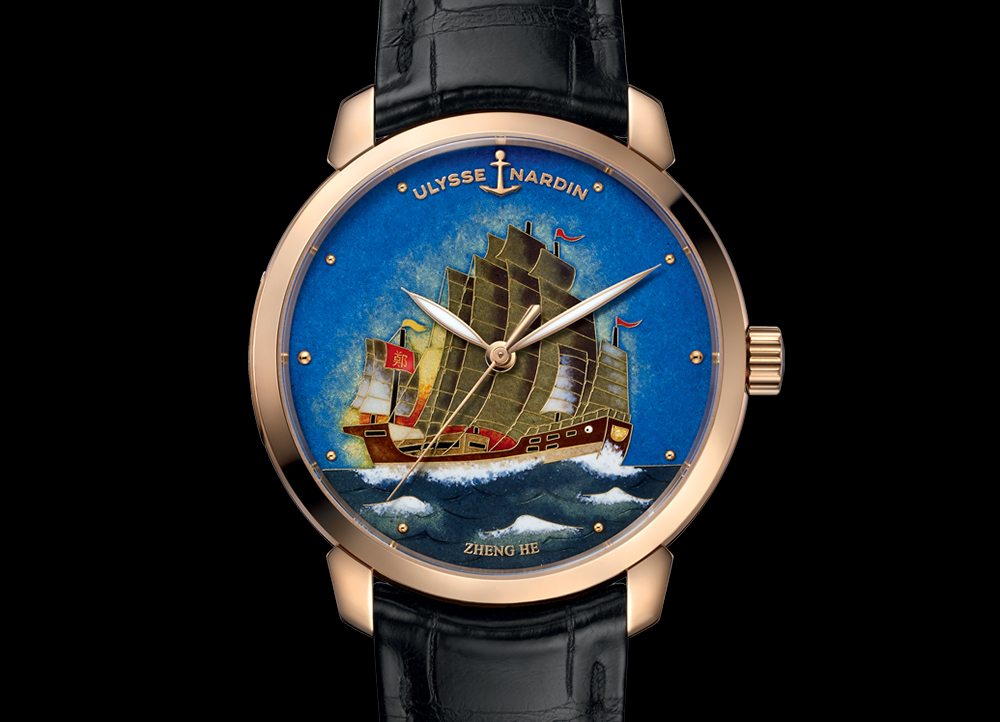 We here in Britain like to think ourselves the finest mariners to ever sail the seven seas; we’ve certainly made a good show of it over the past few centuries. But even before the likes of Nelson, even before Columbus got lost crossing the Atlantic in fact, the Far East already had admirals that were all but legends. Zheng He was one of these.

Zheng He was a lot of things: mariner, explorer, diplomat, fleet admiral and, unfortunately, court eunuch. While one of those is never ideal, the rest made him one of the most famous individuals of the early Ming Dynasty. They also made him the subject of the latest limited edition from Ulysse Nardin – far more prestigious, of course. 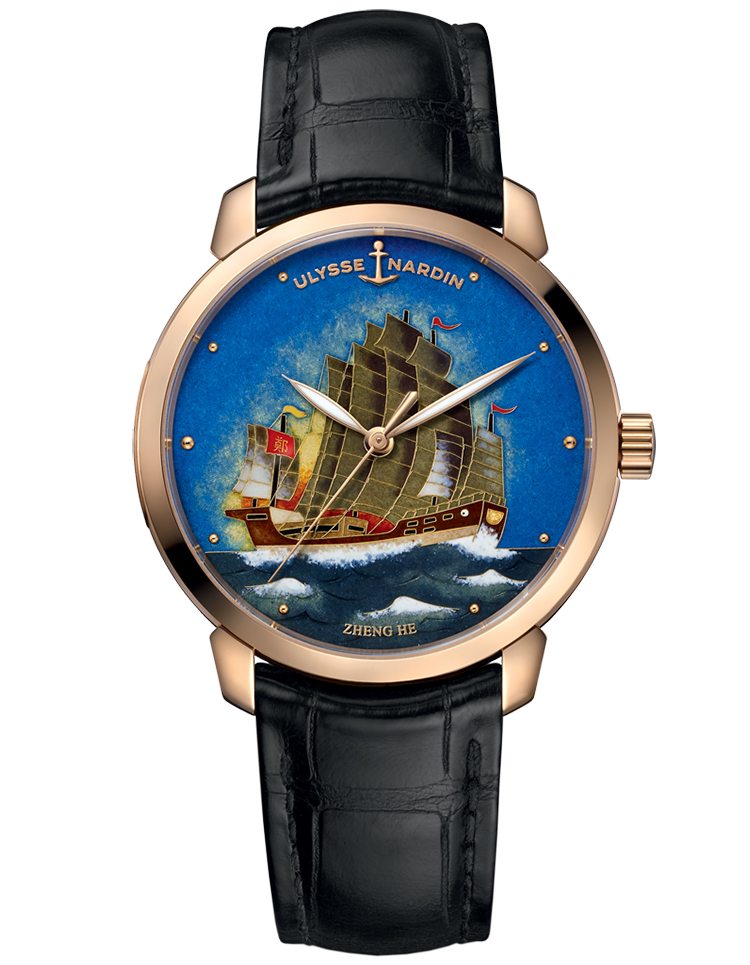 The Ulysse Nardin Classico Zheng He is a work of enamelling art depicting one of Zheng He’s treasure boats. Built to accompany him on his seven famous voyages, the nearly 140m long ship was a symbol of his successes, ferrying the spoils of his exploration to the ruling dynasty.

To make the ship a reality, Ulysse Nardin enlisted the help of enamel specialists Donzé Cadrans and it’s a good thing they did; the deep colours of the golden sails and deep, mahogany hull, the very foam on the waves, are lovingly realised like few enamelled dials ever are. 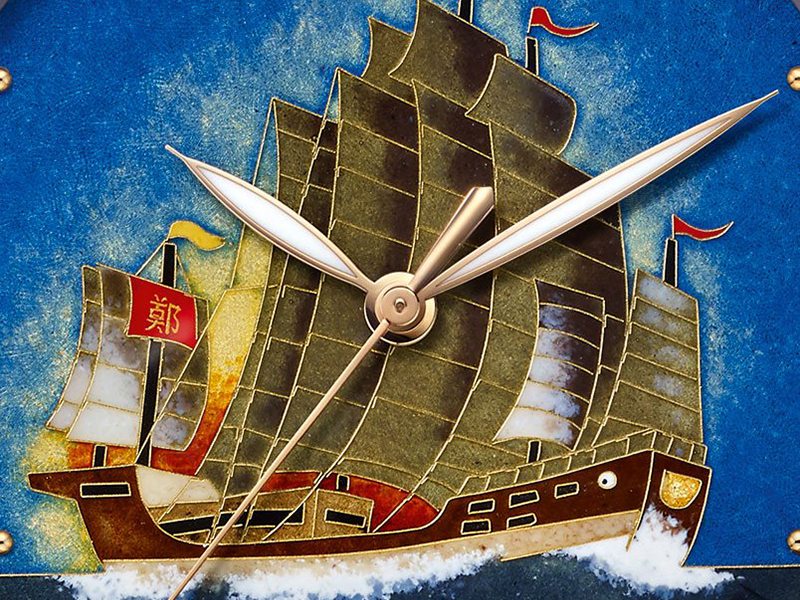 To put into perspective just how intensive the task is, every cloisonné dial takes roughly 50 hours of solid work to complete, with 26 separate processes combining to make the scene. It’s an obsessive level of detail and no small amount of patience to be sure, but the results are easily worth it. For us at least.

The rest of the watch is simple by Ulysse Nardin standards – hence the Classico name – and the watch really just acts as a canvas for the art of enamelling. Still, the UN-815 movement is COSC certified so it’s not to be sniffed at.

As a watch the Classico Zheng He isn’t the most horologically interesting in the world; as a work of art it is nothing short of spectacular.