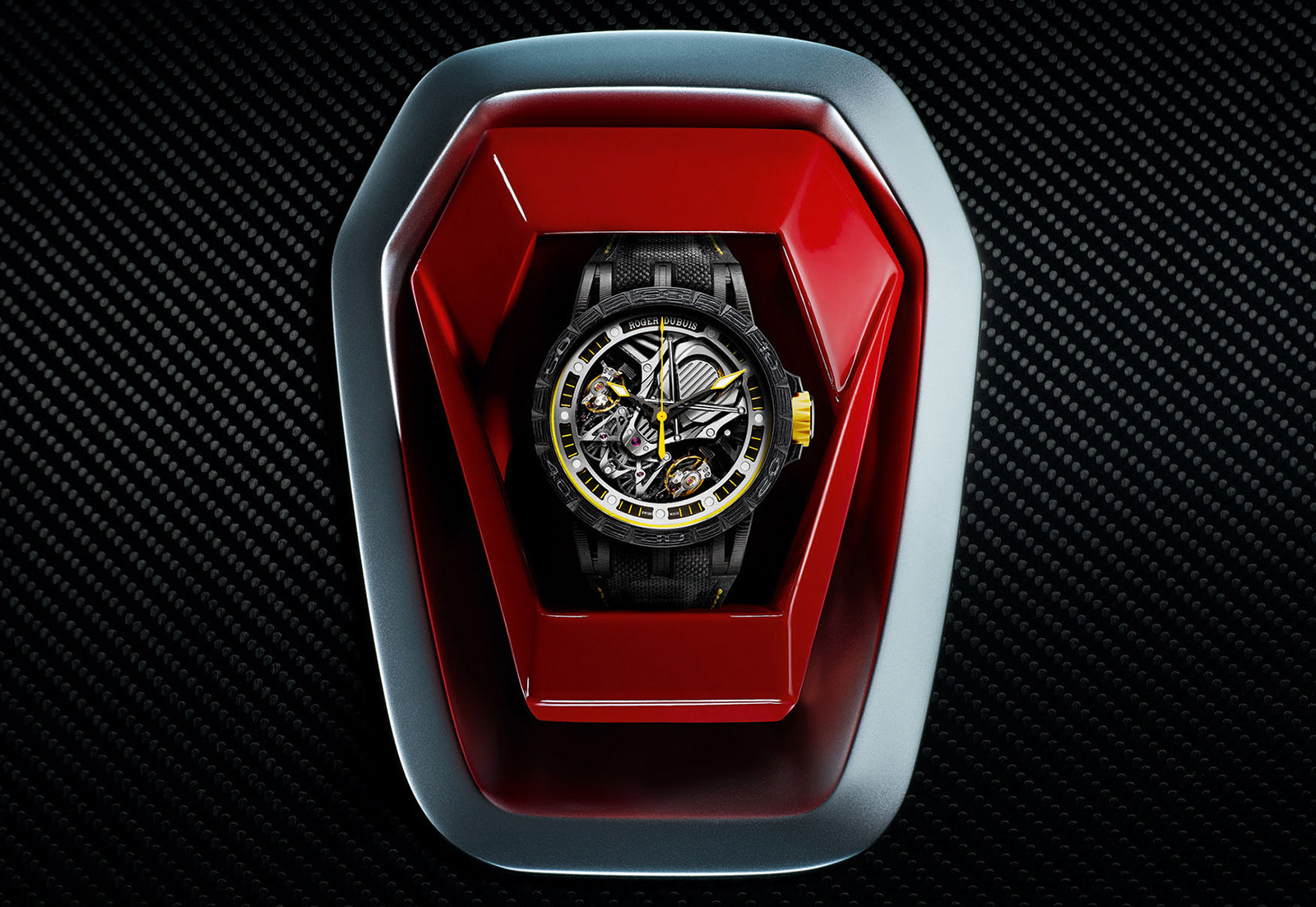 Roger Dubuis are cornering the market when it comes to sheer automotive performance. It wasn’t too long ago they announced their partnership with advanced tyre experts Pirelli and creating a few watches in their rubbery honour. Now they’ve gone one step further with arguably the most extreme car maker in the world: Lamborghini.

This is obviously a huge deal for Roger Dubuis but it shouldn’t come as too much of a surprise. Just look at their latest Excalibur pieces. Their materials are taken straight out of Formula 1, their horological engineering is extreme to the point of obsession and they’re extroverted to the point of insanity – essentially, a Lamborghini for the wrist. The fact that they produce roughly the same number of pieces each year (3,500 – 4,000) is just the icing on the cake. 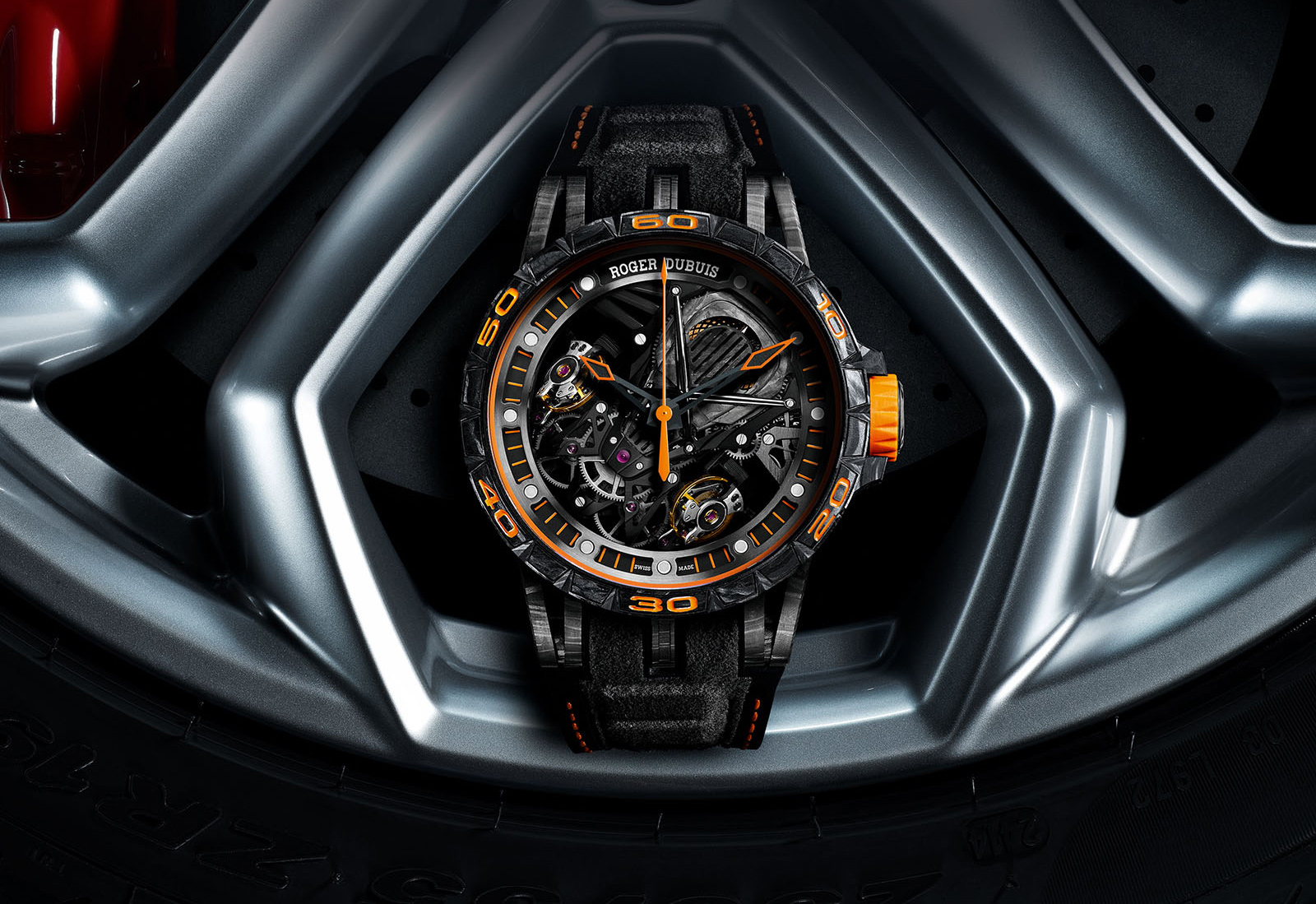 They’ve taken that thought to its logical extreme in the new Excalibur Aventador S. The architecture of the movement is designed to imitate the engine of an Aventador and does so like nothing since the Hublot LaFerrari. The 312-part RD103SQ calibre includes Roger Dubuis’ Duotor double balance-wheel concept, along with strut bars across the skeletonised movement. 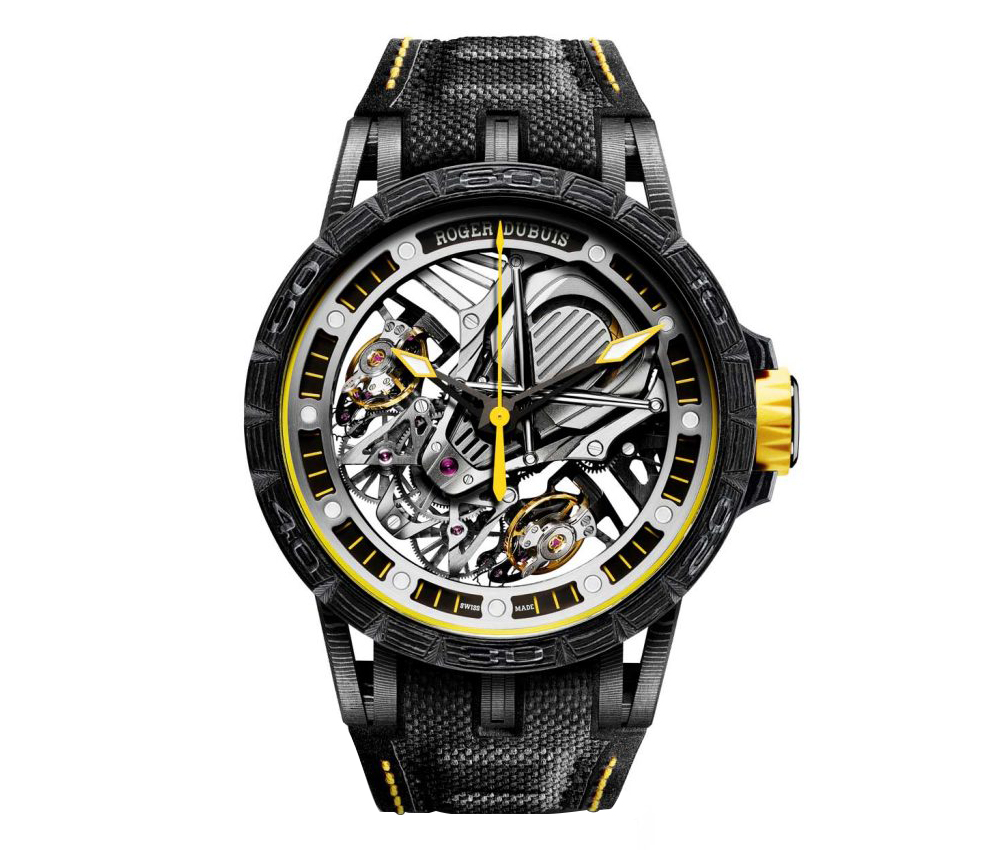 The movement includes the standard hours, minutes and power reserve from other Excalibur pieces, as well as something new to Roger Dubuis: jumping seconds. If there was a watch complication to imitate speed, it’s that. The hand flies around the dial, making a handful of stops along the way. It’s flashy rather than practical, but what do you expect from a Lamborghini? 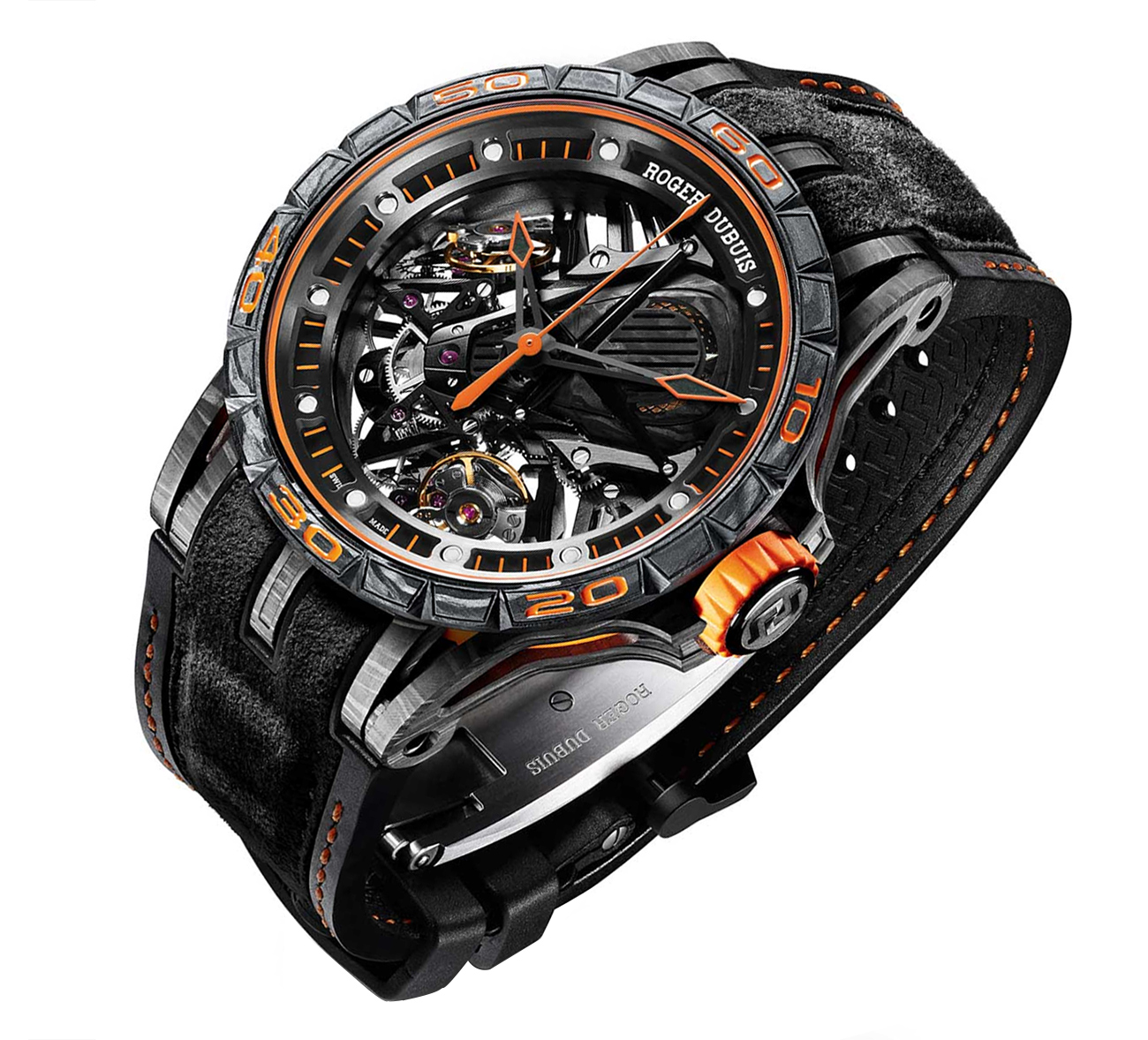 There are two versions of the Aventador watch with a little bit more than a colour variation between them. The 88-piece limited edition EX613 is accented in Lamborghini’s own Giallo Orion yellow; the 8-piece limited edition instead goes for Arancio Argos orange. This latter however also includes Lamborghini’s award-winning C-SMC carbon to create a thin cover plate to hammer home the automotive connection.

Both watches come in a 45mm case in multi-layered carbon, complete with Poinçon de Genève-level finishing across the board and, while they don’t quite have the price tag of their four-wheeled counterparts, it’s a close-run race.

This partnership, following in the tyre-treads of Pirelli, is an immense step for a newly-focused Roger Dubuis. Time will tell how it goes but so far things are as looking as bright as an excessively flamboyant Aventador.