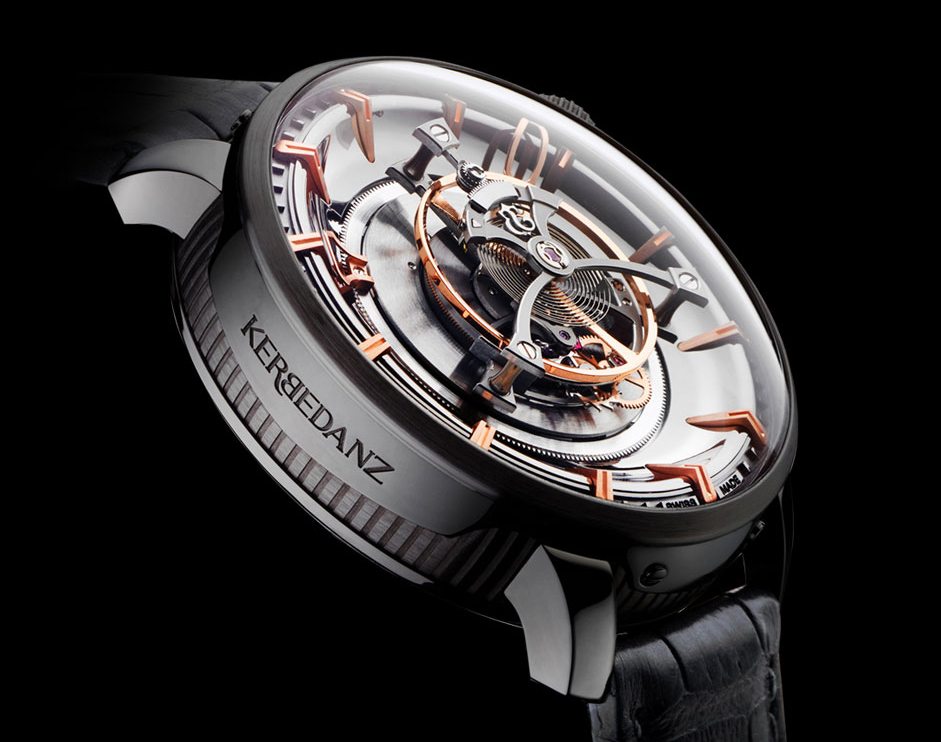 Size doesn’t matter – at least that’s what I like to tell myself – but in the case of the Optimus Maximus from Kerbedanz that might not be strictly true. It does after all contain the largest tourbillon ever seen in a wristwatch.

Just so you can accurately gauge just what ‘oversized’ means in this case, a standard tourbillon cage is usually around 13-14mm in diameter. It’s a substantial part of the watch but still tiny by mechanical standards, especially given how delicate they can be. 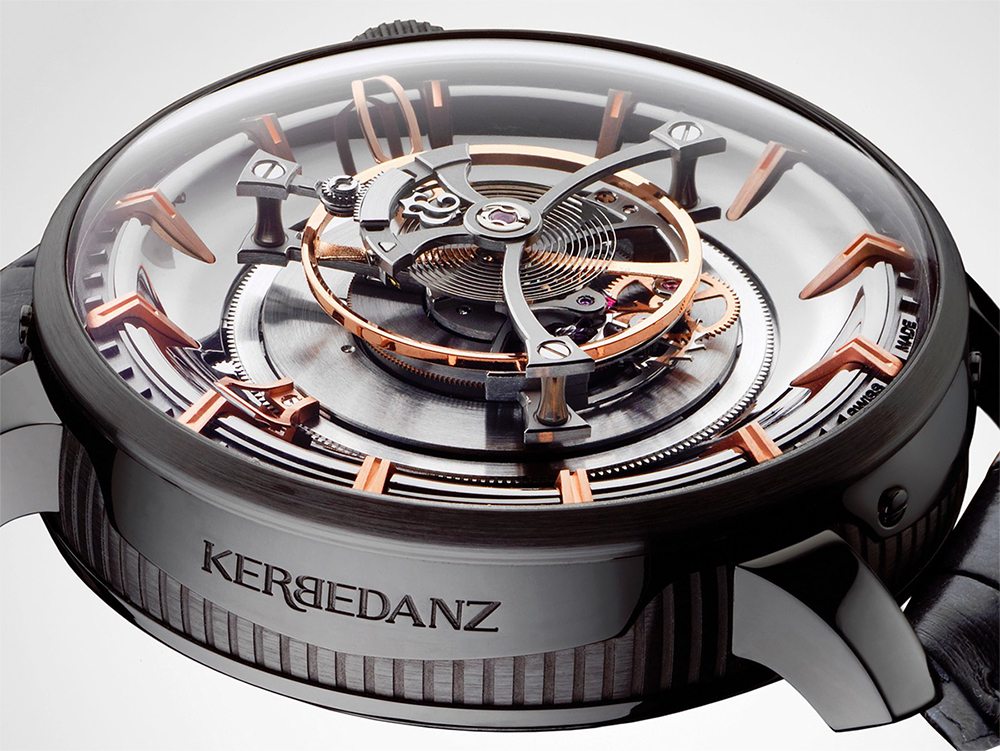 In comparison, the tourbillon cage of the Optimus Maximus is 27mm across – double that of most tourbillon watches. It certainly looks the part. The mechanism takes up the entire dial of the watch, almost domineering enough to miss the skeleton minute and hour hands hidden underneath the flying tourbillon.

Thanks to the size of the tourbillon it turns once every six minutes which unfortunately means you can’t read the seconds off of it like most complications of its kind. They generally turn once a minute and double as indicators.

Still, that’s really the only inconvenience. If, that is, you’re ok with the expectedly large 49mm case. The 48 hour power reserve is actually pretty impressive given the energy involved. Indeed, the balance spring and entire power system in the watch have been altered just to accommodate for that gargantuan tourbillon.

Was it worth it? Well, much as I do like to say time and again that size doesn’t matter, in this case I may have to disagree with myself. Kerbedanz have created possibly the only timepiece in the world that actually deserves the name Optimus Maximus.