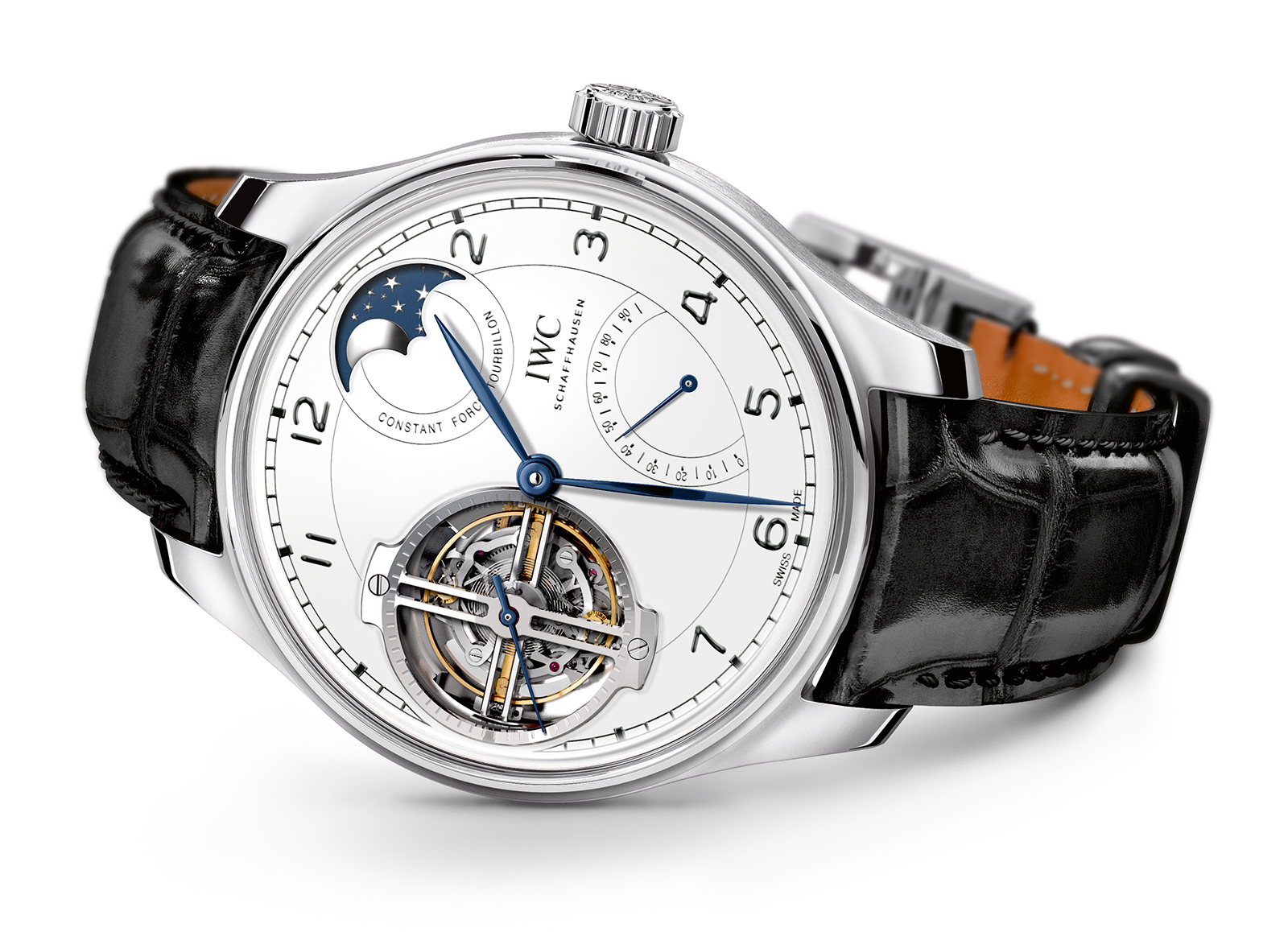 There’s always a lot to talk about in the months before SIHH but it seems that this year IWC may have just metaphorically blown their load. Usually watchmakers will hold back just a little, keeping the odd tidbit and showstopper to themselves. We doubt that’s the case here; we’re not sure where they would go from the Portugieser Constant Force Tourbillon Edition 150 Years.

That’s right, IWC are celebrating a century and a half of watchmaking – no mean feat by any stretch of longevity. This is bigger than the 100th anniversary of Cartier’s Tank and that was big. Such a milestone is it that the prosaically-named International Watch Company is showcasing a grand total of 27 watches at SIHH, ranging from digital display pocket watches to perpetual calendars. 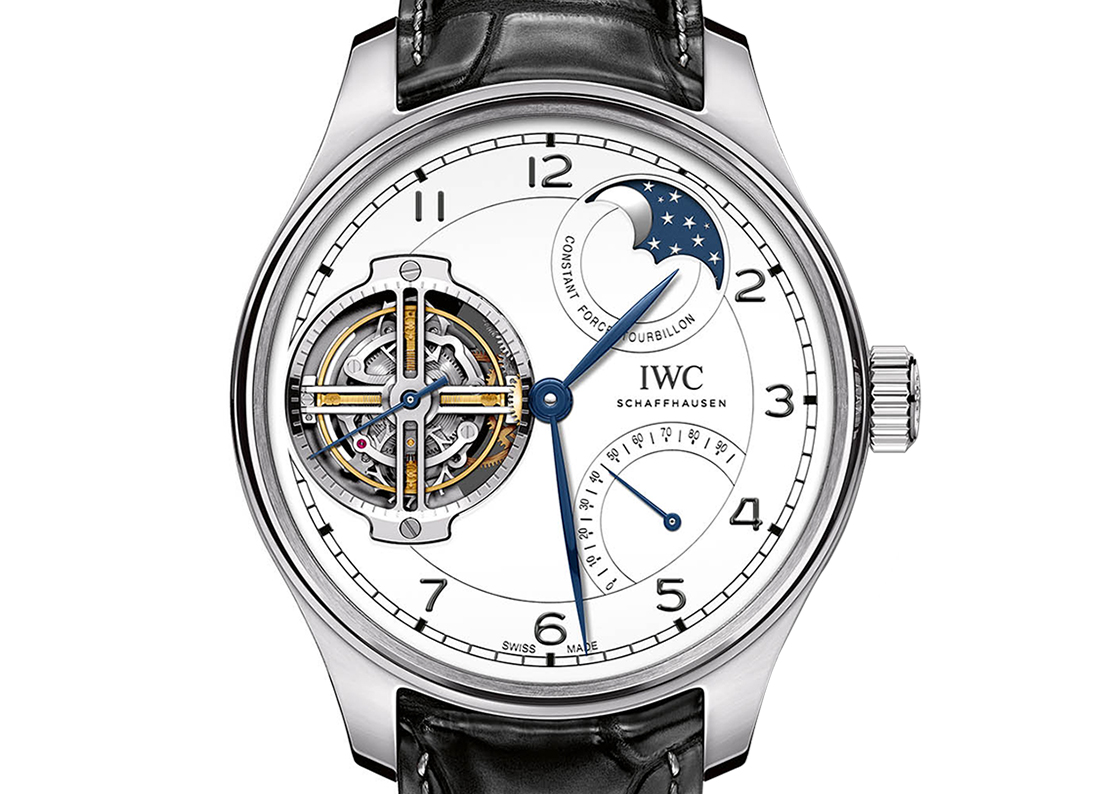 Of all those models the Constant Force Tourbillon is the king. Before we get into why that is mechanically it’s worth taking a second and just looking at it. The Portugieser has been one of the main pillars of IWC for many a decade and it’s not hard to see why; it’s beautiful.

The complication here is manifold. There’s the tourbillon of course, because there just has to be, doesn’t there? Then there’s a moon phase, one of the most pointless yet prettiest complications ever. Finally, there’s the Constant Force.

Constant Force is hard to get your head around, especially as it’s at the same time one of the most complex and least showy complications out there. Essentially, it’s about having a constant flow of energy through the watch no matter how wound it is. All you need to know is that it makes the movement more accurate and it’s bloody hard to make happen.

IWC are one of the biggest watchmakers out there and deserve a big 150th jubilee. With the Portugieser Constant Force Tourbillon Edition 150 Years, they have it. For more information visit IWC’s website. Watches That Strive to Make The World a Better Place