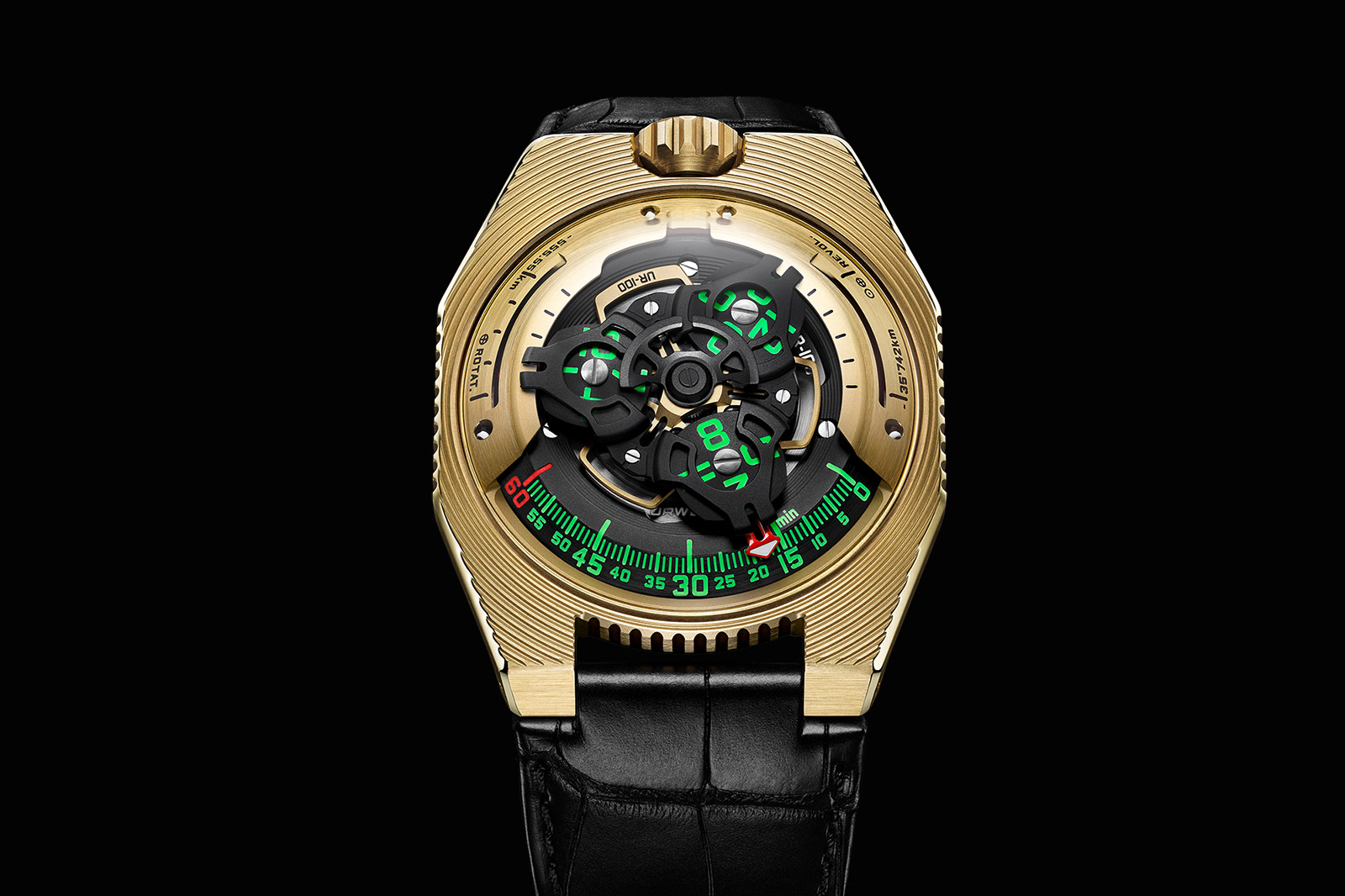 Urwerk’s UR-100 design might be familiar to us all, but now it’s been reimagined with a new case in an ancient material: electrum. It reinvigorates the model with a shiny glow akin to the historic treasures of Egypt and Greece, so let’s take a closer look.

As mentioned, the watch itself isn’t new, but being an Urwerk it’s worth a quick refresher. Central to this model are the satellite hour and minute display, which it converts into the unit of distance equivalent to the speed of Earth’s rotation and orbit. It’s incredibly nerdy and technical, which is completely in line with Urwerk’s MO. 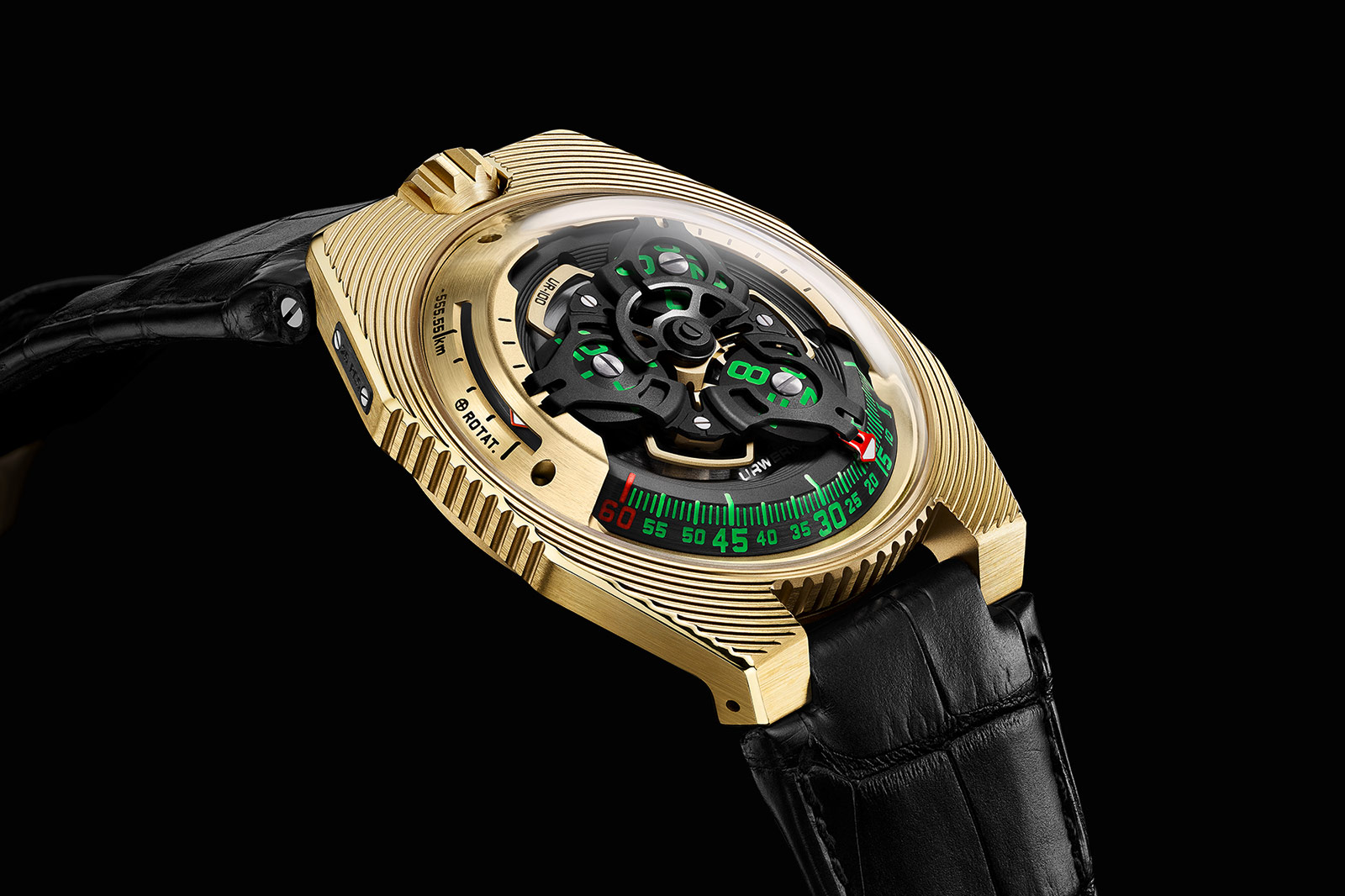 However, the new model is entirely about the new case and it’s 41mm x 49.7mm x 14mm of electrum. But what is electrum? Well, it’s an organic alloy of gold and silver that can have colours ranging from pale to bright yellow and was used by early civilizations for coins and valuable artefacts. However, in the intervening years it has been used less and less in favour of other materials, making the UR-100 Electrum a rare beast for using it. 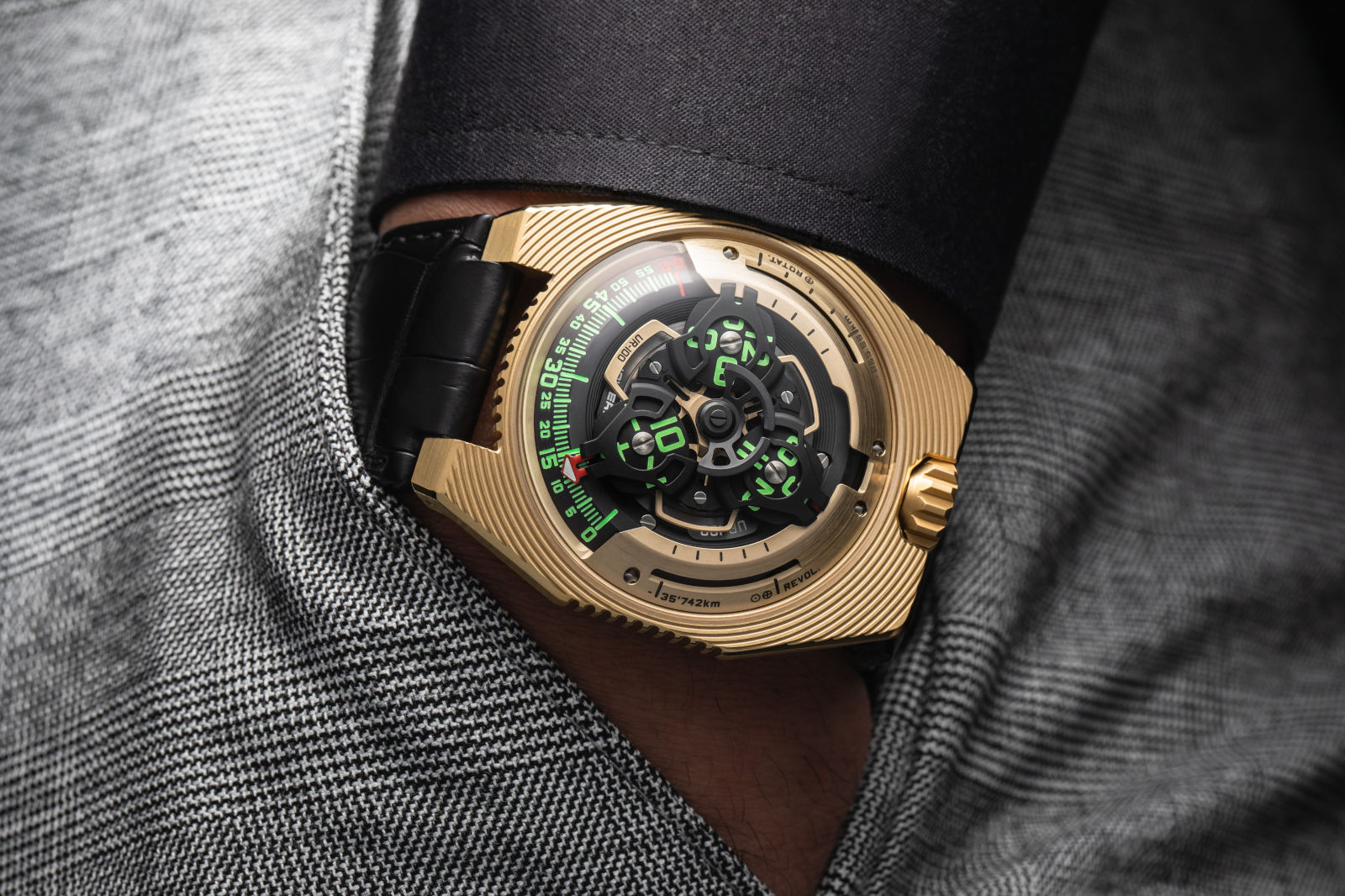 The material has a naturally occurring texture that has been emphasised on the case by the introduction of ridges, which add a geometric aesthetic to the design. It’s perhaps fanciful to describe the ridges as a flattened version of the tiered seating found in grand, Greek amphitheatres, but I’m a sucker for classical design and looking into the historical significance of electrum may have got to me. 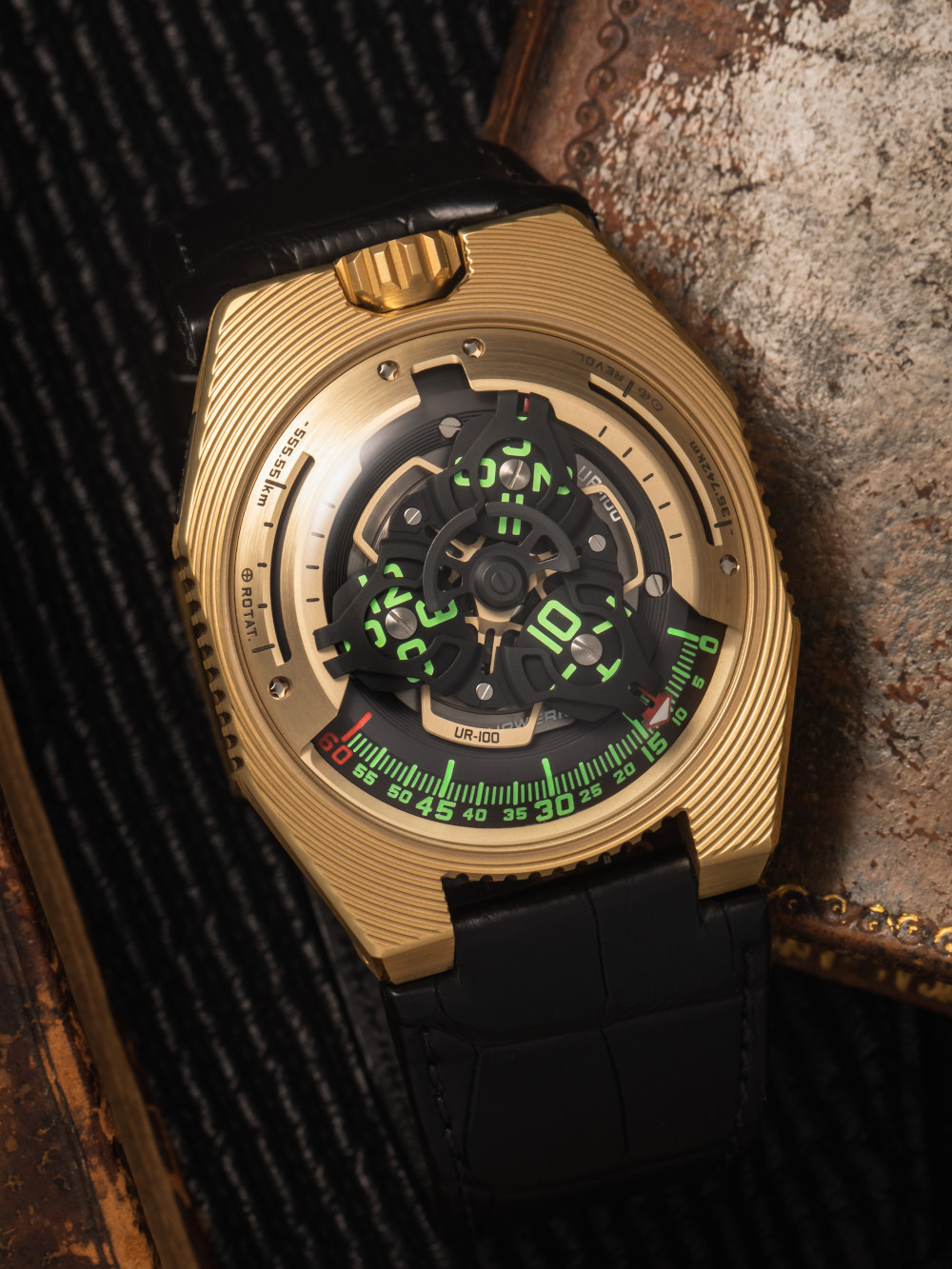 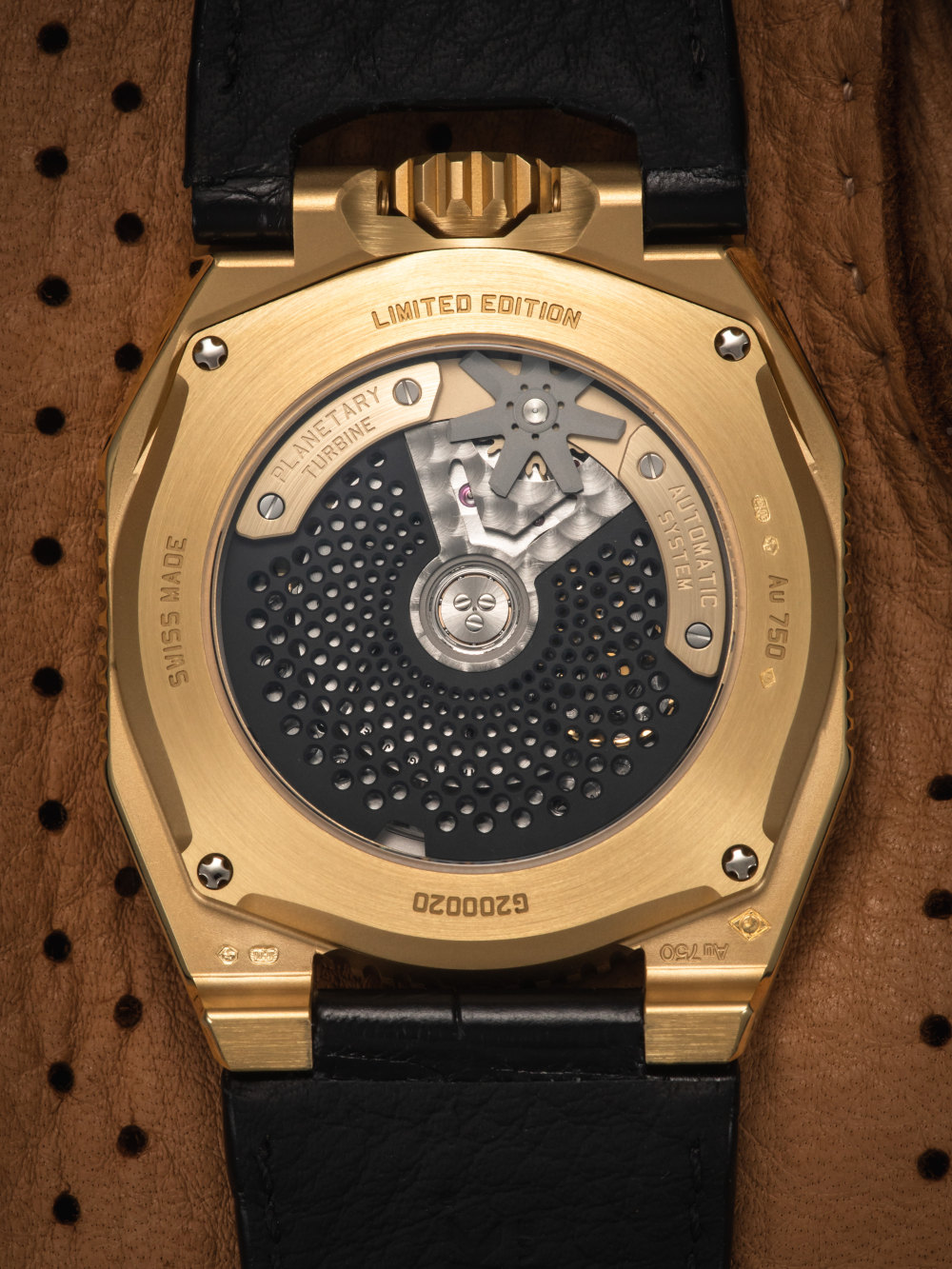 UR-100 Electrum is a fusion of Urwerk’s typical technical and modern appearance with a shiny material that has a long history. And honestly, it works, if that’s the kind of crazy horology you’re into. The UR-100 Electrum is limited to 25 pieces and is priced at CHF 62,000 (approx. £49,500).