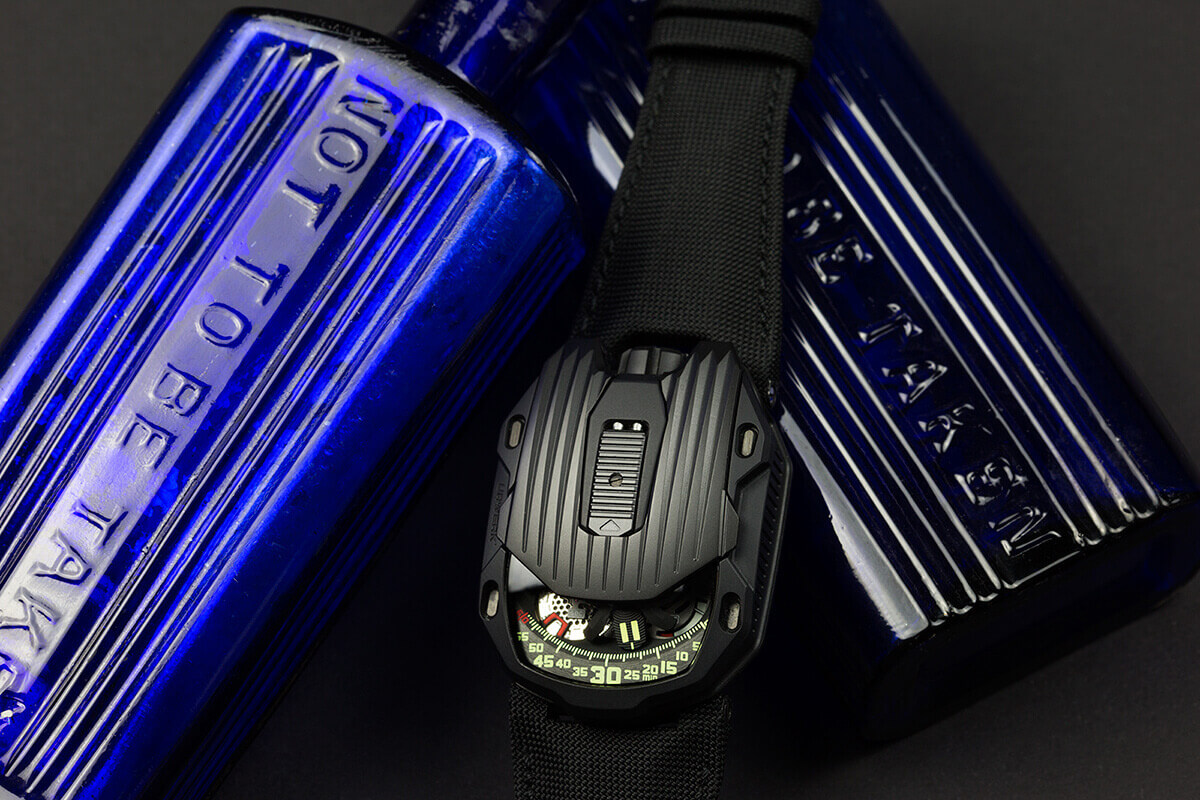 I’ve always wondered what it’s like to wear an Urwerk. Don’t get me wrong, I’ve tried their various models on plenty of times, but that’s not really the same. There’s a vast divide between five minutes on the wrist and five days; that’s the entire reason we do reviews over overviews. First thing’s first then: I liked it. A lot.

There’s something to be said for wearing a watch that looks more like a Power Rangers wrist device than an actual timepiece. If you wear a Rolex, you get the occasional glance; if you wear a Patek you get plenty more. If you wear this? You get a load of puzzled looks trying to work out exactly what it is. 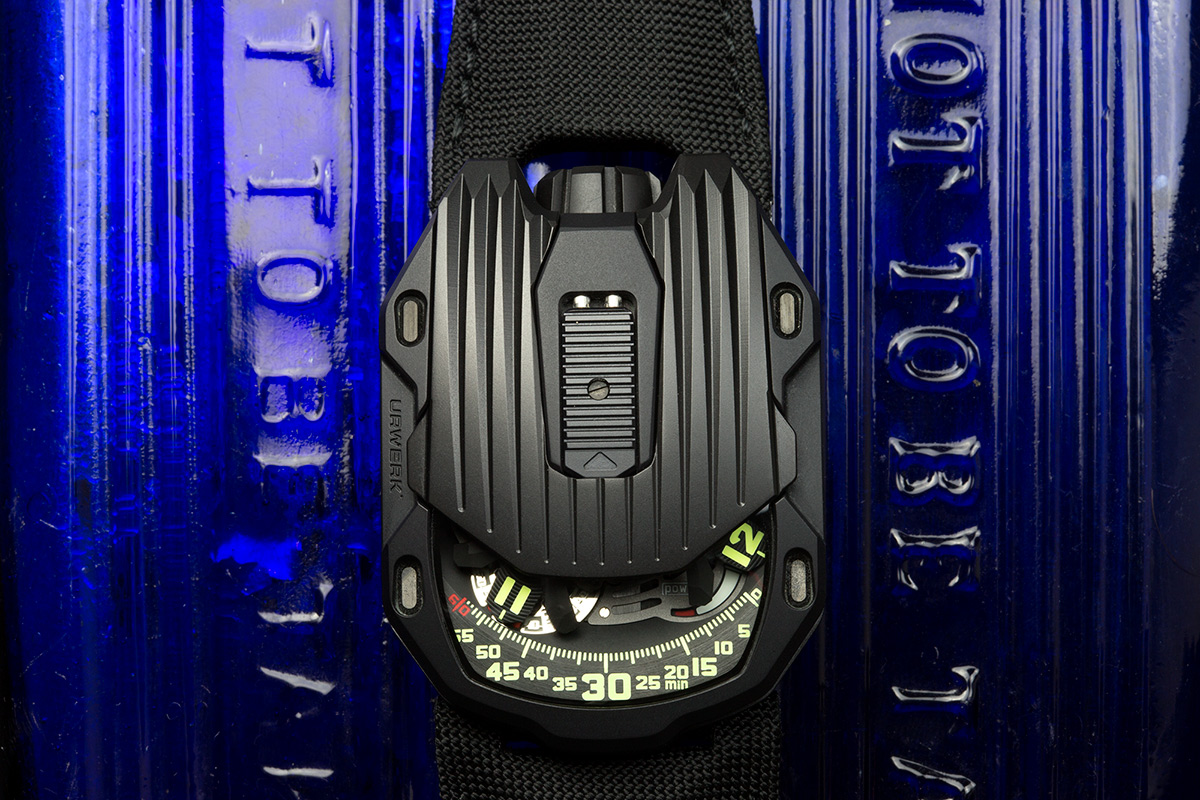 It’s not hard to see why really. The UR-105 CT certainly isn’t your average watch. There are no hands and no dial to speak of, just a slit of sapphire with a parade of numbers. Once you get used to it though, it’s actually easier to read than any concentric watch. The hour indicator doubles as the minute hand so reading it is just one stop above a digital display.

It looks simple too, until you see below the hood, which is the main reason I fell in love with it. Sure, it’s a cool-looking watch by itself, but clicking the central button to lift up the machined titanium shows that there’s a lot more to it than ‘cool’. Just showing a little bit more sapphire reveals the entire satellite mechanism, letting you clearly see the way they flip round as you set the watch. 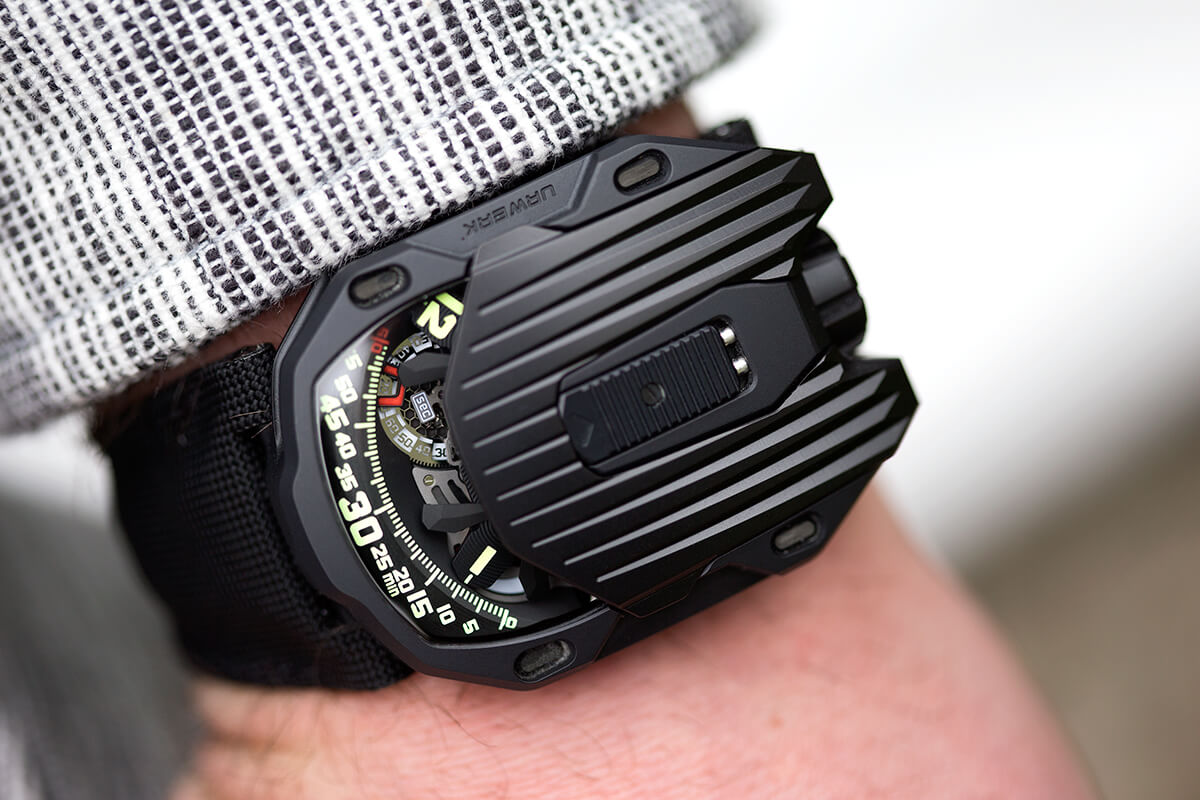 The lid is a little touch, but surprisingly useful given that you’ll find yourself showing it off a lot. I had guys that wouldn’t even notice a Patek quizzing me about it. What is it? How does it work? Does it communicate with extra-terrestrial life? That’s exactly what you want with an Urwerk. If you want shy and retiring, go get a Montblanc.

There are problems with the watch though. Not in the movement of course, that’s beyond reproach, but more in the design of the UR-105 CT itself. The aforementioned lid feels… well, flappy, I guess is the best word. If it isn’t clicked in or held up, it’ll just flap around like cheap plastic. It might be that the actual watch I had was a little well-loved, but even so, that’s not what you want even a few years after wear. 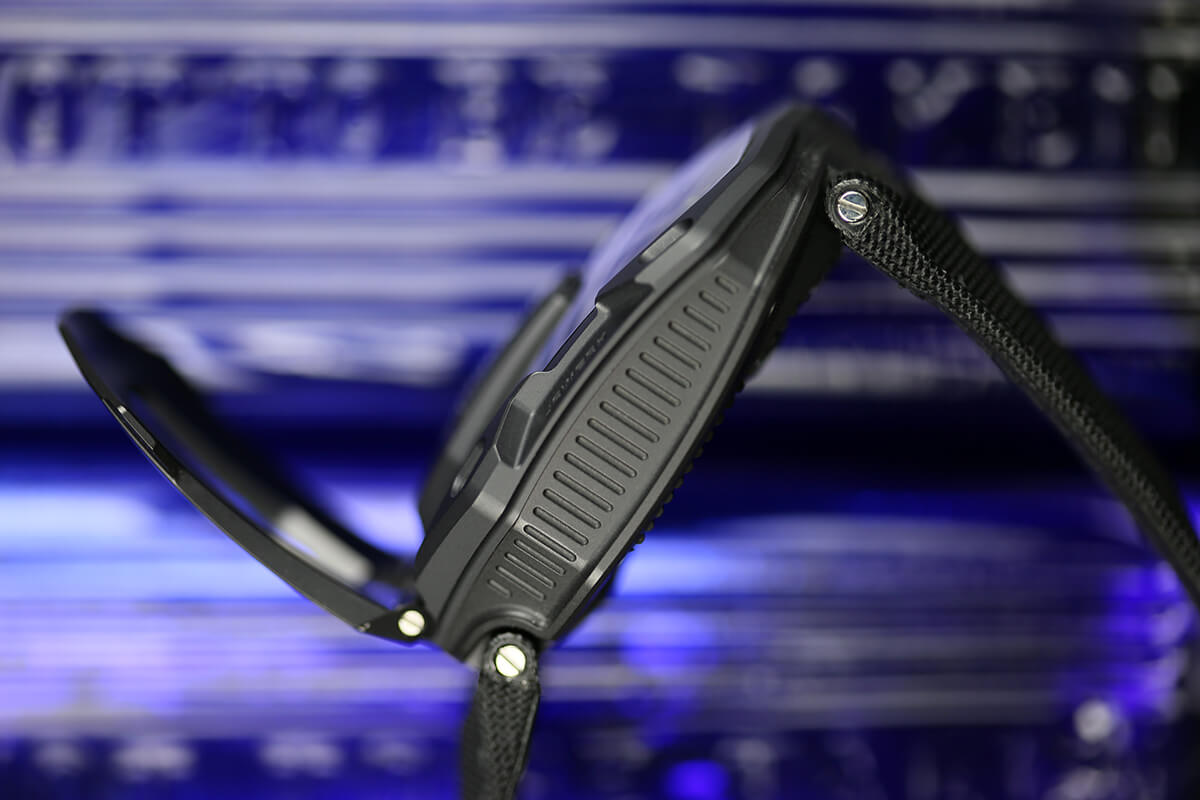 Then there’s the fact that when the lid is up, ready to show off the inner workings, the crown is very hard to operate. It’s in an odd place for when you’re wearing the watch and with the lid up there’s not much room to operate it. If you’re less of a show-off it’s less of a problem, but it’s still awkward.

That really is about it though. The canvas strap is absolutely perfect for the watch, big but comfortable – far more comfortable than it has any right to be in fact. The industrial, machined look of the case puts the Dark Knight’s tumbler Batmobile to shame, and the unique movement is like nothing else on the market. 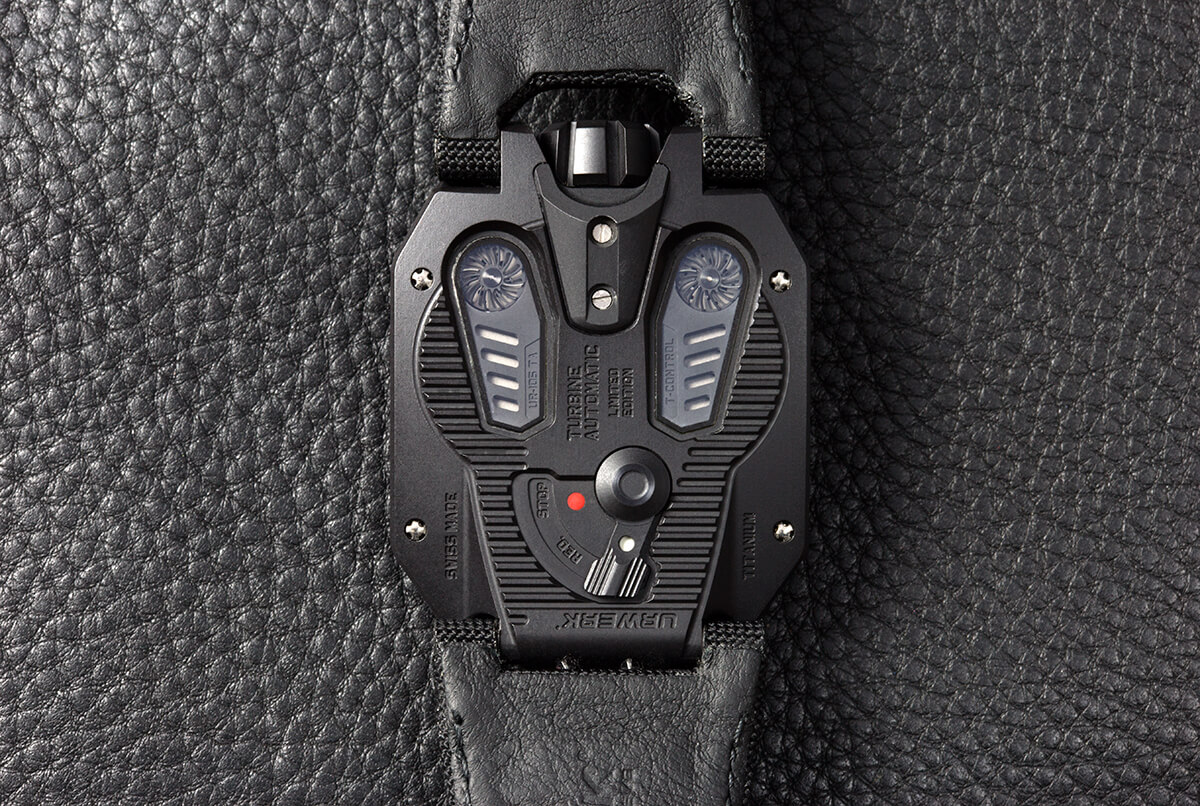 As I said, I’ve always wondered what it’s like to wear something as near-insane as an Urwerk – and now I know. It’s fantastic.