Home Watches Up to Code: How the Controversial Audemars Piguet CODE 11.59 Emerged from... 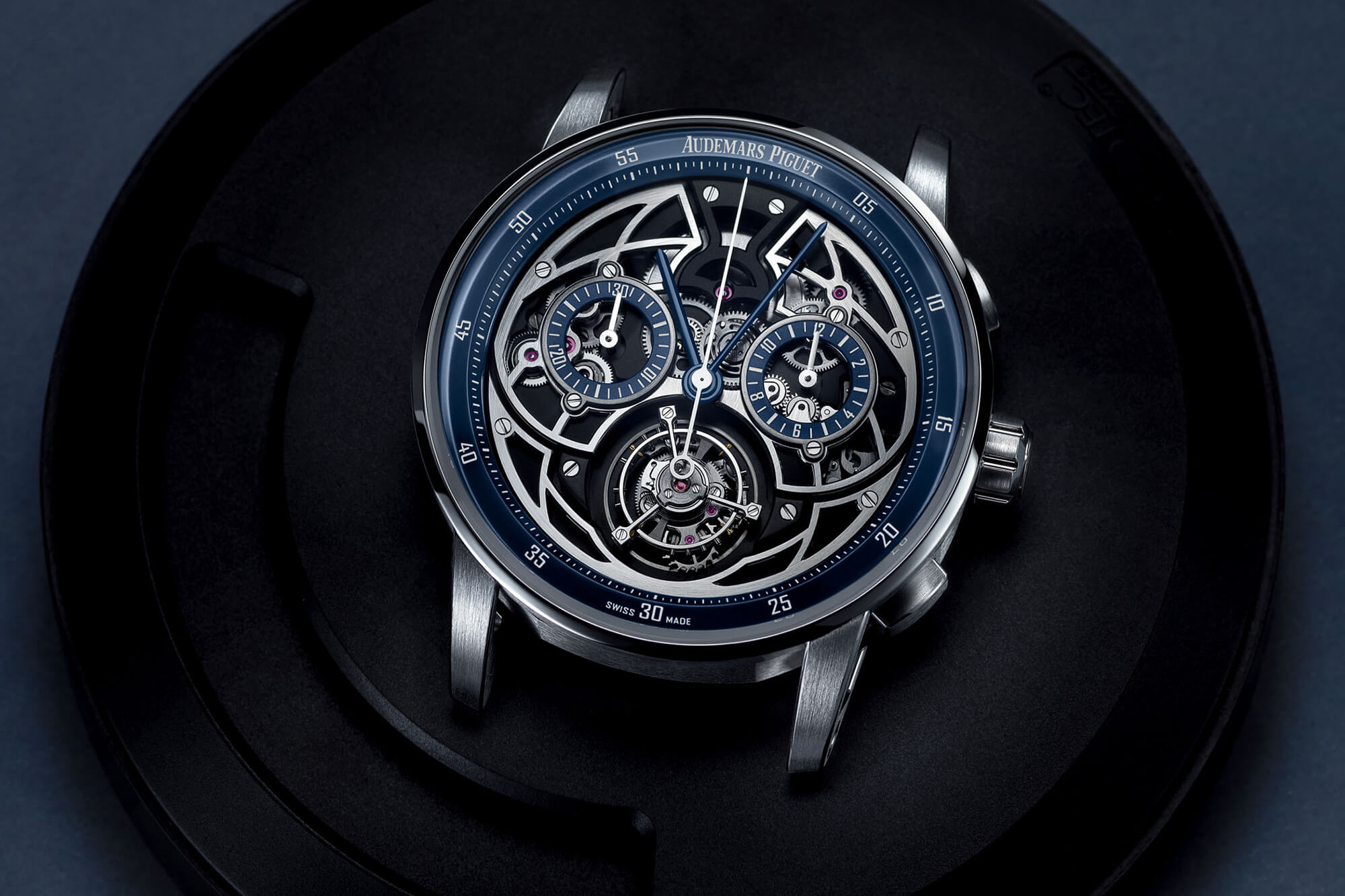 When the CODE 11.59 was launched last year, Audemars Piguet hoped that it would be the next stage in the maison’s evolution, a new era for a brand that had been relying pretty heavily on the genuinely iconic Royal Oak and its various offshoots. It was a big deal for AP and, when revealed was… divisive, to say the least.

In fact, the online fury was worrying. Sure, it doesn’t take much to set off keyboard pundits, but even by those standards it wasn’t ideal for AP. At the time I was a bit nonplussed by the outcry, but I can understand why it was there.

As Michael Friedman, Head of Complications at Audemars Piguet puts it: “New form language in any medium is often met with a variety of different reactions, and new case forms in watchmaking from historic brands rarely occur. The 1972 Royal Oak, the 1993 Offshore, the 2002 Concept and the 2019 CODE 11.59 were all met with divisive opinions.”

He’s not wrong; the Royal Oak may be iconic now, but that wasn’t always the case, and now that the dust has settled and the CODE 11.59 has found its footing, it’s becoming a serious alternative to Audemars Piguet’s greatest hits.

Situated somewhere between a classical circular watch and the chunky industrialism of the Royal Oak, the CODE 11.59 references its heritage with an octagonal mid-section, but otherwise steps away from the steel, sports watch arena. It’s a nuanced design and yes, it’s divisive, but in many ways that shows it’s a step in the right direction. At least it’s not safe – or boring.

The result so far is an incredibly diverse collection of watches, ranging from fun, funky fume dials and two-tone retro coolness to haute horology that you’d see in AP’s ground-breaking concept line – a versatility that is arguably the CODE 11.59’s greatest strength. That said, new dial colours are lovely but not exactly ground-breaking. High complications however are where the 11.59 comes into its own.

“CODE 11.59 is an incredible case form for complications as the architecture carries so many design threads with movement design,” explains Friedman. “Angles, curves, complex finishing and adequate depth for complex mechanisms create the ideal foundation and frame for our most complicated movements, including our tourbillon watches.” 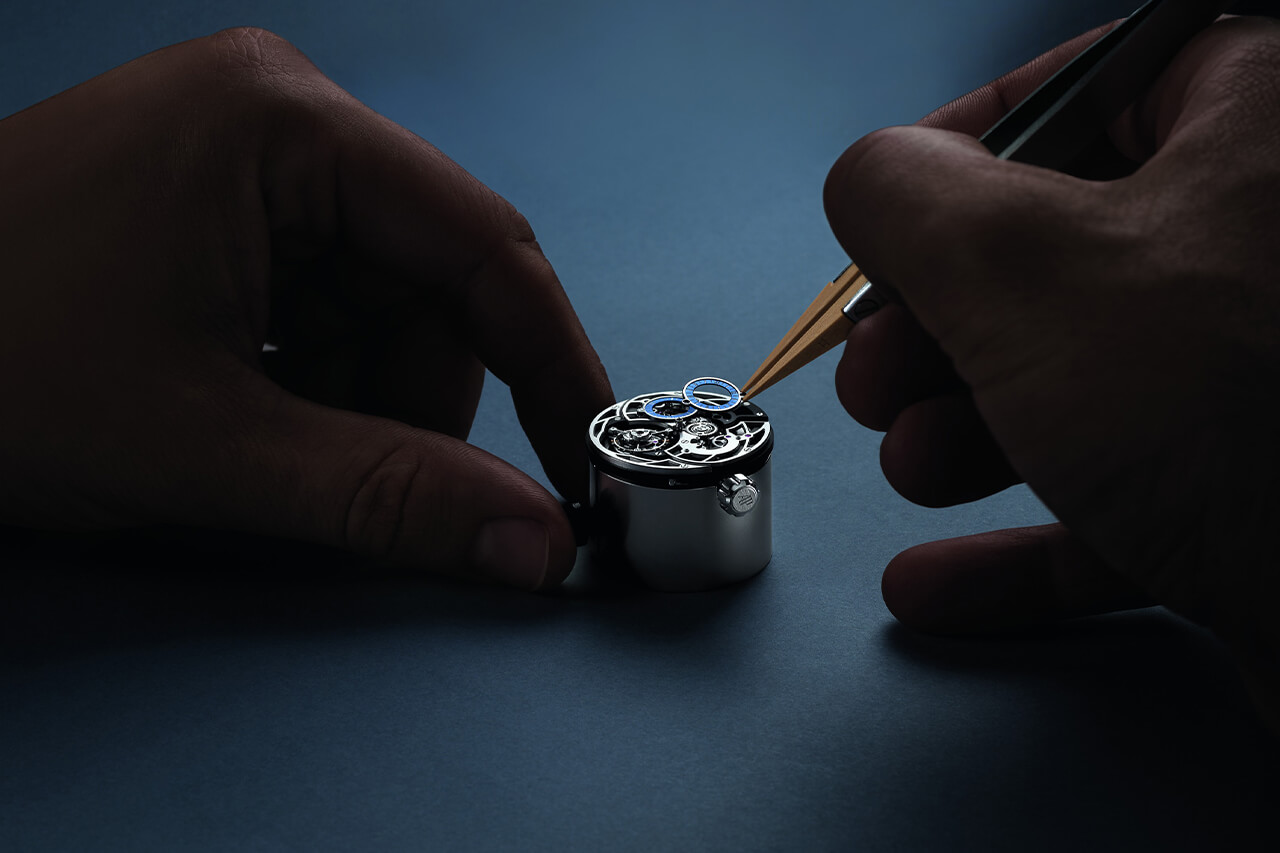 It’s easy to see why the 11.59 suits a tourbillon or two. The architectural nature of the collection is slightly more classical and conventional than other APs and the hand-finishing that follows from that more traditional approach is nicely suited to something as old-school as a tourbillon. If anything, it feels as though the 11.59 was built as a platform for haute horology – one that Audemars Piguet has made the most of. 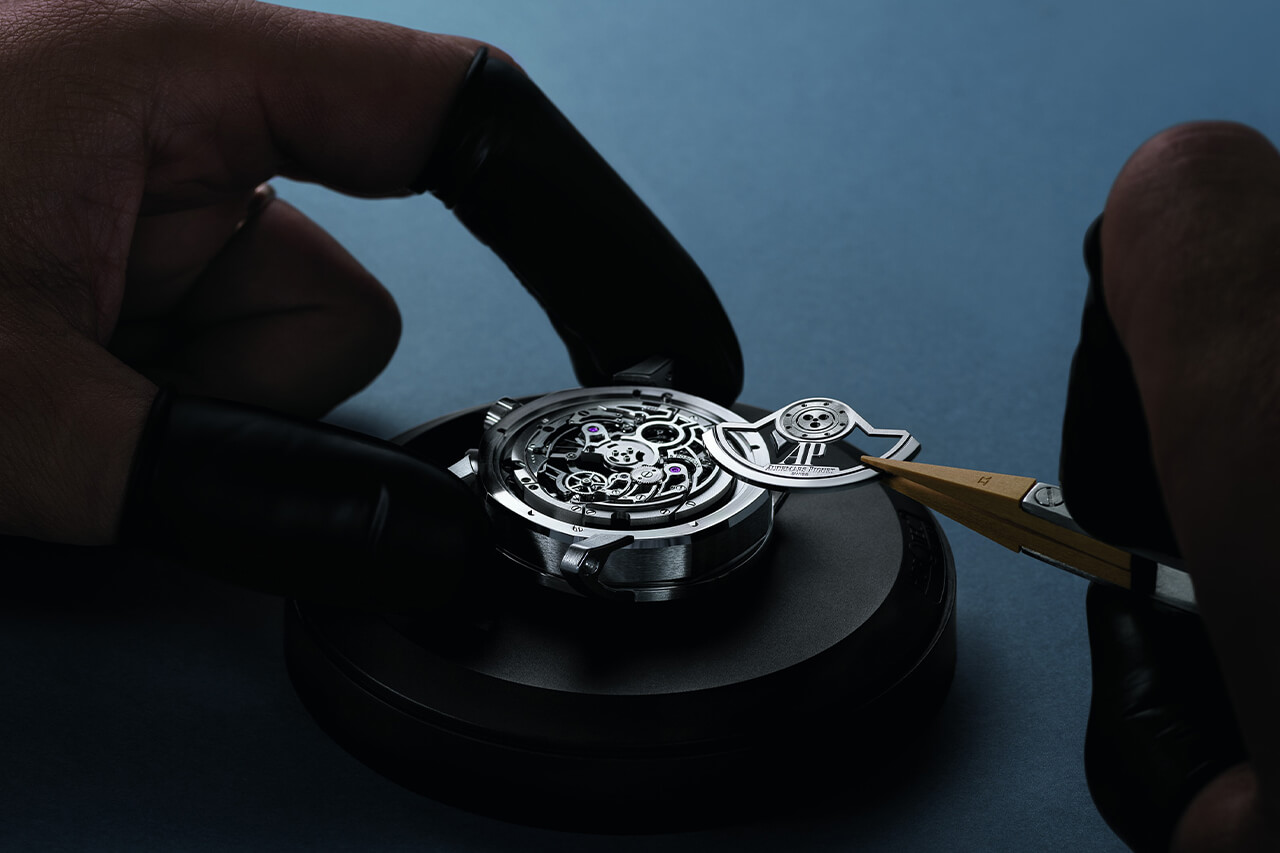 As well as a perpetual calendar and grand sonnerie, there are so far three different tourbillons in the collection: The Self-winding Flying Tourbillon, the superlative Tourbillon Open-worked and (our cover star this issue) the Self-winding Flying Tourbillon Chronograph. For a design just over a year old, that’s a staggering array of complications. More importantly, they’re executed in a way that never would have been possible previously.

On the whole though, if it seems like the CODE 11.59 is taking over some of the horological weightlifting from the Concept collection, that’s kind of the point: “When we are in the earliest stages of movement design for experimental and innovative future complications,” says Michael “The question now is, ‘CODE 11.59 or Royal Oak Concept?’” 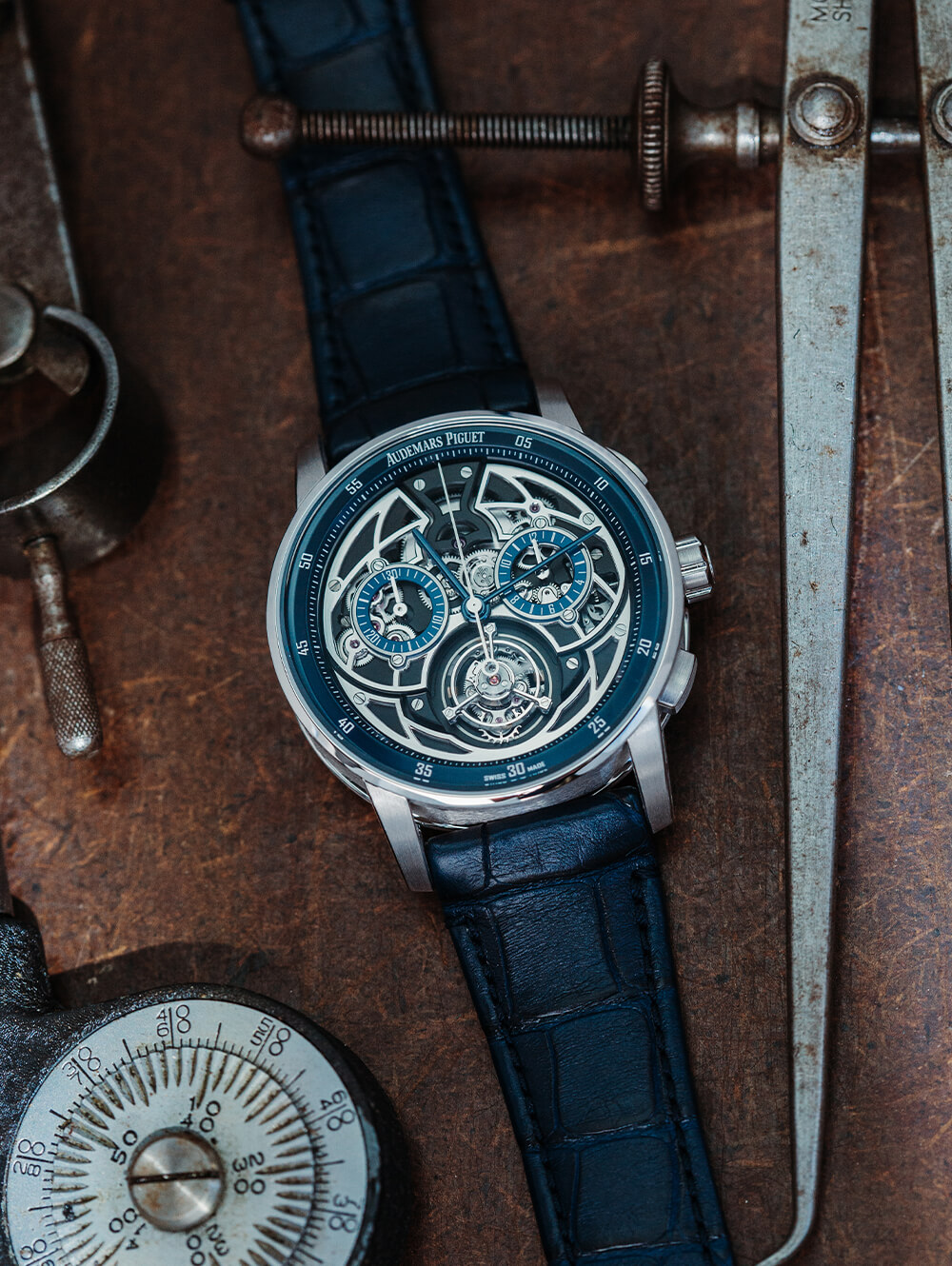 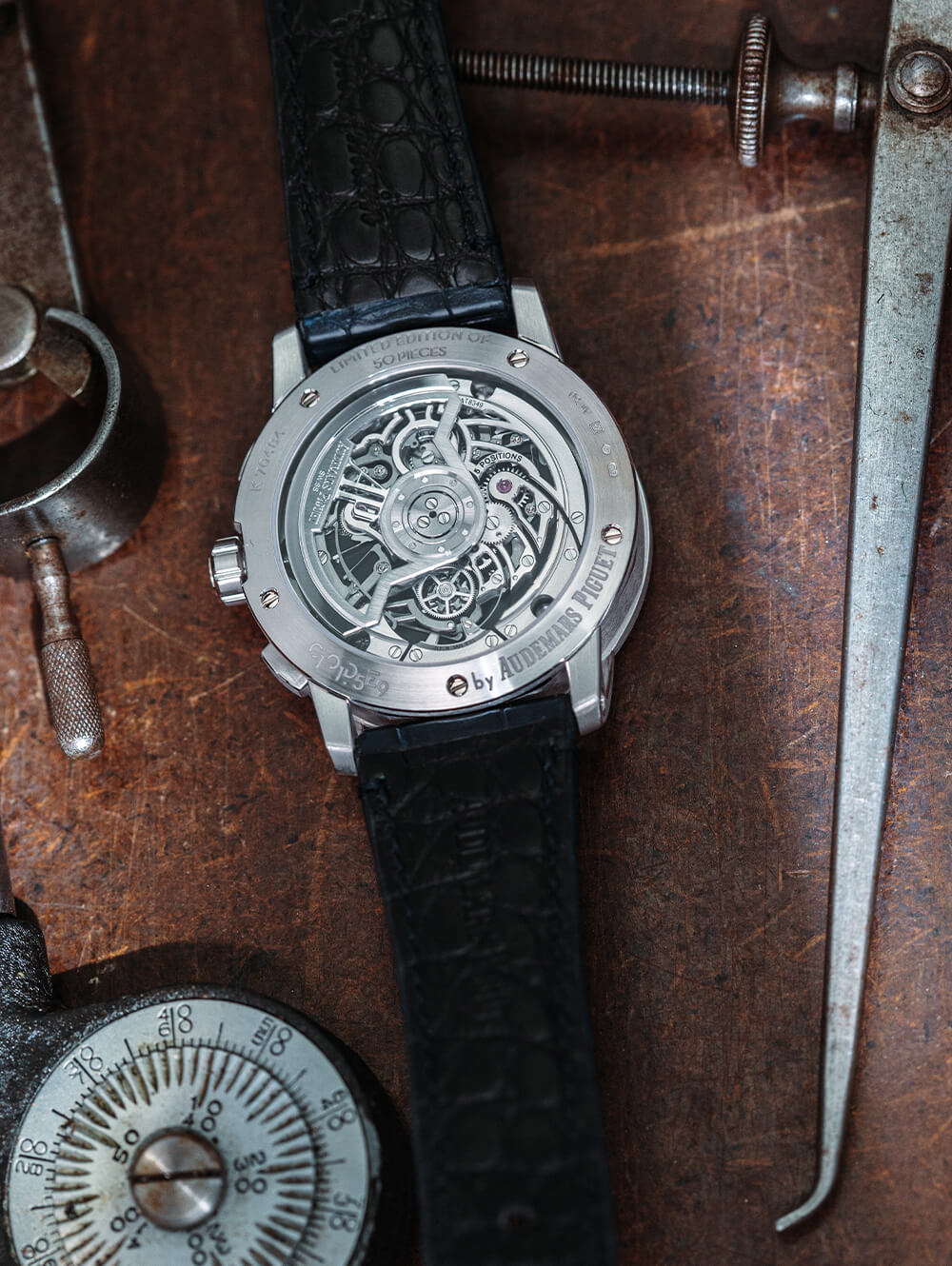 “When we are in the R&D stages of complicated movement design, we are always considering the case forms that the movement may be introduced in. CODE 11.59 has created entirely new approaches for us, resulting in movement designs that we would have never arrived at or even considered via Royal Oak, Offshore or Concept.”

There was never a question of which line would suit the latest Flying Tourbillon though. The combination of the prestigious complication alongside the ever-contemporary flyback chrono seems hand-tailored to the 11.59. They share that same fusion of old and new, architectural and cutting-edge.

As the new Royal Oak Concept Flying Tourbillon GMT shows, there’s still room elsewhere for boundary pushing new movements, but it does seem as though Audemars Piguet has found a new medium through which to flex its watchmaking muscles. And if the Flying Tourbillon is anything to go by, AP’s been lifting. Hard.

Share the post "Up to Code: How the Controversial Audemars Piguet CODE 11.59 Emerged from the Royal Oak’s Shadow" 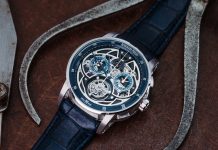 Aficionado – October 2020: The Coolest Things In The World Right Now