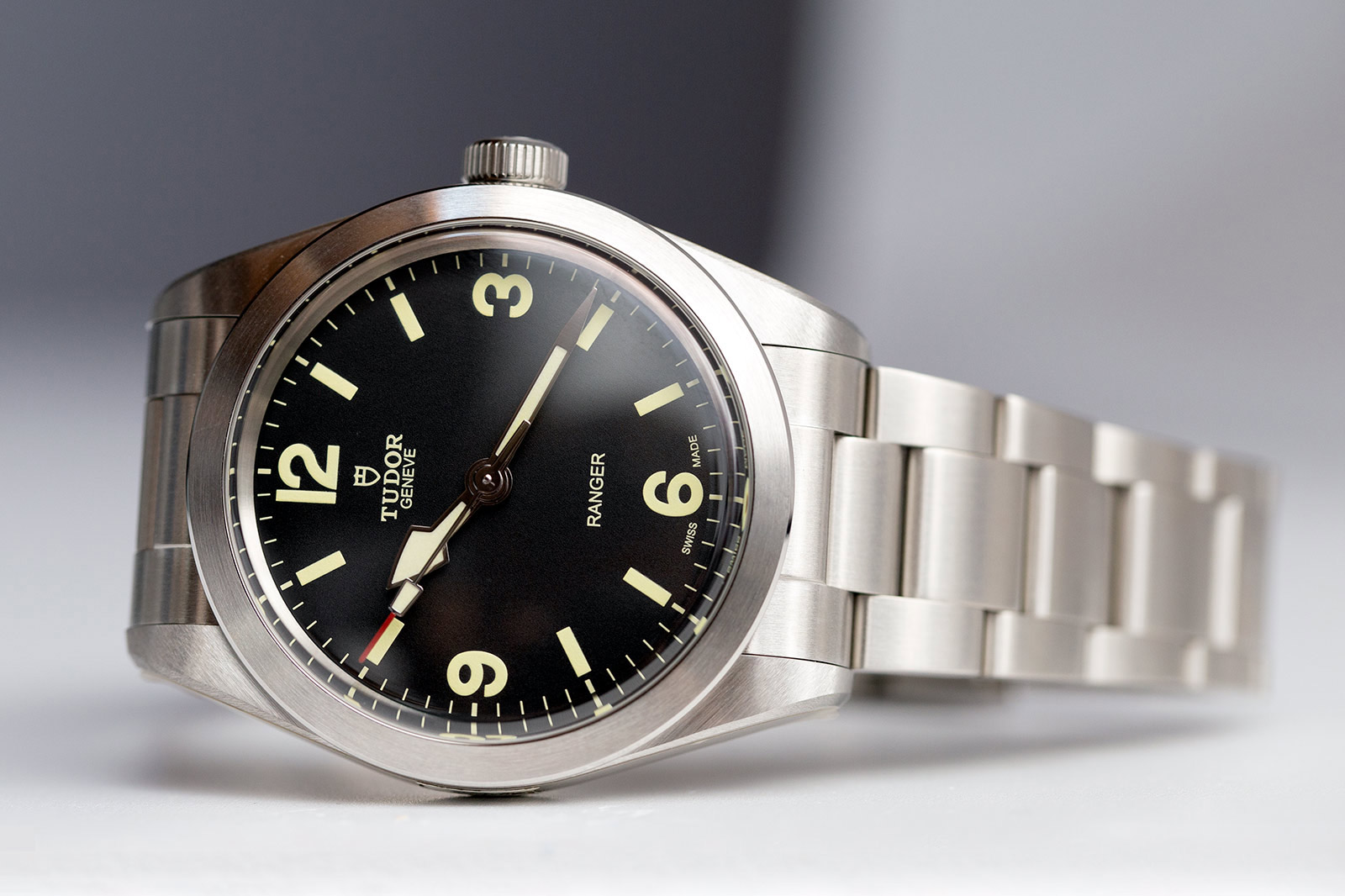 While Rolex might have arguably the biggest exploration chops around, Tudor’s heritage stretches back at least as far. Yet while the watch with the crown conquered Everest, its sister brand aimed for the North on the British North Greenland Expedition.

The two-year expedition began in 1952 when 30 men went deep into the icy North for science, all equipped with what was then called the Tudor Oyster Prince, ref. 7909. It was a 34mm tool watch and with a white dial and an automatic movement – and if that sounds a little like the Explorer, then you’d be correct. Throughout the expedition, not only were they used as the instruments they were designed to be, but their own performance was tracked to help Tudor improve their own watchmaking when the expedition got back. 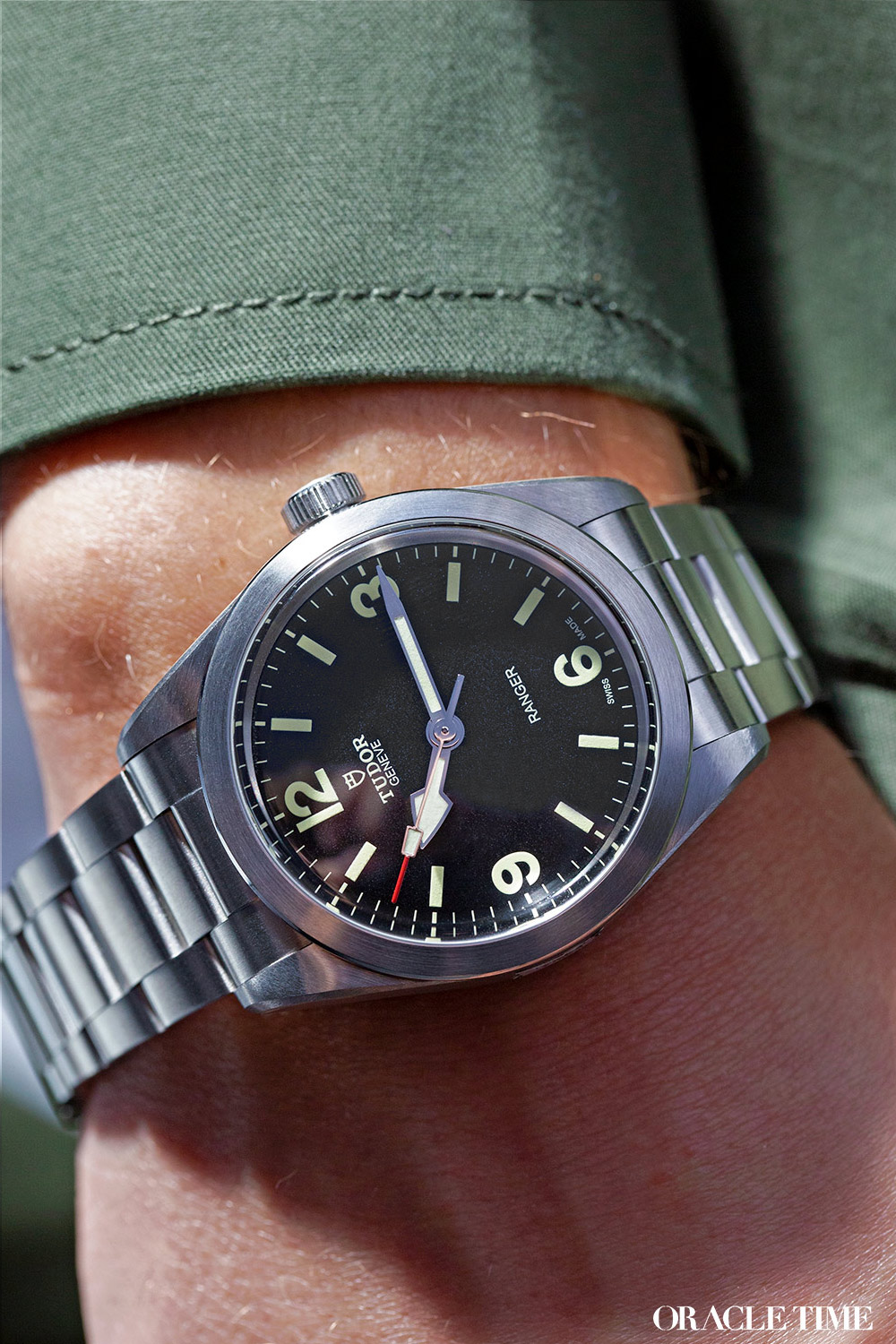 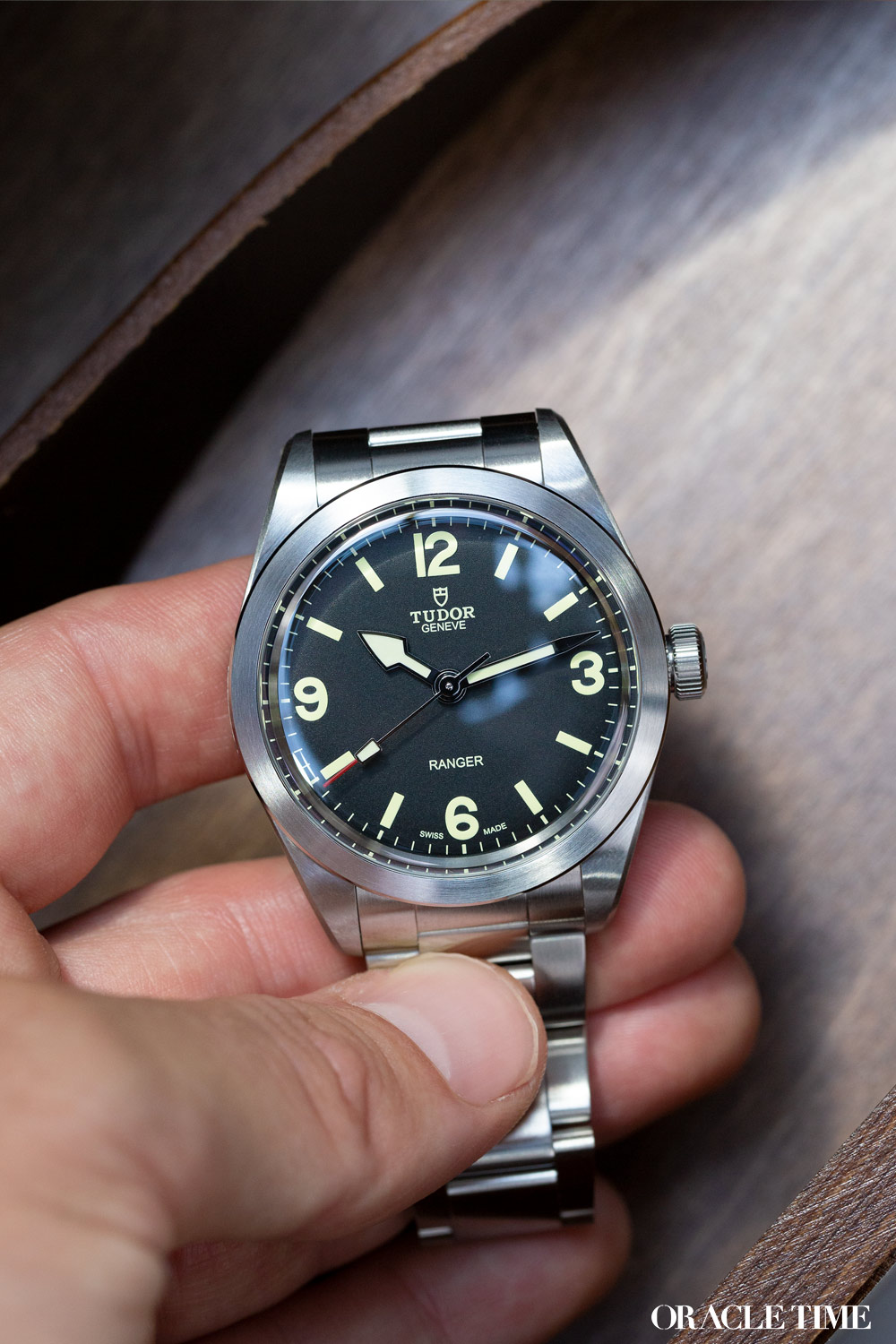 Post-expedition, Tudor brought the watch and its feedback improvements into the spotlight as the newly-dubbed Ranger, pretty much as an accessible alternative to the Rolex Explorer. That said, it took until the 1980s to become a reference in its own right – before being decommissioned in 1988.

The Ranger surfaced again in modern Tudor in the mid-2010s, before being mothballed once again in 2020. It was a short-run hiatus however as now, to celebrate the 70th anniversary of the original 1952 expedition we have the latest edition of the Tudor Ranger, and it was worth a little bit of a wait.

Just like before, the new Tudor Ranger Ref. 79950 is a solid alternative to the Rolex Explorer, but with more going for it than accessibility now. For one, it measures in at 39mm for those that miss the larger Explorers which, in my mind, is far more in keeping with the rugged nature of exploration. Anything smaller feels far too delicate (even if I do love a bit of bi-colour). 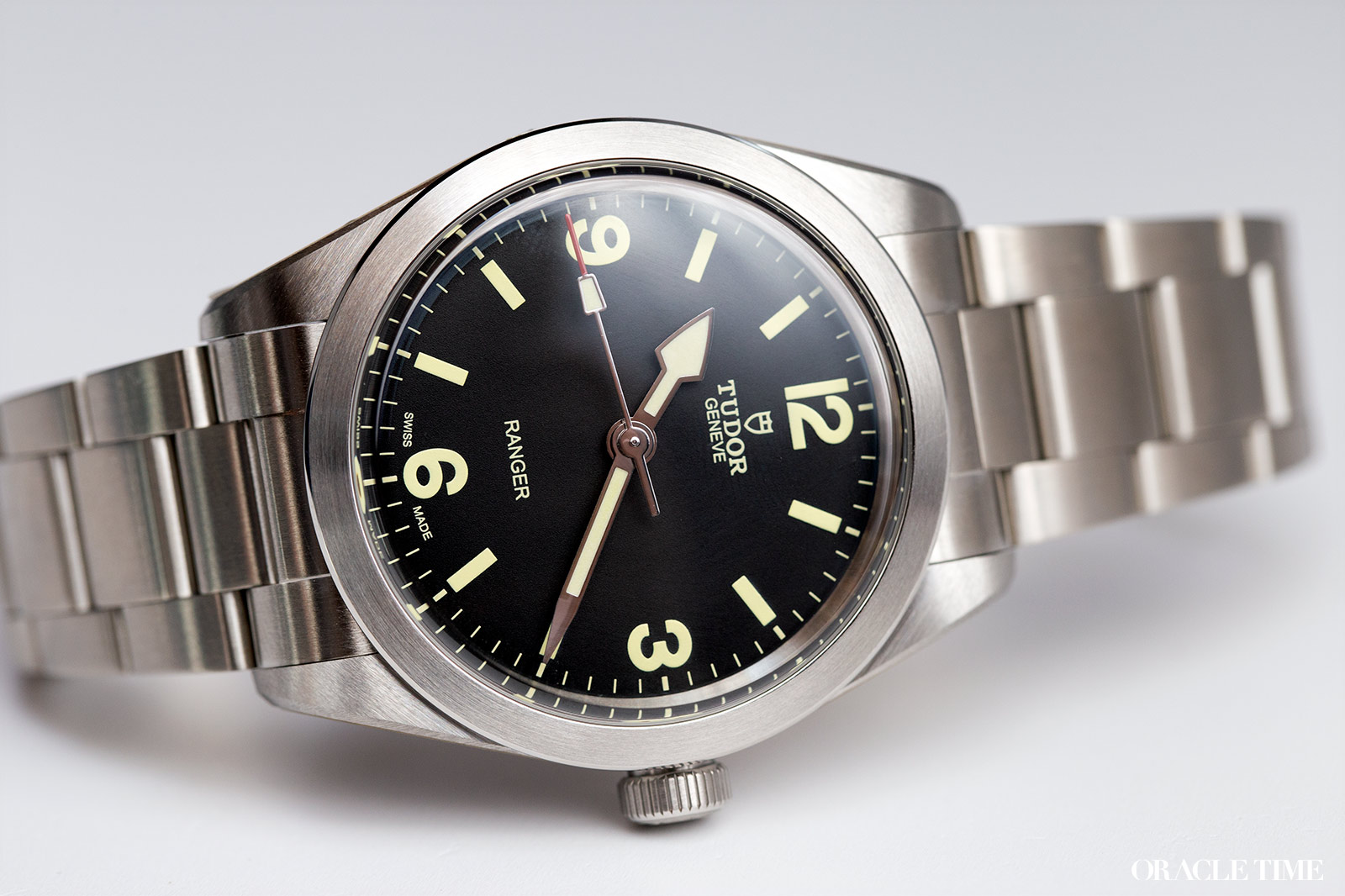 It’s also a bit chunkier, modelled as it is on the incredibly popular Black Bay 58. The whole thing is satin finished, hammering home that utilitarian instrument look – other than a polished accent around the edge. Not being a diving watch there’s no rotating bezel, but it still gets to a respectable 100m water resistance, perfect for, let’s say, trudging through snow.

The dial is streamlined and legible, with oversized 12, 3, 6 and 9 and the other hour markers using batons. They’re all lumed up – as is the handset which surprisingly doesn’t include Tudor’s signature Snowflake hour hand, opting for a more vintage-focused arrow instead. Thankfully there’s no date display in sight.

On the wrist it’s reassuringly weighty, helped in good part by the extremely comfortable bracelet, which sits absolutely perfectly on the wrist and comes with a flawlessly machined clasp. This being Tudor, it’s also available in a striped textile version imitating a NATO and a hybrid rubber / leather number, though honestly, you’d be objectively wrong not to opt for the metal. 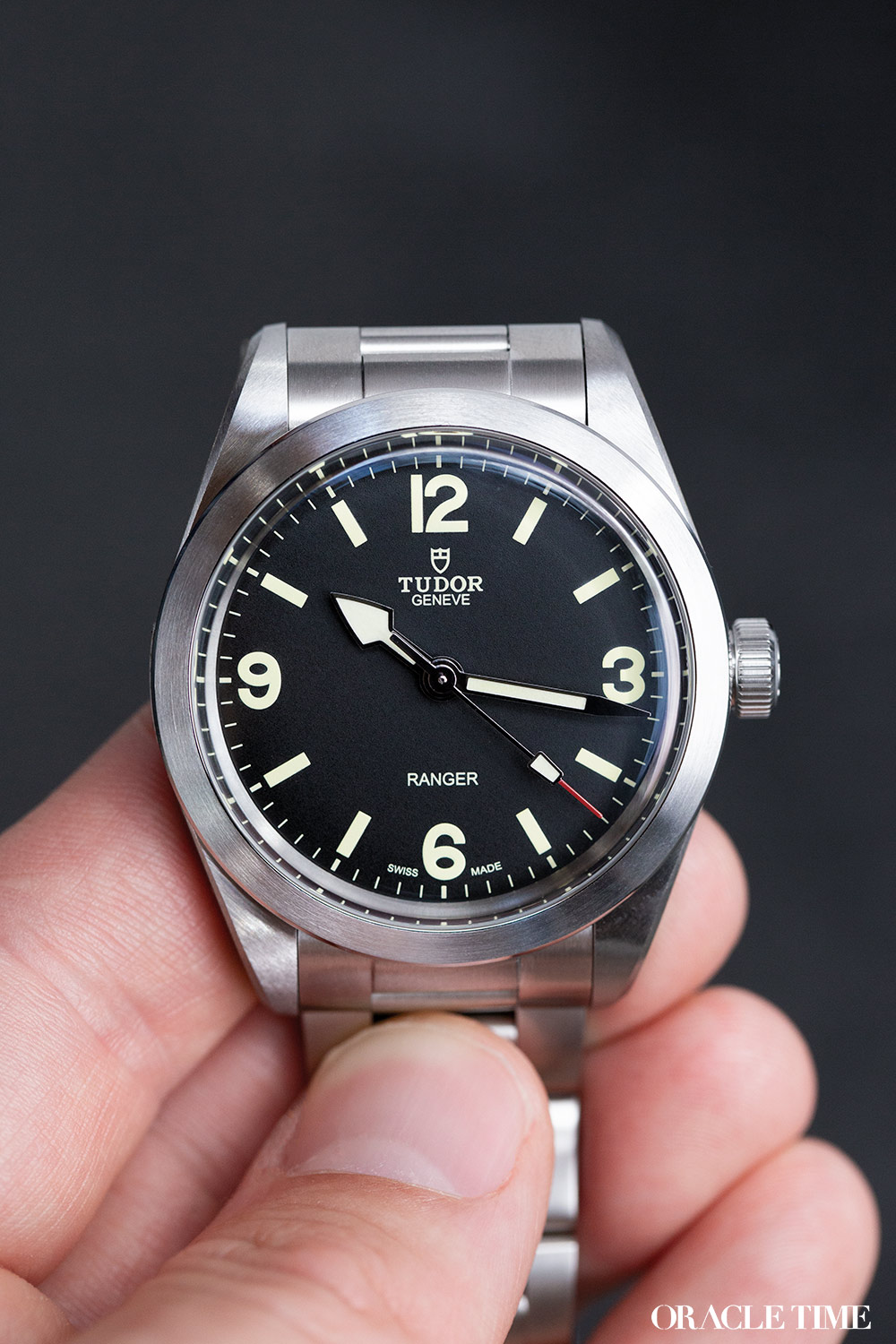 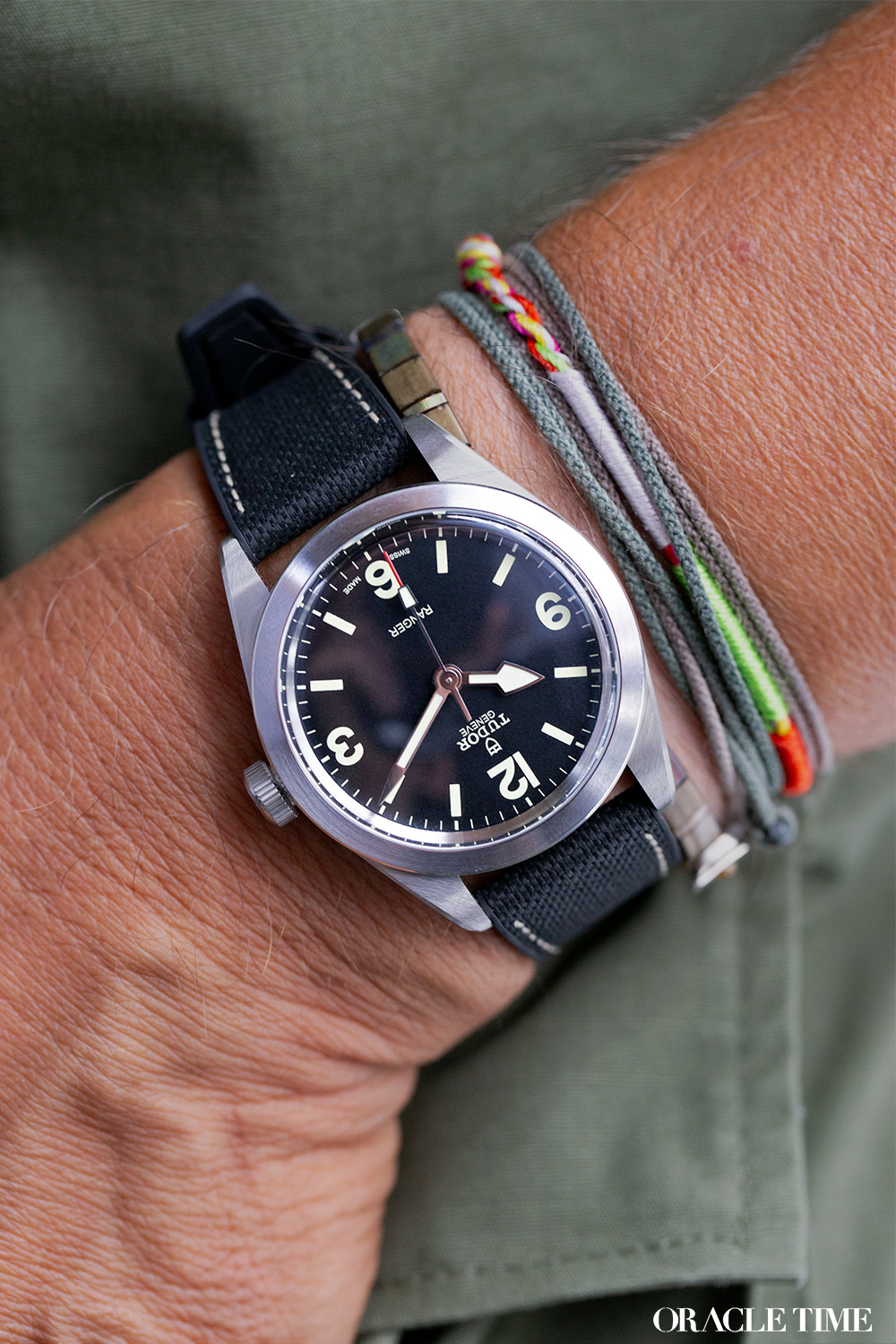 Mostly it’s very similar to the 2014 Ranger, though the red tip to the second hand is far nicer than colouring the entire thing. It also looks a little less sparse thanks to the larger bezel and better thought-out proportions. The biggest change though is inside. In keeping with the case shape, the new Ranger uses the same movement as the Black Bay 58, the Calibre MT5402 made by Tudor-owned movement specialist Kenissi. It’s robust, antimagnetic and offers a 70-hour power reserve, all things you want in a rugged instrument like this.

Does it have any downsides? Well, you could argue that it’s a bit safe. After the Black Bay Pro caused a stir earlier in the year, this feels like an obvious release more than something new and cool. Where, for example, is my revamped North Flag? Still, it makes a lot of sense, too. We’ve been waiting for a new Ranger for a couple of years now and if the Black Bay Pro was Tudor’s Explorer II, then this fills the gap where the original Explorer would go.

The bottom line is that the Tudor Ranger is a lot of watch for the money: a solid movement, even more solid construction and a cool, utilitarian style to more than match any other Explorer-style timepiece out there – all for less than £2,420 on the bracelet. It’s hard to think of a better time-only tool watch around right now.