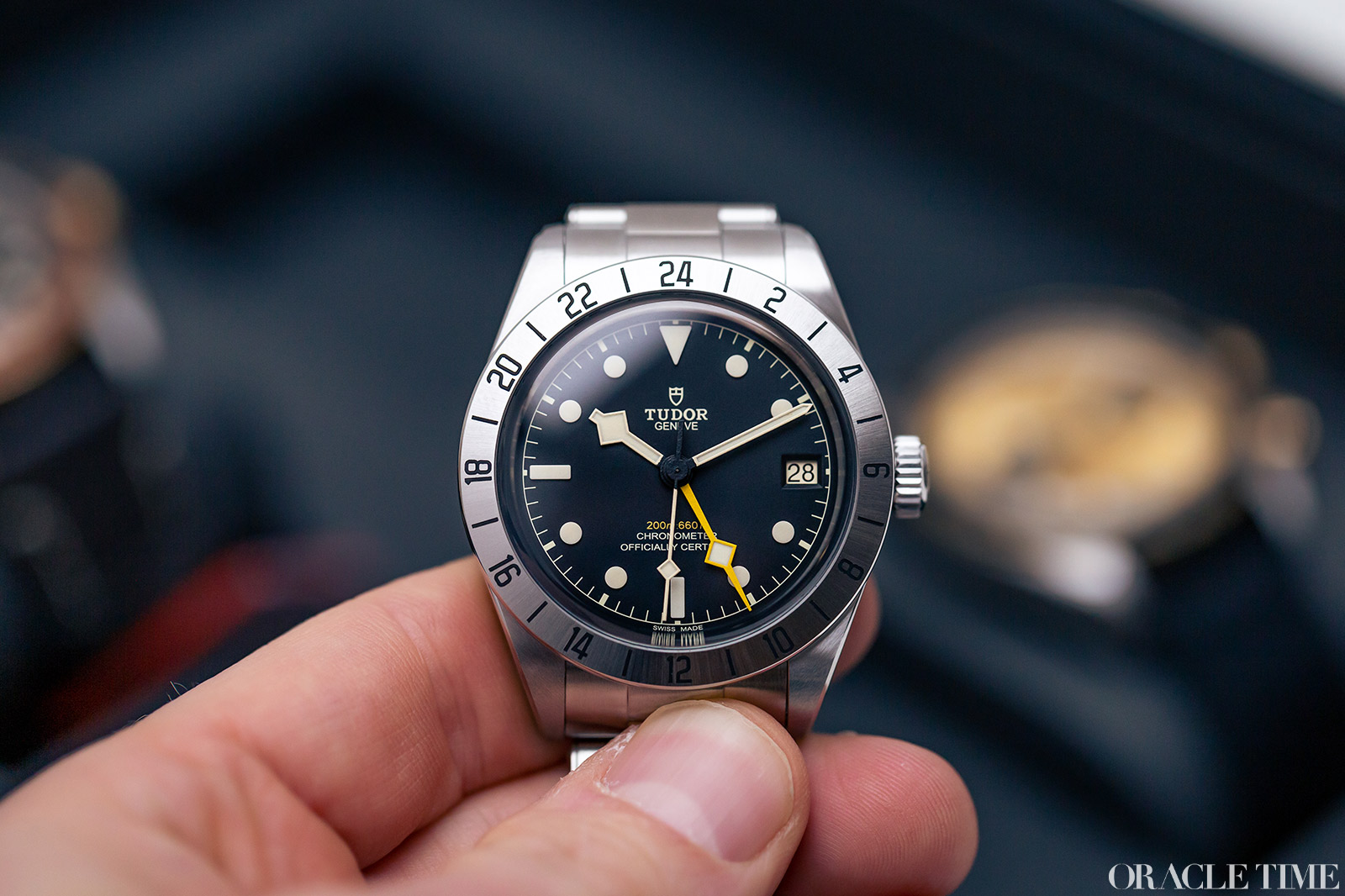 How many times have you heard Tudor described in terms of Rolex? A more affordable version of; a cooler take on; an accessible alternative to the Watch with the Crown? Most of the time it’s unfair, given the Black Bay shaped niche the watchmaker has carved out for themselves, but every now and then it’s hard to ignore. For every time they extricate themselves from the oppressively crown-shaped shadow of Big Daddy Rolex, there’s another they show just how comfortable they are there. So it is with the Tudor Black Bay Pro.

Now, I’m not saying that taking cues from the most successful watch company in history is a bad thing. If anyone can pull it off without sighs of exasperation (I’m looking at you, Omega), it’s Tudor. So, when I say that the Black Bay Pro is, to all intents and purposes, Tudor’s answer to the Explorer II, I sincerely mean that with all the horological love in the world. 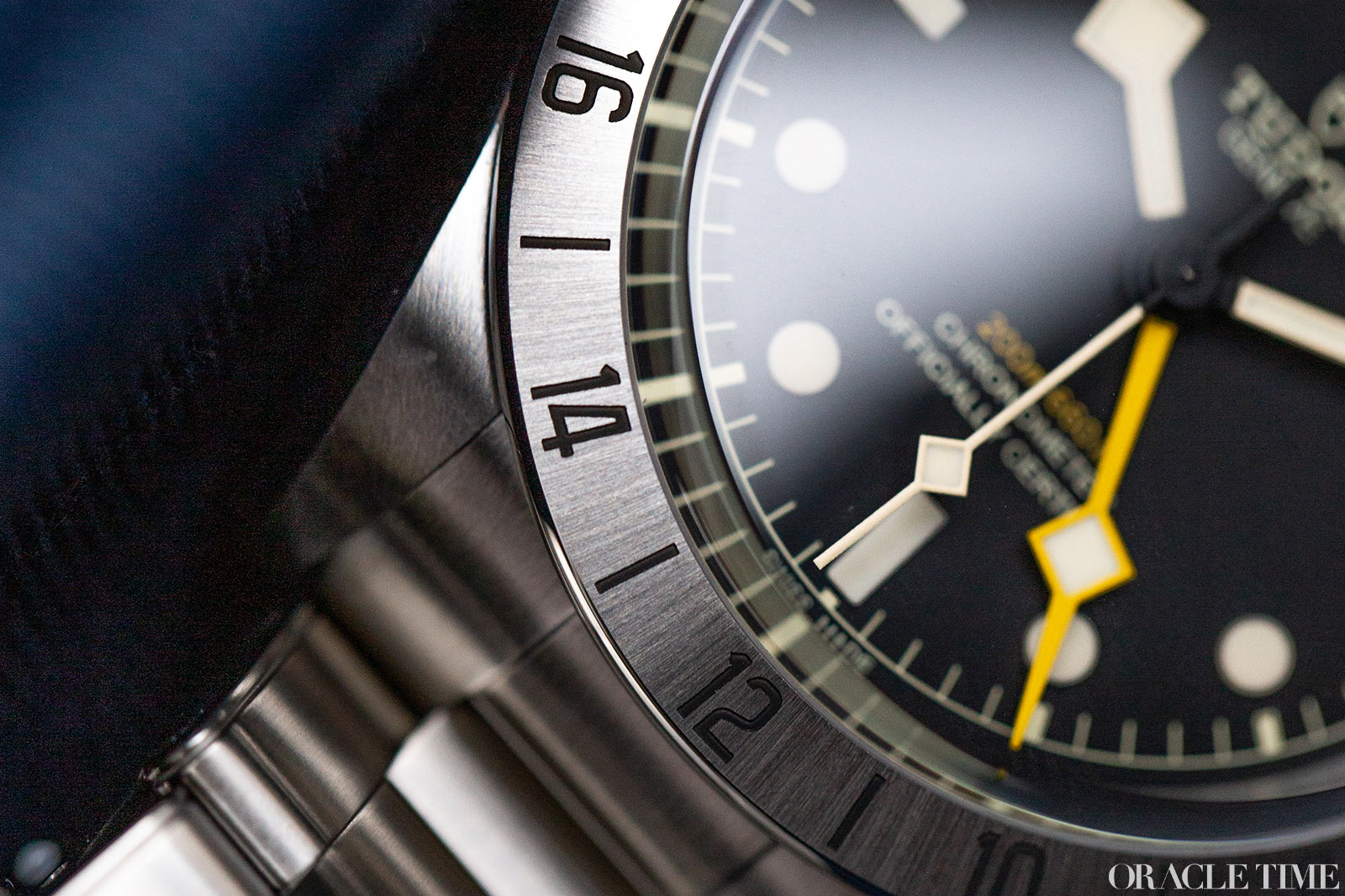 Granted, when I first heard the name, I expected something bigger, badder and machined like a Cold War submarine, something closer to the Pelagos perhaps. Instead, what we got is something more spiritually akin to the much-missed North Flag – and it’s a low-key sporty beauty.

Yes, from the front it very much looks like an Explorer II – more specifically a 1655 – in both the proportions of the 39mm stainless steel case and that distinctive fixed 24-hour bezel. It’s not a subtle nod, more modern reinterpretation and I’m here for it. After all, I preferred Tudor’s take on the GMT-Master II and, honestly, I’d probably say the same here. 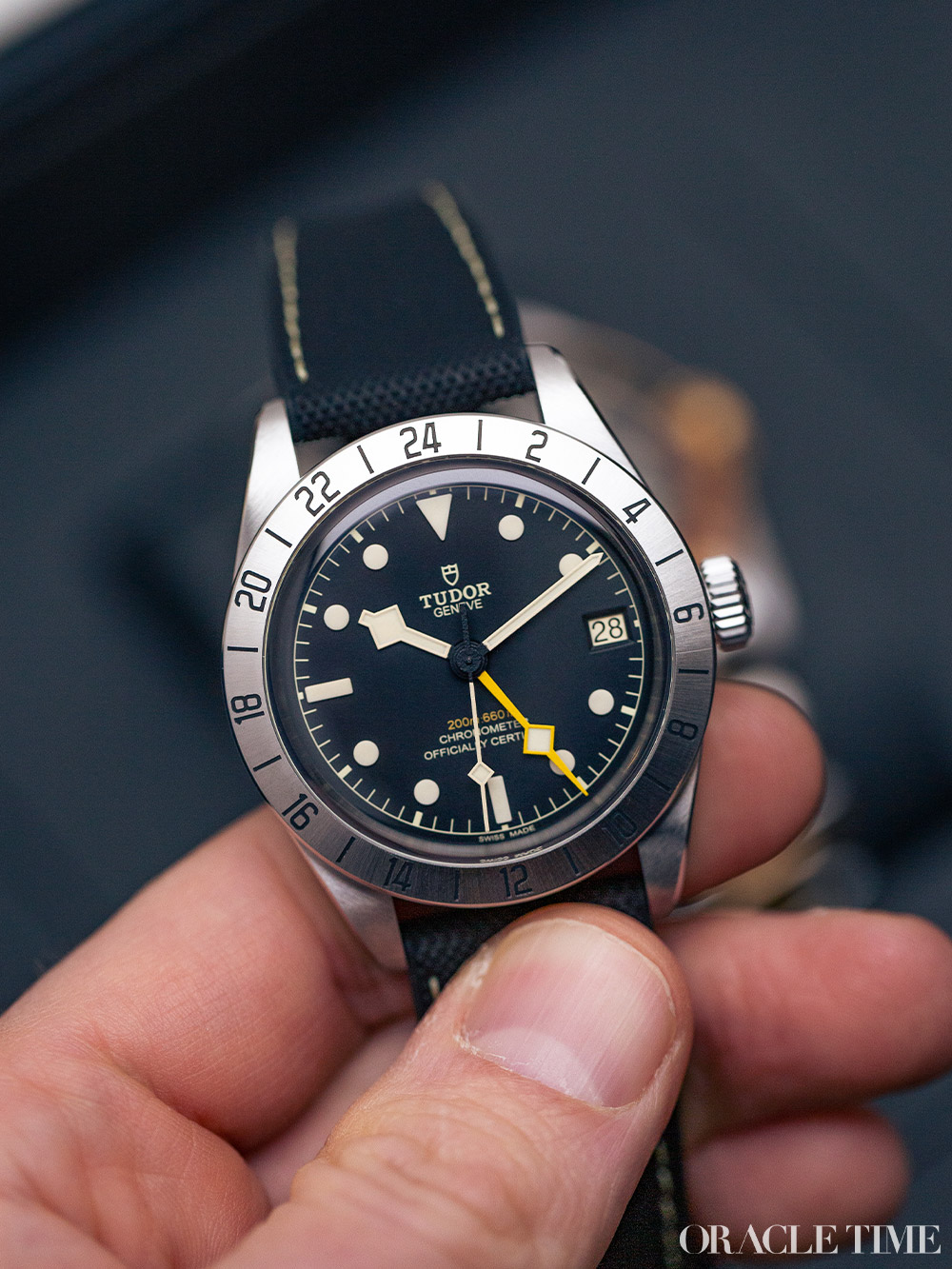 Not that there aren’t plenty of differences. In fact, surface- level comparisons aside, there’s a lot going on with the Black Bay Pro that’s all its own. For one, the silhouette feels a lot different thanks to the Black Bay’s large crown, sand crown guards. It actually looks fantastic with that steel 24-hour bezel. Retro rather than rugged.

The dial too is pure Tudor. The snowflake hour hand is representing in full force along with a pair of similarly- rhomboid second and GMT hands – the latter in a bright, high-contrast yellow. It’s also slightly domed and in matte black is very much in line with previous Black Bay models.

The result is a watch that’s definitely sporty, definitely a practical, wearable everyday watch, but a good deal more subtle than a pure diver or, really, anything that you might previously have expected ‘pro’ to append. 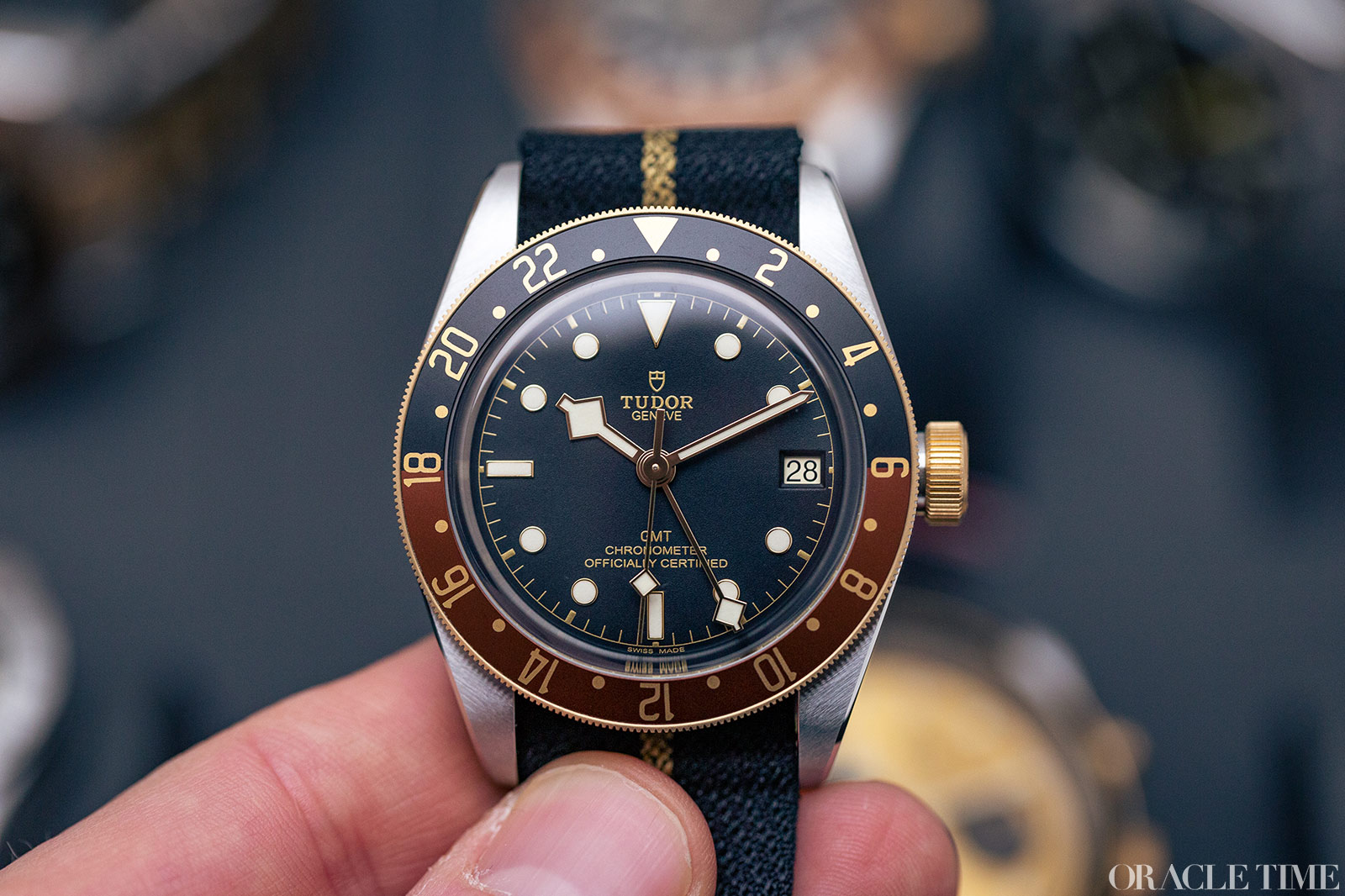 The same goes for its charms on the wrist. Not only is it that 39mm sweet spot, but it’s actually slimmer than the Tudor Black Bay GMT (the newest S&G version of which, incidentally, is an absolute stunner) so sits more elegantly on my tiny wrist. The fact that it has similar functionality – minus a time zone – makes the Pro a more understated alternative.

Speaking of the GMT, the Pro uses the exact same movement: namely the MT5652, with a welcome 70-hour power reserve. It’s COSC-certified (no expansion of METAS here) and offers an ever-useful jumping hour. It just uses the calibre in a slightly different format. 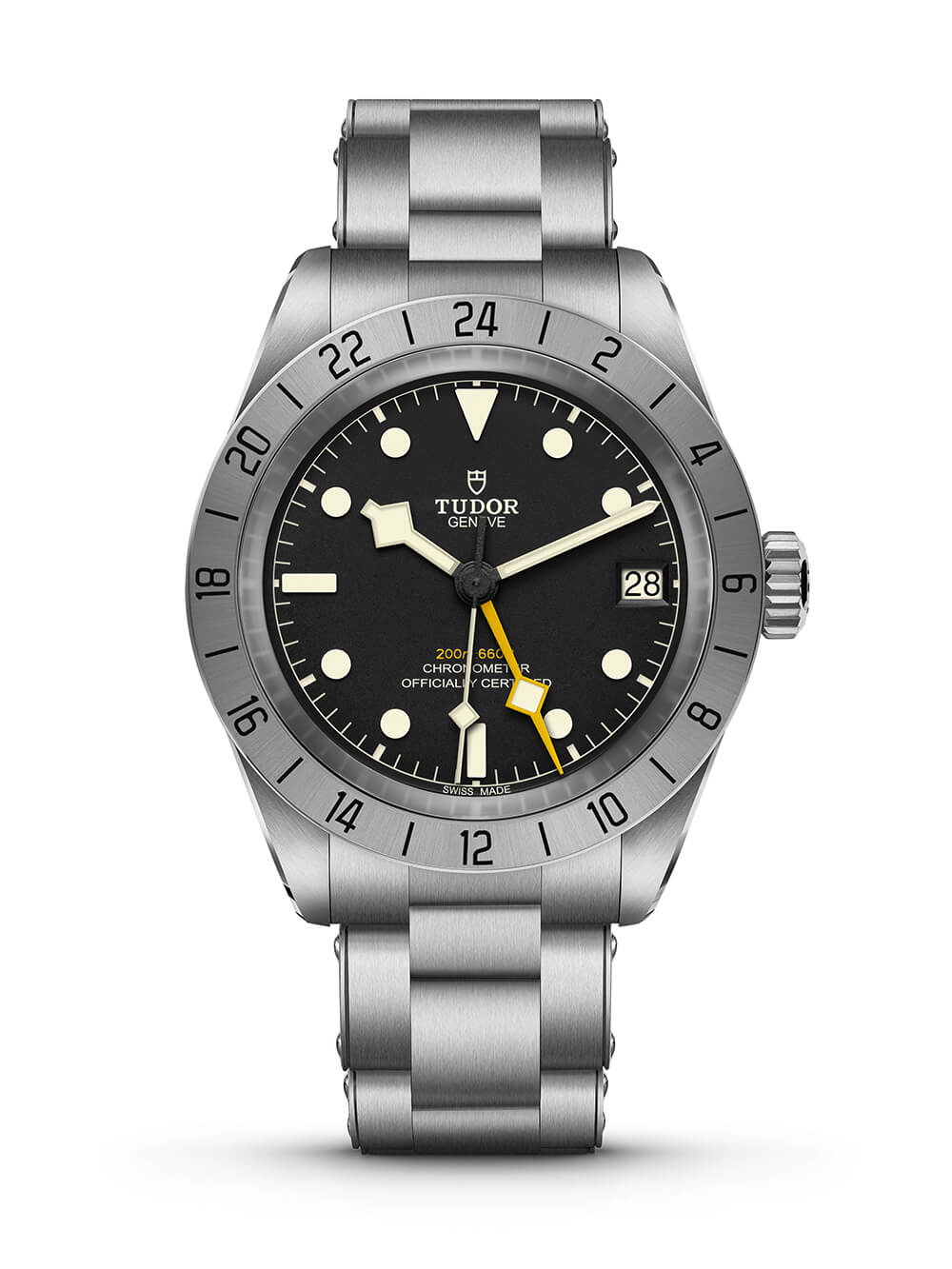 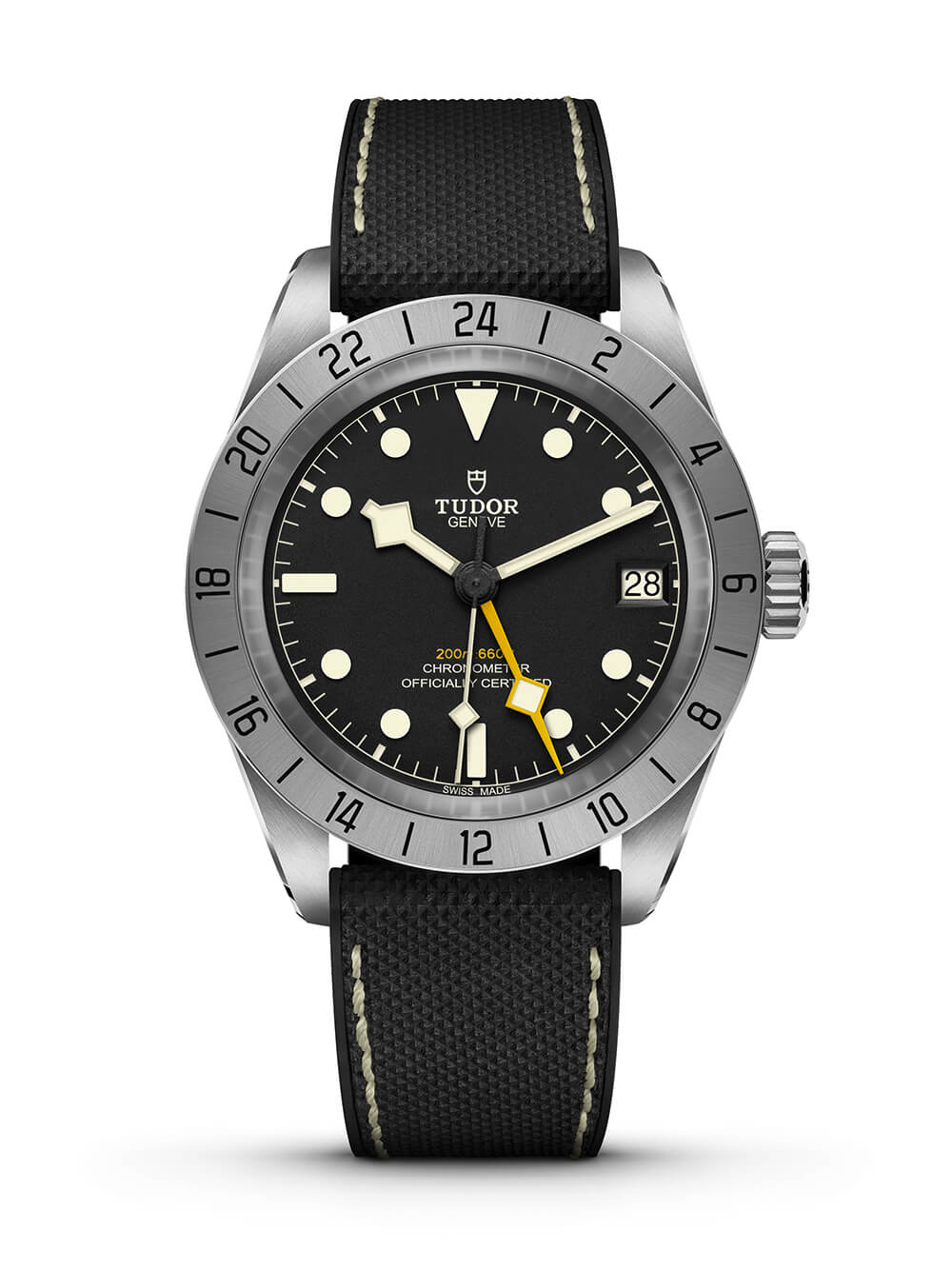 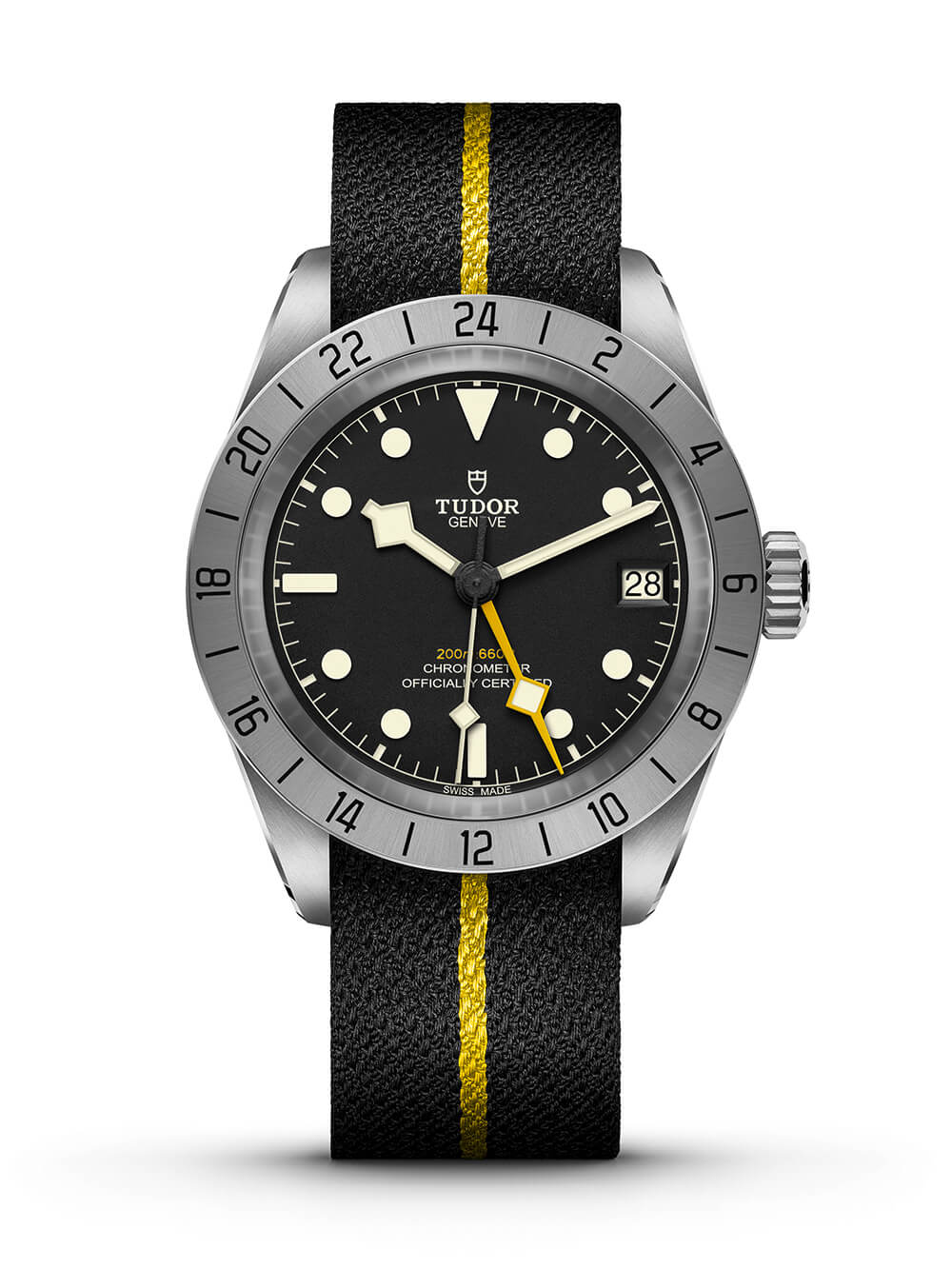 The Pro is available on three different strap options in line with other Tudor offerings. There’s the standard stainless- steel bracelet, a hybrid rubber number and the same cool, striped fabric strap as other recent releases. The rubber’s lovely and looks great, the fabric feels fantastic on the wrist but always feels a touch thin for safety’s sake, while the bracelet is… pretty standard. Solid, but standard. I’d likely find myself going for the hybrid as default, though only because the Black Bay Pro doesn’t come on a classic NATO. Fortunately, I have a watch box full of the things.

The Black Bay Pro is a damn fine watch. The fact that it’s also at a damn fine price – £3,080 on the bracelet, under £3,000 for the other options – will make it a no-brainer for most Tudor lovers. Personally, I’d pay a touch more for the sepia-tinted Black Bay GMT S&G, but there’s no denying that the Pro has knocked it out the park, even in the ever-crowded pool of dual timezone watches.

Sure, it shares plenty of Rolex DNA, but when has that ever been a bad thing?