Get your paddles ready this April as the Fellows‘ The Watch Sale gears up for one of the most important horological sales in London. There’s no shortage of lots already entered into the April 2nd auction, enough that it can be tough deciding exactly which you should be paying most attention to.

Don’t worry though; to ensure you don’t blow your budget on the first handful of watches to go to the block, we’ve picked out our five key lots. Expect some serious collector’s pieces – and some serious competition to go with them. 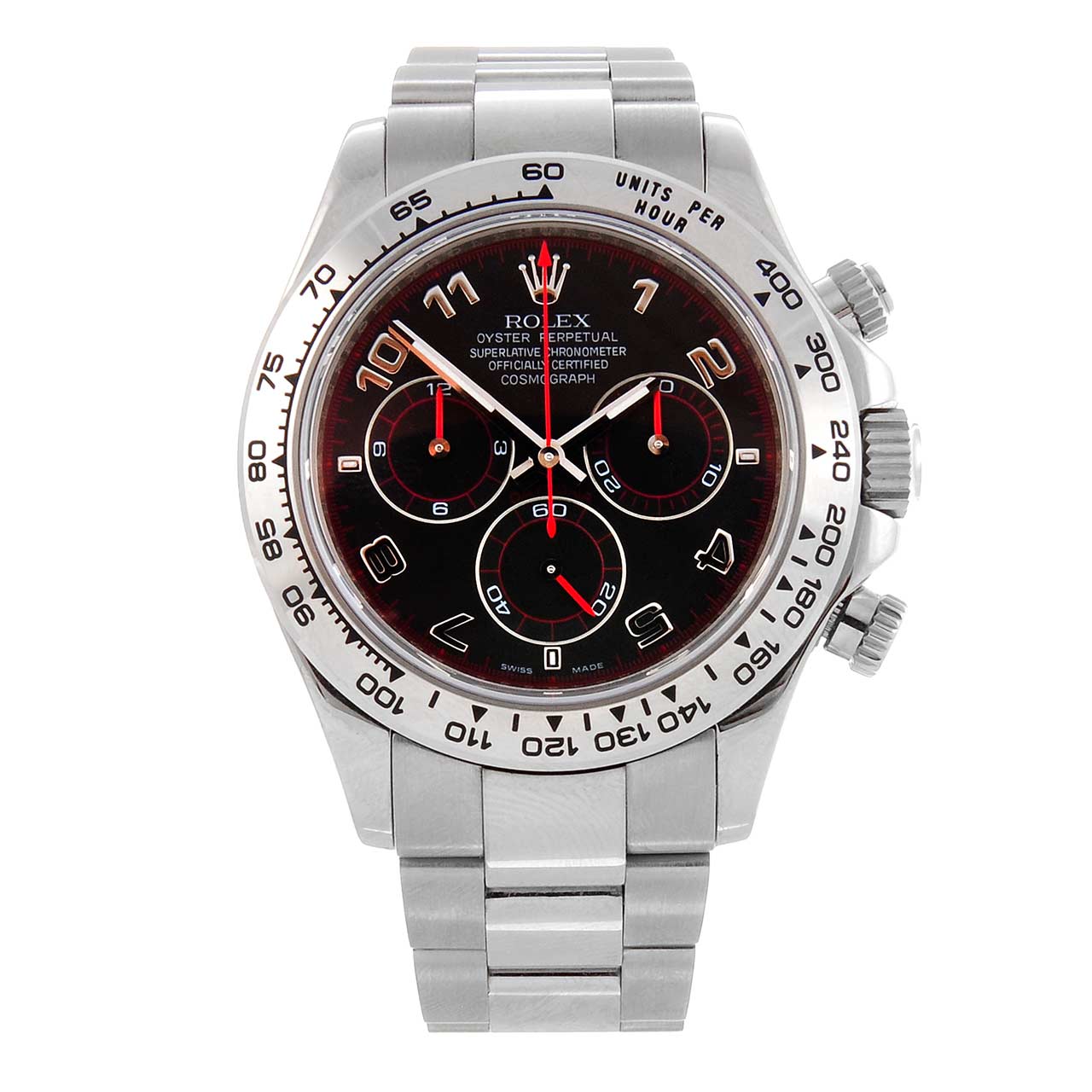 Getting your hands on a current model Daytona is easier said than done. Like all Daytona models, the waiting list is getting silly. So, what better opportunity to grab yourself one without months of anticipation? A solid chunk of white gold with that signature tachymeter and cool red highlights, this particular version is a modern interpretation of one of the few watches that can really be called iconic. View Lot » 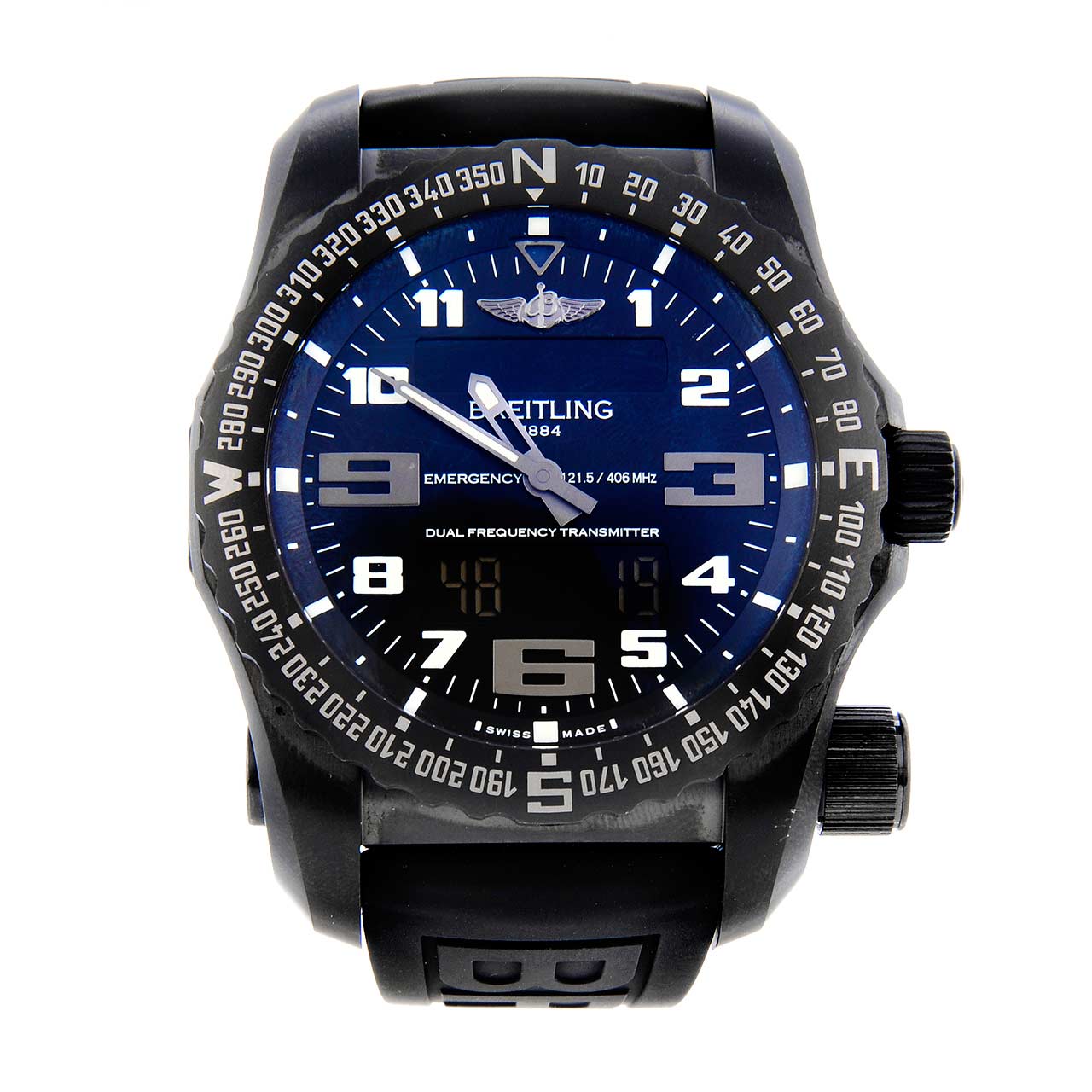 This isn’t the kind of watch you expect to see at an auction, but it’s impossible to miss despite its stealth look. This unusual version of Breitling’s rescue watch has been PVD-treated and has a stunning blue dial. Other than that, it has all the features that made the Emergency famous, including the emergency signal in case of being stuck in the wilderness somewhere. If any watch is built to last, it’s this. View Lot » 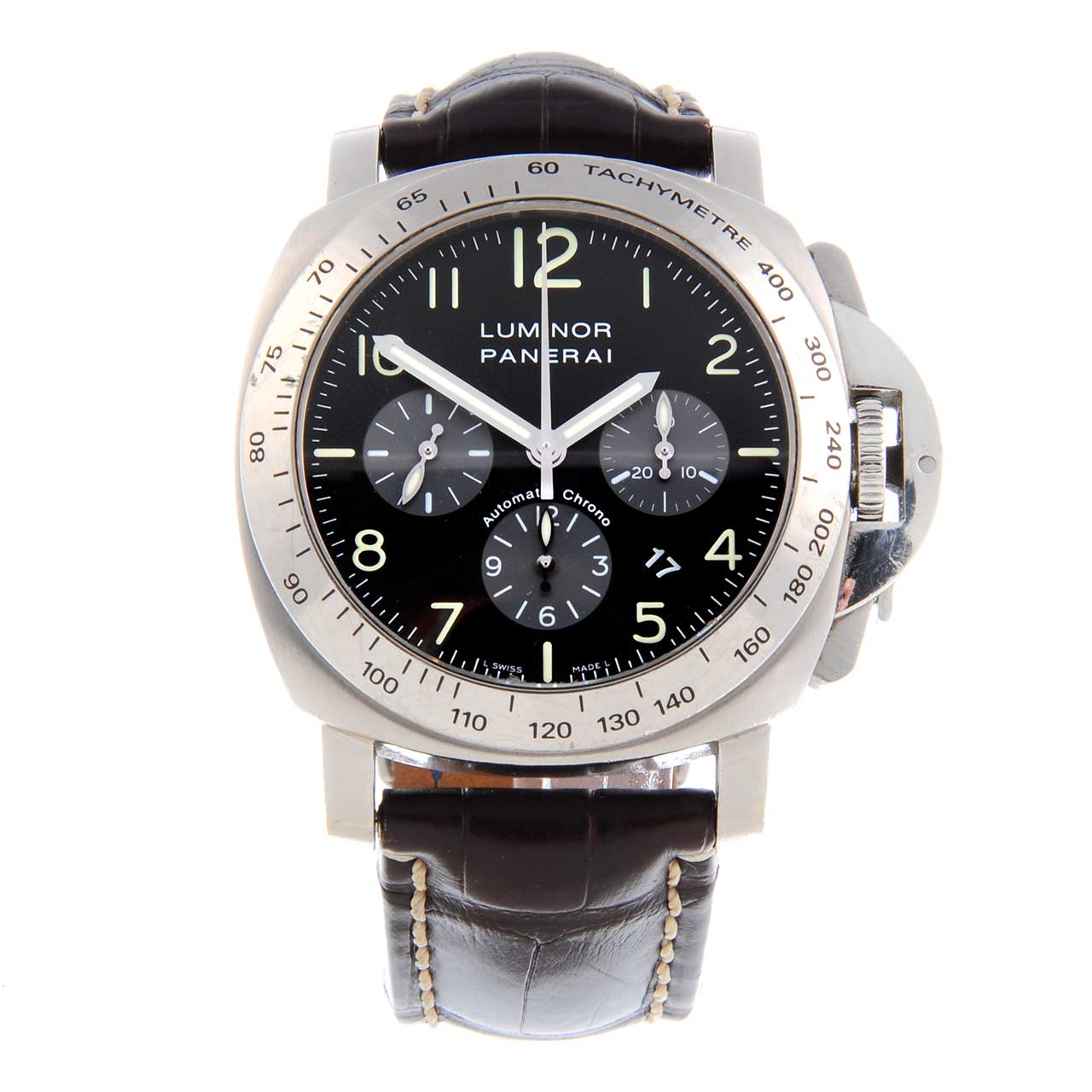 One of the more unusual Luminor models from the past few years, this chronograph Daylight model is equipped with a racing-style tachymeter. For a brand with such diving heritage, it’s an odd addition but one that differentiates this watch from the many, many other Luminor iterations out there. Still, it has everything you could want from a Panerai, including that iconic shape, the collection’s signature crown protector and a big, weighty case. View Lot » 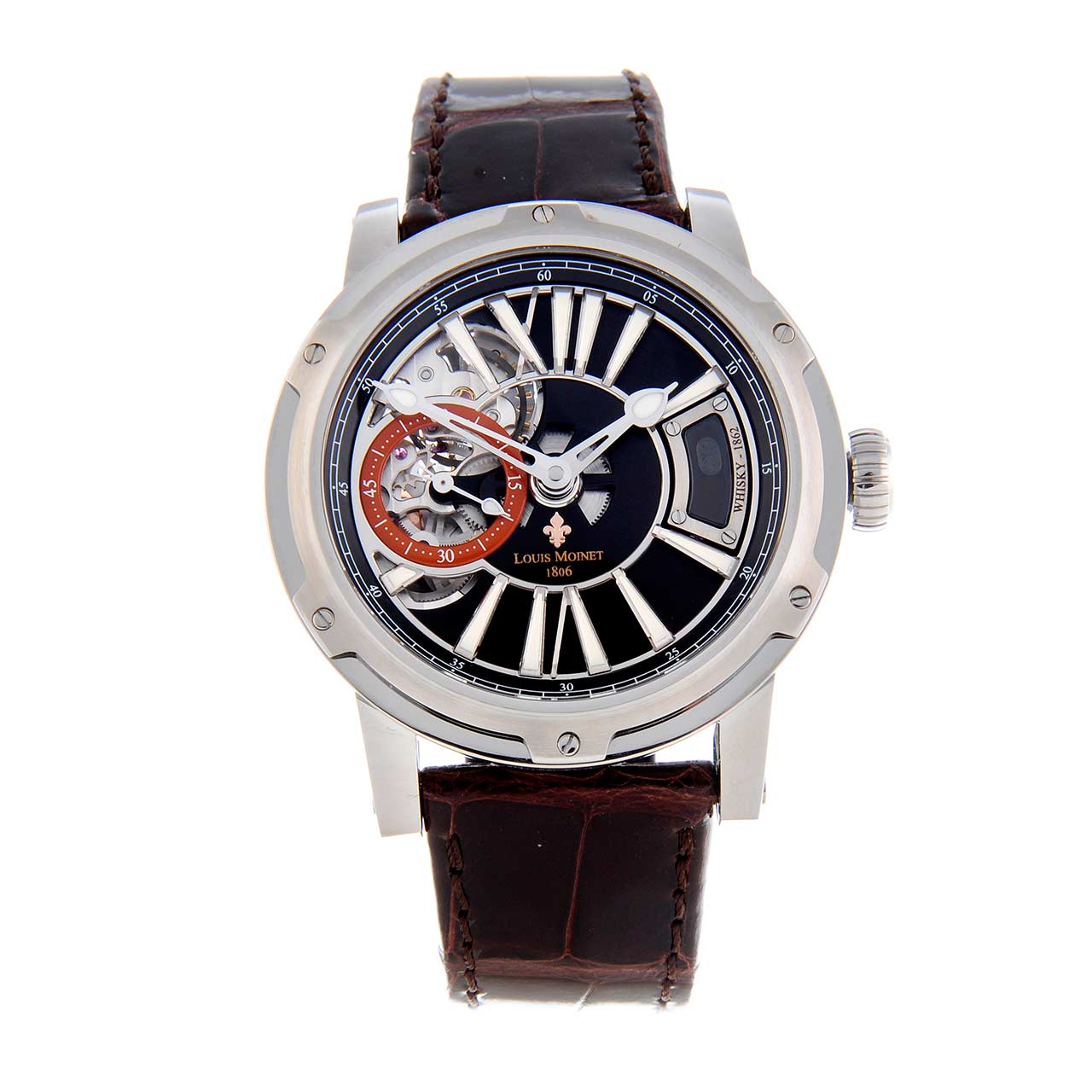 How do you make a watch finer than a Louis Moinet? You throw in one of the most sought-after whiskies in the world. At least, that’s what Wealth Solutions, a company specialising in the exclusive, decided to do. So here we have the contemporary masterpiece that is the stunningly openworked metropolis, containing a small capsule of a Rare Old Vatted Glenlivet 1962 visibly inserted into the dial. Only 50 of these have been made so whichever one you collect, watches or whisky, this is one hell of an addition. View Lot » 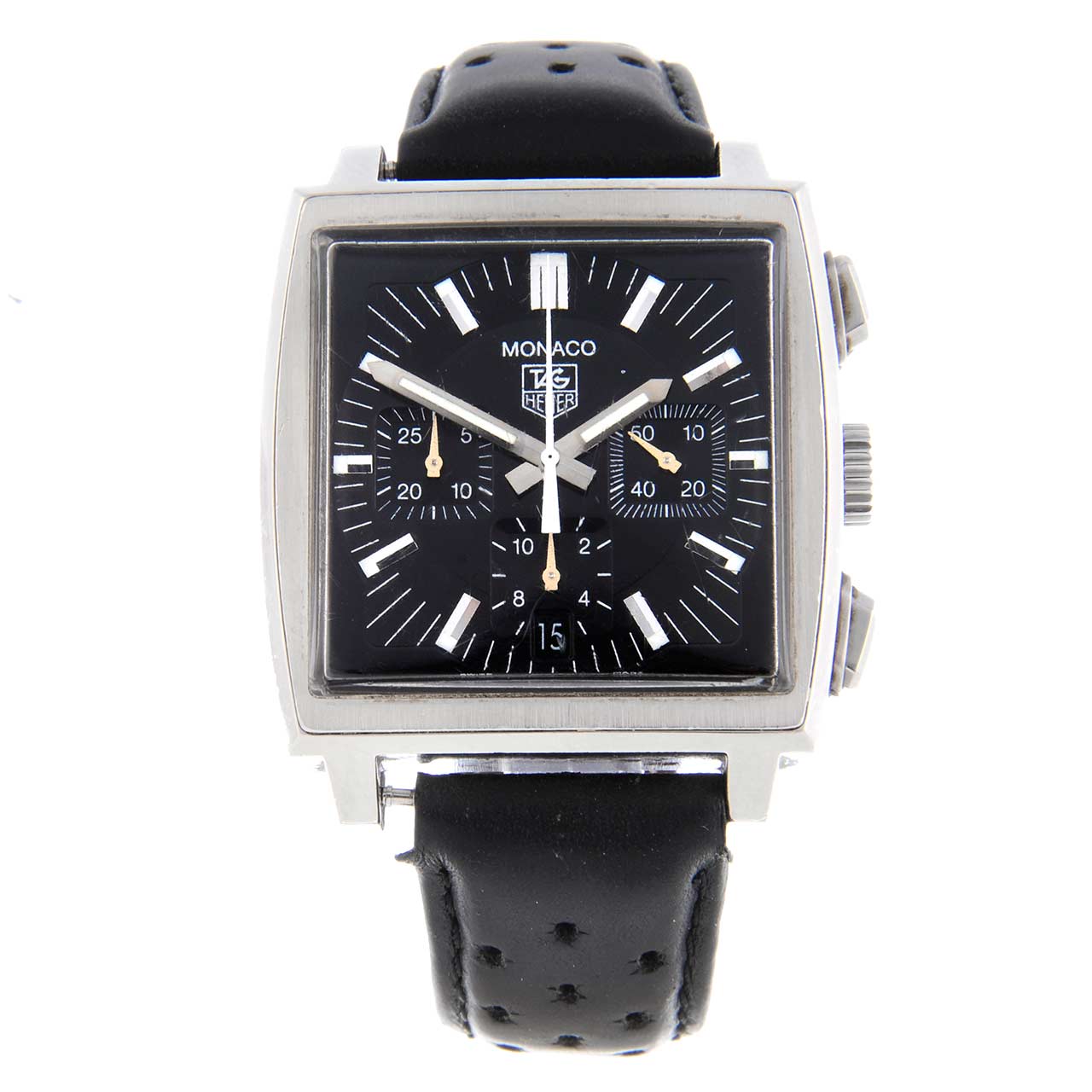 As strong an association with racing as the Daytona, the Monaco’s square case is almost as iconic thanks to the likes of Steve McQueen, who wore it in Le Mans. On the other hand, it’s a lot more accessible. This particular version is a charming, retro-styled chronograph in a simple black, white and steel look and perforated leather strap. Even better, at £1,000 (potentially) it’s a steal. View Lot »

Fellows’ ‘The Watch Sale’ takes place on 2nd April with a plethora of watches to choose from. View the full line up at Fellows’ website.