It’s safe to say that Stranger Things is a modern phenomenon. Netflix’s first major success as a studio that changed the way we consume media and genuinely drew new audiences to the platform. With the first chapter of Season 4 already available and the second set to drop next month, the latest outing of Eleven and friends is already proving to be a cultural hit. Timex are celebrating the success of the show and their shared 80s influence with a trio of commemorative Timex x Stranger Things watches.

Specifically, the three pieces available are the Timex Camper, Atlantis and T80, providing a solid range of sizes, utility and designs, all from the 1980s. 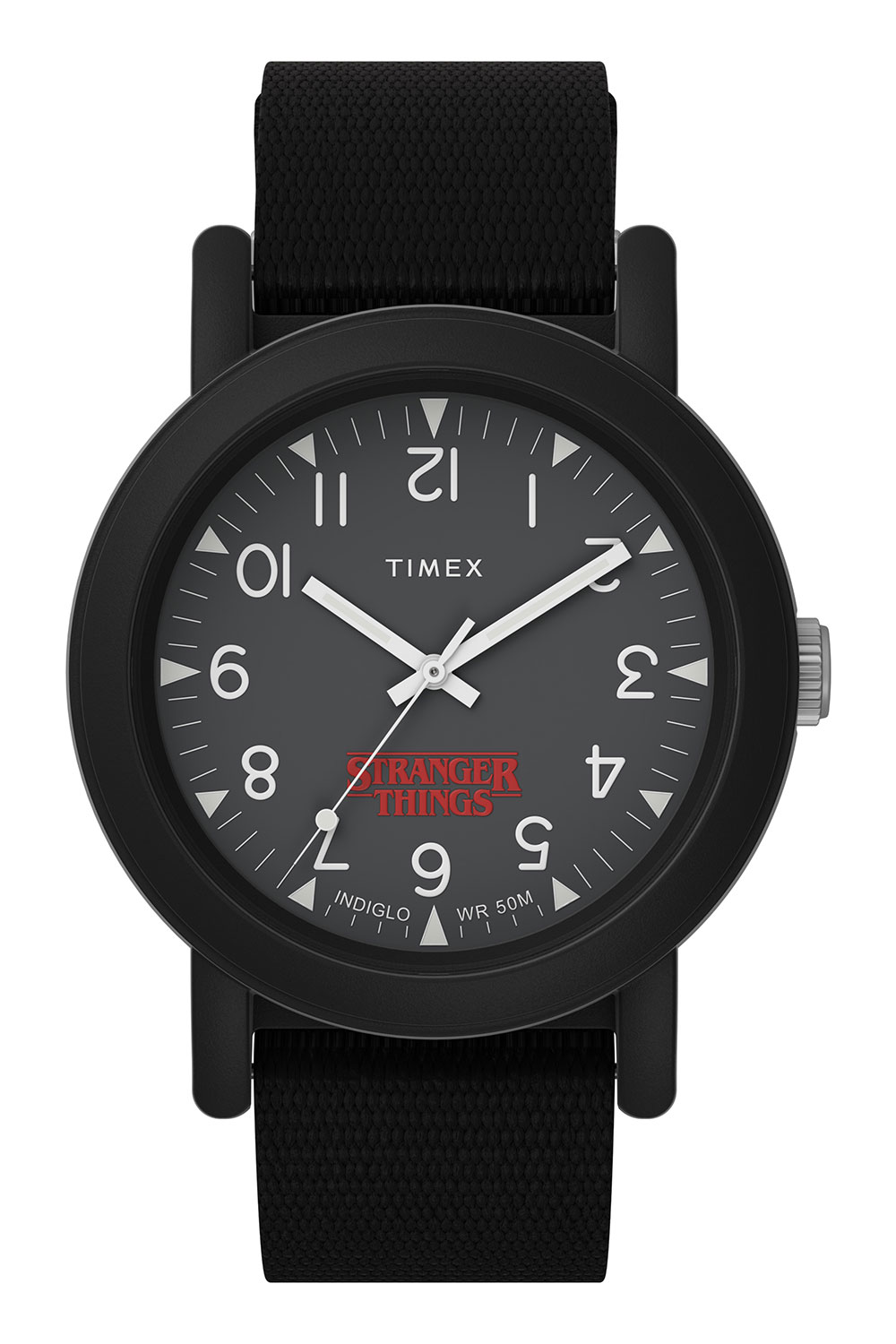 The Camper is the only analogue watch of the trio and features inverted Arabic numerals in reference to the Upside Down, a monstrous realm beneath the surface of reality. It also has a frightening Indiglo backlight depicting a red, tooth-filled maw. Timex’ choice to include a Camper in the range comes from the fact Lucas can be spotted wearing one in the new season. 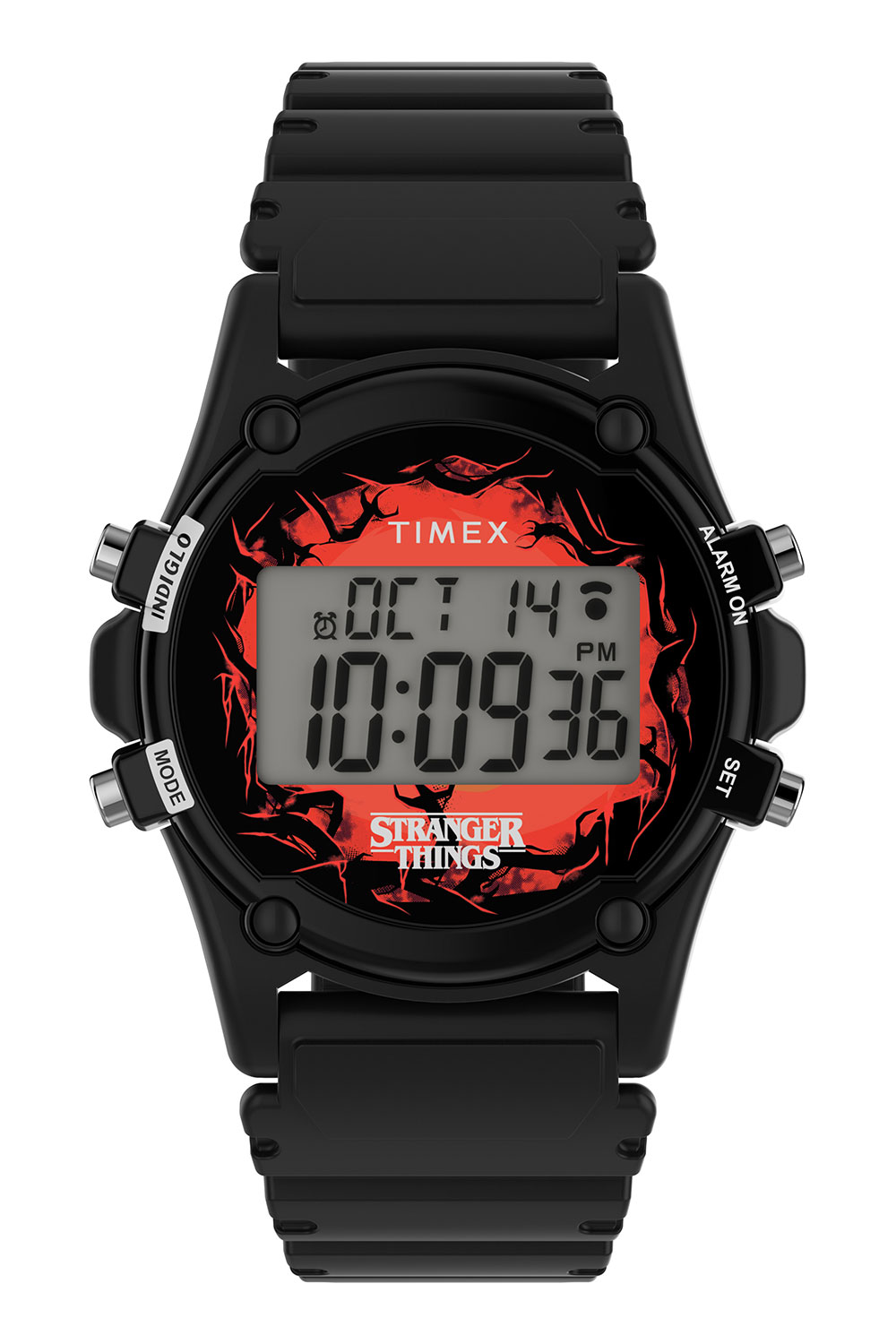 Second up is the Atlantis, a twisted take on the watch worn by Jim Hopper in previous seasons – evidently there’s a lot of Timex in the show for watch fans to go back and spot. The Timex x Stranger Things edition has a creepy vortex motif around the central digital display, which also has a disturbing Indiglo backlight. 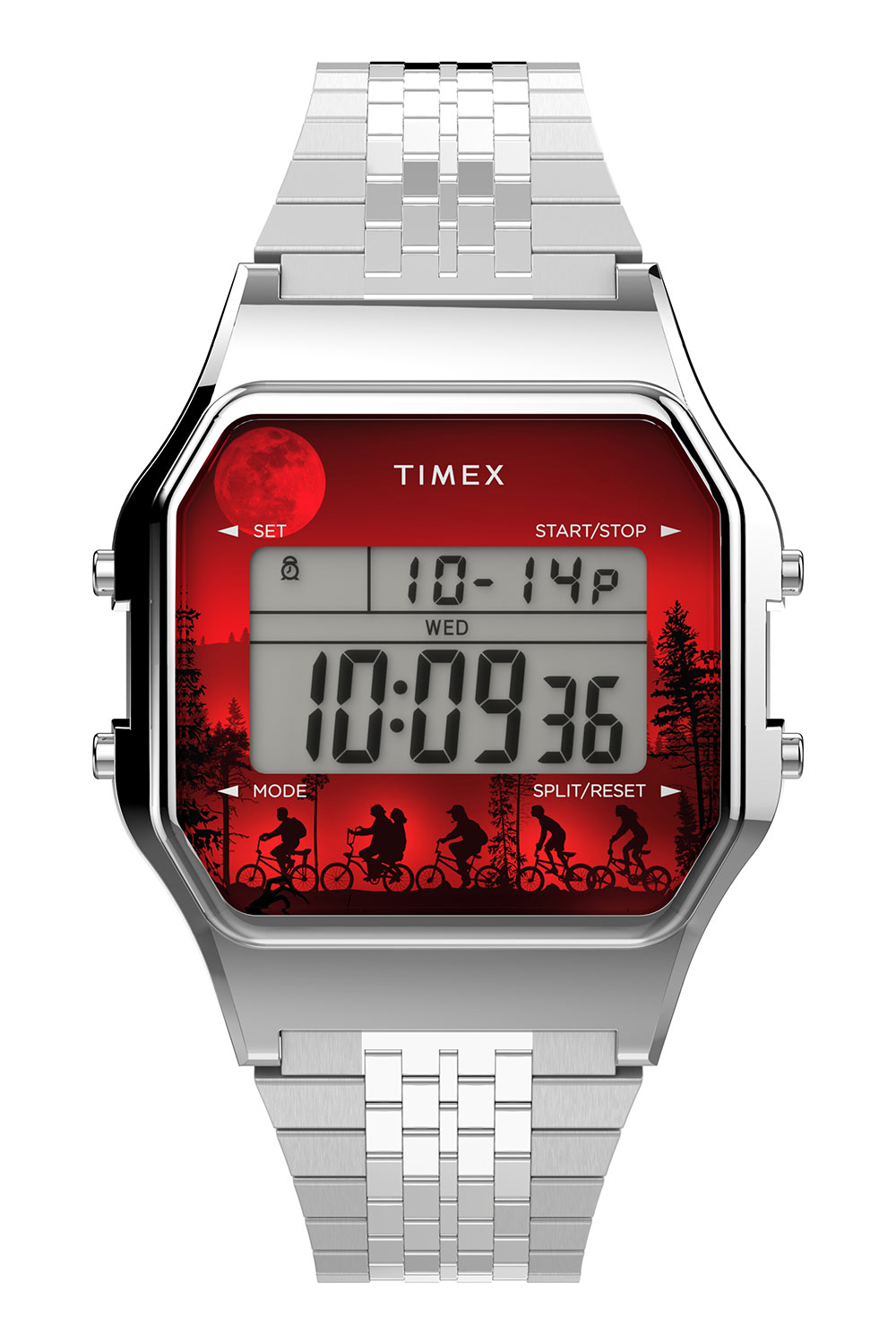 Lastly there’s the T80, another digital piece. It has an image of the kids riding on their bikes through the sinister woodland around Hawkins, Indiana. Both the T80 and Atlantis have custom alarms that play the theme song from the show because the music is a major part of the thrills. In fact, music is doubly important to season 4 of Stranger Things as it shows just how much impact the show has on our cultural psyche, as evidenced by Kate Bush’s surprising acceleration to the top of the music charts once more simply because the show features one of her songs.

The three watches are each priced at £80. That accessibility and the popularity of the show means they’re sure to be an absolute hit. I’d opt for the Camper because I love its upside down numerals, but any of them are the perfect watch for a true Stanger Things fan.