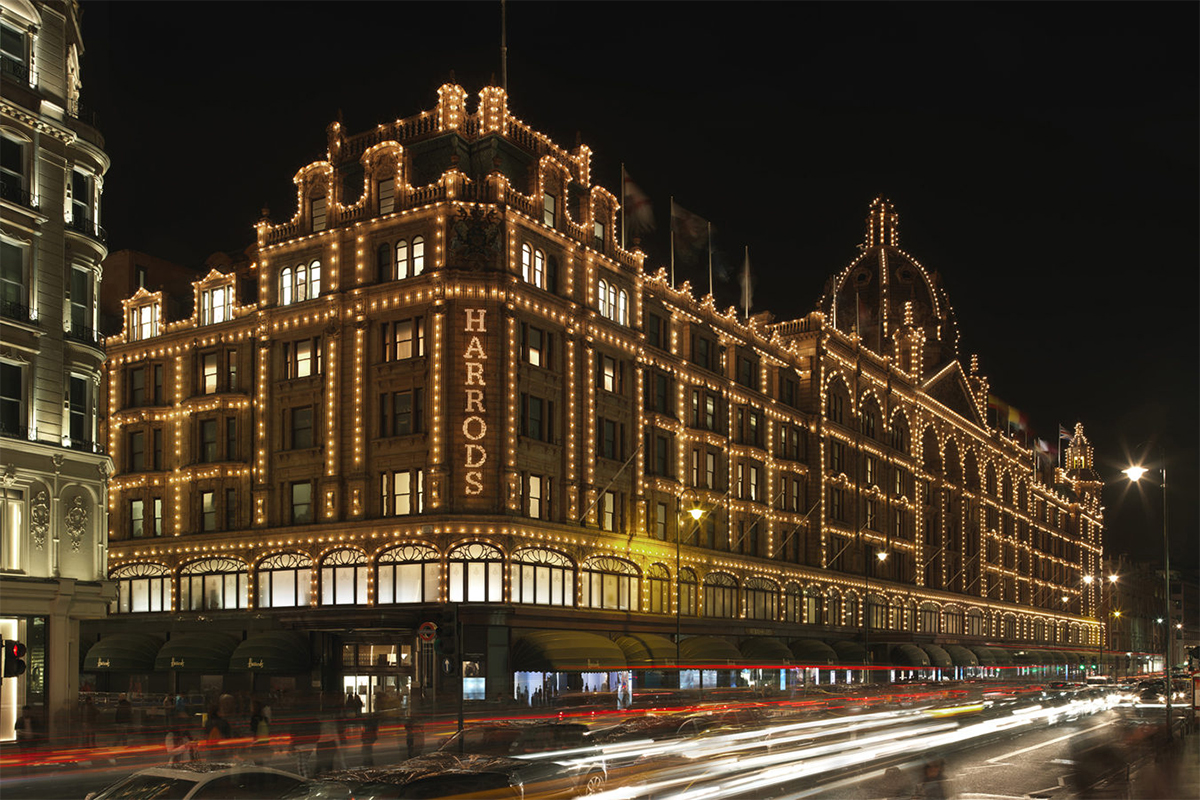 Harrods. It’s a name as British as the Royal Wedding with a slice of Victoria sponge and with almost as much history behind it. But we’re not interested in history, we’re interested in watches. Fortunately, Harrods has both in ample volumes – including a few unique limited editions from a handful of the finest watchmakers around.

There have always been the occasional watches sporting green Harrods livery, but they’ve generally been few and far-between. Recently though the ‘world’s most famous department store’ has been upping their game with a veritable forest of emerald-tinted timepieces. Here are just the latest. 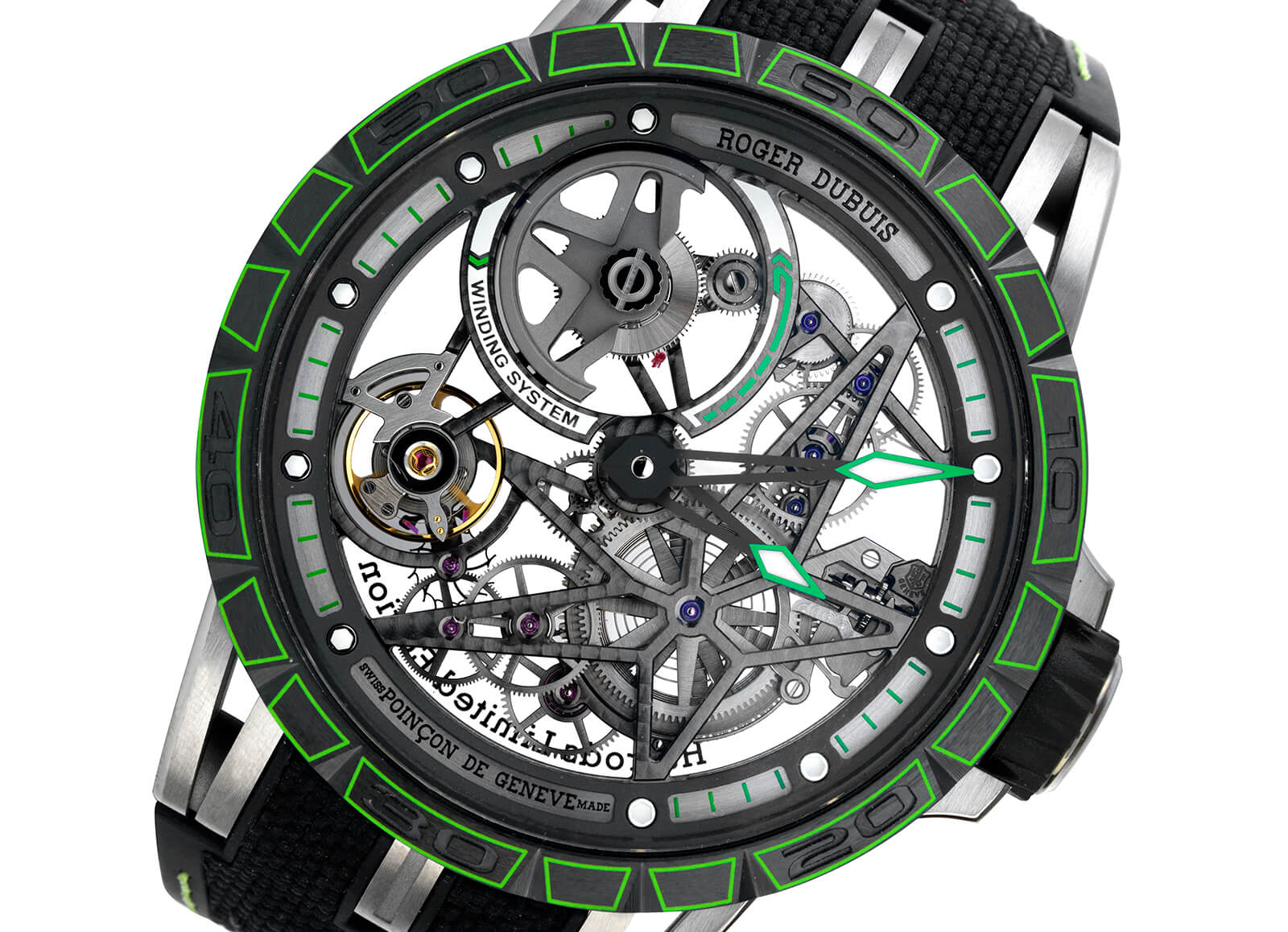 The last time we saw this much colour on an Excalibur it was from their partnership with Pirelli in the bright flashes of their phenomenal tyres. In this instance though the turquoise, yellow and red have been replaced by that signature dark green across the bezel and strap. It’s not all toned-down though; there’s a far brighter flash of colour on the hands, making them far easier to read against the intensely skeletonised movement. 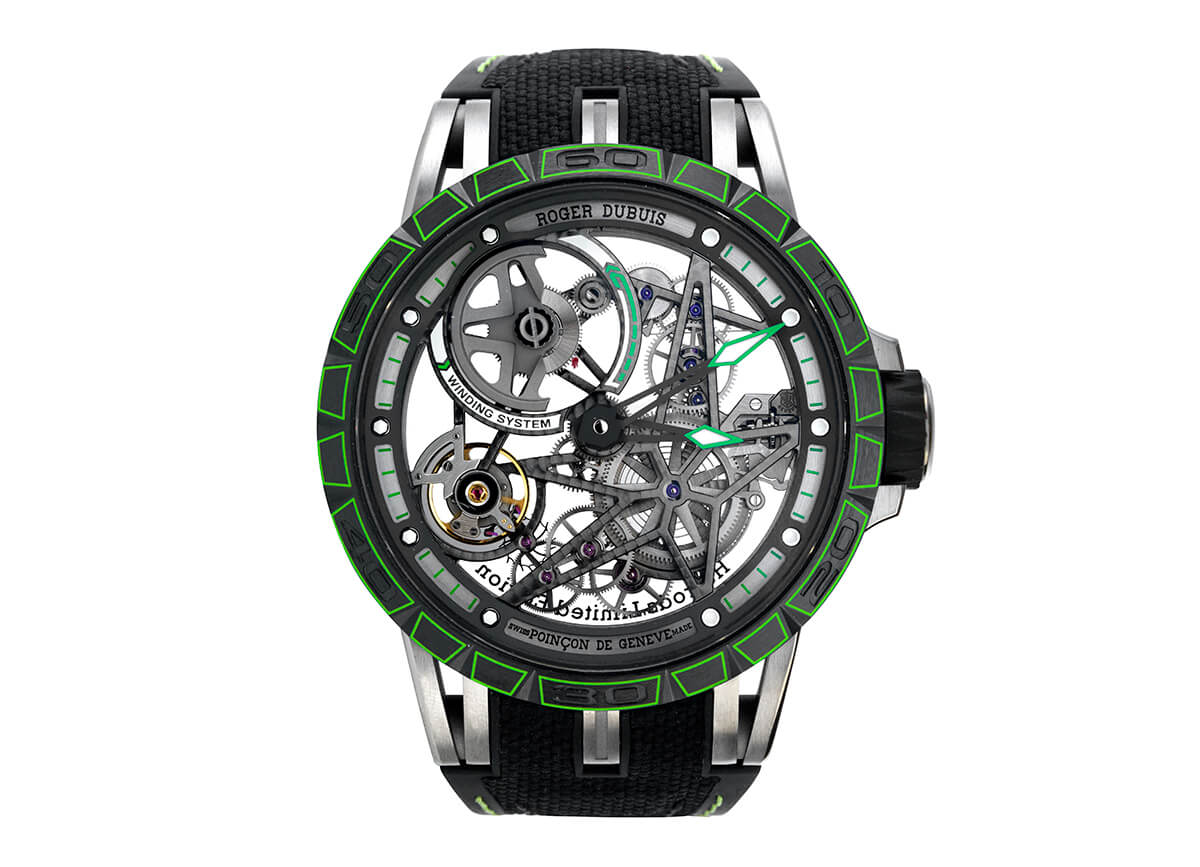 Other than that it’s pure Excalibur, complete with the star bridge, 45mm titanium case and the famous self-winding RD820SQ movement. The finishing touch? “Harrod’s Limited Edition” in black ardoise on the caseback. As Roger Dubuis only release watches in specific numbers, it’s not hard to guess how many there are of this one: 8. 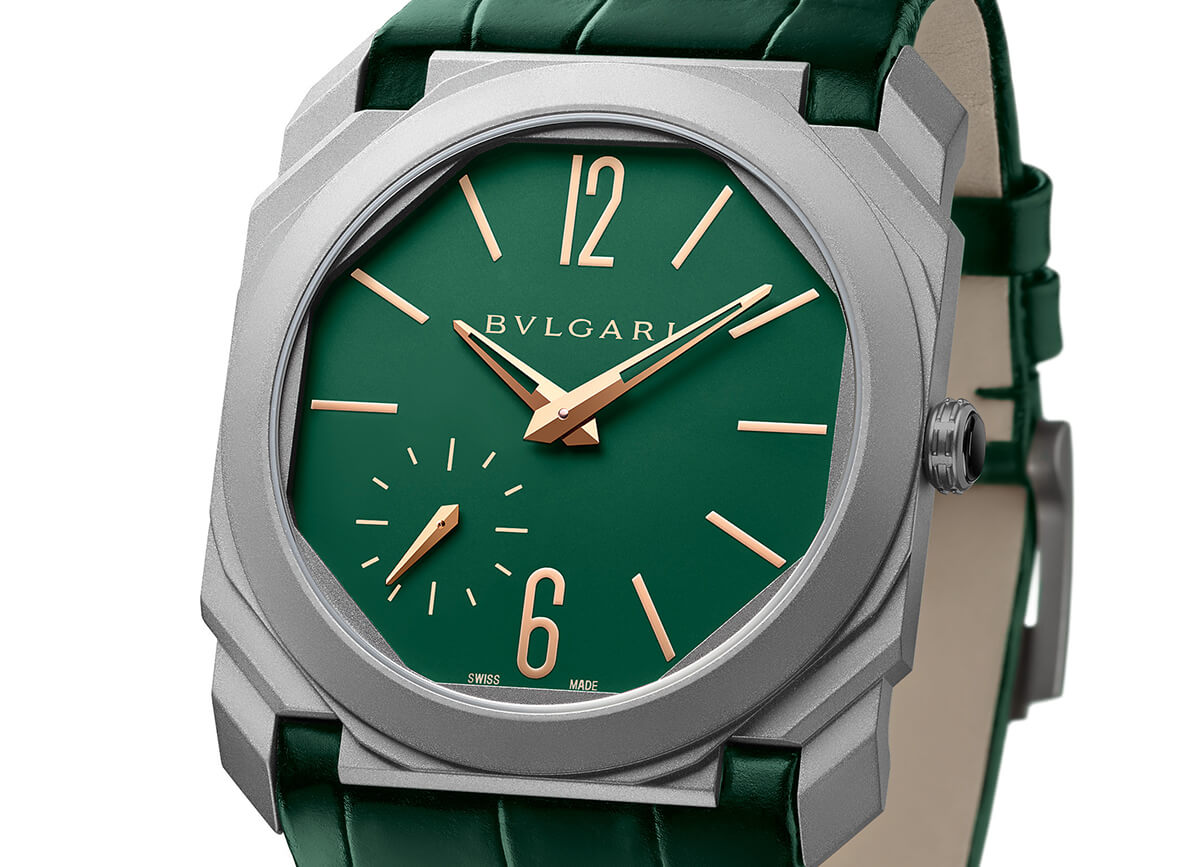 Last year Bulgari’s Finissimo Automatic was the toast of the town – that town being Basel – for its record-breaking movement, and this year the Italian jeweller-come-watchmaker doubled down on their revolutionary creation. Alongside the ‘standard’ steel version they added titanium, rhodium and rose gold versions. They also added a sneaky little limited edition too – in green. 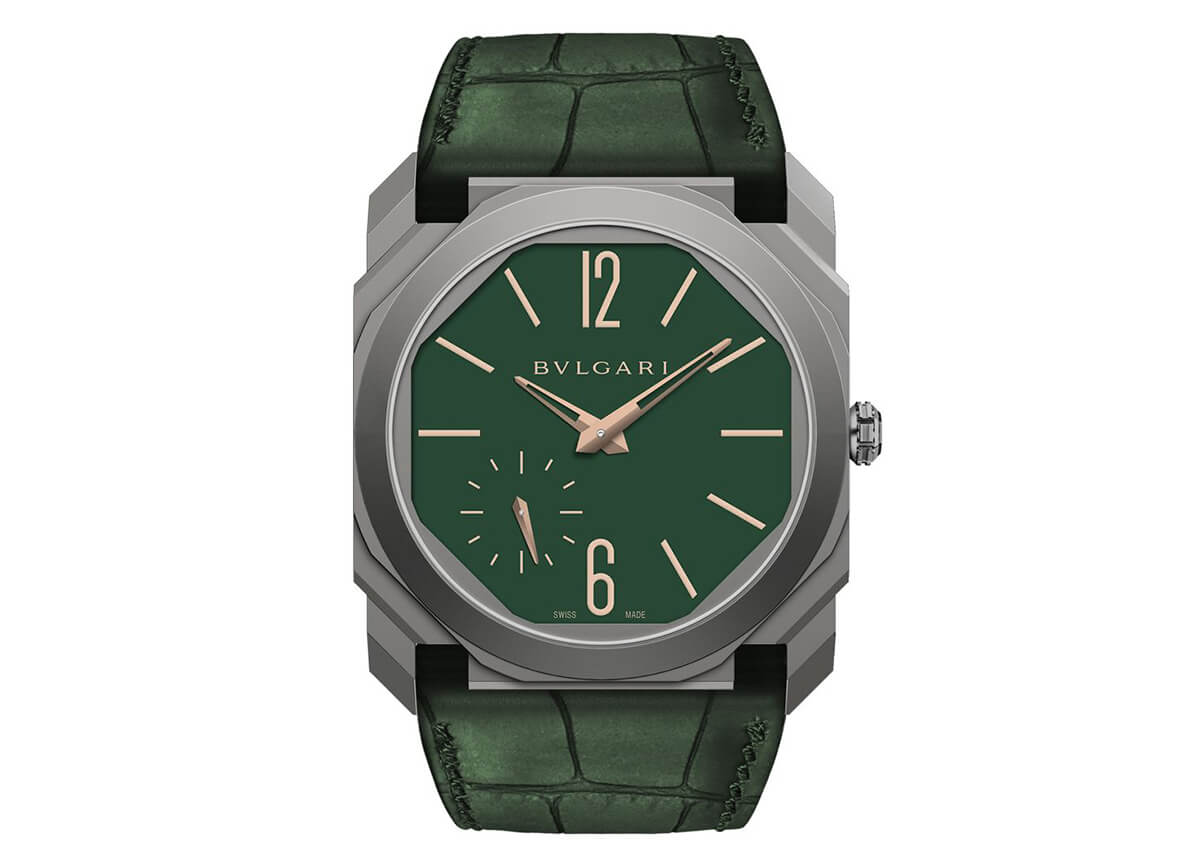 The stunning openworked dial is bordered by signature Harrods’ signature colour. At the same time – and far more subtly – the index fonts have been reworked to imitate the department store’s own. It also comes with an elegant alligator strap. I won’t bother saying what colour it is. Limited to just 10 pieces, it’s a cool take on a ground-breaking watch, whether you’re a Harrods shopper or not. 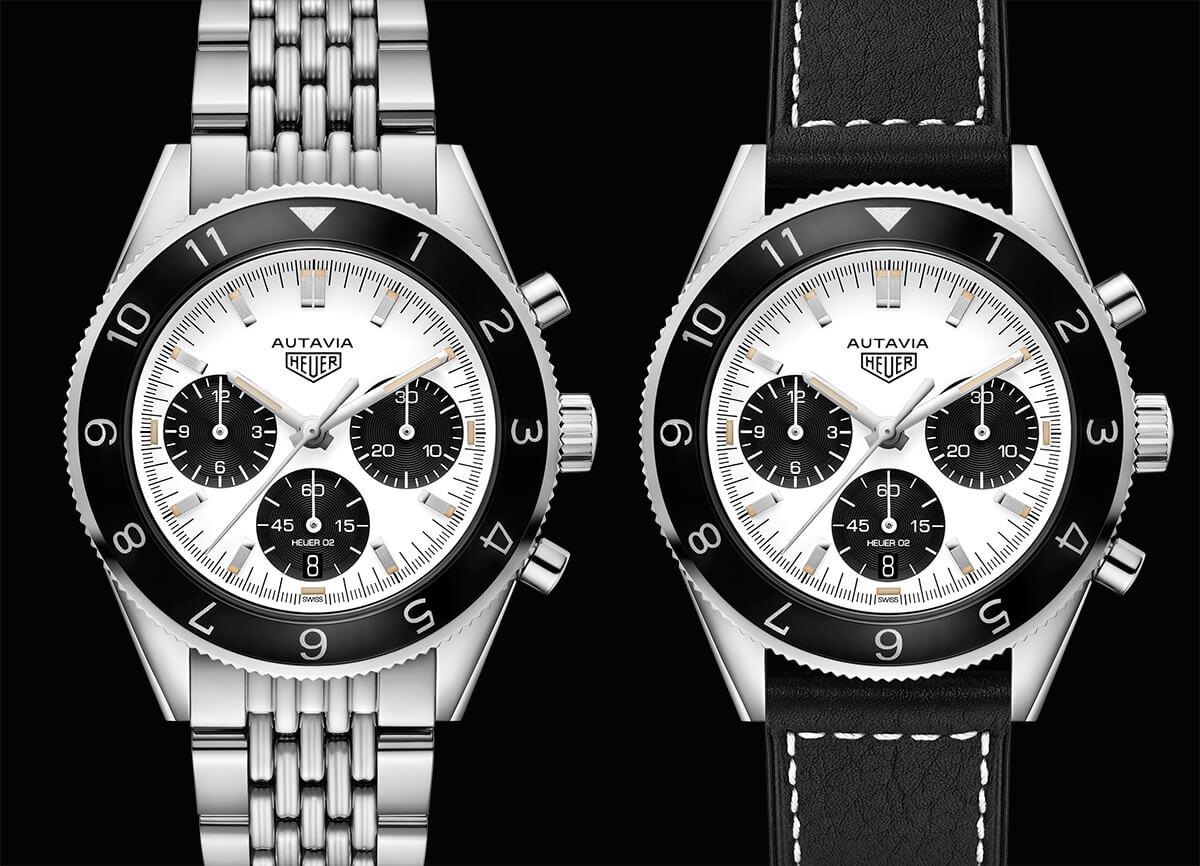 So far there’s been a bit of a theme developing. Take a watch, add some green, and engrave. It’s a simple way of doing a store-centric limited edition, but apparently one that TAG Heuer missed. Their version has barely a hint of non-monochromatic colour – and to be honest is all the cooler for it.

Based on last year’s Autavia, the panda dial is one of the most recognisable around, with three black azurage subdials on white lacquer. Each of those subdials has white lacquered hands too. It’s a finely-finished design that any TAG Heuer fan would leap at the chance to get. With just 150 of them (a big number for Harrods, tiny for TAG) that might prove difficult. 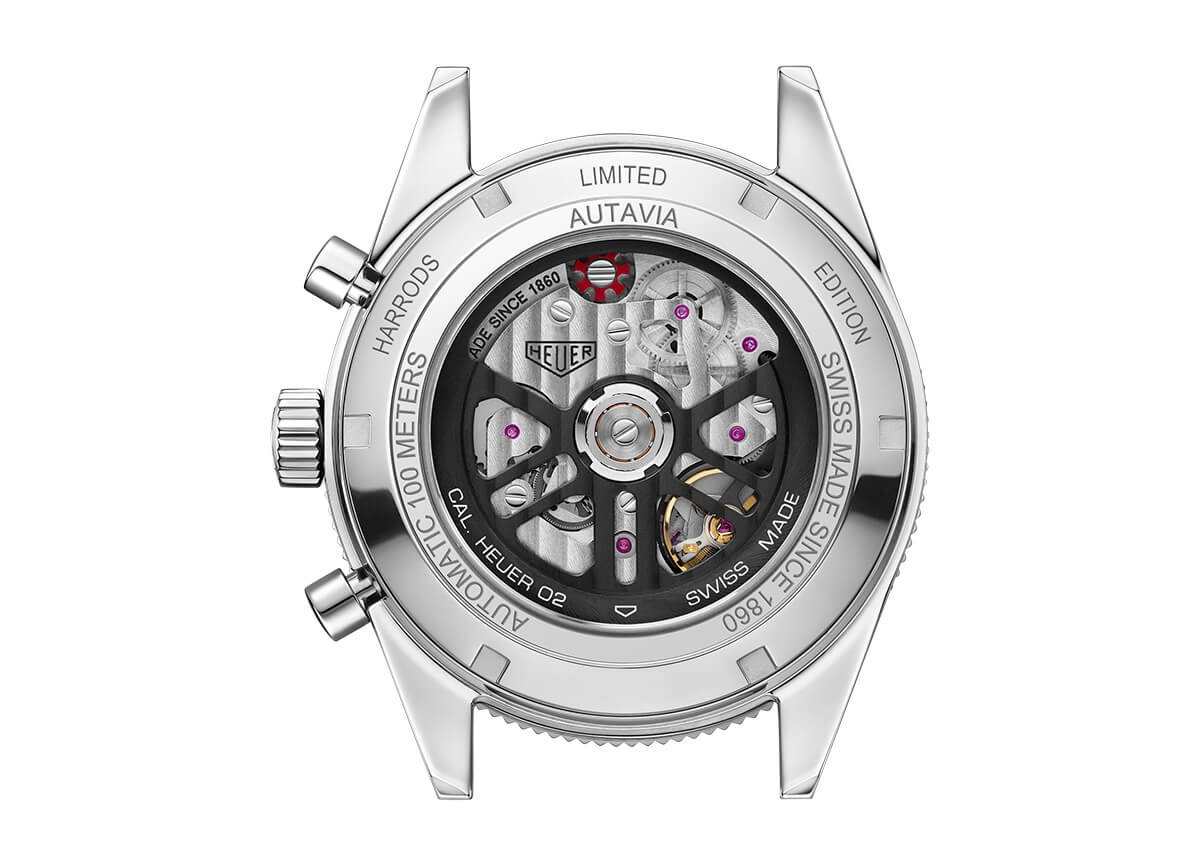 With an updated display the Tag Heuer Monaco Gulf Edition 2022 revitalises one of the most stylish...