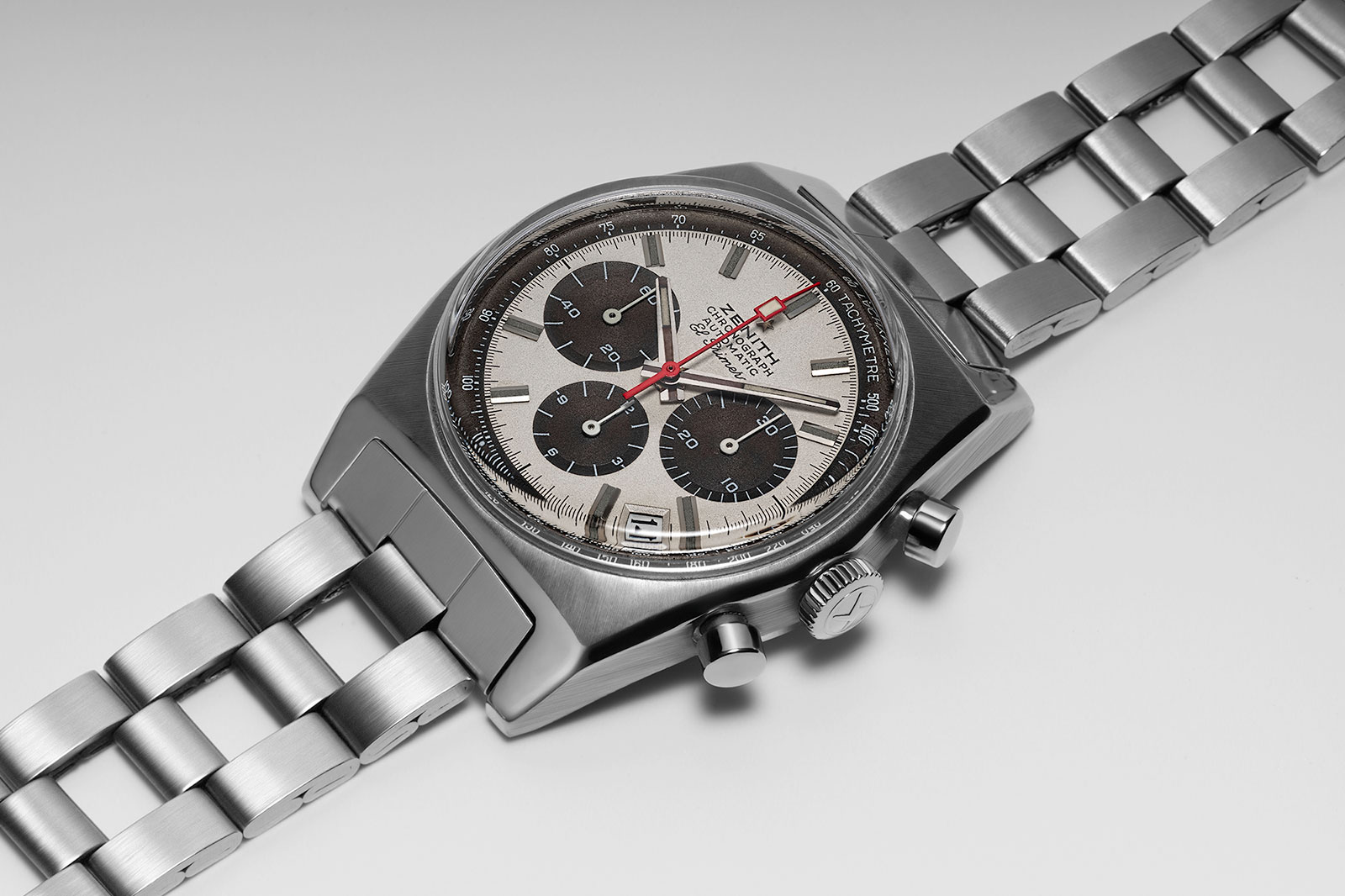 The mechanical watch world has always striven for ever more accuracy. The telling of the time is, after all, the central function of any watch. Doing so with growing precision is, arguably, the core tenet of the watchmaker’s micro engineering. But for decades there’s also been a parallel quest: for the ever more accurate mechanical recording of elapsed time.

It’s what the chronograph was invented for, when, almost a century ago, in 1923, Gaston Breitling introduced the first wristwatch chronograph with a stop/start pusher. With it came an aesthetic – that information-packed dial, those playful buttons – and an association – the timing of events, from artillery bombardments to motor races – that has ensured the chronograph remains, bar none, the single most popular complication in men’s watchmaking, one which has given us enduring watch icons the likes of the Rolex Daytona or Omega Speedmaster. Its overtones of masculinity and of action have, in 2021, long outlasted its actual day-to-day, real world functionality. There are only so many perfectly boiled eggs a man needs. 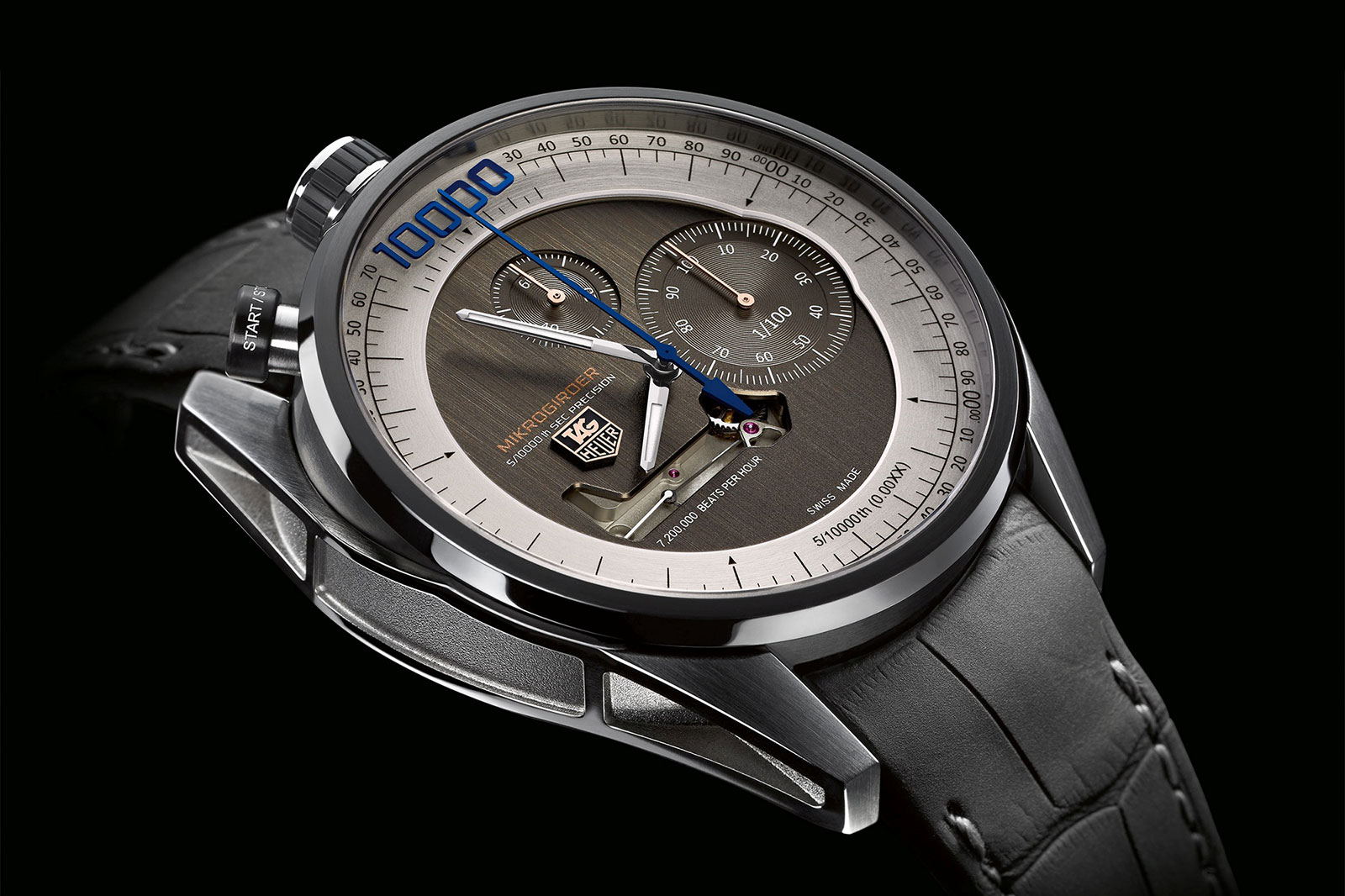 And yet watch-makers still see the mechanical recording of elapsed time to ever finer degrees of precision as a pursuit worthy in itself. It was only a decade ago that Tag Heuer launched its Mikrogirder, a concept piece capable of timing events to 1/2000th of a second, for which was required the invention of an entirely new regulator system – and thus watchmaking advances. But that was just the end point – or perhaps merely the latest benchmark – in an arms race that began half a century previously.

This was when Zenith began its secretive work to develop the first automatic chronograph – the challenge to squeeze both automatic winding and a chronograph function into such a small space as a wristwatch case having beaten all previous attempts. Here was a bid by one player in the Swiss industry to still feel part of the technological advances of the age, to create what some have dubbed the greatest horological invention of the 20th century. 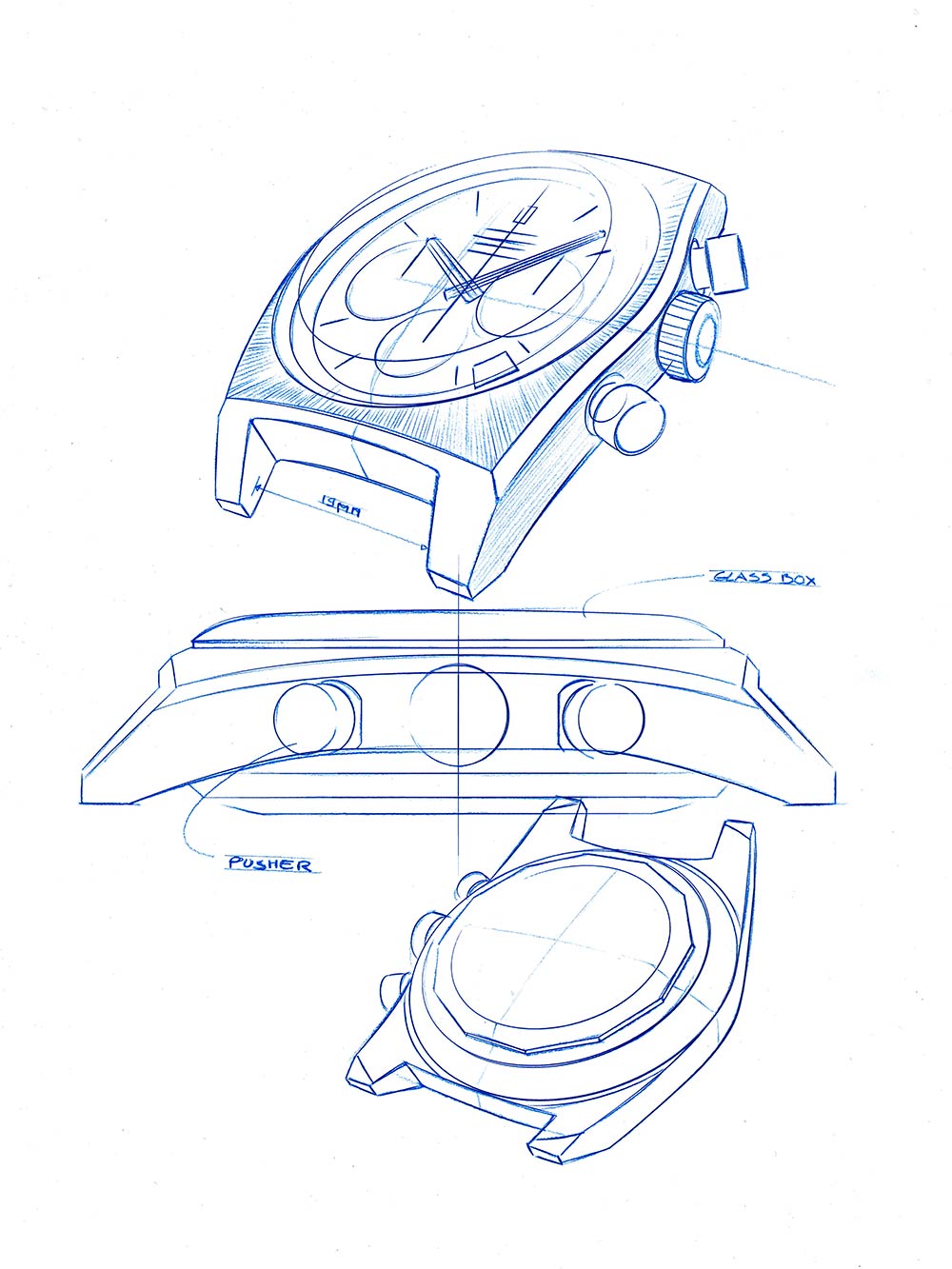 “An automatic chronograph was considered such a big challenge because, while you might be able to make one by adding a module, in a sandwich of complications, it made the watch too thick, so creating one really required a complete rethinking of the mechanism,” explains Laurence Bodenmann, Zenith’s heritage manager. “But the automatic movement had existed for a long time and it was generally felt in the industry that it was weird that nobody had added it to a chronograph. Remember that chronographs weren’t a staple of most watchmakers’ collections until the 1950s but demand was growing and there was a realisation in the industry that an automatic version – a modern, rational version – was necessary.”

What transpired over next few years has become the stuff of myth within the watchmaking world – and was the origins of watch fans’ lasting fascination with this category of timepiece. Certainly when Zenith’s El Primero was finally launched some eight years later, in 1969 – four years later than planned – many in the watch world were shocked. Or at least a consortium of Breitling, Dubois Depraz, Heuer-Leonidas and Buren- Hamilton was, since this super-group of short time measurement specialists had also been working in secret since 1966 to produce an automatic chronograph. Indeed, the outcome of what was called Project 99, the caliber 11, was – ouch – due for launch less than three months later. 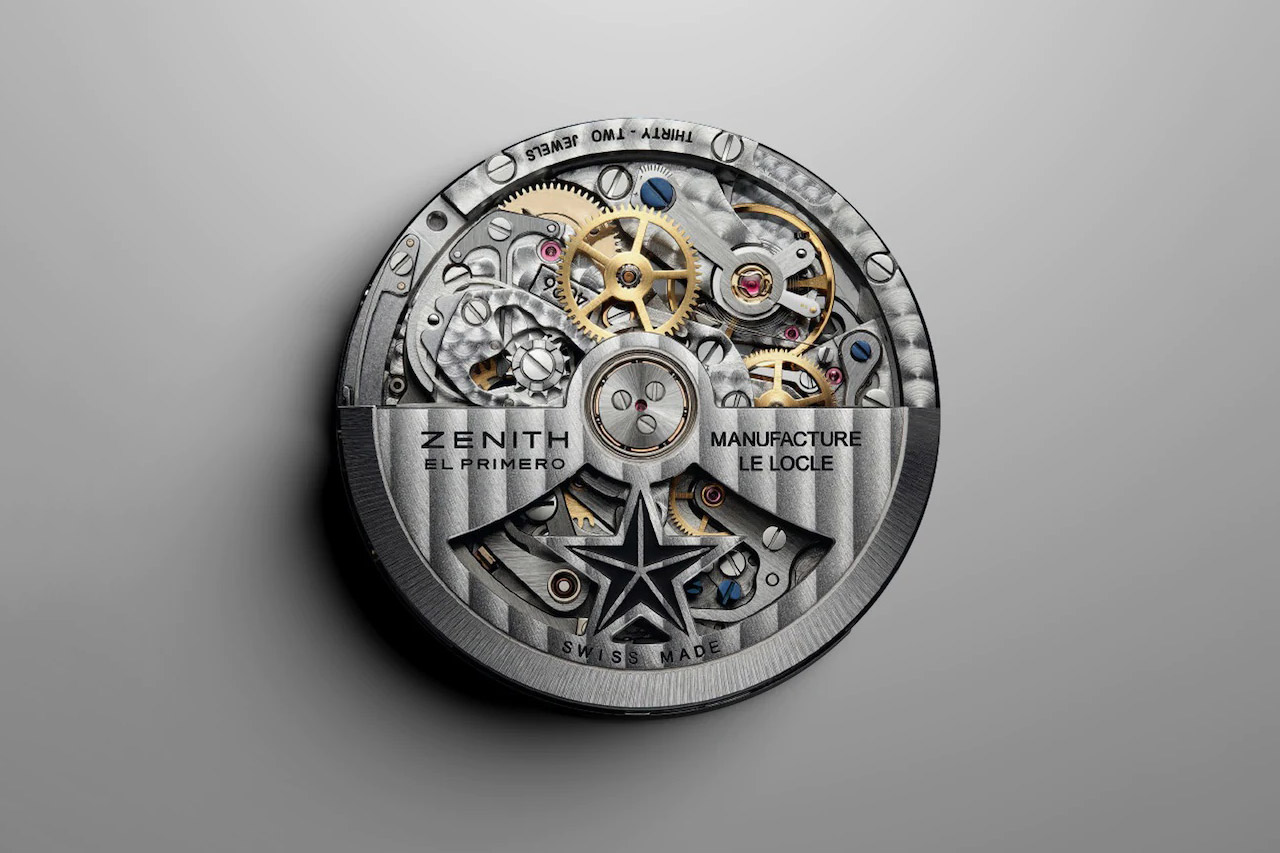 The El Primero’ calibre was introduced in 1969 as the world’s first high-frequency automatic chronograph movement and continues in several modern variations.

“I think at Zenith the watchmakers were more concerned with doing things in a new way, but of course for the marketing people being first was a big deal,” laughs Bodenmann. Zenith’s choice of name, El Primero, drove the point home. But the moniker was suitable given its pioneering approach. It allowed the balance to oscillate at 36,000 beats per hour, a rate which in turn allowed the measurement of elapsed time to a then unheard of 1/10th of a second – that’s literally the blink of an eye – with central rotor, column wheel and the other now standard gubbins of an automatic movement having undergone a remarkable feat of miniaturization. It was such a leap that his very movement is what would be found inside legends the likes of Rolex’s Daytona for the next 30 years. 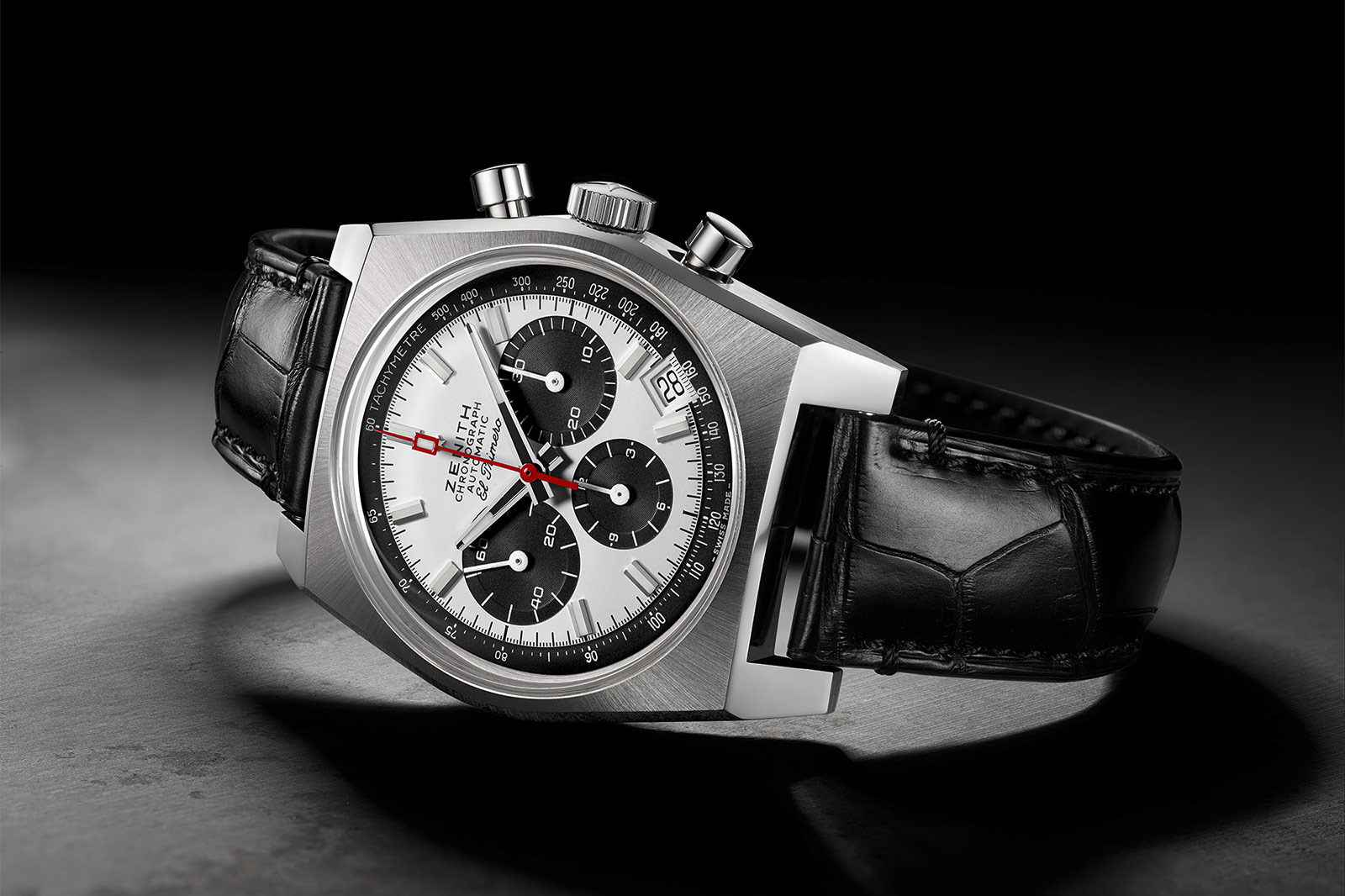 In contrast, Project 99’s caliber 11 – which would go on to power the Navitimer and the Chromomat, the Carrera and the Monaco, among several best-selling classics – integrated a micro-rotor into a sandwich arrangement that meant the crown had to be positioned on the left side of the case. Smartly, the consortium got around this idiosyncrasy by marketing it as “the chronograph that doesn’t need winding”. No matter that the crown’s over there – you don’t need it anyway…

The caliber 11 has long since been superseded – feeding what seems to be our insatiable appetite for mechanical chronographs. But the El Primero has remained in almost continuous production to this day, amazingly still the most accurate chronograph in serial production, with more recent versions capable of clocking elapsed time to 1/100th of a second. It seems there is no shortage of eggs that must be boiled very precisely indeed. Whereas our fathers and grandfathers would’ve had very set outfits for very set purposes (office... A round up of cool, engine-ready chronographs ranging from good-looking and accessible to serious...