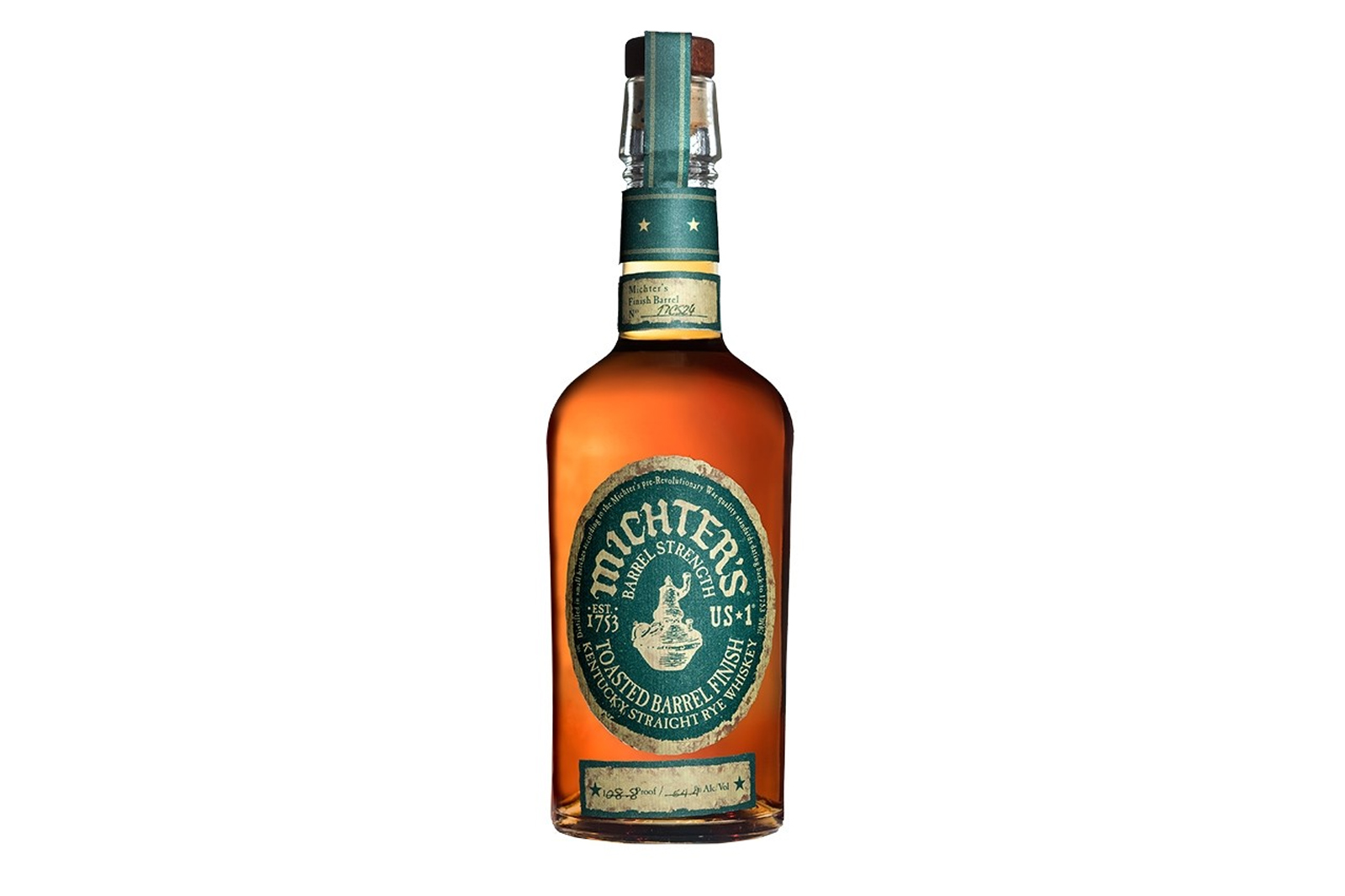 With only a few bottles left on the market, this limited edition Michter’s release is one for the collection. Their emblem Michter’s US*1 Single Barrel Kentucky Straight Rye was fully matured at barrel strength before being placed in a second uniquely toasted barrel for a further 24 months of ageing. These releases don’t happen too often, so when they do, you nab em! The result is a warm yet energetic whisky with dark chocolate, vanilla, honey, dates and burnt brown sugar. Sip’ away. 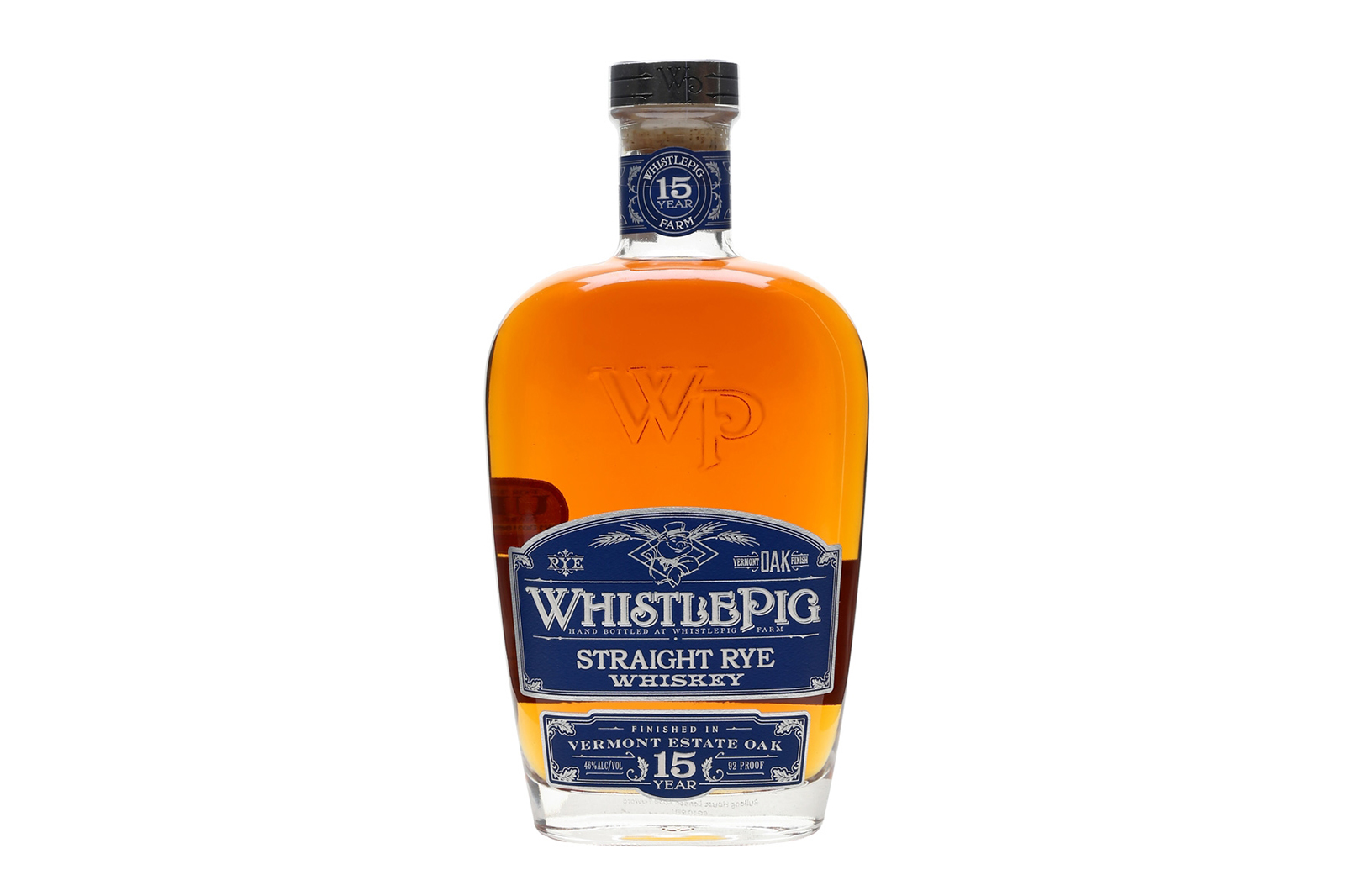 One of America’s most exciting creations in my opinion. Taken from some of their oldest stocks, this stunner is finished in Vermont Estate Oak, harvested right there on WhistlePig’s farm. Given the quality of the oak, a hell of a lot more flavour is imparted within the liquid, making it one of the tastiest ryes you’ll get your lips on. The palate is incredibly rich and succulent with allspice, butterscotch, burnt caramel and caramelised oranges. Warm, sticky, and rich with a kick of tobacco and leather on the finish. 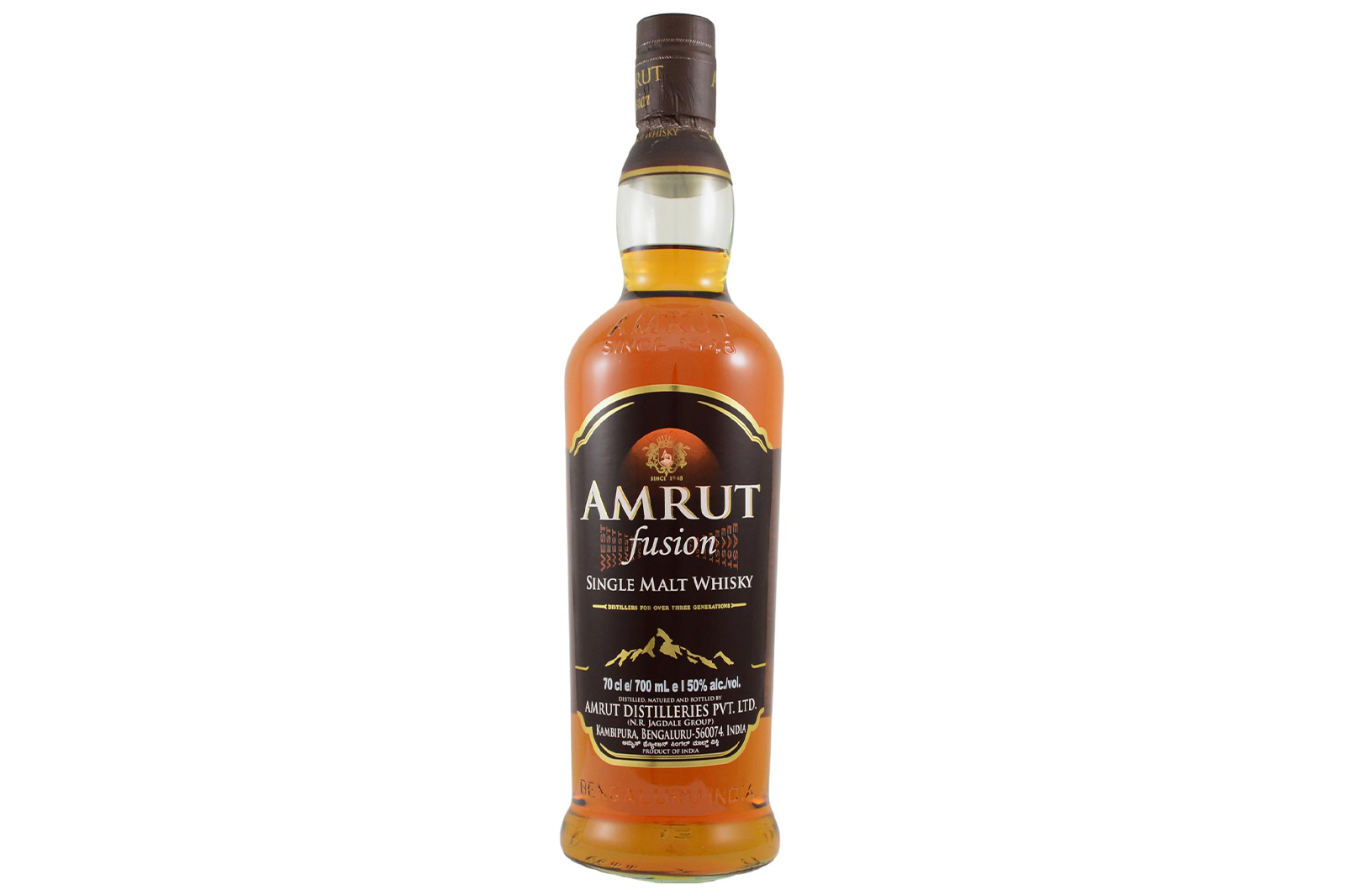 When it comes to Indian whisky, many may turn their noses up, but be under no illusion that there is some fantastic stuff available. Fusion is a distinct blend of Indian barley from right by the Amrut distillery in India and peated Scottish barley, both matured and distilled separately in American oak for over four years. Non chill filtered for that final touch, you get nuances of the peat with a complexity that makes it even more exciting. Dollops of fresh stone fruits like apricot and peach with honey, chinese spices and a tickle of smoke to round things out. Jai Ho! 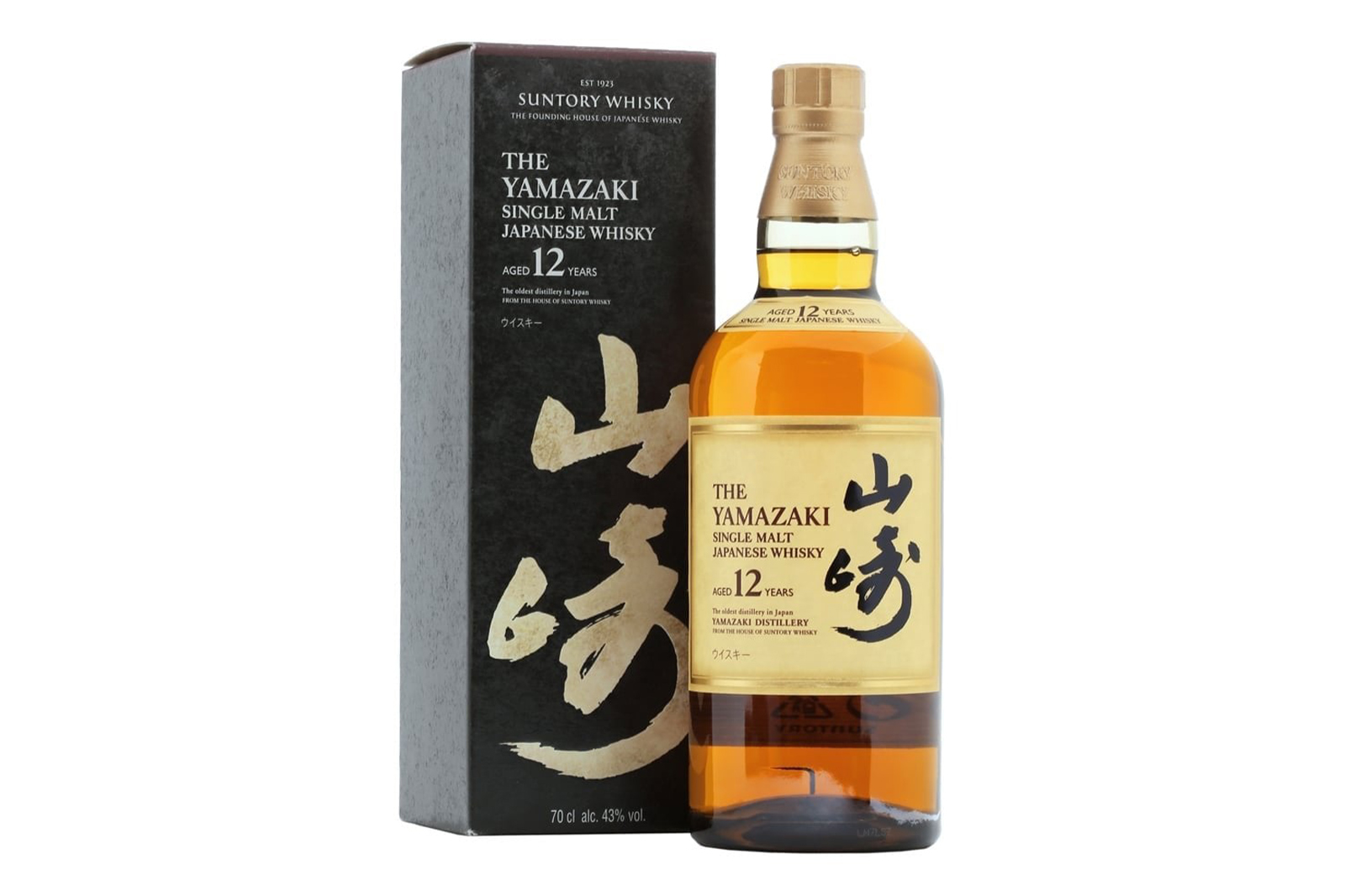 Yamazaki is a true pioneer of whisky, being the oldest company to begin making the stuff in Japan. Introduced to the market in 1984, Yamazaki 12 is no stranger to our glasses. Yet despite having been around for decades it still frequently sells out. Every year it racks up a plethora of new awards to the point the trophy cabinet will likely collapse from the weight. Pure gold in colour, the nose offers peaches, grapefruits, vanilla and Japanese mizunara oak. The palate combines a creamy butter with coconut and redcurrants before entering a long, luscious finish of sweet ginger and cinnamon. 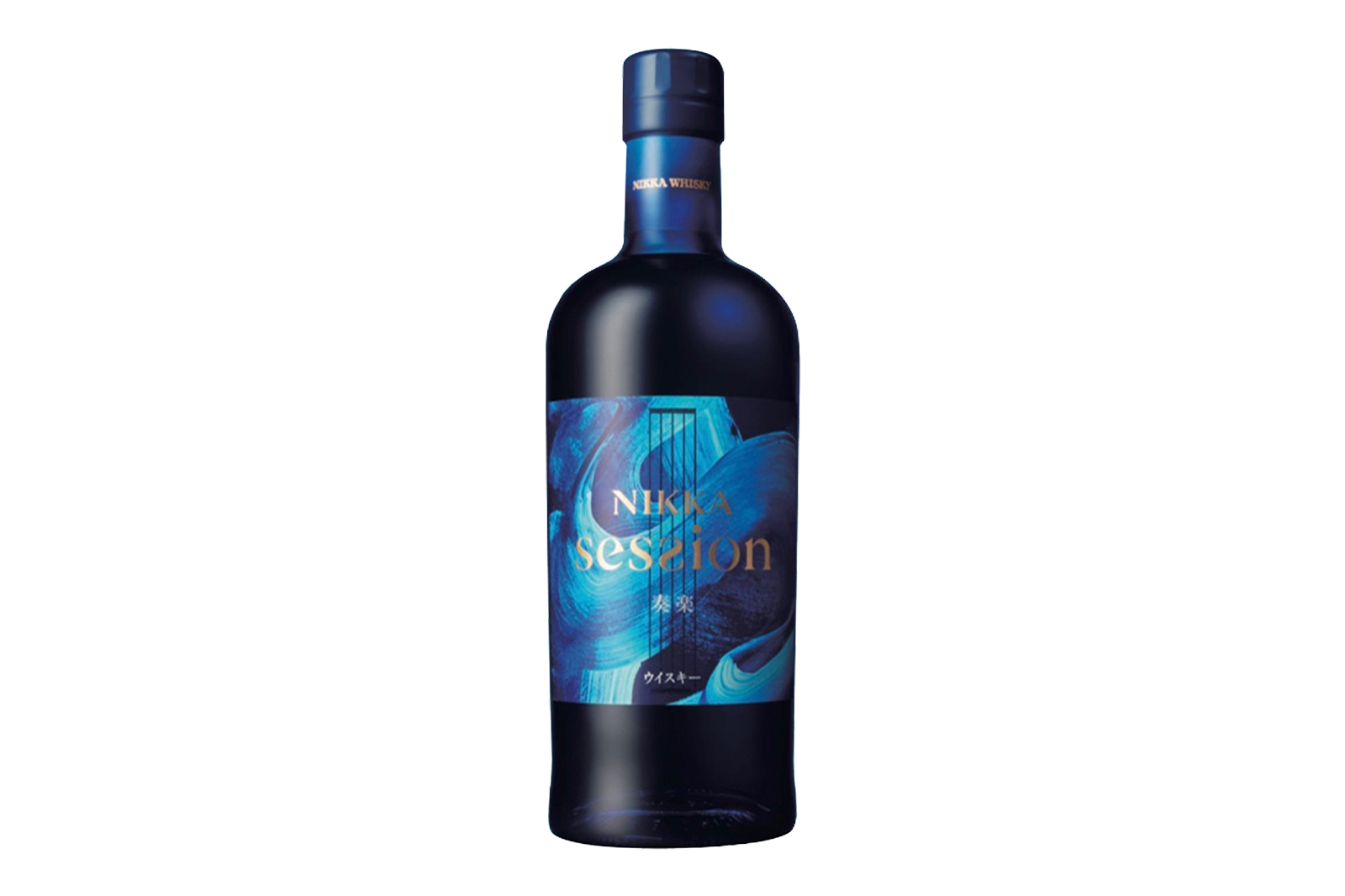 A brand-new addition to the Nikka portfolio, Nikka Sessions. A ridiculously exciting blend of whisky from not only the Yoichi and Miyagikyo distilleries in Japan but also Scotland’s Ben Nevis distillery. Three world class spirit purveyors intertwine to create an evolutionary expression, carefully crafted by experts who have been creating world-class blends for decades. Aromas of fresh apples and oranges jump from the glass as a smooth and velvety palate offers stewed orchard fruits, light toffee and a wave of freshly peated smoke. 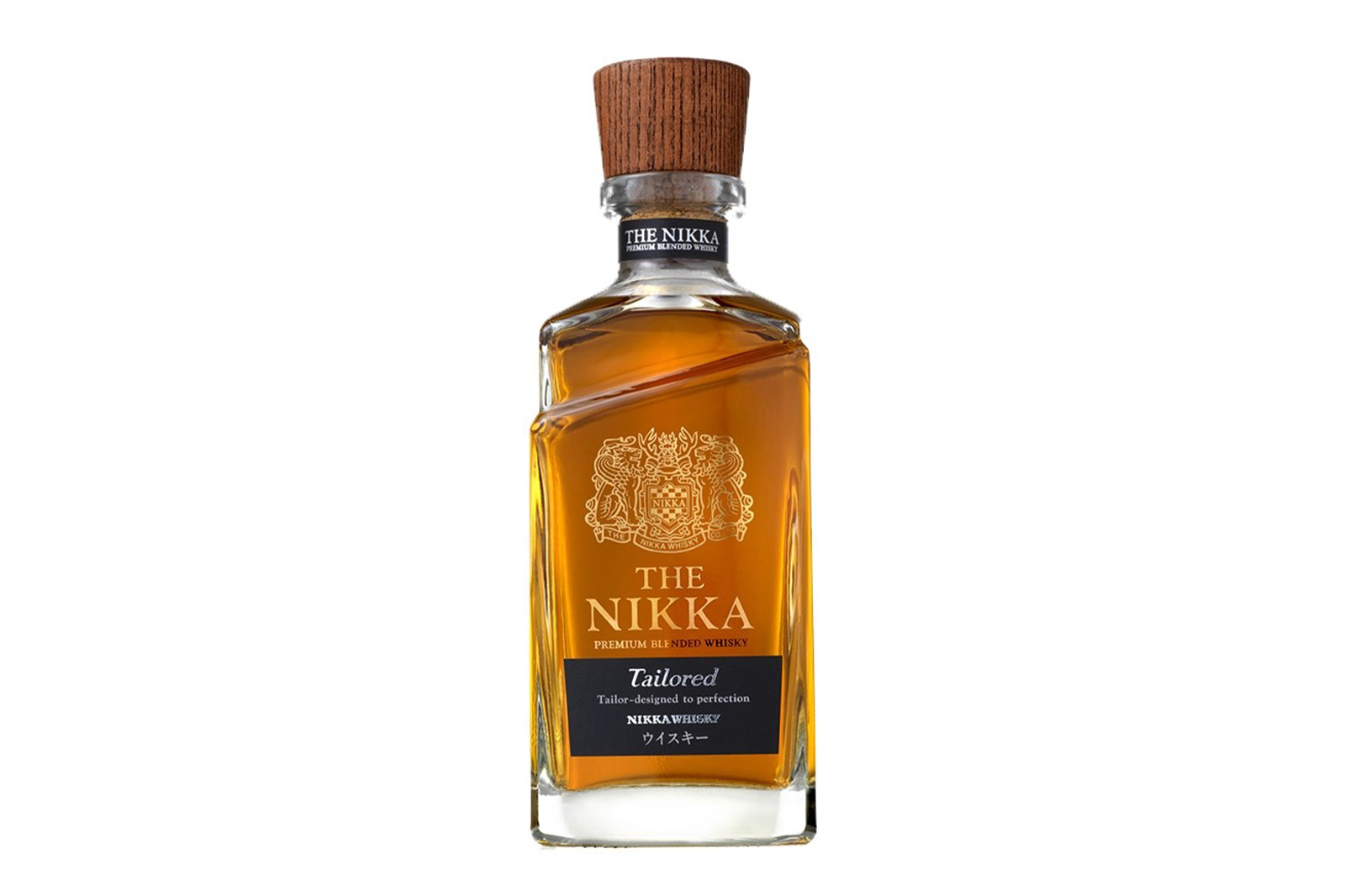 If you can’t decide between Scotch or Japanese whisky, your question was just answered. This was so hard I had to choose two, so Nikka Tailored, another beauty from the ‘Father of Japanese Whisky’ simply has to be highlighted. Essentially replacing the Nikka 12-Year-Old, this scrumptious blend derives from my two favourite Japanese distilleries, Miyagiko and Yoichi. A quick sip evokes comforting notes of caramel, cocoa, vanilla and chocolate chip cookies with dried dates and espresso. 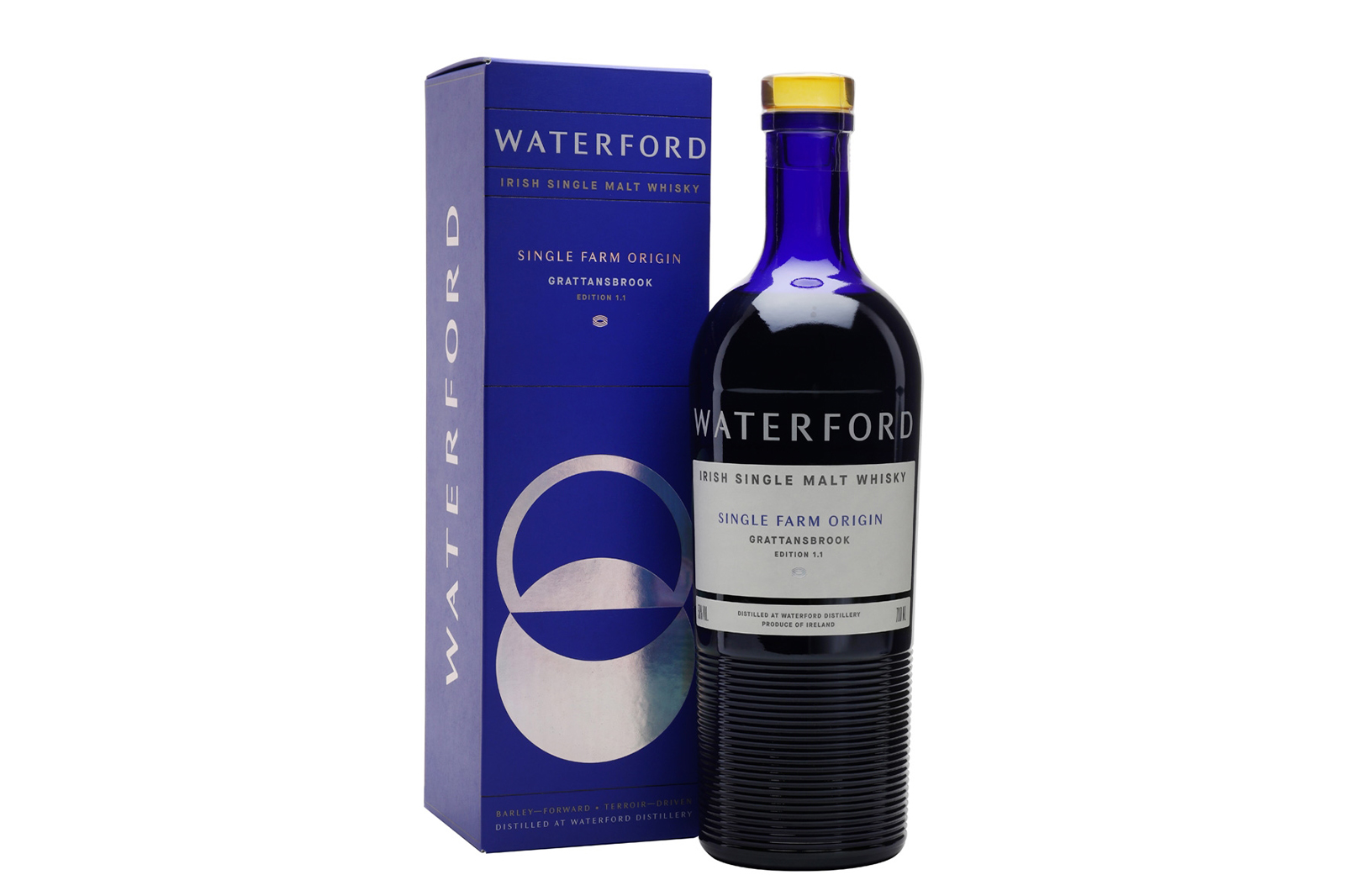 Since Waterford launched their first dram in 2015, they have shaped a new evolution of thinking when it comes to Irish whiskey. Delving into the world of terroir they have proven that whiskies, much like wine, are a result of so many factors; the location, climate, crops, weather and so on all having a dramatic impact on the flavour inside the bottle. Grattansbrook 1.1 is an exclusive UK release, produced from the 2015 harvest of Taberna barley.

These single farm origin crops are grown upon the floodplain of the River Barrow on Grattansbrook farm in Co. Kildare. Non-chill filtered and aged for three years and 10 months in a multitude of casks including first-fill virgin US & French oak there’s a great depth and ever-evolving complexity. A rich texture gives way to both a dry and oily finish. Notes of fresh chocolate, green tea, brown sugar and jasmine jump out of the glass with stewed banana, caramel fudge, toffee apples and a lemon zest on the palate. The story is great and it tastes bloody good too.

£70, from The Whisky Exchange. 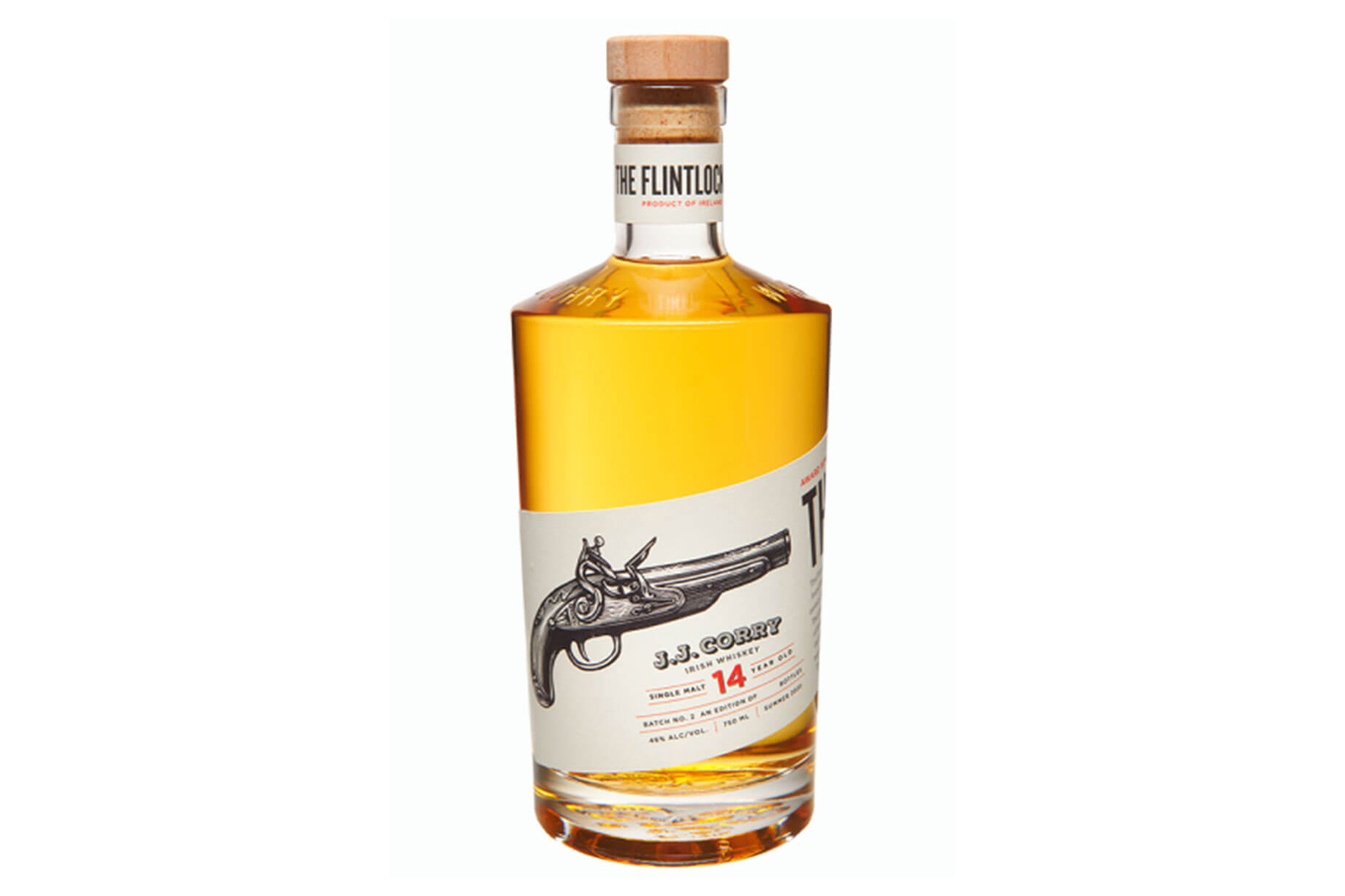 JJ Cory is no stranger to exploration and has been sourcing some of the best Irish whiskey from across the heart of the country for decades. Led by Louise McGuane, JJ Corry’s award-winning small batch whiskies are the result of decades of whisky know-how. The Flintlock Batch No. 2 is no exception to that way of thinking. The liquid was crafted from three single malt ex-bourbon casks, each from the same distillery from JJ Corry’s library. Aged 14 and 18 years, each single malt was chosen based on its unique flavour profile. Then the magic happened – married together to produce a 46% ABC dream of sticky baked apricots, rich, toasted vanilla and warm almonds atop a fresh apple tart. I’ll skip dessert and go straight to the good stuff. 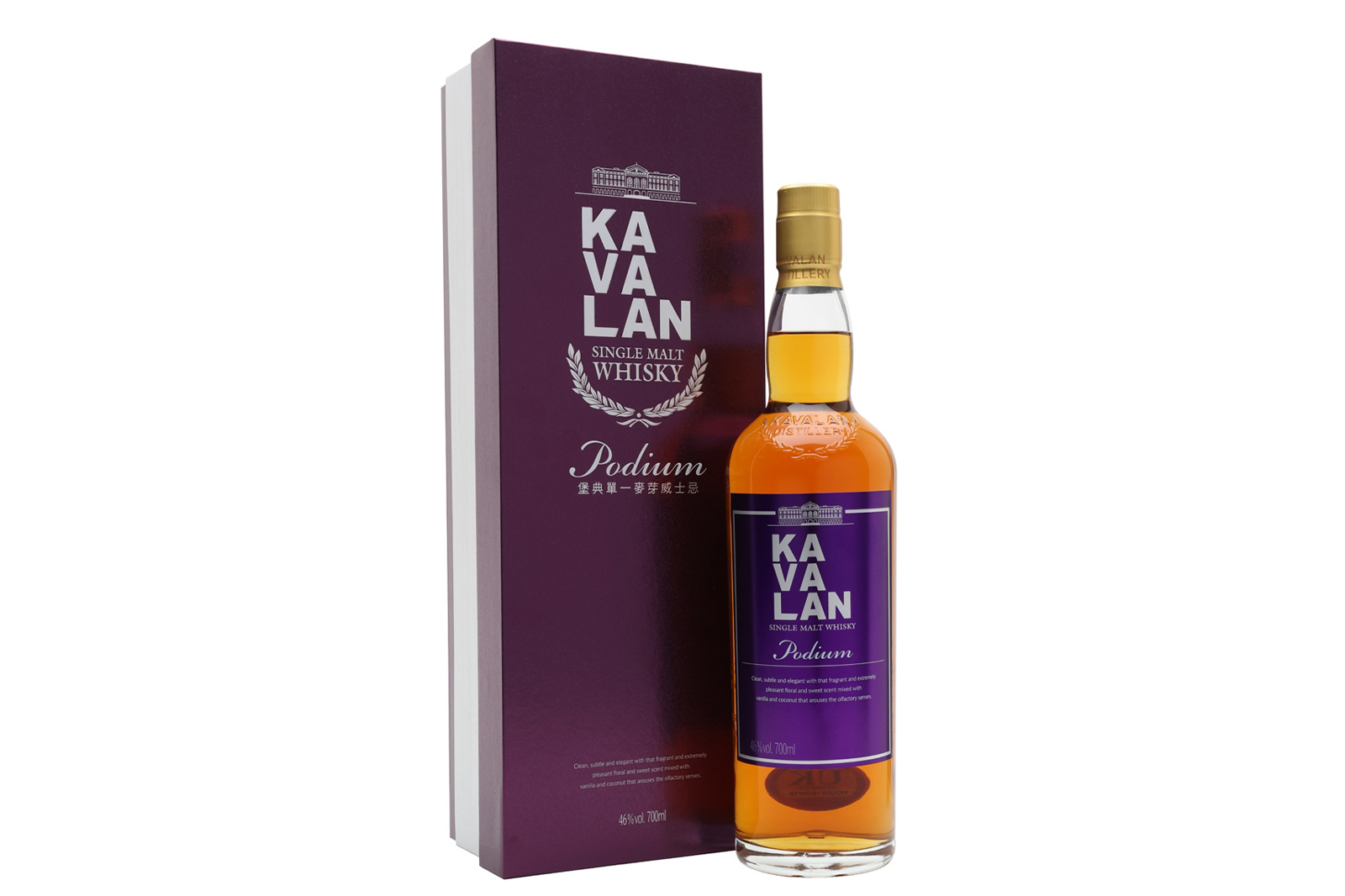 From the throne of Taiwanese whisky, comes Kavalan’s Podium Single Malt. This expressive dram focuses on the unique nuances brought to whisky through the use of casks, using a variety of new-fill and refill American oak casks across ex-bourbon, sherry and wine. Elegant and smooth with so much going on, this is the type of whisky you instantly fall in love with. A mixture of floral notes, coconut, vanilla and light baking spices waft out of the glass with a burst of stewed and fresh tropical fruits erupting on taste buds, Apple, honey, cherry and white pepper all having their moment. Another example of the pure magic that Kavalan is creating each year.

£77, from The Whisky Exchange. 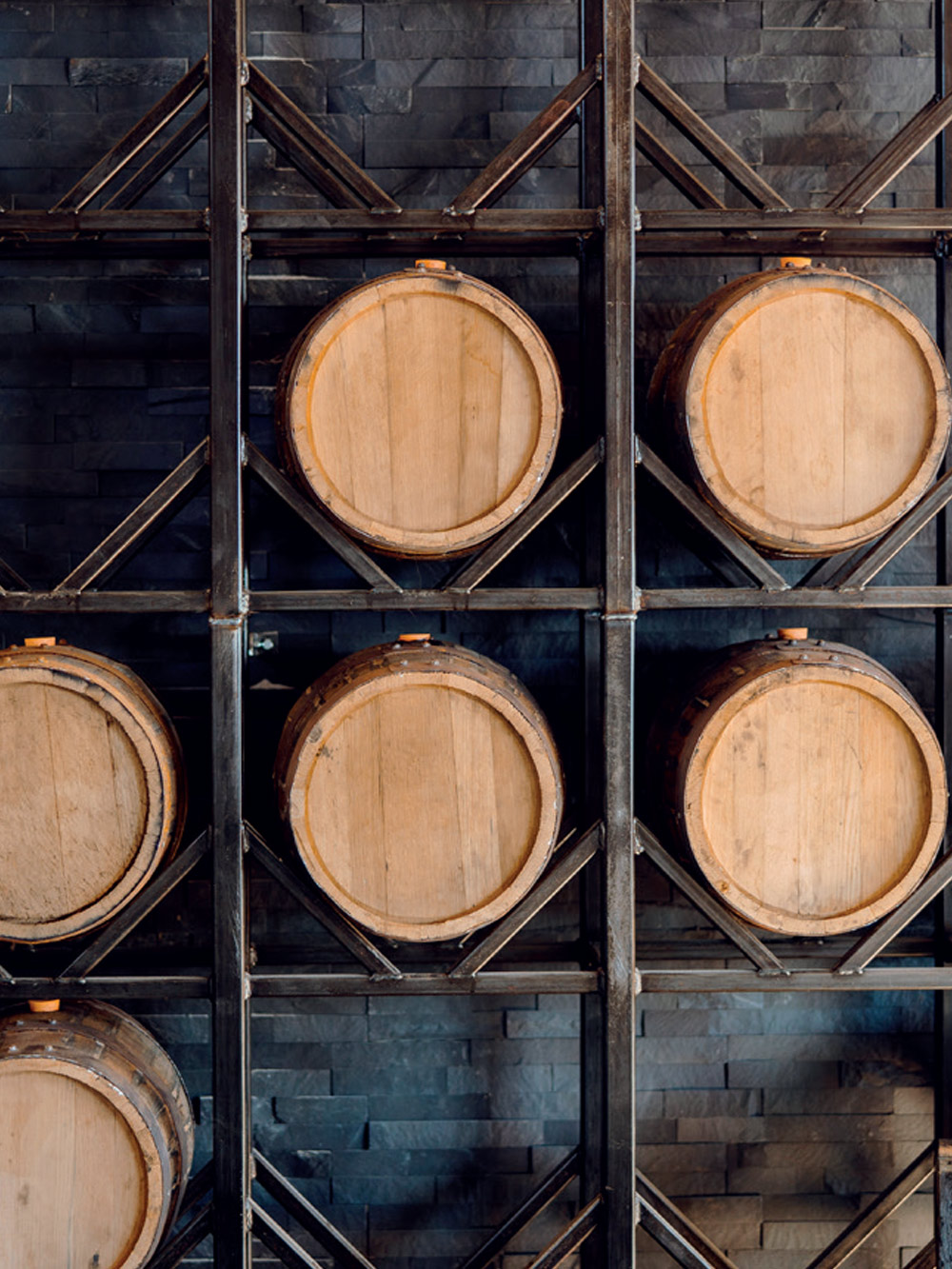 In case the name didn’t tip you off, this patriotic whisky is very much Welsh, from grain to glass. The distillery – previously having produced some truly excellent gin – uses barley grown locally and has gone so far as to establish the first Welsh malting house in a century. If there’s a case for independence, it’s this liquid. Unfortunately, you’ll need to wait for a while to get a bottle in your collection; the Welsh Origin Whisky is currently aging and will be ready Spring 2024. If that’s too long to wait – or you’d like to join the distillery on their journey to bottling – you can instead opt for a 30-litre cask, which can be paid for in monthly instalments, making it a seriously accessible investment in what promises to be a fantastic new whisky. 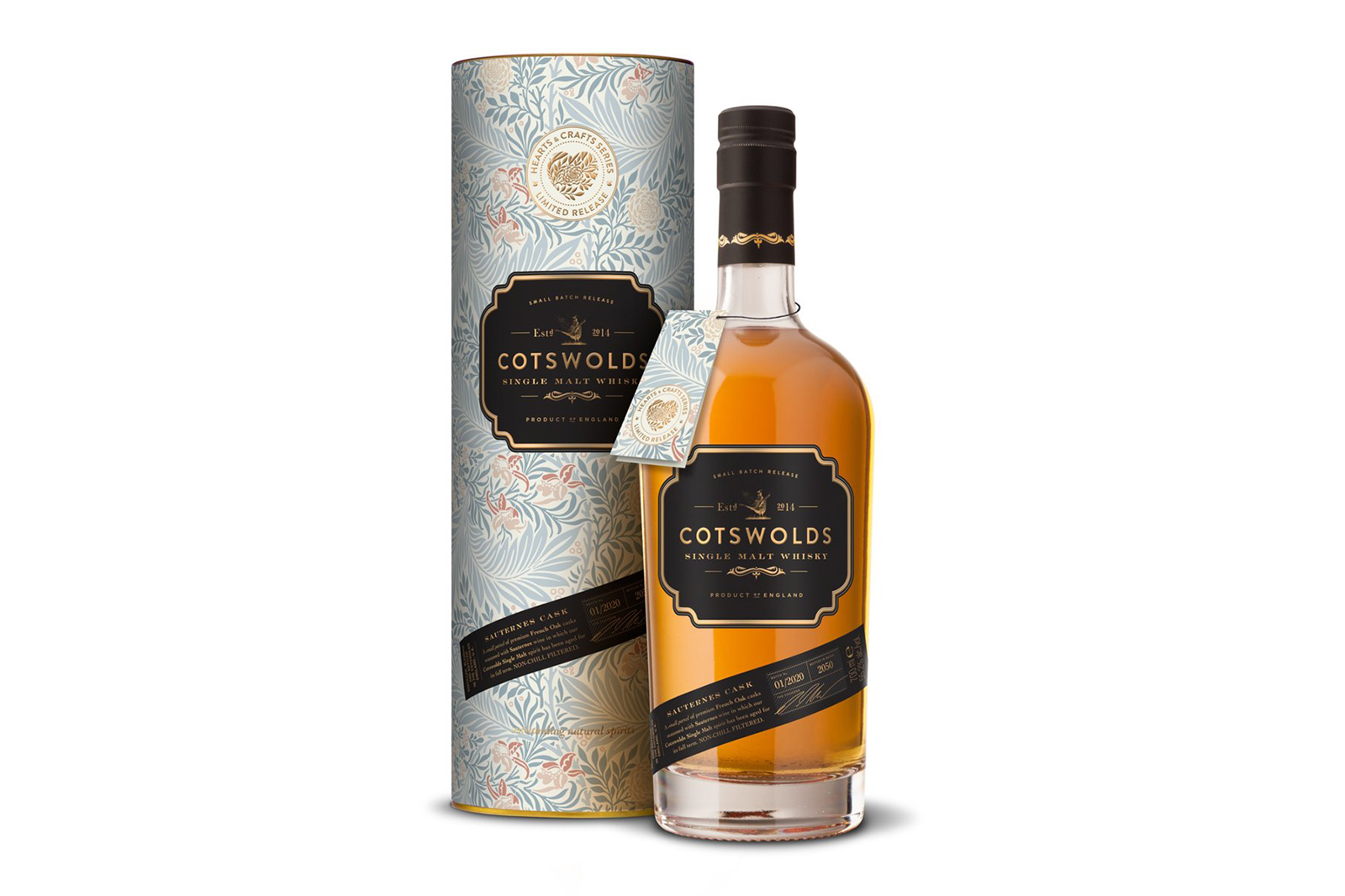 If you’ve got a bit of a sweet tooth (I have a very sweet tooth), then whisky aged in Sauternes casks are something you should be spending time hunting for. I always find them offering a beautifully balanced assortment of candied apricot and juicy peach, making for an exceptionally smooth and soothing dram. England’s most notable whisky distillery launched the first of their Hearts & Crafts series which has set a whole new benchmark of what can be produced in this country.

Small parcel French oak casks that previously held the world-famous Sauternes dessert wine from Bordeaux intertwine in the barrel, creating a complex and delicious peach and honey driven whisky. Sweet raisin, fig and almond are met with juicy white stone fruits. Only 1,680 exist with not many left. I’m also told the distillery will shortly be releasing it’s second Hearts & Crafts release with whisky aged in Pineau de Charentes casks – keep an eye out! 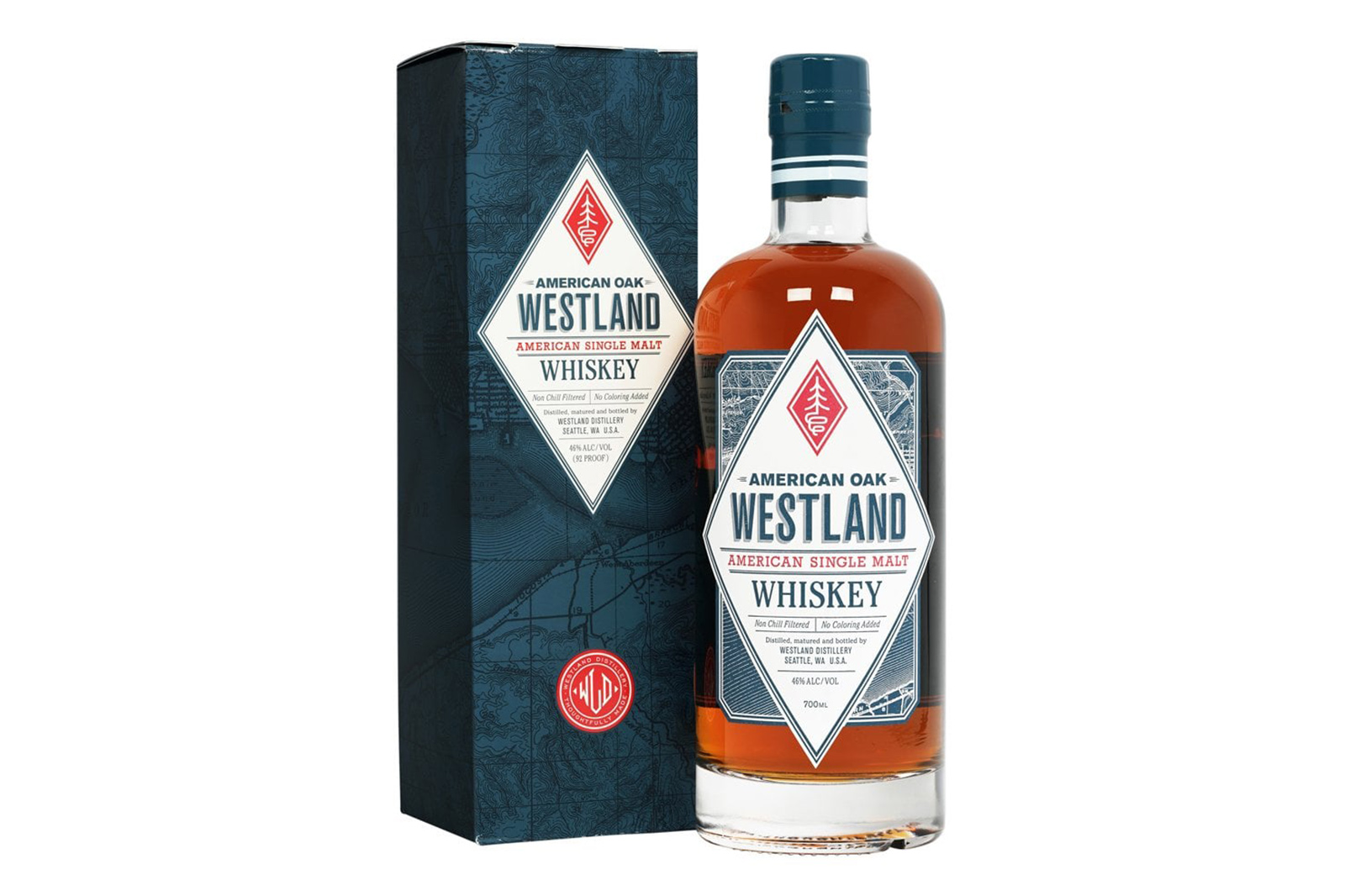 While our stateside cousins may have their reputation to uphold in the rarefied realm of bourbon, there are nonetheless some killer liquids coming out of the USA, including this, the simply named American Oak Single Malt Whiskey, courtesy of Seattle-based Westland distillery. It combines, as the name suggests, new American Oak casks with ex-Bourbon wood, matured in relatively cool climes, for flavours of cherries, chocolate and coffee. Despite being at an approachable price point, this is nonetheless a seriously good, unquestioningly American whiskey. Low and no-alcohol doesn’t have to mean zero taste.