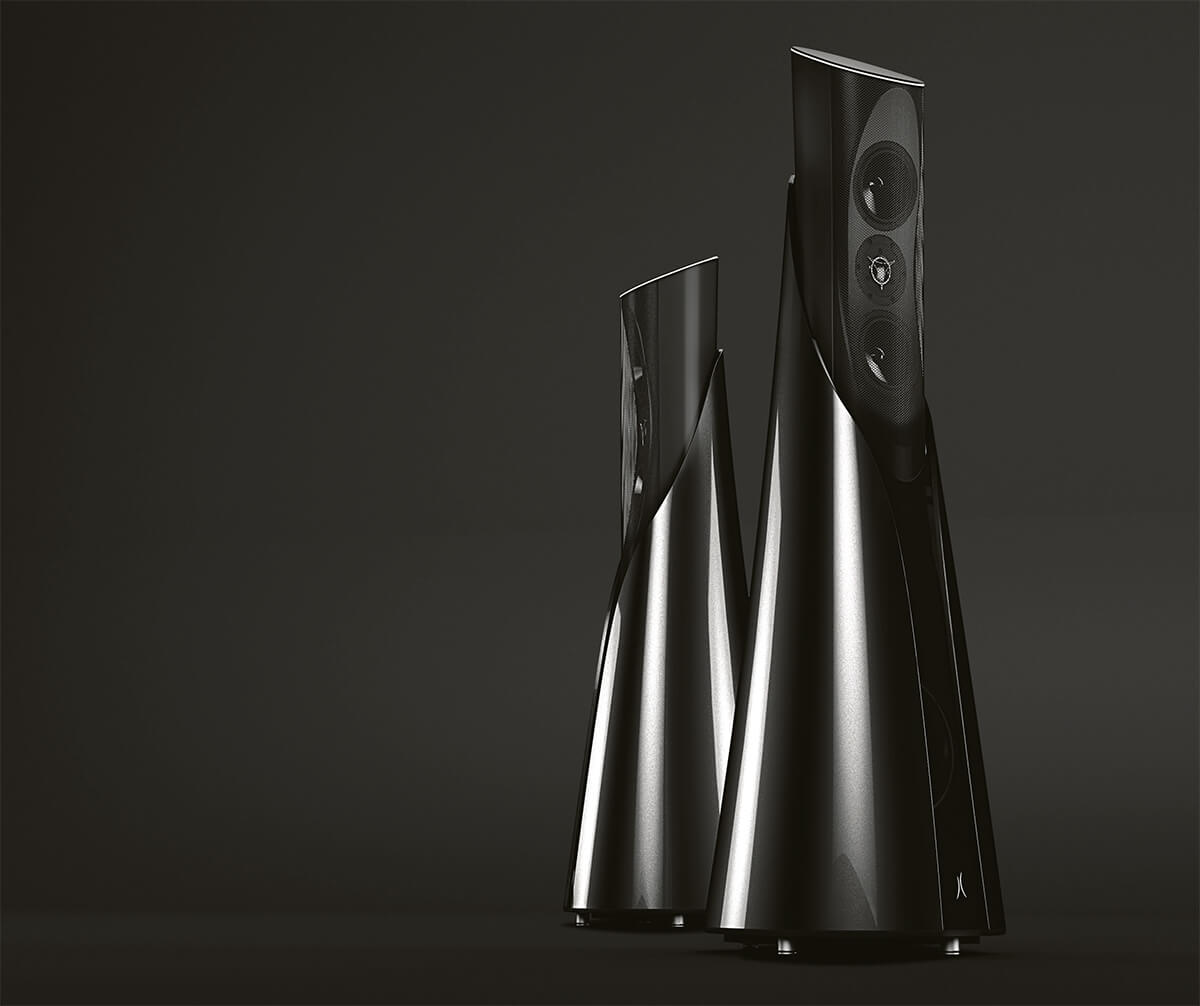 I love the cinema much more than most sane people should. Avengers: Infinity War? Sure, I was there in the first weekend. The problem is, I can say the same for Norbit. At least if I’d had some kind of home cinema system then I wouldn’t have had to go through the embarrassment of that ticket purchase. Aside from my filmophilic woes, there’s nothing quite like a good home system. Even if you just want to play music, it’s fantastic to do so in style. No grainy noise, silence that’s actually silent, crystal clean notes and spine-melting bass: it’s a must. Still, anyone can have something decent; here’s what you need if you want something exceptional.

Nobody wants wires. There’s not a person alive that runs into a room full of cables and yells “thank God they’re here.” Plus, aside from being a little cleaner, wireless listening is the modern way to appreciate music. Yes, purists will shout you down from the mountain, but who cares?

For a start you can stream Spotify directly to your speakers with something like the Estelon Lynx (£35,000). Not only are their towering spires beautiful to look at in a minimal, futuristic kind of way, but they sound astounding. Then there’s Estelon Intelligent Audio. 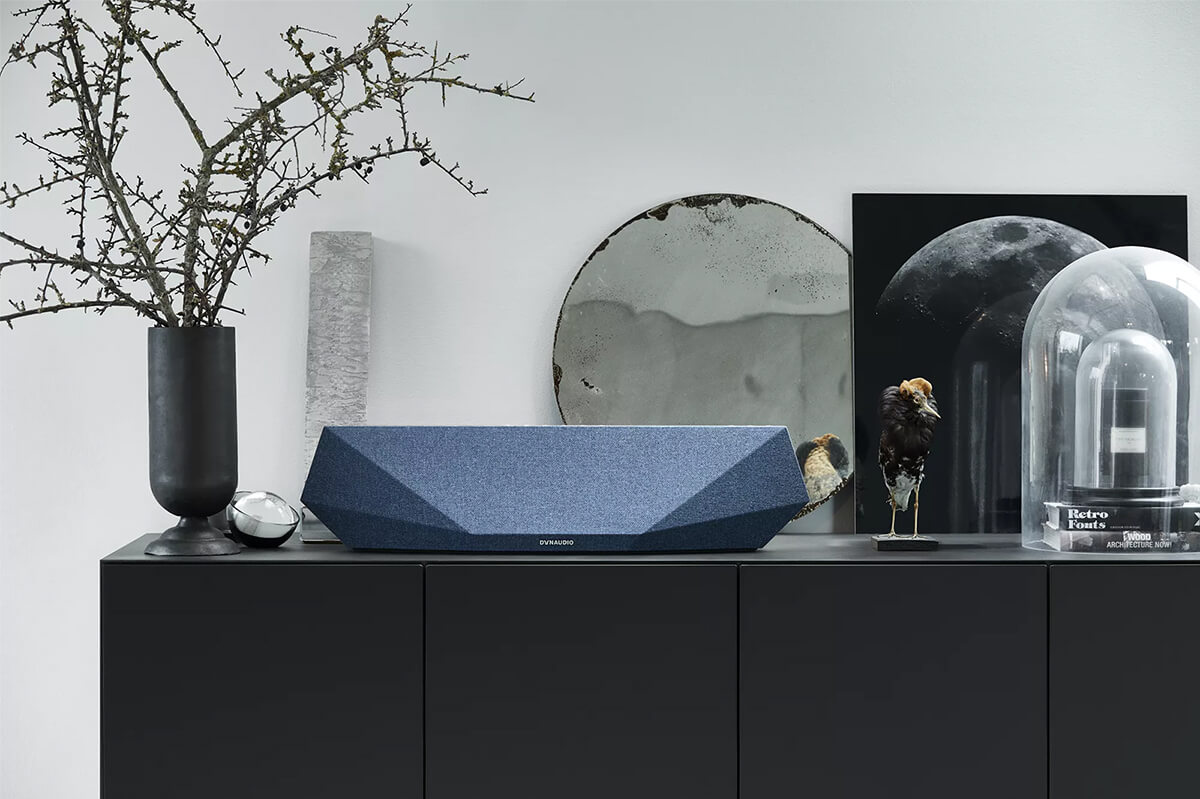 You don’t need to know the ins and outs of why it’s a good thing – all you need to know is that it makes the Lynx as close to an all-in-one high-end audio system as you can get. Of course, they’re not the kind of thing that can fit in every living room. For that there’s Dynaudio. The Music 7 isn’t just the geometric culmination of will.i.am’s wet dream, it’s a clear-cut steal at £875.

If you’re one of those aforementioned purists, well done! What you lack in thinking out of the box you make up for in good taste. There’s nothing like a pair of proper loudspeakers, standing like stoic sonic guardians before the alter of music. Or film. Whichever really. There’s a general perception though that decent speakers are expensive; if that’s the case, explain Monitor Audio’s 300-series. At just £550 per pair you’d expect cheap tat. You’d be happily surprised. Monitor have been doing this for 40 years and they know their business. These floor-standing speakers not only look the part, they sound it. 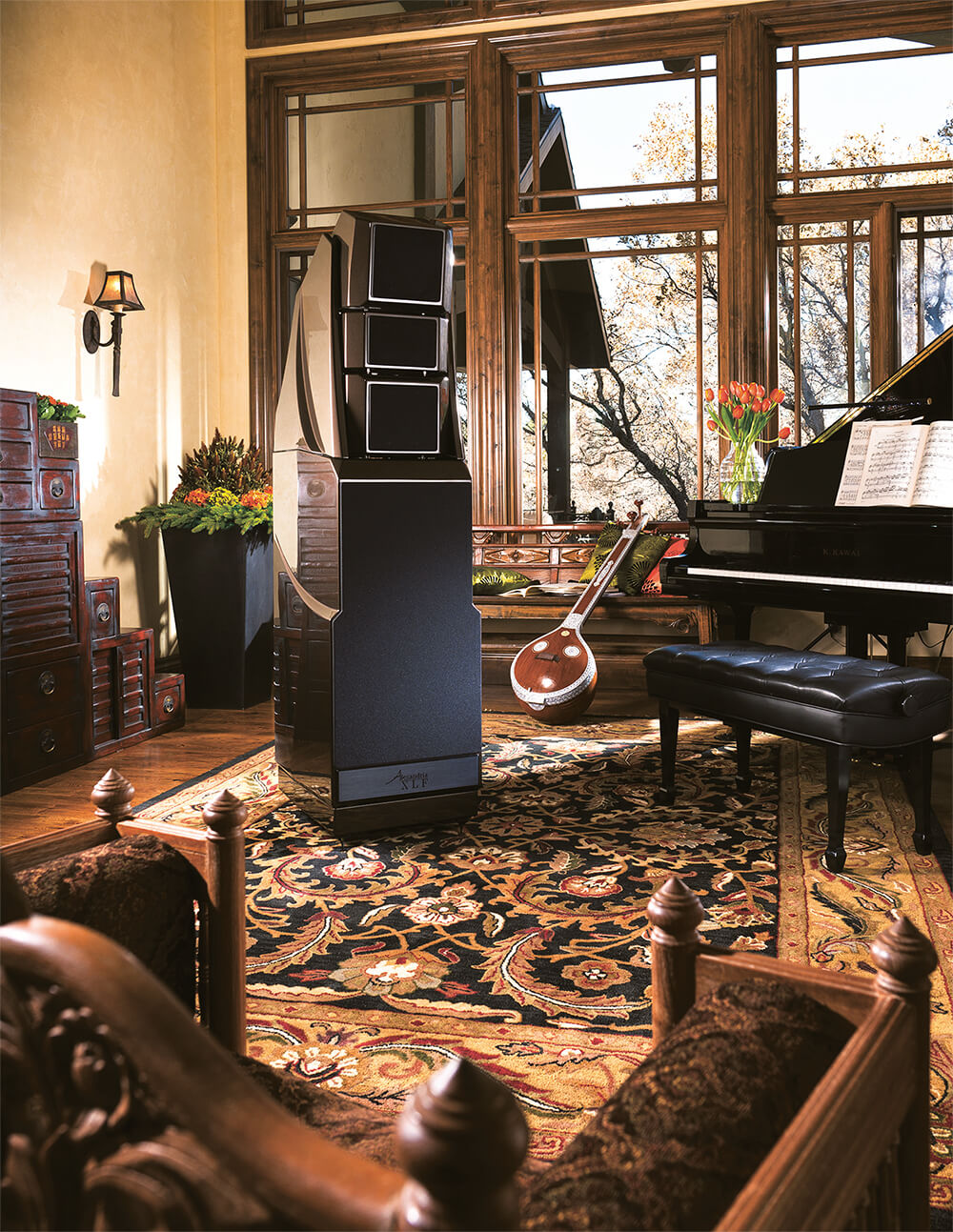 Of course there are some things they just can’t compare with – but then what can compare with the Alexandria XLF? Wilson are legends in the audio world and the Alexandria is their opus. Well, close, anyway. If you want to know what a £150,000 pair of speakers sound like, the only way to find out is to experience them for yourself. 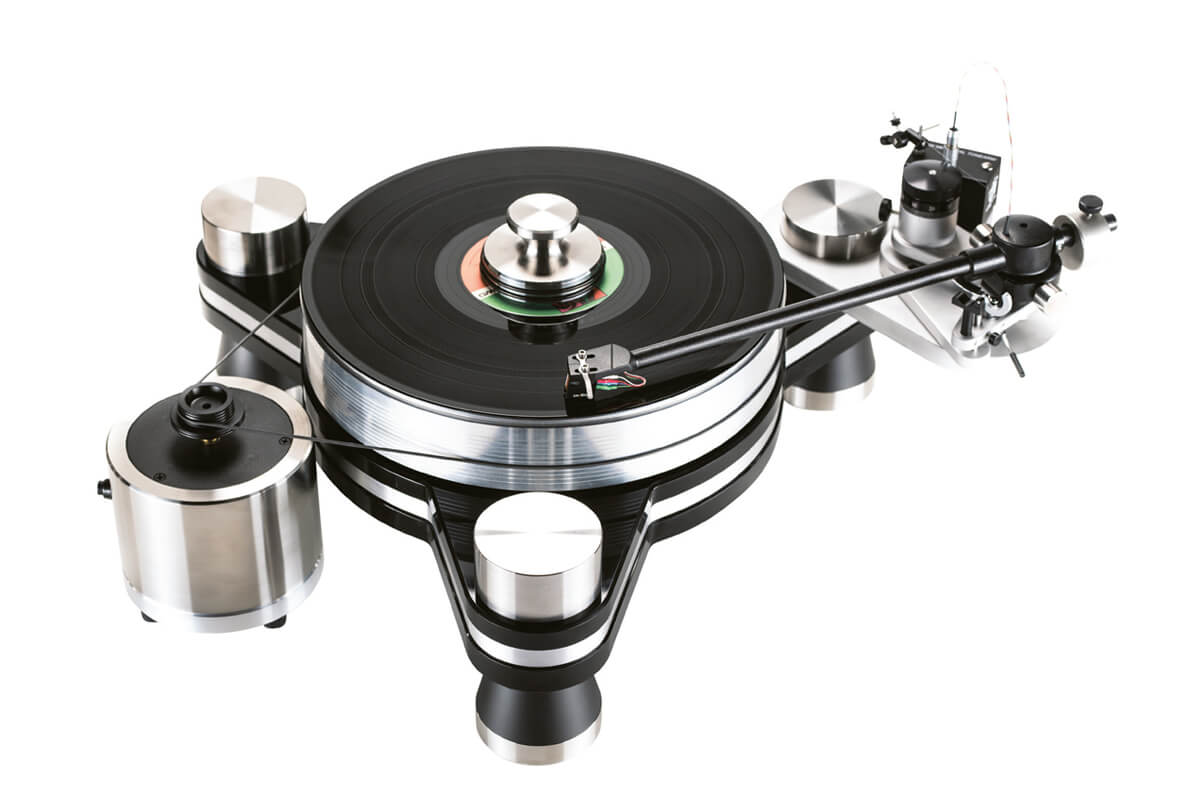 Turntables are cool. I can say that and I don’t even have tattoos and a beard. Well, not much of one anyway. The fact is, the vinyl renaissance has gone mainstream and with it it’s brought some spectacular turntables. The problem is that if you want good sound you have to invest. VPI’s phenomenal Avenger is the entry level to the seriously high-end at £10,000. It’s a fraction of the price of some turntables and can equal a good number of them in pure, uncrackling, 12-inch harmony. Of course, there is always the option to scale things up, but you want someone you know is going to deliver – someone like SME. 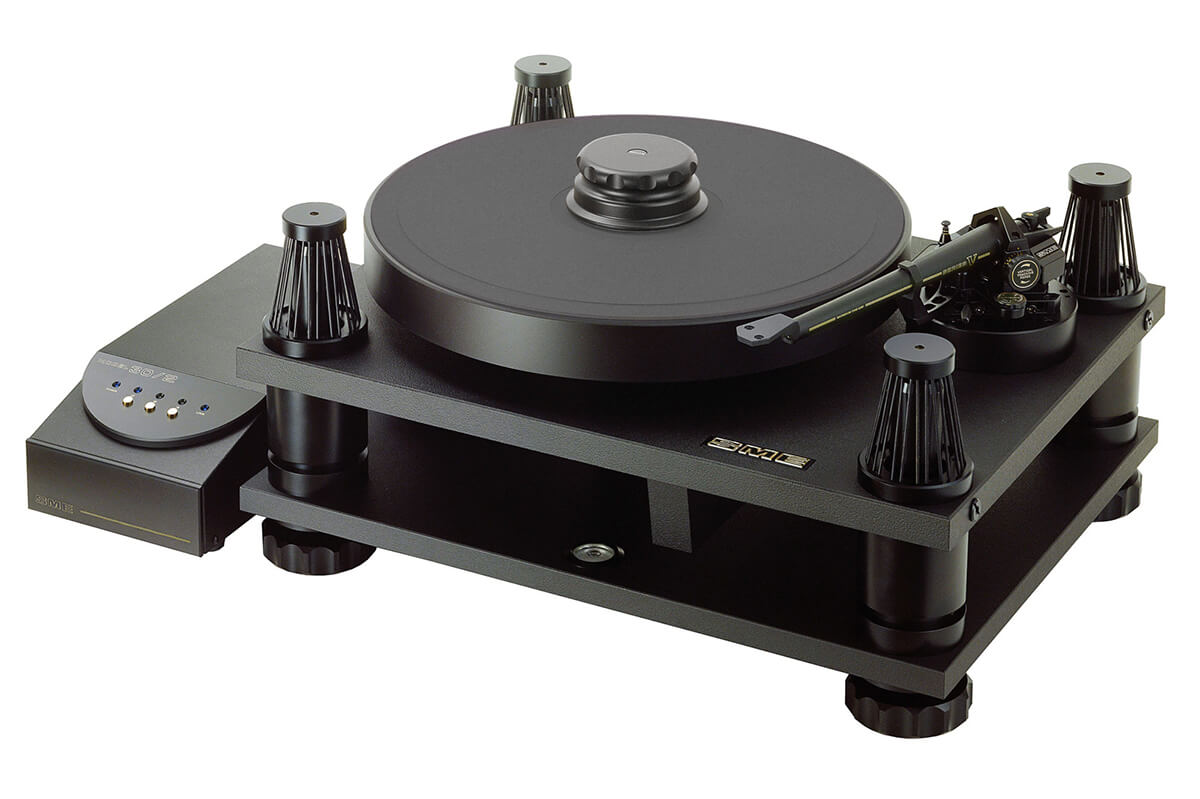 SME is one of the founding members of vinyl and among the finest turntable makers in existence. At £29,600, the SME Model 30/12 has a price tag to go with its size. Fortunately if you’re an audiophile it’s worth every hard-earned penny. It comes with a full suite of innovations to enhance your listening experience: suspension keeps vibrations from upsetting the disc, both top and sub chassis have been built super-weighty for rigidity, and the arm is a work of audio art. If you put your faith in SME’s experience you won’t be disappointed. Plus it comes in gold. If you like that kind of thing. 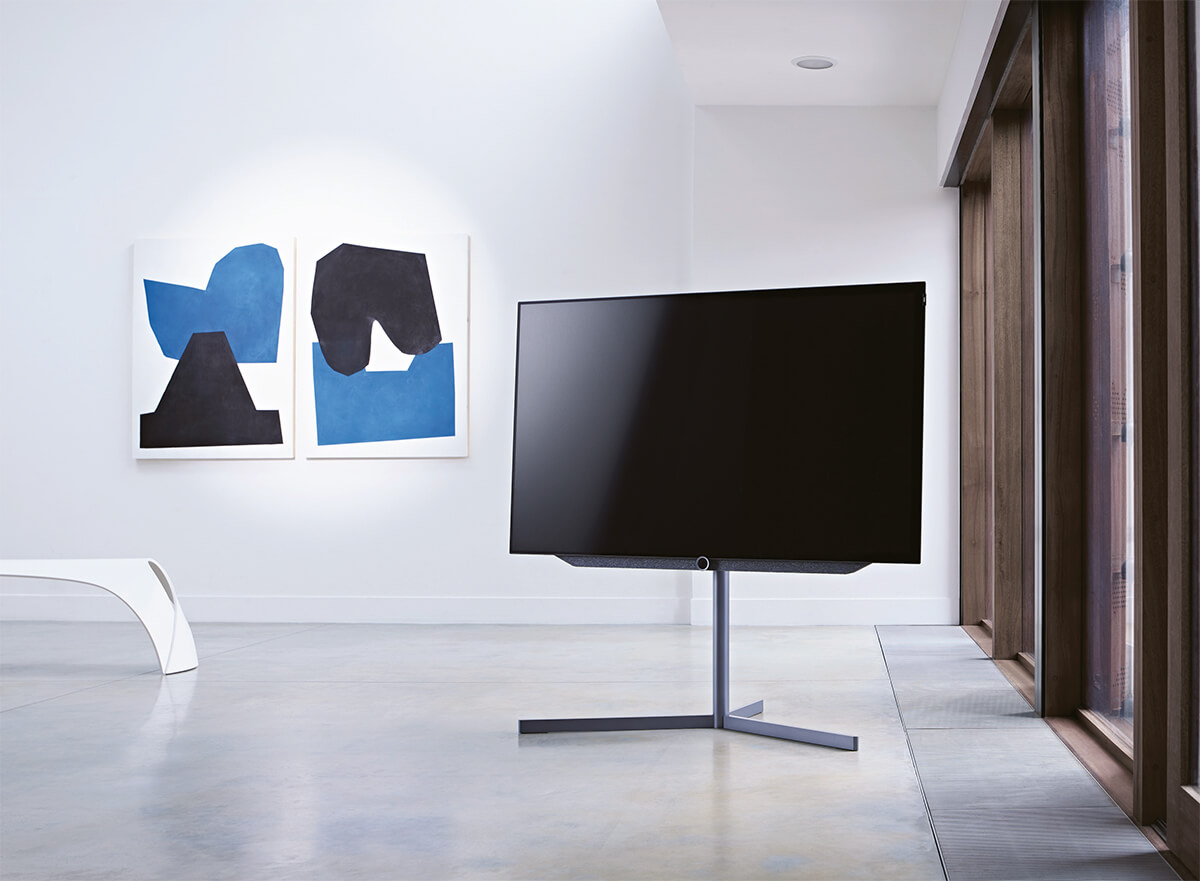 Some of us can’t just sit back and listen to music to pass the time; we need something to watch. Unfortunately as we’re no longer in the 1970s a healthy dose of LSD just won’t do, so we turn to films. And let’s be fair, hearing a t-rex approaching in surround-sound is spine-chilling. There are, of course, two ways to watch things – a TV or a projector. The first is pretty obvious; all but a few strange recluses and child genius entrants don’t have one – though not normally as fantastic as Loewe’s Bild 7.

Ultra-flat with blacker blacks, whiter whites and a bigger, better picture, combined with the intelligent lighting systems inherent to the screen, most other TVs pale in comparison. You’re looking at £13,990 for a 77 inch, though if you can’t fit that anywhere (I wouldn’t blame you) then the 65 inch is a much more modest £6,490. 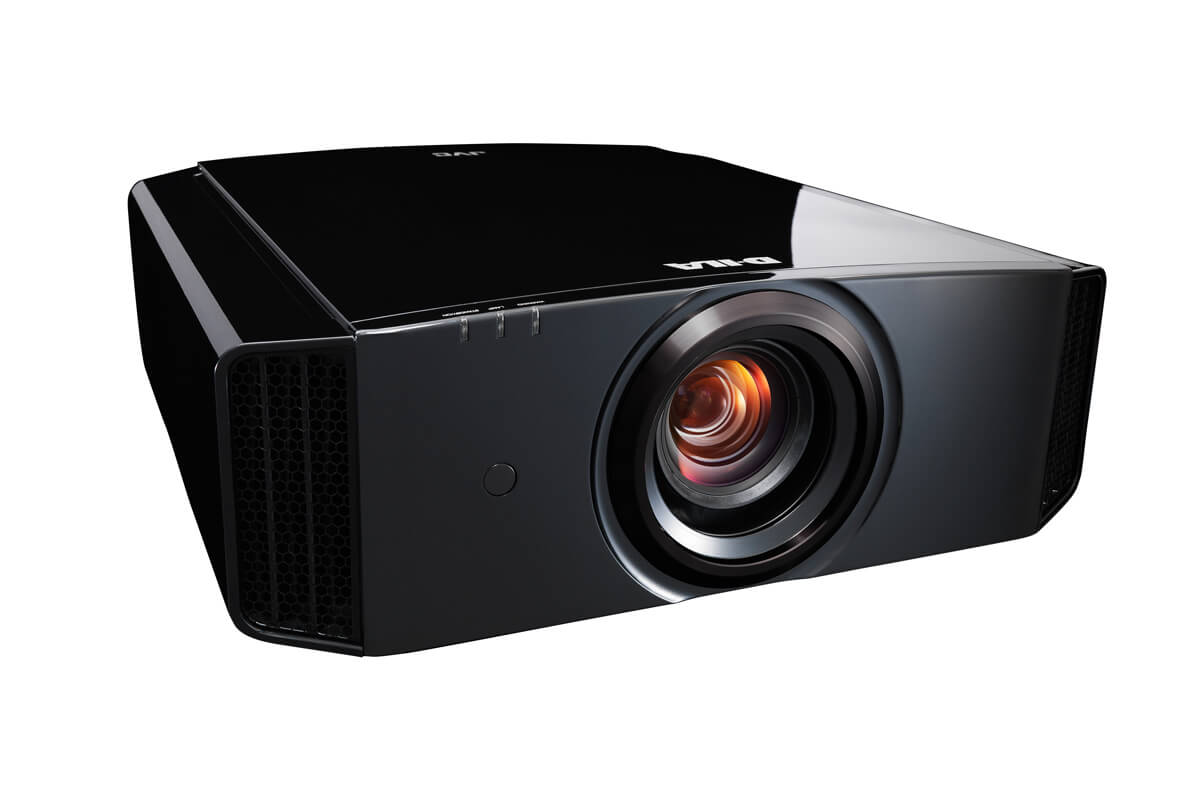 Then there’s the second way to watch: projectors. Nothing beats a projector and the JVC DLA-X5900 – a catchy name we know – is the king of the hill here. This will beat your local cinema and, provided you have the space and a screen, is a steal at £4,499 – just in time for Jurassic World: Fallen Kingdom. I’ll get the popcorn.