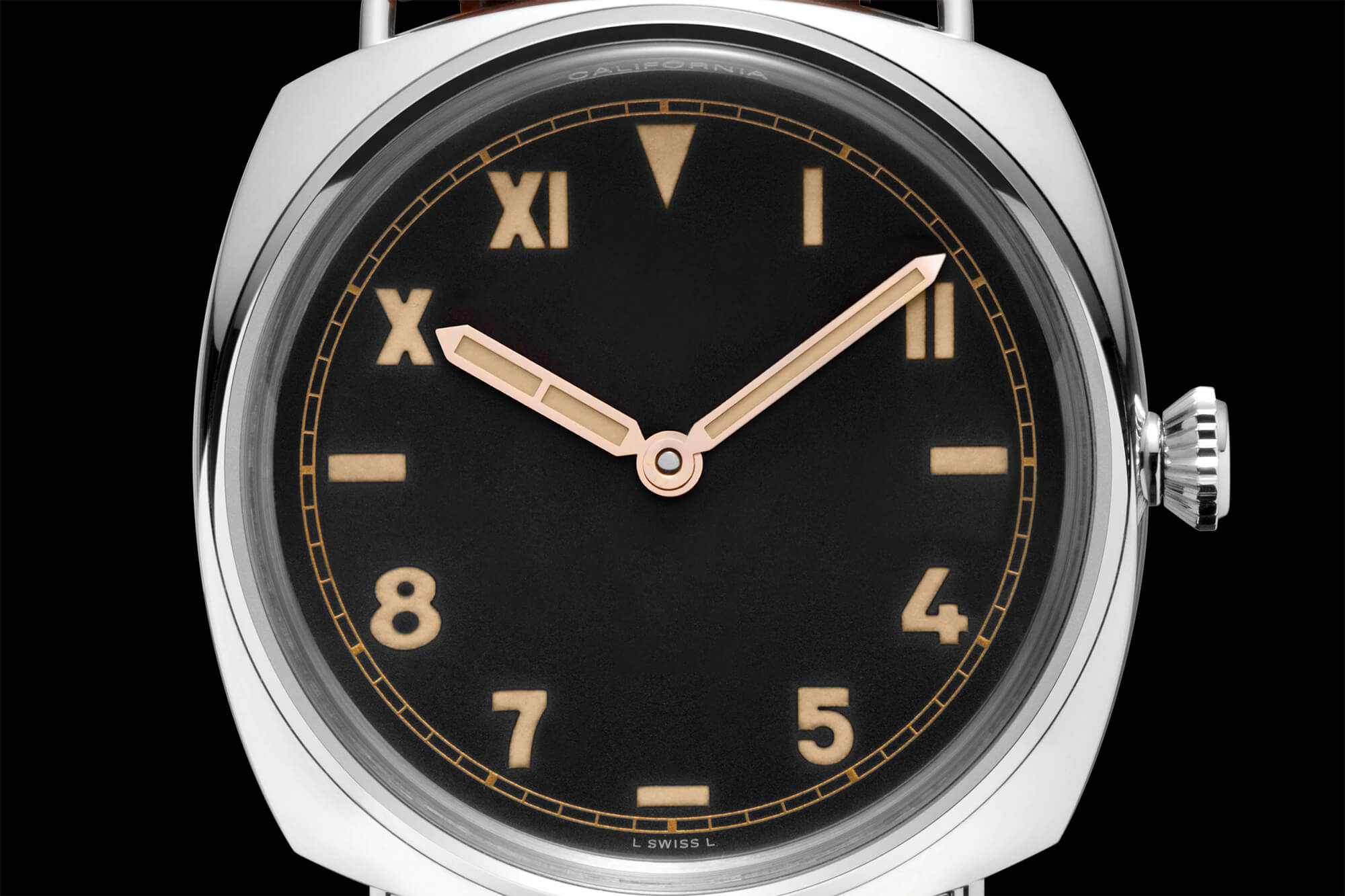 A California dial is as easy to identify as it is unusual; it’s simply a mix of Arabic and Roman numerals. 10 to 2 are Roman, 4 to 8 are Arabic and the 15-minute numbers tend to be simple indexes. That’s it. The numerals themselves have no bearing on the watch other than a bit of design flair. Well, that’s not entirely true; given their unusual nature California-dialled watches are invariably collectors’ items.

As for where the first California dials came from, it was a joint project between Rolex and Panerai. When Panerai was first asked to make watches for the Italian navy, the then-Florentine instrument maker had little to no experience in the field. Who better to help them then than Rolex? The result was the Ref. 3646, the first production model Panerai. Needless to say it’s a grail watch if ever there was one. 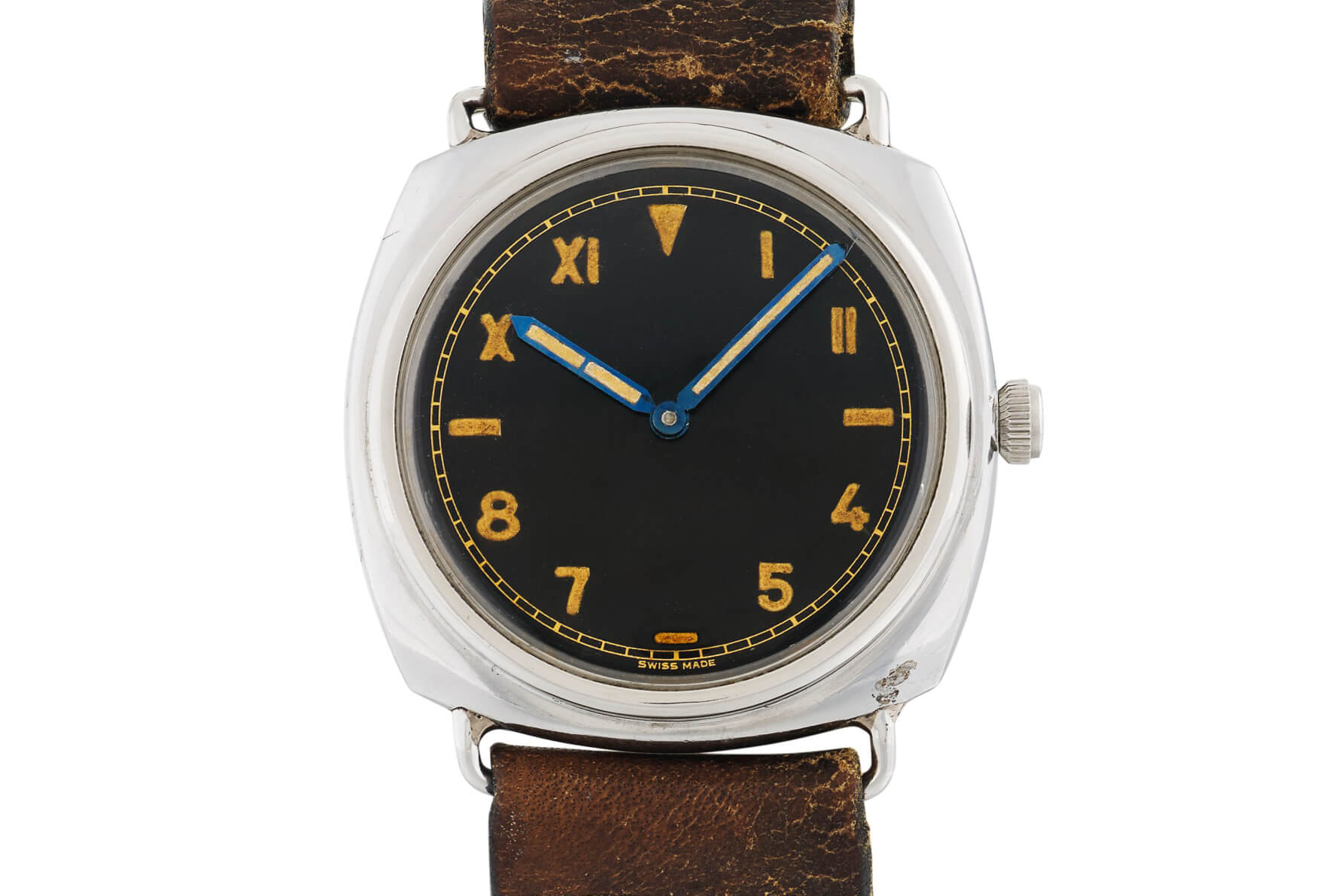 As for the name, nobody really knows why the dials take after the Golden Coast state; theories abound but nothing definitive. Probably the most popular theory is that the name comes from LA-based dial finisher Kirk Rich, who did some popular dials with the design. Still, that could just be good PR from them. Either way, the name’s here to stay.

Despite being one of the quirkiest of vintage watch dials, you really don’t see many Californias, especially in modern timepieces. In fact, there are a scant handful out there to choose from unless you want to pay out the nose – and likely fist-fight another interested collector – for a vintage piece.

Still, there are some around that carry the torch for the only half-and-half worth having. 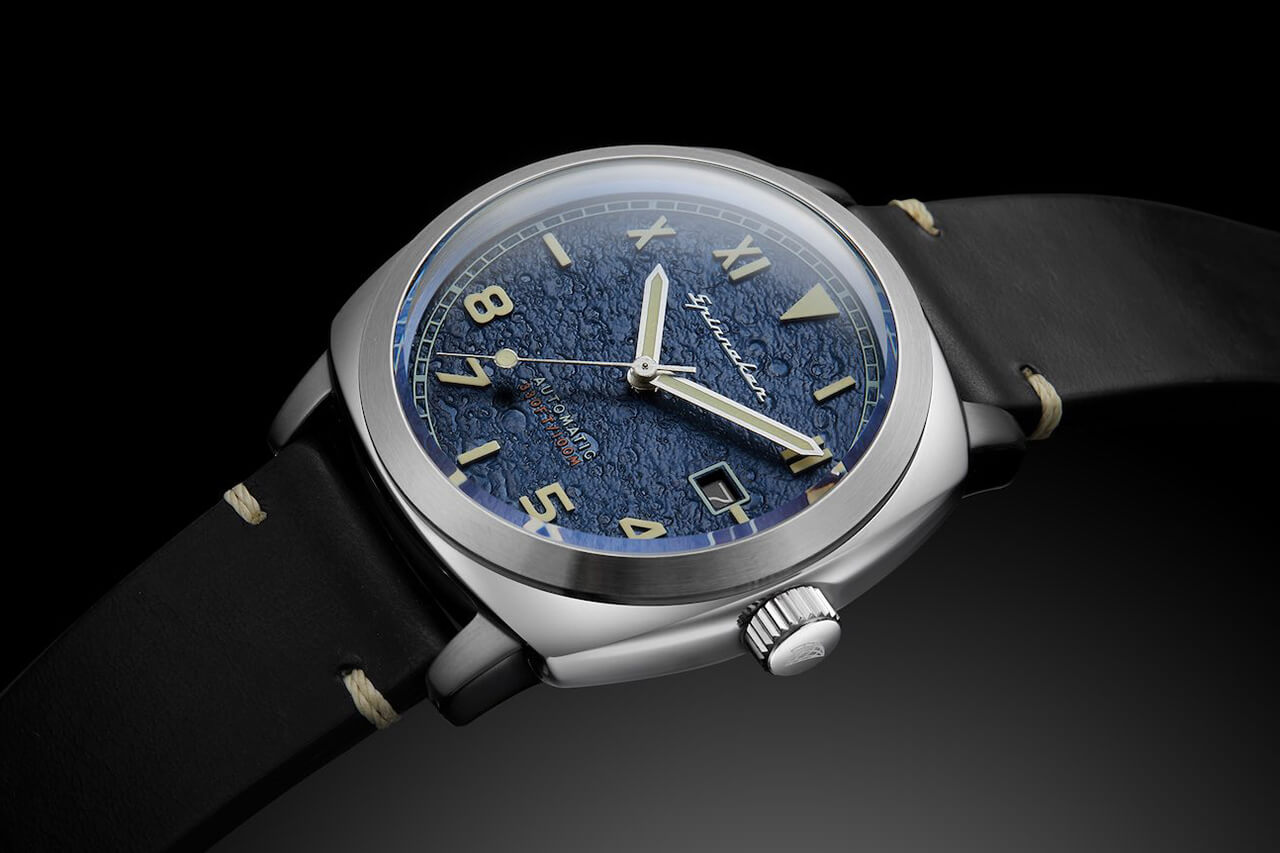 Is this an unashamed Panerai wannabe? Yes. Does that stop it being one of the coolest divers anywhere near it’s price range? Not one bit. It has the signature cushion case of an Italian tool watch, that famous California layout and here a textured blue dial that looks like the surface of the moon. The fact that it’s an automatic timepiece for under £250 is just the icing on the cake, even if it can’t quite hit professional depths. Available at: pageandcooper.com 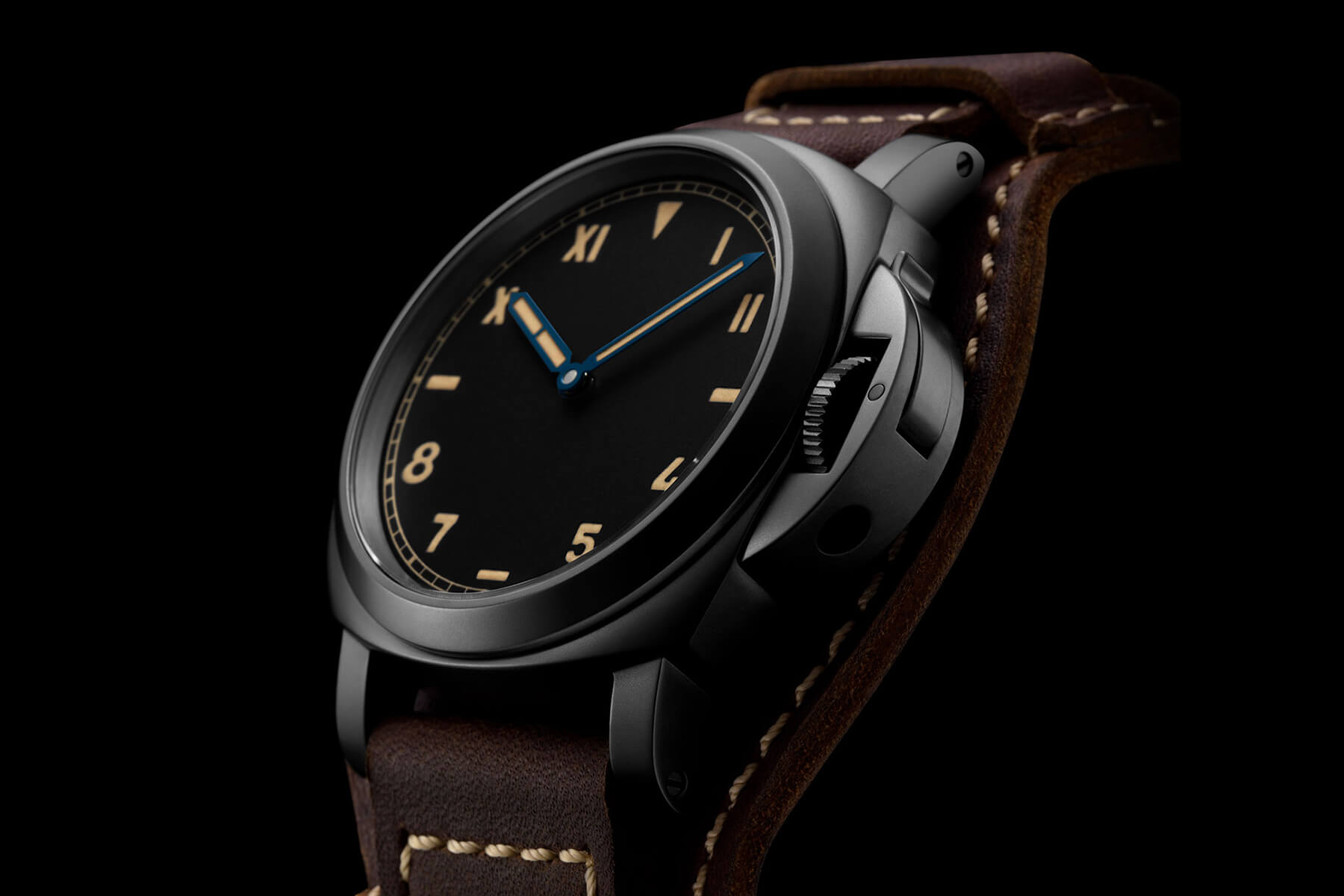 Of course first up was going to be Panerai. They originated the dial so it’s no surprise to see them invested in it even now. The Luminor California 8 Days should keep vintage fans happy as it’s about as faithful a dial as you can get without owning an original Frogman watch, right down to the vintage-hued indexes. Still, there’s a nice modern twist in the black DLC-coated case and ever-comfy bund strap. Available at: panerai.com 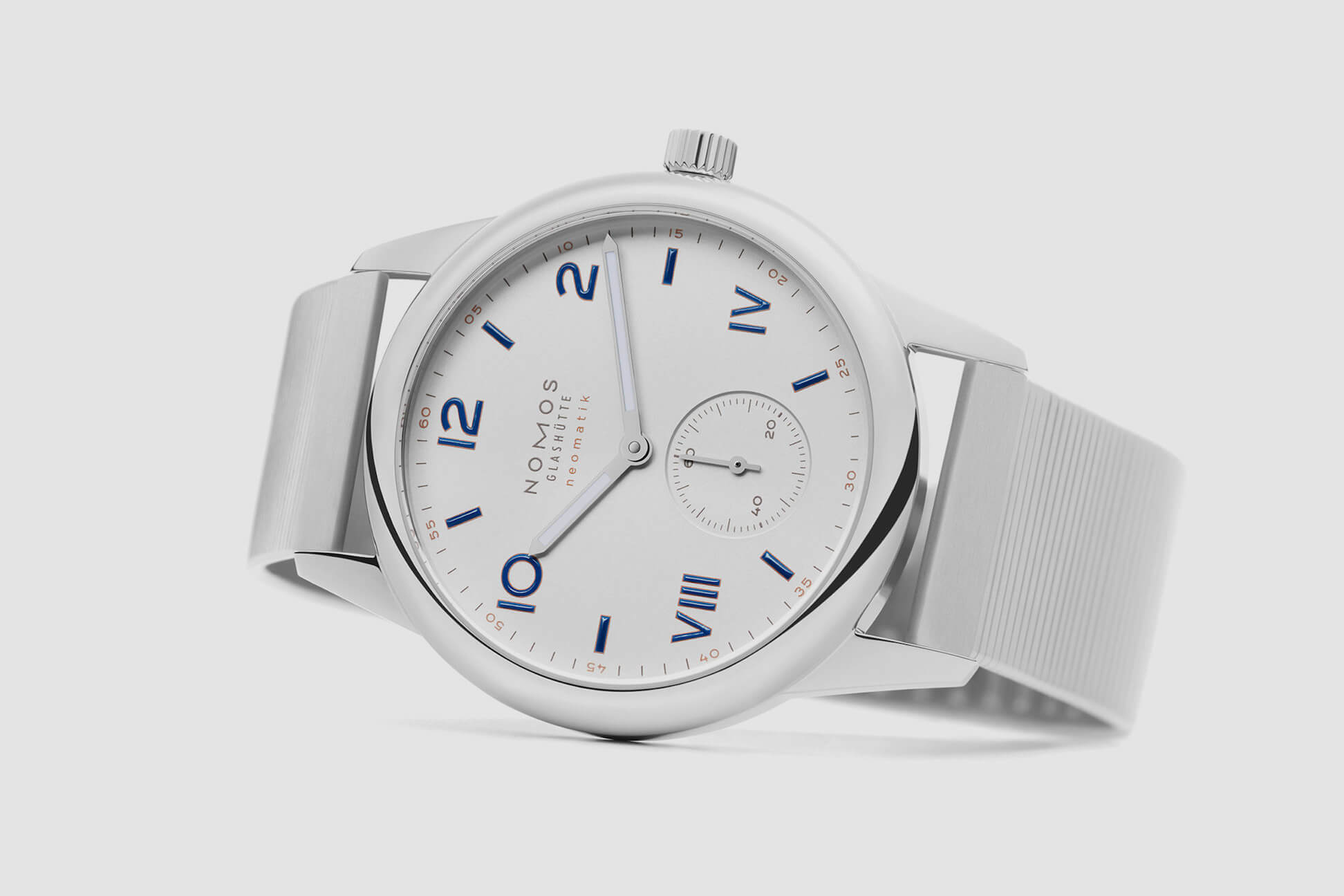 Sure this isn’t a purist California dial as everything’s been moved around, but the core of what makes the layout appealing is still there, with Arabic at the top, Roman at the bottom. It’s a cool design feature on a watch that’s otherwise Bauhaus through and through. It’s particularly nice in the white-dialled Neomatik version as the stark blue numerals really hammer home the feature. Add in a great in-house movement and you have a great modern take on the California. Available at: nomos-glashuette.com