For anything good and pure in the world, the seedy world of Reddit has a way of destroying it – or at the very least, memeifying it. Devoted watch collectors being the overt geeks that they (and I mean we) are, it was only a matter of time before horology developed its own set of in-jokes and altered images. Probably about five minutes after Reddit went live, thinking about it.

In case you wanted to venture there yourself, don’t worry too much. The forums are still pretty well-populated with guys showing off their rare, quirky finds on worryingly hairy wrists. Provided that is you stick to the safety zone of r/watches. Head off the beaten track though (r/watchescirclejerk for example) and you’ll need a map. Consider us your cartographers – and welcome to the world of watch memes. Oh and parts of this might not be strictly SFW. 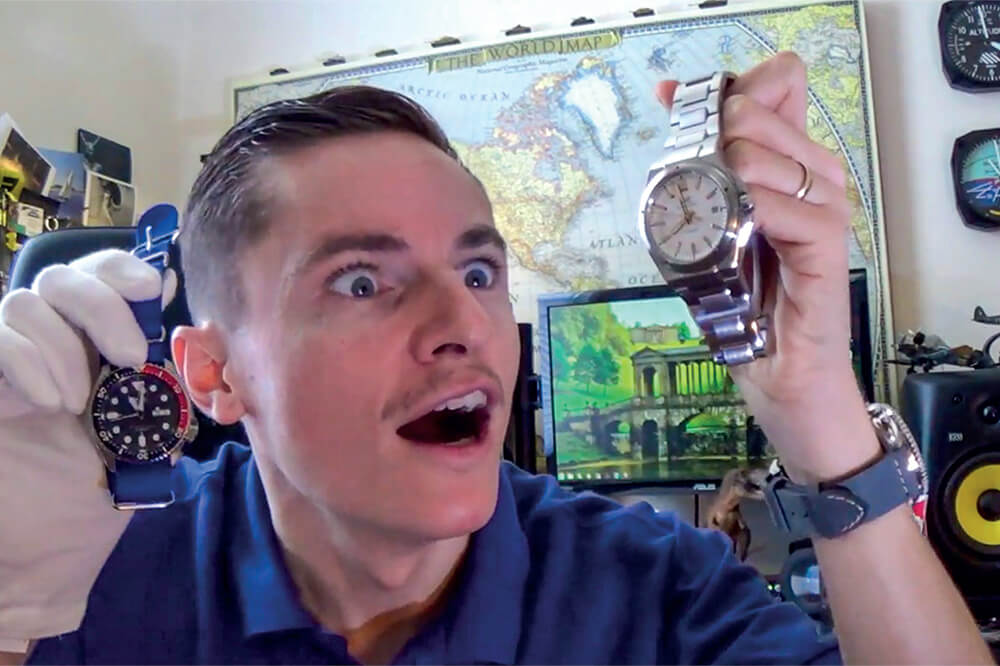 Head into the deep, pungent underbelly of Reddit and you’ll find all kinds of strange watch-loving creatures ending every post with ‘ok ciao’ – and strangely it’s not because the entire subreddit wants to be Italian. While obviously not as important as our YouTube channel, The Urban Gentry has been going for a good old while. Showing off watches as the “part of the crucial history of human civilization and time itself, which is our most precious commodity in life” that they are, face of the channel Tristano Geoffrey Veneto has a few favourite phrases he likes to return to: “Pure class,” “absolutely gorgeous,” and of course his signoff, “OK Ciao.” The Reddit community has adopted his sayings wholesale. Oh and another favourite of TGV? “Chuffed to Bits.” 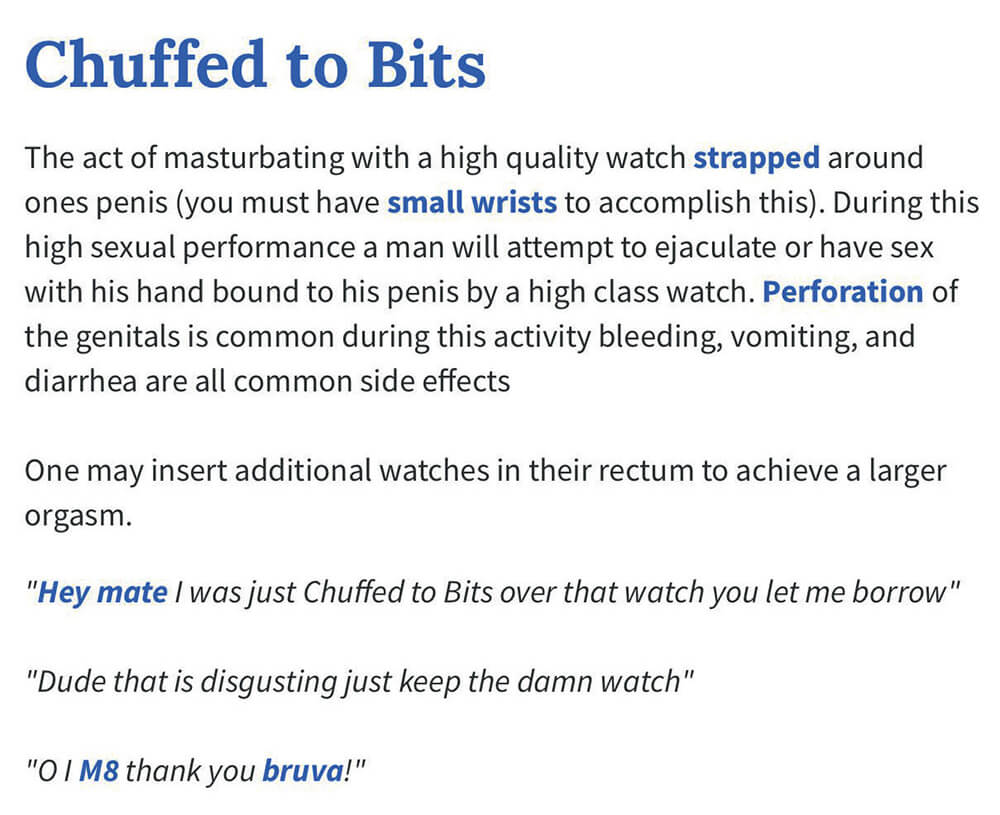 So… yeah. I’m just going to leave this definition right here, straight from the devil’s gaping maw. Please don’t try this at home.

3. The Impossibility of Getting Watches 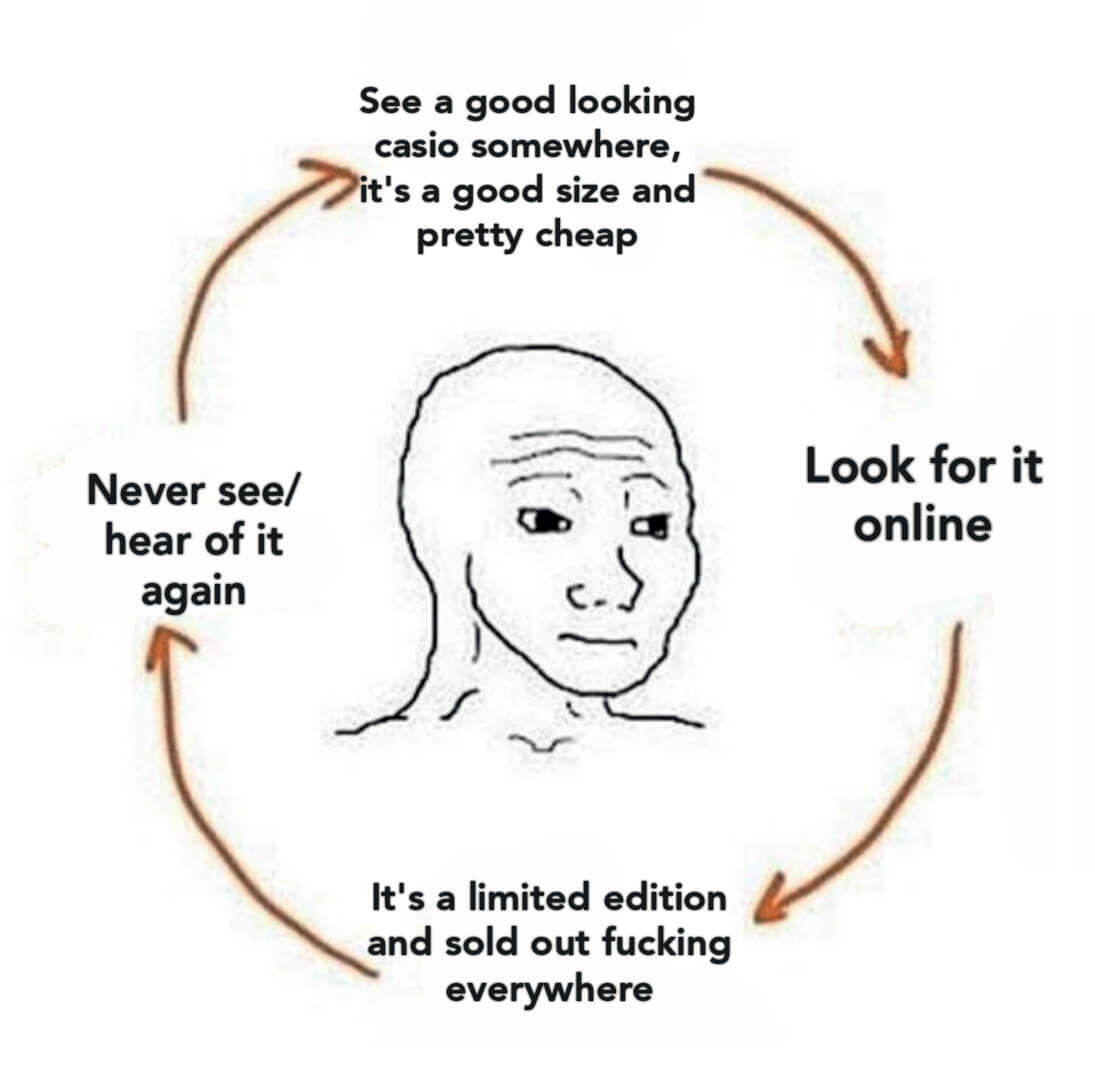 One of the greatest frustrations of being a watch collectors is not being able to get the watches you want to collect. The biggest example of course is the epic wait list for a Rolex Daytona or Patek Philippe Nautilus. But in the world of Reddit where there’s a collector for everything, even the smaller, cooler brands have their own issues. Then there’s Casio. 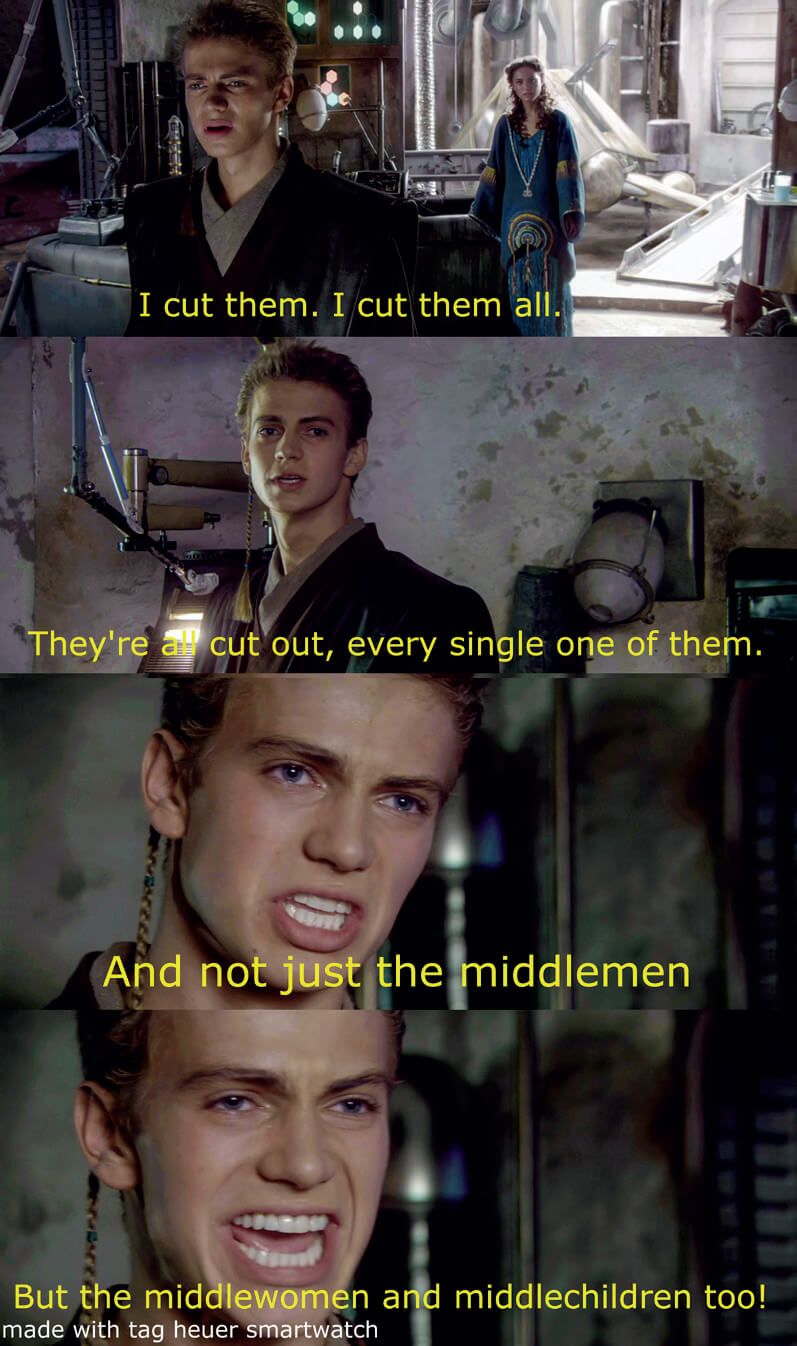 Online hasn’t just revolutionised vaguely funny stock pictures with some kind of horological attachment. Brands everywhere are going straight to the consumer, cutting out the middleman as they go. So violent in fact has this culling been, the unceremonious getting rid of those defenders of the faith that make up distributors and marketing execs that the watch community has really started to feel for them.

The issue here is that, if you think about in a certain way, these disruptors cutting out the middlemen, these artisanal coffee-loving tech hipsters that don’t produce the watch, have themselves become the middlemen. 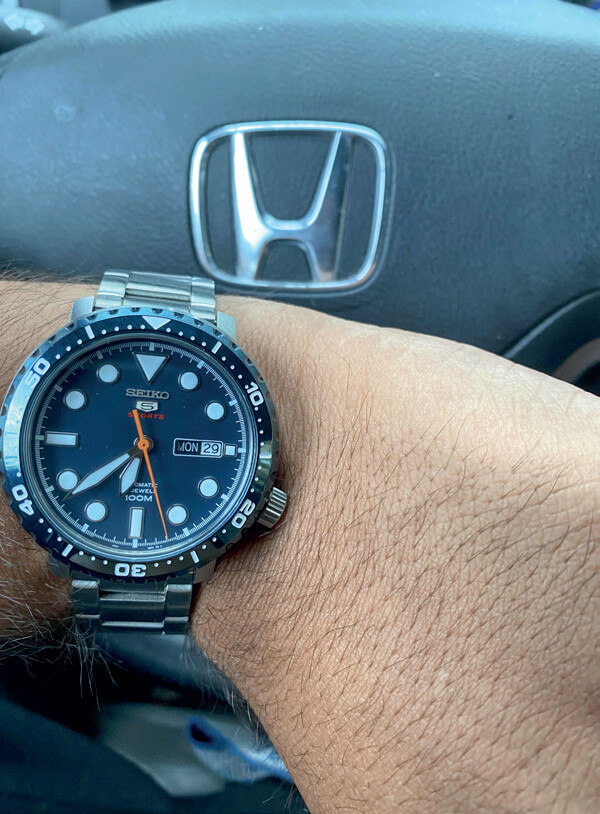 In possibly the most delicate, tasteful form of satire on the forum, you’ll see a fair few shots of affordable watches, snapped on the wrist in front of the emblem on the steering wheel of an affordable car. This references the ton of Instagram shots out there with some jackass shooting his Richard Mille while showing off that he drives a Lambo. Or an Hublot in a Ferrari. Whatever the pairing is.

Still, it’s something that you, too, can do at home! Carefully line up the perfect paired shot and off you go, pure class! 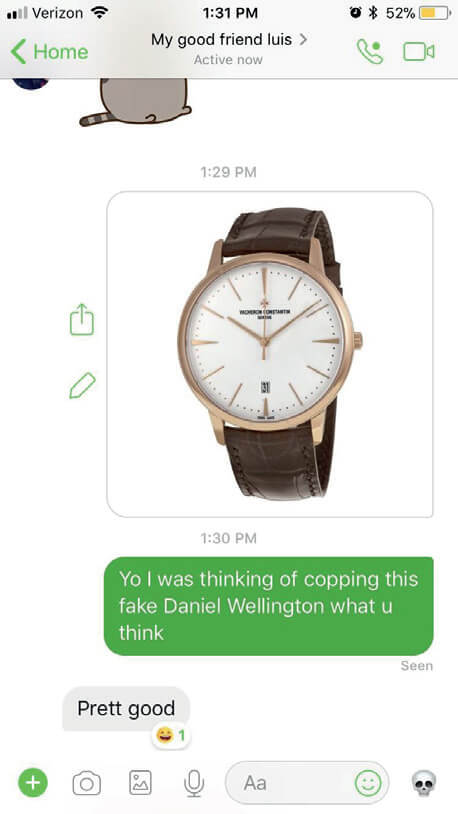 And finally, the butt of every joke. Not long ago my friends over at @clockbait decided to show everyone how to wind a Daniel Wellington watch. They pulled out the crown, wound it a little, then threw it out the window. That in a nutshell is how the watch lovers of Reddit think of the brand. In fact, there’s more than a little outcry if you put the words ‘Daniel Wellington’ and ‘make watch’ in the same post – partly because of the obvious connotations that you dare suggest the brand is a serious horologist, partly because you spelt its name correctly. Shame on you.

These are not all the watch memes there are. Hell, these barely scratch the irreparable DLC-coated surface. But at least you’re a little less likely to get lost. In the meantime though, here is a poem of sheer, staggering eloquence posted by a IrenaeusGSaintonge. The man/woman/cat with a keyboard should be sainted.

“apology for poor english
when were you when middleman dies?
i was sat at home chuffing bits when Dovid
Wellongton ring
‘middleman is kill’
‘no’”

I think we can all agree, that’s pure class. Ok ciao.