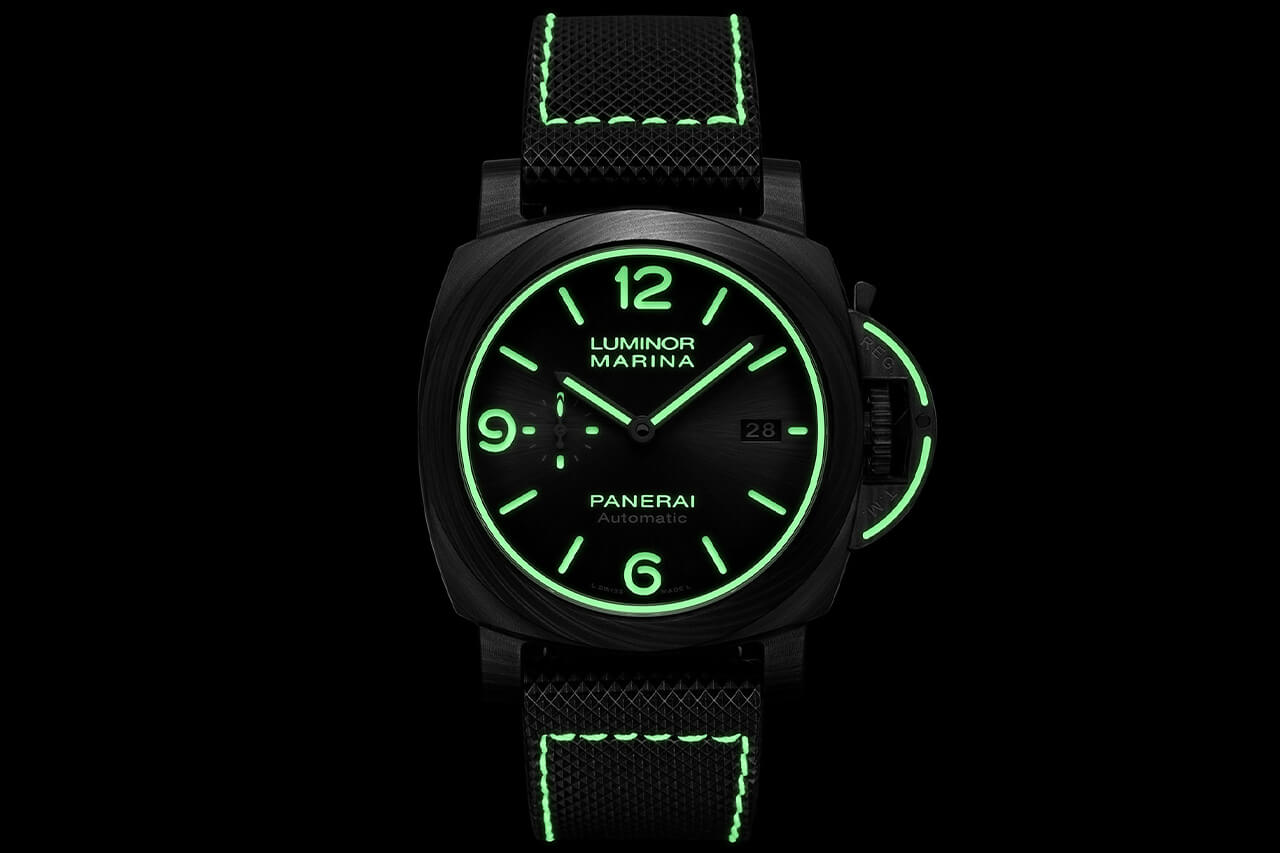 Watches have had to solve plenty of problems over the years, from crushing depths to magnetism to temperature – anything that might upset the workings of the movement. But even the smoothest-running calibre is a little pointless if you can’t actually read the dial. Given that half the day is darkness (give or take) that’s a serious issue, and one that a little luminescence has helped solve since the early 1900s.

As is often the case for technological advancements, the first instances of lume popped up around World War I, with military watches using a mix of radium and zinc sulphide. The most important part of that pairing is the radium, a radioactive material that glows in low light. Yep, radioactive.

Don’t worry about wearing a vintage field watch though; even when applied, it wasn’t harmful to the wearer and plenty of brands loved the stuff; Panerai even named a collection after it. Unfortunately, the same can’t be said of the (generally) women that painted it onto the dials. It turns out that if you spend time handling a lot of radioactive material, bad things happen. 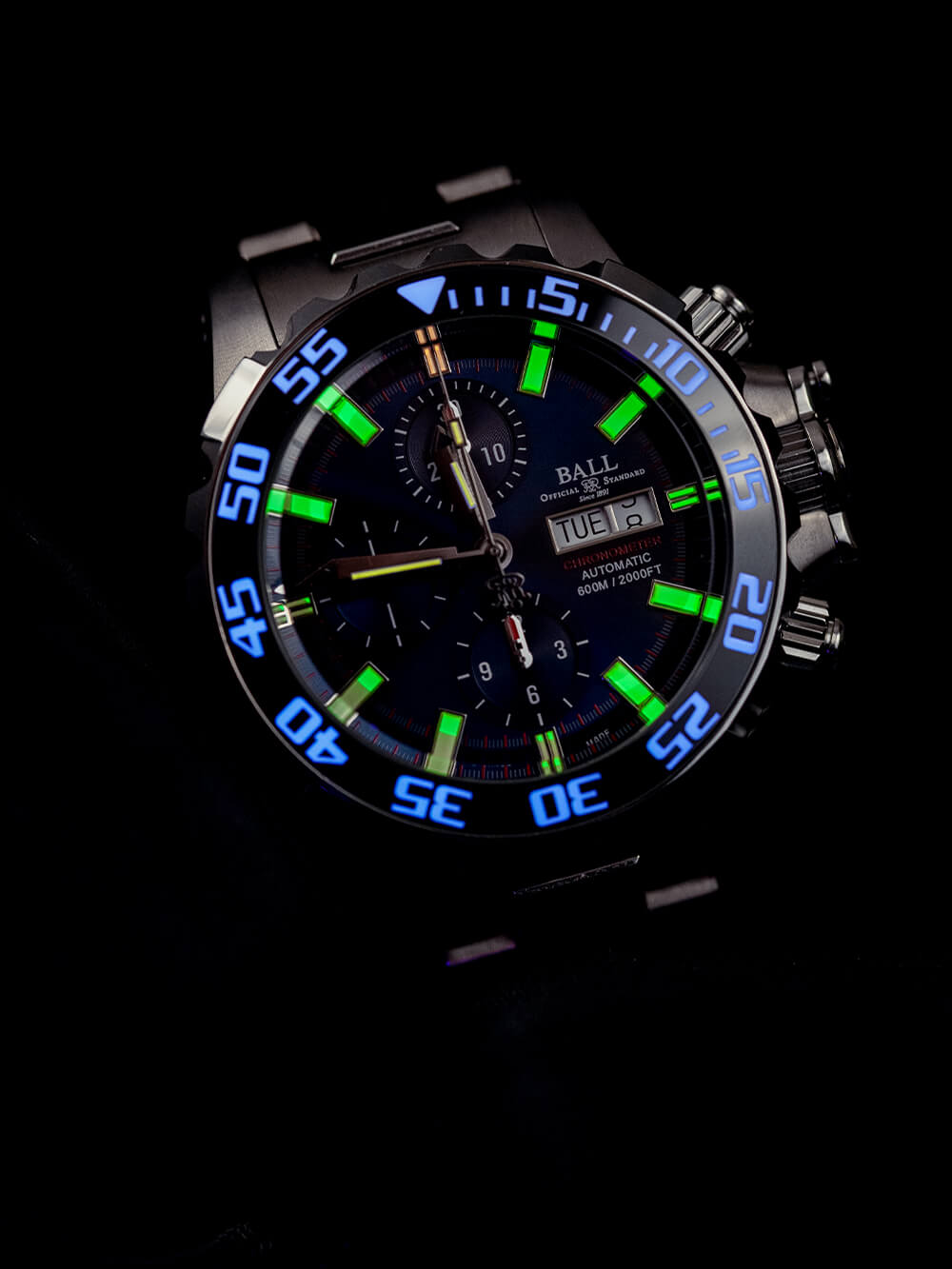 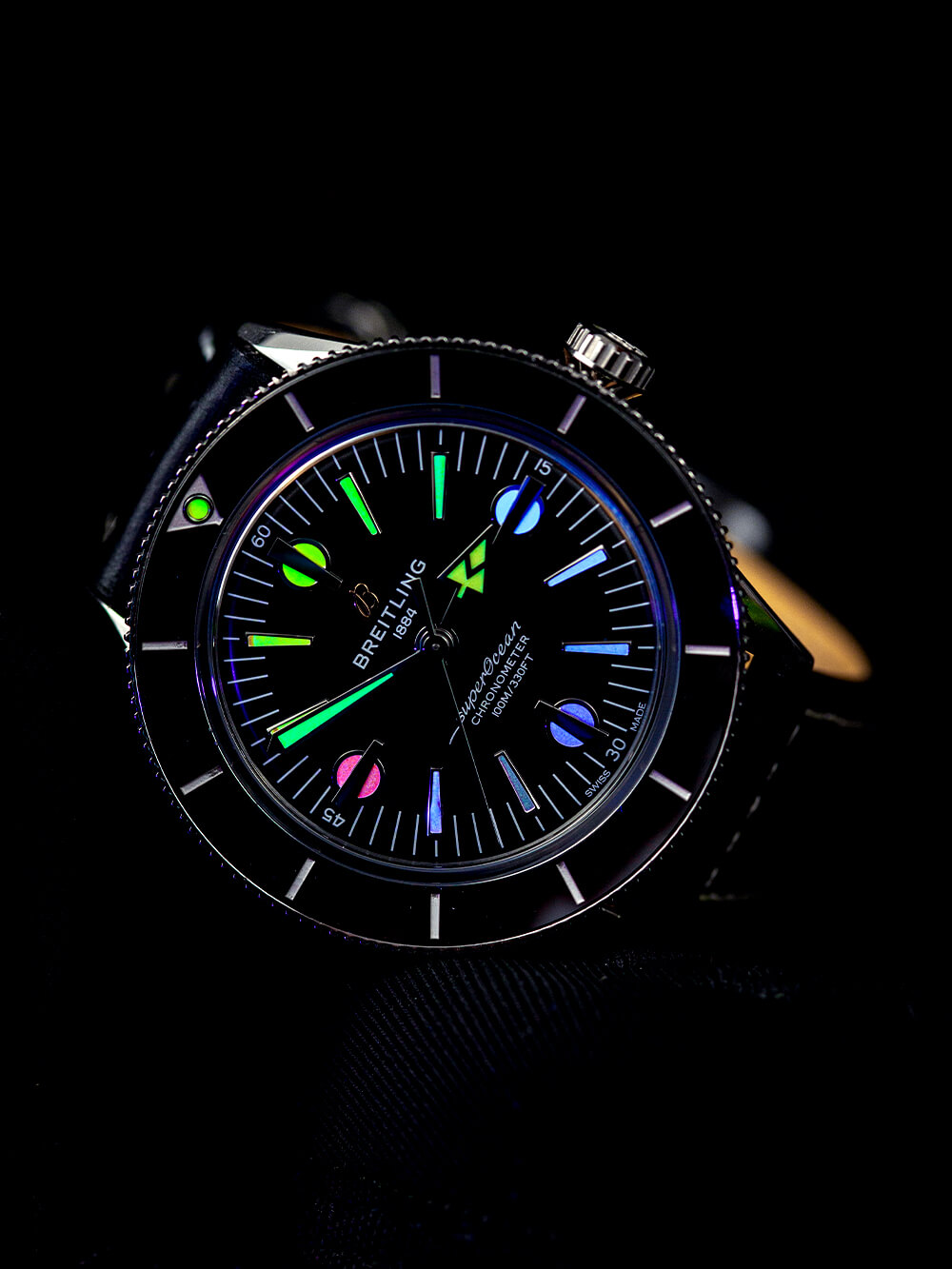 Still, radium wasn’t officially banned until 1968 when it was almost wholesale replaced by tritium, a material that has its own issues. Sure, it’s far, far less harmful to humans, but it also has a half-life of just 12 years. If you’ve ever wondered why your cool, late-60s sports pieces don’t glow, that’s why. The tritium ran out of juice.

What it did gain was a lovely patina, the sort that many a modern watch with overt retro vibes tries to imitate with a touch of sepia. You’ll know its original if the dial’s marked with T, TT or H3. Tritium’s not really used nowadays, except notably for our cover star this issue. 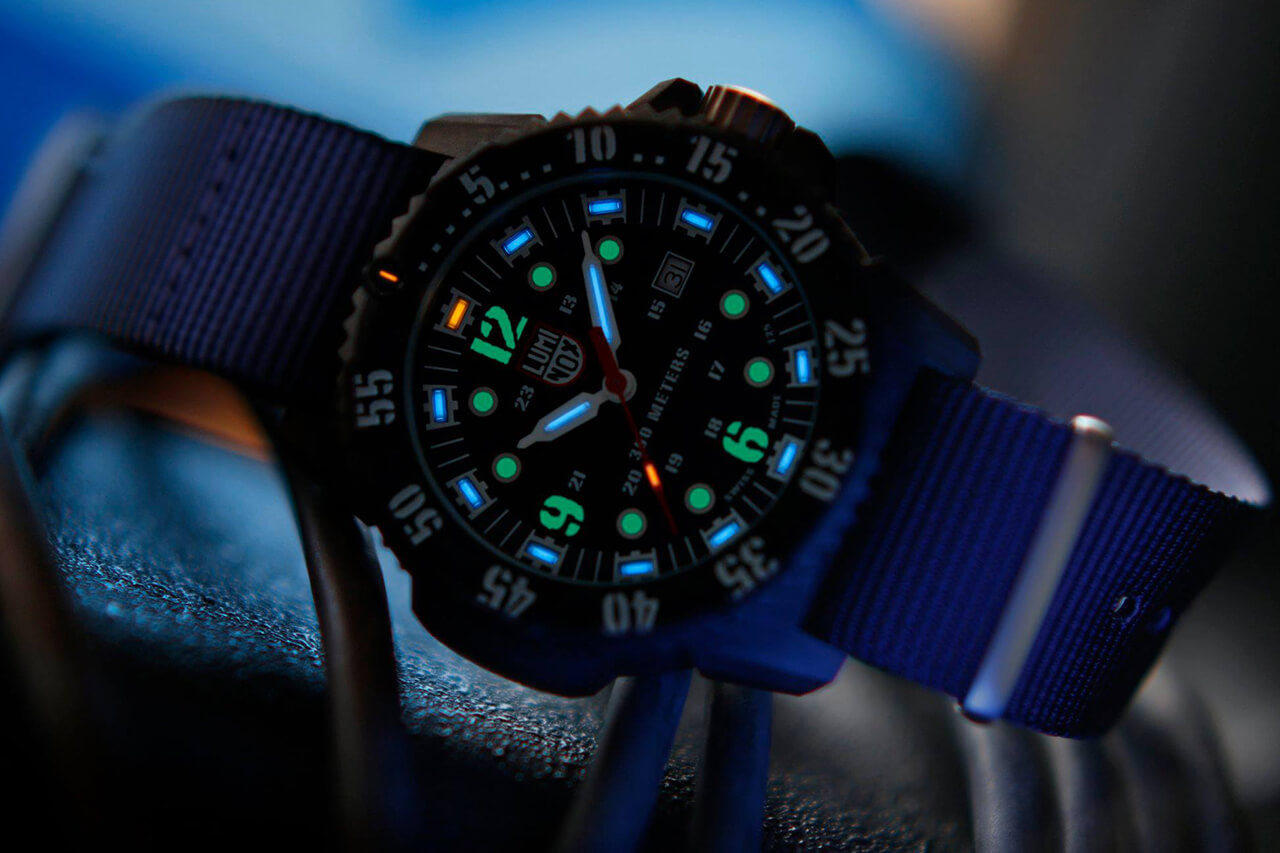 Rather than painting on tritium with zinc sulphide, Ball uses tritium gas tubes. They’re incredibly bright and rarely used outside of a handful of watchmakers, which is a shame. They also need to be pretty closely monitored in manufacturing; tritium is still a radioactive material, after all.

So aside from the outliers like Ball, Luminox et al who use gas, what exactly do most modern watches use? It’s on pretty much every spec sheet out there: Super- LumiNova. Or at least, some variation thereof.

Rather than glowing by itself, the luminescent pigment in Super-LumiNova, the latest version of which is Super- LumiNova C3, glows after exposure to light, charging like a battery. It starts very bright at first and fades out over time, making it ideal for short spates of darkness but not a Scandinavian winter. The main benefit though is that it’s not radioactive. This means its safe, easy to apply and keeps its properties over time. 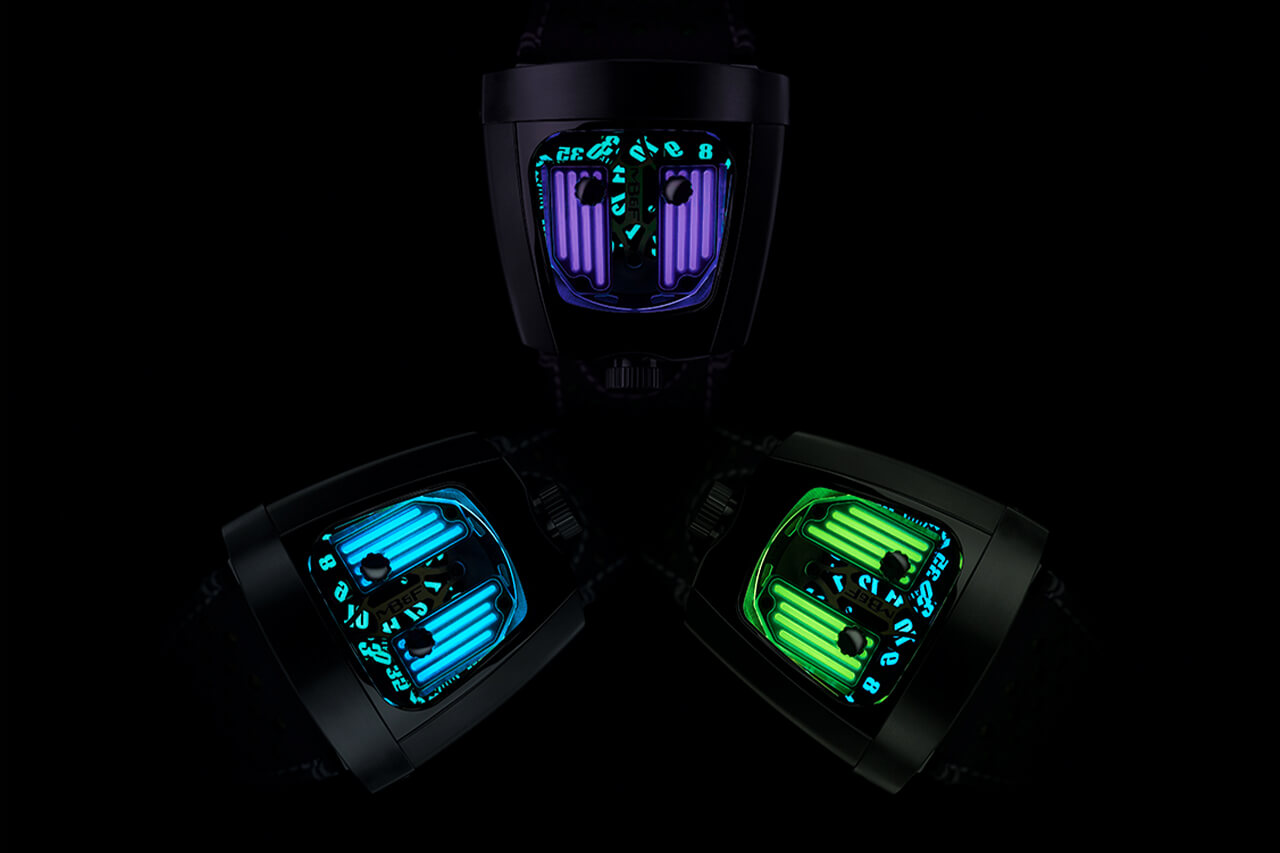 It does have issues with humidity, but with constant advancements on the formula – from other brands too, not just the trademarked, Japan-Switzerland crossover of Super-LumiNova – we’re getting a ton of different colours (Super-LumiNova itself comes in eight), longer lasting glows and more environmentally hardwearing versions of lume.

Brands are getting more experimental with the stuff too. Tudor’s all-black only watch used black lume so that the watch could only be read in the dark; Ball’s been using every colour of tritium gas tube under the sun; and Black Badger’s been sticking its own proprietary blocks of lume on MB&F, Bamford Watch Department and whoever else needs a nightlight on their wrist.

Sometimes it’s practical, sometimes it’s more of a design statement, but one thing’s for sure: the future of lume is bright.