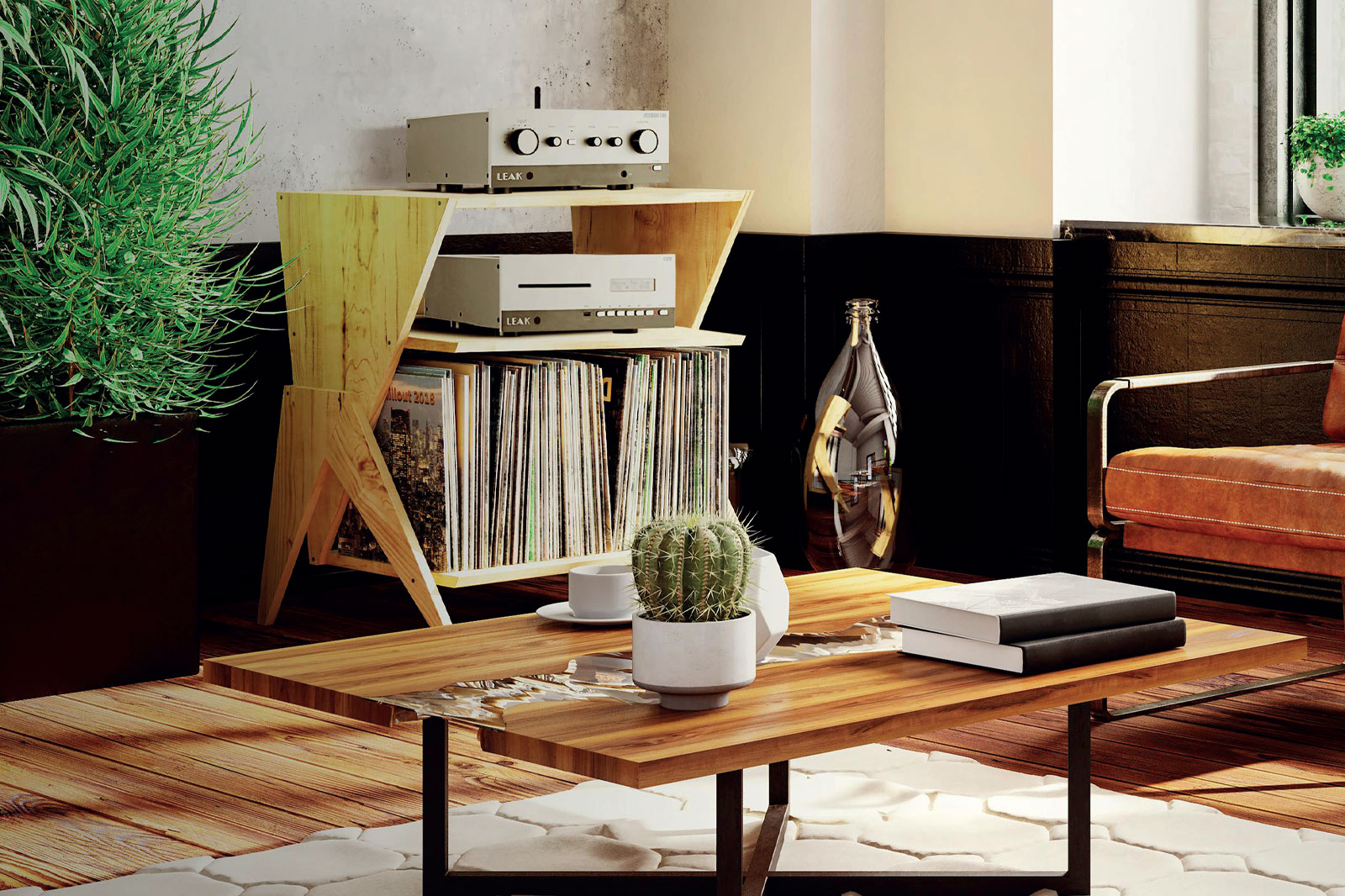 Over the last year, music has kept me sane. Working from home is mind-numbing, but at least it’s given me a chance to appreciate some classic vinyl I’d been neglecting in the corner. The funny thing is that despite gathering dust, they sound as good today as they did when I first bought them most of a decade ago. In short, they’re futureproof – so if like me you’ve revisited your collection, you probably want a system that’s as long-lasting as your vinyl.

Buying a sound-system however is like buying a fine watch. You could pay as little as possible, overlooking the shoddy quality and fleeting lifespan of cheap, mass-produced tat (built-in redundancy included). Or you can invest in something which will not only sound like bliss to the eardrums now, but will keep your vinyl sounding just as spectacular for years to come. No matter how much dust it collects. 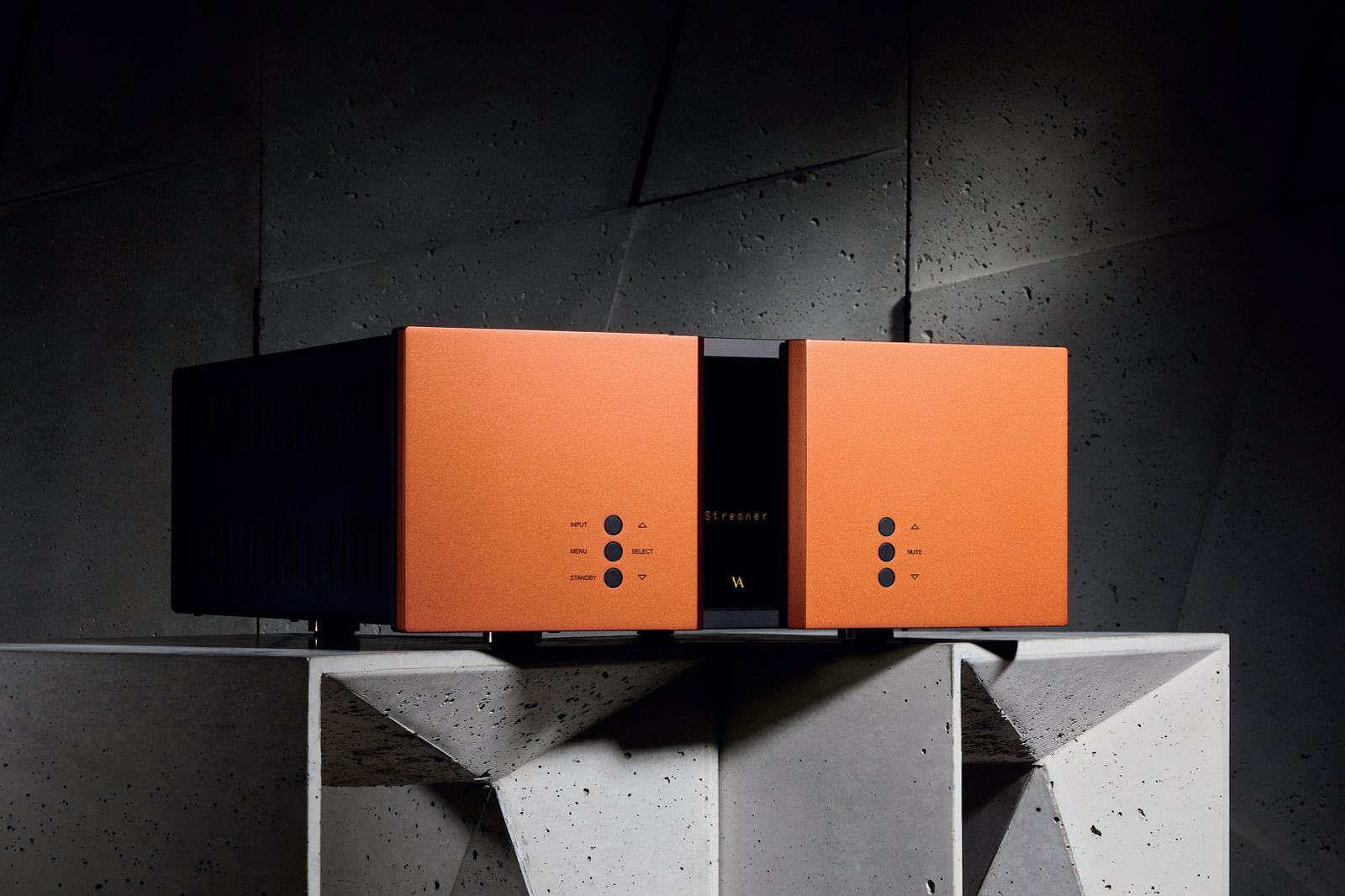 This may be the ‘entry’ level for Vitus Audio but don’t let that fool you; the Danish brand starts at incredible and goes from there. This second-generation integrated amplifier is just the beginning of what they do – and, fittingly enough, makes a serious starting point around which to build your own system.

Sure, it’s a fantastic amp in and of itself, but the RI-101 comes into its own when you begin to add a phonostage, DAC or headamp – whatever your system needs. For once, it’s also an amplifier that goes beyond the standard box filled with wires. The two distinctive orange frontages (a custom finish) separated by a sleek screen makes for a wonderfully eye-catching, yet no less ear-pleasing, core to your system. 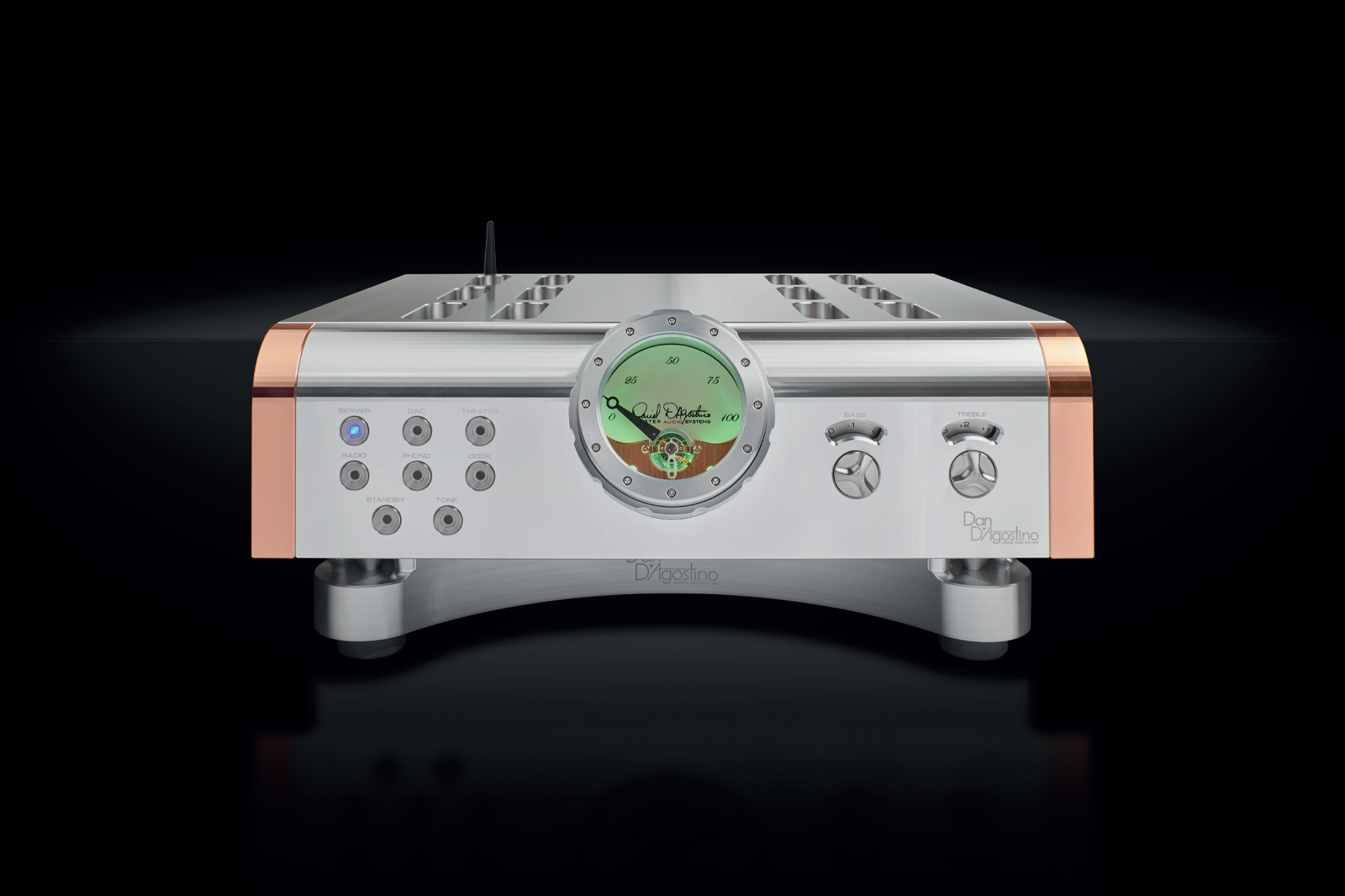 A solid preamp does more to a system than you might imagine and this steampunk styled number from industry vet Dan D’Agostino is virtually heavy metal. In his own brand the ex-Krell designer has taken his creations to the next level – and in his latest preamp Progression is more than just a name. The base model is analogue, but can include an additional digital module. With a fully differential DAC to handle PCM signals up to 24 bit/284 Khz – in short, make the most of your digital output – the Progression Preamp offers the timeless warmth and depth of valve amps without the hassle. It’s a prestige piece of equipment in every sense. 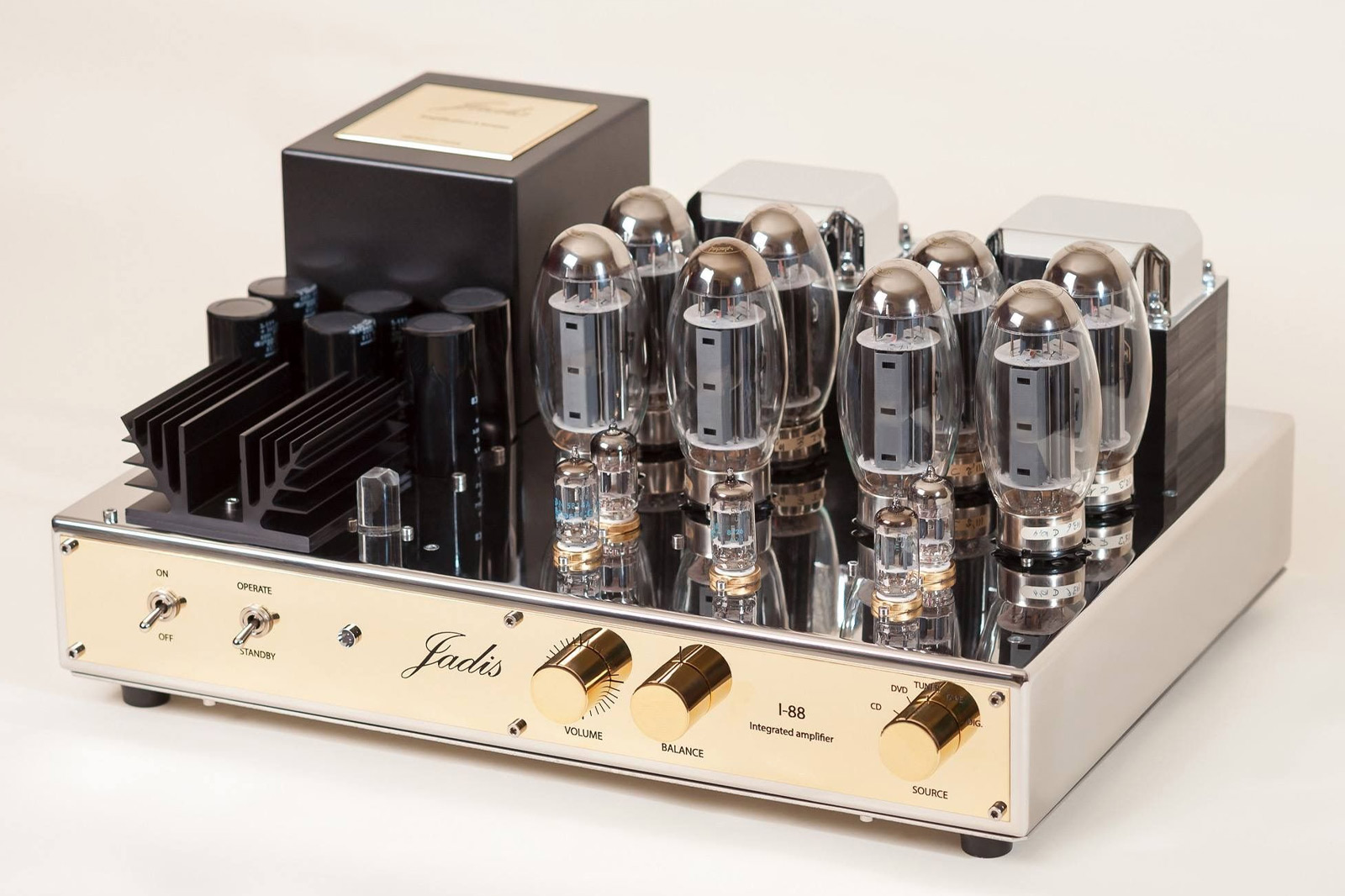 Just as vinyl, classic cars and indeed watches have survived – and thrived – despite new technology, valve amps too have that same retro, slightly archaic charm. Combined, of course, with the kind of New York style loft cool that comes with oversized filament lightbulbs. Enter the I88 from French manufacturer Jadis. The amalgam of chrome and glowing glass is the brand’s latest integrated amp, complete with a new type of valve and the beautifully warm sound that’s kept the (some might say) outdated technology relevant today. 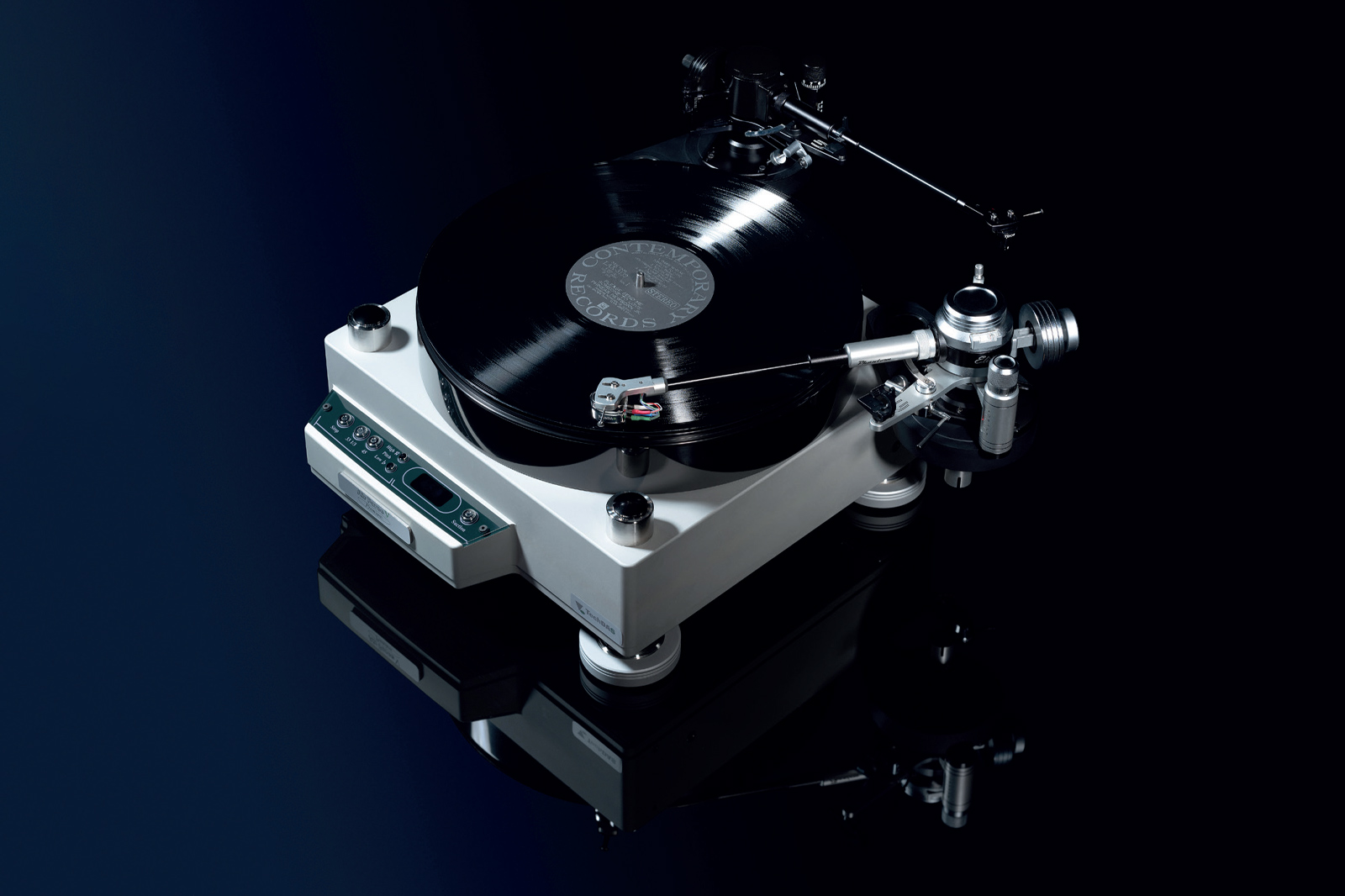 High mass platters floating on cushions of air, silent vacuum pumps that ensure the vinyl clings to the platter, TechDAS turntables have distinguished themselves with enough superlatives to seem over the top. They are however worth the hype – and rather worrying price tag. The Air Force V thankfully is the most affordable of the bunch, which still means it’s a seriously premium player, but given the tech I’ve already run down, what do you expect? If the answer is an unparalleled level of background blackness and state-of-the-art analogue sound then you are correct. Well done! You deserve a new record player. 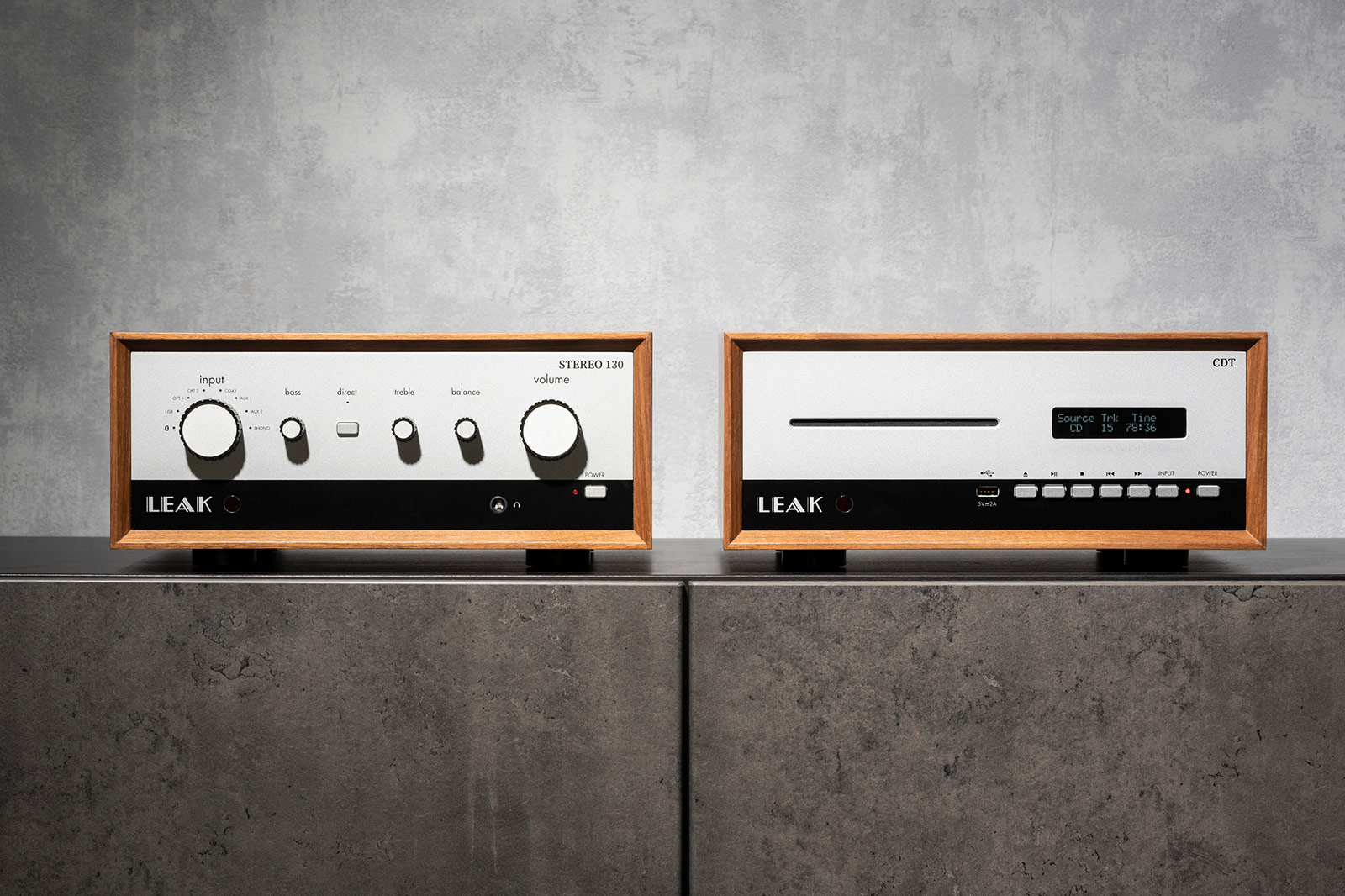 The fact that Jimmi Hendrix owned a Leak amp should go some way to explaining the longevity of the British brand and the iconic status of the original Stereo 30. While the latest in that particular pedigree line might look like an almost inch-perfect replica, the 1 on the front makes a big difference. Sure, the look is pure 60s, but the circuitry inside is completely up to date and ready for any input you care to put through it. In fact, it has the digital performance of a standalone D/A converted, all housed in the same, enduring design that Hendrix favoured. 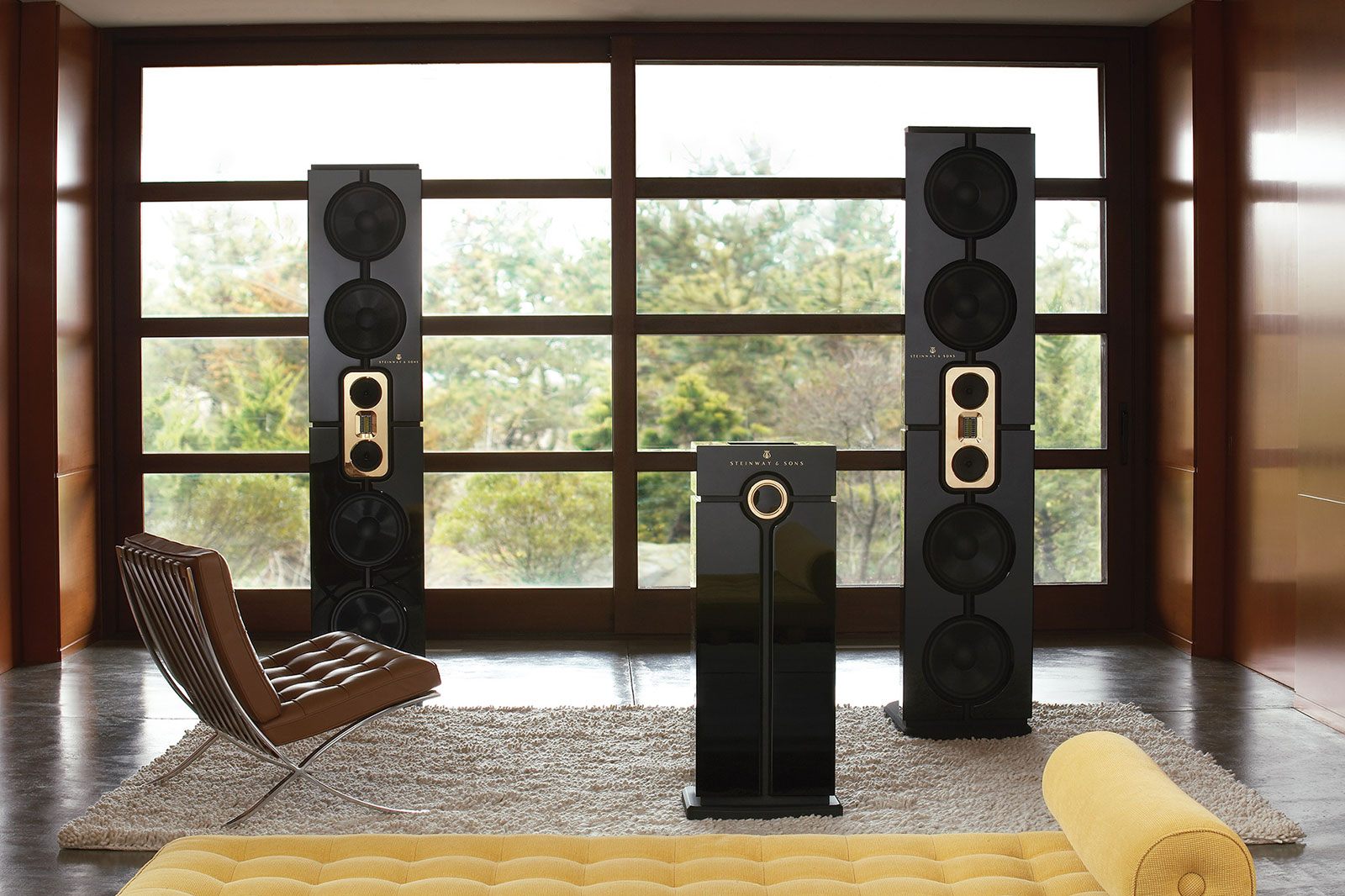 If you’ve heard the Steinway name before, it’s not just a coincidence. The concept behind Steinway Lyngdorf was originally to reproduce the sound of a Steinway & Sons piano so exactly that seasoned pianists couldn’t tell the difference. Ambitious barely cuts the surface and the philosophy has led to some stunning sound systems – case in point, the Model D. Steinway Lyngdorf’s flagship, freestanding dipole speaker is a masterstroke. It does away with the usual, acoustically constricting cabinet, instead firing sound front and back. The result is a soundstage imitating the naturalistic timbre of a grand piano, with no resonance or colouration. The fact that the speakers look stunning helps too, of course. 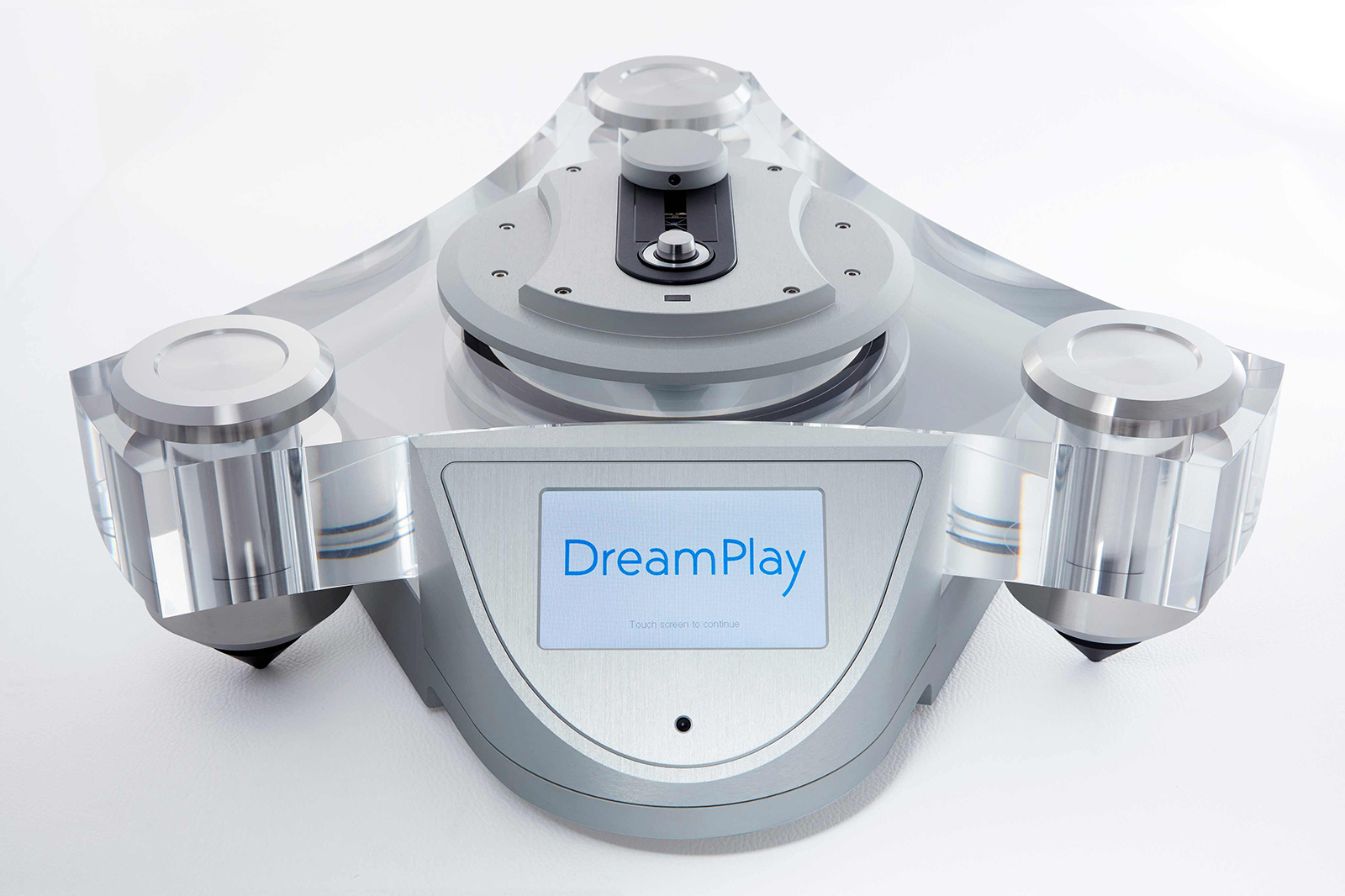 Vinyl is better than CD. That’s a fact. But that doesn’t mean your CD collection should be sent to landfill quite yet, particularly when this phenomenal player from Kalista – the top-end echelon of French audio specialist Métronome Technologie – offers quality on par with a great record set-up. In fact, looks wise it could pass for a downsized record player in its turntable style. Paired with a triangular base that screams retro futurism and you have a quirky yet impeccable way to make the most of your CDs. Kalista do also do vinyl players in the same aesthetic vein, but we’ve yet to come across a CD player quite like this. 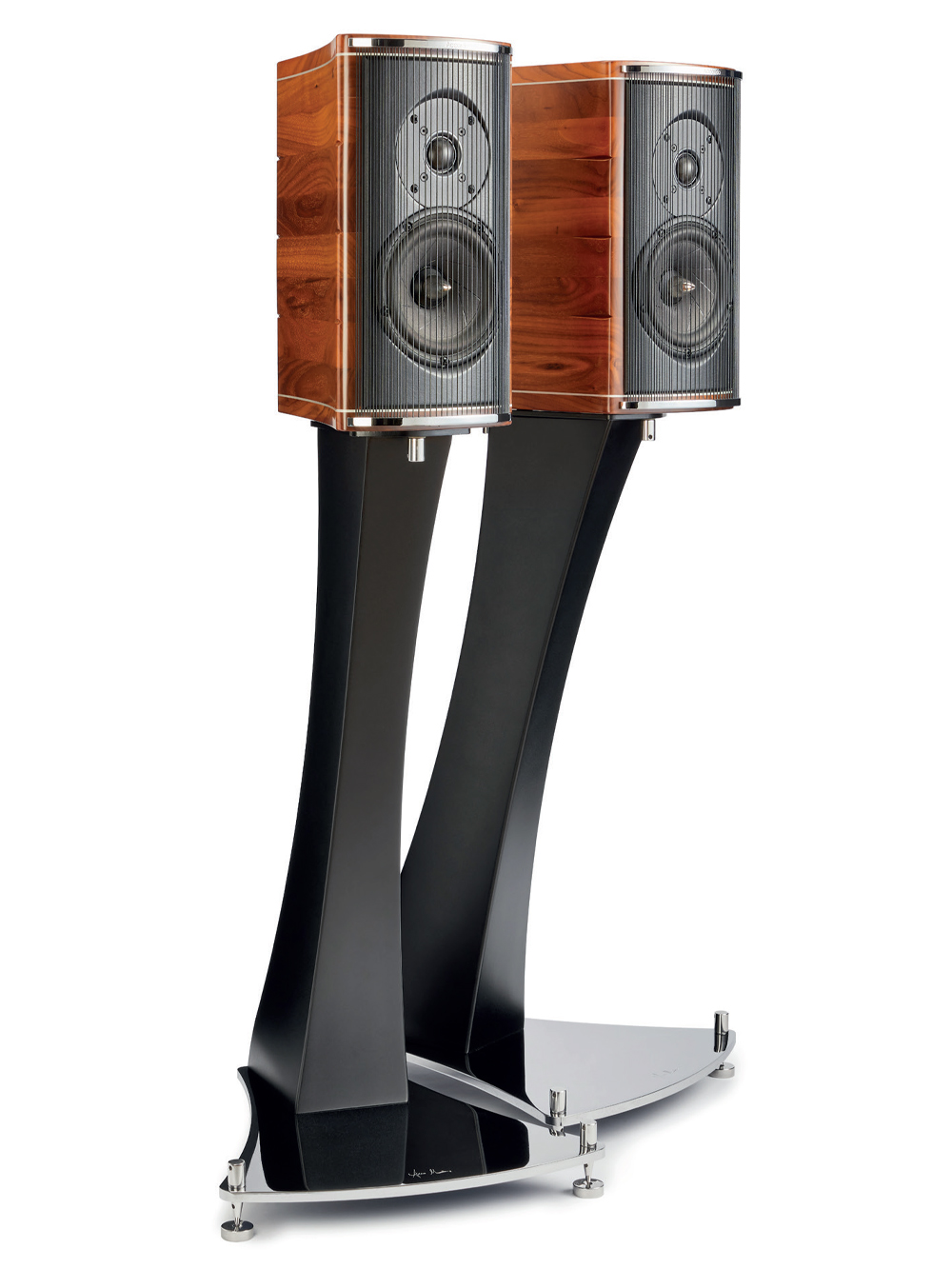 Looking for a similar slice of Italian flair but with a far more impressive aural impact? Look no further than Franco Serblin. If you’re seeing some similarities between these magnificent Accordo speakers and the Sonus Faber designs of old, you’re not crazy. Serblin founded Sonus Faber in the 80s before splitting off to do his own thing in the early 2000s.

The man himself may have since passed, but his eponymous brand has all the same audiophile swagger. To call these smaller Accordo speakers ‘bookshelf’ would be to do them a disservice, and not only because even the standmount is a work of art. They sonically punch well above their weight and, as Serblin himself puts it, have WA sound, a voice capable of reaching the depths of the soul”. Sheer poetry. 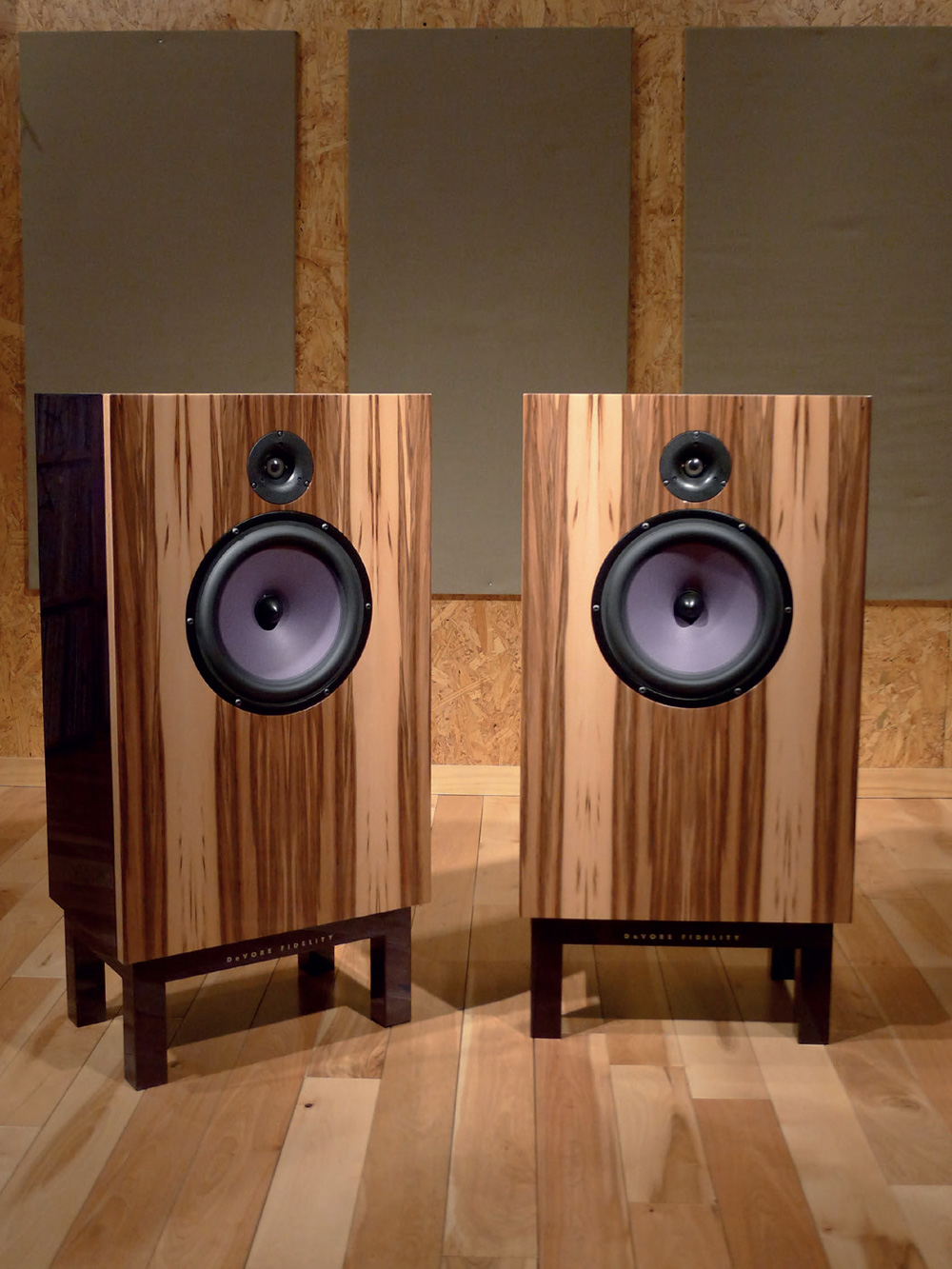 Rather than scour the world looking for the finest, hand-crafted audio fare around, we’re happy to lean on an expert. UK distributor Absolute Sounds’ Ten concept is just that: a collection of pieces from artisan makers you’ve probably never heard of. In focus for this piece is NYC-based DeVore which has the kind of charm you just don’t get from proper factories, no matter how niche. They’re not just worth investing in for their character either; if you opt for a low-power valve amp like a true audiophile hipster, these are the ultimate partner thanks to their sensitivity. Well, what do you expect? DeVore is from Brooklyn. 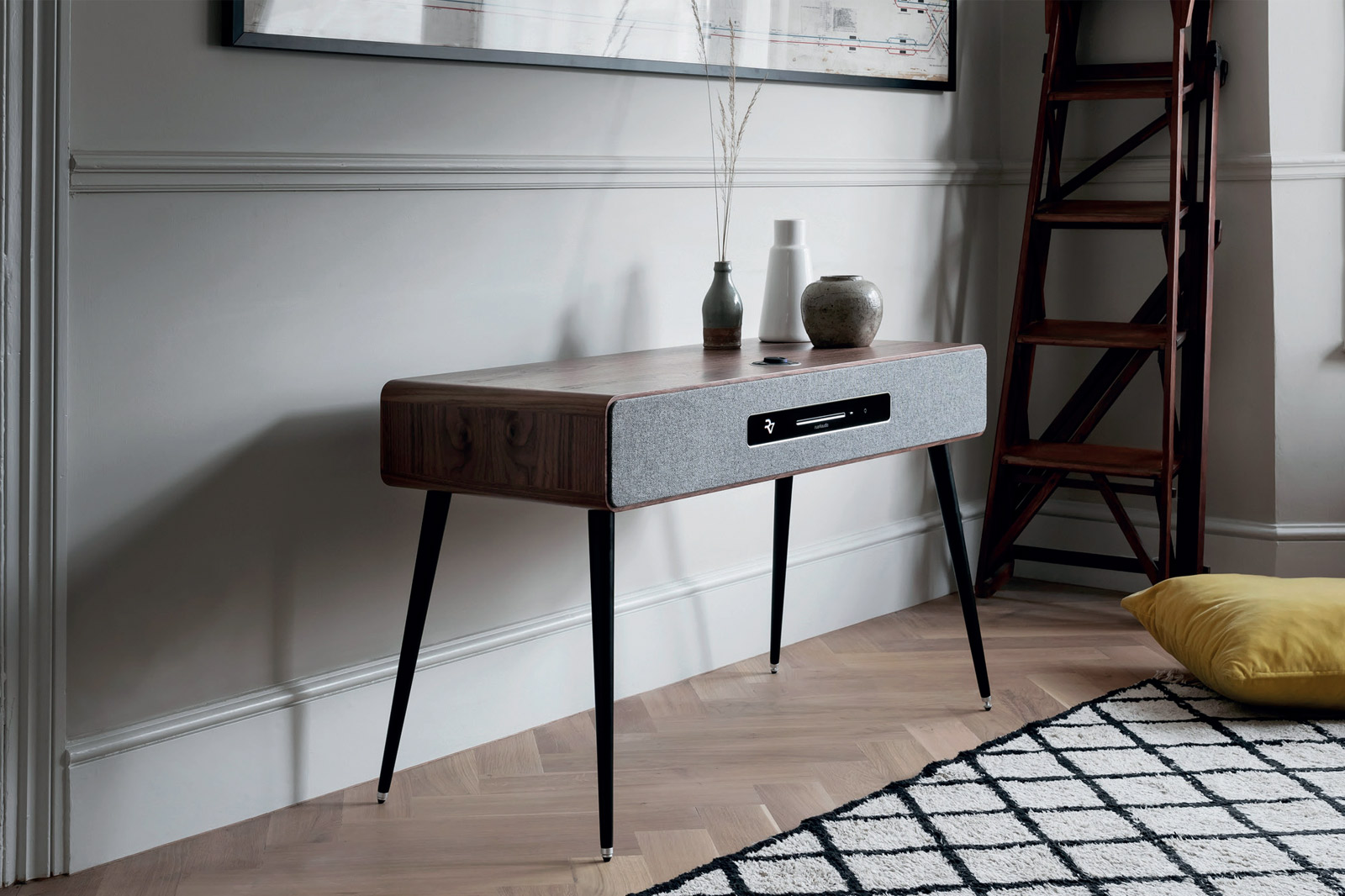 Get your rose-tinted glasses on for this one because it’s a nostalgic beauty. Evoking the radiograms of our grandparents era, this table-come-radio system is a throwback in the best possible way, right down to the RotoDial control on the top. Even if you don’t listen to the radio all that often – honestly, we don’t either – it works as a streaming device, high-spec CD player and one hell of a handsome sideboard, too. The entire thing is adjustable to your preferences, multi-room ready and, most importantly of all, offers sound that’s decidedly un-vintage, proof that you can teach old dogs new tricks. If you built them from the ground up, anyway. 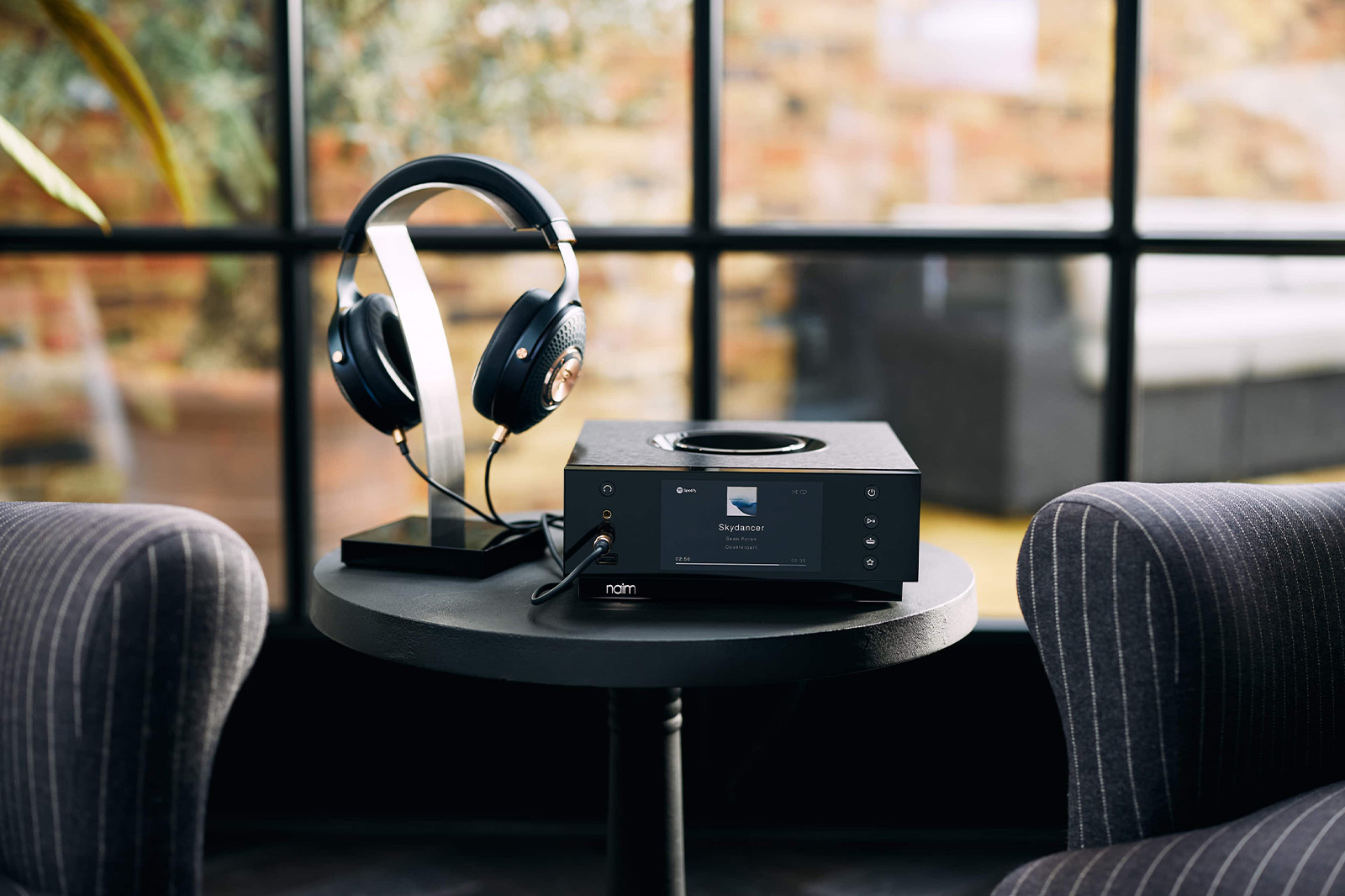 Atom Headphone Edition Headphones are a necessity for anyone looking to keep the peace in their home while making the most of their music collection. Not everyone appreciates 60s Catholic Psychedelic Synth Folk as much as they should. So, rather than settle for plugging your over-ears into any old socket, instead go for something a little more specialist.

Based on Naim’s Uniti all-in-one systems, the new addition to the range forgoes amplifier slots for loudspeakers in favour of a headphone focused, streamlined approach. Speaking of streaming, its wireless capabilities are in-line with the rest of the range – i.e. exceptional, in large part thanks to the Naim app. Otherwise, it works as both an amplifier and pre-amp and is multi-room capable. There’s not much the Uniti Atom Headphone Edition can’t do. Within the realm of headphones, obviously. 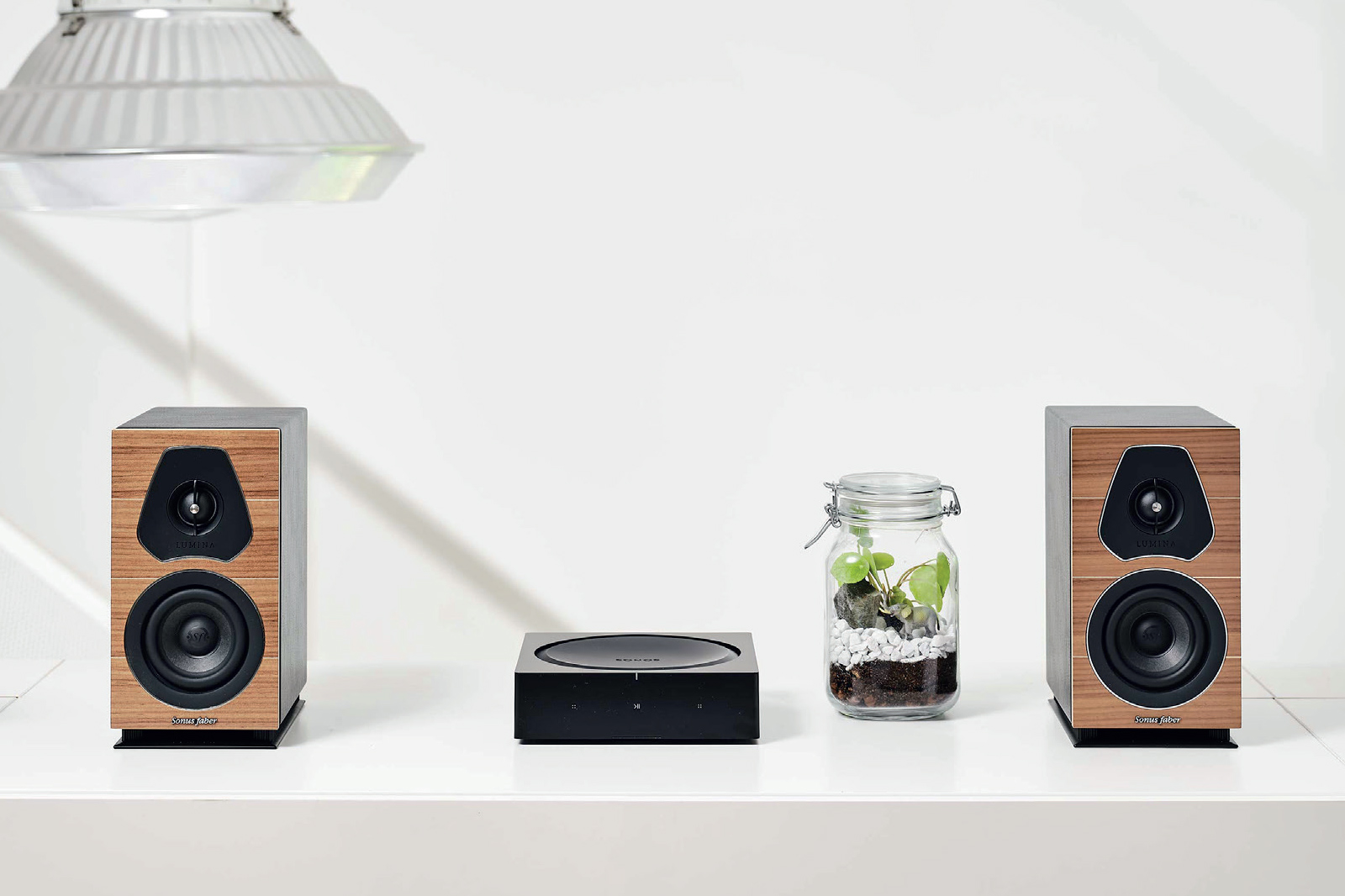 Speakers from this Italian studio have been likened to Stradivarius violins before in their breathtaking cabinetry blurring the lines between audio equipment and sculpture. Their latest bookshelf speakers though are a good deal more streamlined. The Lumina Is are still exquisite of course – this is still Sonus Faber – but the smaller, more compact scale makes them a little better suited to everyday life. As ever the emphasis is on materials, with multilayer wood, leather and finishing worthy of a fine watch atelier. They may be the most compact high-end passive loudspeakers in around, but they’re heavyweights in sound quality – just without the intense price tag of the full-sized, flagship sonus faber range. In fact, they’re downright affordable.

Bring It All Together 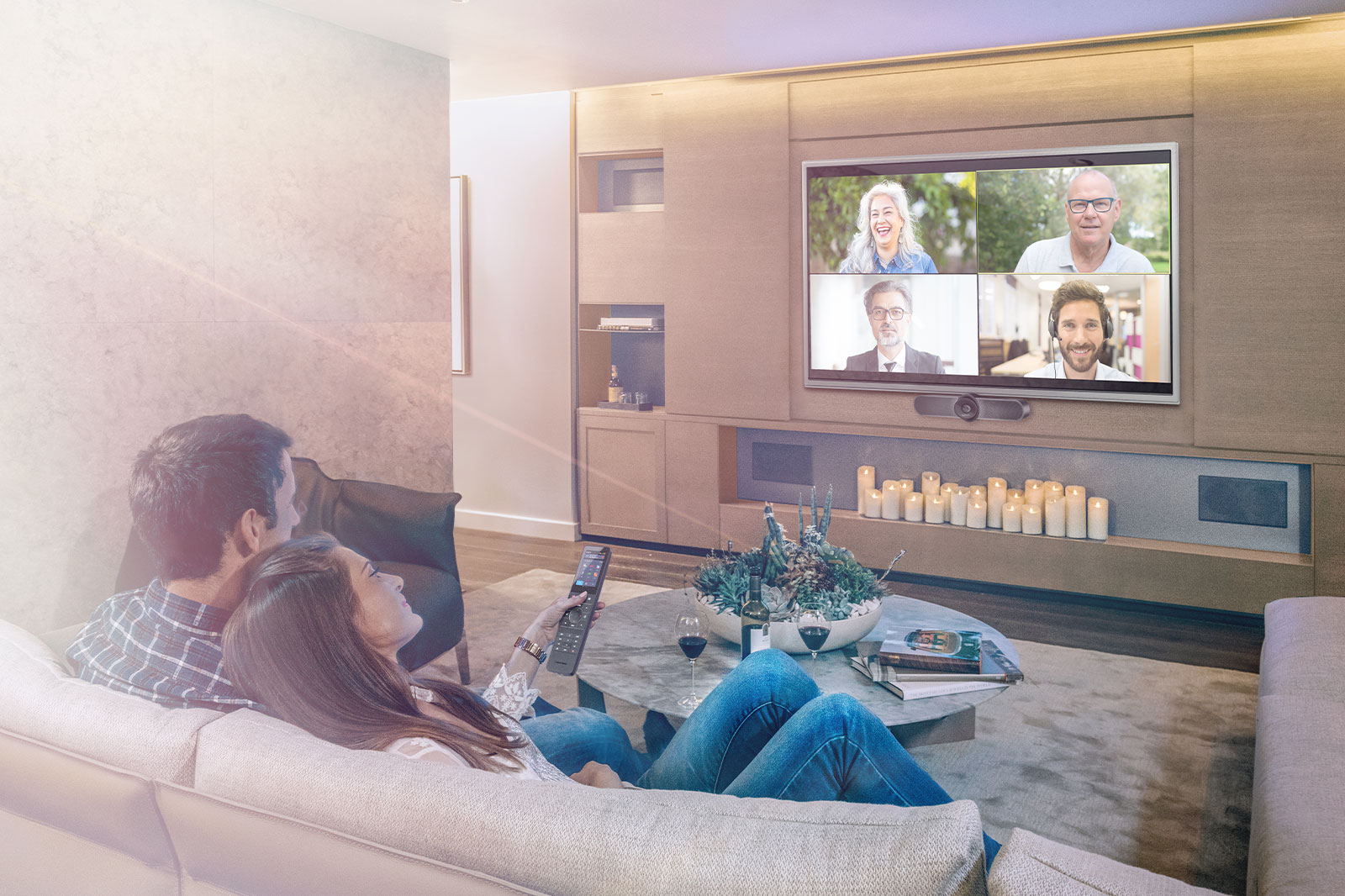 So far we have disparate pieces of equipment – various amps, speakers and players – that, while they work together nicely, take a bit of work to get up and running. Well, unless that is you link them all together with a solid, intuitive smart home system a la integration specialists Crestron.

On the one hand it connects your entire home so that every speaker in the house can get the most out of your players, but perhaps more importantly for true audiophiles, it allows you to warm your high-end setup so that, by the time you sit down to listen, it’s just perfect. It also means that you don’t need a separate remote for each piece of equipment, which can be a godsend; we’ve all lost one of two of them in the past. As the system is fully updatable, you’ll never need to find them again either.

Find out more at Crestron.

Combining studio quality sound with a design suitable for the home, ProAc’s K6 Signature speaker is...

A guide to the players, amplifiers and speakers you need to build the perfect hi-fi sound system.