Home Culture The Best Destinations for the British Staycationer

Every year over four million travellers head to the shores of Britain for our mighty castles, confounding cathedrals, gaping greenery and cosy villages – but as a nation, we can sometimes forget what we have right on our doorsteps. So while we’re temporarily restricted in overseas adventures, here are some of England’s finest coastal retreats for a peaceful bolthole escape. 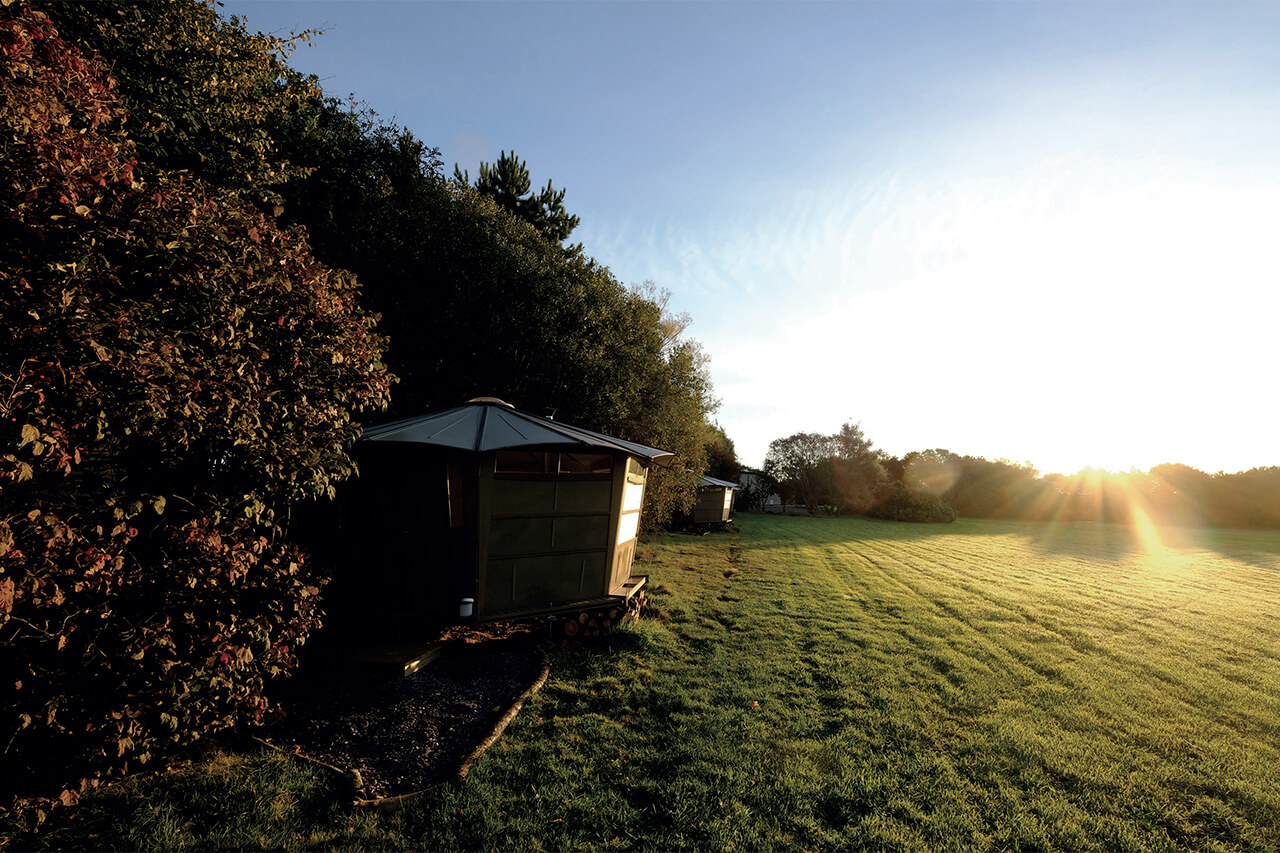 Nestled between trees and wildflowers, Hide at St Donats is a cosy glamping retreat set along the Glamorgan Heritage Coastline in Llantwit Major – a Welsh town bursting at the seams with medieval history from its maze of long and winding Tudor streets to Iron Age hill forts. Spread across seven acres at the Tresillian Wood; space is plentiful, with hippy cabins dotted sparsely around where you can wrap up in woollen blankets, light a rustic wood burner and peel away the ceiling panel as you gaze up at a sky drowned in stars. 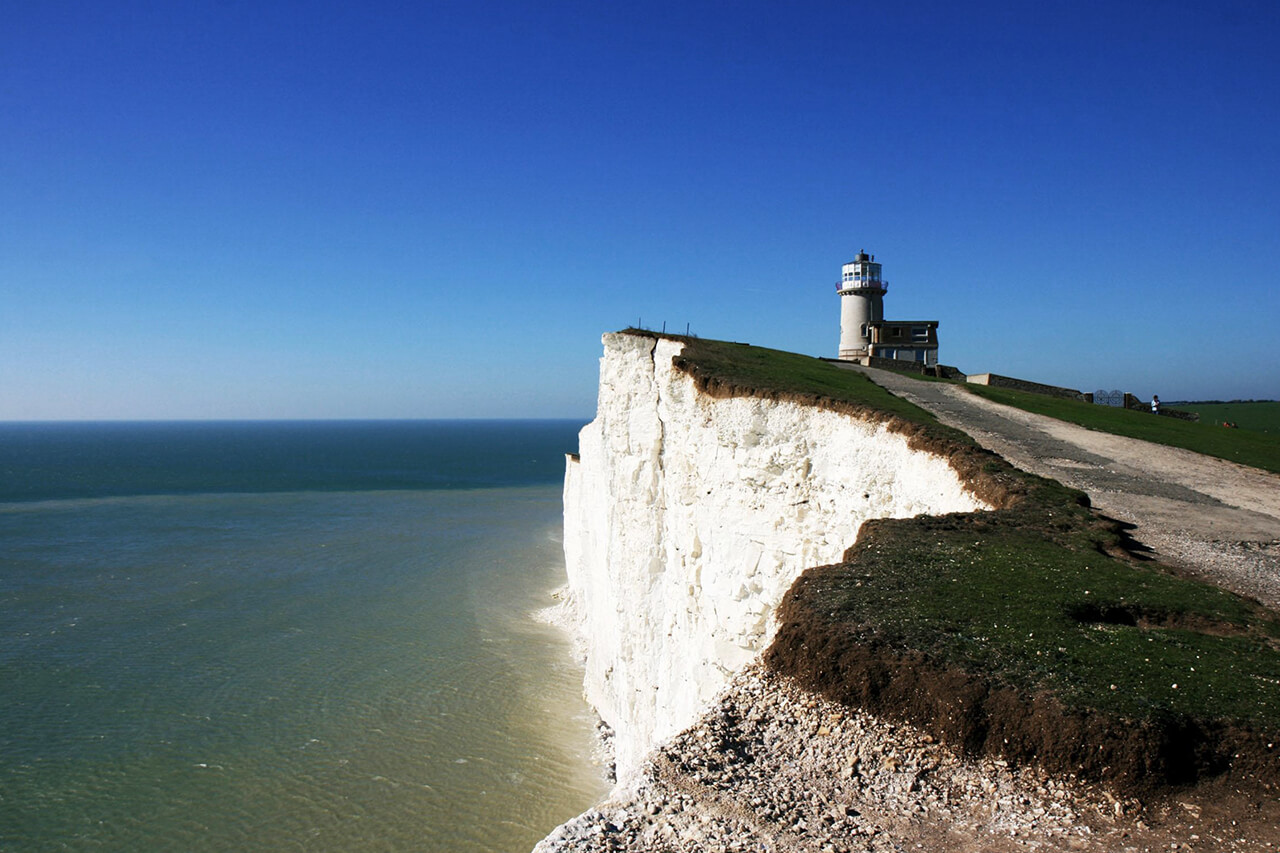 This grand 19th-century lighthouse stands tall on the edge of England’s South Coast, offering 360-degree panoramic views over the mystifying Seven Sisters and the South Downs that spill into the English Channel. It is perhaps the most famous lighthouse in Britain from its Stone Age occupancy to Roman farming and its ownership by the BBC as the base for The Life and Loves of a She-Devil. Spend your days at Belle Tout gazing through telescopes in the Lantern Room as sailing ships pass by the crumbling cliffs of Beachy Head and set off down the winding river to Cuckmere Haven. 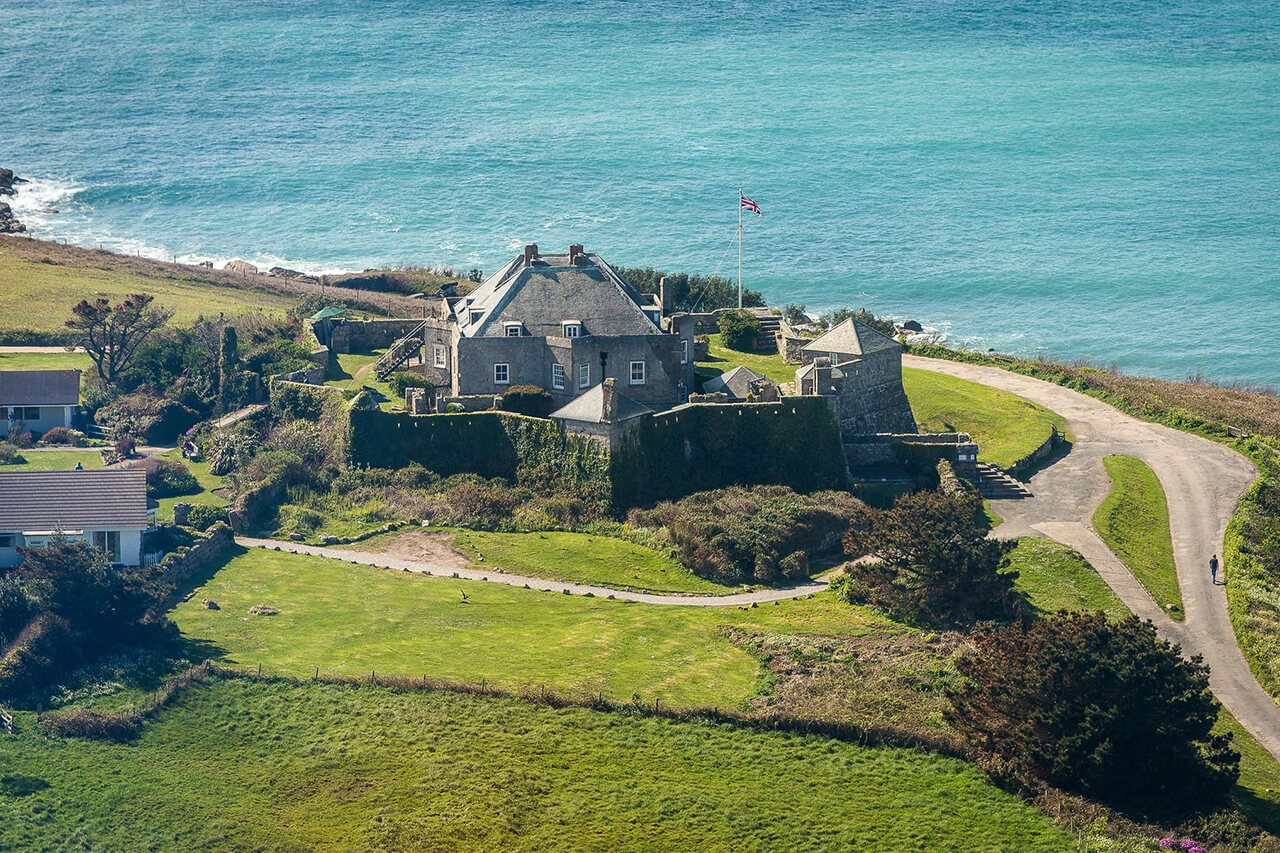 Shaped like a giant eight-point star, the Star Castle was built by Elizabeth I in 1593, set within four acres of tropical gardens that command stunning views of the Celtic sea from its turrets and ramparts. Perched on St Mary’s, it’s crooked, tilting rooms are completed with Jacobean chairs, four-poster beds and a striking collection of Persian rugs. Dine at the converted officer’s mess and nibble on daily caught lobster with a glass of chilled Chardonnay from Holy Vale vineyard. Or surf down to the Dungeon Bar where you can hunt through maps and charts of the castle and set off on a Calypso boat trip with the hotel’s resident boatman to Hell Bay: notorious for its shipwrecks. 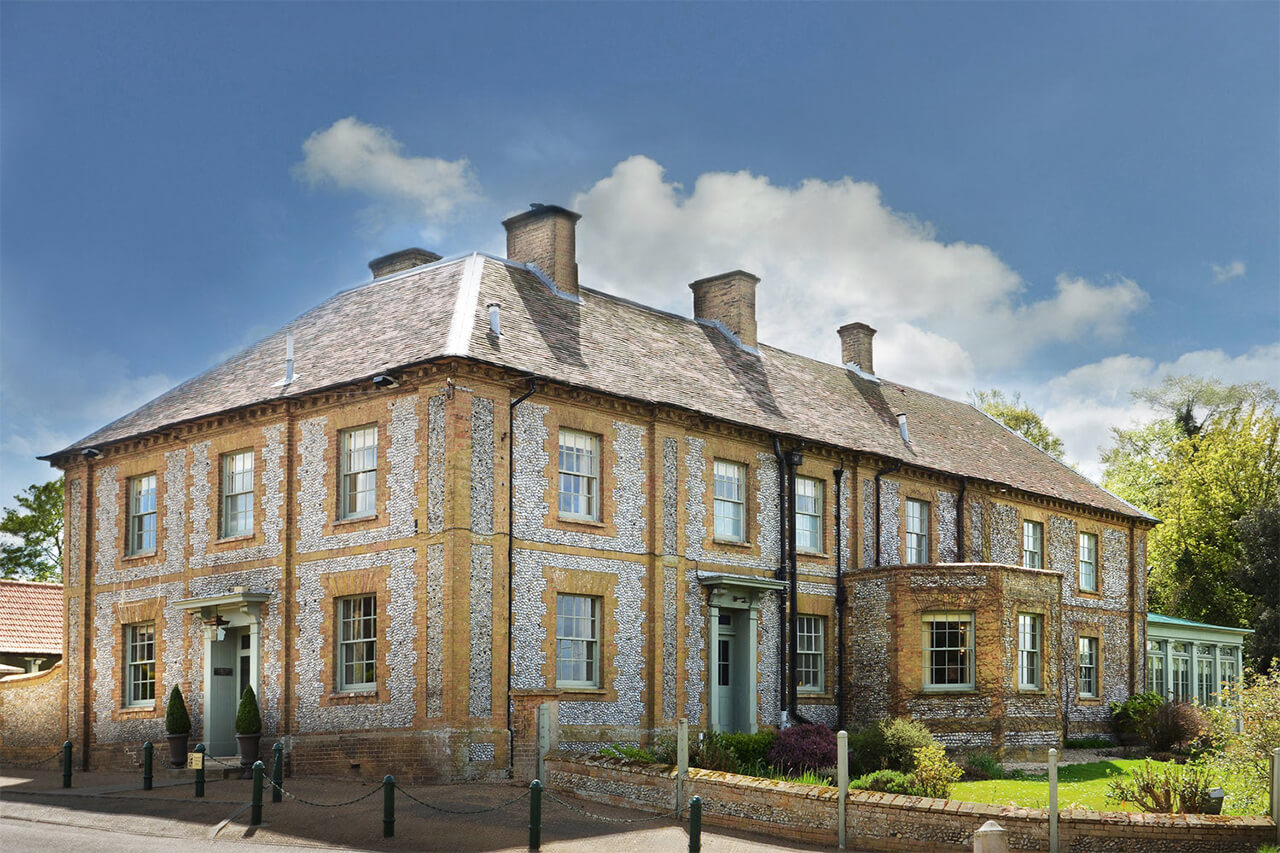 Dating back almost 200 years, The Victoria Inn is a stunning 19th-century bolthole sat on the windswept Norfolk coast, just a stone’s throw from Holkham beach. Saunter along the sandy dunes as riders gallop past you across the bay and hike through the pine woods on this 3,000-acre estate. Birdwatchers will marvel at the rare butterflies and orchid valleys that surround the Holkham National Nature Reserve, and as the night draws in, cosy up on wing chairs in the snug drawing room with the temptation of tweed-suited waiters waltzing around with a selection of complimentary nightcaps. 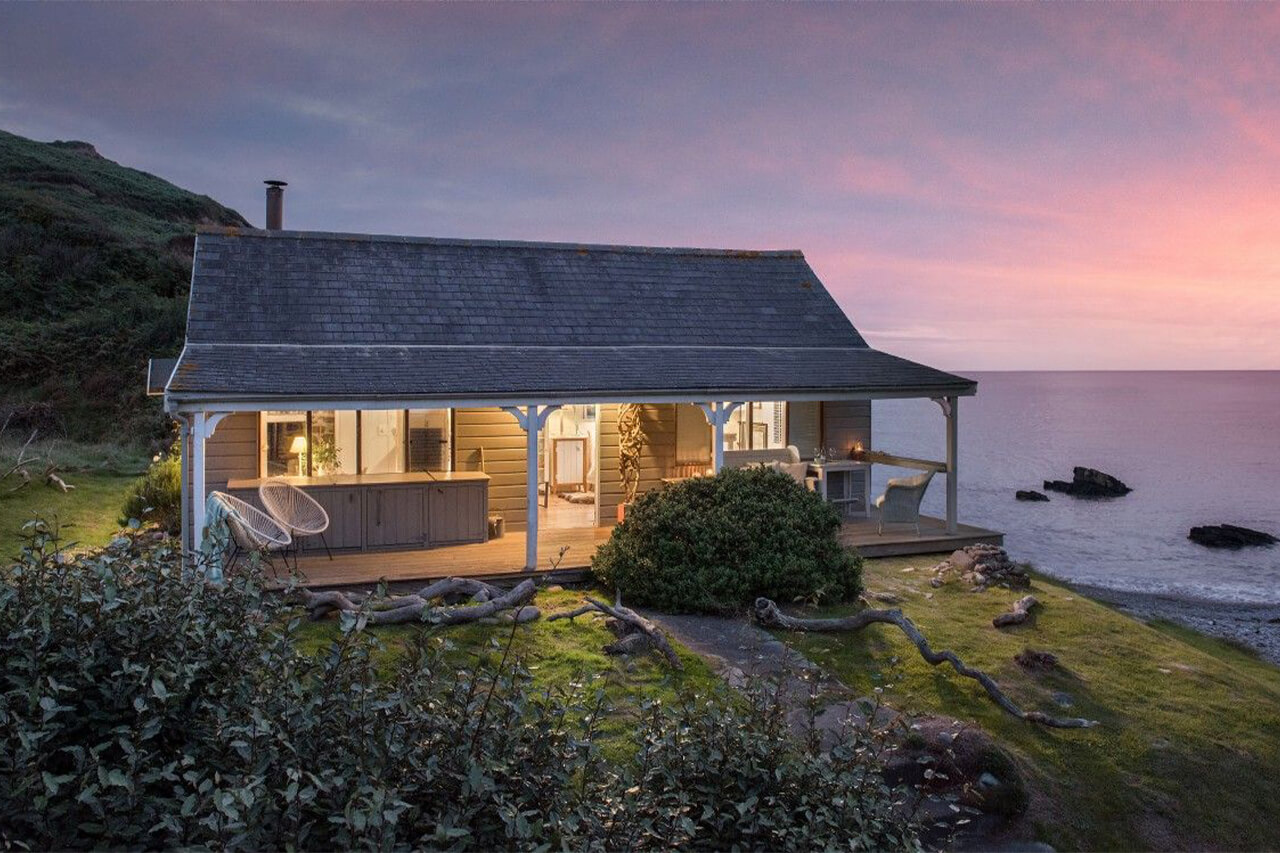 Bearing all the charm of the roaring twenties, this chic hideaway is hidden on Widemouth Bay on the north coast of Cornwall. Converted from a 1920’s tearoom, The Beach Hut sits on top of a small emerald hill at the edge of its own private pebble beach with striking views over the rocky reefs of Millook. Surf the waves and return to the warmth of a log burner, with a prosecco hamper waiting on cue and a gentle breeze swaying over the bed draped in faux-fur throws. 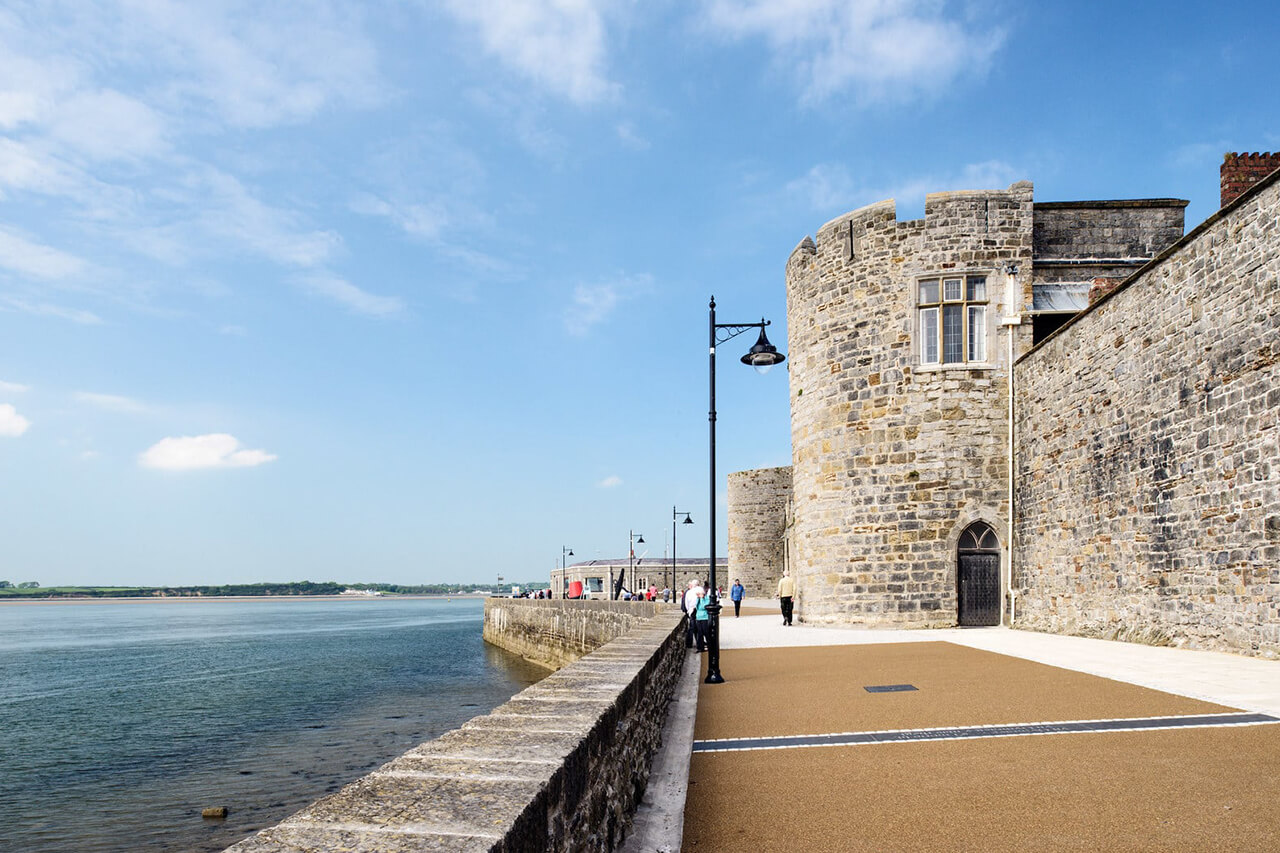 With spectacular views across the Menai Strait, Bath Tower sits on the town walls of Caernarfon, built by Edward I in the late 13th century to defend Gwynedd’s capital. Follow a spiral staircase that leads the way up to a sandstone tower, past stained-glass windows, and perch on your turret balcony as you gawp at the breathtaking views over the waters while pelicans swoop down.

More details at The Landmark Trust. 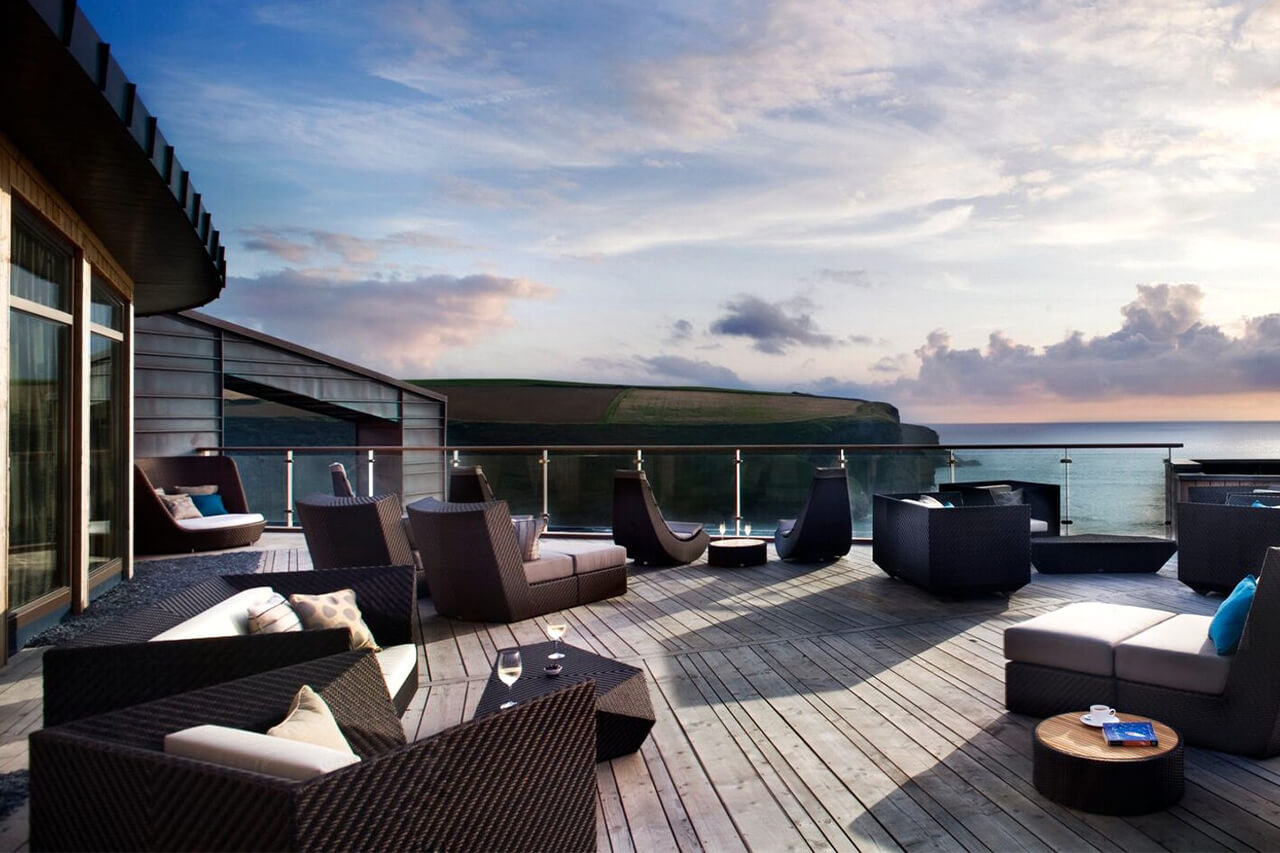 The ultimate detox dwelling, The Scarlet is an adults-only, eco-conscious retreat, tucked away on the cliff tops of Mawgan Porth. It is renowned for its quirky Ayurvedic spa with tented treatment rooms lit by lanterns, cedar-barrel saunas and cushioned sailcloth pods suspended from the ceiling. Roofs are covered in sea thrift and infinity pools seem to spill out across the wide golden sands – plus two log-fired hot tubs that sit between boulders. Indulge in a seaweed wrap and head back to your Nordic-style room boasting under-floor heating, sateen sheets, freestanding oval baths, rain showers complete with Cornish aromatherapy toiletries and cosy terraces looking out onto Atlantic sunsets. Utter relaxation. 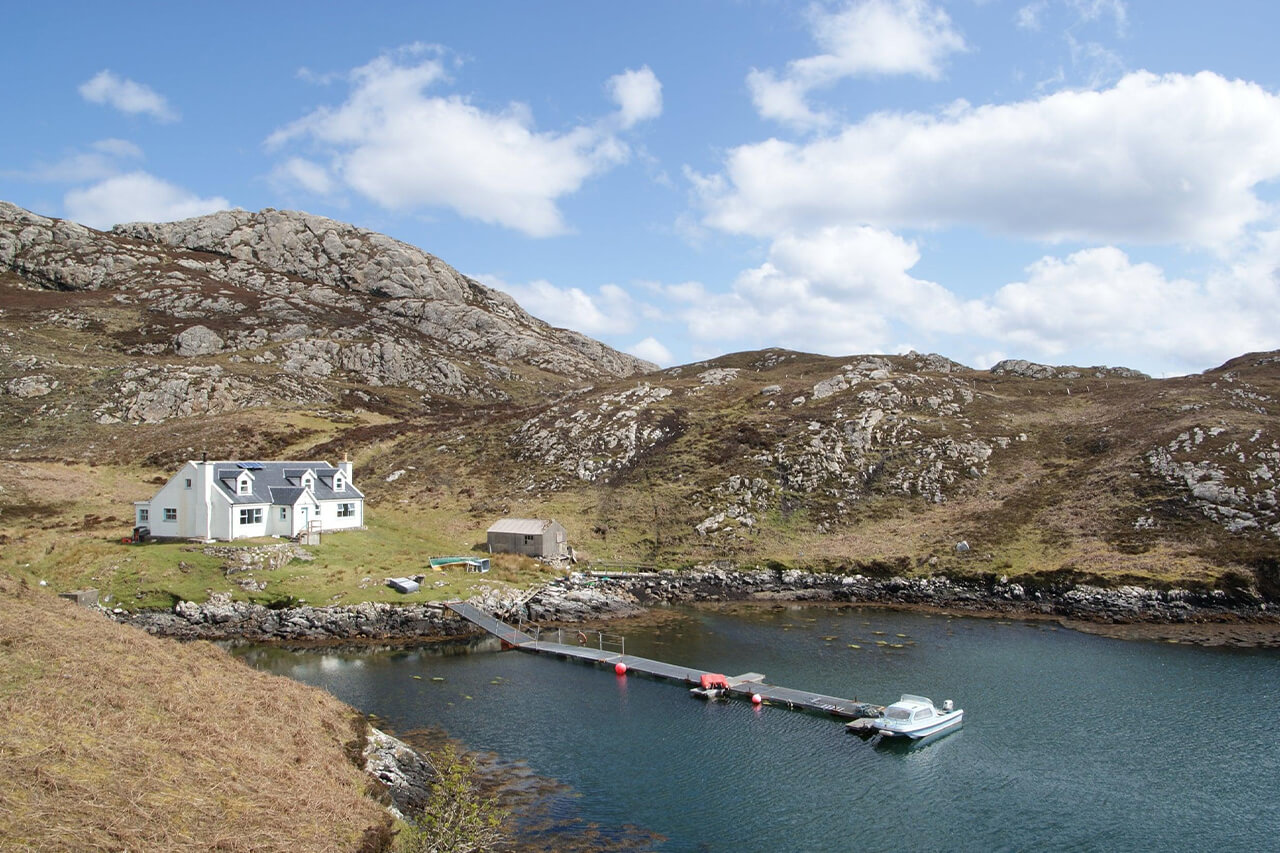 Hop on a sailing boat from Kallin Harbour and you’ll find Ronay Island – a private retreat in Scotland’s Outer Hebrides. With no neighbours in sight, you’ll befriend the local red deer, otters, porpoises, seals and birdlife from white-tailed eagles to sweeping falcons. Wander 1,400 acres of crags, gullies and pristine lochs for brown trout fishing, then kayak back to your cottage with potted lobsters and fresh mussels plucked straight from the rockface. It’s a proper adventure – get in touch directly so they can vet your pioneering spirit. 5 of the Best Luxury Train Journeys in the World