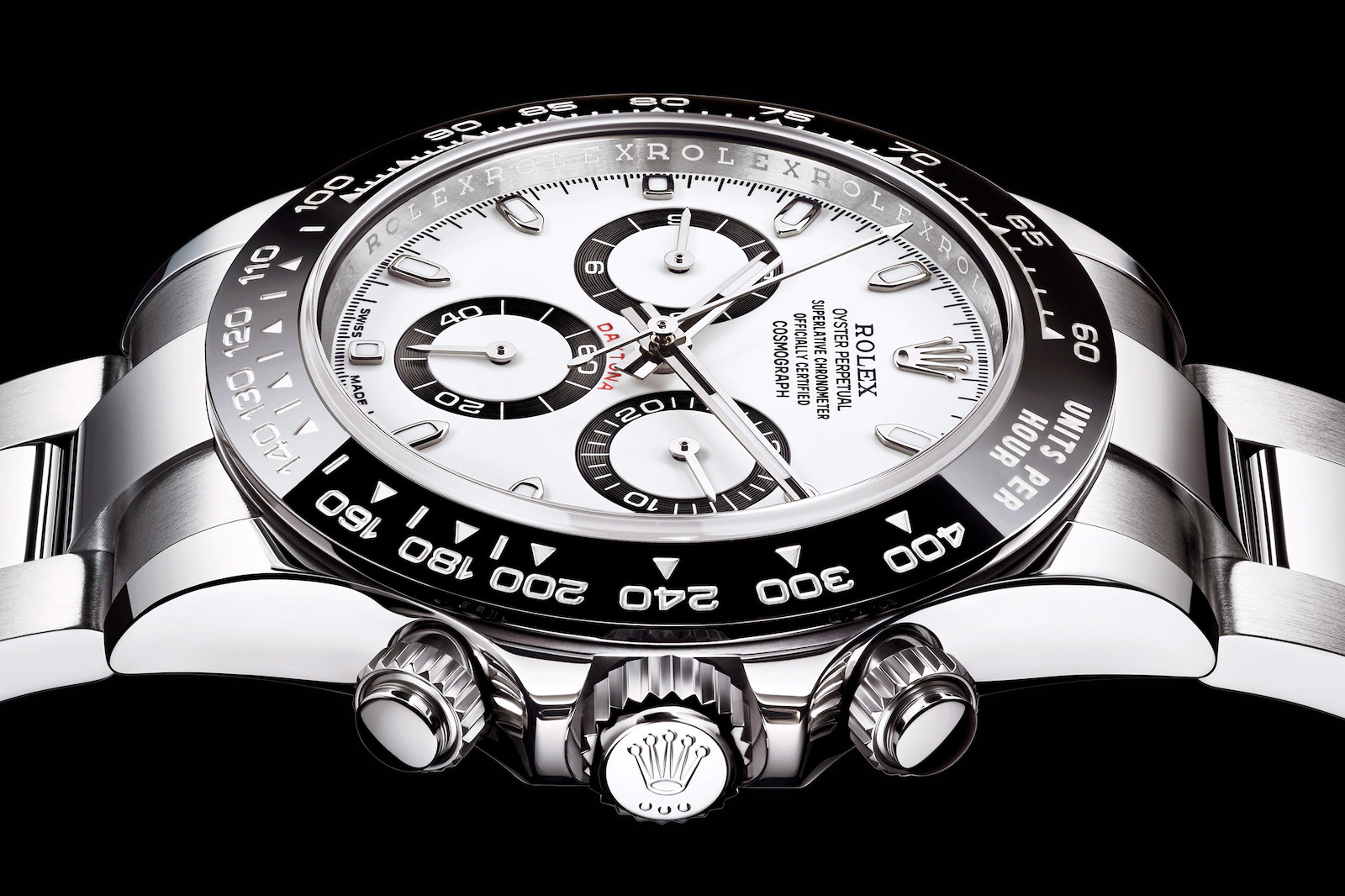 The Rolex Daytona is one of the most iconic watches ever made. That’s an indisputable fact. Even before Paul Newman shot it into the collectors’ stratosphere it was one of the most sought-after timepieces around and things haven’t changed. In fact, if anything they’ve gotten worse. Getting hold of a Daytona is a waiting game. But what if you didn’t have to wait and what if you didn’t have to hand over a small fortune? Well, here are the best affordable alternatives to the Rolex Daytona.

Yes, yes, none of these watches were on the wrist of a Hollywood icon of Mr Newman’s stature, but they’re all solid watches, some of which are iconic in their own rights. 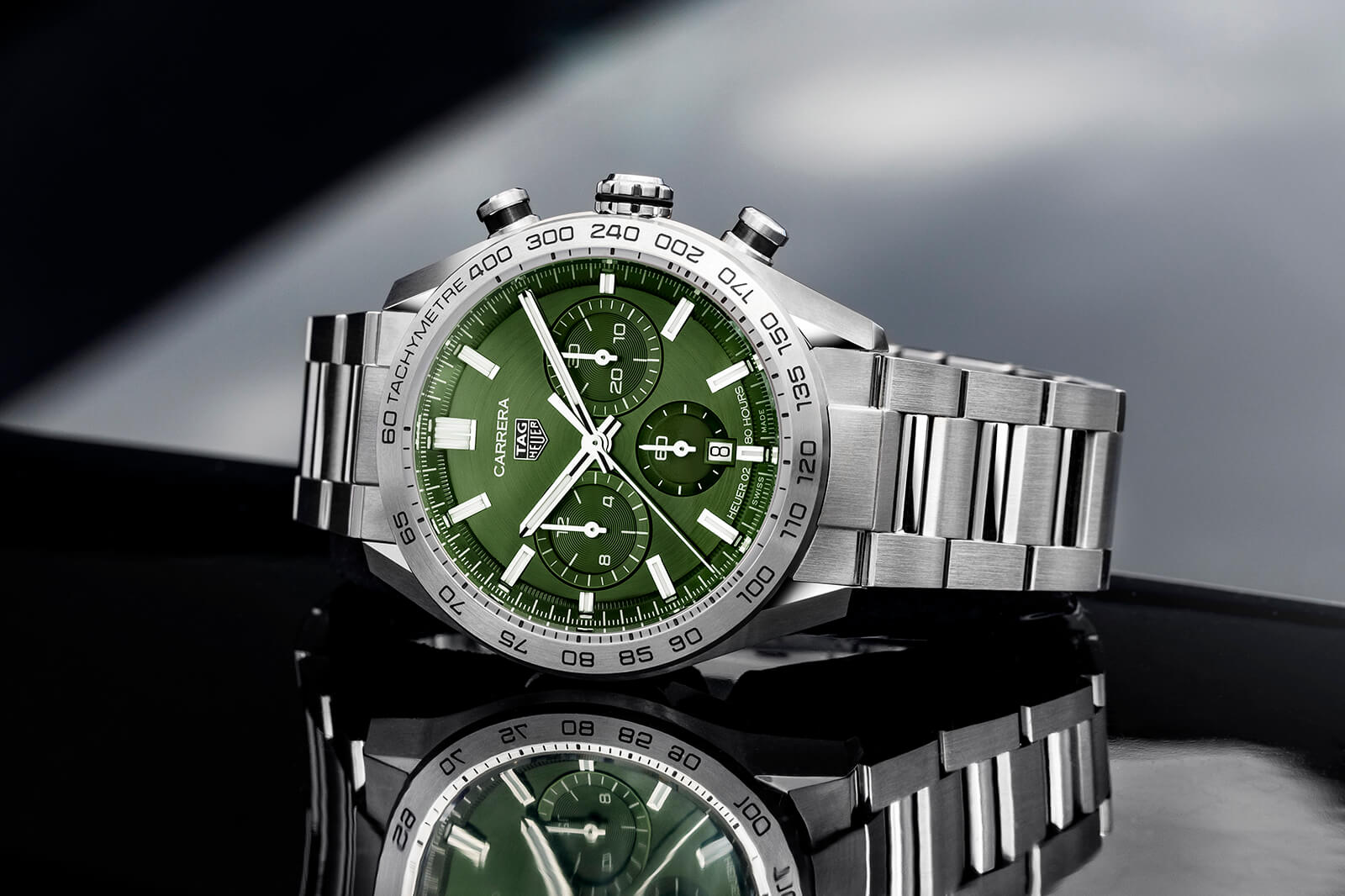 Let’s start with what is probably the Daytona’s closest competitor, at least thematically. Just like the Rolex, the Carrera Sport Chronograph was designed by TAG Heuer with professional racers in mind and just like the Rolex took a track’s name as its own. The difference is that this came first. The collection was updated with a slightly sportier look that comes from a slimmer bracelet and shorter lugs that make the watch more wearable despite its large 44mm diameter. 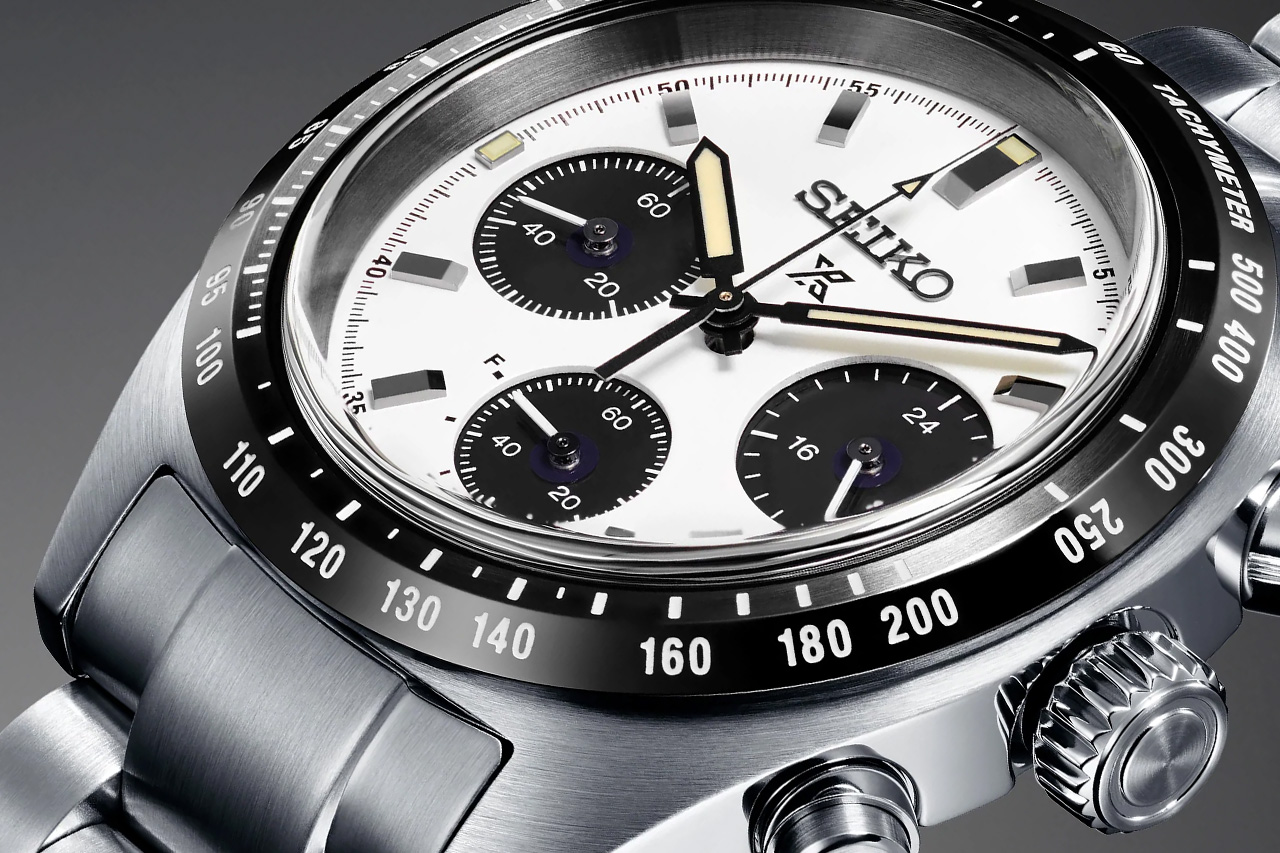 Another hyper affordable alternative to the Rolex Daytona is the Seiko Speedtimer 1969 Re-Creation. It’s tricompax layout in a panda colourway with tachymeter bezel screams Daytona. Which is perhaps unsurprising as the Speedtimer design was created in the same decade that the Daytona first debuted. However, the SSC813P1 is a modern re-creation of that vintage Seiko and has a few modern upgrades. Not least the solar quartz movement giving it extreme accuracy and a long lifespan. 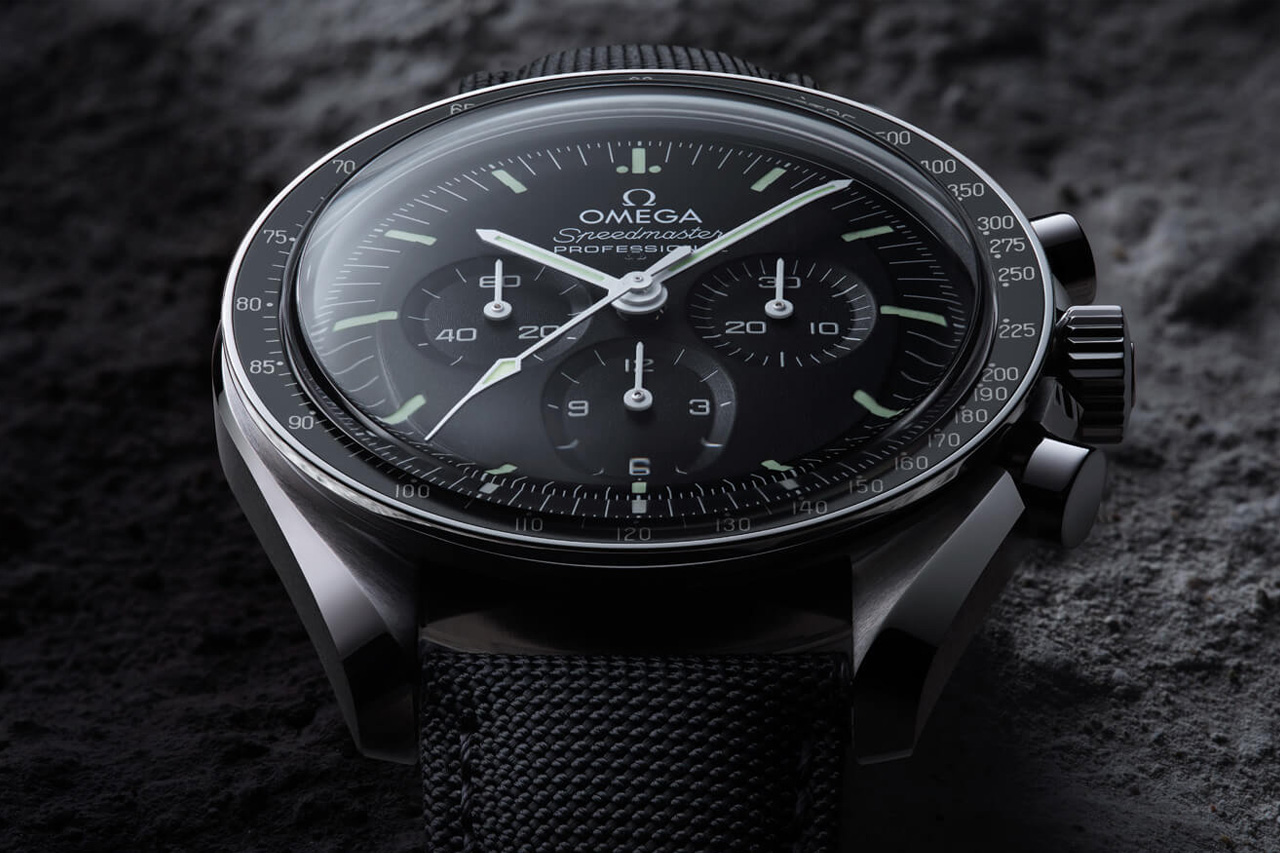 The Omega Speedmaster needs little in the way of an introduction. Buzz Aldrin wore it to the moon, what more do you need to know? It’s seen more iterations than nearly any other watch over the years, but you can still get the original version easily enough. This version is the latest take on the main Moonwatch series, launched just last year. Not only does it have a nice size at 42mm, but it has the classic black dial, as much a signature design to the Moonwatch as the panda is to the Daytona, making it a fabulous affordable alternative. 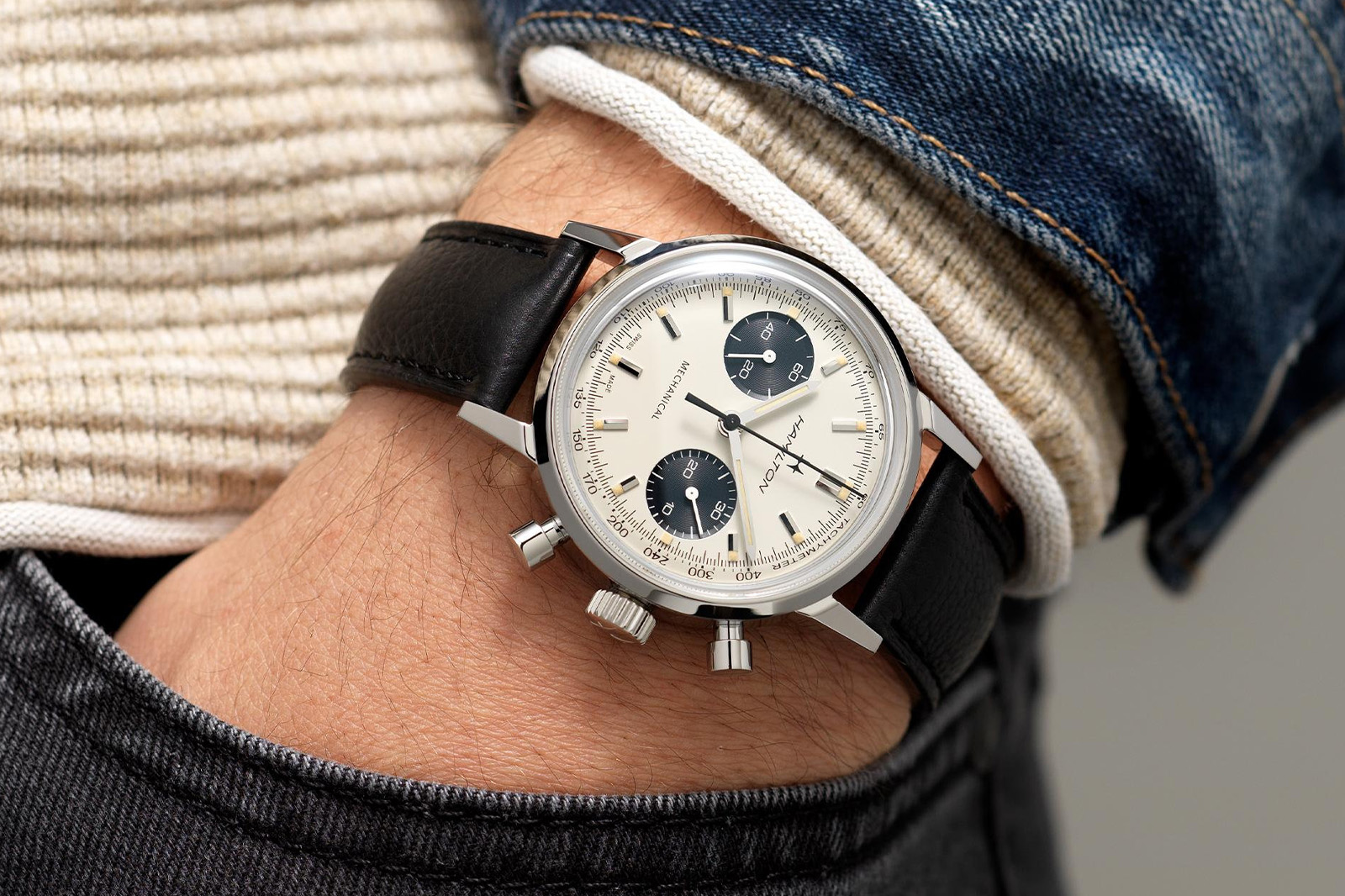 While the Khaki Field Auto Chrono is arguably the more popular Hamilton Chrono, the Intra-matic Chronograph has more in common with the Rolex Daytona stylistically. Although, either would be a solid affordable alternative. The Intra-matic has a bi-compax chronograph layout in a panda colourway with a peripheral tachymeter. The vintage flavour is strong, enhanced by the box-shaped sapphire crystal. Inside, it houses the H-51 manual movement, which has a 60-hour power reserve, combining vintage inspired charm with modern utility. 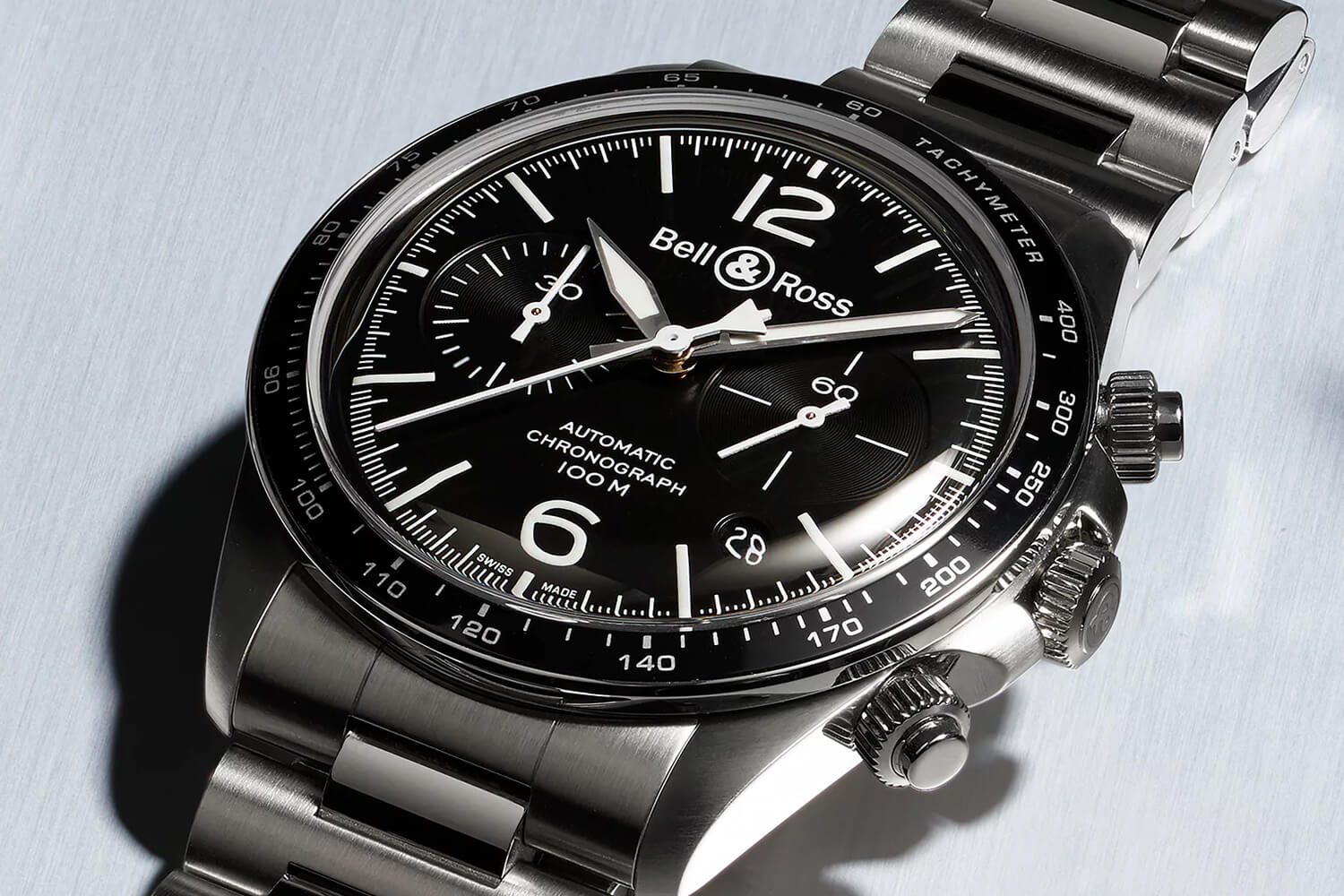 Bell & Ross do a lot more than their famous square, cockpit-inspired aviation watches. A lot more. The BR V2-94 is a brilliant racing watch, boasting a more toned-down look than most similar chronographs. It has a restrained, vintage inspired aesthetic with a bicompax chronograph layout on a black dial with white accents and a tachymeter bezel. The pushers are suitably retro and the built up crown guards protect the crown while you’re haring round a circuit. 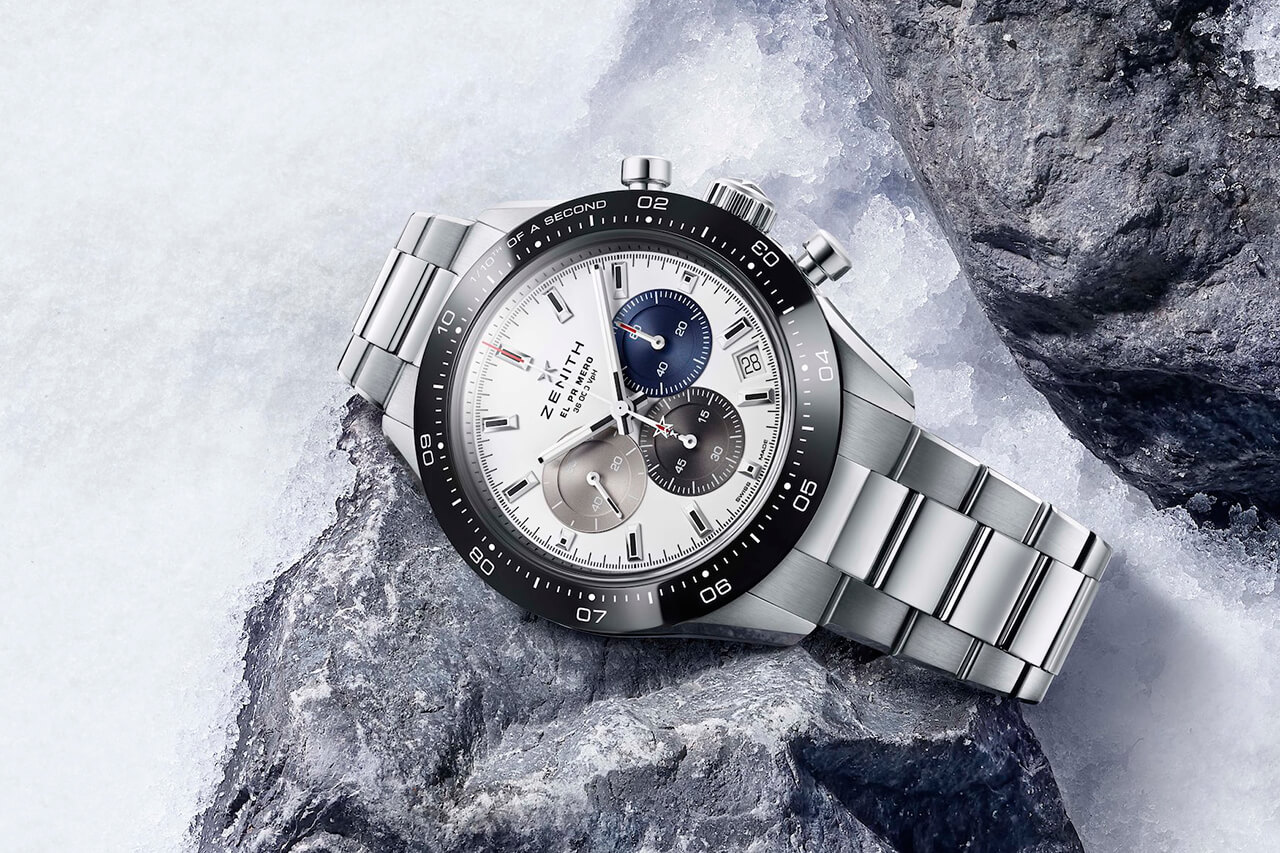 Zenith has actually had a long-time relationship with the Daytona; the original Rolexes were actually powered by the famous El Primero chronograph calibre. While Rolex has moved on to their own movements, the El Primero itself remains a mainstay of Zenith’s collection, no matter how much they want to shift focus to the Defy. This is the Chronomaster Sport, which was given the nickname “Zenith Daytona” by fans at its launch. It has the signature tricolour subdials in light grey, dark grey and blue, making it very distinctive. Unfortunately, it comes in as the most expensive of the affordable alternatives to the Rolex Daytona and is only really affordable in comparison to the insane prices Daytonas can command. 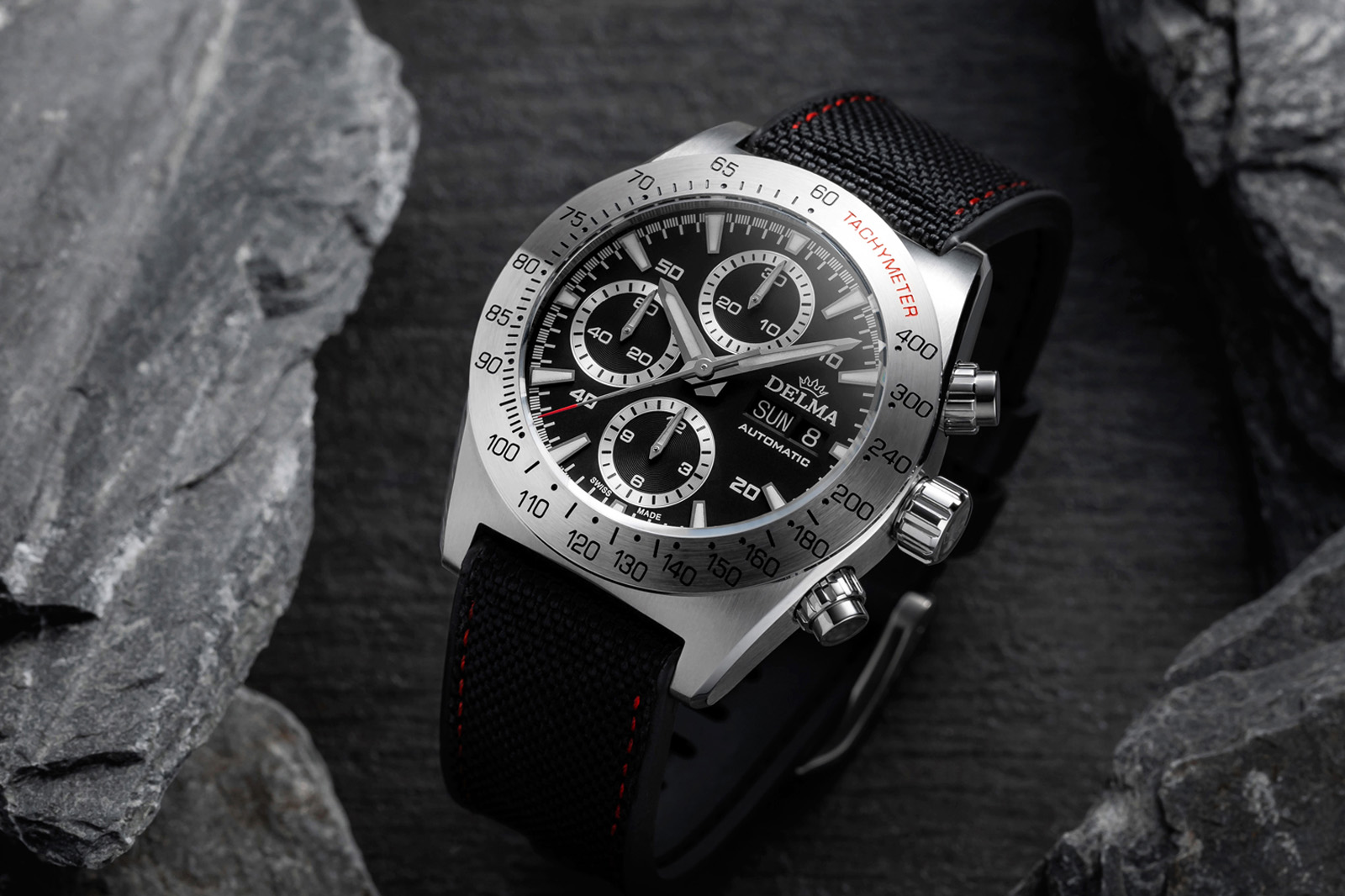 If you were to take the tricompax display of the Rolex Daytona and rotated it by 90 degrees, you’d get the Delma Montego Chronograph. It gives the Montego a unique aesthetic amongst all of these affordable alternatives to the Daytona, making it feel fresh. The 2022 edition is slimmer than its predecessors, reduced to a much more wearable 42mm with a height of 16.2mm. That change makes it a more versatile wristwatch suitable for daily wear without compromising on functionality. 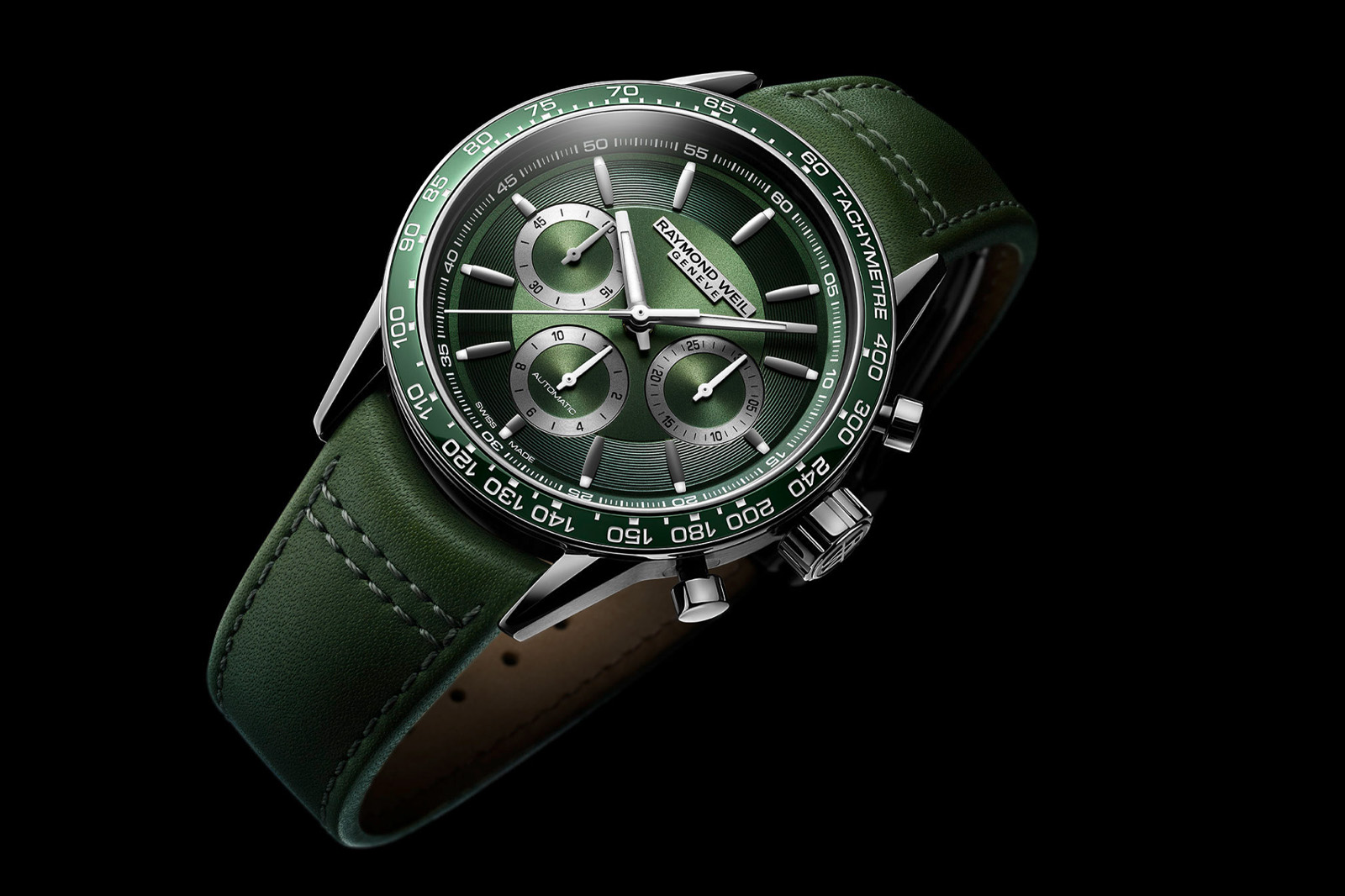 The Freelancer Chronograph as a collection is a significant upgrade from the rest of Raymond Weil’s affordable stable. Everything from the lumed indexes and applied logo to the ceramic bezel makes it feel like a much pricier timepiece than it is. There’s a good reason it’s been a hit, and the independent watchmaker’s recent green overhaul perfectly suits the post-2021 era of watchmaking. 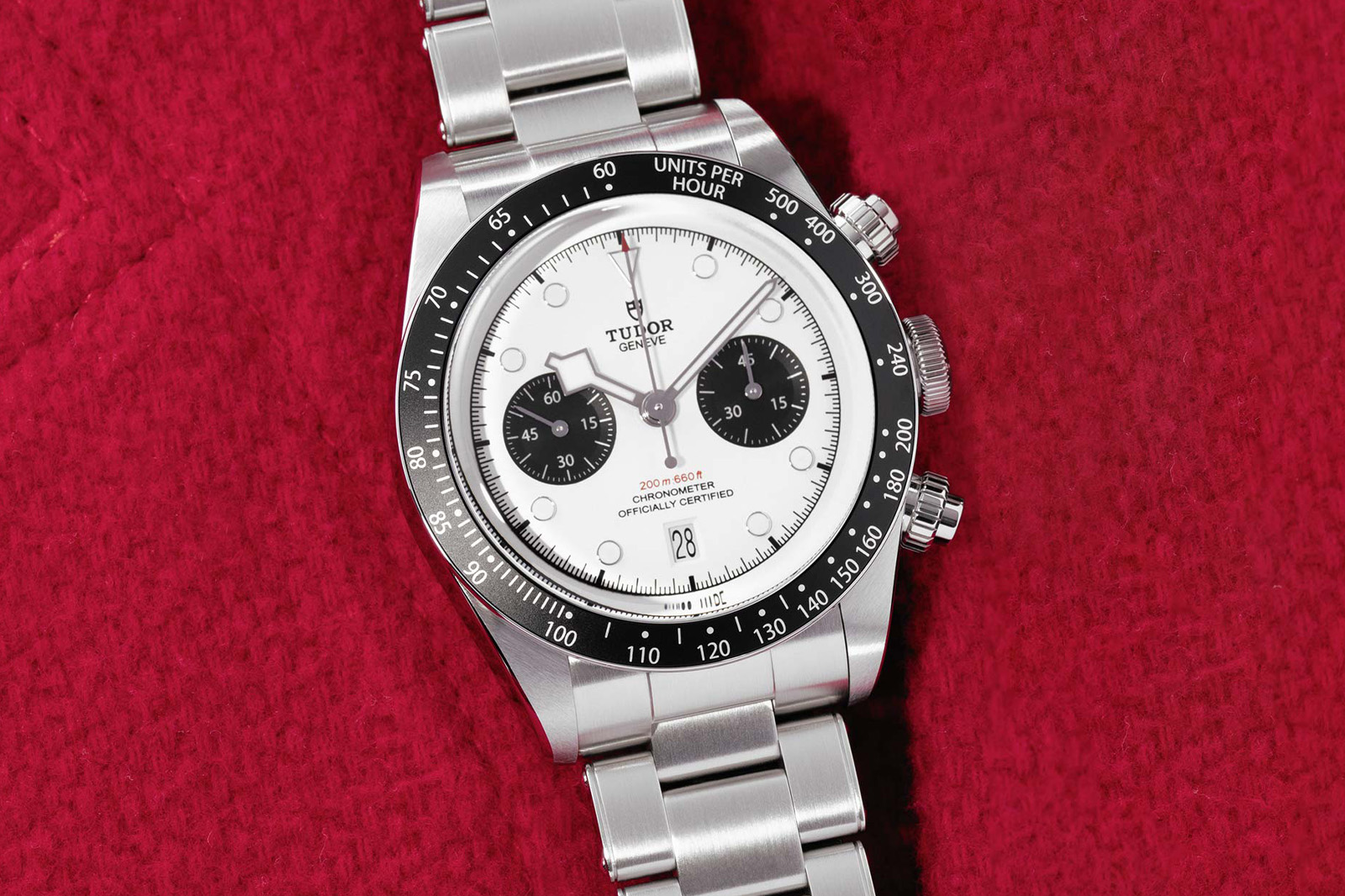 Tudor have done a lot of work recently to get out from under the shadow of their stablemate, Rolex. However, we’ve included the Black Bay Chrono as an affordable alternative to the Daytona for a reason. Their high contrast panda dials feel like full on Paul Newman Daytonas in terms of style, available in either the standard black subdials on white or the reverse white subdials on black. It’s all about the standard panda though, especially with the black anodised aluminium bezel engraved with a tachymeter scale. 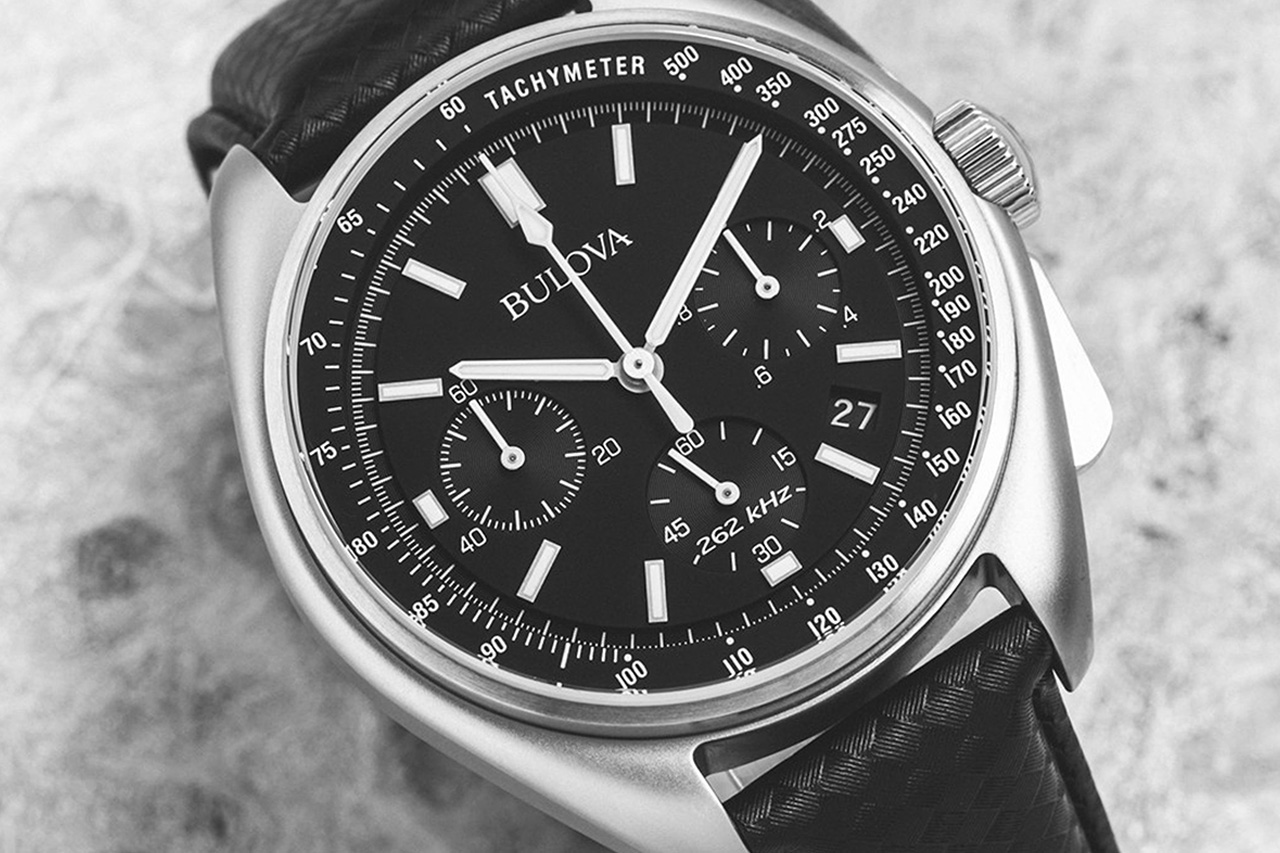 If you’re looking for extreme accessibility, Bulova have got you covered. The Lunar Pilot is part of their Archive Series and combines a tricompax layout with a quartz calibre for reliability and accuracy. Ironically, that means it could easily be considered the most practical timepiece on this list even if it’s the least prestigious.