Take a Dive: Ten Dive Watches That Tick All the Boxes - Oracle Time 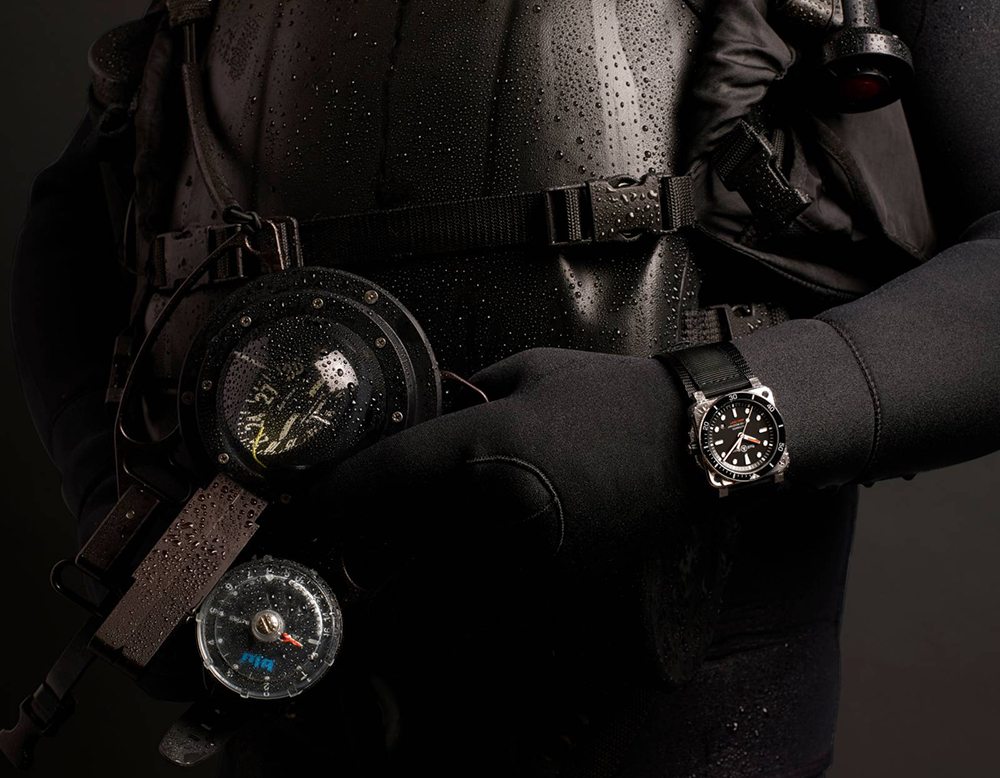 Picture the scene: you’re diving off the coast of Barbados in search of a previously unexplored galleon wreck like the gentleman diver you are. However, winding through the moulding timbers you lose track of time – not to worry though, you’re wearing a watch. Looking at your wrist you discover that the case is just as water-logged as the wreck. How long have you been down there? How much air do you have left? Most importantly, can you get out in time? Granted it’s a problem that most wearers won’t actually come across, but it’s good to know that a diving watch can actually live up to its name. They are after all a vital instrument, not just a style necessity. Still, you can be sure none of the following will let you down in your time of need, whether that’s treasure hunting in the tropics or heading to a beachside bar for a dark and stormy… 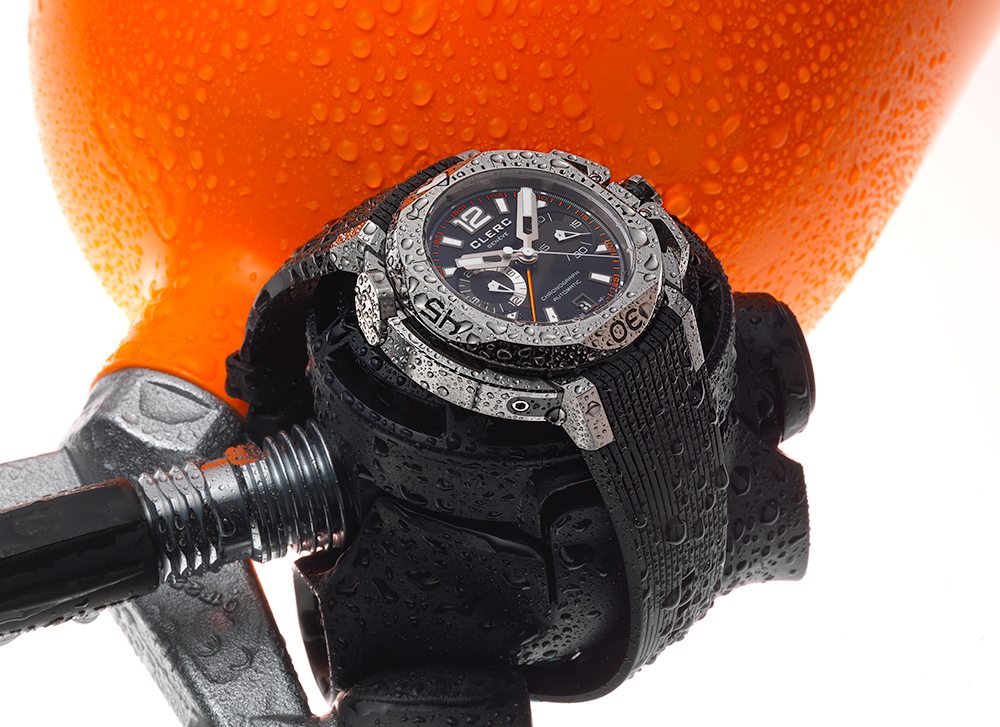 For some watchmakers 300m is enough for a diving watch. Some might even go higher, perhaps to 400 or so. Clerc’s signature Hydroscaph case is resistant to 500m and really looks the part. At nearly 50mm wide with its faceted design it cuts an imposing figure, especially with the big, unusual chronograph pushers designed to be used underwater. Even the chronograph is displayed centrally, enhancing legibility on the vital diving function. Clerc isn’t well-acquainted with compromise. 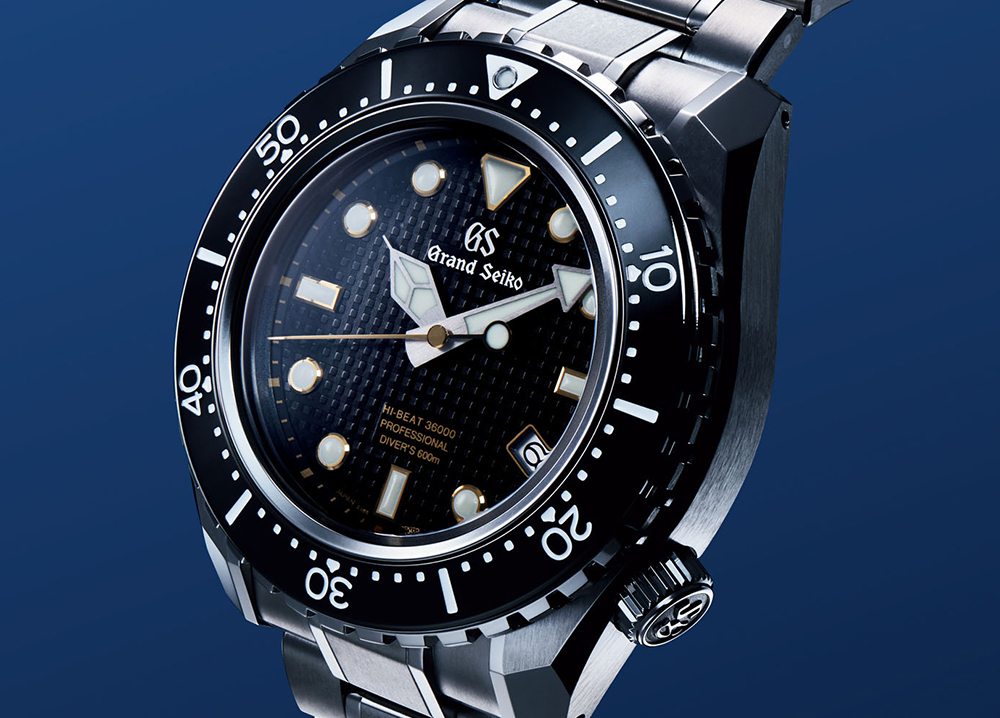 Grand Seiko have always been one of the unsung heroes of watchmaking. The downside? They’ve never been inclined to experiment. Even here in a type of watch new to the Japanese watchmaker, the 600m Diver’s is nothing unusual. You might even call it safe. Look a little closer however and it begins to shine. Hand-polishing throughout, an iron dial to counteract magnetism, the phenomenal Hi-Beat movement – the GS Diver might not be anything new by most standards, but what it does do it does so flawlessly. 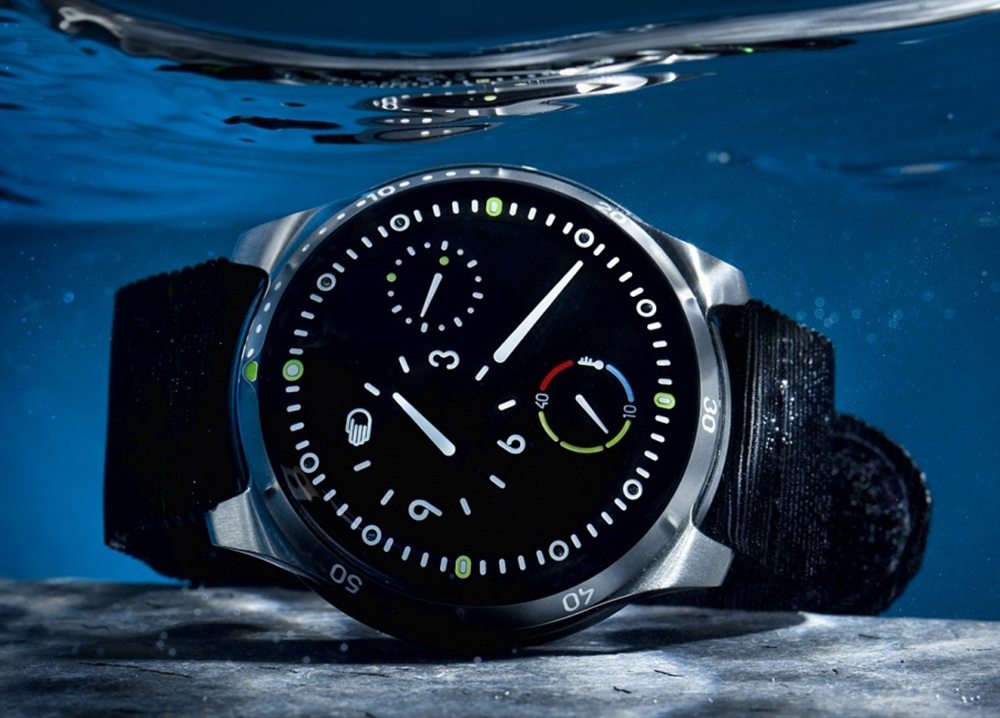 It might not look like any kind of diving watch, but the Ressence Type 5 has a secret. It’s the first mechanical watch to be perfectly readable underwater. Where others have to rely on layers of lume and white-on- black contrast, the Type 5 is instead full of oil. This not only makes it viewable from any angle but cancels out underwater pressure in a miracle of hydraulics. The Type 5 also happens to offer ridiculous levels of cool. 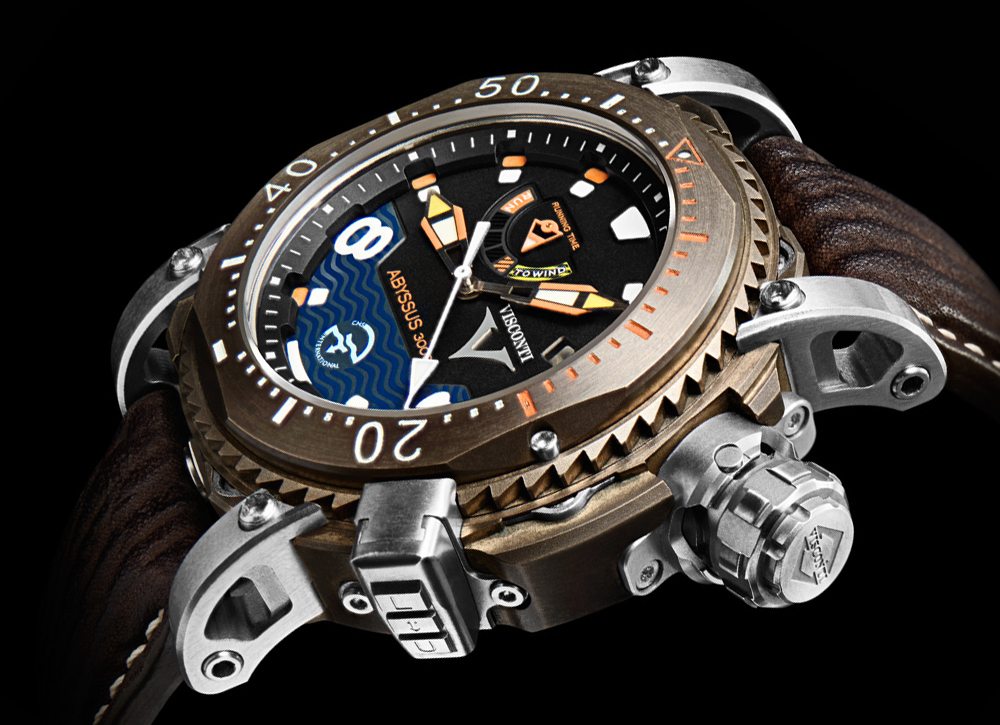 As far as diving watches go, this is pure insanity. For one, the timepiece sits at a staggering 300 bar; for another… well, just look at it. Between the orange highlights, saw blade bezel and those titanic lugs, there’s nothing else quite like it. It’s a not insignificant 45mm across but thanks to the gargantuan crown designed for the deep sea it feels much, much larger. This is a watch that laughs in the face of everything shallower than the Mariana Trench. 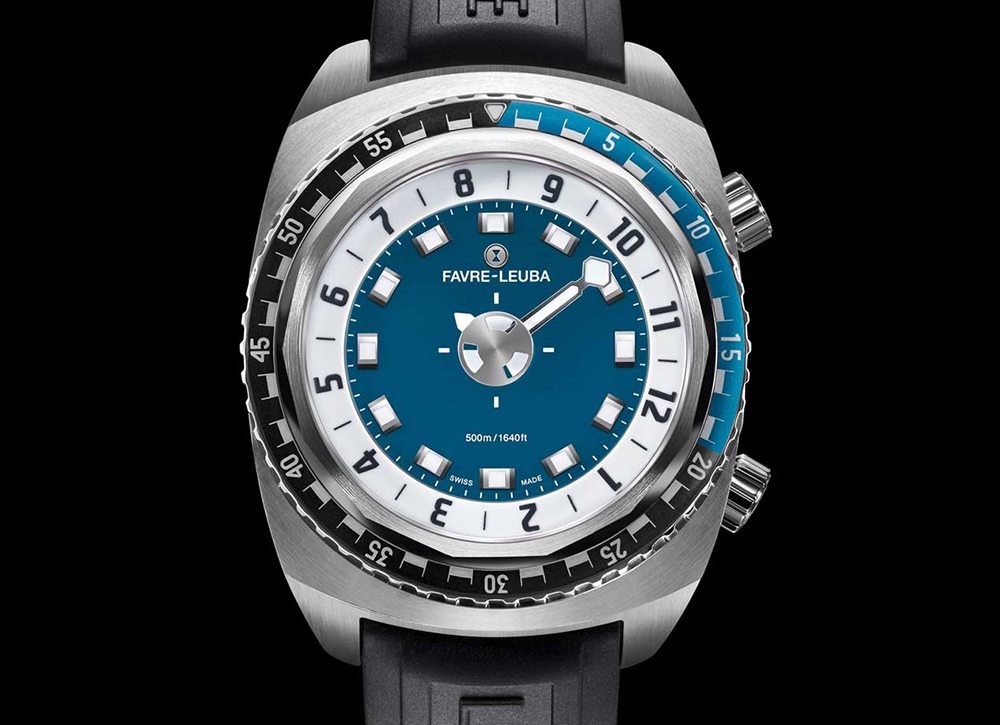 Legibility is paramount for a diver. Your watch needs to be easy to read at a glance – and with nothing puzzling about it. Fortunately legibility is where Favre-Leuba’s Seventies-esque Raider Harpoon excels. Both the hours and minutes are read off the same hand, with the outer hour disc rotating with the large minute hand. It’s certainly a stylish design and, along with the cool case and blue and white colour scheme, makes for a unique underwater instrument. 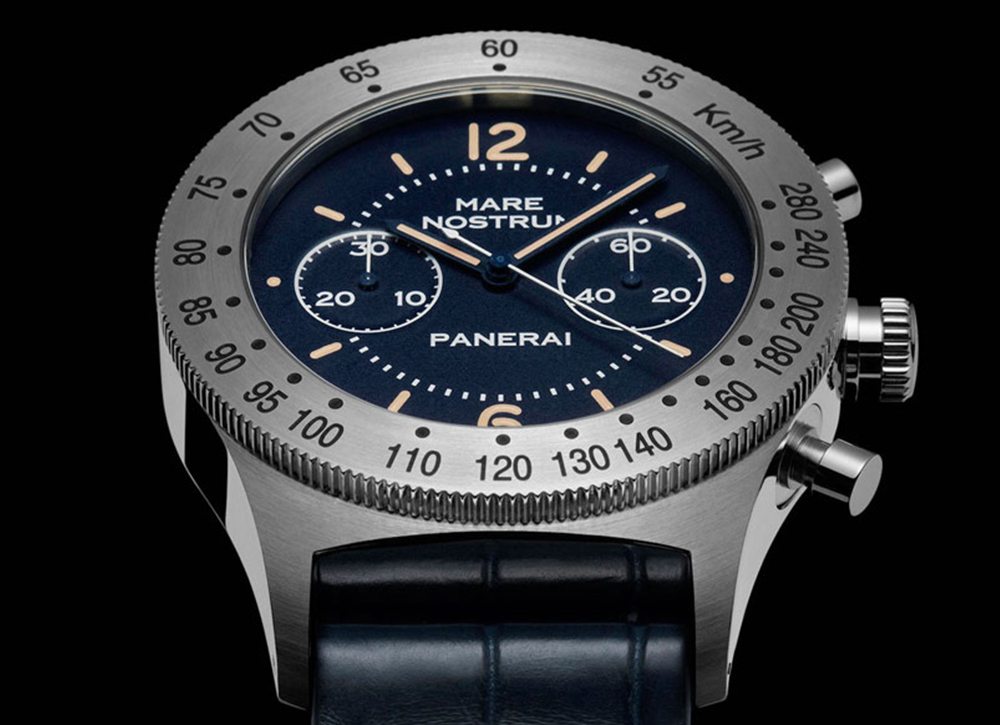 The Mare Nostrum is the Holy Grail of any Panerai collector. The timepiece isn’t as archetypal as the Radiomir or Luminor but is all the more striking for it. Unfortunately a vintage one is also exceedingly hard to get hold of. Never fear, however, as Panerai’s first chronograph is available once again as the 42mm Mare Nostrum Acciaio. Based on the 1993 version rather than the Forties prototype, the deep blue-dialled Panerai is exactly what we’ve been waiting for. 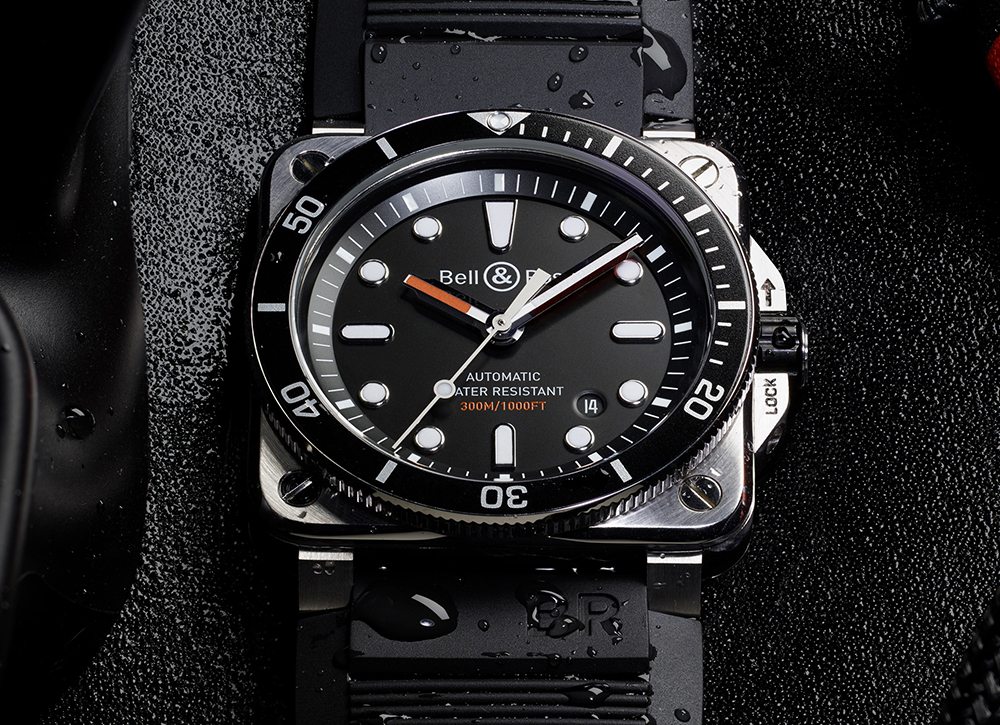 Although the square instrument-panel design might be more at home in a cockpit than a submarine, there’s nothing flighty about the BR03-92. Unsurprisingly it’s not the first diving watch from Bell & Ross – that would be the decades-old oil-filled Hydromax – but it’s the first using their signature case. The watchmaker has done more than simply adding a rotating bezel; a crown guard, reinforced case and reworked dial make it a functional instrument even at 300m down. Breitling may have a special relationship with the air but rather than 30,000 feet up the Superocean 44 Special prefers to spend its time 3,300ft down. At 44mm the case is a good size and the watch bears all the hallmarks of a diving watch – a good thing given Breitling’s assurance of ‘Instruments for Professionals.’ The rotating bezel, lume-laced markers and baton hands cover all bases and a COSC certification indicates that the movement does the same. The Planet Ocean has always been a serious diver’s watch, while the America’s Cup has always been a serious sailing race. Put the two together and you get this beauty. A sportier take on the pared-back but bulky watch, the “Deep Black” version – in honour of the Emirates Team New Zealand –  retains all the reasons the Planet Ocean has become OMEGA’s non-spacefaring flagship. It’s also Master Chronometer certified – good to know when you’re in the final leg of a race. 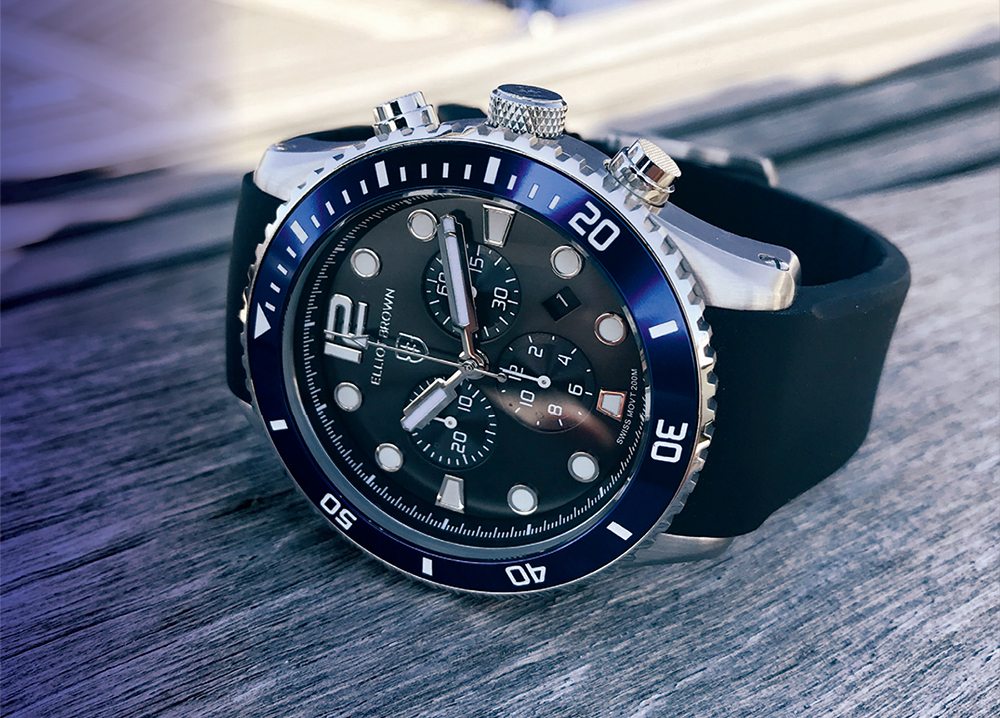 Sometimes you just need a watch that can take a few knocks, something that you can risk among the hidden rocks of the coast. Elliot Brown’s Bloxworth can take a lot more than that. It’s water resistant to 200m which is a good start, but it’s also been tested for durability to within an inch of its life – it was tied to the mast of a clipper for an entire race! If you actually manage to damage it then you probably shouldn’t be in the water anyway.